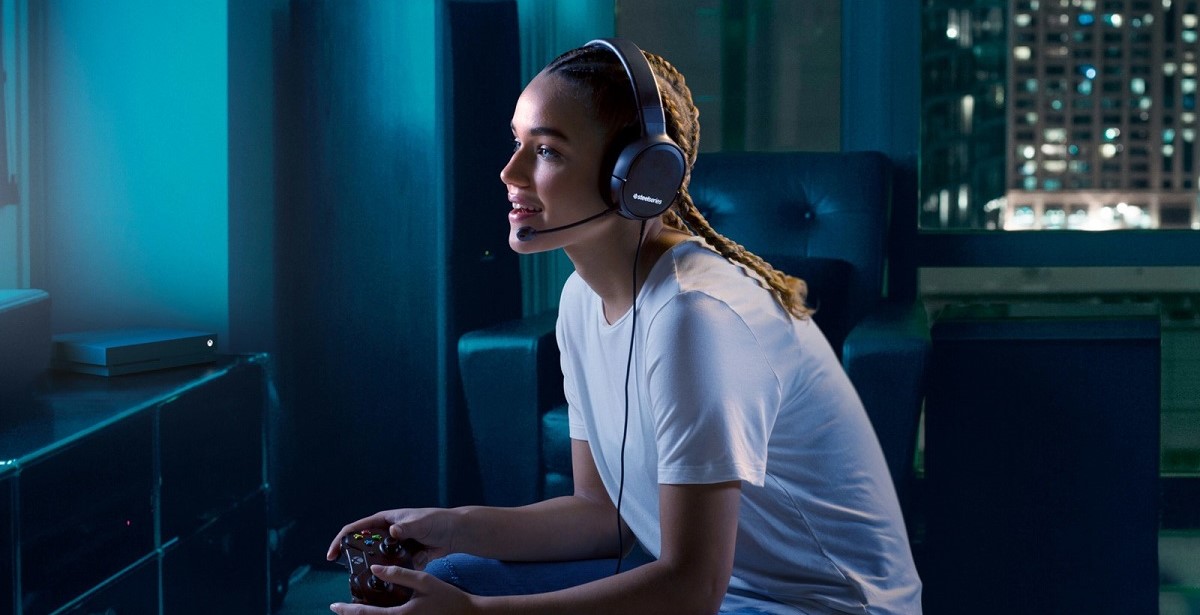 SteelSeries are renown for their Arctis 7 and Arctis Pro headsets, rated as the best high-end gaming headset by PC Gamer. The Arctis 1 comes as a budget offering, promising you a quintessential SteelSeries experience, but are they worth looking at over the Arctis 3's? SteelSeries sent a set over to us, and we can definitively say that it is a yes/no answer. 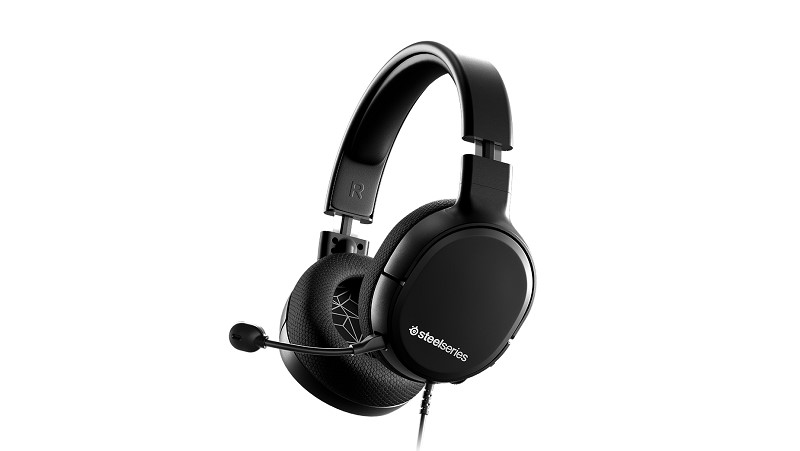 The SteelSeries Arctis 1 features SteelSeries' signature headphone design, used across the board, from the budget models we see here, to the ultra-high-end premium models such as the Arctis 7 and Arctis Pro. This similar design element gives the entry-level Arctis 1's a premium look and feel, something you would expect from the SteelSeries brand.

The SteelSeries signature headphone design element gives the entry-level Arctis 1's a premium look and feel, something you would expect from the SteelSeries brand

The Arctis 1 features a sturdy build quality, with a steel-reinforced adjustable headband, to ensure a snug and comfortable fit. The ear cups are lined with a breathable polyester fabric, and while it doesn't get too hot, it can make extended play sessions rather toasty. However, the ear cups have more than enough cushioning to make the headphones comfortable for a considerable amount of time, also preventing them from digging into your ears, or temples in the case of glasses users.

The detachable ClearCast microphone is fairly flexible, allowing you to position it where you want it to go. Thankfully, as we said, the mic is detachable in the case of wearing your Arctis 1's out in public, or even for transport, if you are worried about breaking or bending the connection. 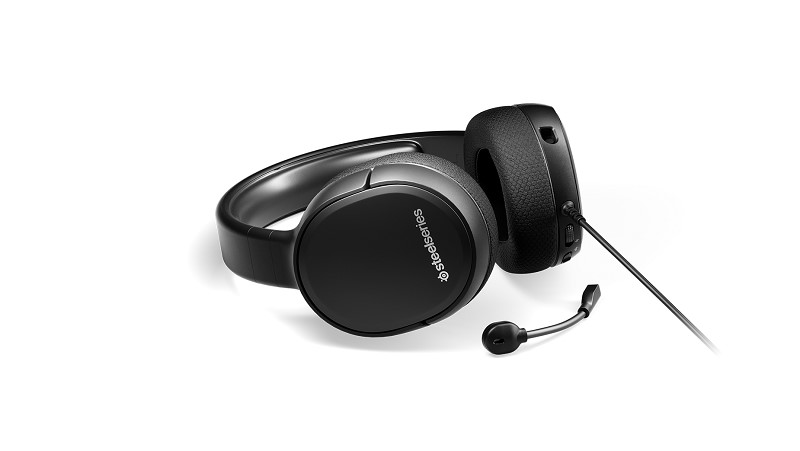 Another design element worthy of praise is the on-headset controls, positioned on the left earcup, adjacent to the cable. The controls offer mic-mute and volume adjustment, and is something that I wish every manufacturer would move to - in-line controls on a cable are nice, but they are often placed in different areas on the cable and leave you scrambling for a fast mic-mute.

Ah, the good stuff. The Arctis 1 features 40mm Neodymium drivers, the same drivers used in the Arctis 7, and there is a definite resemblance in the audio. Also featured is the Arctis signature Soundscape, meant to give you distinct variations in differing audio waves, and while this was present, it was as subtle as the audio it was trying to convey.

The Arctis 1 features 40mm Neodymium drivers, the same drivers used in the Arctis 7, and there is a definite resemblance in the audio

The ClearCast microphone - also featured across the board - features a bidirectional design, and is Discord-certified. In chat, I was clear and concise, but not to the degree that I had anticipated. Thankfully, background noise was, for the most part, eliminated, so my voice was always the focus.

The most enjoyable feature of the SteelSeries Arctis 1's was the cross-platform support, from PC, all the way to mobile. While most headphones are able to run on various platforms, the Arctis 1 was designed with multiple devices in mind, meaning you won't lose features across your devices. On console, the sound was pretty good, and the mic was clear, in both general chat and for more strategic strat calling in competitive titles. The Arctis Soundscape was also present across console devices, which was reassuring, and everything from gaming to media entertainment was a pretty satisfying experience. On PC, you could tweak audio settings to suit your needs, as well as enjoy clearer communication through Discord - thanks to the certification - as well as adjust your game/mic volume through the party app. The Arctis 1 is currently not supported in the SteelSeries Engine 3 desktop app, which meant we had to adjust settings in Windows, through Discord, or in-game. 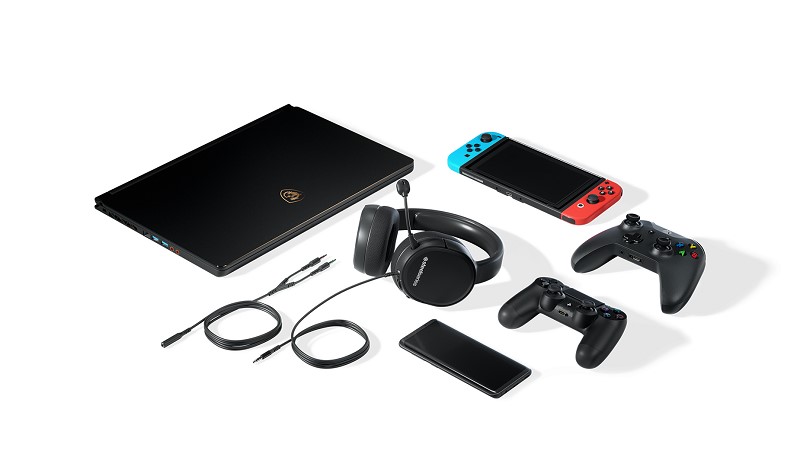 Phone calls and voice notes were far better than a standard pair of earphones often given with your cellphone. Gaming was pretty enjoyable on mobile as well, and while you aren't going to really notice any drastic changes, the Arctis 1's are far superior to any mobile headphones that come standard.

The most enjoyable feature of the SteelSeries Arctis 1's was the cross-platform support, from PC, all the way to mobile

Other than the microphone, my only issue with the Arctis 1 - and this might be a matter of personal preference - is that the local pricing (averaging around R1000) is a little too close to the SteelSeries Arctis 3's. For example, the average local retailer stocks the Arctis 1's for R999, whereas the Arctis 3's are R1399. Now, does this mean you have to skip the 1 for 3? No, no at all, but an extra R400 - on average - for a retractable mic as opposed to detachable, a more comfortable headband, enhanced breathability in the earcups, as well as native support for Windows 10/Xbox One Spatial Audio, which is the native surround sound built into Windows and Xbox One, seems like a better investment. A slightly smaller investment could give you a better return, and while the Arctis 1's are no joke, the Arctis 3's will give a better audio experience - and for a peripheral that is a major part of how you experience games, it is something to look at. However, R400 extra might be stretching the budget too far, and you needn't worry about "settling" for second best with the Arctis 1's. 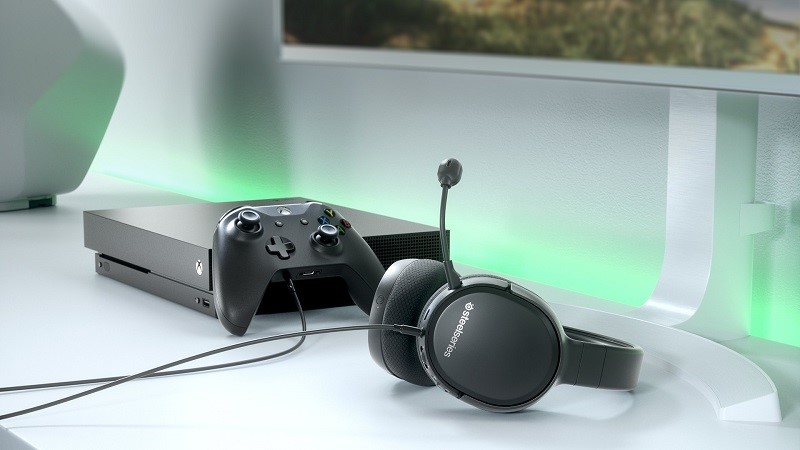 Overall, the SteelSeries Arctis 1 is a brilliant budget headset, offering many of the same features as the higher-end models - though, not to the same degree. The audio was great, they are comfortable, and the ability to switch platforms adds a tonne of versatility to the headset. However, you could invest a little extra into the level above, but you will never be settling for a sub-par experience with Arctis 1.
8

Media/mute controls on the earcup

Local pricing is close to Arctis 3

Saajid S
There is an Arctis 1 Wireless as well... dont know if we will will see it here, should be on a similar price point.