The best live-action Spidey yet. 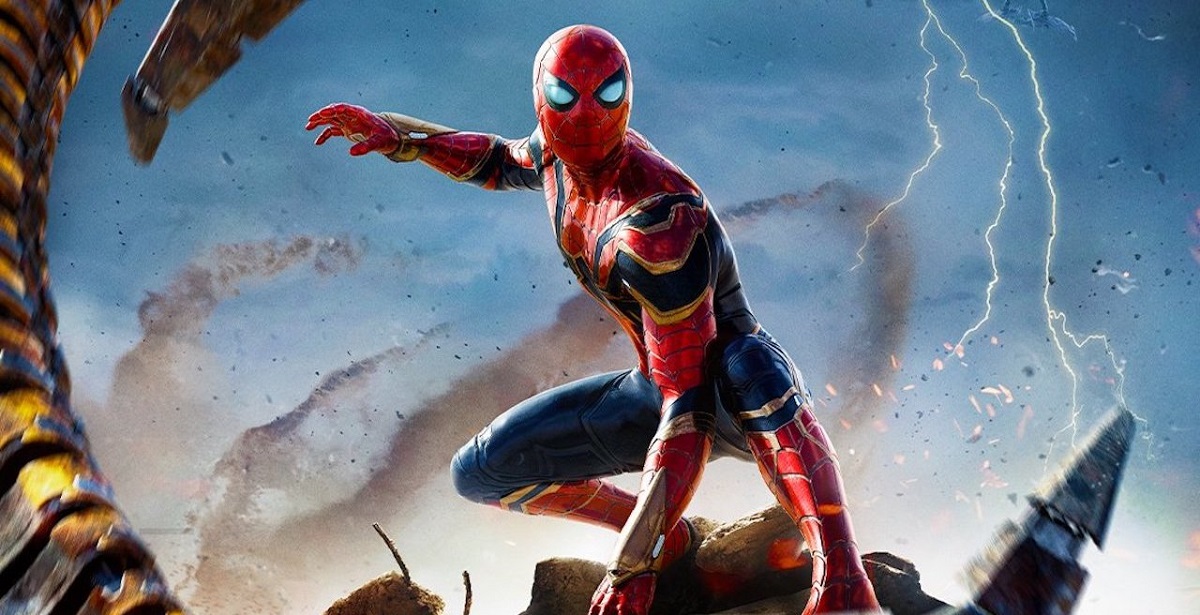 Nostalgia is one hell of a drug. If anyone really understands how nostalgia can almost fuel an entire film, it's Marvel Studios. They managed to accomplish quite a feat with two juggernaut superhero flicks in Avengers: Infinity War and Avengers: Endgame, and they're carrying that momentum well into the next phase. Spider-Man: No Way Home, the concluding film in their MCU "trilogy" of Spider-Man films, is not just a leg above what has come before it. It's also the finest live-action Spider-Man film to date.

NOTE: This review is completely spoiler-free apart from what has already (and only) been revealed in the trailers. 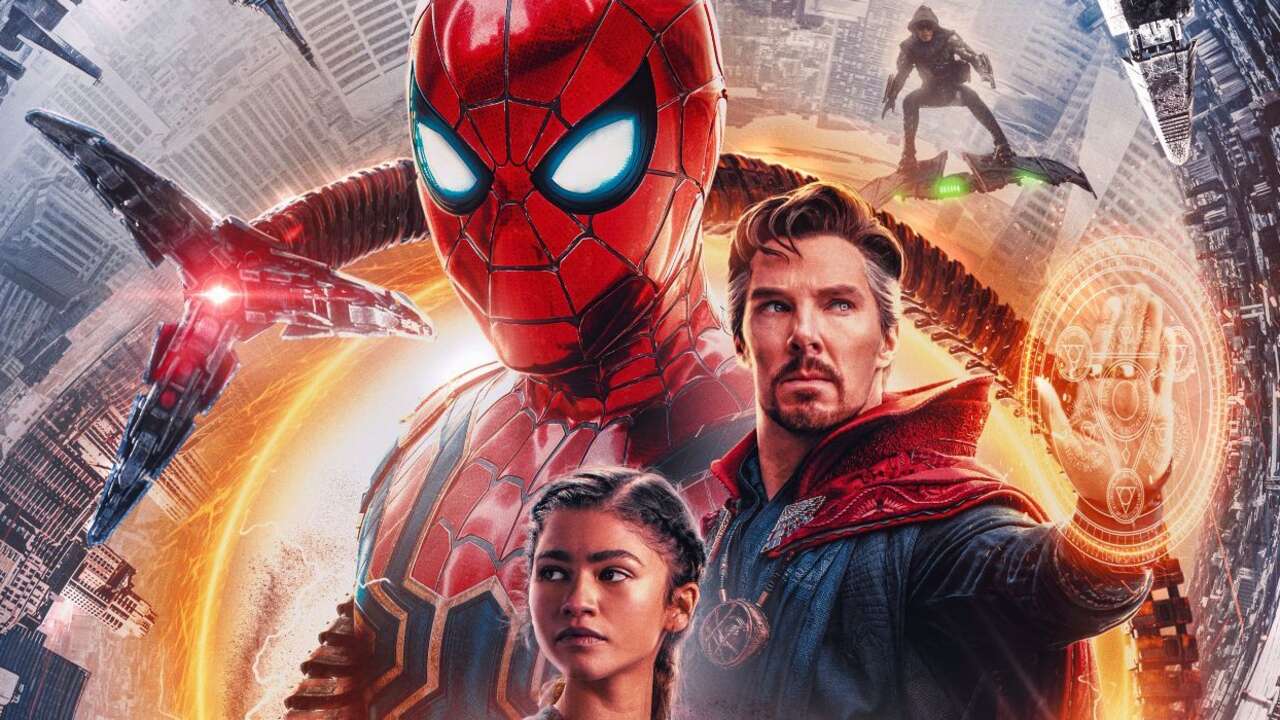 Spider-Man: No Way Home begins where Far From Home left off. The world is now aware that the web-slinger's real identity is Peter Parker. His life quickly becomes chaotic as he's blamed for killing the last film's villain, Mysterio, turning the world against him and his colleagues. A distraught Peter seeks the help of Doctor Strange, who conjures up a memory-altering spell that has disastrous consequences on the multiverse at large.

No Way Home takes a notably darker shift in tone...

I'll be discussing very little about the story other than that, but it absolutely works. In No Way Home, we get to see Holland's Peter Parker in a different light - one that isn't as cheerfully optimistic as the first two films. Instead, No Way Home takes a notably darker shift in tone as it reigns in on beating Peter to the ground with one emotional conflict after another. The thing that makes Spider-Man such an endearing comic book character is the fact that his problems are relatable, and the writers spare no expense in bringing Peter down to his lowest points here. 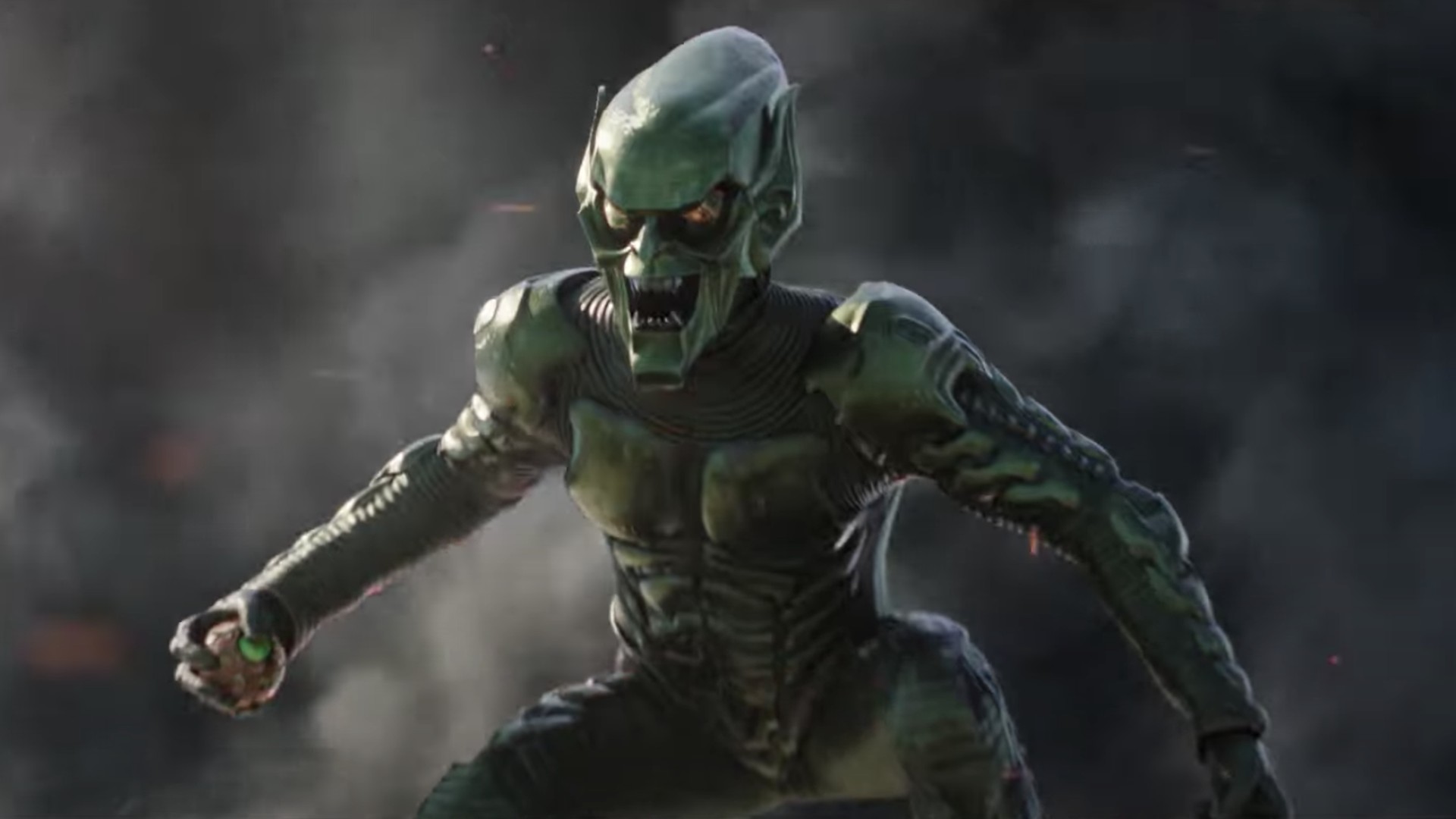 For the most part, the film has a breakneck pace all the way to the end. The first act is a bit messy as it struggles to really grasp its overarching plot, but once we finally understand where it's heading, it's exhilarating to say the least.

Director Jon Watts always had a problem with finding his particular style. In the past two Spider-Man franchises, former directors Sam Raimi and Marc Webb stamped their signature styles all over their films, but Watts never really got to shine with Homecoming and Far From Home. That has all changed with No Way Home, as he directs the film with an iron fist and delivers plenty of unique, fun and emotionally devastating moments that require an excellent and careful directorial sleight of hand to pull off. 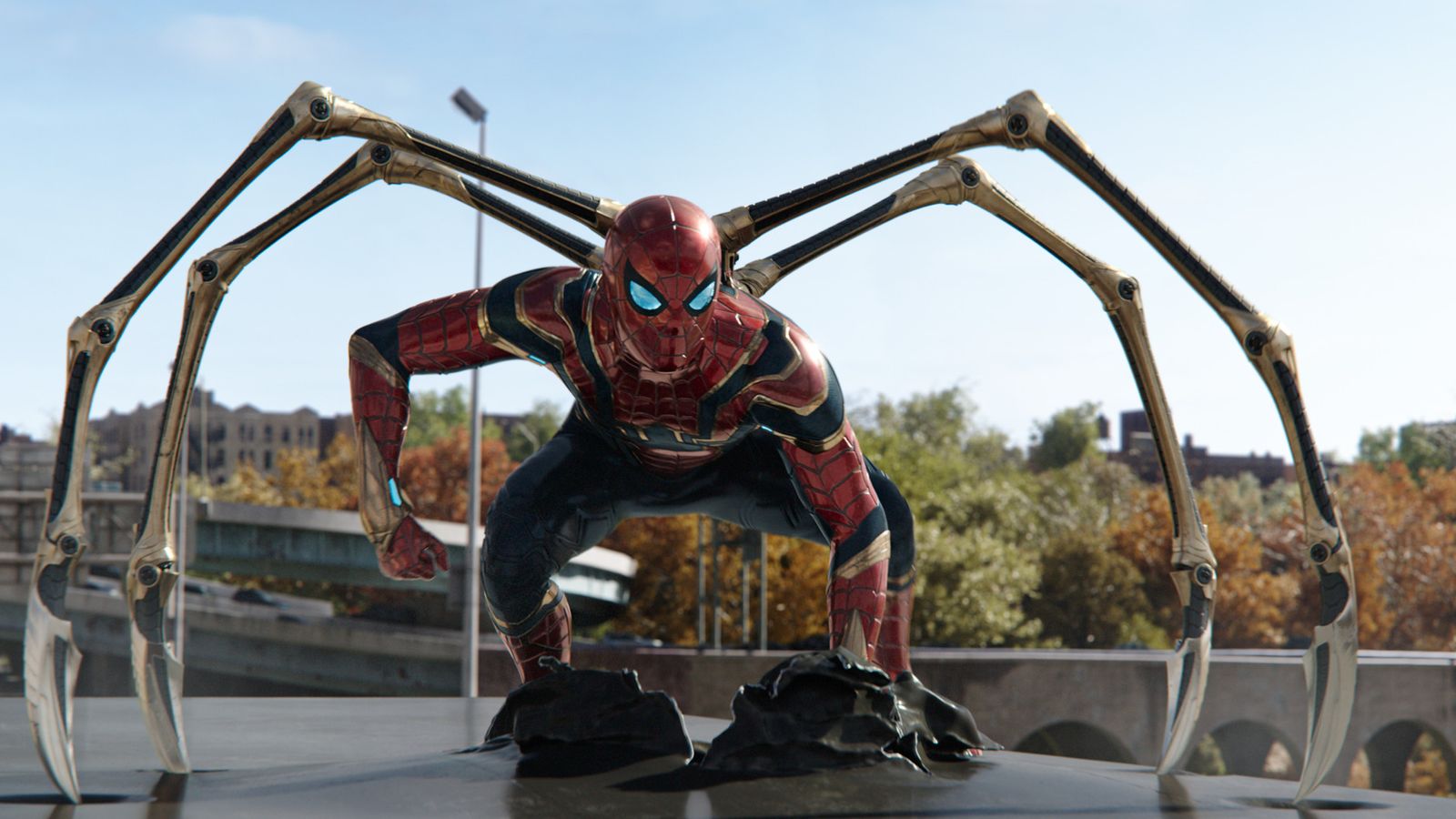 In terms of villains, No Way Home has the largest roster out of any Spider-Man film to date. This might've been a boon on the previous films (namely Spider-Man 3 and The Amazing Spider-Man 2 which both suffered from an oversaturation of villains), but No Way Home finds a remarkable way to balance each and every one of its core villains. To be fair, most of their character development was already done in previous films, but it's still astounding how well every villain gets their opportunity to shine, both in action sequences and personality.

[Willem Dafoe] turns in not only his best performance as the Green Goblin, but brings a sinister energy to the film thanks to Dafoe's dedicated acting and tremendous on-screen presence as Spider-Man's most malevolent nemesis.

It's wonderful seeing Alfred Molina back on the screen as Doc Ock, as he embodies the villain - inner turmoil included - incredibly well. The same can be said about Jamie Foxx who has a better character arc in No Way Home than he ever did in The Amazing Spider-Man 2. Sandman and Lizard get the short end of the stick, but they still feel like an integral part of the plot at all times. However, this is clearly Willem Dafoe's spotlight, who turns in not only his best performance as the Green Goblin, but brings a sinister energy to the film thanks to Dafoe's dedicated acting and tremendous on-screen presence as Spider-Man's most malevolent nemesis. It's a well-earned badge. 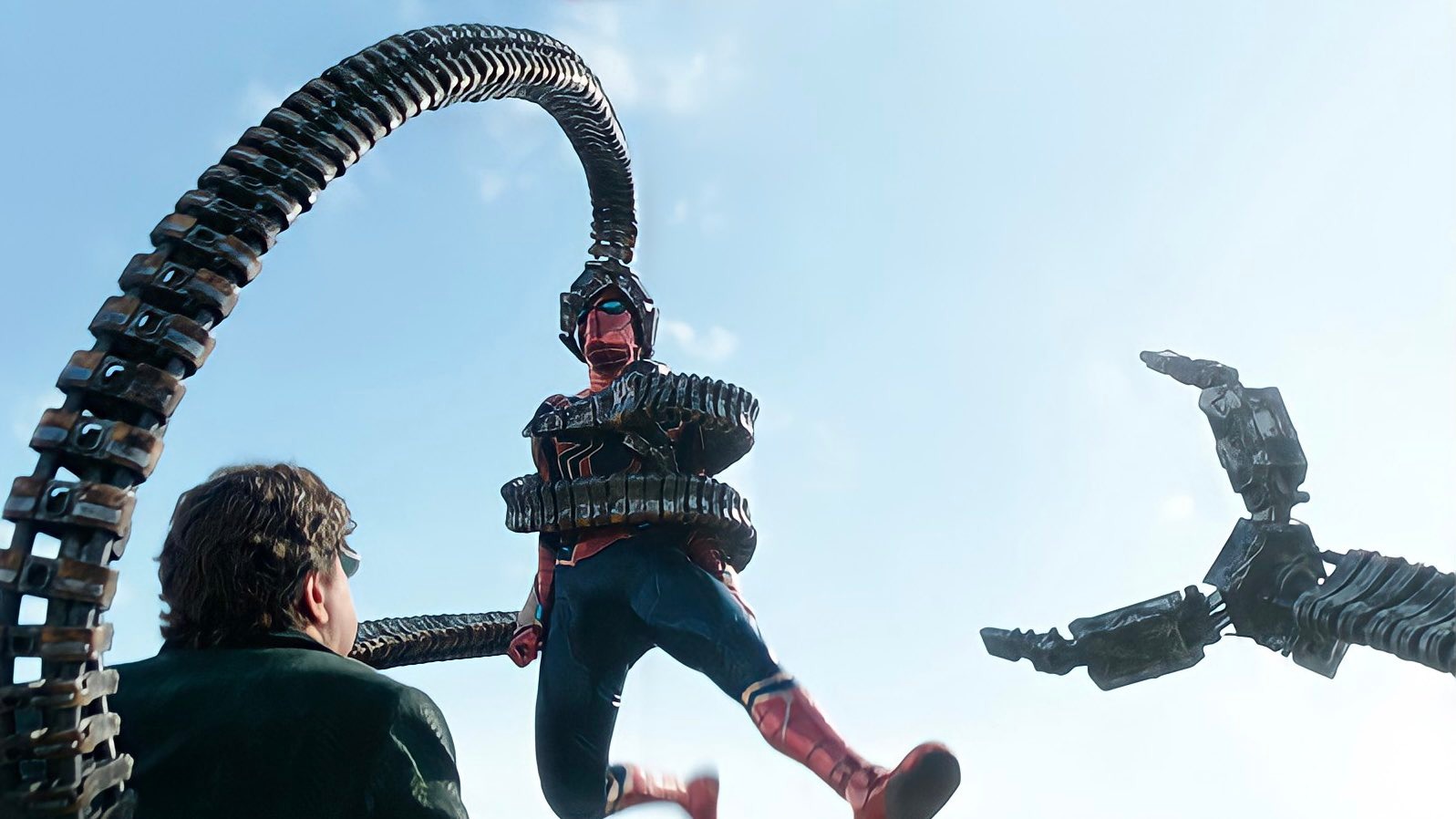 However, while it's a blast of nostalgia seeing all these iconic villains together for the first time in a single movie, the main heroes aren't overshadowed in the slightest. Tom Holland has always rode a fine line between being both a decent Peter Parker and Spider-Man, but in No Way Home, he delivers his best performance yet in the MCU. We get to see Holland's Peter in such a vulnerable and exposed light throughout the film. It makes his character very endearing and, like the old Spider-Man mantra, just your friendly neighbourhood hero with insurmountable odds stacked against him - almost constantly, in fact.

Zendaya also gives her best performance yet as MJ, and the chemistry that Holland and her share in real-life is presented just as charmingly (and some might say awkwardly) as Andrew Garfield and Emma Stone's on-screen relationship in The Amazing Spider-Man films. Benedict Cumberbatch plays a pivotal role in the film as Doctor Strange, and he's great as usual, but I'll shy away from diving into spoilers here. 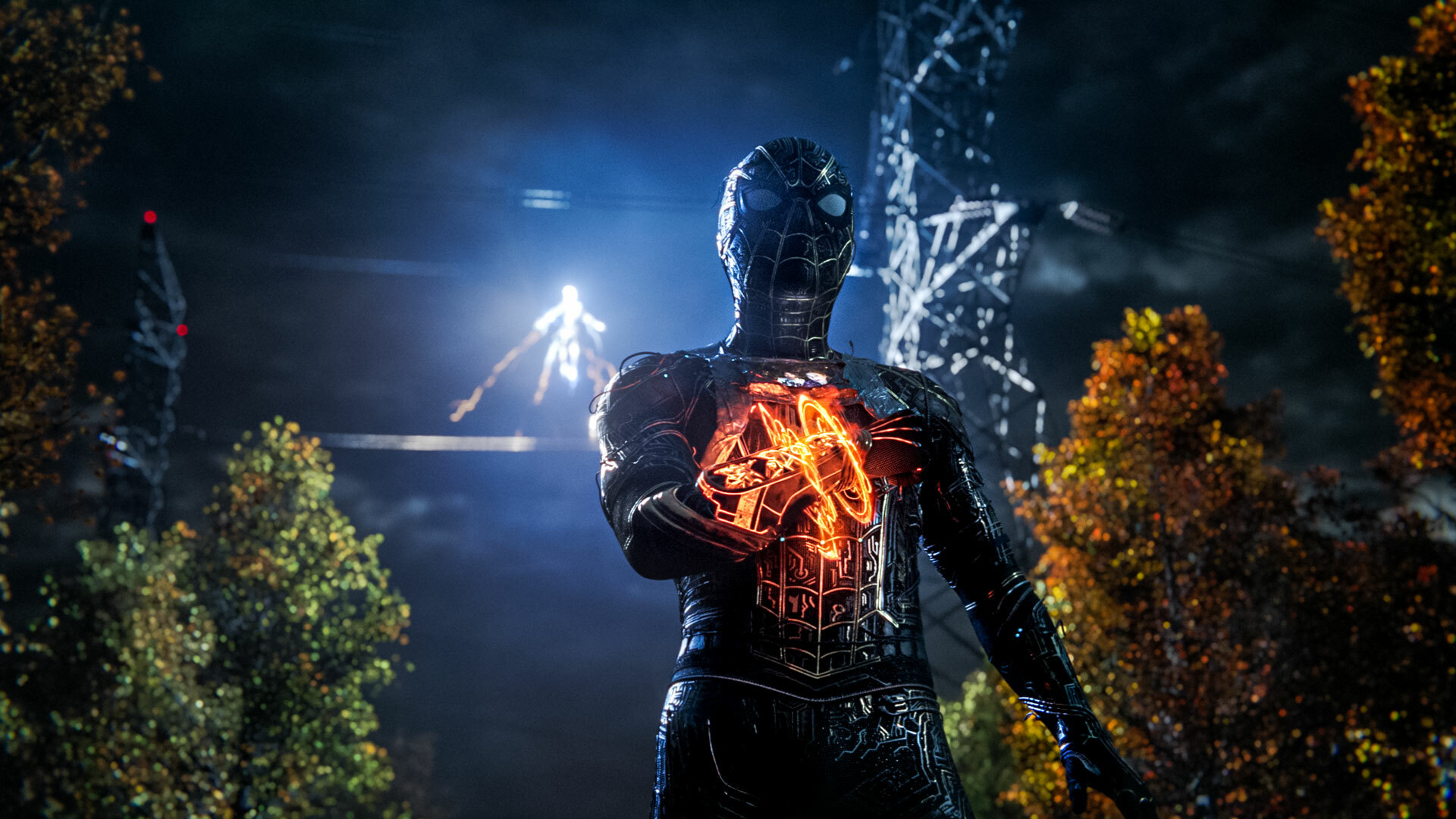 What makes Spider-Man: No Way Home work is something that Marvel Studios effortlessly nails time and time again: the action. Watts is at his most capable at handling stellar action sequences, especially ones with as much variety as all these villains and heroes with extraordinary powers can display. There's one particular action scene inside an apartment building that I won't spoil, but it left me speechless.

The fan service here is done perfectly and to outstanding effect.

However, No Way Home sits on top of the podium as the best live-action Spider-Man movie to date because of its unforgettable third act alone. Unlike Endgame which sometimes forces the "remember this and that person" moments, the fan service here is done perfectly and to outstanding effect. I won't say anything more than that, but it brings a satisfying and highly emotional resolution to plot threads left hanging for decades now. I still can't believe we're at this point in time for the potential of where superhero movies can go next. 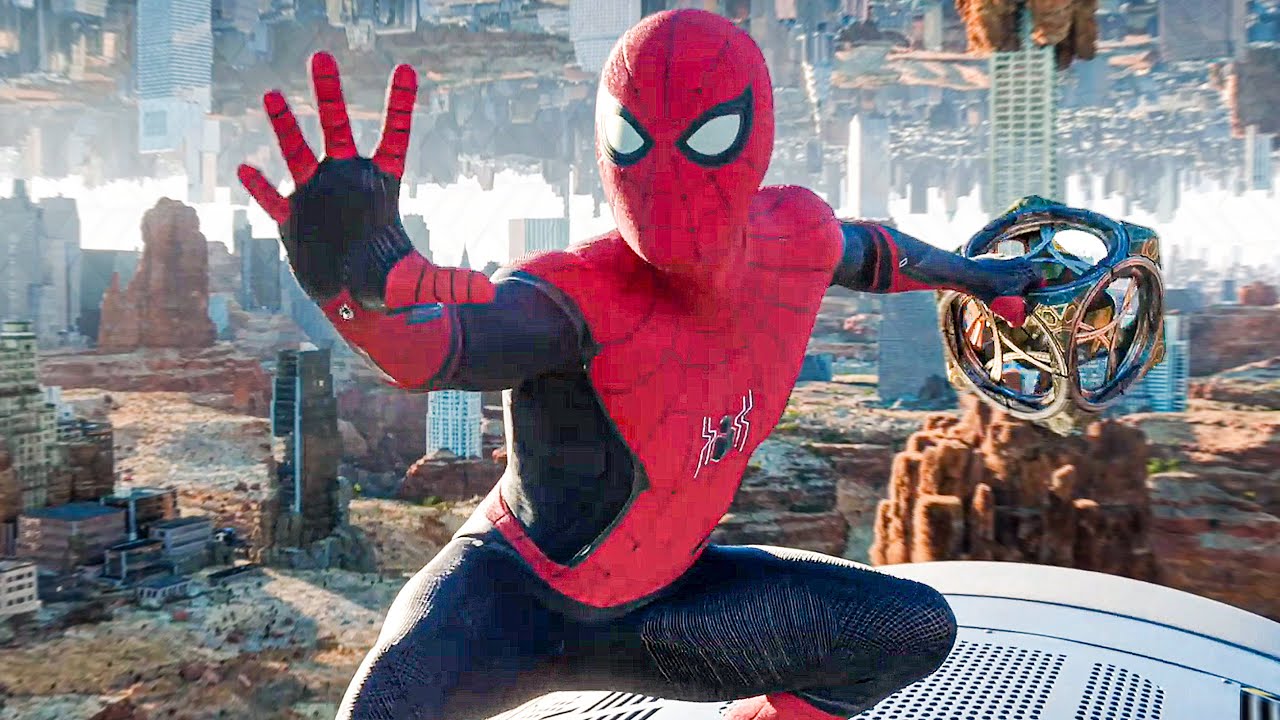 Spider-Man: No Way Home is dark, emotional and unforgettable - a melding pot of wonderful and ambitious ideas that somehow all click together masterfully. The multiverse has been cracked wide open, and so has the potential of what the MCU is capable of accomplishing in this next exciting phase of superhero cinema. No Way Home is probably going to trade blows with Spider-Man 2 as the best live-action Spider-Man movie for many, but there's no doubt in my mind that we've suddenly witnessed history in the making.

Willem Dafoe is a standout

First act is a bit messy

Marka100
Best superhero movie I have seen. Should be 10. Knocks Avengers Endgame out of the park.

Krames
How dare you not give it a perfect score…kidding kidding.

phreak
Can confirm! The movie is fantastic!