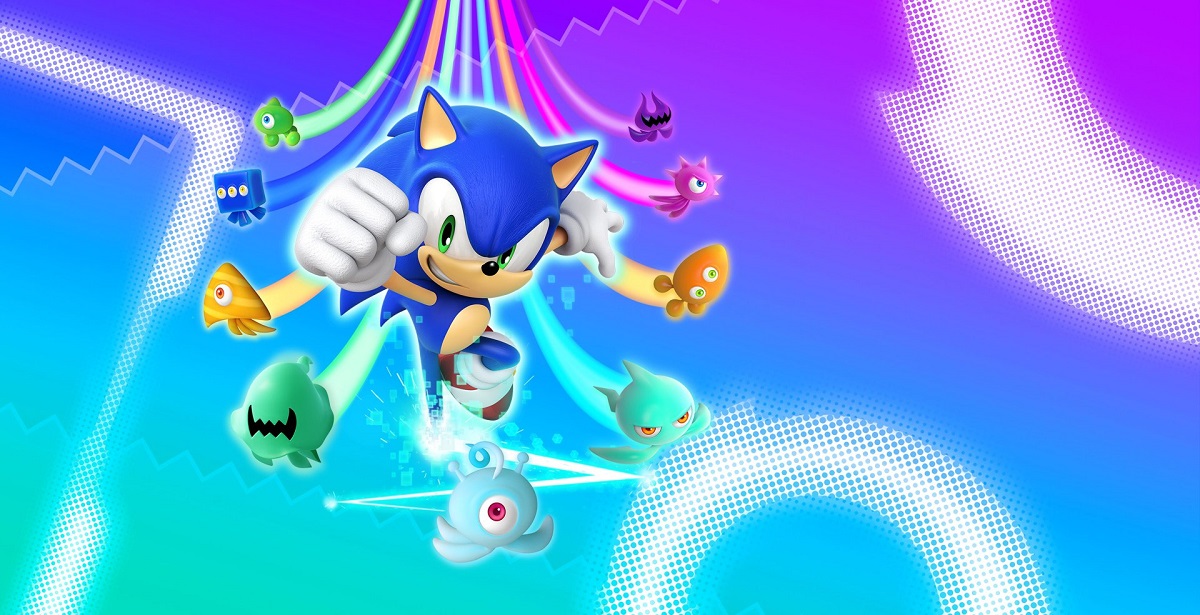 Sonic the Hedgehog may not have the best track record when it comes to the 3D realm, but there have been some exceptions by developer Sonic Team. Sonic Colors, which originally launched on the Nintendo Wii in 2010, is widely agreed to be one of the better entries in the franchise, delivering vibrant visuals, a terrific soundtrack and tight gameplay. Much of that has been retained in Sonic Colors: Ultimate, though you're not missing out on much in the long run.

The story of Sonic Colors: Ultimate is a familiar one that we've probably seen a few times before in the series. Dr. Eggman, seemingly turning over a new leaf, decides to open an amusement park called Dr. Eggman's Incredible Interstellar Amusement Park. Sonic and Tails, suspecting foul play, decide to investigate Eggman's park, only to find out that he's attempting to harness the power of an alien species called Wisps for a mind-control laser that will help him take over Earth. Sonic, along with many of his friends, team up to thwart Eggman's plans.

Sonic Team clearly put a lot of effort in bringing these strikingly gorgeous levels to life.

Sonic Colors: Ultimate doesn't necessarily have the best story in the series (then again, not many do), but the narrative only serves as a vehicle to get Sonic and friends from one level to the next. Sonic explores several levels in this park that glisten with creativity and eye-catching colour palettes. From worlds comprising of confectionaries to rainbow tracks and light bridges in space and more, Sonic Team clearly put a lot of effort in bringing these strikingly gorgeous levels to life. They looked great on the Wii over ten years ago, and they still look phenomenal on PS5. 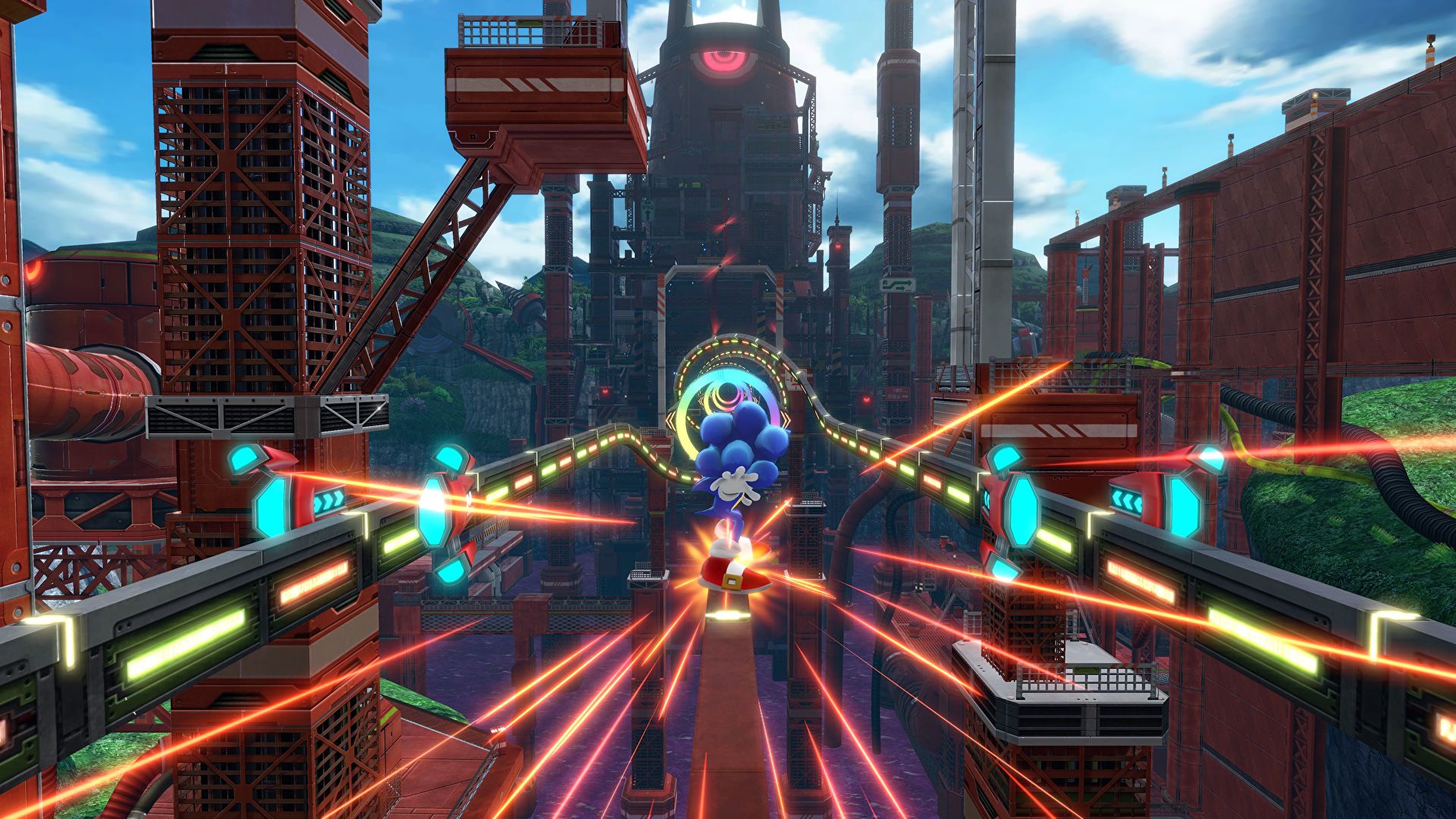 Best of all, thanks to the added firepower of the PS5, there are rarely any framerate drops. With Sonic almost constantly moving at a blazing speed, the levels tended to suffer on the inferior hardware of the Wii, but on PS5, they explode with vibrancy and detail at a buttery smooth framerate. Unfortunately, when levels shift to a 2.5D perspective, that sense of speed takes a big hit and it sometimes brings the addictive speed of the game to a screeching halt, favouring platforming over moving fast. This may have been a bit more refined in titles like Sonic Forces, but its age still shows in Sonic Colors: Ultimate.

Sonic Colors adds the Wisps as a new gameplay mechanic to mix things up. There are nine Wisps to collect in the game (one newly added specifically for this edition), each granting players with new abilities and power-ups. Some Wisps let you dig through ground to find secret levels, while others gift Sonic speed boosts or the ability to turn blue blocks into rings. My personal favourite was the Purple Frenzy Wisp, which turns Sonic into a berserker that chomps on objects and anything in its path, getting larger in the process. The Wisps are a great unique addition to the game that always keeps things fresh and exciting. 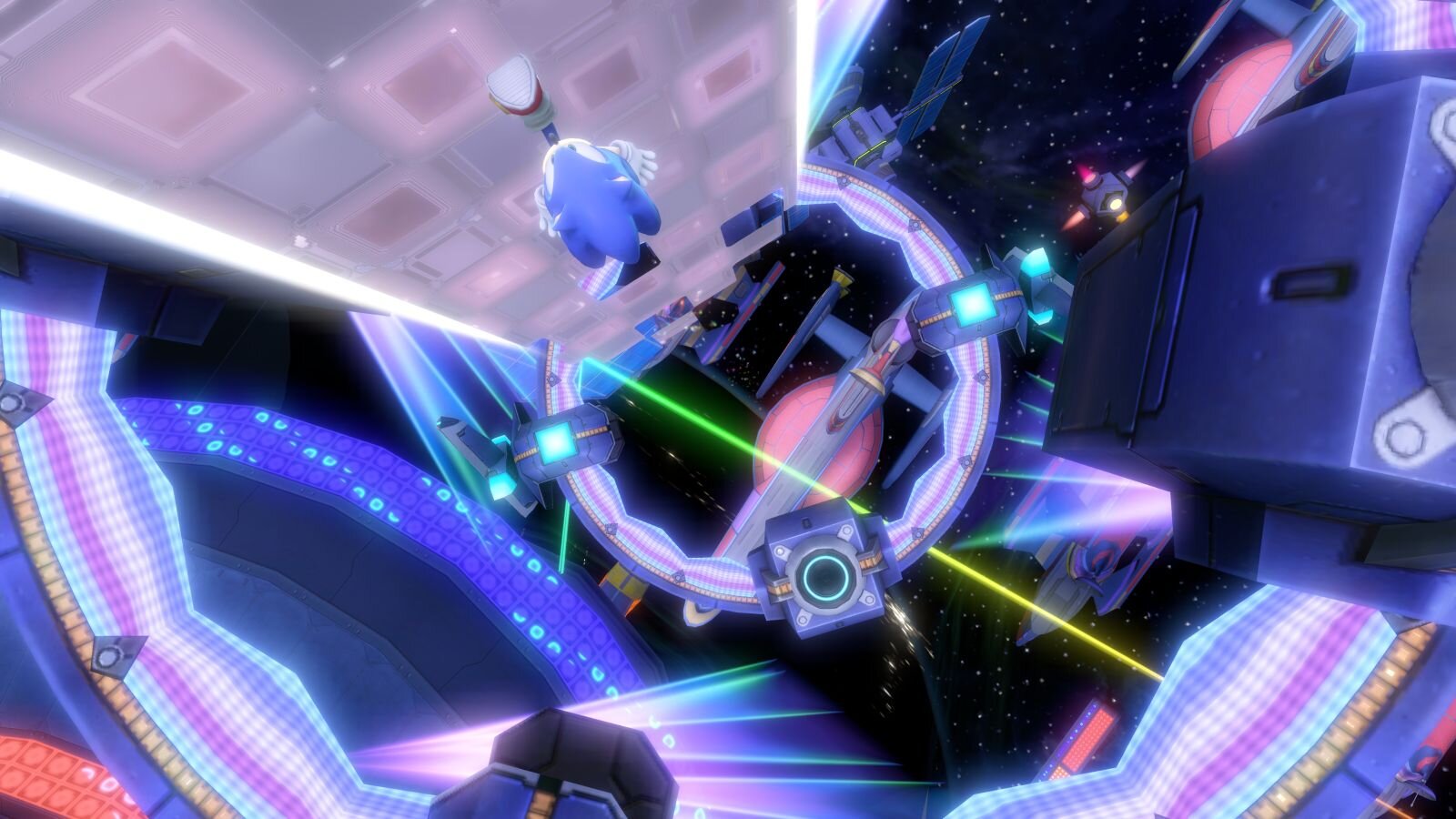 Unfortunately, you won't be able to access some parts of levels on your earlier playthrough due to some paths requiring a Wisp power-up to access. This does encourage repeated playthroughs of each level, adding some replay value, though completionists may need to repeat levels several times before they can find every secret or hidden item and path.

The Wisps are a great unique addition to the game that always keeps things fresh and exciting.

Sonic Colors: Ultimate is at its best when it shifts to the 3D perspective and lets players dash at ridiculous speeds through its large-scaled and smartly designed levels. Instead of bringing your momentum to an abrupt halt when you hit an obstacle, you have a few varying paths to take - both vertically and horizontally - to keep that speed up. Some levels have multiple tracks layered on top of each other in case players drop to paths below, meaning you can always maintain your speed without losing focus while still snatching up as many gold rings as possible. It's all true to the spirit of Sonic, and it feels great. 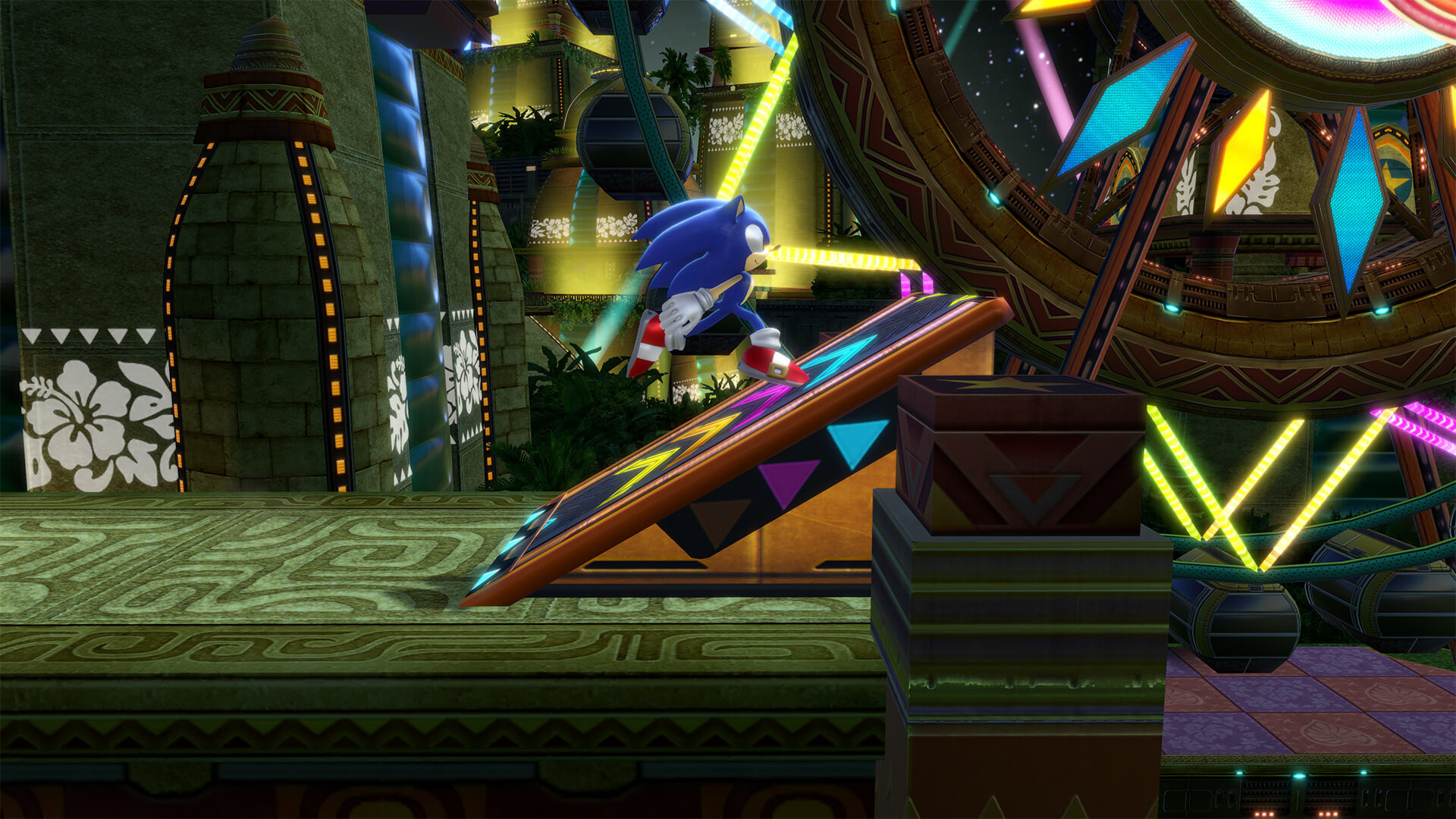 The addition of customization is also a nice touch, as you can change the look of Sonic's dash colours, shoes and gloves. It's not going to win any awards, but if you're looking to add a slightly personal touch to the appearance of Sonic in your playthrough, you now have that choice.

That said, Sonic Team and Sega haven't improved every facet of Sonic Colors: Ultimate. The cutscenes have aged poorly, and they often look dated and low-res when a simple remaster could've worked wonders. This includes the voice acting, which is B-grade at best yet somehow still fits Sonic's history of having questionable voice acting throughout. 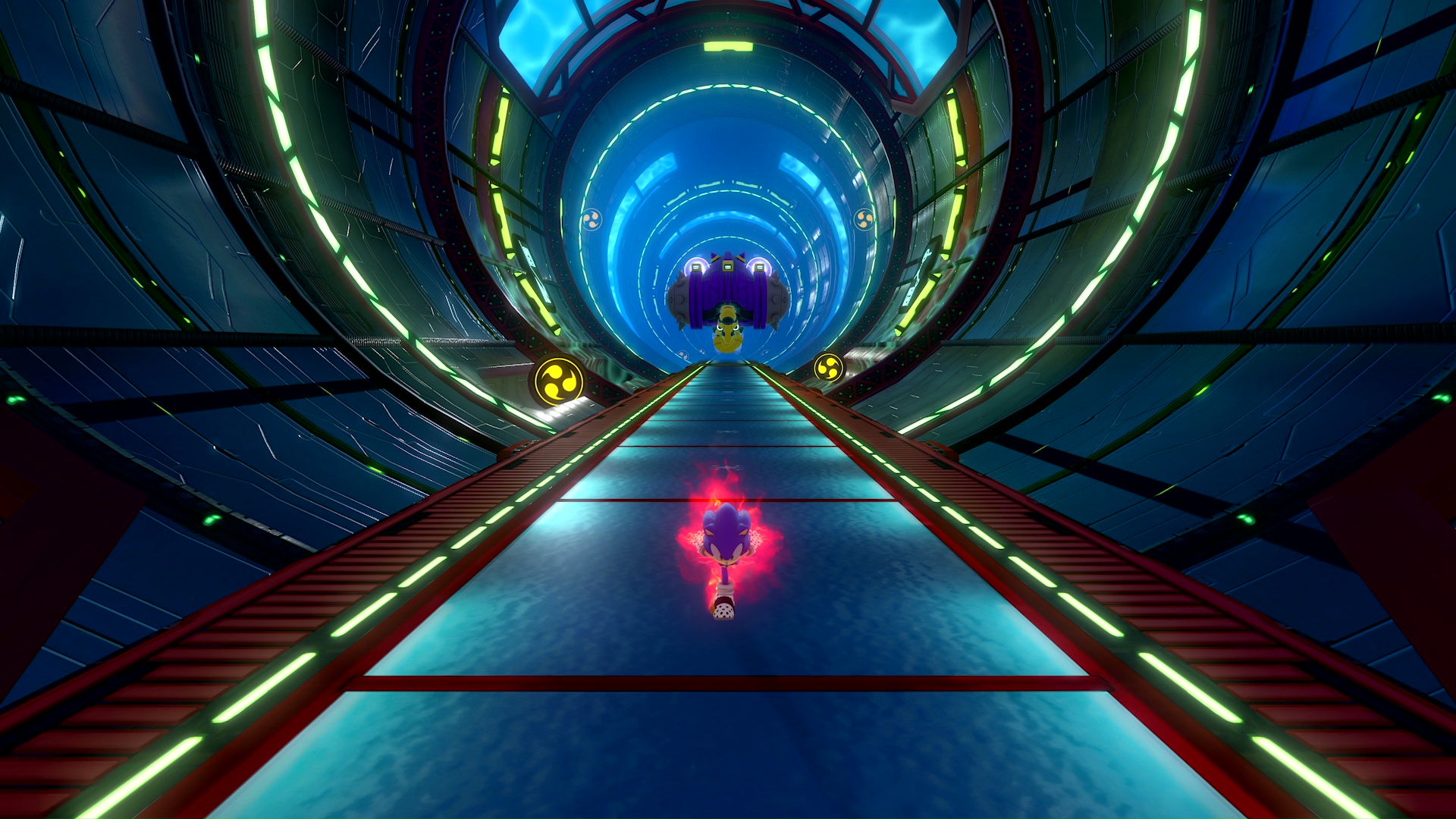 If you're looking for a generational technical leap that fixes all of the bugs, glitches and problems of the Wii version, you may be out of luck here too. While the visuals and framerates have clearly been given the most attention, you're still greeted with a number of bugs that destroy the immersion. On two occasions in my playthrough, Sonic fell through the map, and on another, the camera collided with an obstacle that froze it in place. A quick reset ensured I didn't have to retrace my steps too far back, but they were noticeable enough to mark as a con.

...most modern Sonic games deliver great soundtracks and this might be one of the best.

The one department that Sonic Colors: Ultimate excels with, well, flying colours is the remixed soundtrack. The original game's soundtrack was already superb, but the remixes in this version add a modern electro-spin to the sound that updates it without compromising any of the magic from composer Tomoya Ohtani. It's a wonderful, updated score that beautifully melds with the high-speed dashes of the gameplay. At least in that regard, most modern Sonic games deliver great soundtracks and this might be one of the best.

Sonic Colors: Ultimate has its pitfalls, but I couldn't help but still enjoy a good majority of my time revisiting one of the better 3D Sonic games. The cleverly designed levels explode with colours and vibrant detail, the sense of speed is still unmatched, the soundtrack is wonderful, and the Wisps add some nice variations to the gameplay. Sadly, this is all undercut by some annoying bugs and glitches, and that same jarring shift from 3D to 2.5D that has plagued most modern Sonic titles. If you're a fan of the original game, there's nothing here that will surprise you, but for newcomers, you can experience one of the better 3D Sonic games.

Some annoying bugs and glitches 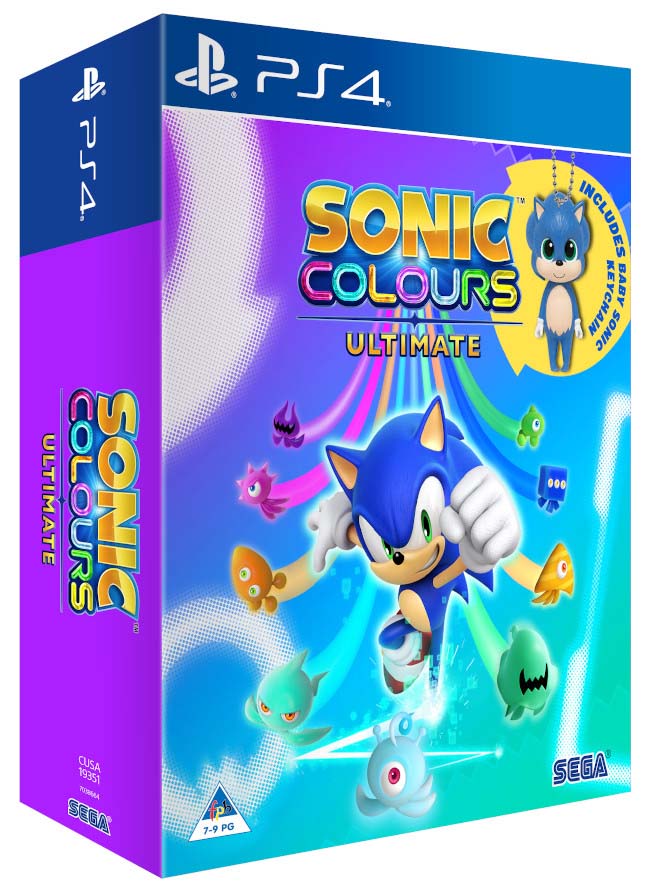