This is your brain on anime. 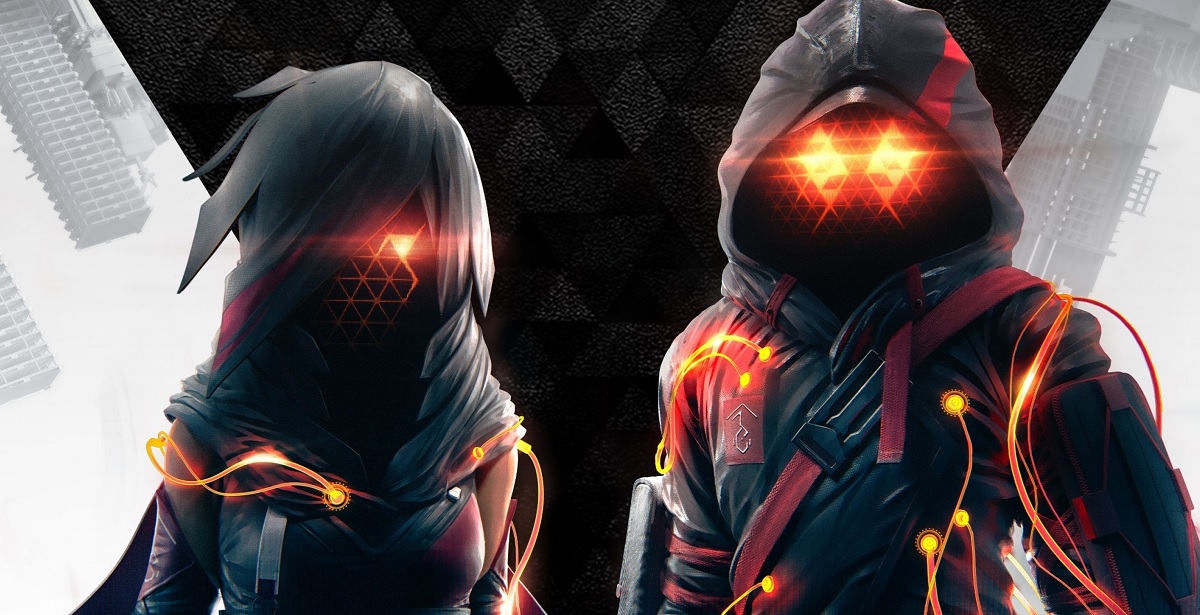 Bandai Namco have a history when it comes to anime-themed games with compelling RPG mechanics, but always fall short of the mark regarding their worlds and stories. Games like Code Vein and God Eater, while extremely flashy in their presentations, also suffer from these shortcomings. Their latest effort, Scarlet Nexus, unfortunately makes similar errors while improving in other areas. The experience overall boils down to how much you're willing to put up with excellent combat and characters barely held together by an incoherent plot. 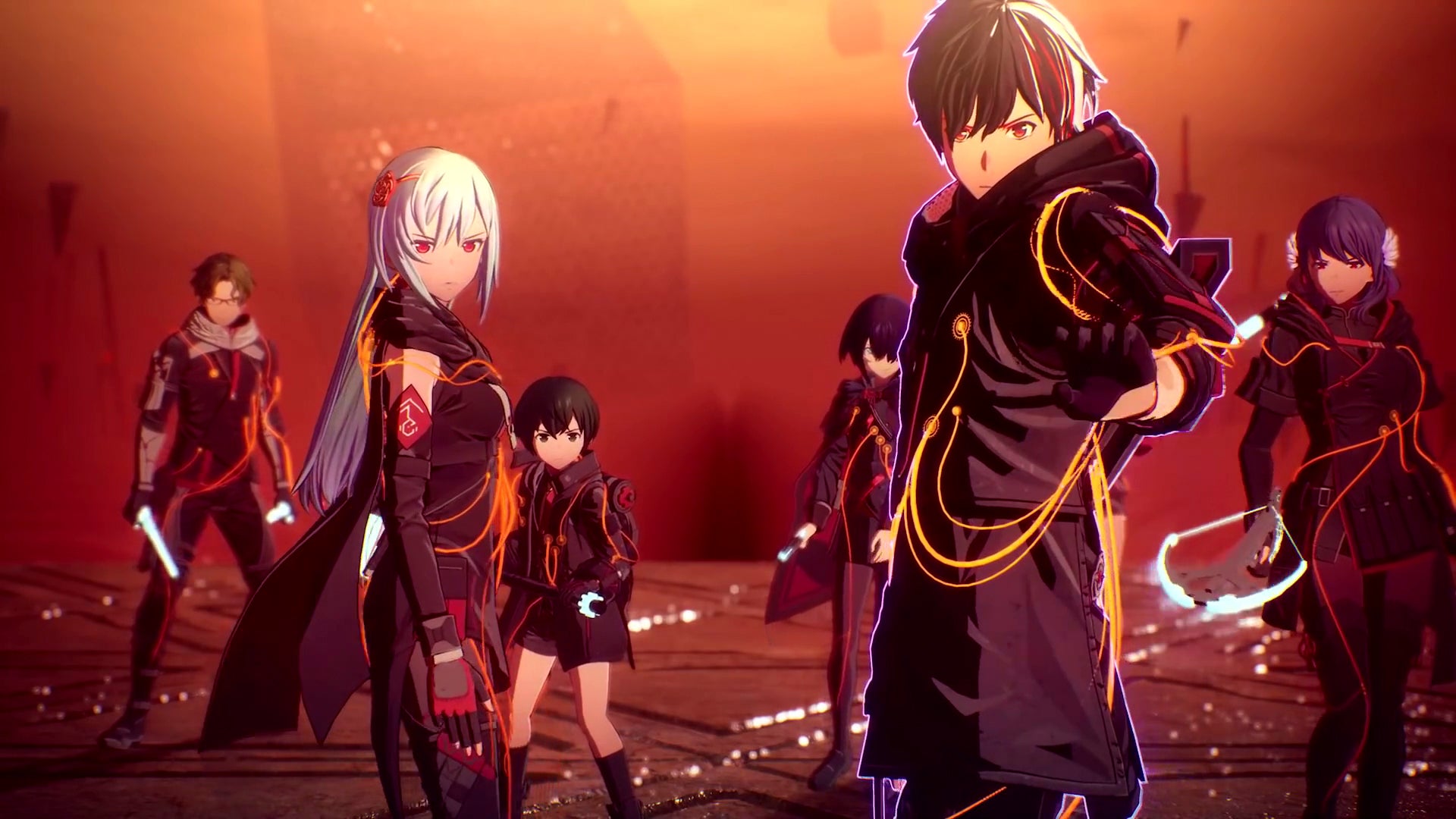 Scarlet Nexus takes place in a dystopian cyberpunk future where humanity is on the brink of extinction from the invasion of dimensional beings called Others, horrid fusions of organic creatures and mechanical monstrosities. To combat these beings, the government puts together a team of psychokinetic-gifted soldiers called the OSF (Other Suppression Force), and we follow two new recruits, Yuito and Kasane, who may be humanity's hope in saving the world.

As far as the story goes, that's all I'll say without delving into spoilers. You begin the game by choosing either Yuito or Kasane, who have an interesting A/B scenario play out across the 20-hour campaign that features new, branching stories, enemies and areas depending on the character. While they don't converge as much as Resident Evil 2's split story threads which was an obvious inspiration, they do provide compelling stories that explores each character's unique traits and personalities that further flesh them out in surprising ways. 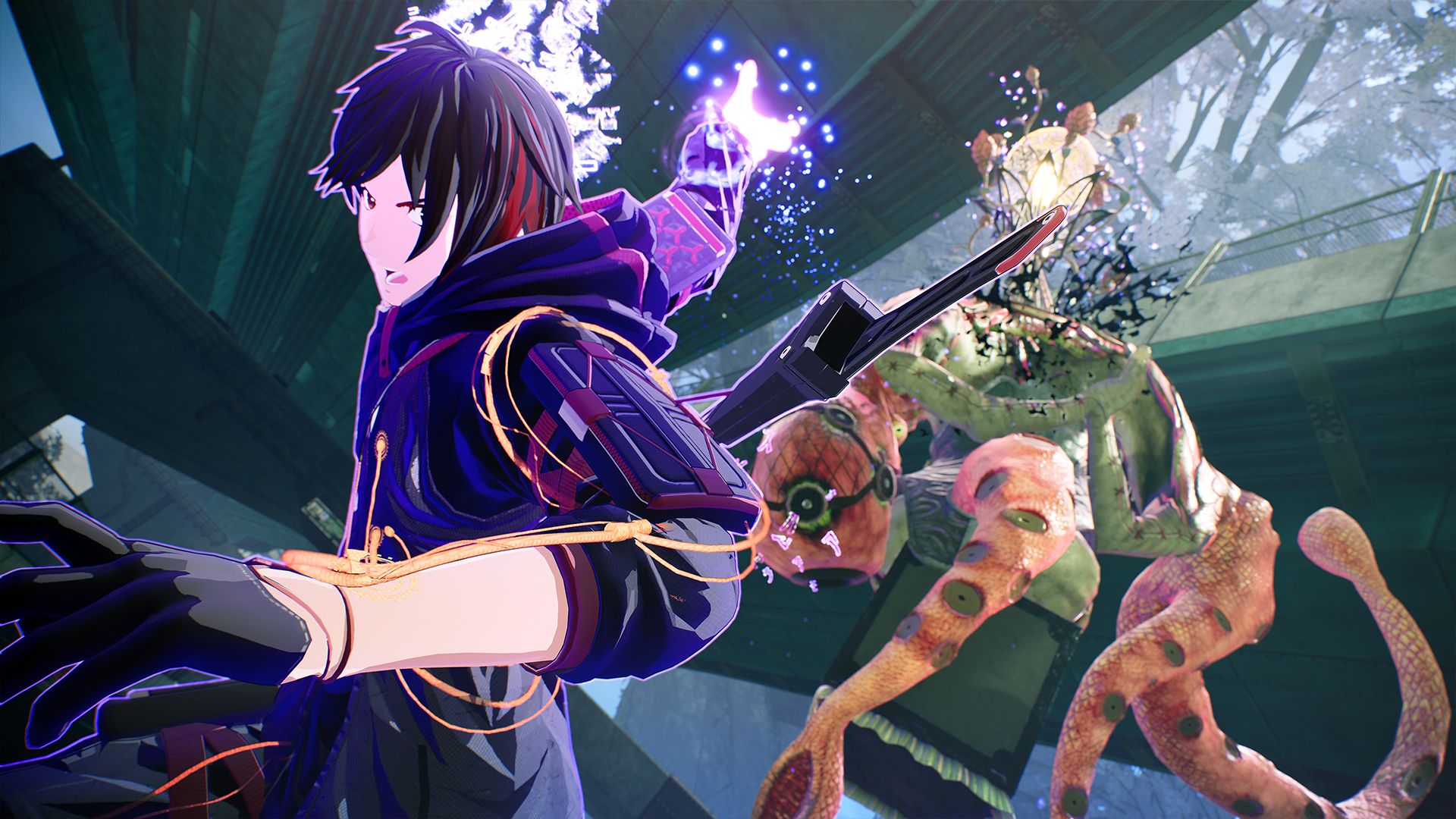 Choosing your starting character also affects combat. Yuito is your average swordsman type who uses flashy close-quarters melee combat, while Kasane utilizes ranged combat with her daggers. Both characters are especially gifted in psychokinesis, an ability that allows them to grab objects around the environment with their minds and throw them at enemies, leaving them open to a flurry of combos. The gameplay may feel a bit stiff and awkward at first, but as more abilities open up to you throughout the game, your character is able to string together more elaborate and flashier combos for devastatingly powerful attacks that feel amazing when pulled off correctly.

...the combat shines with its brilliant complexity while still delivering extremely flashy executions and animations.

Along your journey you're accompanied by squad mates on the OSF who provide you with additional abilities via a brain link. By merging your mind with another squad mate, you can utilize their specific abilities. For example, some will gift players pyro abilities that set your weapons on fire for blazing damage, while others slow down time or stagger enemies. When all of these gameplay systems meld together in combat and you get a good string of combos going, the combat shines with its brilliant complexity while still delivering extremely flashy executions and animations. Scarlet Nexus excels when it comes to an ever-evolving list of combat opportunities, making its remarkable gameplay one of its key selling points. 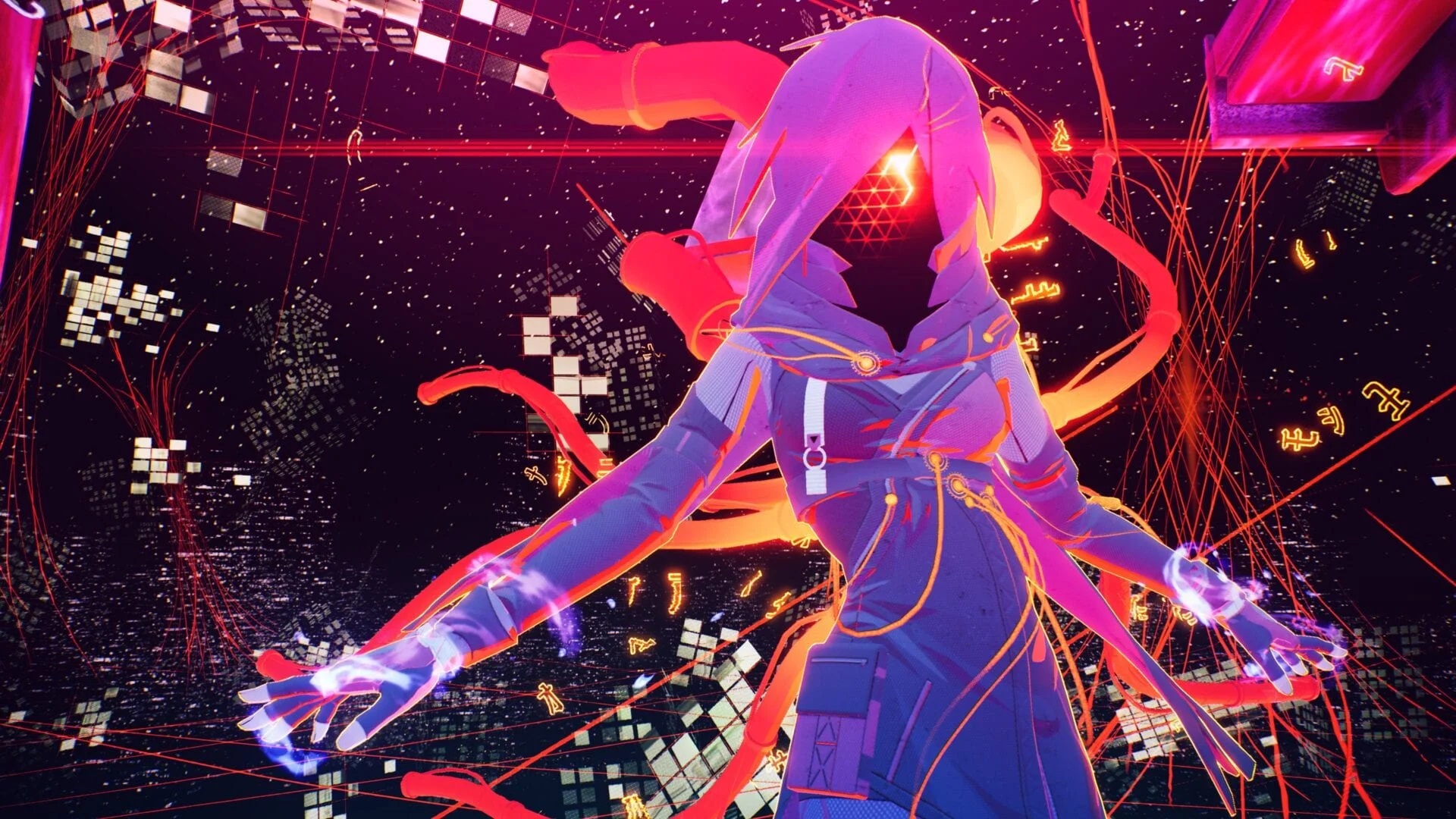 For a large majority of the game, you'll be undertaking main and side quests that have you exploring ruined cities and sprawling environments, running into plenty of Others along the way. The Others range in designs from basic, off-kilter natural animals to almost Lovecraftian monstrosities, with each engaging encounter or boss fight ramping up in difficulty. It never gets to the point where you're scratching your hair out like Code Vein, but there are formidable challenges that left me stumped, so I had to get very creative with using my environments, hazards, and squad mates in unison. It all feels incredibly rewarding when it comes together, and it kept me going through the entire game.

While out in the world, you can scan areas and defeat enemies for data that sort of acts as your bartering currency. You can trade them in at the store for upgrades, new weapons, and items that can be assigned to your squad while also earning gifts that progress each side character's backstory. It's a relaxing way to take breaks in-between the story, and only adds extra layers to your relationships with the OSF. 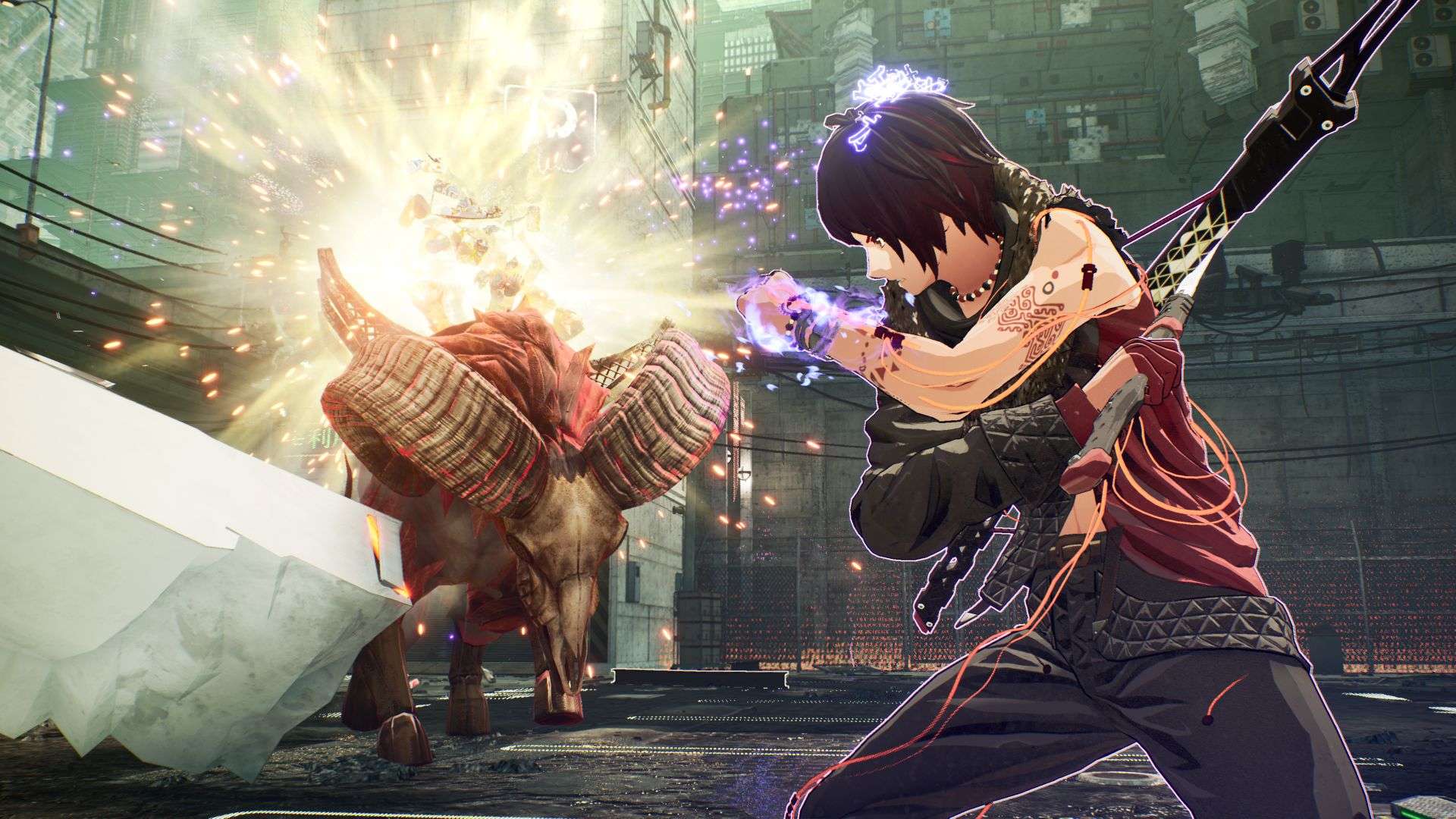 Scarlet Nexus explores its story through your connections with other characters. In your downtime on the base, you can converse with your teammates and get character-specific "episodes" that further flesh out their personalities. You can even give them these gifts that decorate the base, adding a tinge of personality to your safe haven. For the most part, once you explore the inner workings of each character, you begin to understand them and what makes them tick, making Scarlet Nexus a lot more introspective than your average anime-themed game with two-dimensional archetypes walking around. Exploring these characters adds a nice touch to the experience, and it's worth finding out who you're working with as it adds a more emotional layer to combat when certain teammates are faced with dangerous situations. 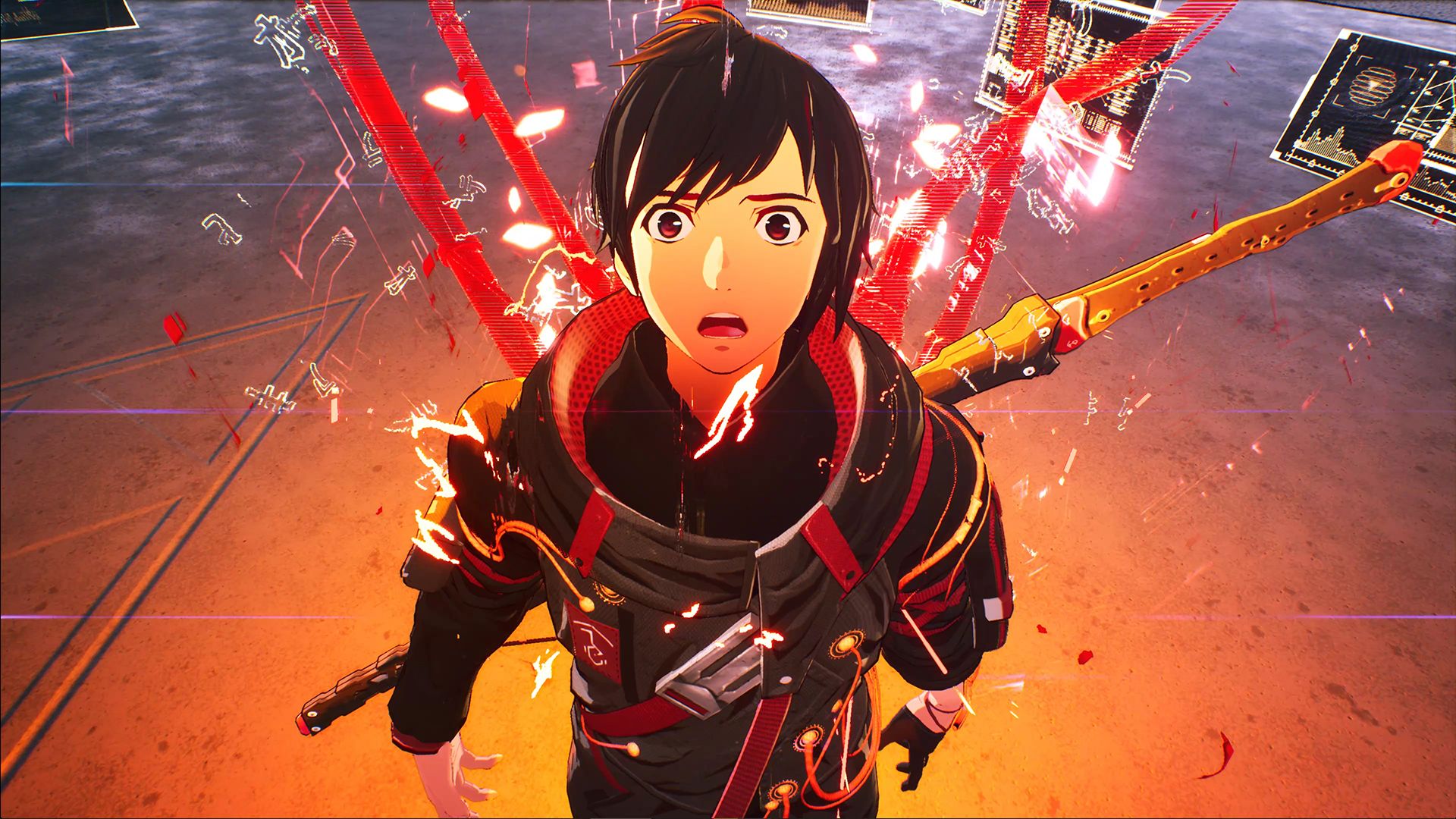 Unfortunately, the same can't be said about Scarlet Nexus' story. It starts off well enough as you familiarize yourself with the simple premise and threats, but as the narrative progresses, it takes increasingly bizarre shifts and turns that honestly left me baffled. People will begin to act out of character, and there are some questionable decisions made that add to the confusing nature of the plot. This is only made worse by the comic-book styled "cutscenes" which feature floating heads delivering exposition. It definitely tries to do something akin to Persona, but when the action and stakes ramp up, a traditional cutscene or two would've been welcomed. Instead, the comic panel storytelling only alienates the player further and has the opposite effect.

People will begin to act out of character, and there are some questionable decisions made that add to the confusing nature of the plot.

There's a clear differentiation between main and side quests too, but side quests tend to feel like a chore after a while. You'll find yourself revisiting previous areas and levels, collecting items or slaying enemies, rinse and repeat. There's no emotional investment in any of it, and it just boils down to padding out the game's length for additional grinding. I eventually ignored the side quests altogether because they added little to the game's main narrative. It doesn't help that areas and levels are designed to feel massive in size, but almost void of any interesting content. This is a problem I ran into with God Eater, and it sadly persists in Scarlet Nexus. 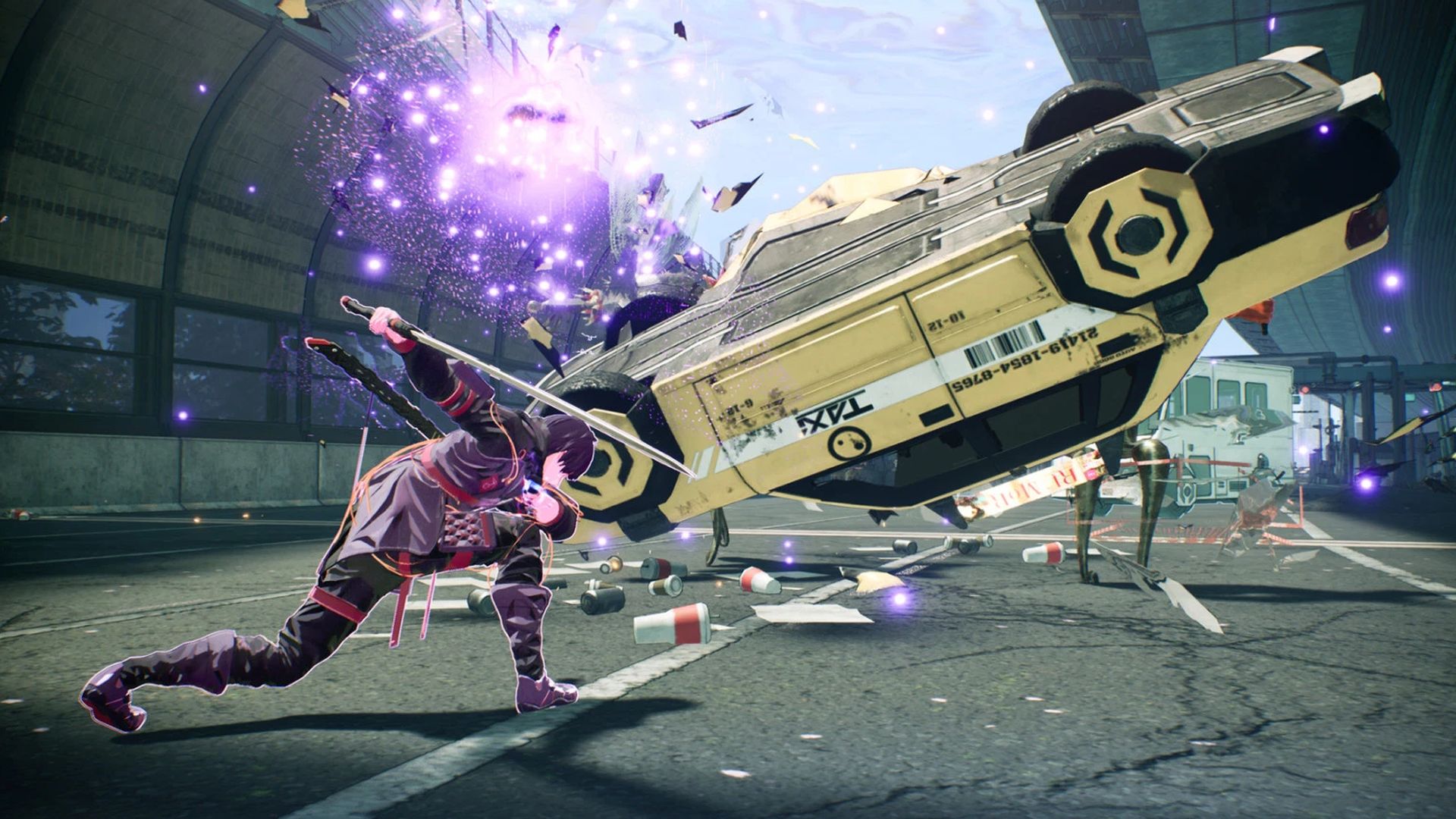 On a technical level, Scarlet Nexus is fine. The visuals are pretty when you're in the thick of the action, and sound design is sometimes stellar, especially with the unnatural and disturbing sounds of Others. The soundtrack is especially great, mixing choirs and orchestras with roaring, energetic rock and metal tracks. It gives Scarlet Nexus a defining style. Outside of one game crash, I never really had much performance issues. Playing the game on PS5, there's improved loading times and smooth framerates, which could've easily dipped during the flashier combo strings but surprisingly held a rock-solid framerate. It all works as well as you expect it to, but never goes that extra mile to be something really outstanding. It's safe, and safe is probably what it needed. 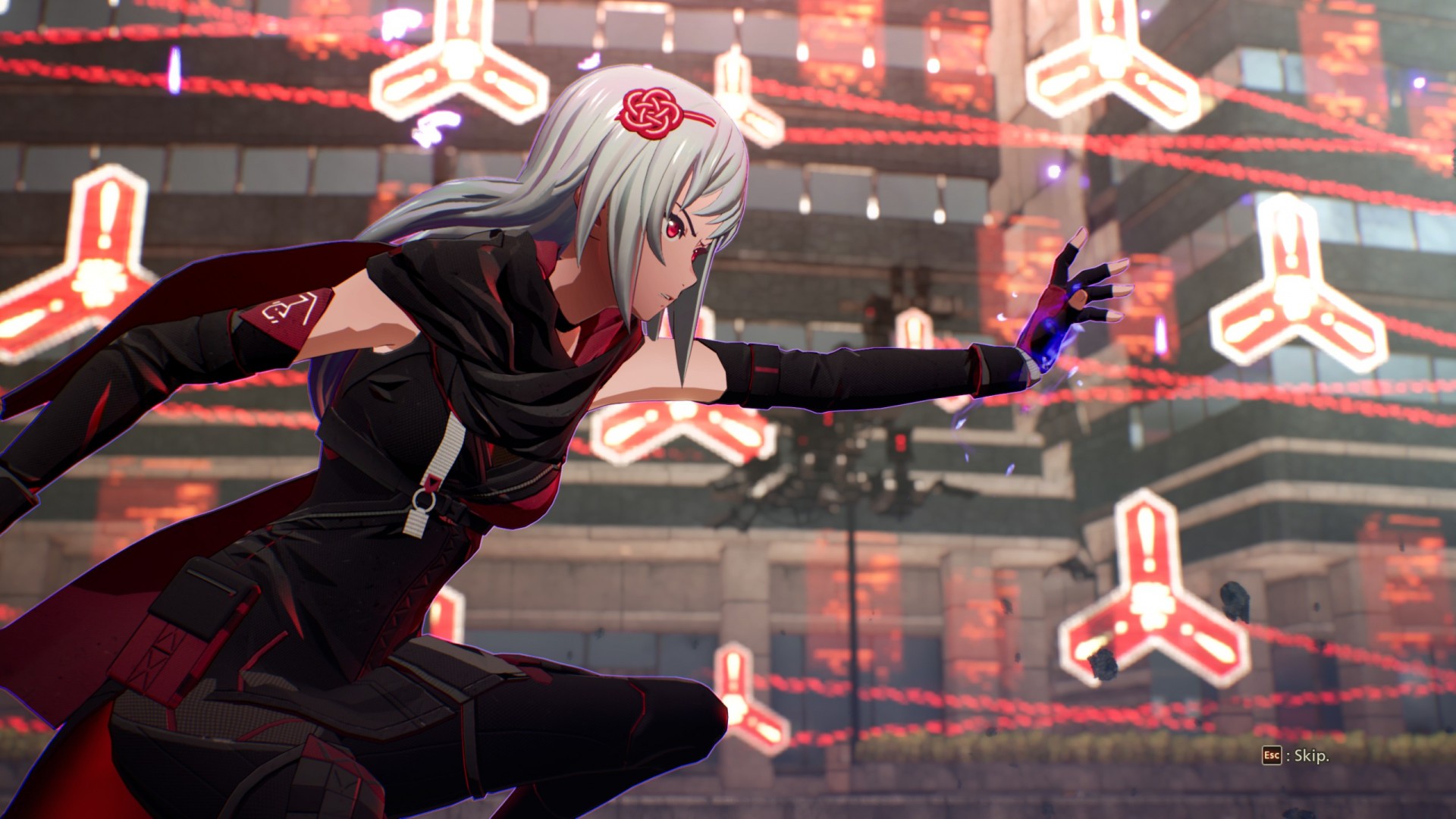 Scarlet Nexus presents excellent, complex combat, flashy animations and riveting characters only let down by a messy, incoherent story and repetitive side quests. If you're in the market for a new anime-styled game like God Eater that delivers on its awesome gameplay, you won't be disappointed, but those looking for a little more narrative depth might leave confused and underwhelmed. Bandai Namco have yet to really miss the mark when it comes to their trademark anime games, but Scarlet Nexus isn't exactly a massive step forward. Instead, it's a serviceable - if at times great - sidestep that brings little else to the table beyond gloriously flashy gameplay and smoking style.

Corrector Man 9
Incoherent story?? The story was the best thing about this game... 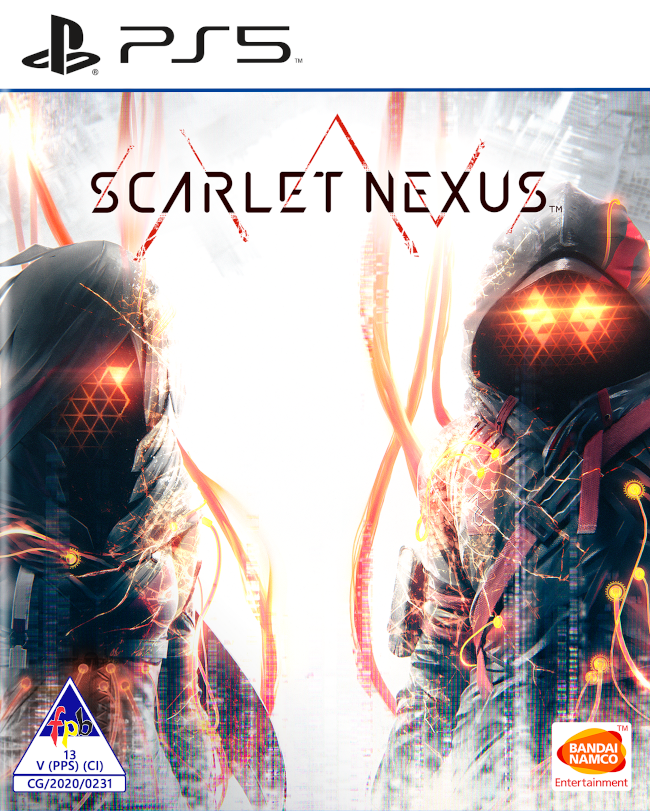