Much Better Than The Dodge Car 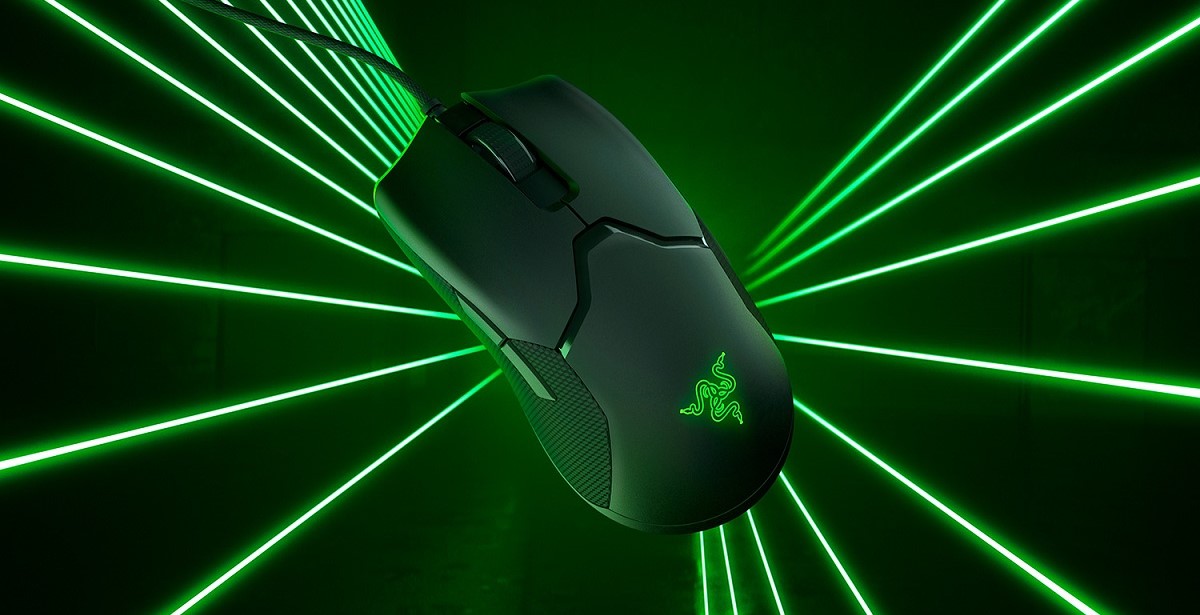 Gaming mice are - obviously - one of the most important tools for any gaming set-up, with the main focus currently regarding a mouse’s weight. The industry is shifting towards making lighter and lighter mice, and we got the chance to test out what Razer has to offer, with the Razer Viper. 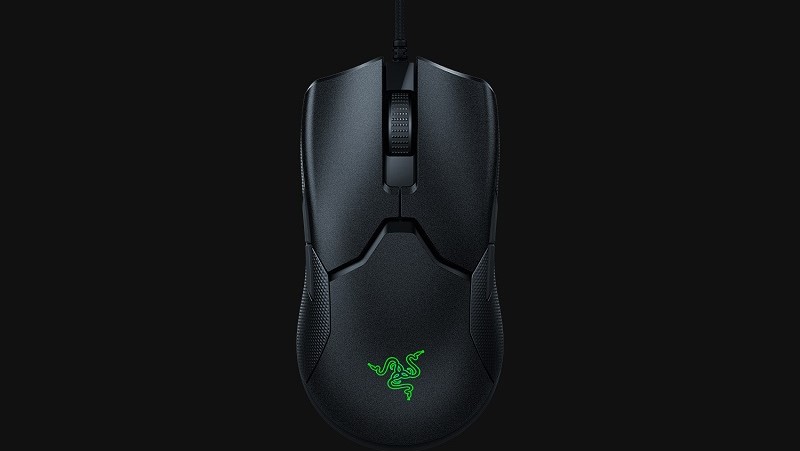 The Razer Viper is an ambidextrous gaming mouse, designed with performance and functionality at the forefront, with aesthetics second. Thanks to the ambidextrous mindset, the mouse is symmetrical with two additional thumb buttons on each side. The shell is low-profile to cater for both palm and claw grip styles - although it does support palm better, but we will get into the performance later on - mimicking the head shape of a viper.

The Razer Viper is an ambidextrous gaming mouse, designed with performance and functionality at the forefront, with aesthetics second

The mouse is finished with a smooth plastic finish, with rubberised grips on the left and right side of the mouse, with a similar finish over the mouse wheel for enhanced grip. The wired mouse is connected with a lengthy Razer™ Speedflex Cable, boasting “unhindered control with minimal drag”. There is a subtle Razer logo on the rear of the mouse, that when not flashing, would go completely unnoticed to most. The underside of the Razer Viper is far busier than most gaming mice on the market today, with no adjustable weights - as is the intention of the mouse - but that is where the 5G Optical sensor lies, as well as a 5-profile DPI switch. 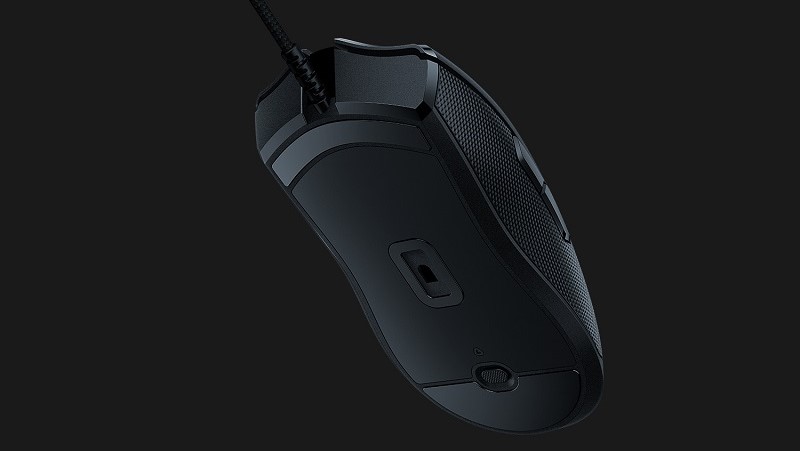 The mouse can be customised, from the lighting to button mapping, in the Razer Synapse software suite, which offers an incredible amount of customisation to tweak your mouse exactly how you want it.

This is where the Razer Viper aims to make up for the subtle and minimal aesthetics it offers, and boy, does it ever. The most important aspect of any mouse is the sensor it uses; the Razer Viper uses its own proprietary 5G Optical sensor, ensuring 99.4% tracking accuracy against physical movements, and up to 16,000 DPI. The Razer Viper has been engineered to be an extension of your hand, rather than a simple tool to be used, and aims to transition your skills to the screen in a 1-1 fashion.

The second takeaway from the Razer Viper is the physical weight, just 69g in total - designed to give you every advantage you could have in-game. Thankfully, the low weight does not impact build quality, as the Viper was incredibly sturdy and rigid. In a mouse this light, I would’ve expected there to be some bending and warping, but the shell is rigid and firm. 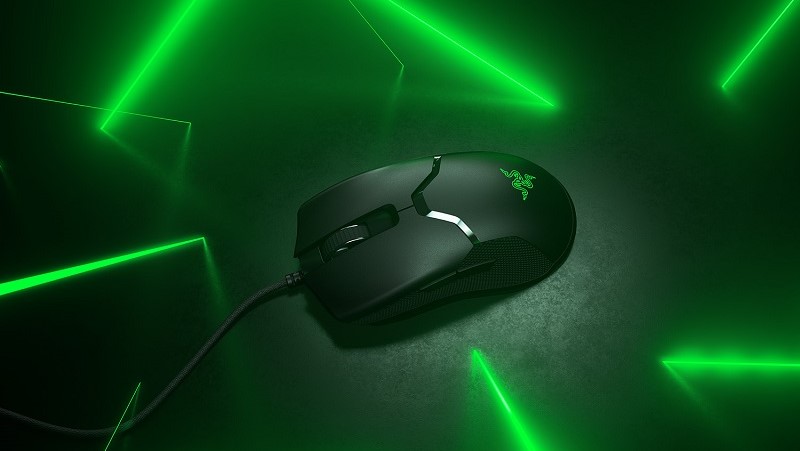 Another innovation Razer has added to the Viper, is their signature Speedflex cable. The cable has been designed to provide the highest amount of flexibility, while maintaining the light aesthetic. Razer promises that the mouse will give you “unhindered control with minimal drag”, as well as smoother swipes with this new cable. I must say - I don’t use a mouse bungee, so to have cables hanging over a desk can be annoying. The Speedflex cable was super light, so I never even noticed that it was hanging off.

So, does it perform as they say? Well, the tracking accuracy was astonishingly good, and with each return swipe, my cursor always landed back where it started - unless I overshot but that is human error. Thankfully, the mouse does not sacrifice tracking accuracy for speed, which is something I was concerned with, but the cursor moved both with speed and unbridled accuracy. The 5G Optical sensor is a fantastic addition, and surprisingly did not have any of the three big problems, which are sensor resolution, speed, or drift. The optical functionality of the mouse also extends to the switches used to register mouse clicks. Using the Razer Optical Mouse Switch is what helps keep the mouse so lightweight, and works by activating an infrared beam that actuates at the speed of light, with a response time of just 0.2 seconds.

The tracking accuracy was astonishingly good, and with each return swipe, my cursor always landed back where it started

Controversially, I am not a huge fan of lightweight mechanics. I have a rather large hand, and I always prefer a bit of weight to a mouse, purely because I tend to overshoot when attempting snapshots or the coveted “180 no-scopes”. However, in saying this, the 69g Razer Viper made “flick” shots much easier to attain, especially when combined with the 5G optical sensor as we spoke about above. Will it make you an esports pro? Nope, but no amount of technology will. Though, can you be a better player because of it? Absolutely. The ability to sweep a battlefield as well was much better, so covering flanks was much easier than with a weighty mouse. 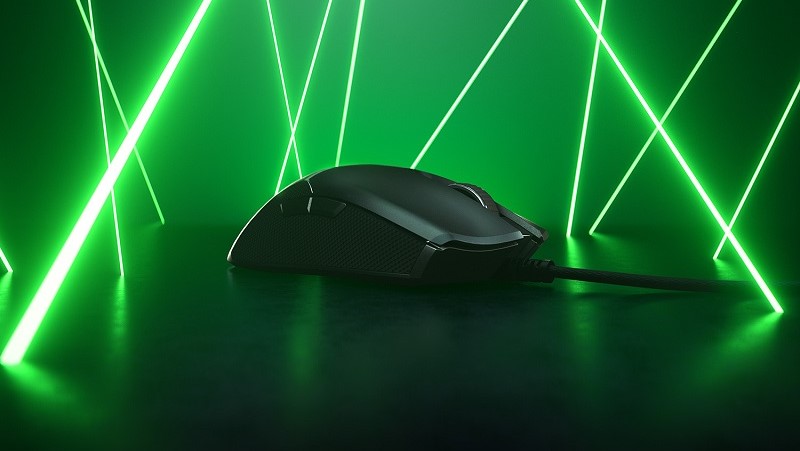 Another unintentional feature, however, comes from the dual thumb buttons on each side. While this was made with ambidextrous users in mind, it was actually quite useful outside of that. Again, the Viper was not specifically made for titles such as RPGs, but I found it easier to map secondary buttons to my ring finger rather than thumb, and so I was able to let my thumb focus on moving and guiding the mouse, while I used the now-ring-finger-bound keys to swap weapons or activate abilities in-game. The idea was more of a goof than a proper test, but it actually worked, so something to keep in mind.

The only issue I have with the Razer Viper is that the DPI switch is underneath the mouse rather than on top. Now, I get that it was moved there keep with the ambidextrous theme - although under the mouse wheel would still have suited it - it is a serious inconvenience, and a rather backward design element. The inability to switch DPI as I move is also something you need to remember if you are in the middle of a firefight. It just seems counterintuitive to offer 5 DPI profiles to switch on the fly - but then make you lift the mouse and your other hand to switch it. I mean, you can practice and learn to switch it with a single hand but still, you need to lift the mouse, which prevents movement tracking. Also, and this is purely subjective, I prefer the feel of Omron switches for mice, purely because I didn’t feel the same accentuation force in the Viper, and while this may be a benefit for some, it might not be to your taste. 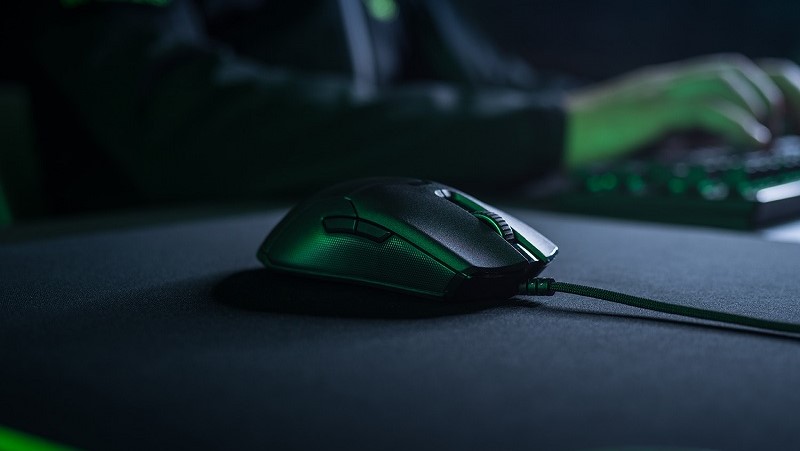 Overall, though, the Razer Viper is a phenomenal mouse, especially for those looking to improve their games at titles such as Overwatch, CS:GO, or even Dota 2 - basically any esports titles, or FPS. The optical sensor gives almost 100% true tracking, the lightweight element was surprisingly enjoyable and excellent for e-sports, and minimalist design was kind of refreshing. However, the DPI switch placement let it down, making this one of the better lightweight mice experience out there.

Overall, though, the Razer Viper is a phenomenal mouse, especially for those looking to improve their games at titles such as Overwatch, CS:GO, or even Dota 2 - basically any esports titles, or FPS