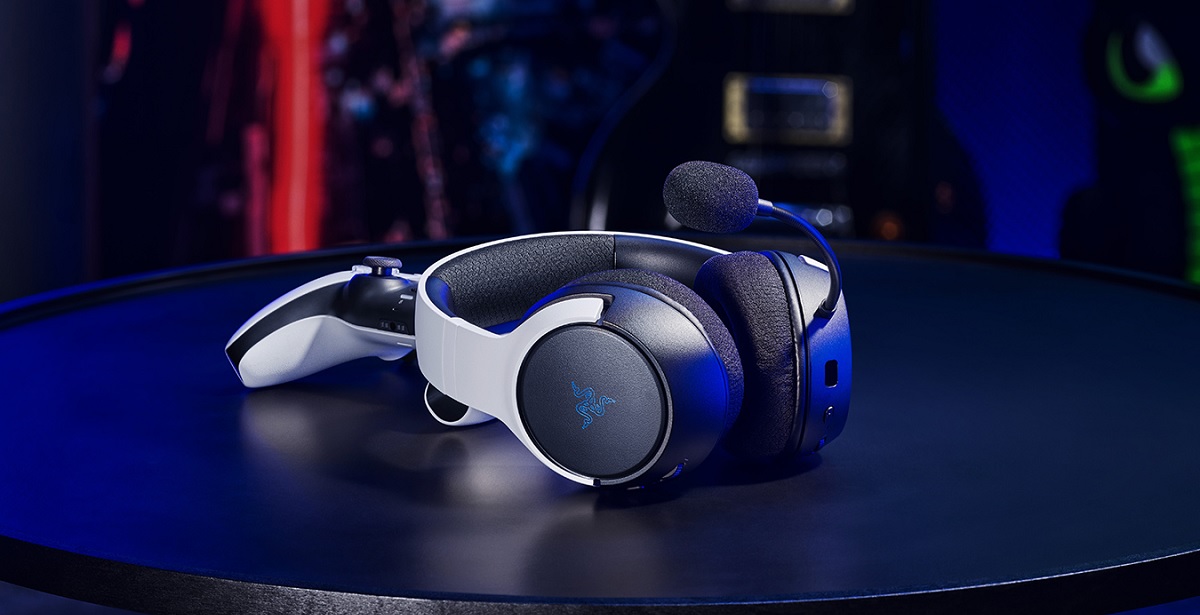 Razer originally launched the Kaira headset for Xbox, but now they've brought it to PlayStation consoles. Bringing comfort, a premium aesthetic and terrific sound quality, the Razer Kaira serves as an excellent gaming headset that manages to stand out on the market. Thanks to a great price point, it's also a worthy alternative to licensed competing headsets.

First and foremost, let's go over the specs for the Razer Kaira:

The Razer Kaira immediately makes a good first impression. The headset is packaged neatly with solid foam holding it firmly in place. Tucked beneath the box you'll find a USB-C dongle to connect to your PlayStation. It's also worth noting that most of my testing was done on a PS5 with occasional dives onto PC for comparison, though make no mistake, it feels like an ideal fit for Sony's gaming console.

The Razer Kaira is also a simplistic yet beautiful headset. The black and white colour scheme perfectly matches the PS5 and its DualSense controller, meaning it won't stick out resting among your console's accessories. My opinion on RGB implementation changes frequently, but I also appreciate the lack of RGB on the headset as it allows the sleekness of the headset's design to stand out more. In most cases, Razer packs terrific RGB that isn't intrusive at all, but its absence on the Razer Kaira serves the function of prolonged battery life and less clutter on the headset's overall design.

When it comes to headsets, comfort is my main priority as I have oddly-shaped ears and tend to wear headsets for every piece of media I consume. Thankfully, the Razer Kaira delivers extremely comfortable memory foam cups with a flexible, easily adjustable headband that allowed me to binge Netflix shows and play Elden Ring for hours without ever feeling strain or discomfort. It's yet another testament to Razer simply offering some of the most comfortable ear cushions on the market.

As far as audio quality goes, there's a lot to say about Razer Kaira's premium delivery. It's a notch above most similarly-priced headsets currently available, with crisp and clear sound embracing your ears constantly. Playing Elden Ring, I could hear the wind howling in the wide spaces, the echoed gnarling of creatures in caves, and the roaring punch of the game's soundtrack that booms during many boss fights. In Gran Turismo 7, the headset escalates the rumbling of engines, the tyres squeaking on the concrete, and the crackling of your pit crew through the speakers. In short, the Razer Kaira pairs phenomenally well with a PS5, delivering audio quality on par with Sony's own offerings.

Sadly the same can't really be said when using it for non-gaming purposes. While the sound quality still held up considerably well while watching movies on my PC - and watching some of my favourite movies including Interstellar, The Lion King and The Matrix all adds to the fun testing phases of headsets - I noticed that it didn't exactly have the bass-y punch I was expecting, including for music. Nonetheless, the audio is crisp and the sound effects shine through, almost enough that you won't notice that it's just a kick shy of a making a thump.

The mic quality also deserves worth mentioning. It's not the clearest I've ever heard, but it eliminates background noise wonderfully and picks up little to no muffles. Unfortunately, the mic comes with one major setback for an otherwise excellent headset: it's non-detachable. This made it difficult to carry around or rest comfortably on a stand. Additionally, the mic was always present even during listening to music or watching movies, and it's a hard bugger to ignore too.

The Razer Kaira base model also doesn't come with many of the bells and whistles present on its higher-tier counterpart, the Kaira Pro. This includes a lack of Chroma RGB, HyperSense and halved battery life, but for its asking price (around R1999) which on the modest end of the spectrum, it still a perfectly capable and terrific headset.

The Razer Kaira doesn't cut corners with what it offers for its price, delivering fantastic audio quality paired excellently with PS5 and your gaming preferences. The only major downside to an otherwise great headset is the non-detachable and ever-present mic, which doesn't sit well with other applications like simply listening to music or watching movies. That said, when taken as a strict gaming headset accentuated by a subdued design that will fit in with a PlayStation's colour scheme, you need look no further.

Hard to recommend for non-gaming use