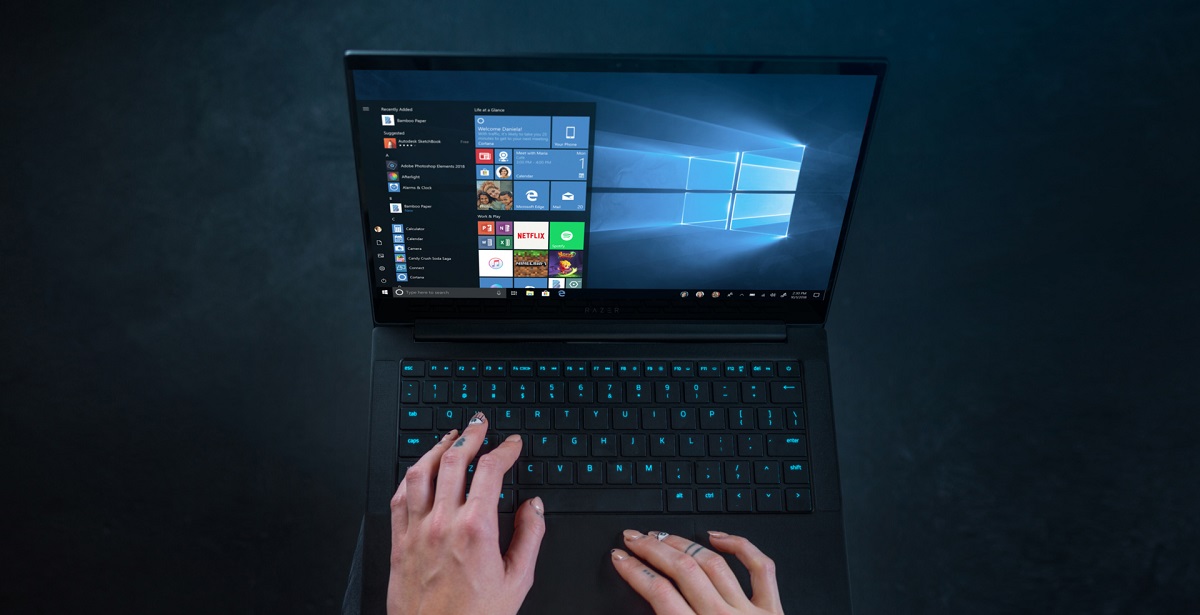 At long last, Razer’s elusive laptop range has made its way to South Africa. Gone are the days of hustling with friends overseas or battling with Amazon - so the burning question is, just how does their new range perform? I got the chance to play with the Razer Blade Stealth for the past month and, as an existing Razer Blade owner, it was interesting to see how they have evolved over the past few years. 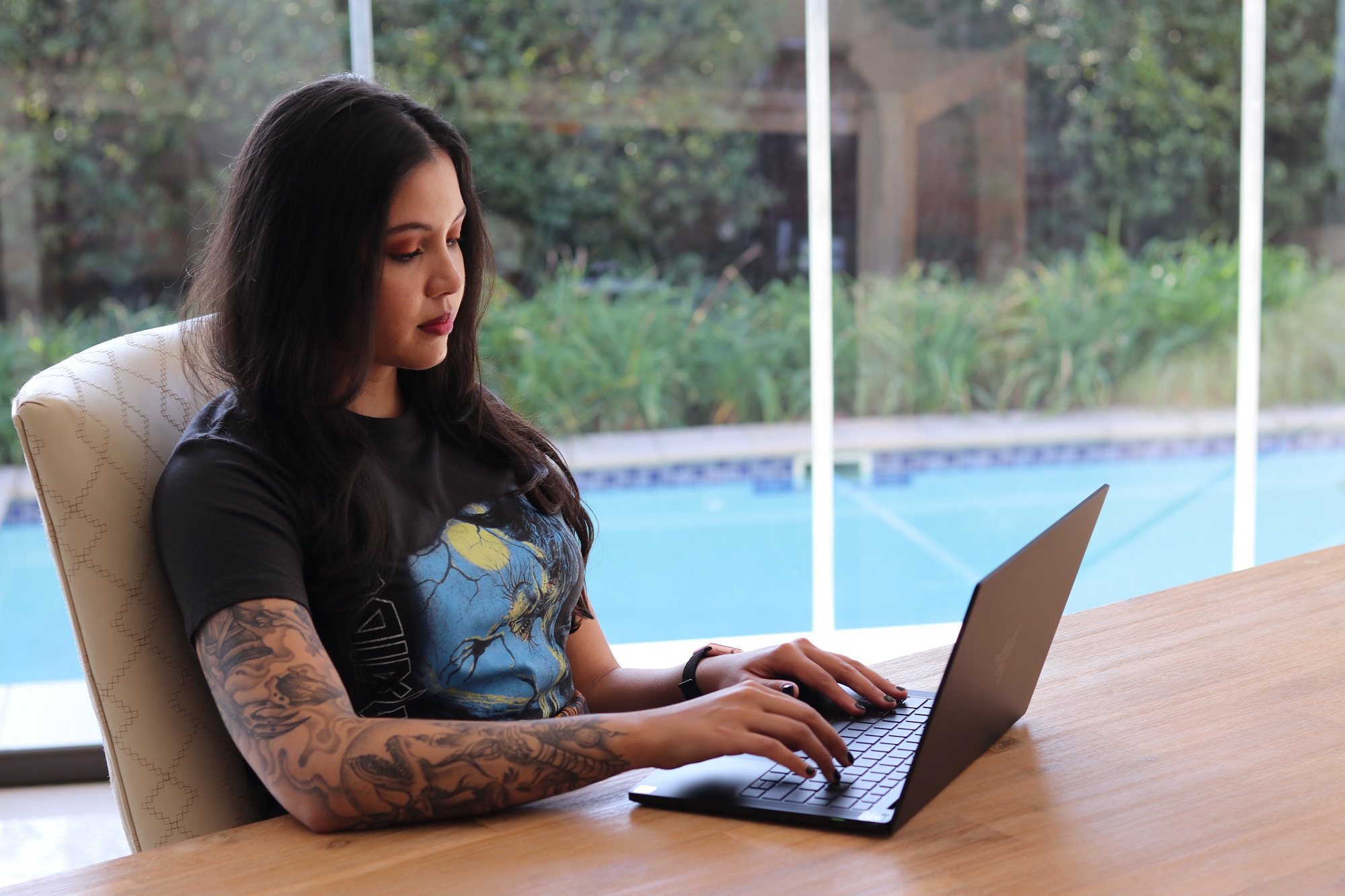 Out of the box you’re treated to the usual stylish Blade design, albeit with a few changes since my laptop released. Coming from the 2016 14” Razer Blade, this Stealth model really wowed me with its sleek appearance. The logo is a stylish shiny black version of the iconic three-headed snake set against a totally matte black body, rather than the gamer-esque green logo of the other models. It also has a more edged, squared-off body with very few other design distractions. There are no chunky bezels present as the 13.3” display is very minimally framed - basically, it’s a beautiful little machine that really upholds the professional aesthetic.

My only real gripe appearance-wise is that once you actually pick it up, the device becomes utterly smothered in fingerprints. This is an issue I had with my 2016 model, but this time I really struggled to keep them at bay, marring the experience of having such a pretty laptop. If you’re as pedantic as me, keep a microfibre cloth on hand. 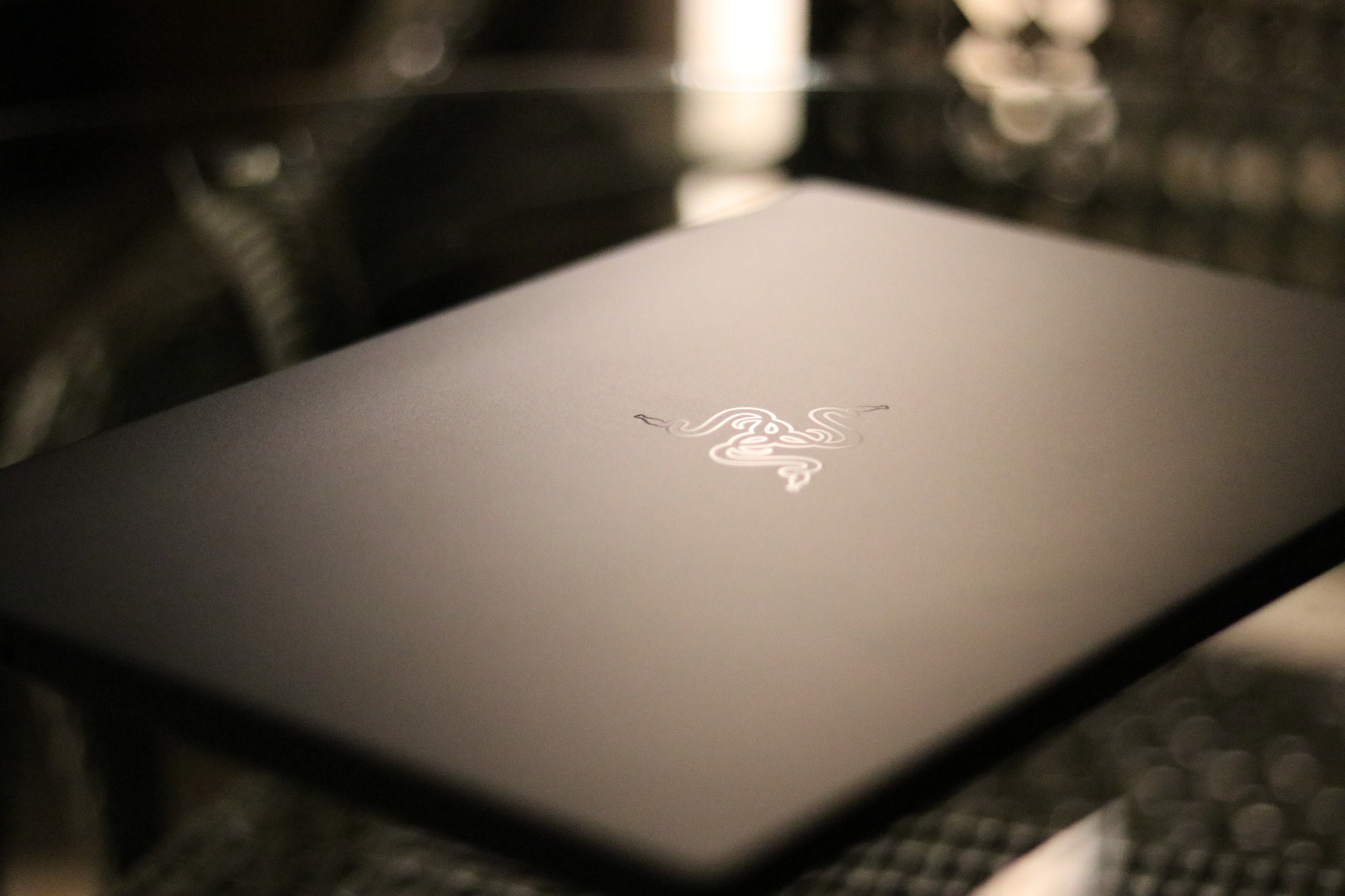 The Stealth has a decent range of ports for its size. On the left you’ll find a USB Type-C port, a USB Type-A port, and a combination audio jack. On the right is another USB-C and USB-A, but this time the Type-C is Thunderbolt 3-supported. Both USB-C’s charge the laptop, and overall I was impressed at the selection given that it provided enough for me to plug in an Xbox One controller, a headset, a mouse, and charge the laptop at the same time. I do prefer my laptops (especially gaming laptops) to have a dedicated video port such as HDMI to connect to a monitor, so that was an inconvenience, but you can use the left-side USB-C as a video-out if really necessary. 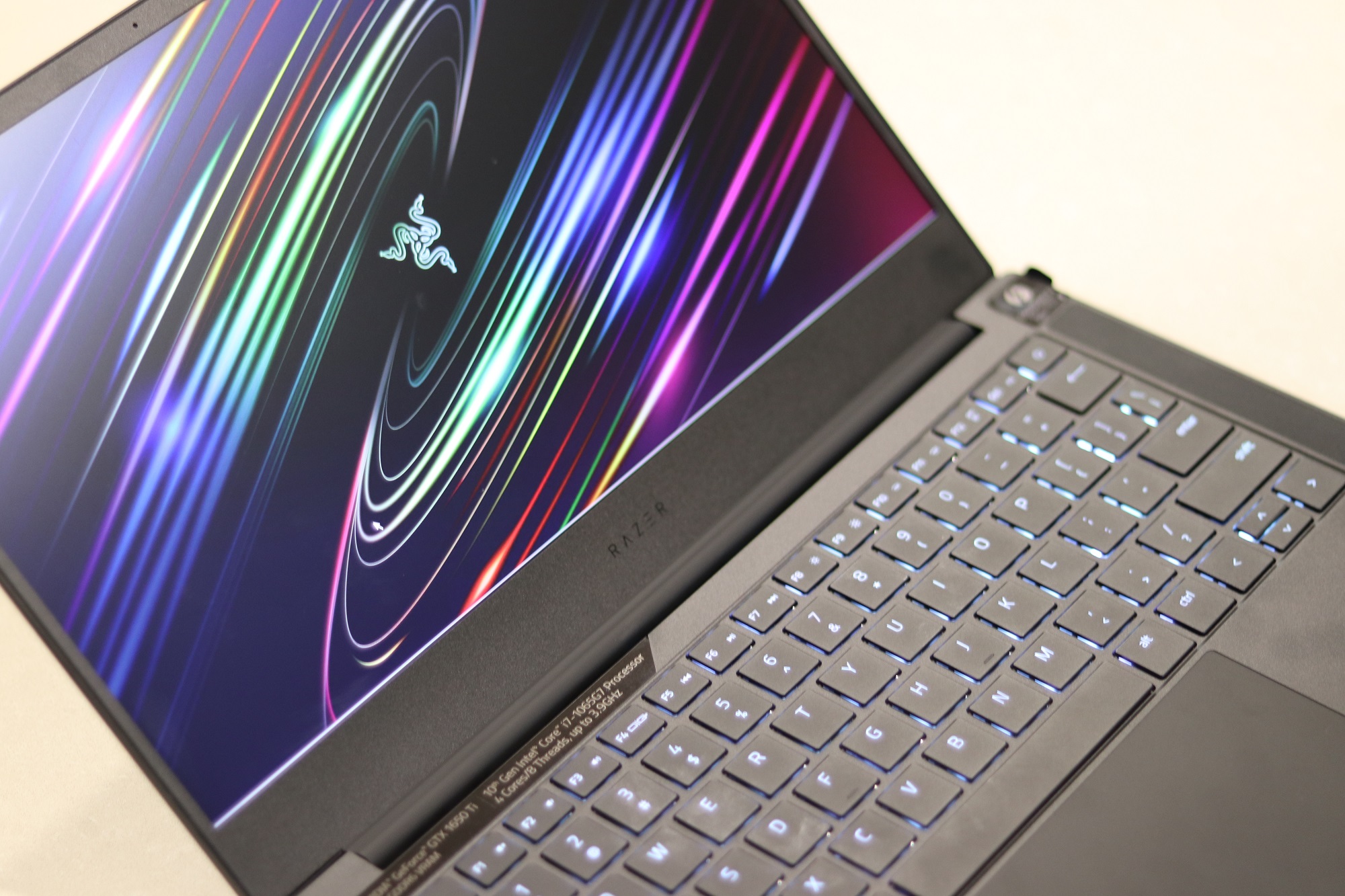 Flip open the lid and you’ll be greeted by a stunning 120Hz 13.3” display set to 1080p - perfect for the size. Another model sports 4K at 60Hz, but I’d happily forego 4K for the smoother experience of 120Hz (also can 60Hz die now please?). The keyboard is supported by Razer’s colourful Chroma lighting, a pretty addition that adds a little bit of flair and pop against the black chassis. While there aren’t as many colour options as other Blade models due to not having individually backlit keys, the options available are more than eye-catching (and the decision was made to assist with battery life, so, not a terrible call). Performance-wise it was decent as laptops go, and thankfully wasn’t uncomfortable to get used to despite me using a mechanical keyboard on my usual workstation.

The keyboard is supported by Razer’s colourful Chroma lighting, a pretty addition that adds a little bit of flair and pop against the black chassis.

One highlight for me, as a historically trackpad-hating individual, was just how good the Stealth’s trackpad was to work on. The size was very comfortable, ultra-smooth, and overall one of the best I’ve worked with in a long time (not to mention I love the integrated keys over dedicated buttons). Speakers flank the keyboard on each side and are reasonable enough for daily usage, but I still prefer a headset to do any gaming or music-listening. The laptop also comes with a webcam which is a big plus to many people - though of pretty standard quality, it is there. 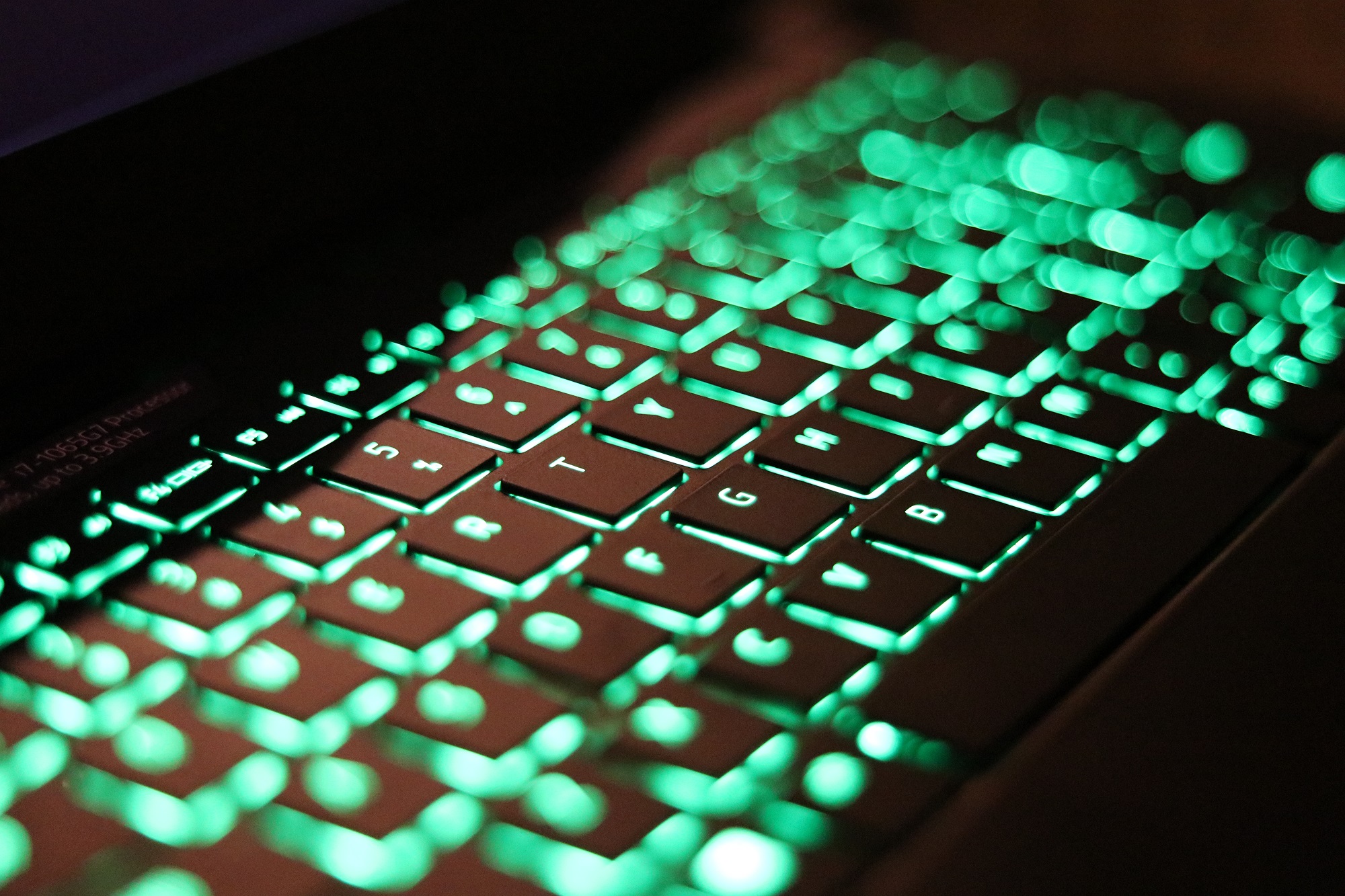 Under the hood, the 2020 Razer Blade Stealth comes kitted out with a mix of old and new. It sports a 10th Gen Intel i7-1065G7 CPU (which has 4 cores and 8 threads), 16GB of RAM, and a 512GB SSD - but it’s hiding one little secret inside its 1.4kg frame. Though it may just look like an ultrabook, the Stealth comes packing an Nvidia GTX 1650 TI - yes, a whole TI over last year’s model. While it falls into the mid-range gaming category, it does provide a nice advancement from being the working laptop to the work laptop you get to have a little fun with, and is particularly appealing in terms of gaming on the go or while travelling.

Though it may just look like an ultrabook, the Stealth comes packing an Nvidia GTX 1650 TI...

The performance was as expected for a laptop of this spec - easy to work with, fine to game on. I mostly tried out Sekiro: Shadows Die Twice, a 2019 release; I prefer to play controller-centric games when on laptops like these as it is more comfortable than using the keyboard and mouse. At max settings it oscillated around the 55fps mark (occasionally dipping to 50, occasionally rising to 60), so you could easily drop the settings a little to raise the FPS if that is of main concern to you. The screen looked beautiful and clear while running the game and overall; it worked as a nice addition to my normal desktop gaming experience (plus I could chill outside and play games - win!). 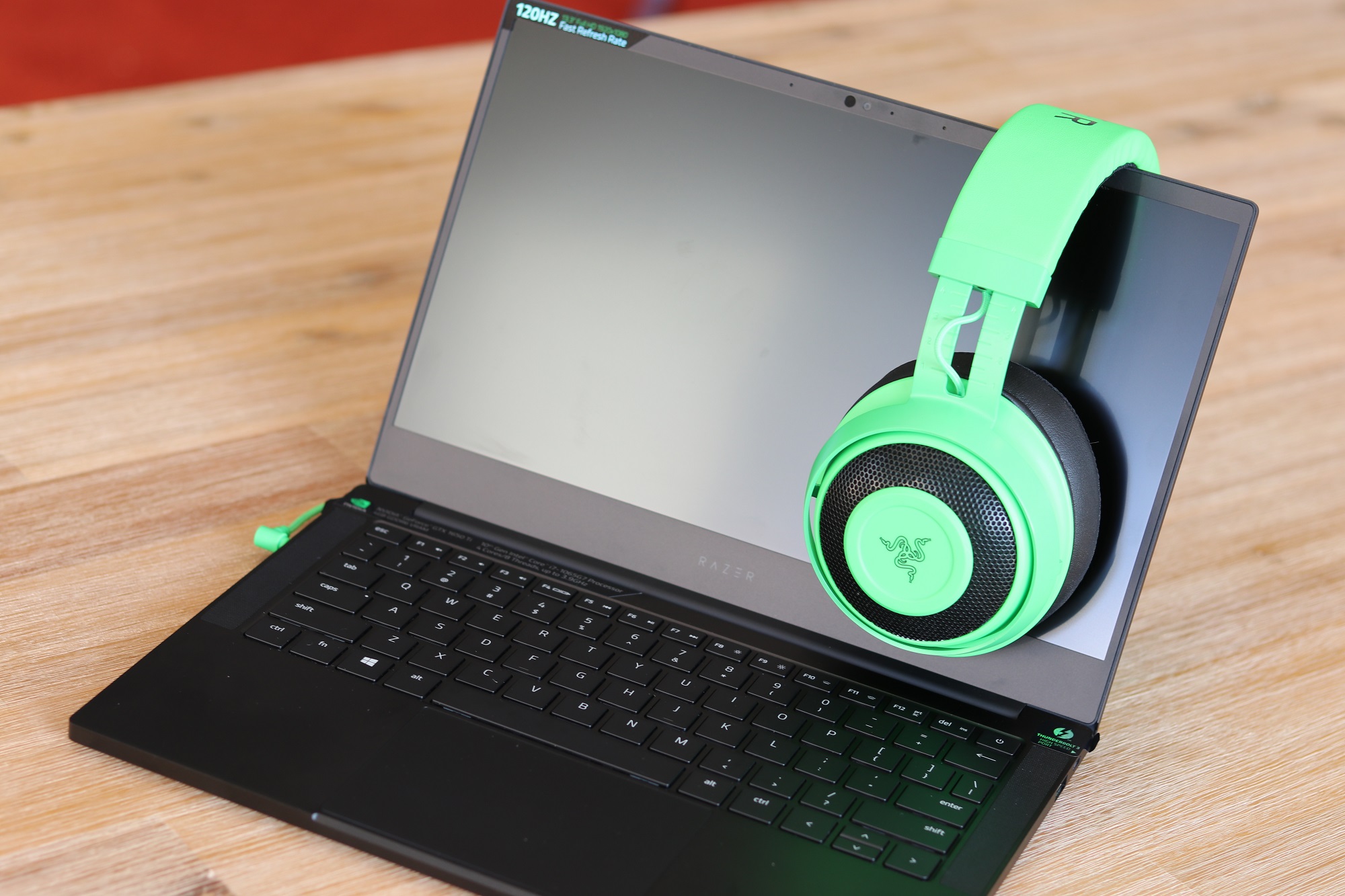 The Stealth does run a little warm while running intensive tasks such as gaming. While never uncomfortable, the all-metal body may get more toasty than you’d like. This didn’t bother me much because, as mentioned above, I tend to use a controller when gaming on laptops, but if you use the keyboard for gaming (or run resource-intensive productivity programs), it’s worth bearing in mind. Battery life is decent for this category - when both Windows and Razer Synapse are set to their most battery-saving settings, the laptop managed just under 7 hours of use. Turn up those pretty lights or that display however and that will decrease, so keep that in mind if you want this to push through a workday. Gaming completely eats the battery as with most laptops, so as always, I would recommend keeping this plugged in if you plan on having a decent gaming session, lest it be cut short. 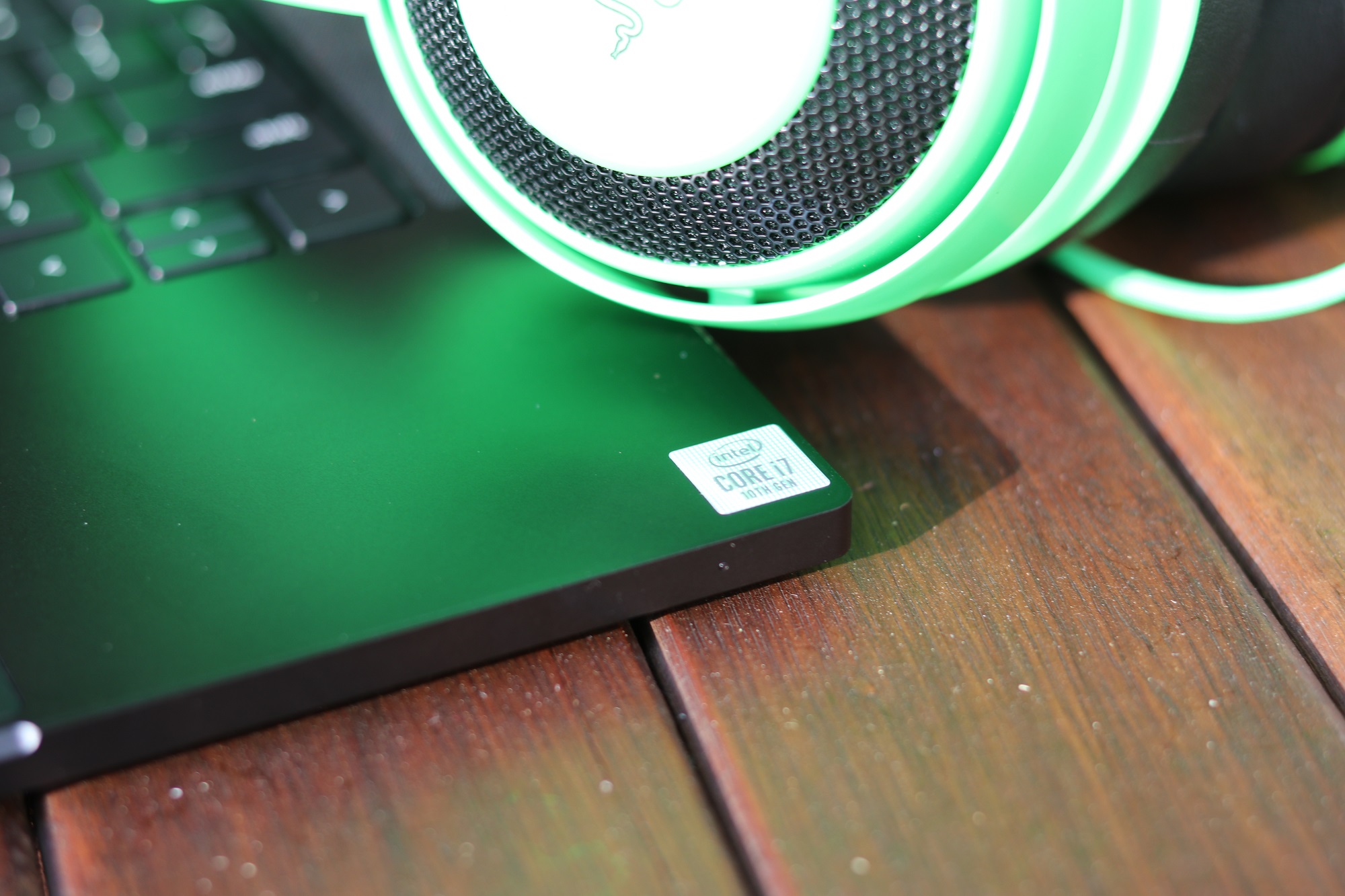 Right, let’s get to the bit you want to hear: the price. I’m just going to rip the band-aid off and tell you that this guy costs R32,000 locally. Yes, it’s kinda ouch, and is my primary concern with the laptop. While not horribly priced against other ultrabooks in the premium range, to buy this will the sole intention of gaming might not be the most ideal option. The new Razer Blade 15 with the RTX 2060 option goes for the exact same price locally, so those looking for a Blade purely for gaming may want to take a peek at those instead.

However, if lightweight and ultra-portable is your primary concern, there are few laptops in this form factor that will rival the Stealth. It’s a sleek, powerful machine in a tiny package that turns your work laptop into something a little more special, and a lot more fun at that.

Improved keyboard is pleasant to use