One Step Forward, Two Jumpshots Back 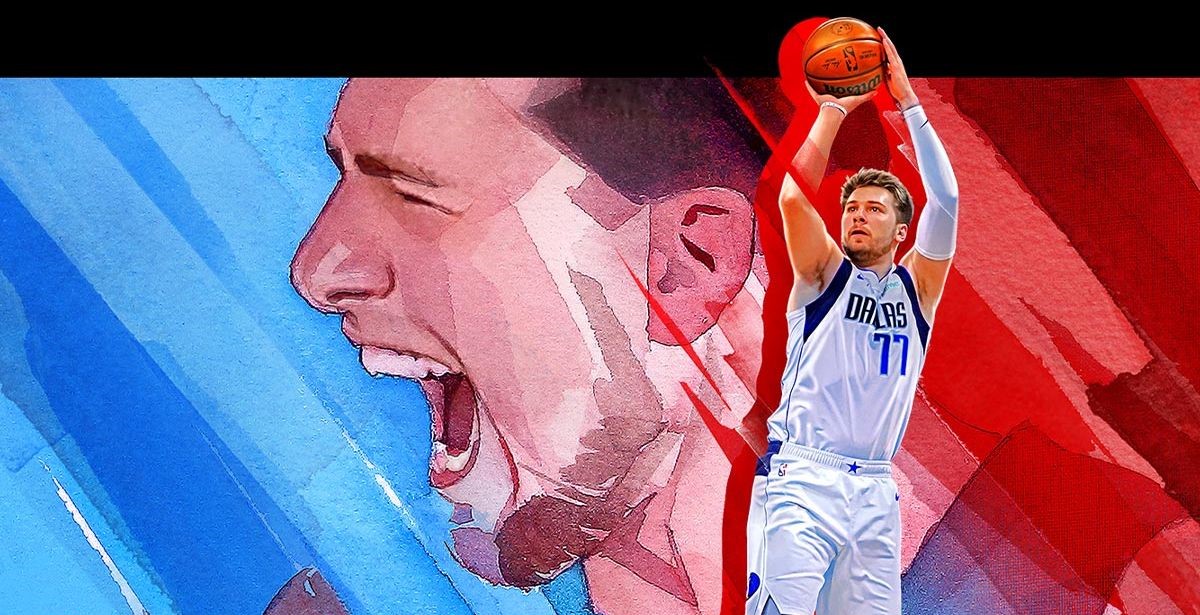 It’s the return of the...wait… no wait… another NBA 2K game? Yes, NBA 2K22 is the latest in the popular annual sports title and returns with a fully-fledged next-gen (current-gen?) experience, while also catering to the previous-gen consumers with a solid offering all round.

The last few editions of NBA 2K have really suffered from a number of similar issues. The shooting felt random, skills and stamina felt unbalanced, and defending felt like a complete mess. It’s great then to report that NBA 2K22 has addressed most if not all of these elements with a huge update to the almost-stale gameplay that has preceded it. 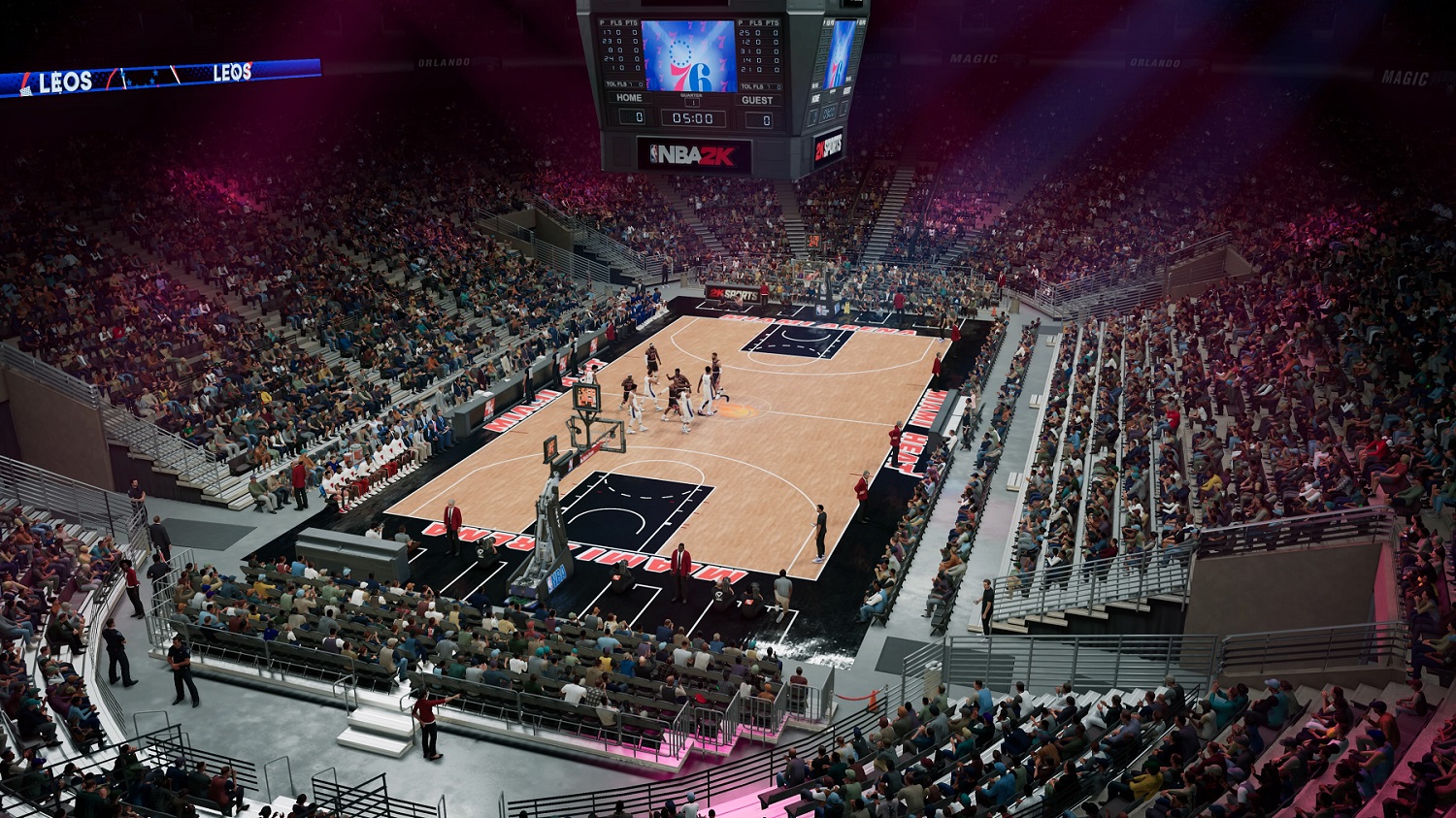 All the items tie into each other somewhat. Defending opponents feel more controlled and no longer has your players stuck and failing to respond in time leading to frustrating defensive plays, while on the other side, getting past the AI or opponent player defence is far more balanced. Previously you could repeat the same plays over and over as you exploited defences, but this is no longer the case. There’s a much higher level of skill required to get past a defence, but you are highly rewarded for getting a bit of space either outside the paint, inside or when driving for that dunk or lay-up.

The biggest change relates to the shot metre which has seen a huge change in terms of function and aesthetic.

The biggest change relates to the shot metre which has seen a huge change in terms of function and aesthetic. If you create space and aren’t heavily contested, the window of opportunity for nailing a shot becomes much larger. On the flip side, if you are heavily contested or use too much stamina in the build up, that window becomes much smaller and sinking your shot is far more difficult as a result. This seemingly simple design and effect change has such a large influence on the overall gameplay that you have to wonder why it’s taken 2K so long to implement it.

Having stamina affect your shots means that you can’t just spam skills and try mindlessly sprinting past defenders to get to the hoop as doing so will result in many missed shots. Instead, you need to build up the play more cautiously and smarter, changing up your approach as often as possible to get the best results. It’s maybe a larger challenge, but definitely one that feels more in line with the pace and flow of a real NBA game. Note that for people who may be overwhelmed - there is always the option of playing on the easiest difficulty which still allows a more casual play. 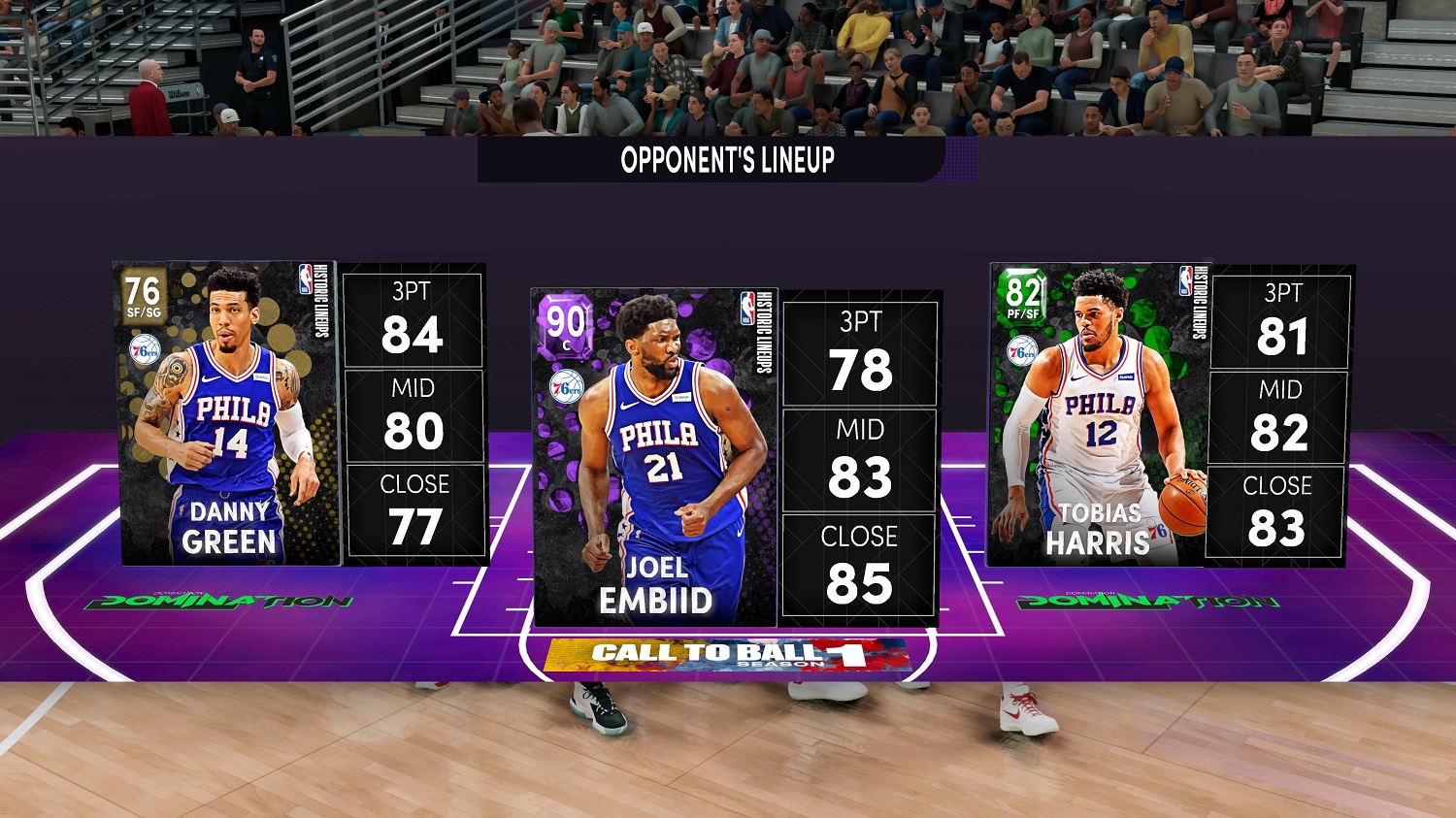 As much as there are improvements in the gameplay, there are still some annoying issues that haven’t quite been ironed out, the passing mechanic feels a bit delayed at times and there are still instances where players drop the ball from the smallest of bumps when running. It’s not nearly as common as previous games, but still adds to the frustration especially when playing online.

One place NBA 2K22 does not skimp on is it’s expanded City mode which now incorporates the much loved MyCareer mode.

One place NBA 2K22 does not skimp on is it’s expanded City mode which now incorporates the much loved MyCareer mode. The story element is copy/paste from a number of sport clichés where you take on a rookie player and attempt to take him from the lower leagues to the very top of the NBA. Doing so will require a lot of grinding and hard work (and microtransactions - ugh). 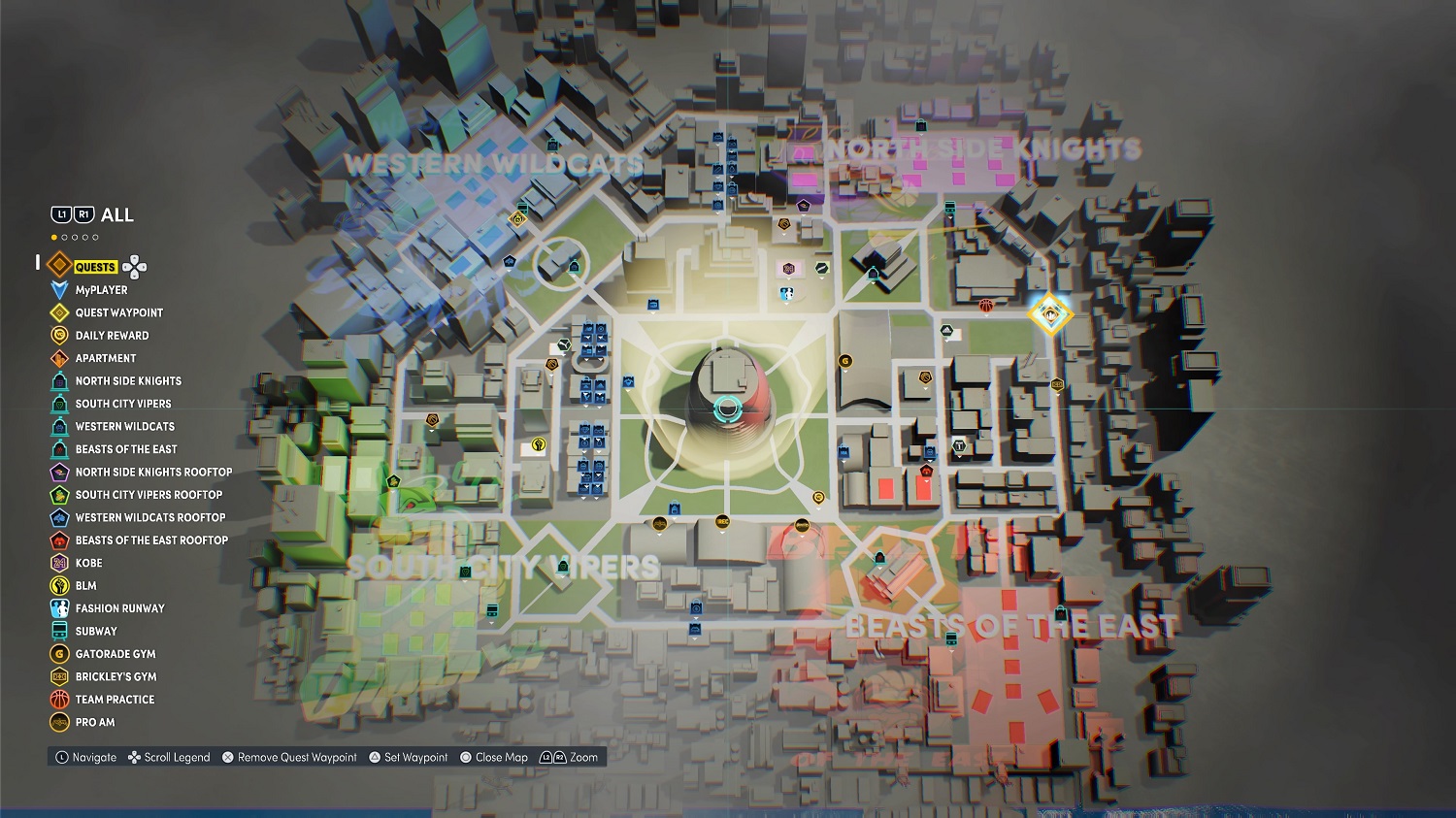 The City, at its very basic level, is thriving with things to do and keep you busy with its RPG-esque setup. Last year’s version of the City felt a bit bland but this year there is so much to do that it almost feels a bit overwhelming in terms of what to do first. You can meet with brand managers (ADIDAS, State Farm and the likes) in order to take on challenges and potentially get endorsements. You can attempt various court-based challenges such as getting a number of blocks in 1v1 or other similar “quests”. Or you can join in the skateboard racing before heading to the gym to improve your physical stats while also attending to various menial tasks to improve your skill level, attributes and fanbase. It’s all about making improvements to get your Career player to the top.

While the City has a lot of positives, it’s also where the game’s biggest problem once again rears its ugly head. Microtransactions are in your face wherever you go and if you want to avoid the sometimes tedious grind you will need to cough up real money. The amount of branding and advertising around the game is larger than it’s ever been and honestly feels a bit offensive. 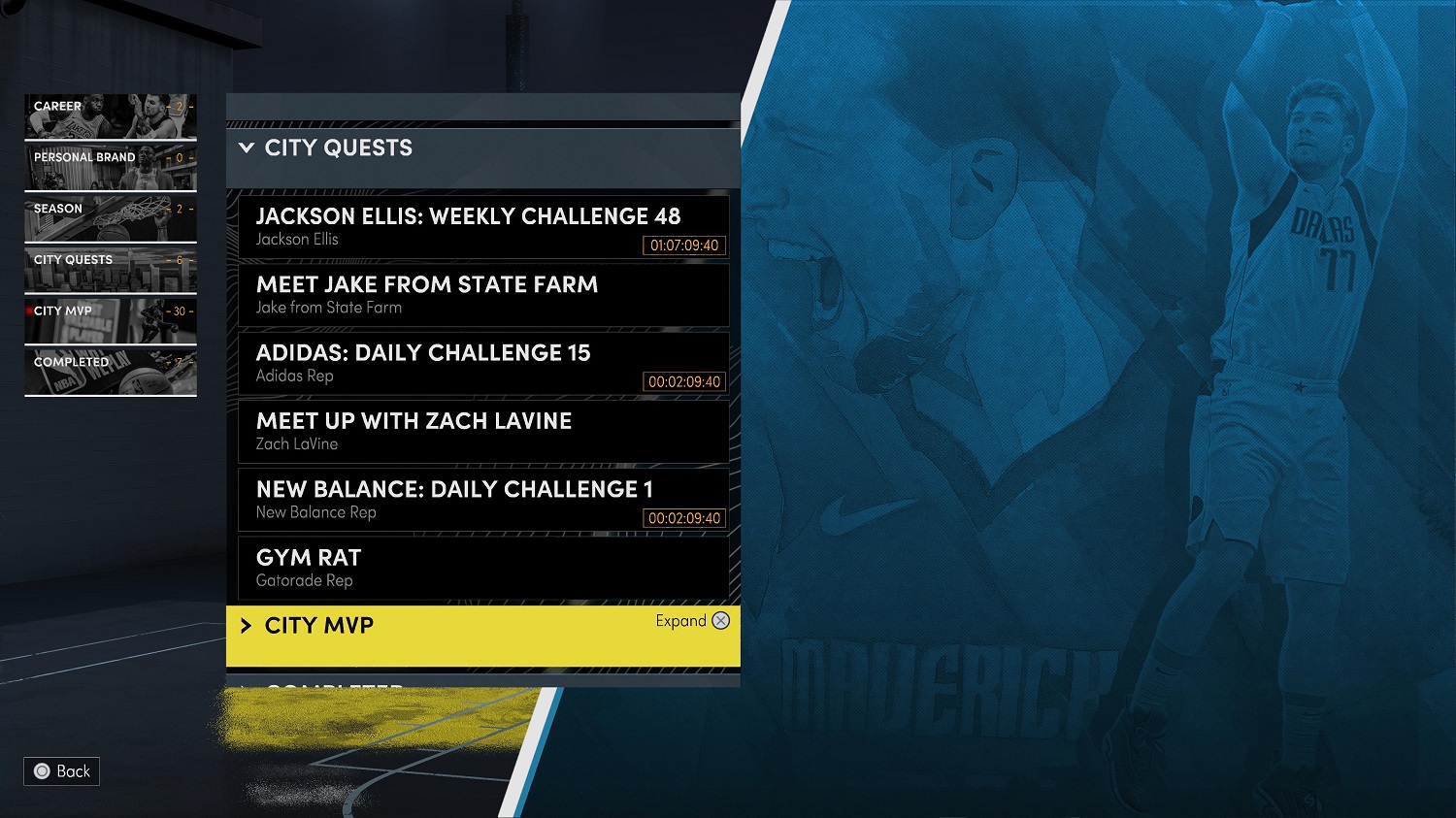 The same is true in the teambuilding MyTeam mode. Yes, once again you can grind it out by completing daily, weekly and monthly challenges while also playing in the various online and offline modes, but it’s going to take you a long time to generate enough in-game currency to truly benefit from the top tier players and enjoy the more overpowered elements of MyTeam. If you can pace yourself and not suffer from FOMO then you can get a more than decent team setup without paying, but it can be frustrating to progress so slowly.

The modes in MyTeam are largely the same with some small changes in the rewards and the way you get them, particularly in the online modes. You can still get good rewards, but the win requirements make it a bit more difficult. That said, the offline modes are more than manageable and yield relatively good rewards for your efforts and time spent. The most noticeable update to MyTeam is the Draft Mode. By entering with in-game currency or tokens, you get to draft a team based on selecting players per position out of a set of five and based on your luck you can build a strong team and take to the courts against other players. It’s a great way to get to use some players that you maybe can’t obtain through the game’s grind (not yet anyway), and also a way to get some decent rewards, even if you lose your matches. 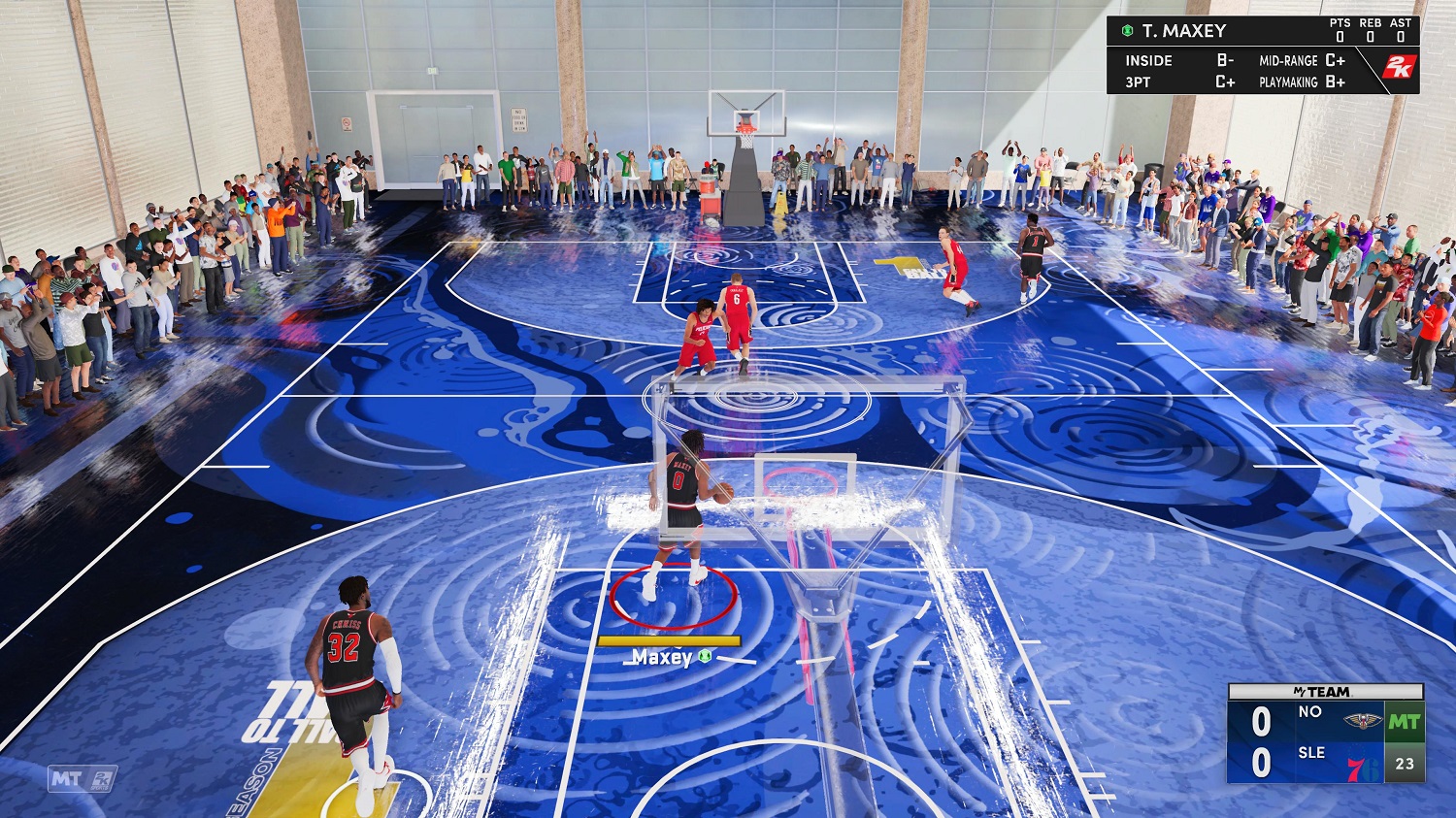 WNBA returns but still feels a tad shoehorned in compared to the other modes. There's a lot more flexibility and you have to appreciate that Visual Concepts are paying more attention to it, but (much like in this review) it's more of a "by-the-way" mode than anything else. Franchise mode also returns and gives players a lot more overview on their team than ever before. If playing on the court isn't for you and you want to manage things a bit more closely, you will find a lot of depth and value in the Franchise mode.

The movement of the players, the stadiums, the crowds and the general likenesses of players and coaches is simply astounding...

NBA 2K22, like its predecessors, shines in terms of its visuals and audio. The movement of the players, the stadiums, the crowds and the general likenesses of players and coaches is simply astounding and truly benefits from the next-gen upgrade. The music is, as always, a highlight with tons of great tracks to listen to plus the promise of an ever-changing lineup through 2K's live service in the months to come. Sadly, the load times still feel a little too long, especially if you are used to the almost non-existent load times on most PS5 games.

Overall, NBA 2K22 is a hugely satisfying experience and one that will no doubt keep you busy for a long time to come. If NBA 2K is your one game for the year, there's every certainty that it will have enough options, modes and gameplay experiences for you to cover your entire year. The basketball gameplay is magnificent, the visuals and audio are too... now 2K just get rid of the overly offensive microtransactions and advertisements... please.
7.5 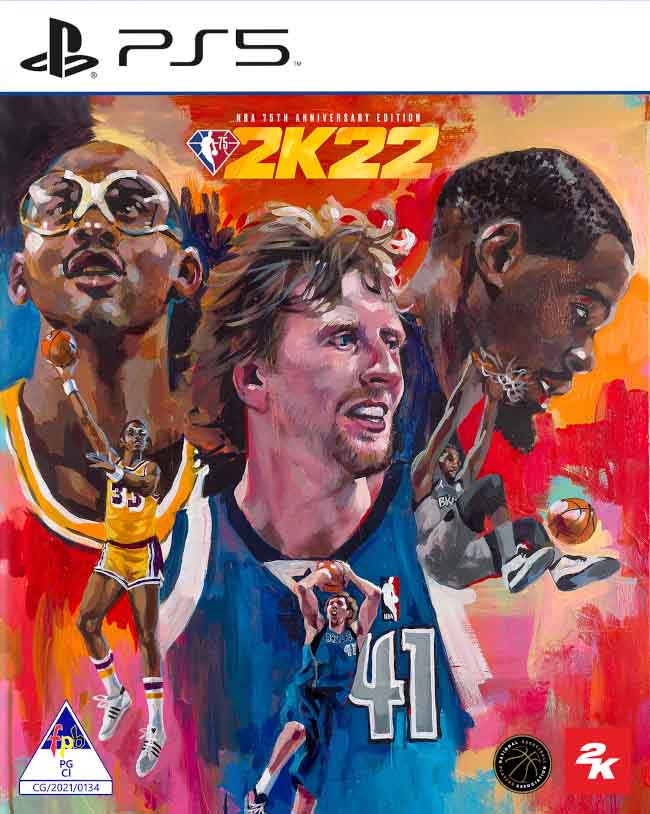