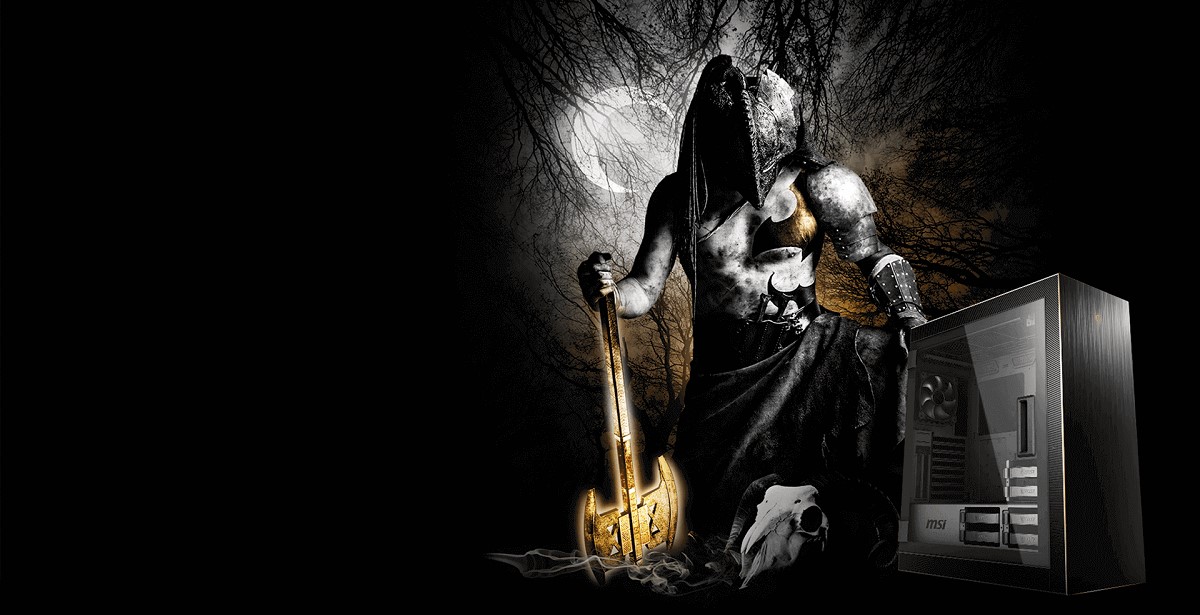 MSi are one of the biggest names in motherboards and graphics cards, and even their CPU cooling solutions, but few know them for their cases. We got our hands on of the higher-end premium desktop cases from MSi, the Sekira 500G, and it's a showcase as to why a high-end PC case matters - and why MSi is where you should look. 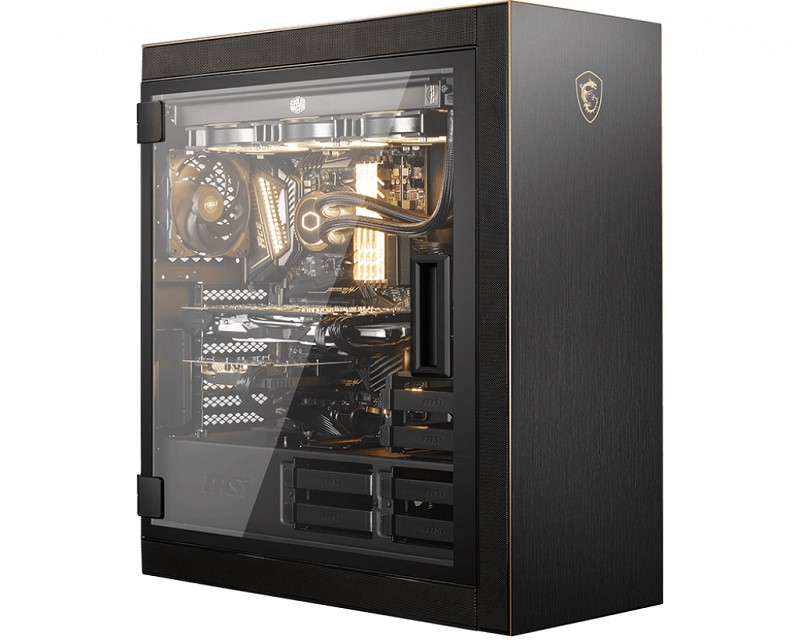 First impressions of the MSi Sekira 500G out of the box are that of grandeur and opulence, with a brushed aluminium finish with a rose gold trim around the edges of the case, and a golden MSi logo in the front. Another noticeable feature is just how much space you have in the interior, opened by a tool-less tempered glass panel on each side.

The front panel is also built on a swivel to allow easy access to the fans, making mounting and removal easier. MSi has included venting on the top and front panel, to allow air to pass through the case and into the chassis itself, as the front and top panel are solid rather than mesh. Rubber feet are added to the bottom to ensure the case stays firmly wherever you place it. 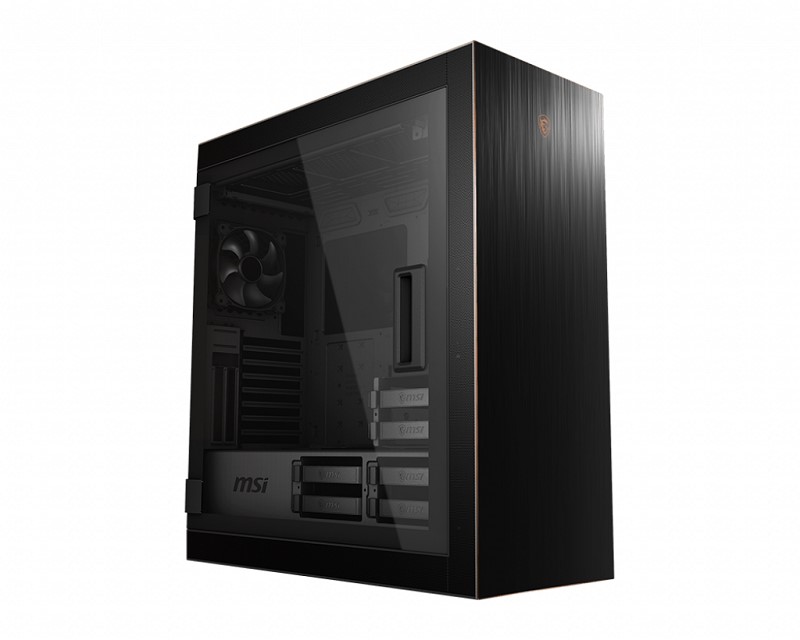 When looking inside, we see the motherboard tray, able to fit EATX motherboards and smaller, along with a host of hard drive cages, as well as a PSU shroud. At the rear, we have traditional PCIe expansion slots, a rear fan, as well as a vertical graphics card mounting mechanism.

The MSi Sekira 500G is a rather open and spacious cabin for you to work in, without needing to bend and twist your arms and hands in unfathomable ways. Opening the panels, you are met two 200mm fans in the front of the case - other models may vary - and a single 120mm fan at the rear. Both the left and right side panel are placed on a swinging hinge, with a handle for grip, and held down by magnets. Unfortunately, the handles do detract from the flush aesthetic, and making them smaller would have helped a lot. As we said, both panels are tempered glass, and while this may be down to personal preference, but being able to see cables - as the glass is not tinted - takes even more away from the spectacular aesthetic of the case. 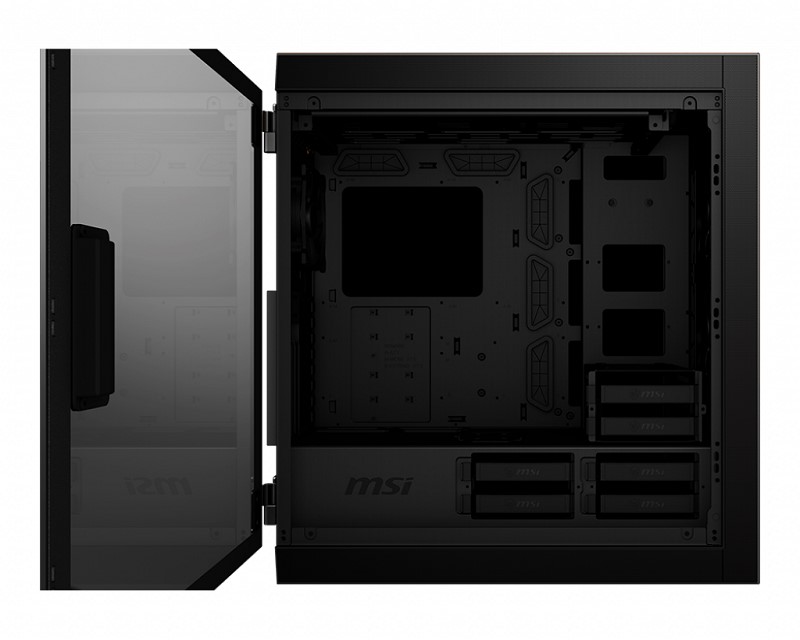 Thankfully, MSi has recognised the challenges with radiator installation, and how frustrating it can be to attach a radiator to the case, only to realise you mounted a cable wrong, and now you need to remove it and reattach it. MSi has included a modular radiator mounting bracket, making installation and removal that much more convenient. Modular mounting brackets are becoming more popular in cases these days, and it's great to see MSi embrace this service.

MSi has included a modular radiator mounting bracket, making installation and removal that much more convenient.

Unfortunately, the case falters on one key aspect, which is airflow. While the popularity of solid front and top panels is rising, using side ventilation as the primary source of air coming in, it is a severe restriction on how air can pass through - imagine a tunnel that supported eight lanes of traffic, being diverted into two. While MSi has given roughly 35mm in clearing in all of their ventilation ports, which is larger than most, it still limits how much air the front fans can suck in. This extends to the top of the case, where hot air is not extracted as efficiently as it could be, leaving more than optimal levels of hot air inside the case, or circling around. The solid front and top panels do look phenomenal with the brushed aluminium finish, but it just isn't practical. 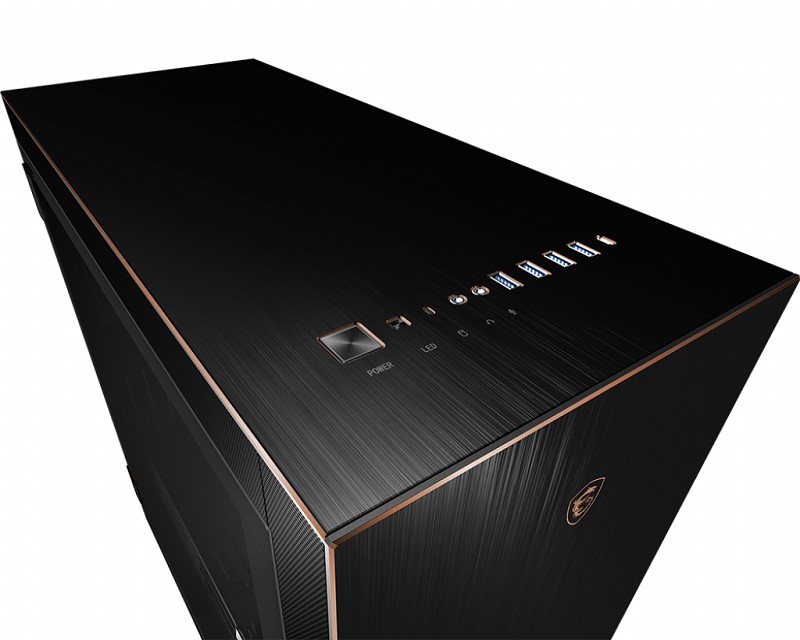 In saying that, we found no other issues with case, and were thoroughly impressed with the rigidity of the vertical graphics card mounting, which also adds a unique look to any build. This extends to the case all around, as the build quality was impeccable.

Expecting users to flood the case with storage, the Sekira 500G offers six 3.5” drive bays which can support 2.5” drives, as well as three dedicated 2.5” drive bays. As the case is built to be paired with the MSi X570 MEG ACE, it needs to offer as much storage solutions as possible, which they have achieved, and then some. However, we would much rather have more spaces, because we could realistically work on six drives at the same time, which made productivity monumentally better. 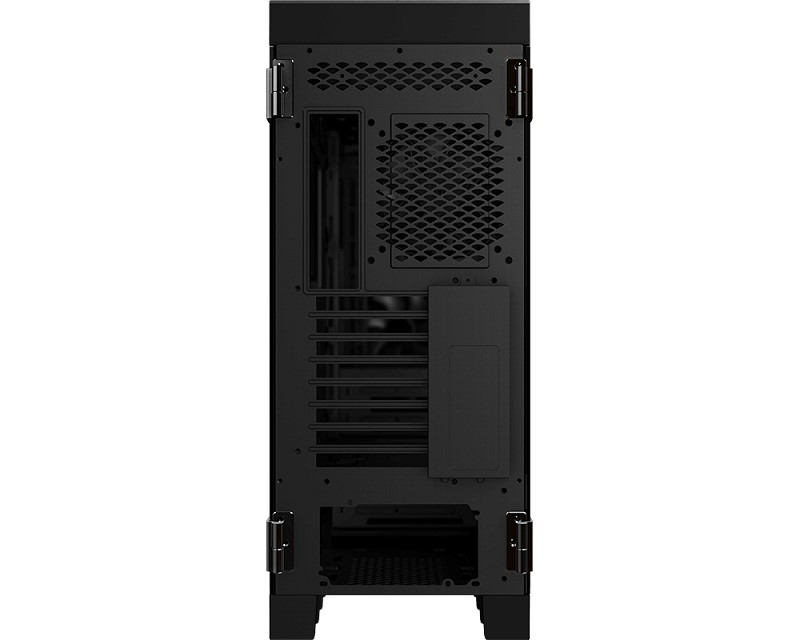 Overall, the MSi Sekira 500G is a sensational chassis, offering great cooling support, plenty of storage, and an opulent aesthetic. However, the air flow issue is concerning, and would be better off with traditional ventilation. Though, that vertical GPU mount must just make it worth it.

Tebulot
This.... I do believe this will be my next case. Thanks for the review!