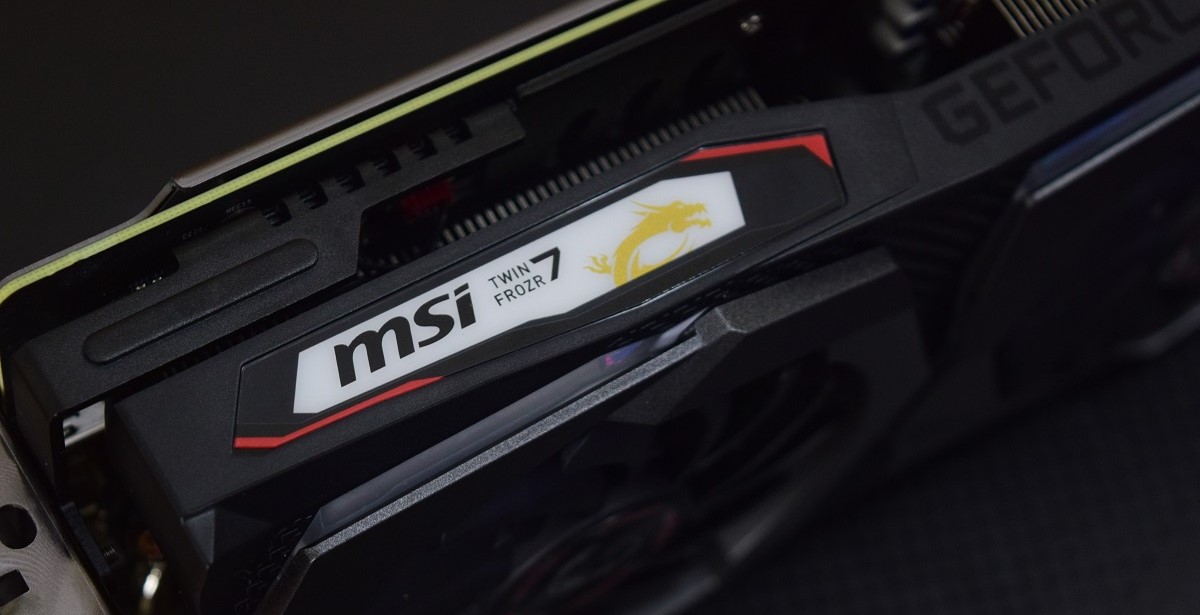 As someone who has only recently gotten into the PC gaming scene, getting the GTX 1650 graphics card from MSI was a godsend. Looking at all the various options one could go for when building a PC, sometimes pricing can become a bit of an issue. Thankfully, the GTX 1650 enters the market at just the right price point, and also boasts a decent amount of horsepower too. 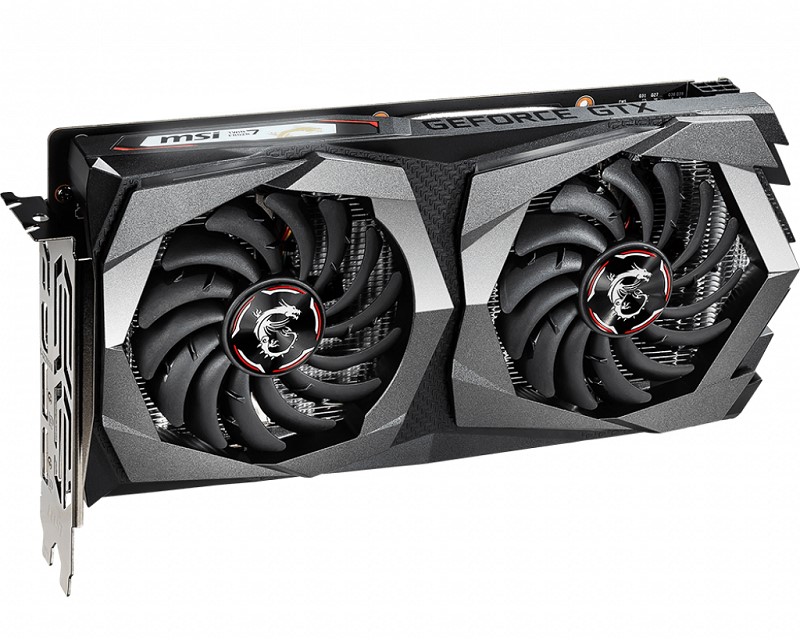 The 1650 series graphics cards are once again based on Turing architecture, offering just that fundamental shading engine. The GPU has been cut-down, the available memory configurations will be 4GB GDDR5 (8 Gbps) running a 128-bit wide bus. This 75 Watt rated graphics card has 896 active shader processors. MSI fires off a proper boost clock to the card at a nice 1860 MHz domain. Having smaller TU117 silicon, it doesn't run too hot and, in fact, is really energy efficient.

The cooler is following a dual-slot TwinFrozr 7 design. The card comes with one power connector (6-pin PCIe). Though it may not have splashes of RGB, it is a very attractive product, and easy to drop in. The card offers one HDMI and 2x DisplayPort. This Turing 117 GPU empowered product keeps that GPU at roughly 65 Degrees C marker depending on game load. This compact card is based on an OC model, meaning a stock properly tweaked Boost clock.

The biggest issue with budget GPUs is that they never really offer something new in terms of performance. In the case of the GTX 1650, it was never meant to redefine its offerings, but simply make 1080p a lot more accessible to the masses.

That's the primary draw I think. The ability for the GTX 1650 to work in pretty much any PC that has an PCIe 3.0 x16 slot. You don’t need to be a connoisseur of the PC world to understand that it can play your games really well, and doesn’t break the bank doing so. 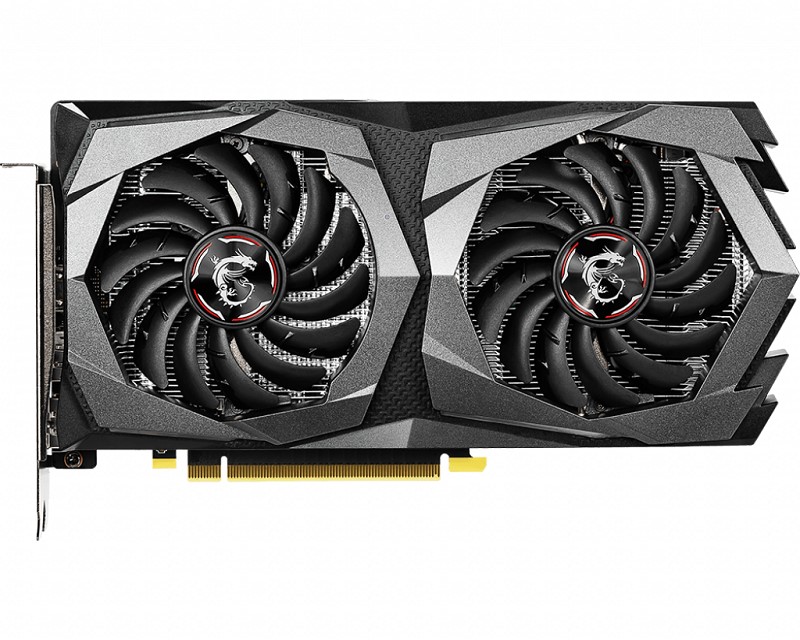 In terms of design, the GTX1650 isn’t going to win any awards, but it will appeal to many PC gamers who love that stealth look. After placing it into my PC, it simply disappeared into the background, only reminding me of its existence whenever I opened up a game.

Nvidia’s PR claims that the GTX 1650 will be up to twice as fast as the GTX950 and 50 percent faster than the GTX1050, and that doesn’t sound too far off from what it has been doing. Especially, since both of those cards only have 2GB VRAM. I currently own a 1050 Ti and the 1650 has shown to be more resilient with everything I have thrown at it.

The performance improvement comes from several changes. First, the 1650 has more memory bandwidth and CUDA cores compared with the 1050/1050 Ti. Second, it's clocked quite a bit higher. Third, the Turing architecture supports concurrent FP32 and INT calculations, which can boost performance another 10-30 percent over the Pascal GPUs.

Doing some real-world testing, I can safely say that the GTX 1650 is perfect for 1080p gaming. This is currently the standard that we aim for, considering most monitors support 1080p gaming. The GTX 1650 is definitely a good upgrade for those seeking to get a little more out of their old PC. I found that I could get between 58-64 fps at 1080p in Battlefield V, with all the settings turned to high. The same could be said when I tested the card on Grid 2, with the game peaking at around 70fps. At 1080p, the card ran like a dream. 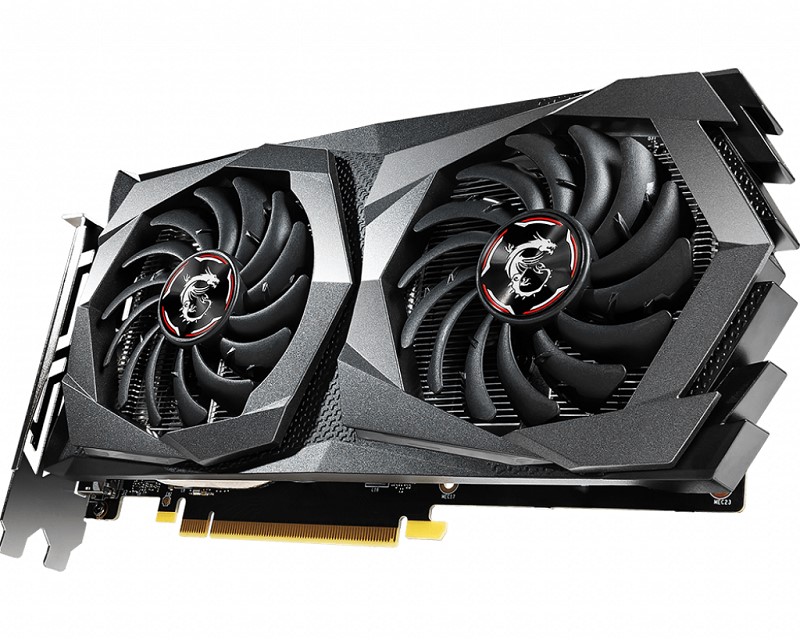 It goes without saying that this card wasn’t meant to munch through 4K benchmarks or play many games on ultra, so don’t look at this card if you’re attempting to build a PC for 4K gaming.

It is a refined experienced, much like a trip to Mc Donald’s. Sure, you’re not having gourmet hors-d'oeuvres or meals but you are having some tasty food. The GTX1650 will comfortably get you an enjoyable 1080p gaming experience, if your other components fit the bill. But don’t try pushing it beyond its means.

Many gamers hate it when their rigs sound like jet engines. Regardless of your budget, the amount of noise a card makes should always be a factor. Thankfully, MSI has outdone themselves with the cooling on this card. Even under load, the graphics card was barely audible and didn’t even come close to interrupting any headphone-related gaming sessions.

The Twin Frozr 7 thermal design lives up to expectations, ensuring that the card doesn’t suffer from high thermals. That being said, the GTX1650 comes out of the box with one of the highest base overclock (1860Mhz) values than any other GTX 1650. You can safely go to around 8 000Mhz, but I will suggest against this because you won’t see much of a performance increase with this card. 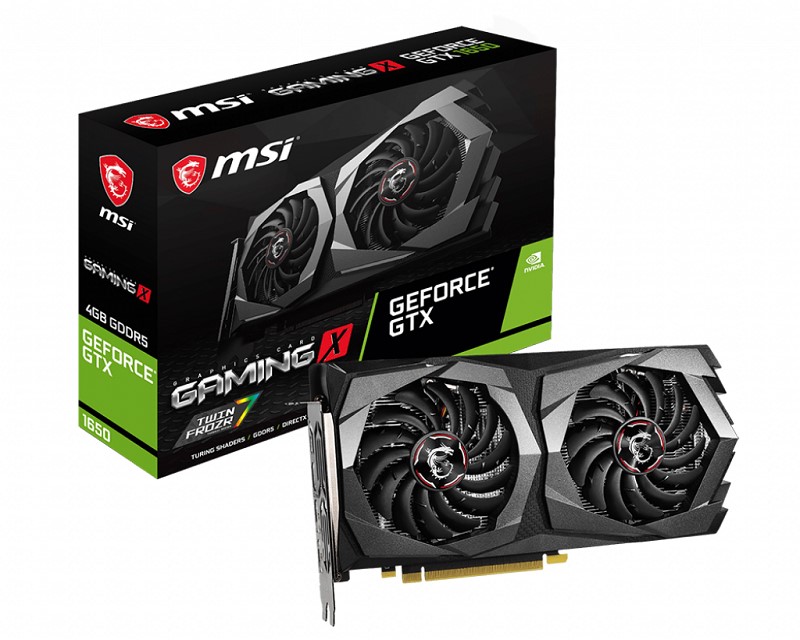 You may be asking if you should buy this card. Simply put, yes. But that is if you’re in the market for an upgrade and you happen to have a GTX 1050 Ti, 1060, or 9-series graphics card. The GTX 1650 will be a monumental upgrade over the aforementioned cards, considering the rather reasonable retail price.

The GTX 1650 from MSI is a well-priced budget friendly graphics card that punches way above its price bracket. The card can handle stable 1080p gaming, with little-to-no compromises. The GTX 1650 has proven that you can, in fact, get a phenomenal gaming experience, without digging too deep into your pockets. This is a fantastic card for budget enthusiasts and those trying to get into PC gaming. For those who are seeking a little more performance for their buck, check out our GTX 1660 Ti review.

The highest out-of-the-box base clock

Lack of RGB may be off-putting