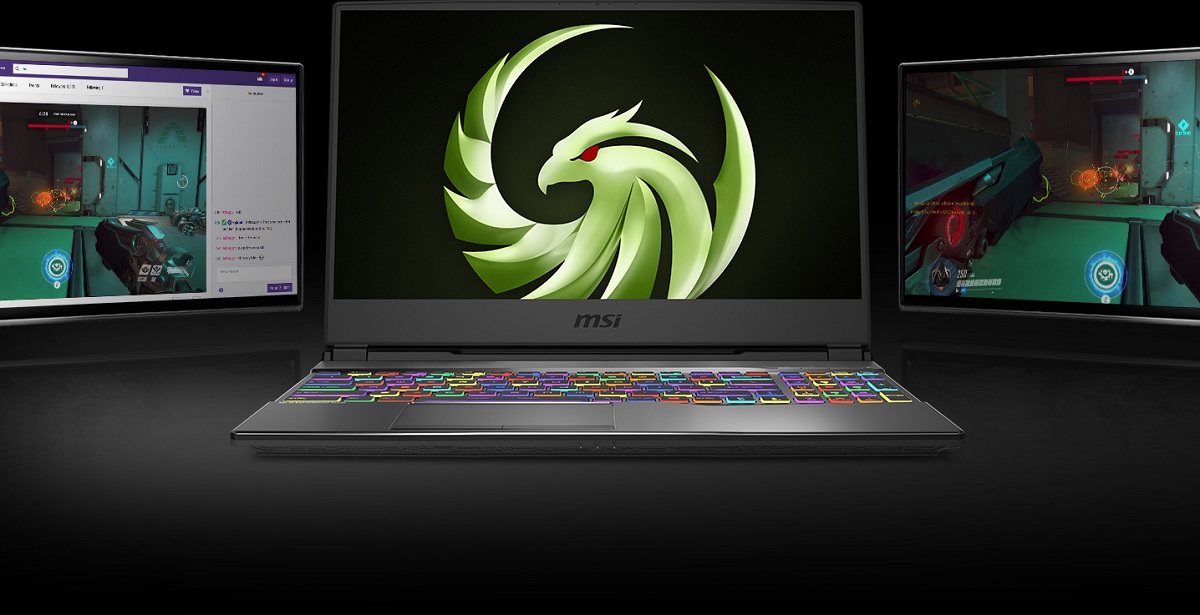 Something that gaming notebooks have not been entirely known for are their value factor. Unfortunately, even when we take the portability factor into account, the excess premium for a gaming notebook compared to a desktop just hasn’t really been justified. However, MSi has sought to bring value back to their gaming notebook line-up thanks to the use of AMD components. Introducing the Alpha 15 - has it paid off? Let’s take a look. 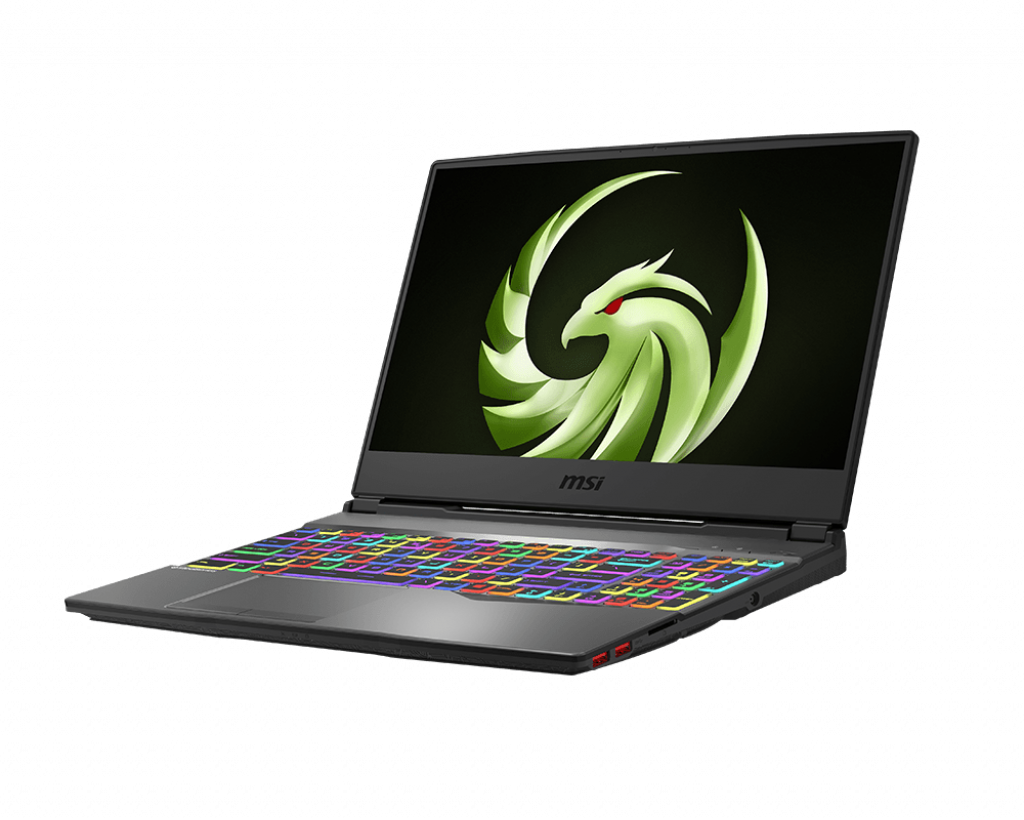 MSI has equipped our review unit with a Picasso architecture APU - the aforementioned Ryzen 7. The quad-core processor has a 2.3 GHz base clock, which it can boost up to 4 GHz. It also supports Simultaneous Multithreading, a feature that allows the Ryzen 7 to execute up to two threads per core simultaneously. Testing showed that the CPU can operate around 3.6-3.8 GHz in multi-threaded tasks while plugged-in, and at 2.4Ghz on battery power. That being said, the CPU can go from 2.6-4GHz in single-thread tests while plugged-in and sustains a cool 2.4GHz on battery power.

Storage solutions max out at a single M.2 SSD and support for a single 2.5” SATA drive. Other notable features include an HD webcam - 30fps@720p - a 51Whr battery life, and two 2W speakers. For connections, MSi has provided a single USB3.2 Type-C, three Type-A USB3.2 connections, a single RJ45 connection, a single Micro SD slot, along with a single 4K@60Hz HDMI out port, and a single Mini-DisplayPort connection. 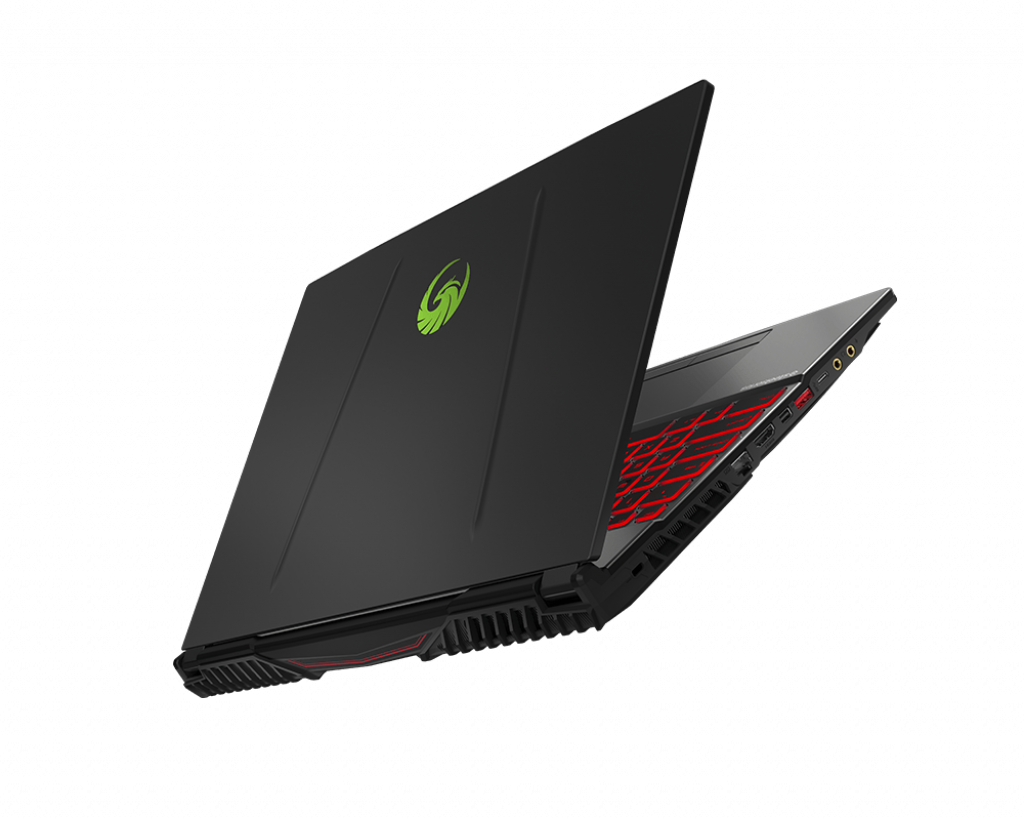 The MSi Alpha 15 A3DDK has a fairly mixed build between metal and plastic - with the lid being the only metallic component - however, the plastic feels firm and rigid throughout. While not recommended, holding or carrying the notebook on the corner of the device with the lid open hold firm, with no bending or twisting of the chassis. Thanks to the increased rigidity of the lid, when closed, the notebook holds its shape even more.

All around, the MSi Alpha 15 boasts a clean black finish with a bright green logo on the lid, with the only exceptions being the keyboard, which is dark silver and grey. The somewhat matte finish does leave the lid open to picking fingerprints up quite easily, and they can be a tad difficult to clean off. Making up for this, though, is the fact that MSi was able to shove high-end 1080p gaming, and excellent cooling, into a chassis that is no thicker than 28mm.

As you open the lid, you are greeted with thin bezels around the display, aside from the thick bottom-bezel with a large logo engraved into it. The bottom of the notebook boasts an edgy cooler grill cut, no doubt adding the gaming aesthetic. The rear of the notebook follows a similar trend, with large fins on each side, and a central grille reminiscent of an Italian supercar. All in all, the MSi Alpha 15 offers a sturdy build construction with a premium and edgy design. 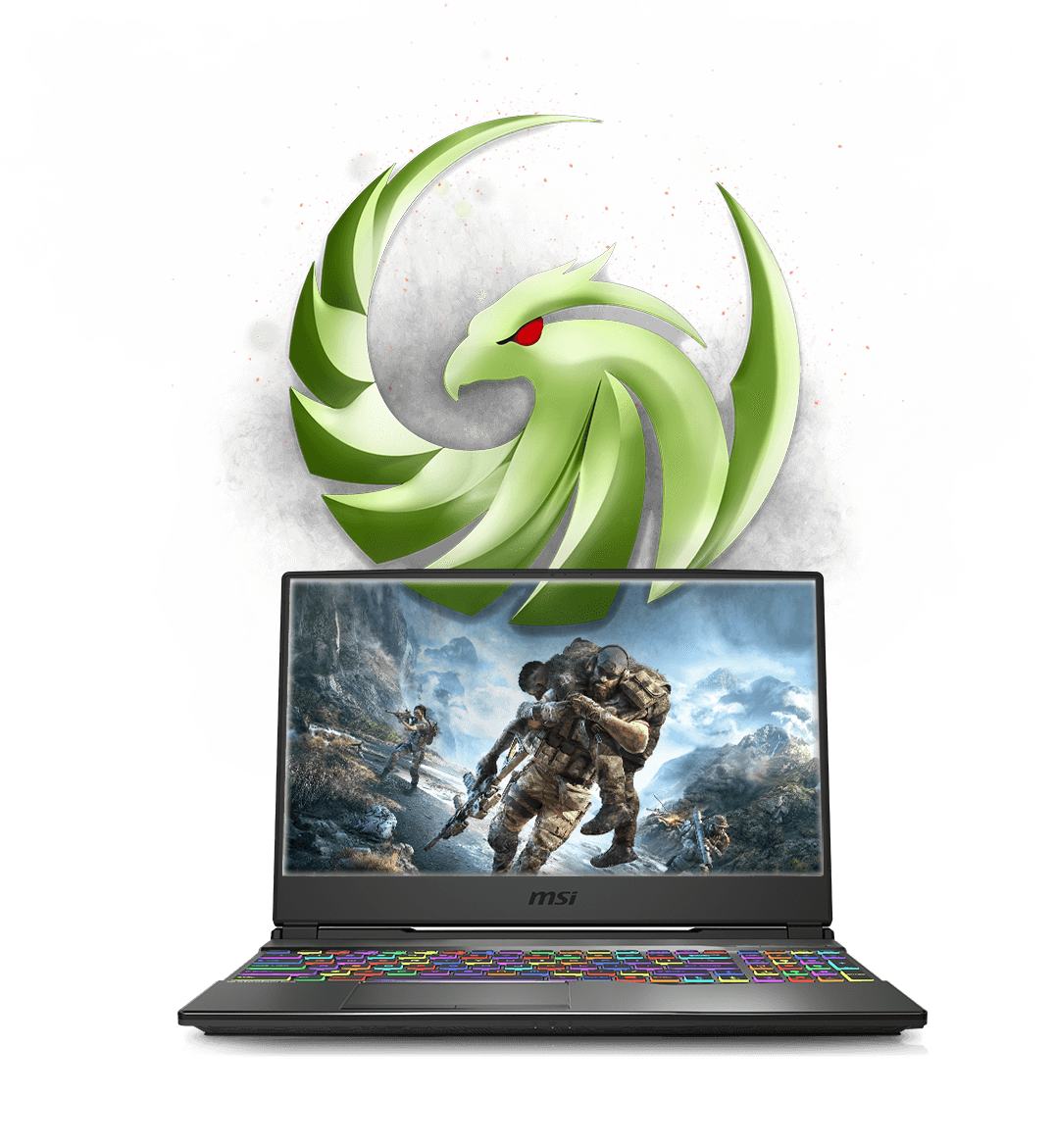 The MSi Alpha 15 does boast the most powerful components around but it does promise a fantastic 1080p gaming experience - which it delivers. We tested the Alpha using five titles, namely: Far Cry 5, Rise Of The Tomb Raider, Star Wars Jedi: Fallen Order, Control, and The Witcher 3. All games were tested at 1080p at the highest settings possible

Star Wars Jedi: Fallen Order came in a respectable 50fps at Ultra settings, with the Alpha 15 pushing 60fps closer to Medium settings. Control was slightly disappointing, though, coming in at just under 40fps at the highest possible settings, but leaped massively to just over 50fps at medium settings. After our test with Control, we were slightly concerned with what the results would be for The Witcher 3 but we were pleasantly surprised - at the highest settings possible the title ran at roughly 45fps, but redeemed itself heavily at one setting group lower, averaging 75fps, and 130fps at Medium.

Thankfully, the 144Hz IPS display did a wonderful job and translating those figures in a vibrant, and beautiful manner. The panel delivers fast response times too and supports AMD FreeSync. The technology dynamically adjusts refresh rates of the display and GPU to maximise smoothness. Those who plan to game on the go will appreciate this more and it means that players have a better experience overall. 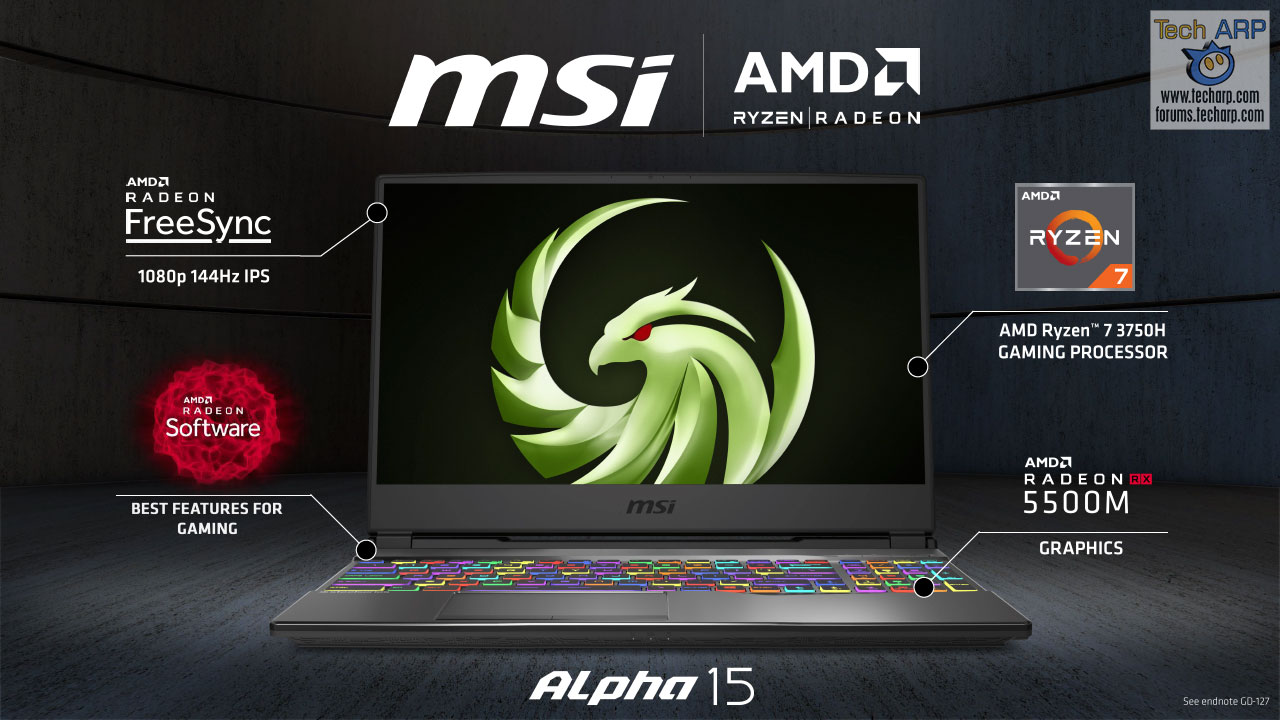 While temperatures on the Alpha 15 were pretty low, the fans told you exactly why that was. Unfortunately, the Alpha 15 was rather loud, even at idle, and while it was not deafening, it was certainly noticeable at all times. Gaming was the most impactful task - for obvious reasons - so you can’t sneakily get some gaming time in during a boring meeting, sadly. Everyday performance, such as admin work, was an absolute breeze, and the mostly-minimal aesthetic would not leave you standing out like a sore thumb in a public area - aside maybe from the bright green logo. Lastly, thanks to the low-weight 2.3kgs total weight of the notebook, it was super-convenient and easy to carry around wherever you may be going.

Overall, the MSi Alpha 15 A3DDK proves why AMD should be investing more in the portable gaming market, and while it may not boast the powerful performance figures, it certainly offers a great 1080p gaming experience, and is an excellent all-round notebook. Only let down by the noisy fans, and the fact that it picks up fingerprints like a goblin and shiny things, the MSi Alpha 15 is a fierce competitor - and a better offering - than the Nvidia alternative.