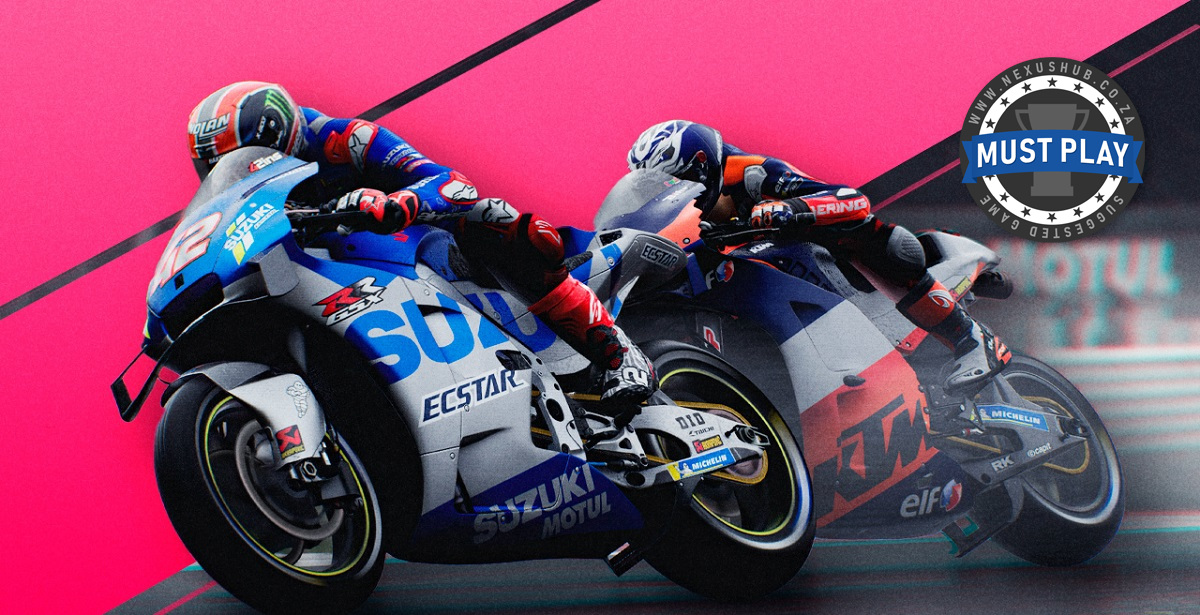 Milestone’s MotoGP series has always been a daunting creature to the fair-weather racers in the racing community. Bike racing sims, by nature, have always stood as outliers, watching from the shadows of the pit lane, teasing players with the promise of speed and sound while still keeping them at arm’s length with a punishingly steep learning curve. So steep in fact, that is enough to put many a player off for life after just one miserable jaunt around a track. Fortunately for those who may have suffered the aforementioned abuse or even those who have been on the fence about the series for the longest time (myself included) MotoGP 2021 is the perfect point of entry and is by far the most fun you can have on two wheels this year. 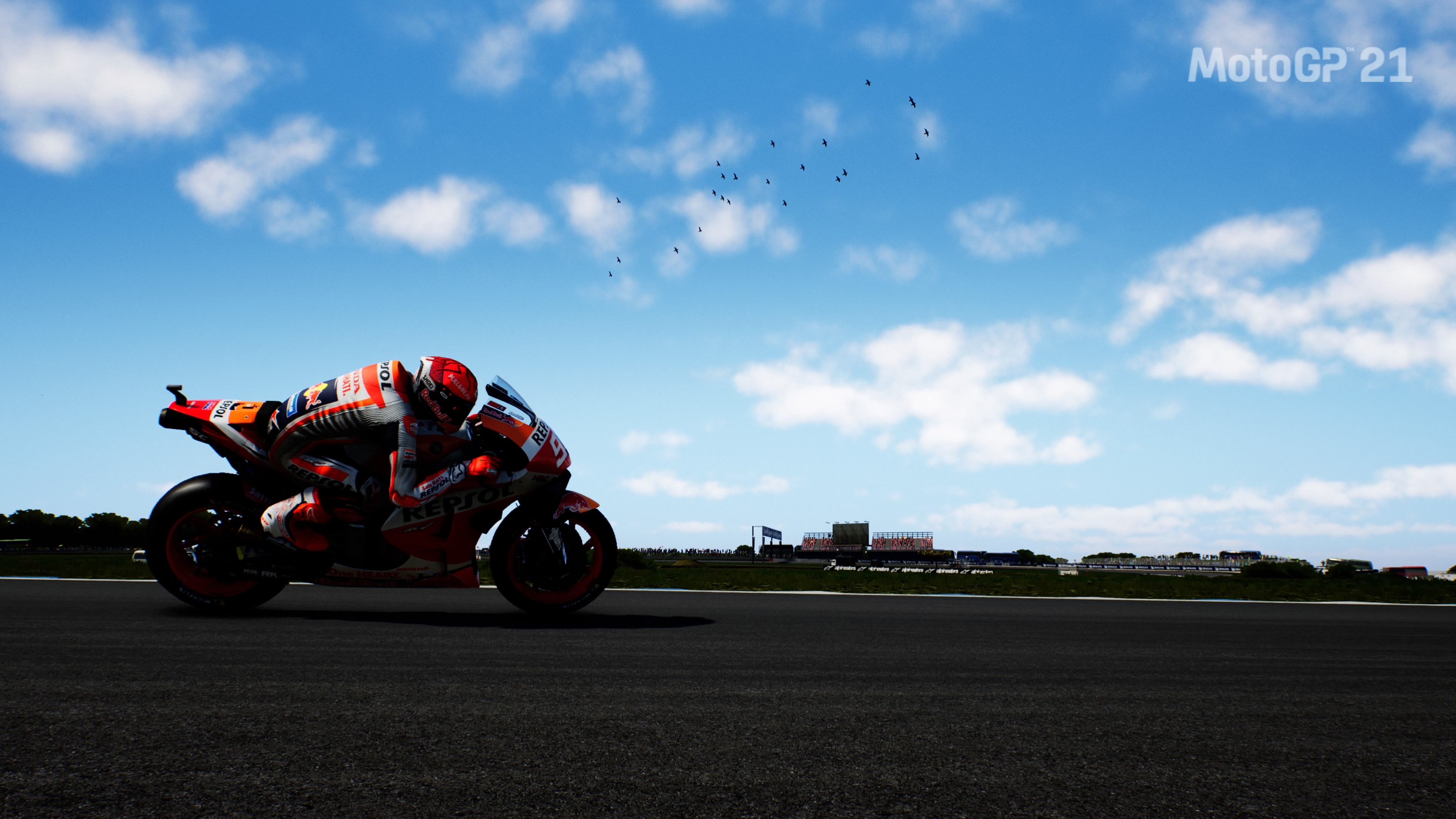 For veterans of the series, MotoGP 21 may not be the massive leap forward that they were expecting, as seems to be the case with many yearly sports titles this year. A few minor graphical updates are present, but it’s pretty much business as usual. There is a definite improvement on the PS5 version of the game particularly with load times quicker than Marc Marquez on a Saturday afternoon. It’s by no means the ugly stepchild, MotoGP 21 shines across the board, with exceptional dynamic weather effects and brilliant lighting, you’ll be hard pressed to tell the difference between it and the real thing. There is also a brilliant photo mode allowing you to capture the burning discs as you swing your rider into a tight corner.

There is a definite improvement on the PS5 version of the game particularly with load times quicker than Marc Marquez on a Saturday afternoon.

Unfortunately when riders take their helmets off it’s a bit of a time warp back to 2012 with some really awful looking character models. More often than not, I spent as little time in the pits as possible as I found it quite jarring staring at the house of wax horrors puttering around the garage. 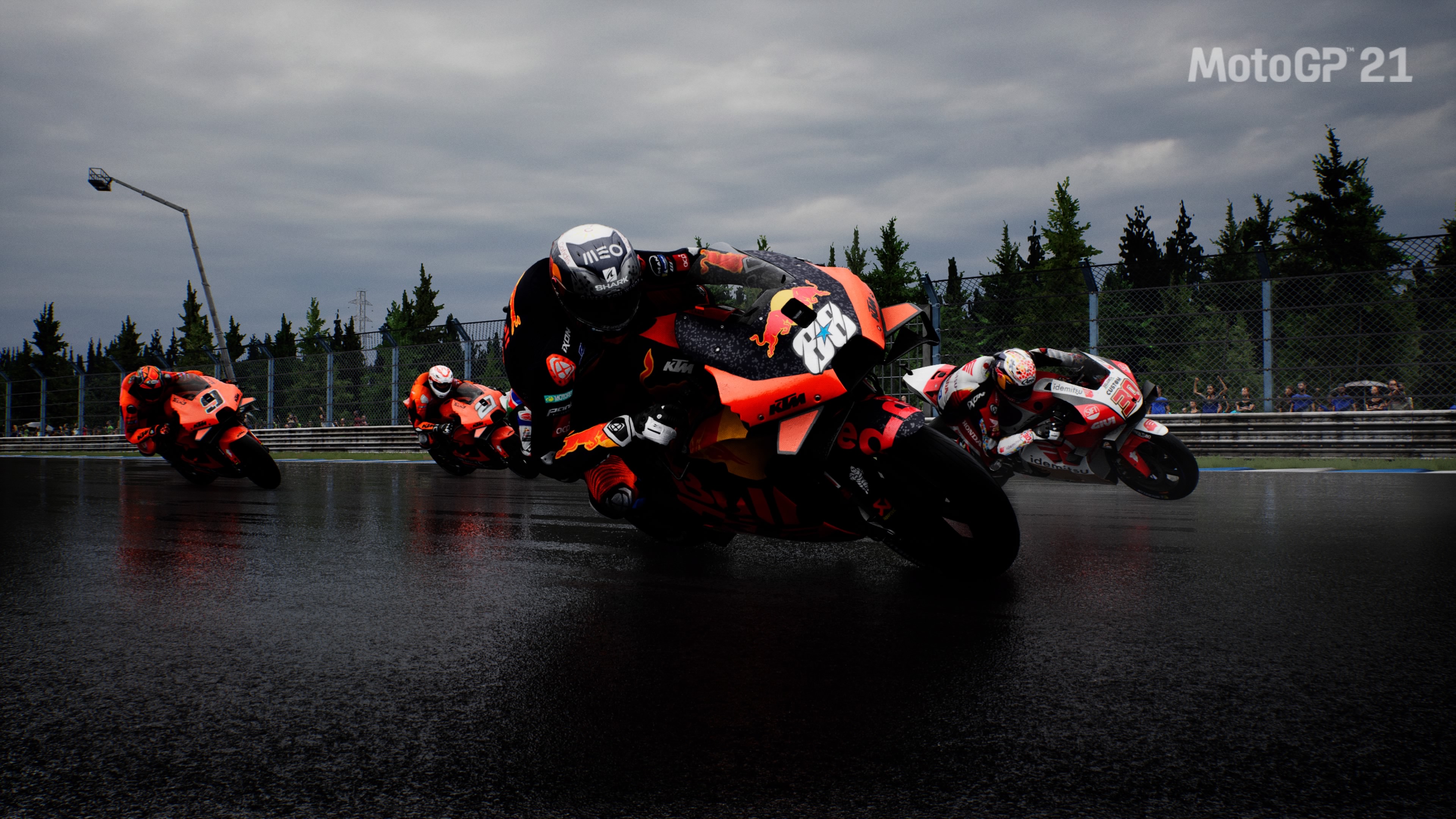 On the track things get a little more interesting this year with a vastly improved and much more deep handling model. A reworked suspension system brings a new lease of life to these death machines, providing immediate and visible feedback to bumps, curbs and different track rubbering. The bikes weight also feels much more imposing and delivers an impressive amount of realism, especially under braking. Speaking of, brake temperature now needs to be managed, this in addition to the decaying tyre compounds and ever present risk of crashing combine to present the best white-knuckle racing in a long time for the series. The sense of speed alone, especially when playing in first person, is incredibly addictive and will leave you pining for just ‘one more lap’ before you call it quits for the evening.

As a side note, MotoGP 21 also marks the arrival of the long lap penalty, a smaller lane adjacent to the track that serves as a punishment to riders who repeatedly break track violations (Think Joker lap, rally friends) and alongside a myriad of stricter rules, present the most realistic iteration of the sport to date. 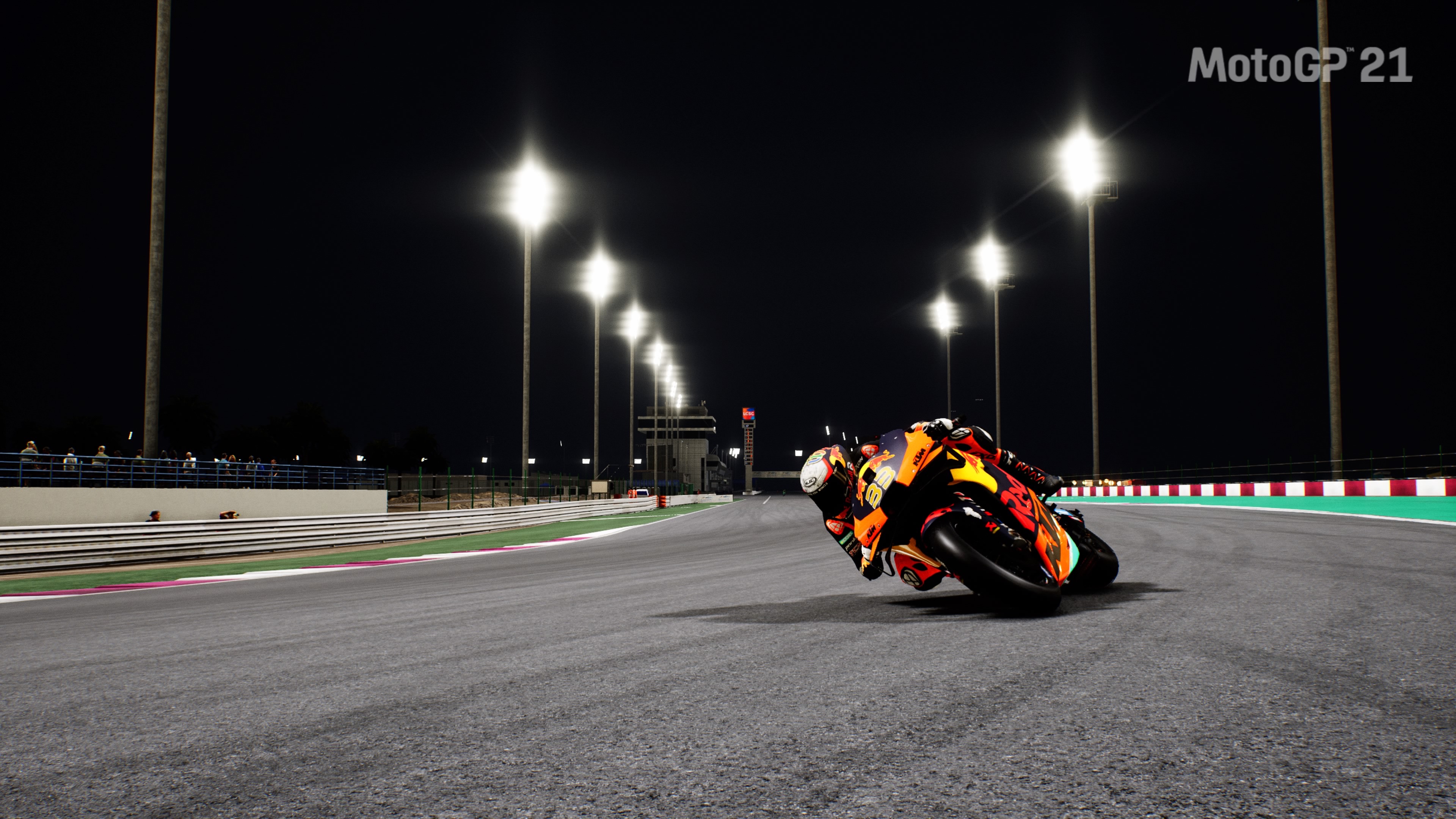 MotoGP 21 is a punishing game that deserves a degree of respect. It’s by no means a TT Isle of Man, but it doesn’t pull punches once the lights go out. Competition is fierce, AI is smart and will undoubtedly overtake you on the corner you least expect them to, and you will crash, a lot. However, it seems Milestone recognize the vast expanse between entry level and season pro players and have dutifully included a deeply comprehensive tutorial that will be sure to boost your confidence levels before you take on your first grand prix weekend. From correct braking distances to cornering lines and fuel management, the tutorial dishes out a lot more info than expected and may teach even the most battle-hardened bikers a thing or two. 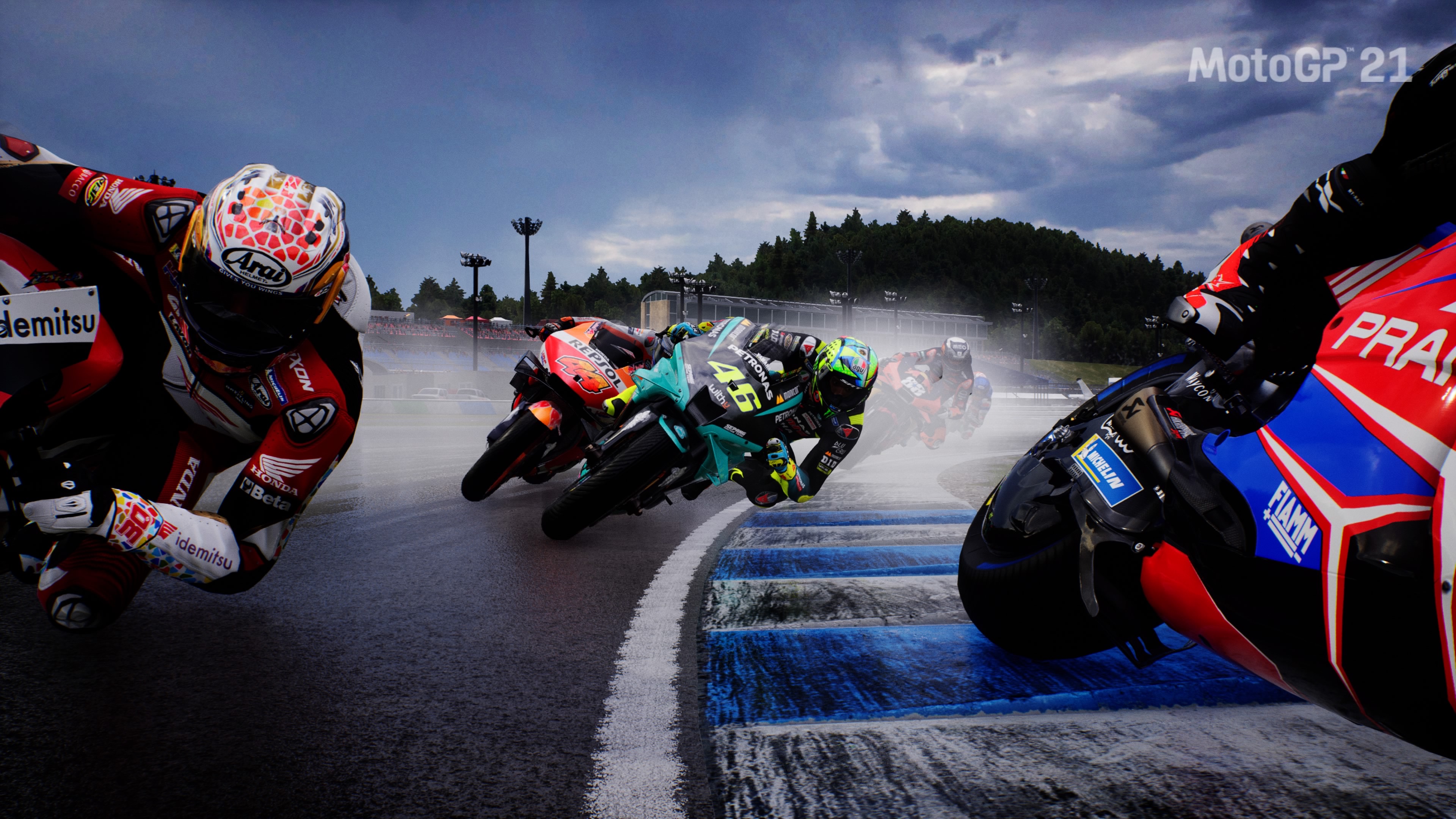 Should things go pear-shaped on track, there is always the handy rewind function too, should you need it (hint, you probably will) especially when you crash. Again, you will, a lot). Speaking of crashing, that’s been updated too! You can now opt to manually retrieve your back should you bin it and this actually adds a unexpected, but welcome sense of realism to the game as you hobble across the track in your leathers and hoist yourself back onto your metal steed. The problem, however, is that none of the AI seem to do this, so until it’s patched, you're at an immediate time disadvantage to your opponents.

Throughout the season you can catch up with your team, manage staff, improve components or research new ones...

Milestone have been keeping a close eye on Codemasters and the unashamed replication of the team management and technical development cycles throughout a season is unmistakable but well implemented and easy to get to know. Throughout the season you can catch up with your team, manage staff, improve components or research new ones and reap the rewards of your hard work on Sundays. 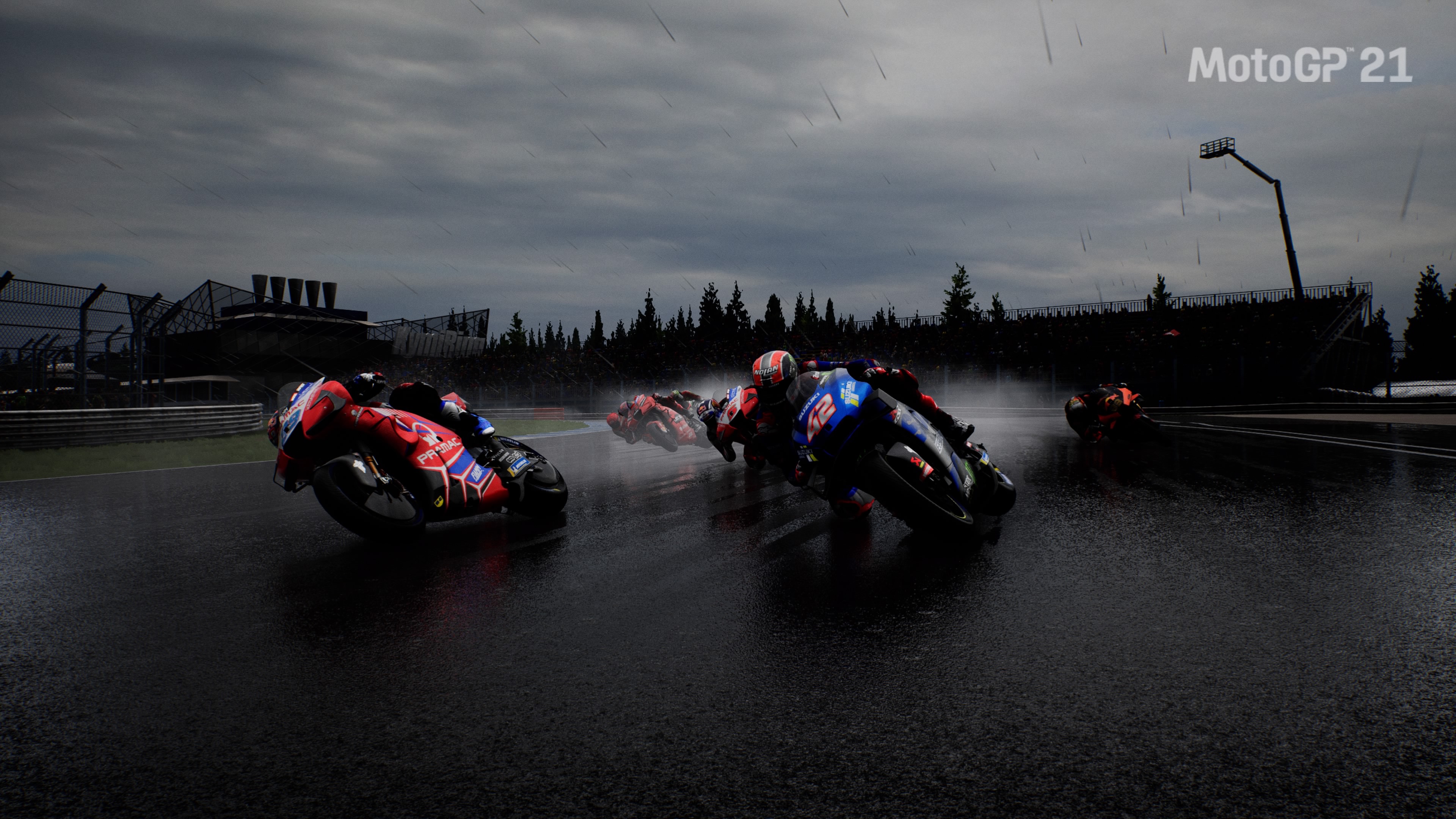 On PS5, MotoGP 21 shines with the use of the DualSense’s haptic feedback, braking, overrun and even gear changes all course through the controller providing direct and legible output into the palm of your hands. Nothing is quite as exhilarating as feeling the clutch kick as you upshift at 200kph and blast down the grid onto another lap.

All in all, MotoGP 21 makes some very calculated and deliberate steps forward this year, it’s clear Milestone wanted to focus on some of the nuances of the sport and bring a more realistic and involving experience to bear. Their awareness of new player onboarding to the series is admirable and the tutorials make for a great entry point for fence-sitters. An exceptional racing model and well realized vision make MotoGP 21 a great option for fans of two wheels and may even win over some of the players on four.

Character models are a waking nightmare

Bike retrieval, while cool, is a bit broken

Not a huge leap forward for veterans