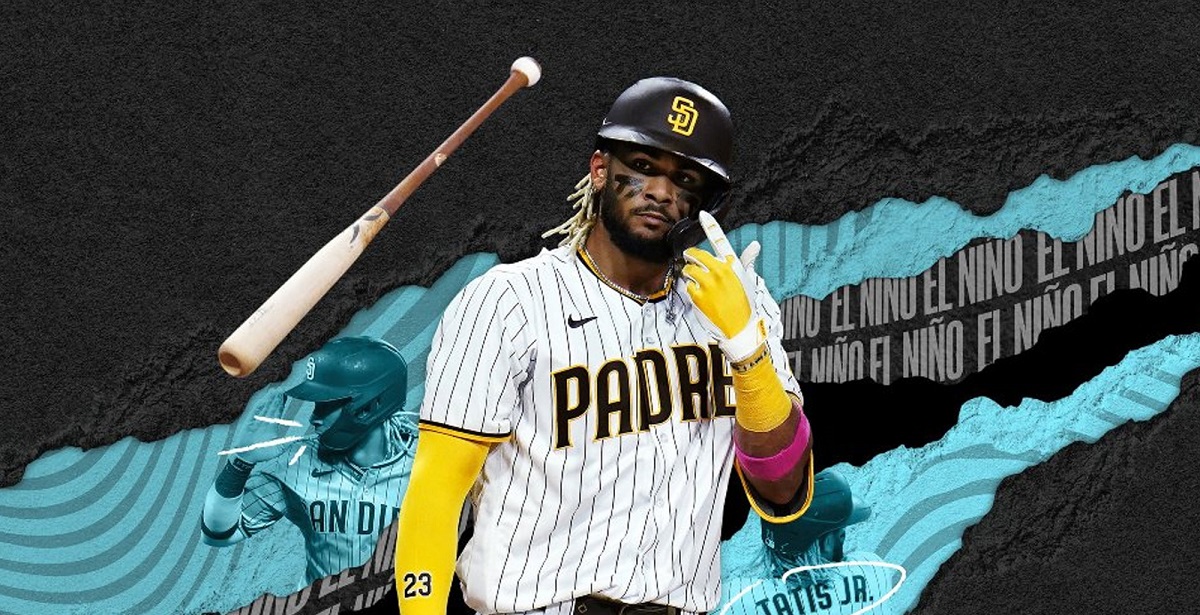 It’s been a strange time for sports fans, with stadiums devoid of fans, masked stars in locker rooms and a few clubs even considering starting their own super leagues. Sport in the past year has been a bit… weird. So when a game comes along that loads up the bleachers and brings back those warm feelings of days past, it’s hard not to feel a little more normal. Welcome to MLB The Show 21, the 16th release of the highly praised Sony exclusive baseball series. This year’s installment however, swings for the fences and may leave some feeling as if it’s coming a bit short. 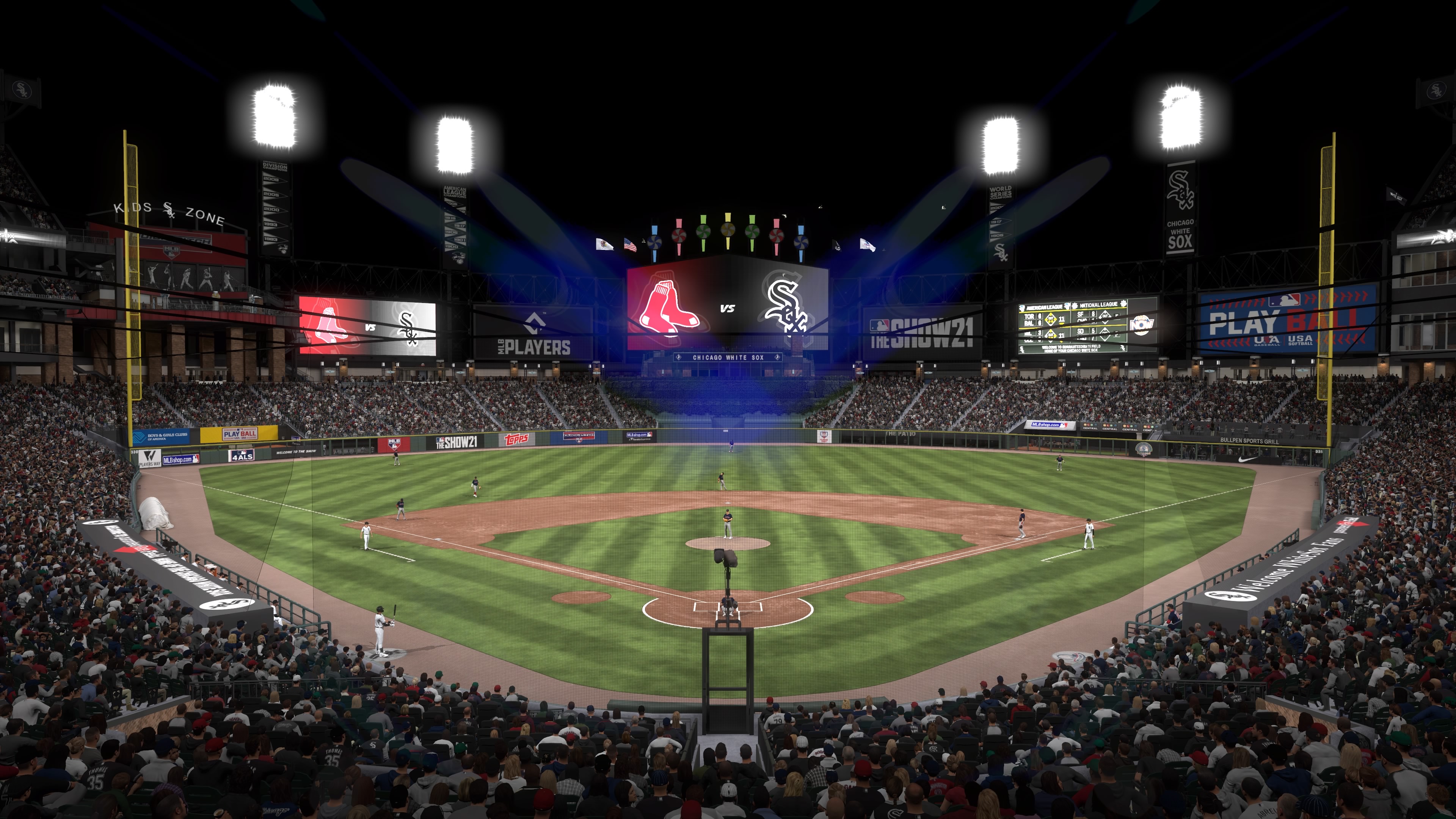 First and foremost, let’s address the elephant in the room: for the first time in its lauded history, MLB The Show, a previously Sony exclusive title, has arrived on Xbox Series platforms. While this will certainly leave a few PlayStation fans feeling like someone has stolen their base, it hasn’t detracted from the core experience or visual appearance. At first glance, The Show’s graphical fidelity seems a marginal improvement over its predecessor; there is definitely a noticeable improvement in textures and lighting but some might find the ‘next-gen’ step up a little underwhelming.

That’s not to say MLB The Show 21 is an ugly game, it shines on all fronts, especially when you’re standing at the plate on Wrigley Field in the middle of a cool Fall evening. Lighting is exquisite, batter’s helmets reflect the rally towl-twirling fans in the stands and beads of sweat dribble down a pitcher’s stoic mug, facing a 3-on, no-out scenario. 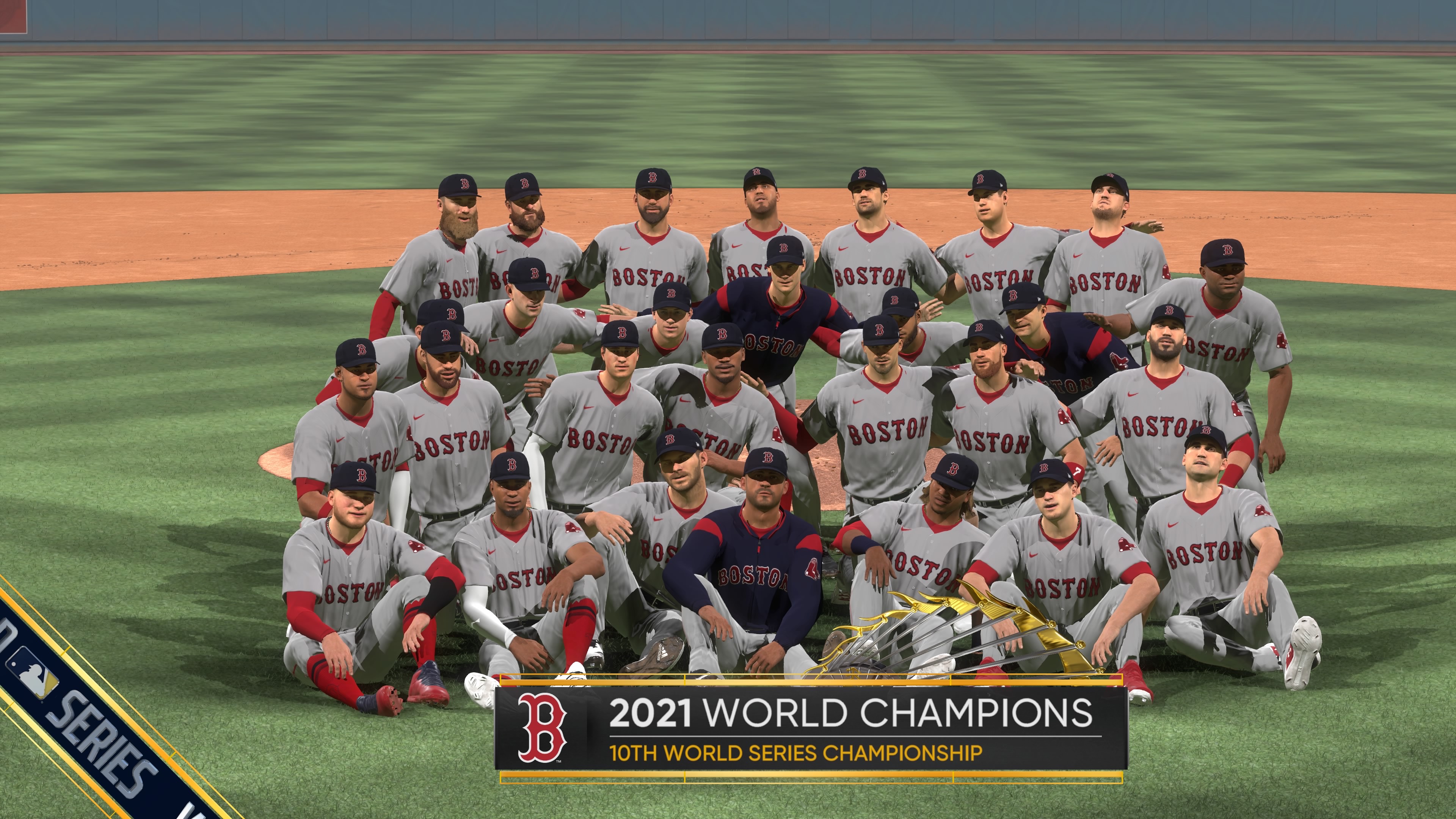 It’s on the field that MLB The Show 21 really stretches its legs. The addition of hundreds of new animations is a welcomed one, with a much more noticeable and natural feel to movement and player fluidity. Fielding in particular has a much smoother and more lifelike feel to it, with complex double plays or outfield relays feeling much more natural instead of zipping across the field without much effort. Pitching also sees some love with a new interface, ‘Pin-point Pitching’, which utilizes precise movements on the right-thumbstick to carve out a line in order to perform a certain pitch type. While daunting, it is easily the most rewarding as timing and accuracy are key and, frankly, there is nothing quite like zipping a screwball past Albert Pujols for a complete shutout.

Pitching also sees some love with a new interface, ‘Pin-point Pitching’, which utilizes precise movements on the right-thumbstick...

It certainly won’t be everyone’s cup of tea (or chewing tobacco, how many baseball references can I fit in here?) but the series has fortunately never forced players into playing with a certain mechanic. Returning fans will find their beloved alternatives readily available. Adding to the tactile experience on PS5 is the utilization of the DualSense’s haptic feedback which brings another level of engagement to the game. Pitching and hitting benefit most from it, giving you a solid confirmation of a strikeout or a decaying rumble as you connect with a ball to send it out of the yard. 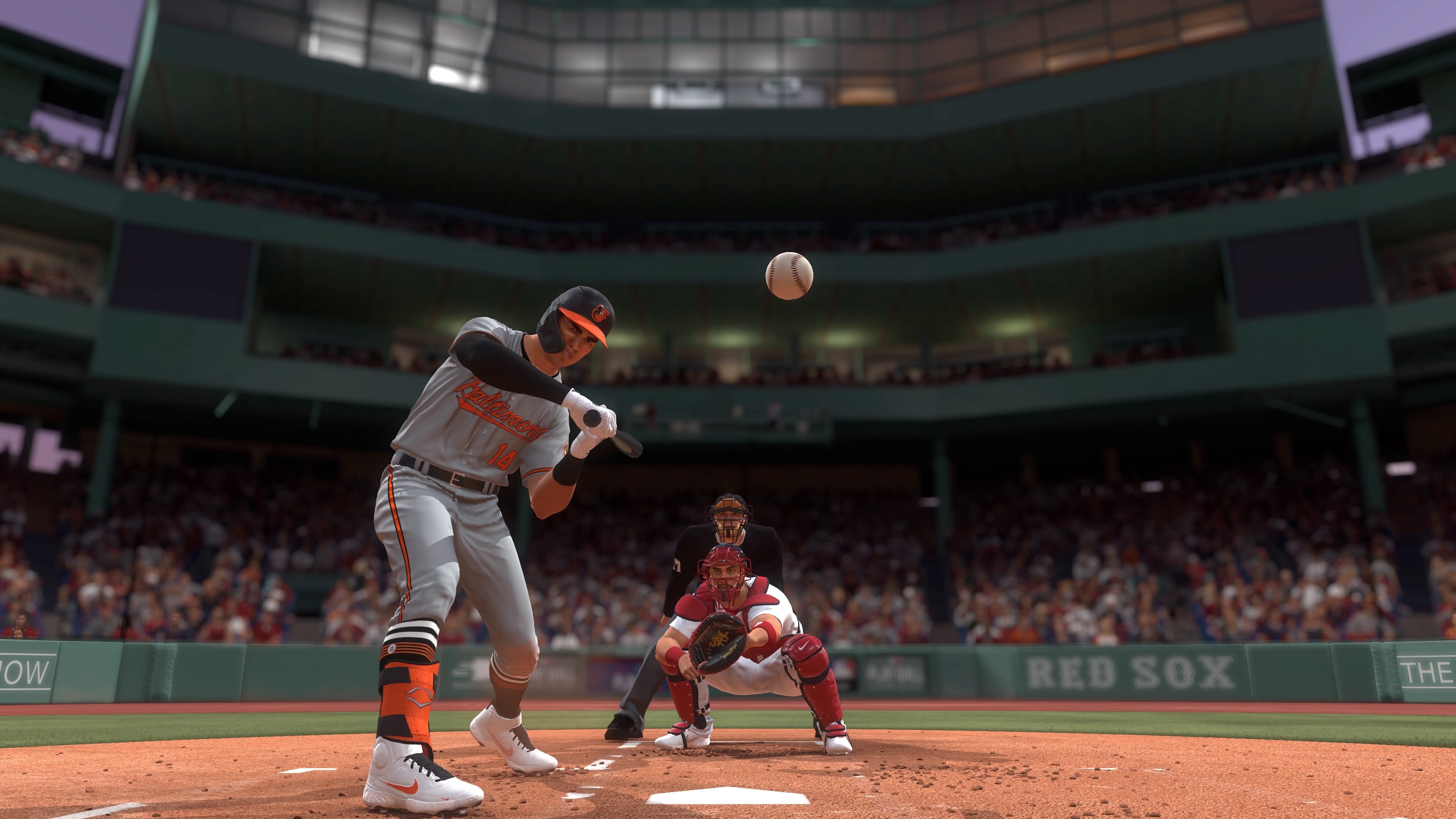 The biggest issue MLB The Show 21 faces is not, sadly, its (still amazing, albeit slight) visual upgrade or its somewhat tired commentary roster. No offence to the seasoned voices of Dan Plesac or Matt Vasgersian, but it is time to call in some relievers. In fact, the biggest issue with MLB The Show 21 is at its core game mode, Road to the Show. A previously deep RPG putting you in the shoes of a AA hopeful with sights set on the Big Leagues, RTTS has been reworked in a manner many may find a little jarring, if not off-putting. Historically, this has allowed players to create their own unique fantasy, becoming a flame-throwing closer or long-ball hitting first baseman, but in 21, things are a little different.

There is no way to focus solely on one position anymore, with a revolving door of ‘archetypes’ available to use.

The game sets up the premise that your character is a 2-way player, i.e. a pitcher AND a hitter. In theory, a novel and fun idea, but in practice, more than a little annoying. There is no way to focus solely on one position anymore, with a revolving door of ‘archetypes’ available to use. These archetypes can be swapped in and out with each game allowing you to pitch in one, or run the bases in the next, but it detracts severely from the idea of growing your pitcher (should you want to) in one field of specialty. As a result, natural progression in one field of specialty is exceedingly slow as focusing training on specific roles is marred by days where you train for others. 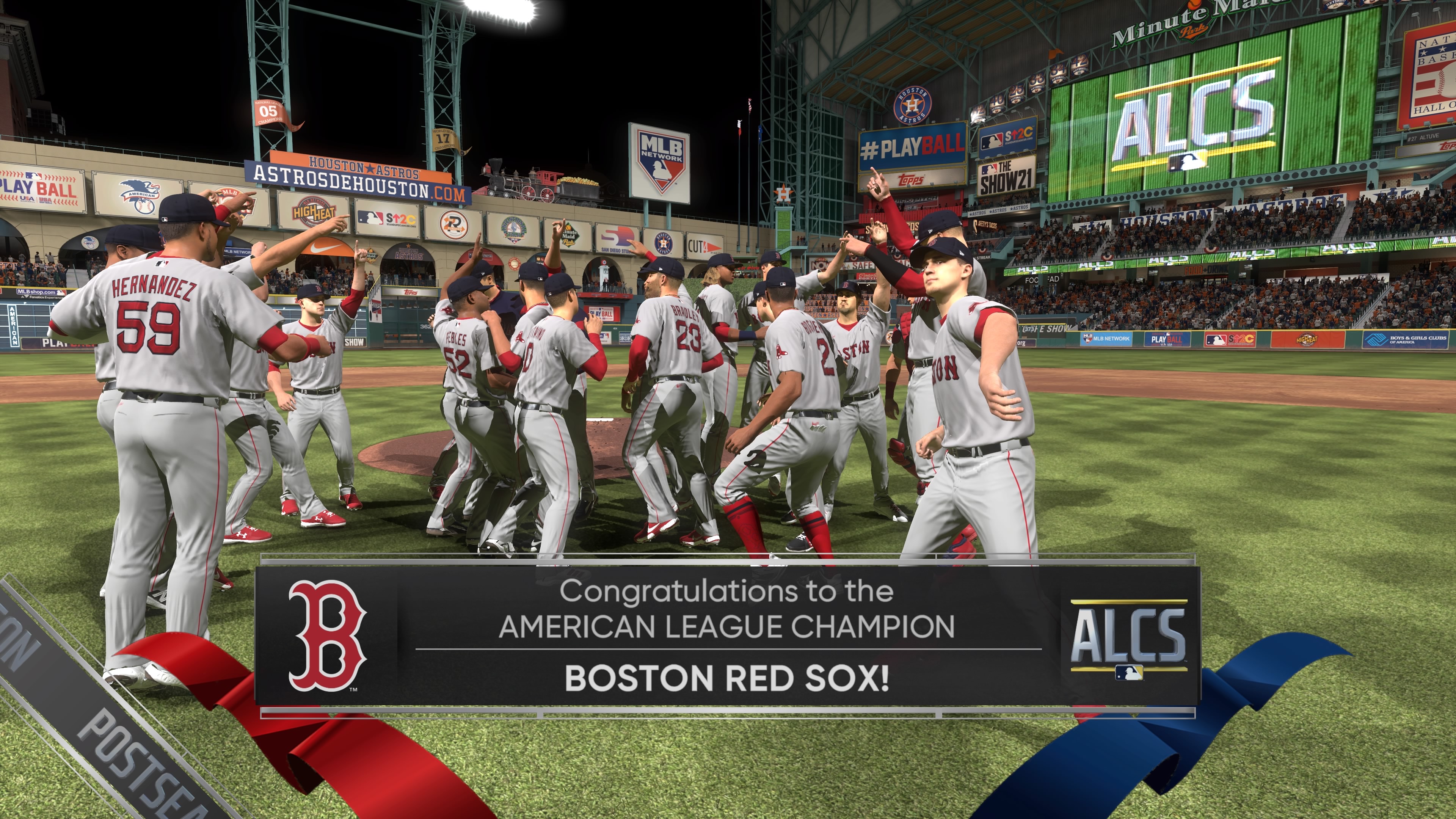 You can bolster your stats using equipment, but it still feels a bit flat when you have no real say in your improvement. You can, of course, fast track your progression by spending Stubs (the in-game currency) or purchasing card packs in store, but for many this will feel like the end of the road… to the show. To their credit, SSD have noted the issue and responded in a recent blog post stating "We’re fixing an issue where ballplayers aren’t getting enough progress from Road to the Show training choices and base gains in a future update."

A silver lining can be found in MLB The Show 21’s content heavy Diamond Dynasty which is back and loaded with more content than ever, granting a boon of stubs through it’s ‘Moments’ mode and daily challenges, however. Coupled with this, the ever popular ‘March to October’ allows you to play through key moments in a season, make important trade decisions and carry your chosen team to a World Series pendent in around 20 hours. The much-requested Stadium Creator makes a debut too, but at the cost of a very steep learning curve. A challenging UI and frustrating placement tool will be hard to master, even for veterans of tycoon games. Regardless, it’s a welcomed step forward, allowing you to build the Camden Yards or Fenway of your dreams. Or nightmares, you can add dinosaurs.

MLB The Show 21 maybe isn’t the leap forward many were expecting, but it is part of a 3-year plan Studio San Diego are working on to bring the series to next-gen in a fluid and easy to digest process. Without a doubt, MLB The Show 21 still stands head and shoulders above its competition, providing the best darn baseball experience to date. Pitch for pitch, this is a must-play for sports fans looking to experience the PS5 and its incredible DS5 haptics in all its glory. Get out there, make your mother proud, hit for the cycle.

Improved gameplay on all fronts

Road to the Show is disjointed and has lost its charm