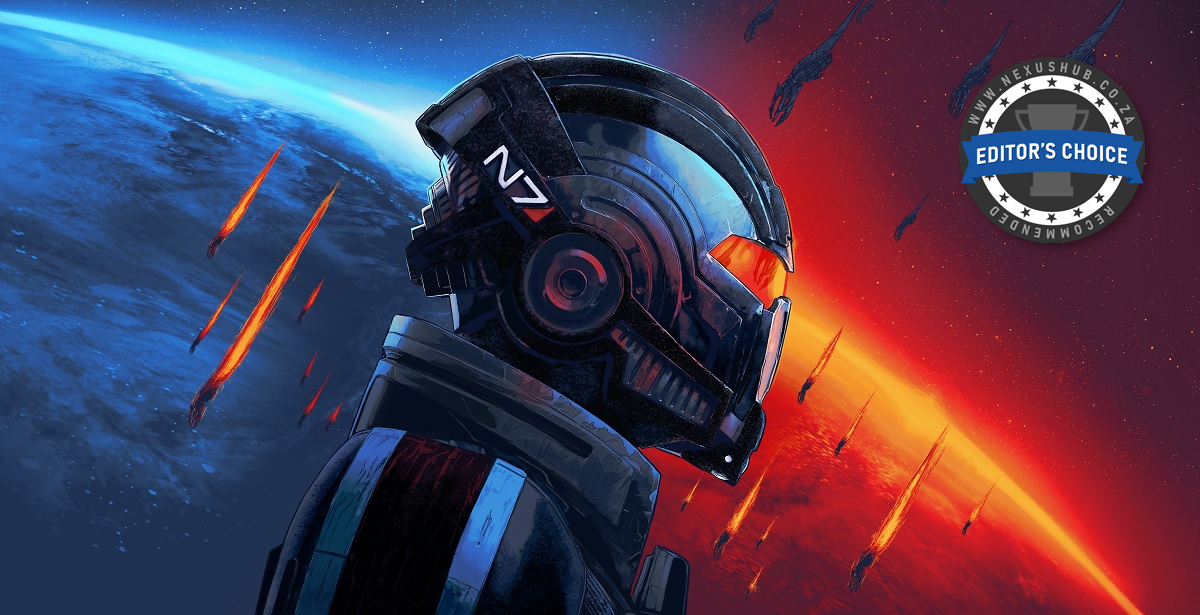 In 2007, famed RPG developer BioWare would change the gaming landscape forever with the release of the first Mass Effect. Following Commander Shepard and his ragtag group of space explorers, Mass Effect told a familiar science fiction story layered with complex politics that were, for the most part, consequential decisions entirely driven by the player through Shepard. Over a decade later, following two successful sequels and one detour to Andromeda, Mass Effect has returned to glory with the release of the remastered Legendary Edition - and what a remaster it is. 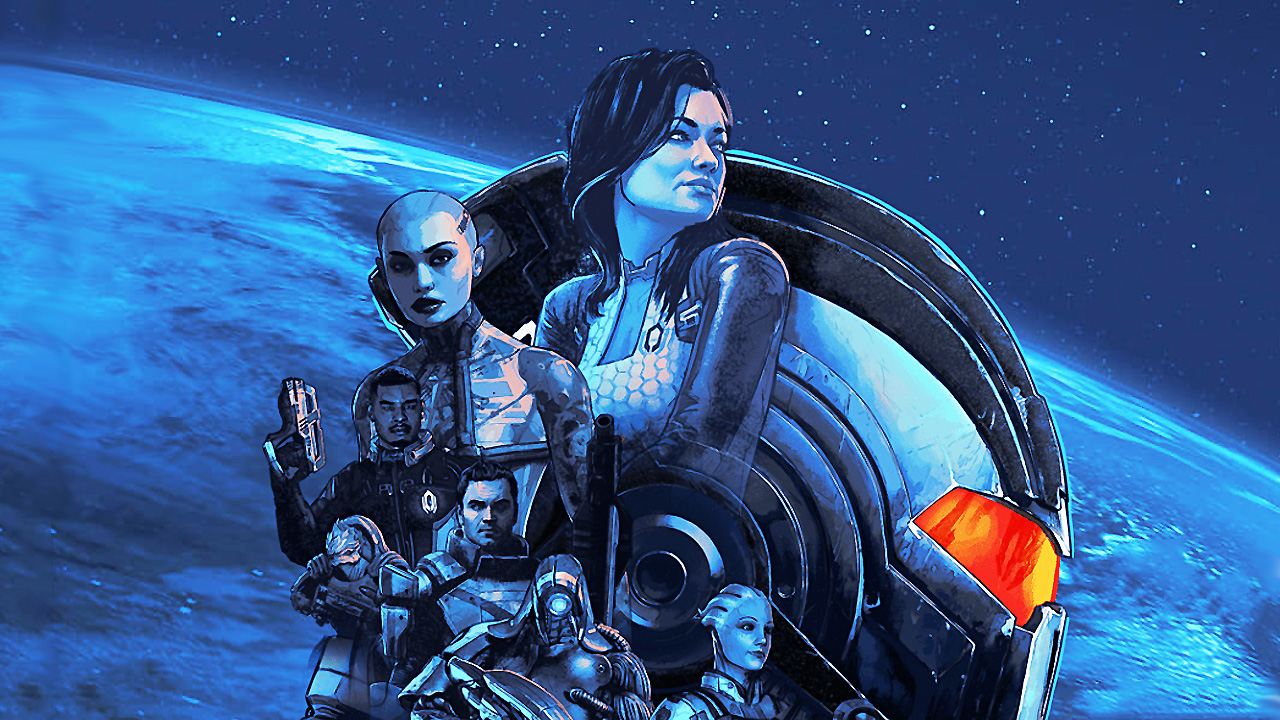 Mass Effect Legendary Edition bundles the first Mass Effect, Mass Effect 2 and Mass Effect 3, complete with all their DLCs. However, BioWare went the extra mile to not make this just another updated re-release. Instead, all three games have seen vast technical improvements, upgrading the framerates, polishing up textures, improving lighting, and much more. After going dormant on the Shepard trilogy for almost ten years, it was great to hop back into the games with a few new coats of paint, coming with its own blasts of nostalgia.

If anything, Legendary Edition once again reaffirms that BioWare - before Andromeda and javelins - were masters of their craft...

By now, most fans should already be familiar with the tremendous story of Mass Effect. If anything, Legendary Edition once again reaffirms that BioWare - before Andromeda and javelins - were masters of their craft, having a solid grasp on the RPG genre and all that it entailed. The core stories are kept well in tact, making it a perfect gateway for a new generation of fans to experience, while giving existing fans enough visual polish to make this feel remarkably fresh but still like home. This comes with a few welcomed streamlined changes too. In the original Mass Effect, choosing a class would severely limit you to the usage of another classes abilities. For example, if you opted to focus on biotics, you'd be unable to properly use sniper rifles, taking away the ability to even aim down sight. That has been improved in Legendary Edition, now allowing all classes to use all weapons and skills. It certainly makes the RPG grind a little less daunting, especially if you decide that you like using tech abilities midway through your playthrough and don't want to start over. You can switch to Classic Mode if you want the old mechanics back, but there's little reason to. 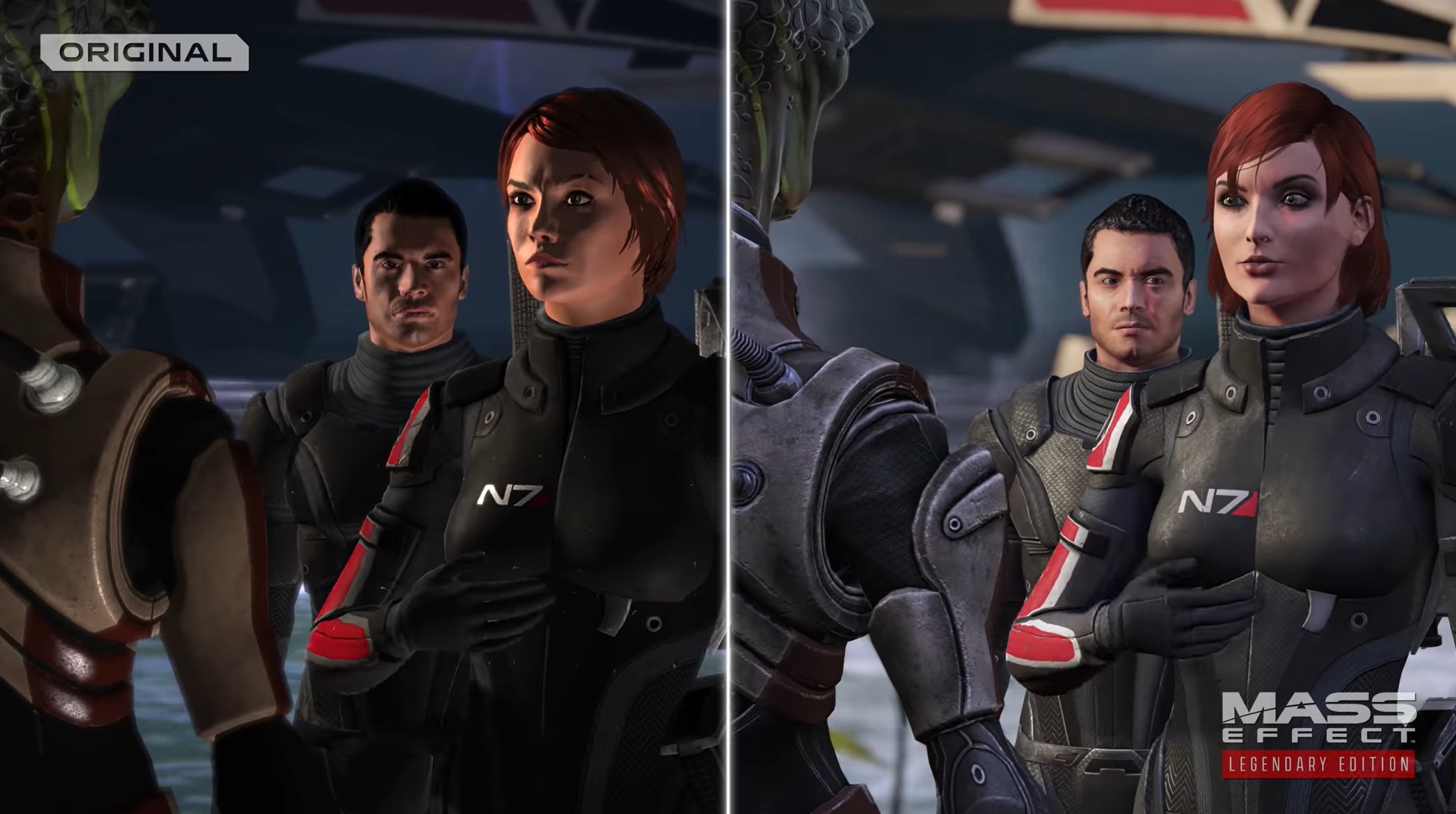 As far as visual improvements go, Mass Effect Legendary Edition quite literally shines. The textures have all been sharpened on environments and particularly on characters. Instead of feeling like robots just learning the concept of human expression, the animation of character models move and express a little more naturally. This isn't entirely evident in the first Mass Effect, which still looks like the wax shop of horrors in parts, but the changes to the second and third games are noticeable and fantastic.

Instead of feeling like robots just learning the concept of human expression, the animation of character models move and express a little more naturally.

That said, the first Mass Effect now looks and plays a lot better than its original release. There's still some dated clunkiness to the movements and facial expressions, but it now falls more in line with its bigger budget successors, creating a more tonally consistent experience as you hop from one game to the next in the trilogy. While Andromeda arguably presented the best gameplay in the series, BioWare made an effort to smoothen out the gameplay across all three Legendary Edition games so that it flows better and feels tighter in combat. 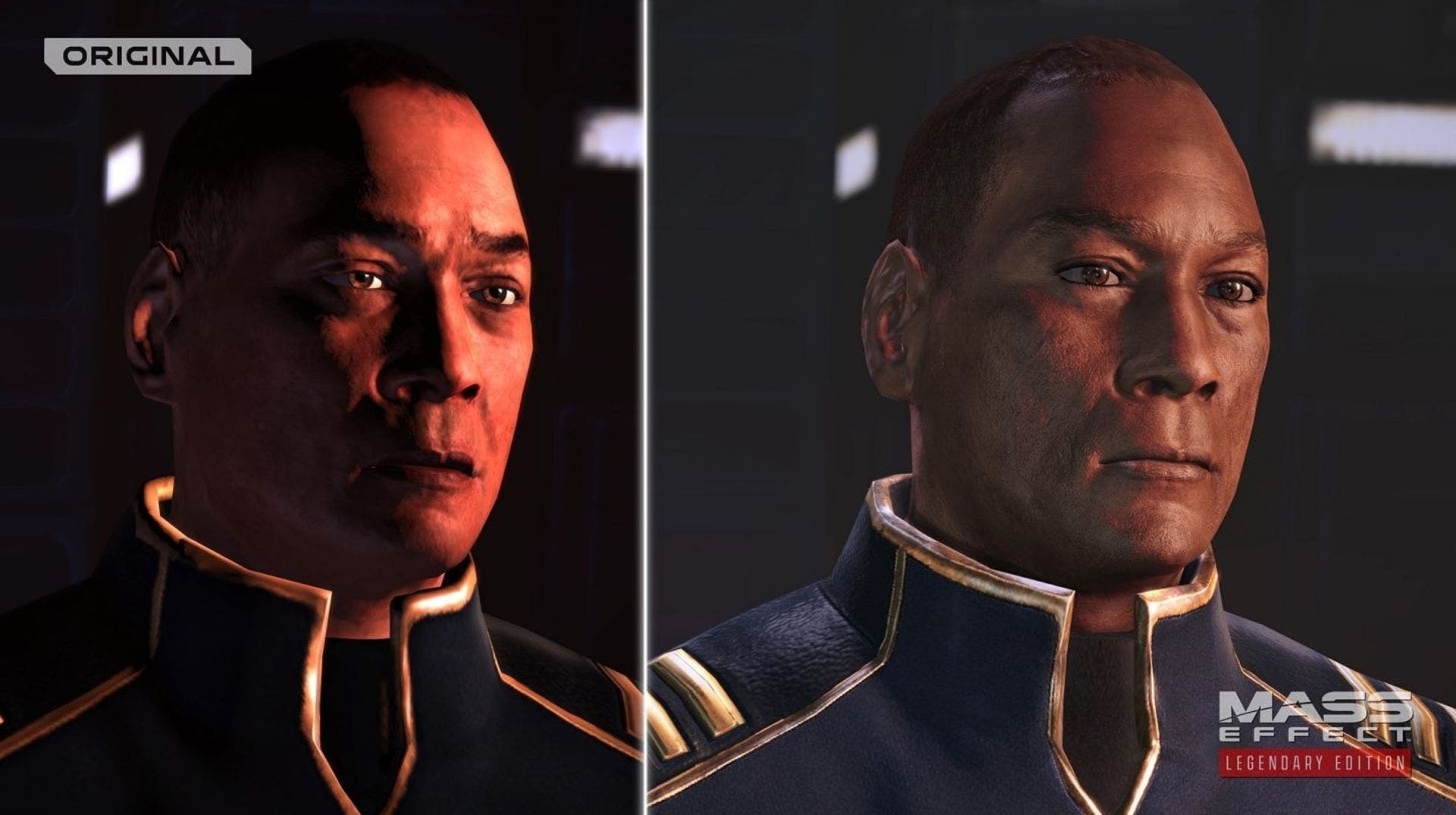 Lighting is one area that most fans will immediately notice has seen a considerable change. The dim and gloomy lighting of the original trilogy, which to be fair was intentionally done to hide uglier textures or create a hazier atmosphere, has now been sharpened and brightened, though never to the point where it completely destroys said atmosphere. Instead, it shines a light on the improved textures and character models now. BioWare decided to take a page out of J.J. Abrams' book and add weird lens flares in some scenes, but they're few and far between as to not be too distracting. Overall, the improved lighting makes the visuals stand out, and you need that to appreciate the scope of many scenarios in the saga. 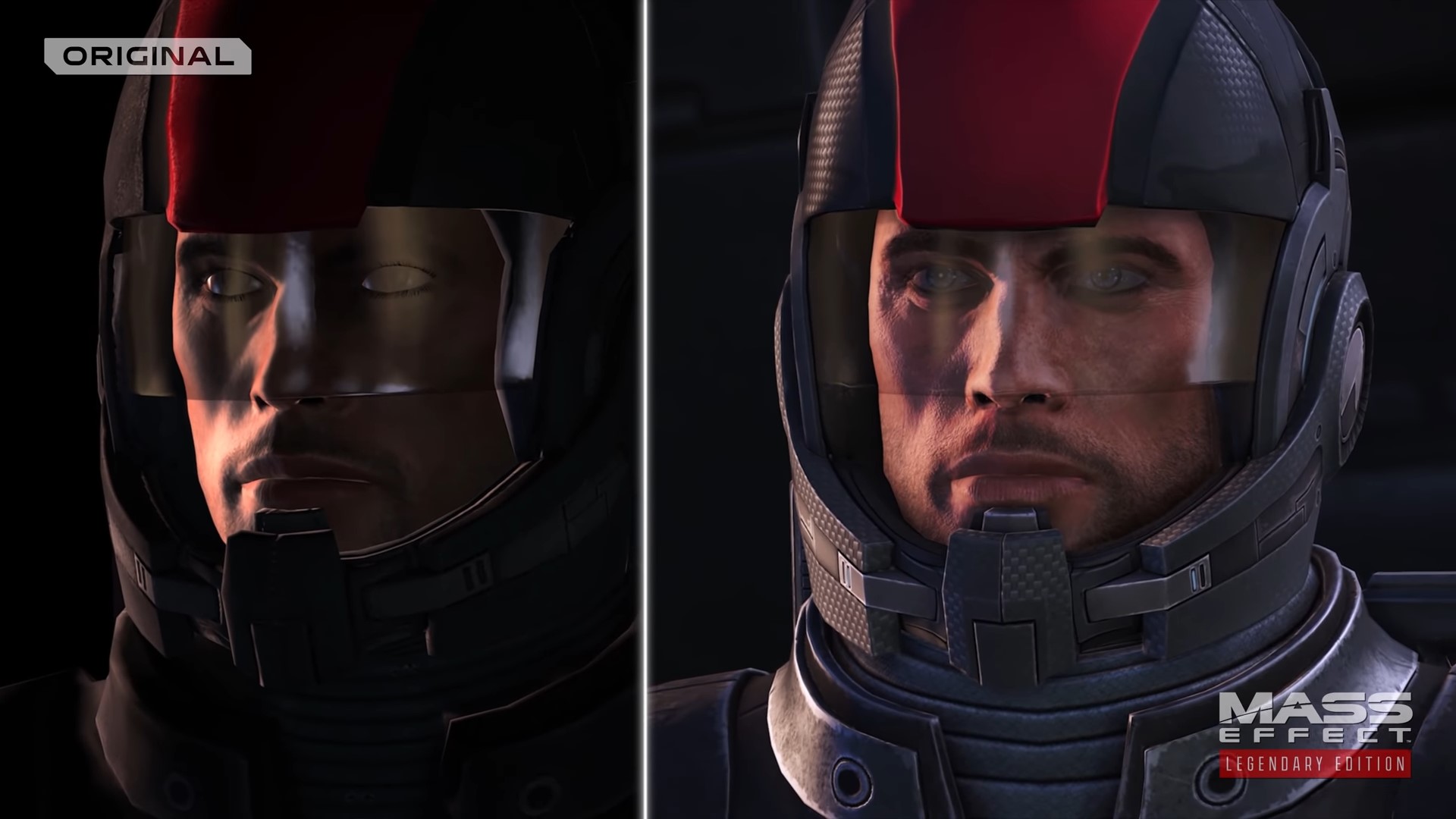 I decided to put Mass Effect Legendary Edition (running on PS5) next to its Xbox 360 counterparts for a more immediate comparison, and one aspect that impressed me was the framerate. Mass Effect's age really shows in some wildly inconsistent framerates, especially for the first game, but there was an effort to make the Legendary Edition titles all run at a mostly consistent 60fps. A smoother framerate makes the combat feel less clunky to control, and just enhances the experience that much more.

...each game has clearly been given the love and attention needed to make them feel more modernized without sacrificing the novelties of what made them so unique and genre-breaking to begin with.

Fortunately, Mass Effect's numerous breakthrough RPG mechanics have aged considerably well over the years. Playing through the Legendary Edition can feel like a gaming experience that would've released in 2021, with the only exception being the first game's still somewhat stilted gameplay moments. Nonetheless, each game has clearly been given the love and attention needed to make them feel more modernized without sacrificing the novelties of what made them so unique and genre-breaking to begin with. It's a fine balancing act that BioWare has pulled off here, going above and beyond your average remaster to deliver something that feels fresh and exciting to rediscover. 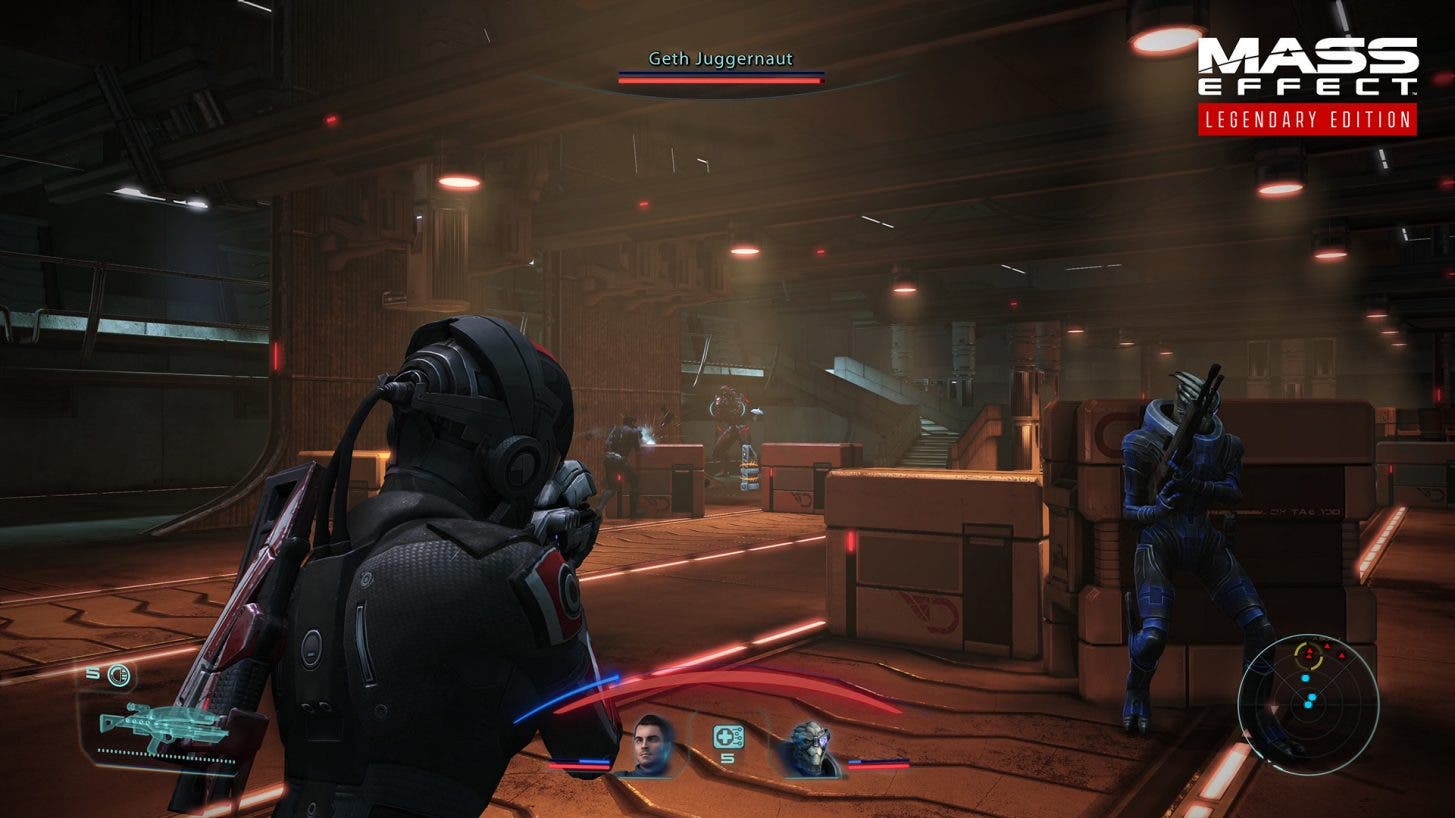 Speaking from the perspective of someone who hadn't revisited the original Mass Effect trilogy in years (I'll admit that Andromeda took up some of my time last generation), it was great to create a new Shepard and reignite this classic space odyssey. I chose to create a female Shepard this time, and I'm glad I did because voice actress Jennifer Hale is absolutely terrific. Instead of going for the upstanding Paragon route, I decided to lean into the Renegade lifestyle, and had a blast reimagining Shepard as a more narcissistic and hard-headed leader with a penchant for stealth and doing things efficiently, regardless of casualties or personal feelings.

Choosing this different route for the character really let me appreciate just how much thought BioWare put into making each of your choices and consequences matter, and in most cases, completely changing the order of events or removing them completely from the story if I chose differently. The maligned ending of Mass Effect 3 aside, your actions and decisions - even small exchanges between crew members - always felt weighty and impactful, like there was no turning back once things were said and done. After only a couple of hours, I was wholeheartedly invested again, and just wanted to play the games through to see how drastic of an outcome my decisions made in the grand scheme of things. 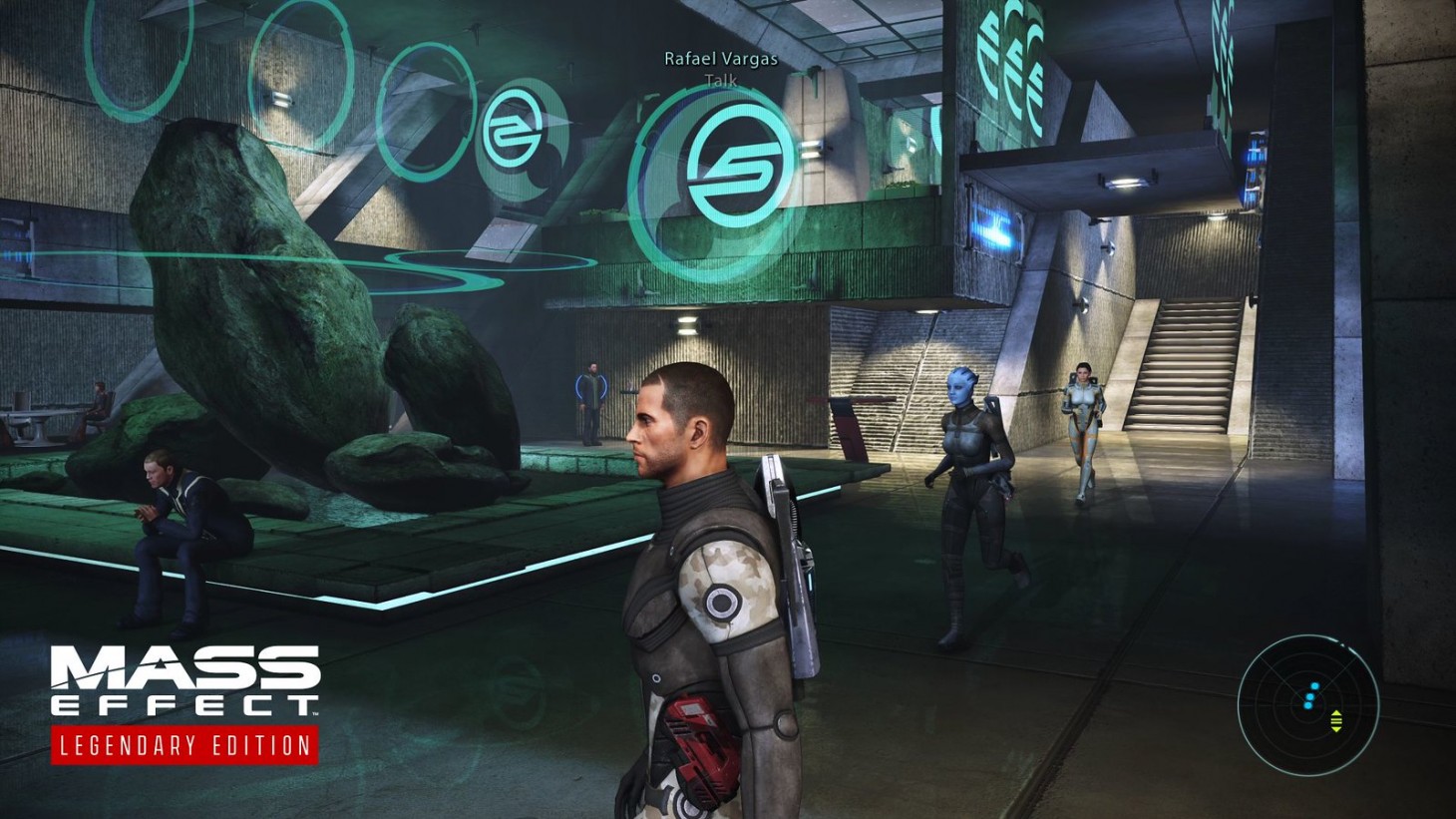 Mass Effect Legendary Edition is a classic trilogy completely revitalized and improved for new and old fans to experience. The vast number of technical improvements really gives it a fresh coat of paint, all the while tweaking and enhancing the gameplay fronts to make them superior to their originals in almost every way. If you're a fan of Mass Effect, you owe it to yourself to pick up Legendary Edition, and if you're new to Mass Effect, this is now the quintessential way to dive into one of the greatest RPG franchises of all time.

The greatness of Mass Effect in one package

ME1 isn't as clunky

Scottie
FemShep was always more awesome, even Bioware accepted that

Yu-Gi
Will wait till it goes on special. I'm still happy with my original pc version from when it originally came out back in 2010 and 2012

Lurch
Damn, I'm gonna have to put aside a month of evenings for a full replay.

Tea
Loving this remastered experience! There's also something to say about a game's soundtrack when it gives you nostalgia goosebumps from the startup menu 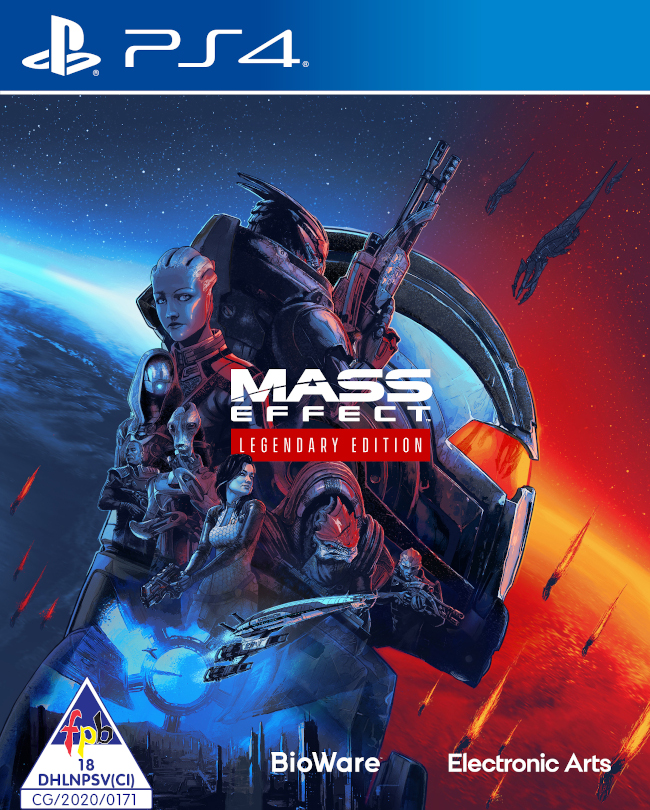