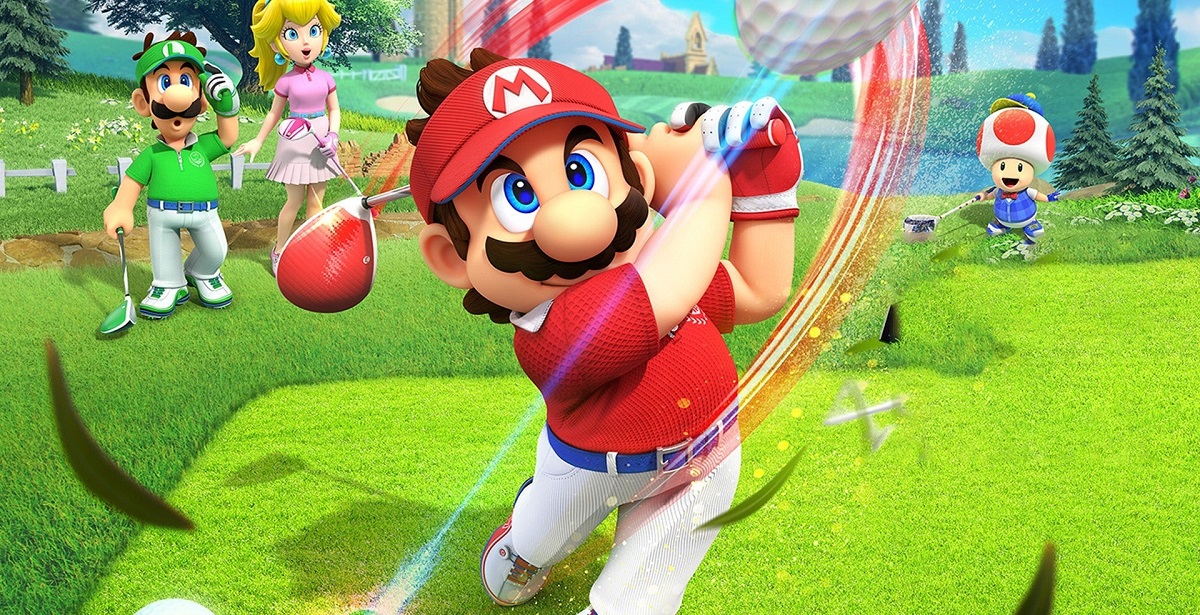 The last entry into the Mario Golf franchise was, would you believe it, a hefty 7 years ago on the Nintendo 3DS in 2014. Now the series has returned on Nintendo Switch in the form of Mario Golf: Super Rush. Given the game’s rather crazy trailers, does it live up to the hype? Will golf fanatics score an eagle here or is it just another title that’s par for the course? 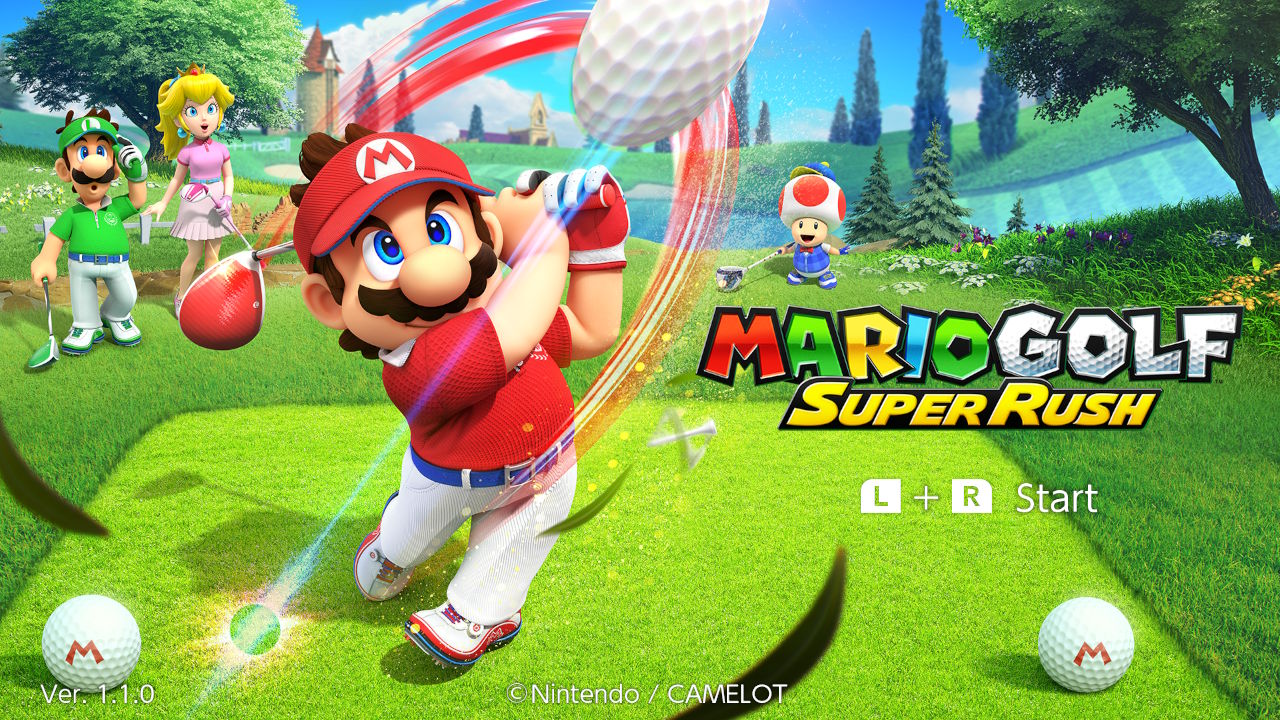 Players in Mario Golf: Super Rush will have the option to choose from a range of gameplay modes. The main single player selling point of the game however being the game’s golf adventure campaign. This is a role-playing game with players creating a Mii and golfing their way to victory. The adventure itself is rather high quality with players running around smaller locations extremely reminiscent of Pokemon towns. In fact, there’s even badges available. Players will have to complete challenges to obtain these in order to progress.

The storyline however is quite lacklustre with the NPCs not offering much substance...

In the adventure mode campaign, players will spend most of their time talking to NPCs for additional information and then taking on golfing challenges assigned by these NPCs. These challenges increase in difficulty and intensity as the game goes on with players learning the game’s various mechanics along the way. Players can also level up their Mii and improve their golfing skills with experience gained from playing through these challenges. The storyline however is quite lacklustre with the NPCs not offering much substance and instead just sticking to golfing challenges for the most part. That’s not to say the adventure mode is boring. On the contrary, it’s packed with fun golfing and will keep you entertained for around 6 hours or so. The later levels in particular are quite a lot of fun since they have a lot more hazards to deal with. 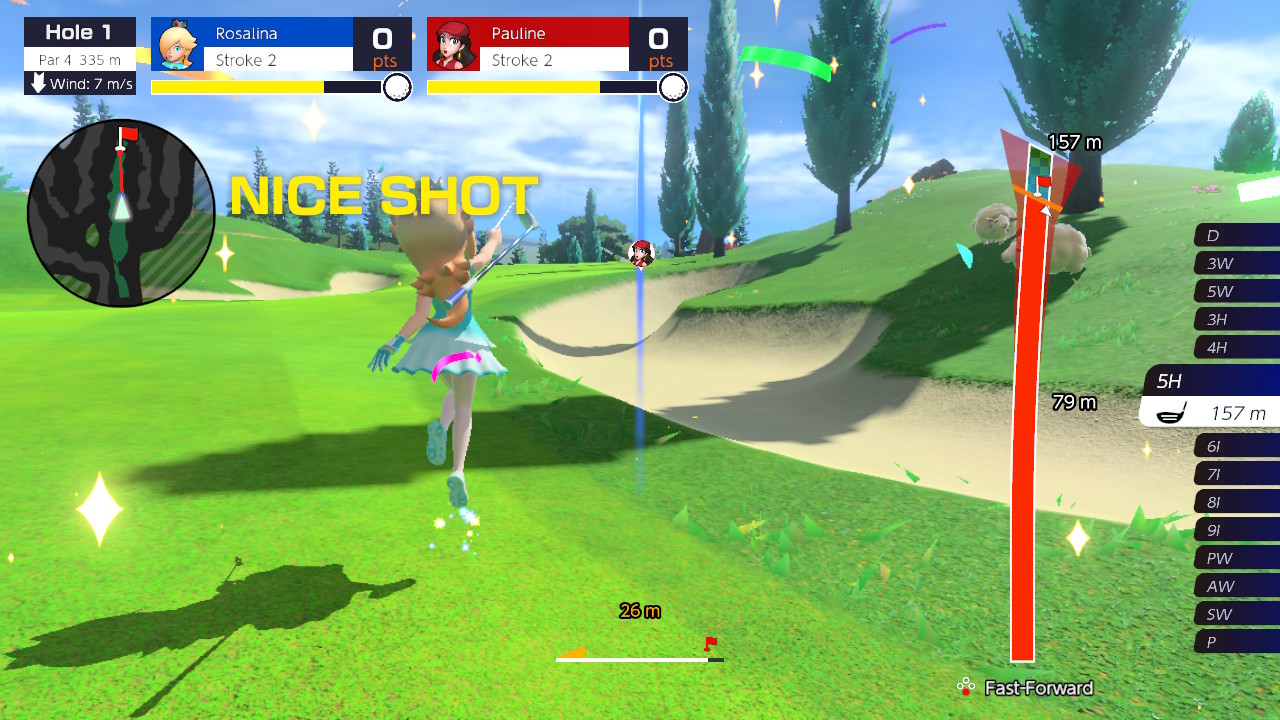 The game’s “Speed Golf” mode, ironically, is a stumbling block. Hitting the golf ball and then having to run after it is a process that just feels disappointing. Even with the dash ability, your stamina meter runs out quite fast. You’ll be chasing after hearts to replenish this meter just so that you can dash again. This combined with other characters getting in your way, and having collectable coins thrown into the mix, slows down the actual golfing game too much. If you manage to finish a hole before your opposition, you also have to sit and watch them complete the hole too. Why you can’t skip this is anyone’s guess but it is a baffling design decision from Nintendo which can hopefully be patched or addressed somehow. 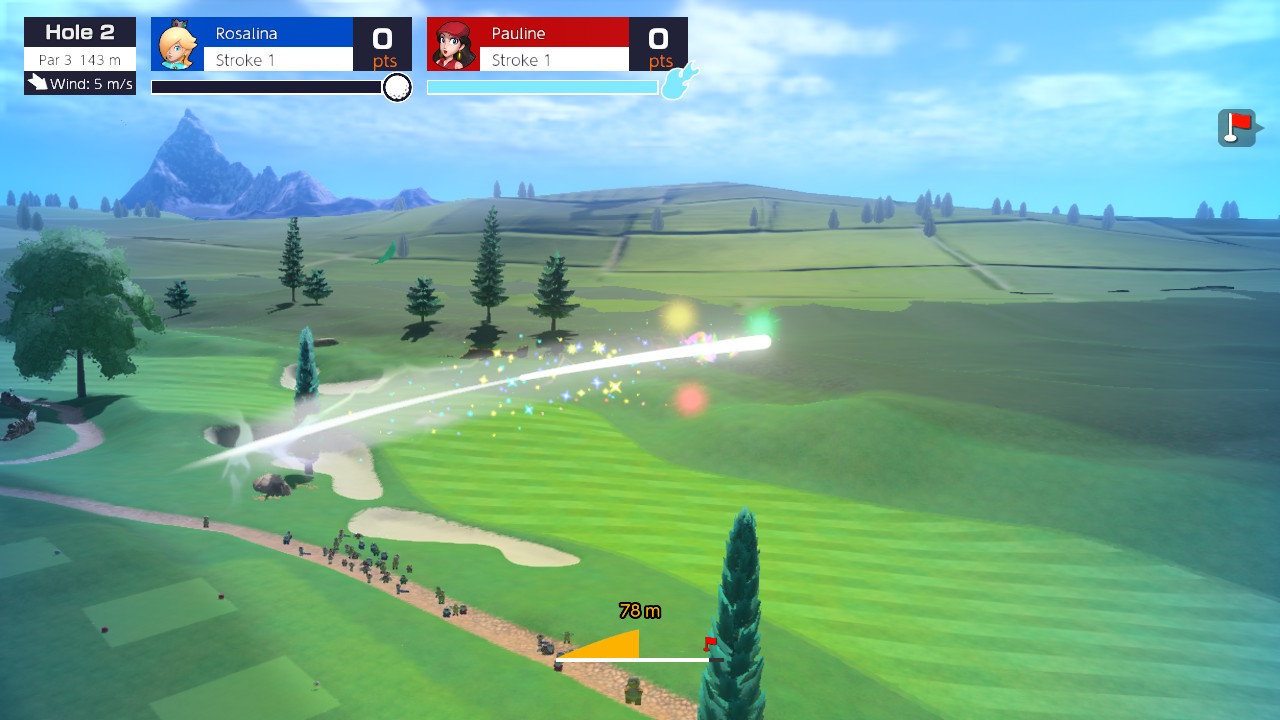 Players can also take on solo challenges which involve a score or time attack. This mode will probably entertain fans for quite some time as they compete against their own scores and times while completing a specific course. Lastly, Mario Golf: Super Rush’s most intense mode is the “Battle Golf” mode. Battle golf is absolutely chaotic. Players will have 9 holes on one course and must score 3 holes as soon as possible. Competing with other players on this map is intense since there’s a lot that goes on. Arguably this is the mode you should be playing with friends if you want mayhem to ensue. It’s extremely fun mayhem though and when there are hazards thrown in too, you’ll definitely enjoy this mode.

The actual golfing gameplay mechanics of Mario Golf: Super Rush are rather simple. Players will press a button to charge up their swing meter. Pressing the button again locks in your selected charge and then a second charge which is allocated to “Spin” is loaded up. Players can then use the left analog stick to impart spin to their shot which will help the ball fly against the wind on the golf courses. Once both charges are locked in and selected, your player character will hit the ball and it’ll fly across the course. 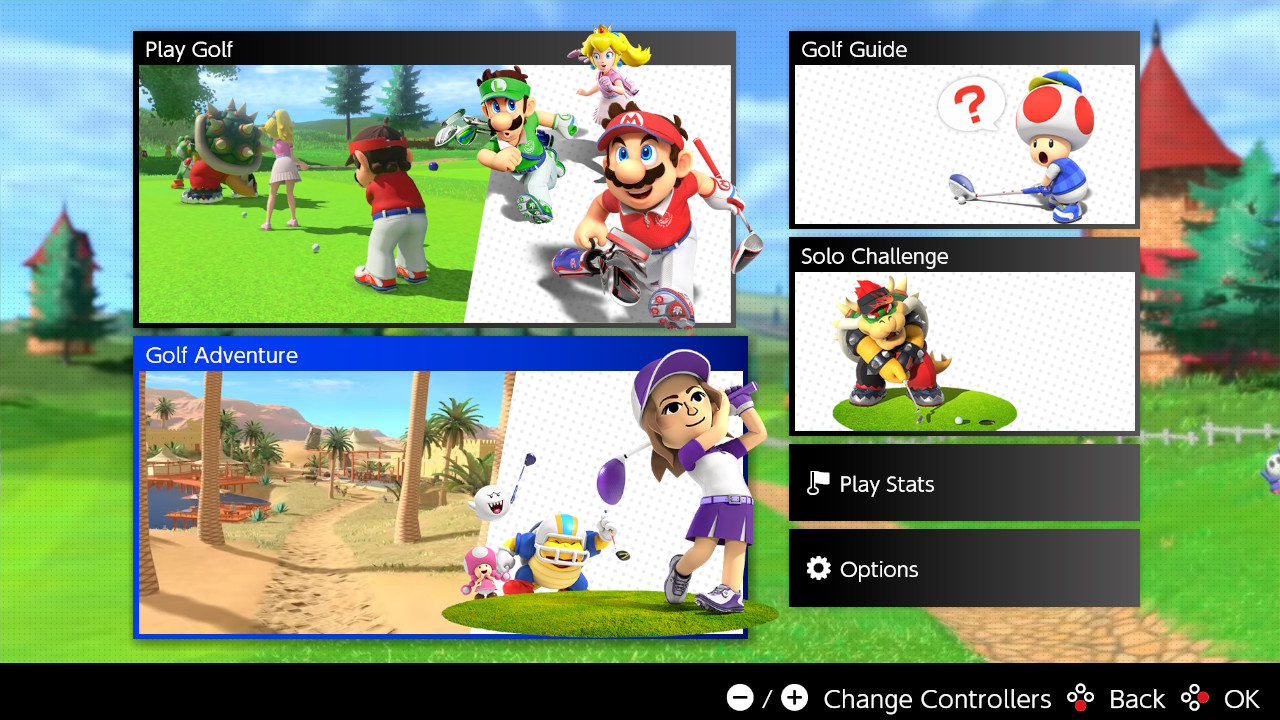 Obviously being a golf game, you’ll be able to pull off chip shots and putt as well. And these work in the same manner as the above. Putting however is far more simple and when your golf ball is close enough to the hole, you can [censored] button to putt it in with zero drama or stress. The core gameplay is remarkably satisfying and earlier golf courses in the Golf Adventure aren’t filled with as many hazards. Unlock the later golf courses though and you’ll be in for quite a challenge.

Mario Golf: Super Rush also features motion controls which are far more interactive and far more enjoyable if you make use of the detachable Nintendo Switch JoyCons. Being able to swing the JoyCon and hit the ball mimics a real life golf swing and it works super well. It’s incredibly satisfying playing with motion controls but when you’re tired of swinging, you can always revert back to simple button presses. 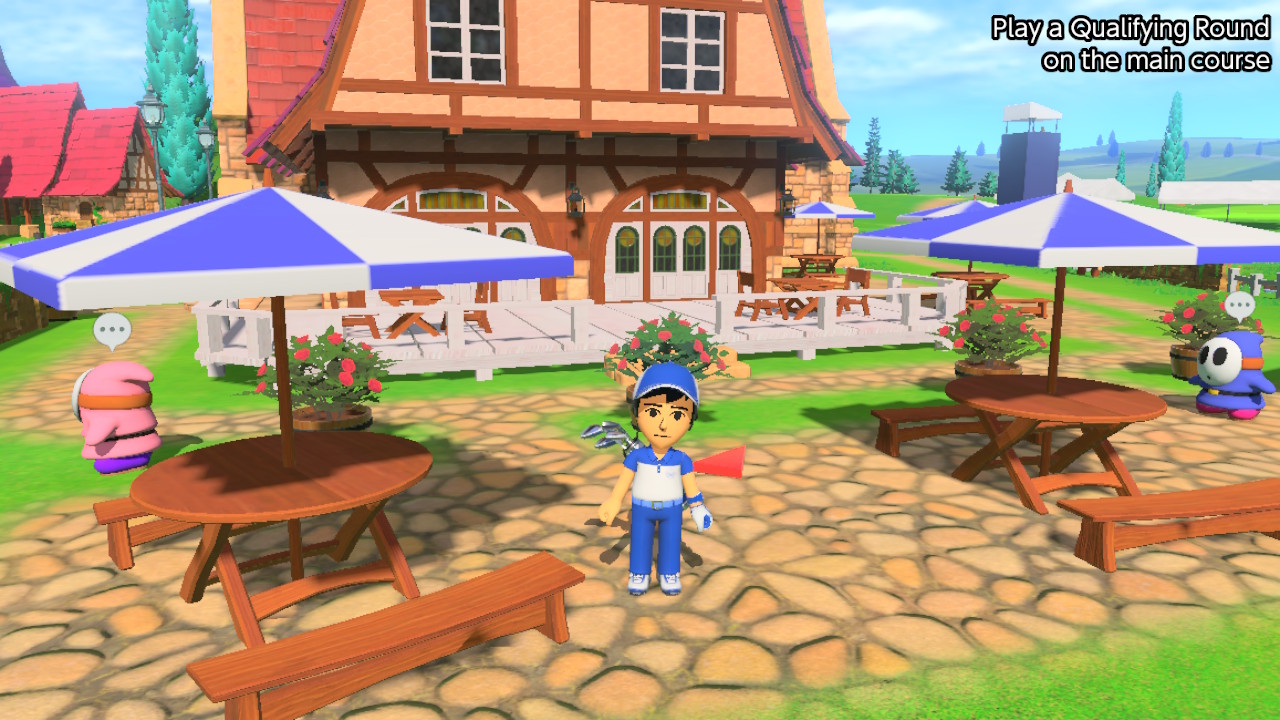 Players can also pull off “Super Shots” which channel a character’s energy to pull off a flashy golf shot. Rosalina for example will use her star power to hit the ball across the course. Pauline will use her mic stand to smash the ball straight across while the Super Mario Odyssey theme plays. These shots are a spectacle to watch and are immensely satisfying to use in-game. It’s highly recommended to see each character’s super shot because they really are visually gorgeous.

The grass swaying in the wind on the golf courses looks gorgeous and so too do the desert sand effects and other weather effects such as the rain.

The overall graphical fidelity in Mario Golf: Super Rush is great with the game’s entire aesthetic being rock solid. Mushroom Kingdom staples such as Koopa Troopas, Gumbas, Piranha Plants and more all make an appearance and the game definitely has a premium visual flair to it that rivals some of Nintendo’s other recent games. The grass swaying in the wind on the golf courses looks gorgeous and so too do the desert sand effects and other weather effects such as the rain. Explosions and character abilities look good too as expected. 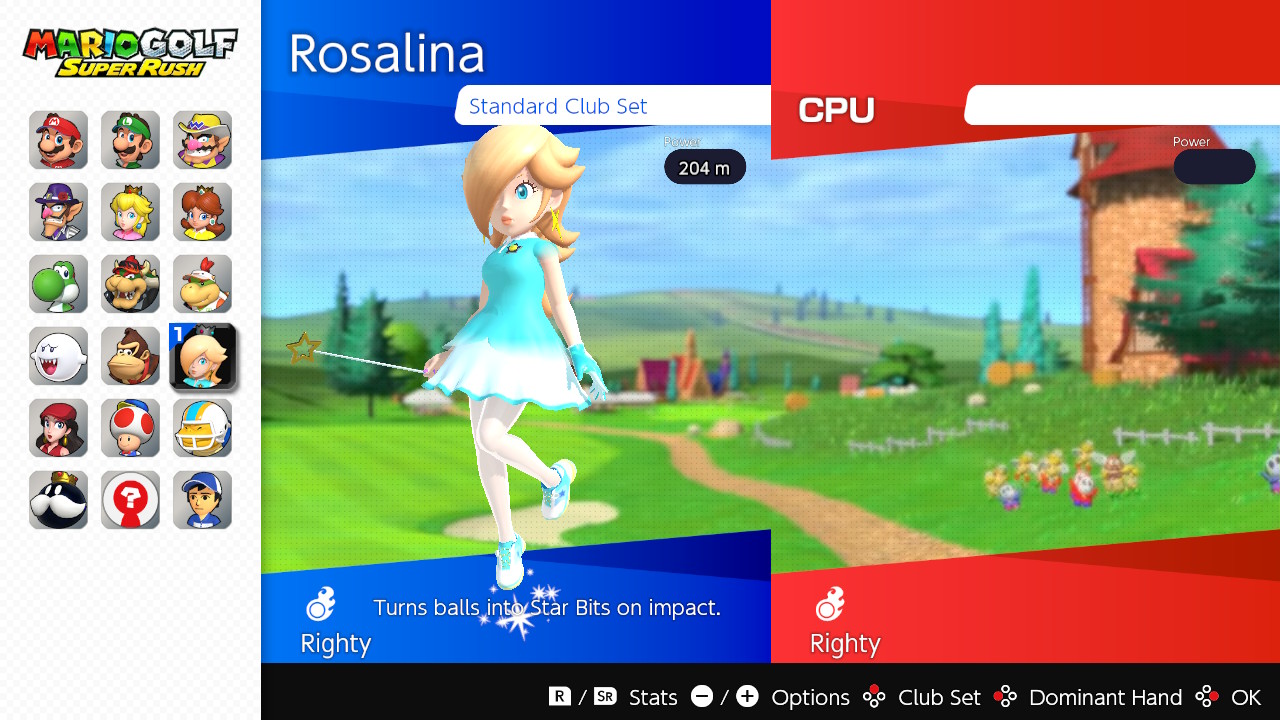 The soundtrack of Mario Golf: Super Rush is excellent with composer Motoi Sakuraba once again delivering a masterpiece. Being a Mario game, there’s the bare minimum with regards to voice acting, especially in the adventure mode, however some gamers might get annoyed hearing Toad’s vocal sounds repeatedly. The actual sound of golf clubs hitting golf balls sounds satisfying and the announcer’s iconic voice saying “Nice Shot” or “Nice On!” is appreciated.

Mario Golf: Super Rush also features a handy glossary of terms which will help newcomers to golf learn a lot of the jargon associated with the game. It explains concepts such as the different golf clubs, spin, chip shots, birdies, eagles, bogeys, etc. It’s great seeing this in-game and younger gamers or those that aren’t familiar with golf can learn quite a bit from this. 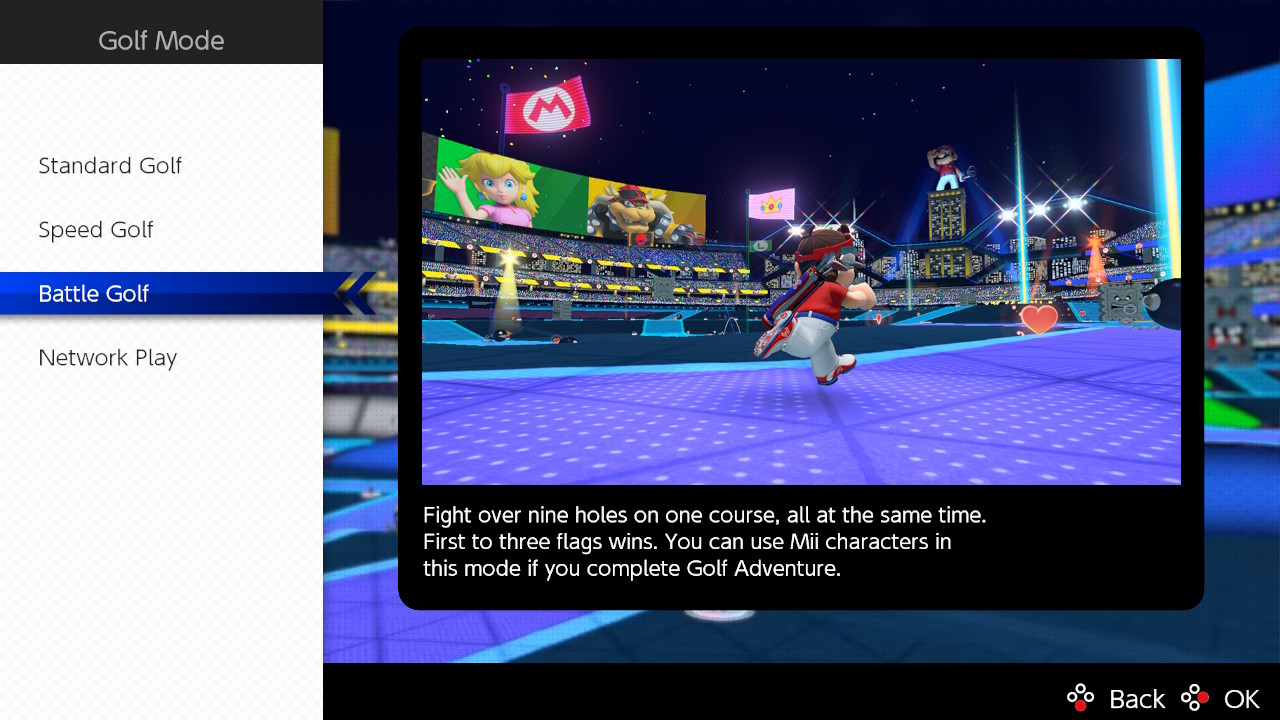 Ultimately Mario Golf: Super Rush is a solid game but one that suffers from some missteps. The game’s ridiculous dashing between shots in speed golf levels isn’t as enjoyable as it should be. While battle golf is an absolute blast, the fairly straightforward and simple adventure mode might bore some gamers who lack the patience to get through challenges to progress. If you’re a fan of golf though, this game will definitely keep you entertained. It’s not about absolute realism but rather, simple, solid core gameplay and the standard, non-speed golf modes deliver this consistently. There’s plenty of golf courses too so players can spend literally hours and hours in this game, especially if they choose to play with friends. Mario Golf: Super Rush is definitely worth checking out, even if it stumbles somewhat in its execution.

Lots of content to play solo or with friends

Golf Adventure mode could have been expanded upon more

If you aren’t a fan of golf, you might dislike this title 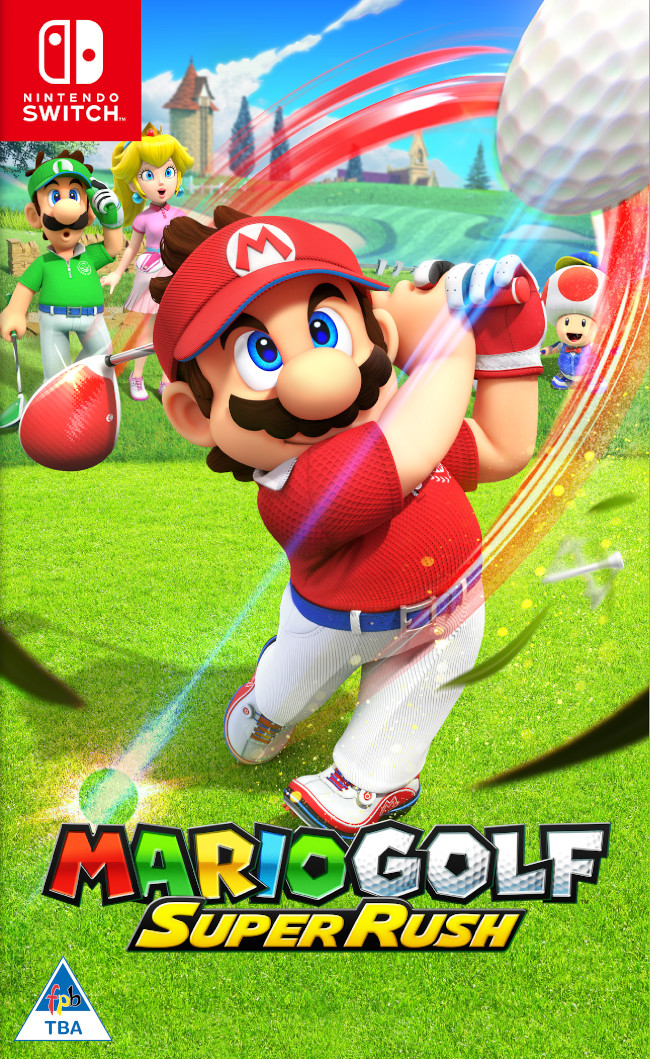