Giving the devil his due. 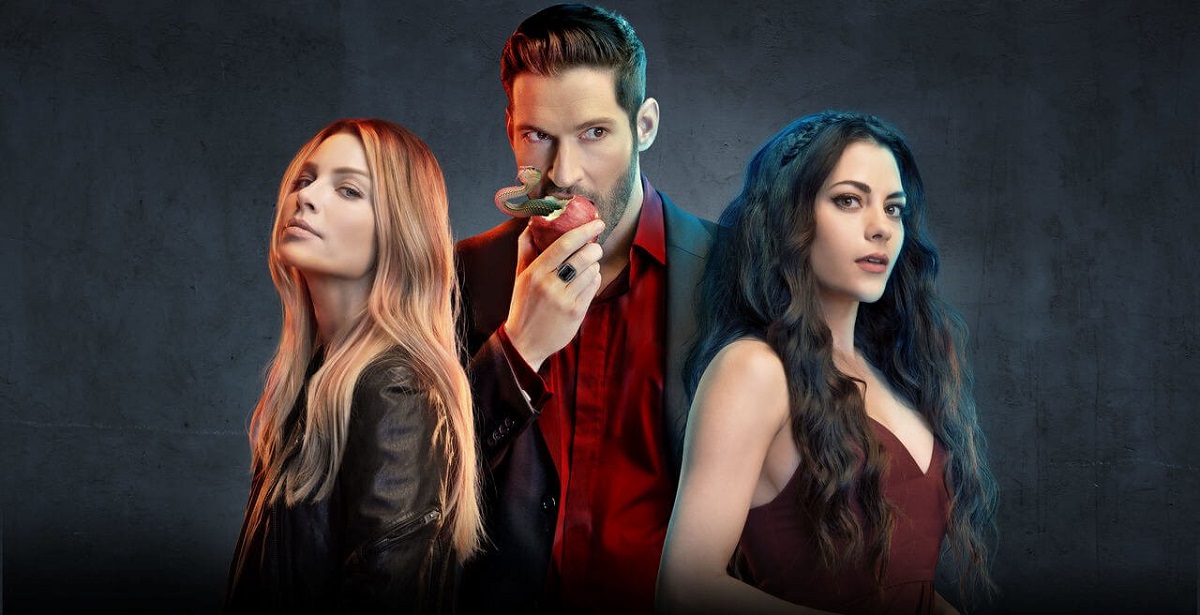 Of all the DC-based comic book shows, the only one that I still looked forward to each week was Lucifer. While departing significantly from the source material, this police procedural was a ton of fun and the light supernatural elements and strong cast chemistry overcame the limitations of the genre. Unfortunately, not enough of you thought so - as Season 3 concluded, Fox canceled the show. Thankfully we live in the age of streaming services paying over the odds to buy audiences and thus, Netflix rode in on its white horse and picked up the show for a shortened Season 4.

Season 4 picks up a few months after the conclusion of Season 3 which saw SPOILERS Lucifer regain his devil face which Chloe sees. The secret that wasn’t really a secret as Lucifer never lies, especially to the Detective, is out in the open. And Chloe has not taken it well as she has decided to go on a European tour with Trixie to sort out her feelings, leaving Lucifer in LA to mope, all the while playing an amazing piano rendition of Creep. Once she returns, things quickly go back to normal as new murders are committed and only this small team can solve them. 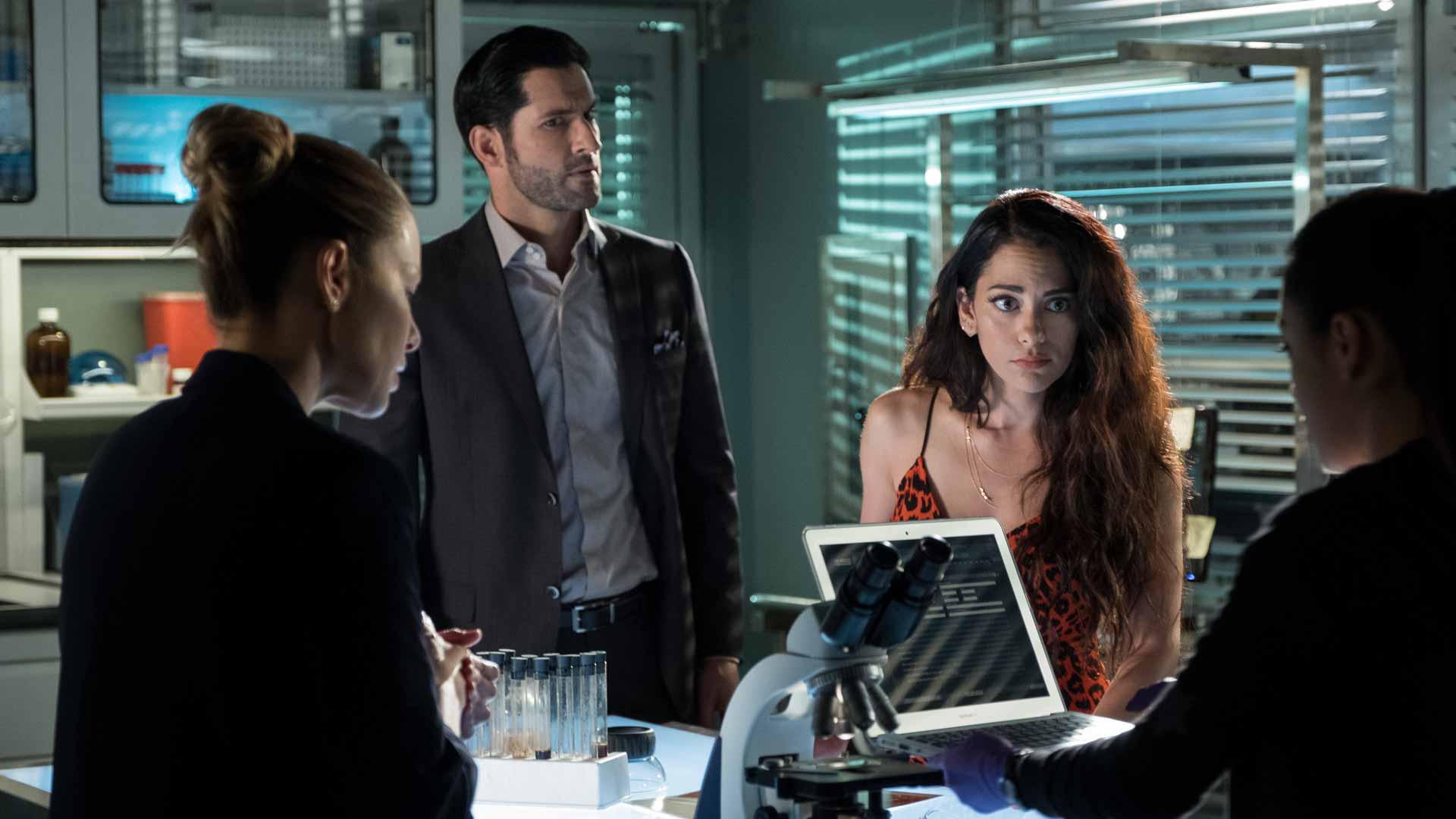 Despite the reveal, the show does not venture too far from the familiar formula as each episode features a murder of the week, although some are connected to the overarching plot in various ways and others are just distractions from that plot. Due to the shortened season - ten episodes instead of the usual twenty to twenty-three - the show gets to the heart of the season much quicker. Firstly, through a new villain who thinks he’s a hero, Father Kinley, and then through the naivety and selfishness of Eve. Yep, that Eve, as in the Garden of Eden and Original Sin Eve. Of the two new cast members, she’s the most likable and interesting as she’s just someone trapped in a loveless marriage, bored witless by the perfection of heaven that is looking for excitement and adventure, and ultimately her own identity.

Due to the shortened season - ten episodes instead of the usual twenty to twenty-three - the show gets to the heart of the season much quicker.

Both Eve and Kinley accelerate the plot and focus the show onto the more supernatural elements faster than we are used to. Last season’s Cain arc took too long to get going, but this season we deal with a prophecy that Kinley wants to use Chloe to prevent, but like all prophecies, it is subject to much interpretation, and by doing what he does he actually risks bringing it about. This change of pace can be jarring, especially as it doesn’t give the characters time to develop along their arcs and requires most of the supporting cast to be shunted sideways with their plots not gaining the requisite attention they deserve. This is mitigated somewhat by the fact that each episode is about fifty-five minutes long, allowing a bit of extra time for the writers to craft their tales, but these effective two extra episodes are just not enough for the side stories. 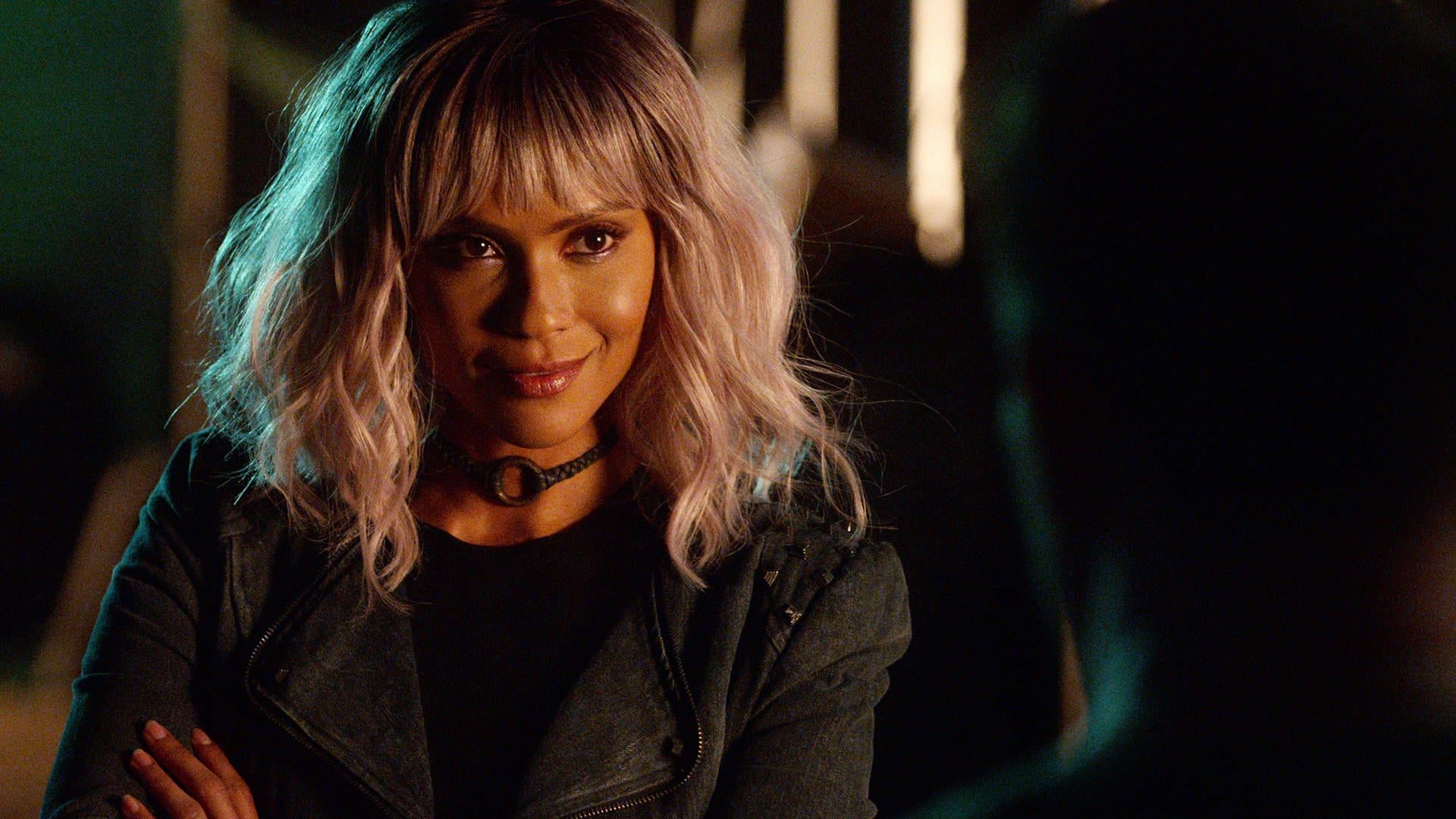 Detective Dan, in particular, gets short shrift - his pain over Charlotte’s death is nothing more than anger and his actions and blaming Lucifer are just never developed enough to make it resonate. An action he takes towards the end of the season just comes off as douchey instead of the actions of a man in pain and denial. Another character that doesn’t get her due is the demon Mazikeen. This season the writers really tried to give her something more to do than be the ultra-violent torturer with a heart of gold. She gets to fall in love and feel the pain of rejection and betrayal, but it happens so quickly that you don’t get to see her open herself up to human emotions. Even the part she plays in Linda and Amenadiel’s plot is truncated once the love story starts to unfold. That dynamic of the three characters is never properly explored and its humanising effect on her is lost.

This season the writers really tried to give [Mazikeen] something more to do than be the ultra-violent torturer with a heart of gold.

I’ve forgotten about Ella’s loss of faith because it is something mentioned a few times and then never actually developed until the last episode when she suddenly regains her faith. This could’ve been a satisfying contrast to the Lucifer story as someone of deep faith journeys from loss to acceptance and regaining the belief, but with a short season, there is no time for that.

Amenadiel and Linda do get a meatier plot in contrast to the others as they grapple with their relationship and the consequences thereof. Amenadiel himself has an interesting, if truncated, journey from joy at his self-actualisation, to seeing the flaws in humanity and doubting his path to finally realising where his life lays. It’s an interesting journey and I would love to see a thirty-minute sitcom starring these two characters and the hijinks that ensue as they build a life together. 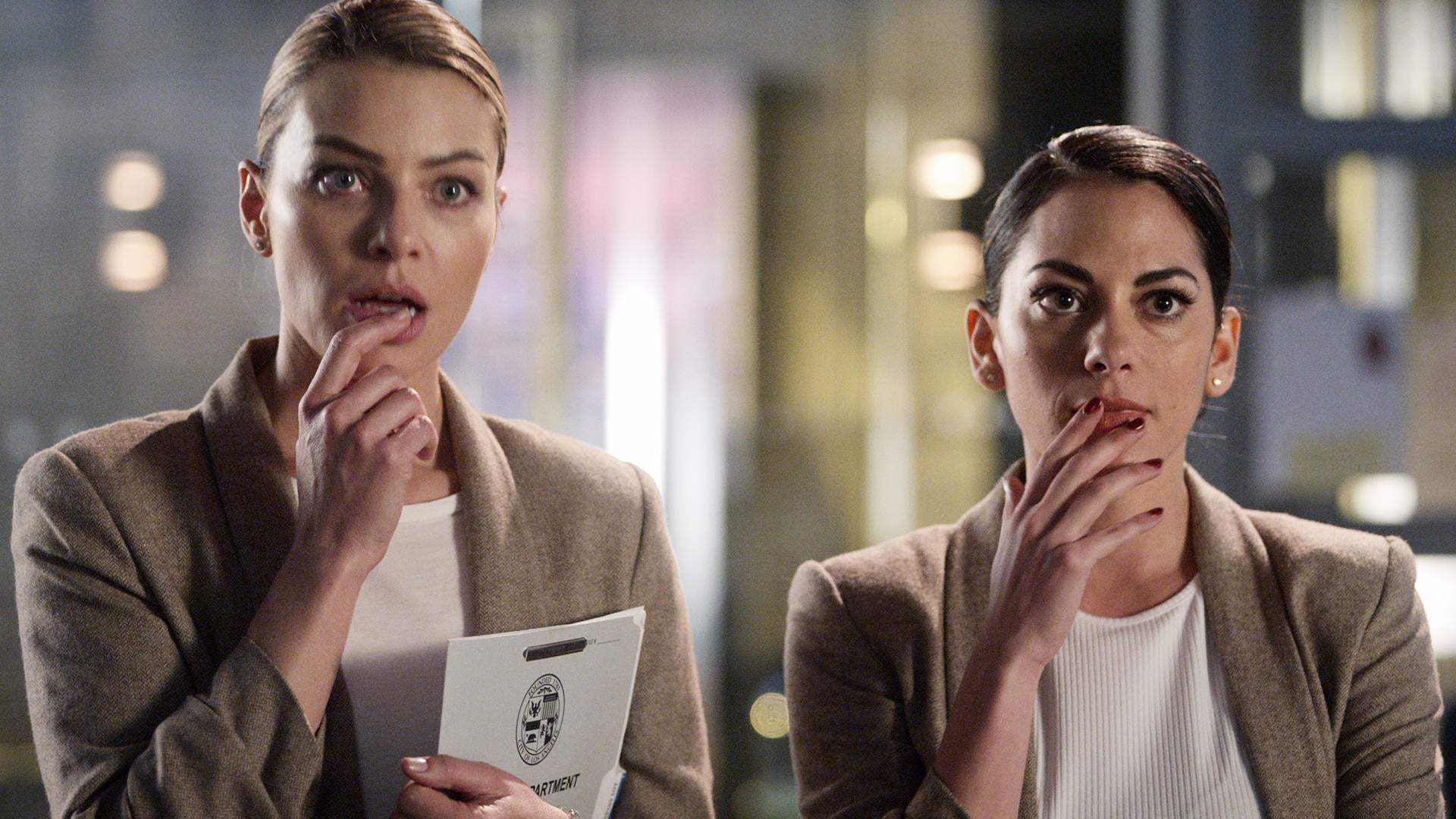 The main plot is where all the action is and it is a good one. Lucifer walking the earth has triggered, maybe, an apocalyptic prophecy that states when he meets his first love, evil will be unleashed on earth. Literally, when the devil comes calling, he will be bringing all of hell with him. Of course, Lucifer does not believe this, but Kinley does and he wants to use Chloe to send Lucifer back to hell and trap him there. Chloe, knowing what she does, now struggles between the man she knows and the, well, propaganda created by the church of the devil she doesn’t. She wants to believe that he is capable of more than pure hedonism, sadism, and evil, but she cannot forget all that she has learned about him from various sources. This plot plays out as Lucifer tries to prove himself worthy of her attention and love, but humorously he does tend to mess it up as only he can.

Of course, in the end, he does enough that she sees that he can be good, even leaning into the whole “he was an angel after all” bit, but Lucifer does not make it easy and the machinations of Kinley along with the selfish desires of Eve push things to the climax we all know is coming.

While the storyline is good, the actors, more so Tom Ellis than Lauren German, make it work. Ellis is his usual rogue, charming most of the time, tortured in private and downright terrifying when he needs to be. German is fine as Chloe, but her style of delivery, that breathless whisper has always irritated me no end. The delivery just doesn’t work in every situation especially when you are trying to convey exasperation or anger.

In terms of the effects, the move to Netflix hasn’t really increased the budget as far as I can tell. Lucifer’s devil face and wings look good, but not great. That is the extent of the noticeable VFX work as this has never been a show to rely on heavy effects.

I am thrilled that Netflix picked up Lucifer. The last shot could act as a definitive ending, but I hope not as I think that there is more to explore, particularly for Maze, Dan, Ella and the rest of the supporting cast. The ten episodes speed by and it is definitely worth your time whether you are into the whole mythology or just want a fun distraction with some comedy, some light police procedural elements, and some drama. The show is streaming now on Netflix and you can binge all ten episodes if you so wish.
7

The secret's finally out.

The cast is brilliant.

Tom Ellis is amazing as Lucifer.

The plot is not drawn out.

Supporting characters are not given enough time.

Maze is not given enough air time. 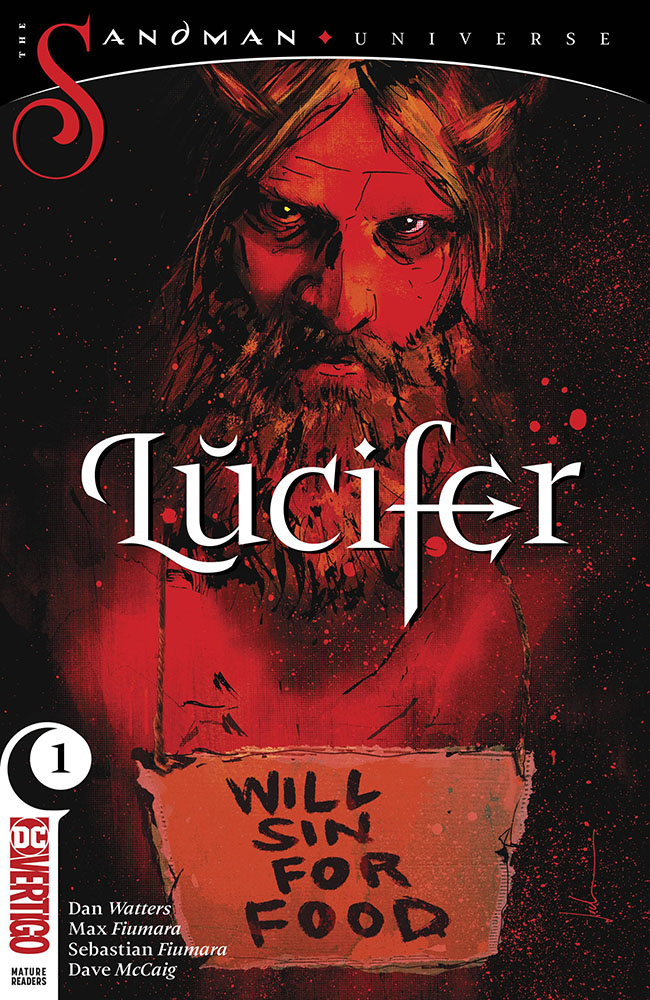