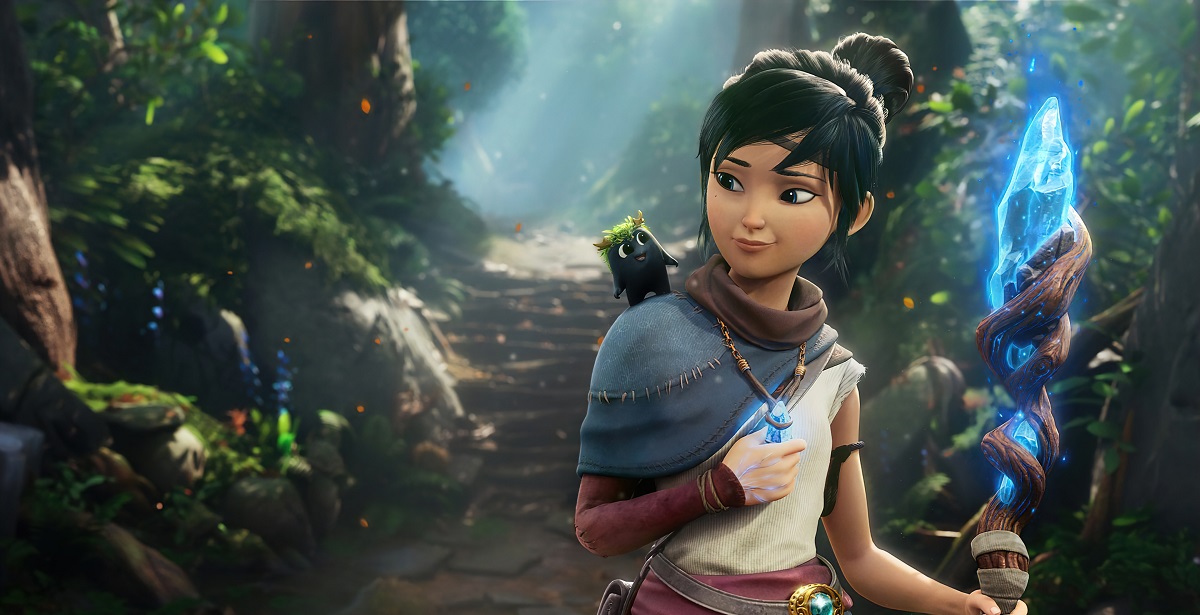 As the first true video game from developer Ember Lab, who began as an animation company, Kena: Bridge of Spirits leans into the studio's greatest strengths. Dazzling visuals, a stunning presentation, and superb facial animations dot the experience like you're playing an interactive Pixar movie, though it's also clear that their first attempt is noble and great when it lets off the brakes, but not quite up to scratch just yet. 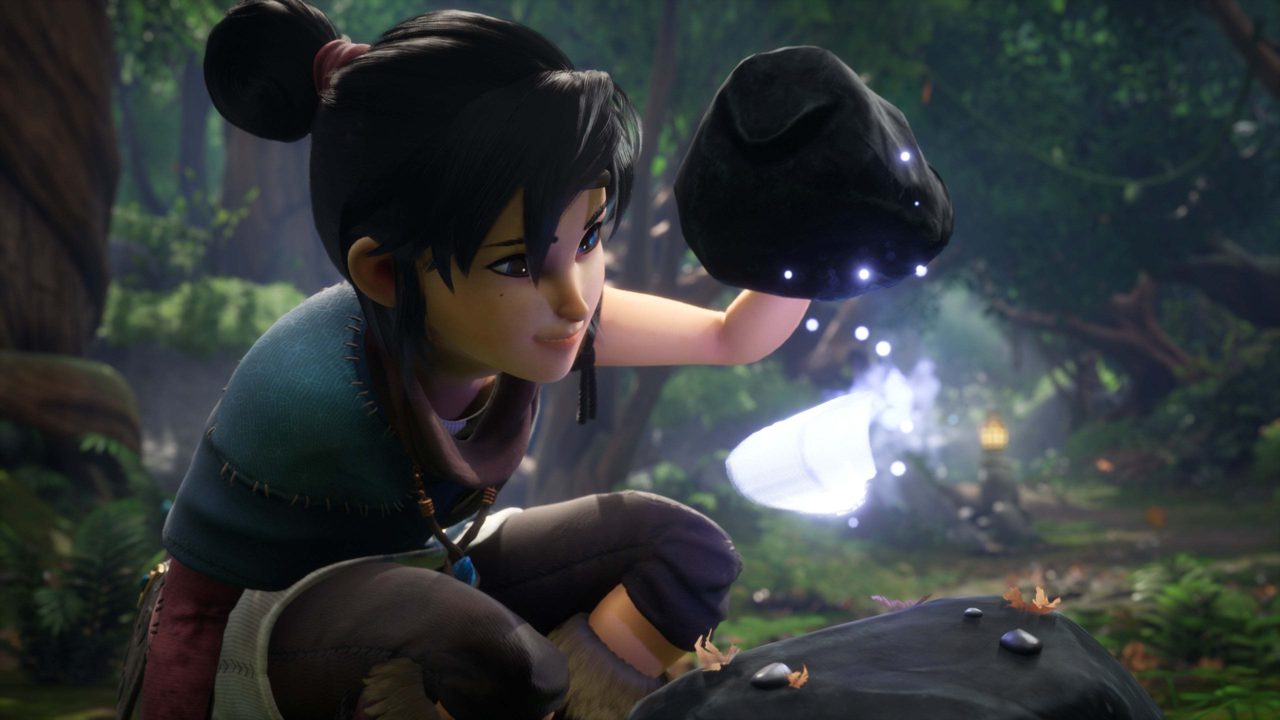 Kena: Bridge of Spirits follows the titular protagonist Kena, a Spirit Guide who helps spirits move onto the next life. Throughout the game, Kena interacts with numerous lost souls each harbouring some form of guilt or regret that they need to overcome. Kena has to lead them across a beautiful land while looking for a mystical mountain shrine, all the while forces try to stop her from achieving her goals.

Ember Lab's talent as an animation studio absolutely shines and I can't commend them enough...

Kena: Bridge of Spirits succeeds on the strengths of its gorgeous presentation. Character animations during cutscenes are particularly impressive as they show off a stunning cinematic quality similar to that of a Pixar or Dreamworks movie. The cutscenes were easily my favourite aspect of the game as I couldn't wait to bounce to the next narrative beat just to see events unfold with great and detailed animation. Ember Lab's talent as an animation studio absolutely shines and I can't commend them enough for putting their heart and soul into making this relatively safe gaming experience so much more magical due to its wonderful cutscenes and character designs. 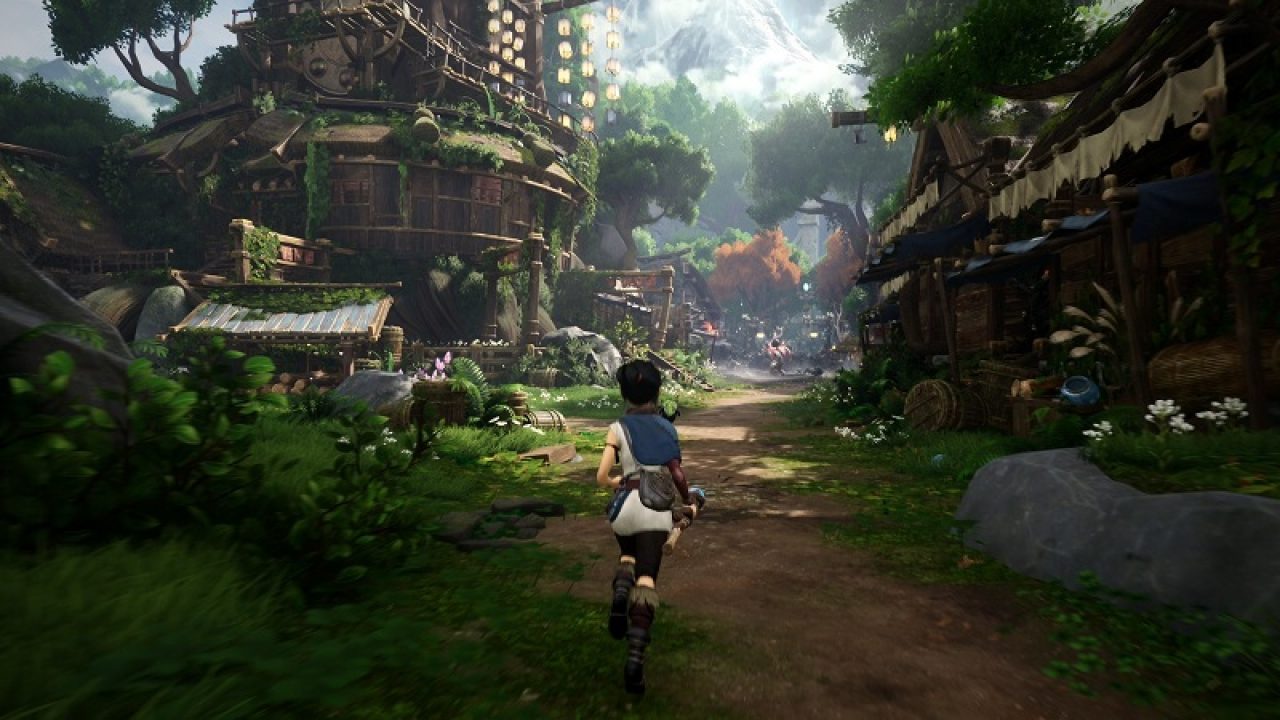 That said, Kena herself is a bit of a mixed bag when it comes to lead characters. We're never really given a proper backstory for her despite the game often teasing a more detailed history. Instead, the focus is placed on the various lost spirits without many moments for Kena as a character to stand out. You're given just enough detail to care, but not enough that truly fleshes out her past which was a bit of a missed opportunity that can hopefully be remedied in a sequel.

The world itself is vibrant, detailed and beautifully rendered...

On the gameplay front, Kena: Bridge of Spirits is a throwback to classic adventure/platformers of the past, conjuring up my first feelings of playing games like The Legend of Zelda: Ocarina of Time or Tak and the Power of Juju. You're given an semi-open world to explore, separated into linear segments with plenty of unlockables, secrets and off-path rewards to find. You're essentially traversing each zone of the world, finding a story-specific item, fighting that zone's boss (typically a corrupted spirit that needs to be saved) and moving onto the next zone. The world itself is vibrant, detailed and beautifully rendered to match the colourful palette of the characters, making it a believable space for them to inhabit. 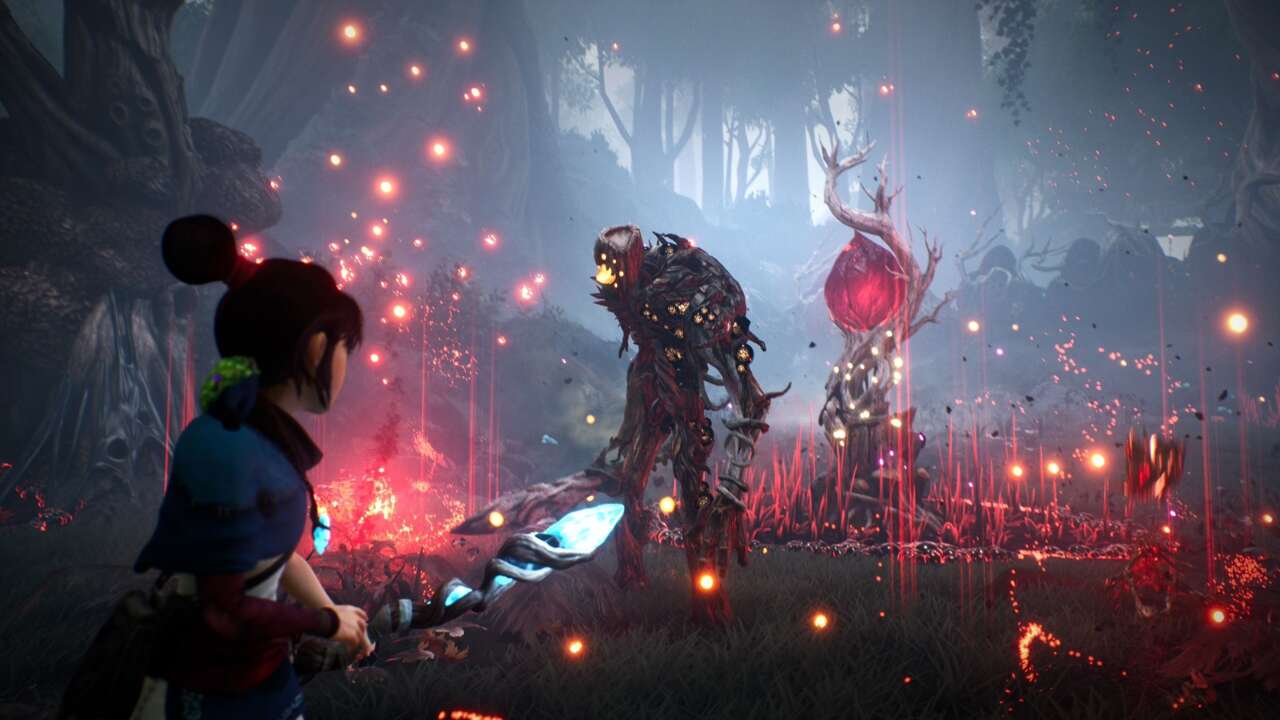 In terms of combat, Kena: Bridge of Spirits keeps it simple but remarkably effective. You've got your basic light and heavy attacks, a bow, and your staff for ranged attacks. You're also accompanied by adorable furry companions named Rot, who will aid you in locking down an enemy or overwhelming them for you to swoop in for attacks. You can command them by building up your Courage Meter in battle, which refills the more you engage in combat. What makes this combat system so endearing is how it old-school it feels. There aren't any major upgrade paths or notable new attacks to unlock (apart from some very minor melee or skill improvements), so your only form of offense is playing with the tools available at your disposal. Confronting enemies is a game of reflex, though most enemies can be defeated in a few hits except for boss fights. 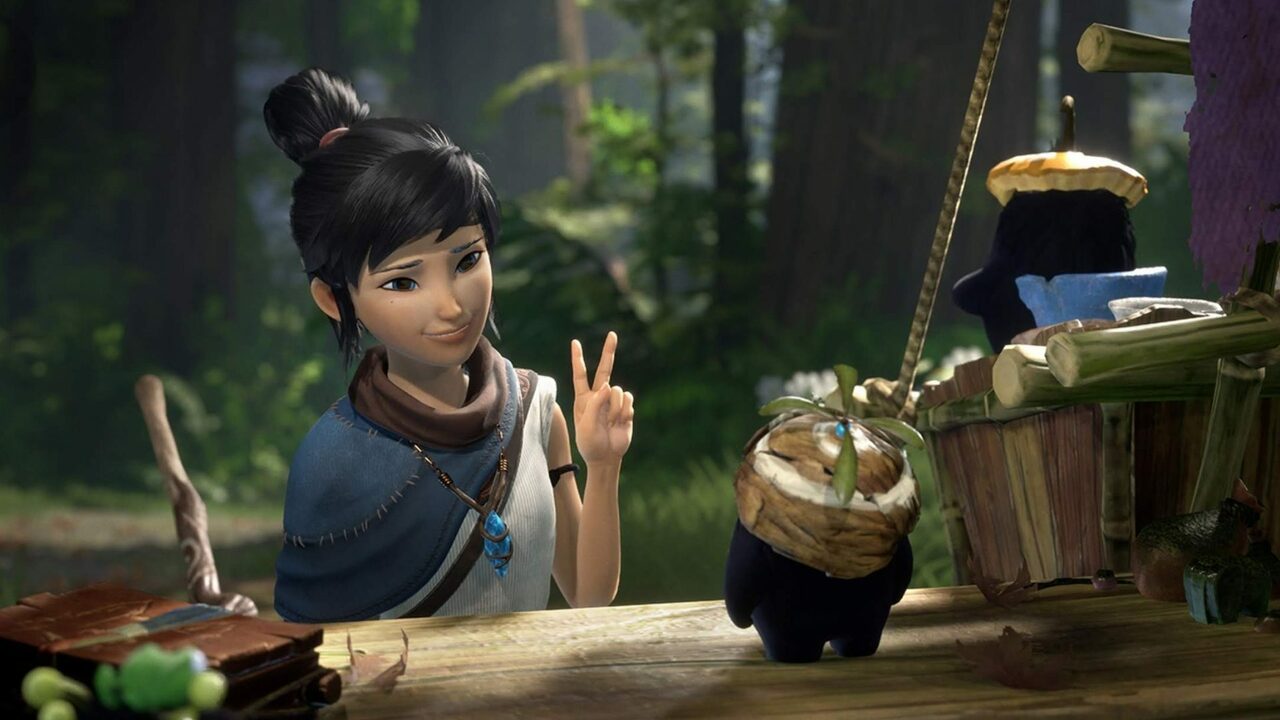 Kena: Bridge of Spirits hits all the right notes in the nostalgic department, which is arguably one of its biggest strengths too. We rarely get games that offer such an old-school blast of adventuring fun anymore. In fact, it's quite refreshing. There's a charm to its simplicity that resonates in everything from its gameplay to level design, combat and more. Some may feel it a tad bit archaic, but Kena: Bridge of Spirits knows exactly what it is and has some self-aware fun with its premise.

It's never an overwhelming challenge, though, but it will take some players by surprise...

Surprisingly, Kena: Bridge of Spirits isn't a breezy affair either. There were moments during the last portions of the game where I was getting destroyed for playing carelessly. This is thanks in large part to the great enemy variety that's constantly introduced to mix things up. Your Courage Meter then becomes your source for both using the Rot and healing yourself in designated cleansing areas, meaning you have to carefully consider your resources during battles. You still have your basic combat, but it's how you need to adjust yourself to tougher encounters that things get very interesting and, admittedly, a bit challenging. It's never an overwhelming challenge, though, but it will take some players by surprise if they're expecting a more calming or casual experience from start to finish. 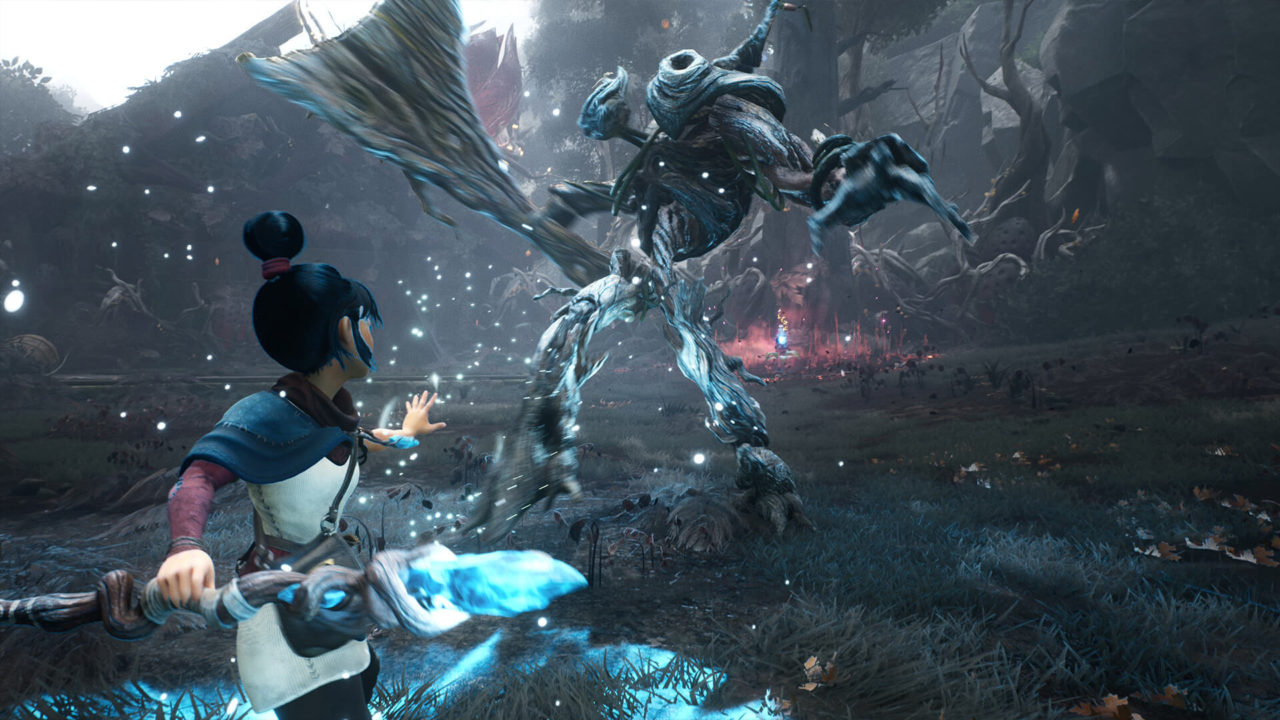 Apart from dishing out pain or receiving it, Kena: Bridge of Spirits also has moments of downtime that simply lets you explore, puzzle-solve, and do some platforming. Ember Lab make sure to balance combat with other tasks so that it never sticks you in a repetitive loop of doing the same thing. Some zones will require you to speak to NPCs to progress the story (and finding them can be a task in and of itself), or make you find specific items or solve a certain puzzle to enter new areas. It's all true to the spirit of old-fashioned gaming fun that we've seen in the blueprints of 3D Zelda games, but Ember Lab finds clever ways to really make the game their own too. 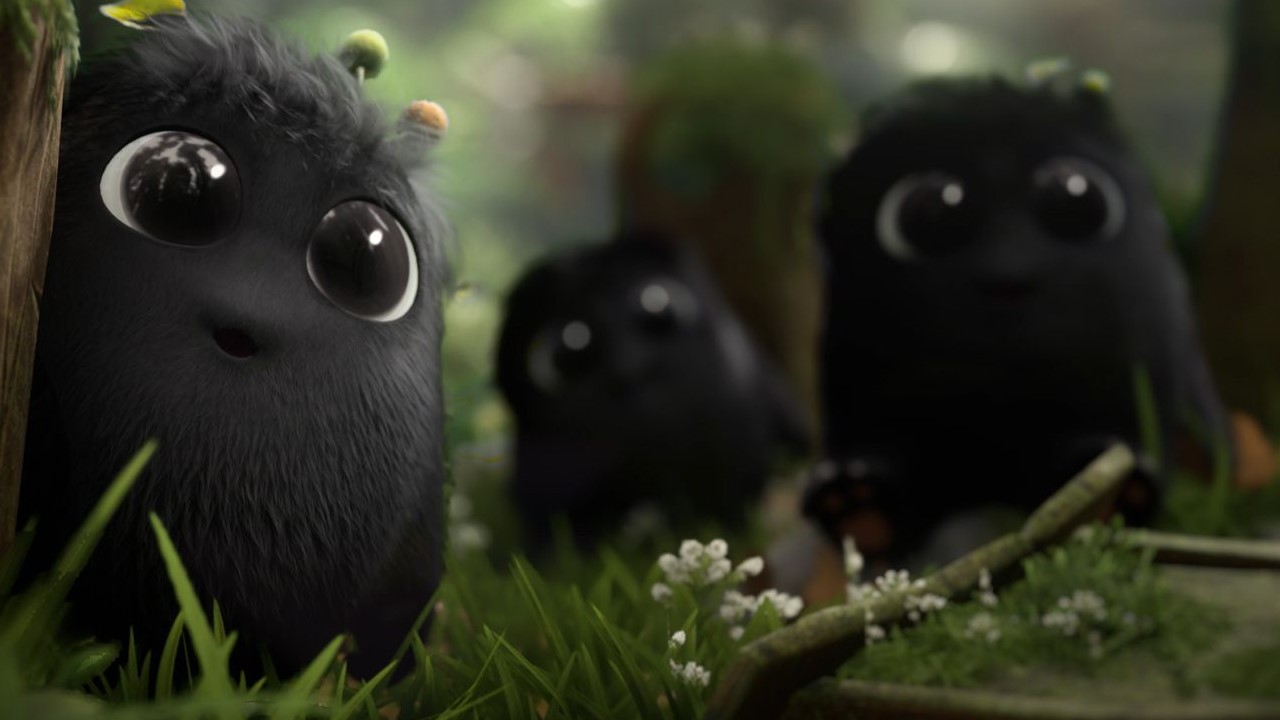 Apart from issues with Kena's character development and the story being a little uninspired, most of what the game aims to achieve is downplayed by the constant feeling that you're playing a game from a first-time developer who may still be discovering their own strengths and weaknesses. Kena: Bridge of Spirits reflects this in its central gameplay loop and game design. It's old-school, nostalgic and simplistic, but also doesn't really take risks - either in its story or gameplay. You can mark this off as being a more casual experience, but even that is sometimes offset by challenging boss fights and tough enemy encounters that probably won't stick the landing with a younger demographic.

With that said, Kena: Bridge of Spirits is an admirable start for Ember Lab's journey into gaming that still has a bit of room to improve. However, what you'll find here is a special, cute and endearing game that gives players a blast of nostalgia thanks to its retro-inspired level design and objectives. It's a good game that just misses the mark of being exceptionally great, but I couldn't help but admire the tremendous work that went into making this such a cinematic and amusingly charming experience overall. If you want a game that offers something old-school and plays it safe with masterfully animated cutscenes, you'll find a lot to love in this gleeful little platformer. Just don't expect it to offer something drastically new. 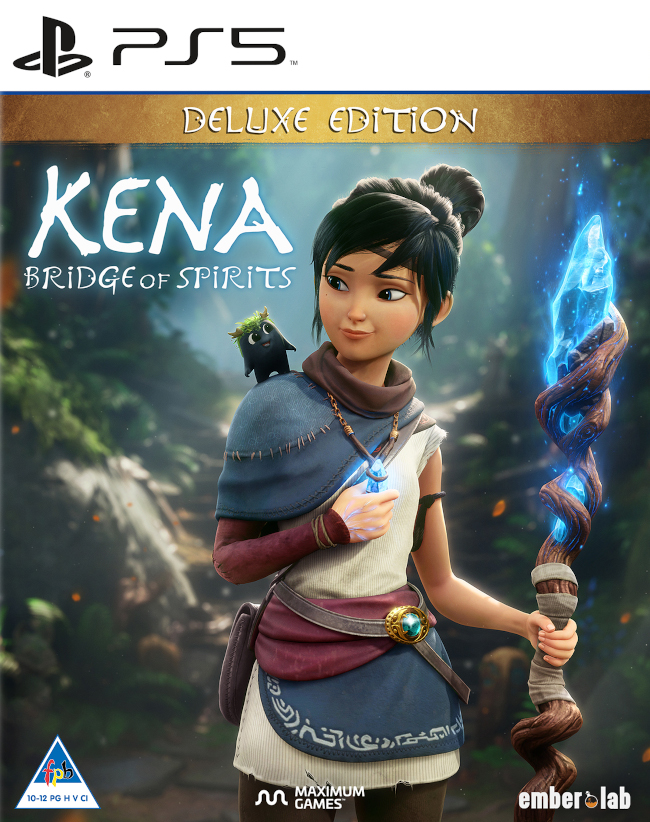