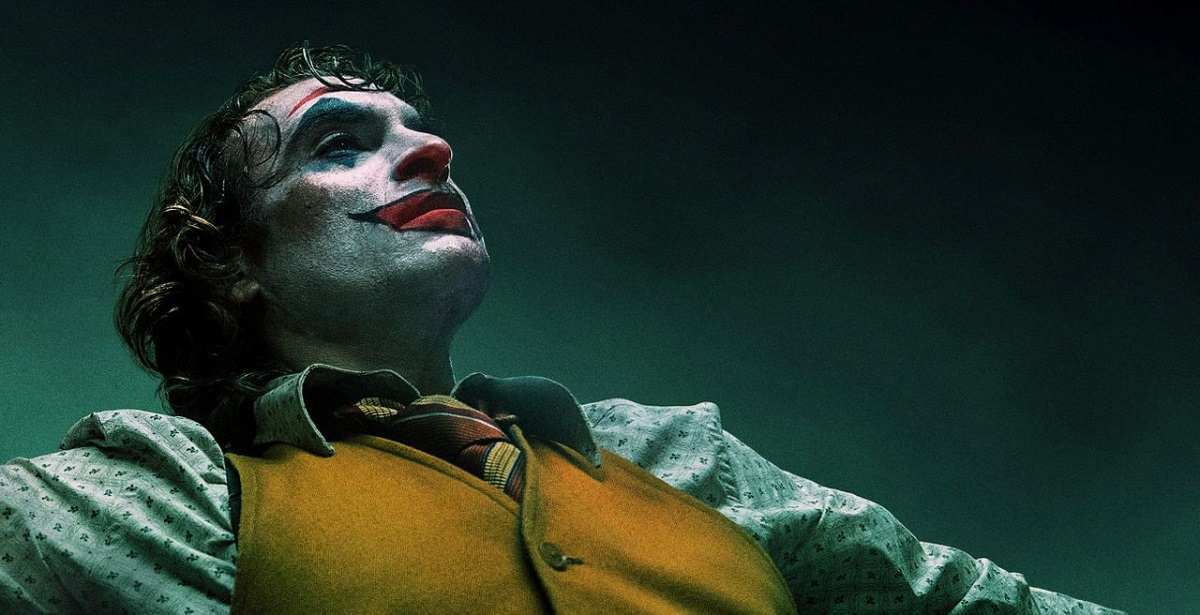 When we talk about cinema of rare quality, we often look at films that leave a deep, profound impression on you long after the credits roll. Films that dazzle with their stories, characters, cinematography, directing, and every technical aspect that work together to create something truly mesmerizing. However, they're also aren't afraid to break genre conventions to deliver stories that explore more than just your typical good versus evil narrative. In comic book films, these are in increasingly short supply, with a few daring to go the extra step to be recognized for being something different; something unique. The last film to leave its mark to this degree in comic book films was Christopher Nolan's excellent The Dark Knight. I say this because Todd Phillips' Joker is, unquestionably, the best comic book film since then. 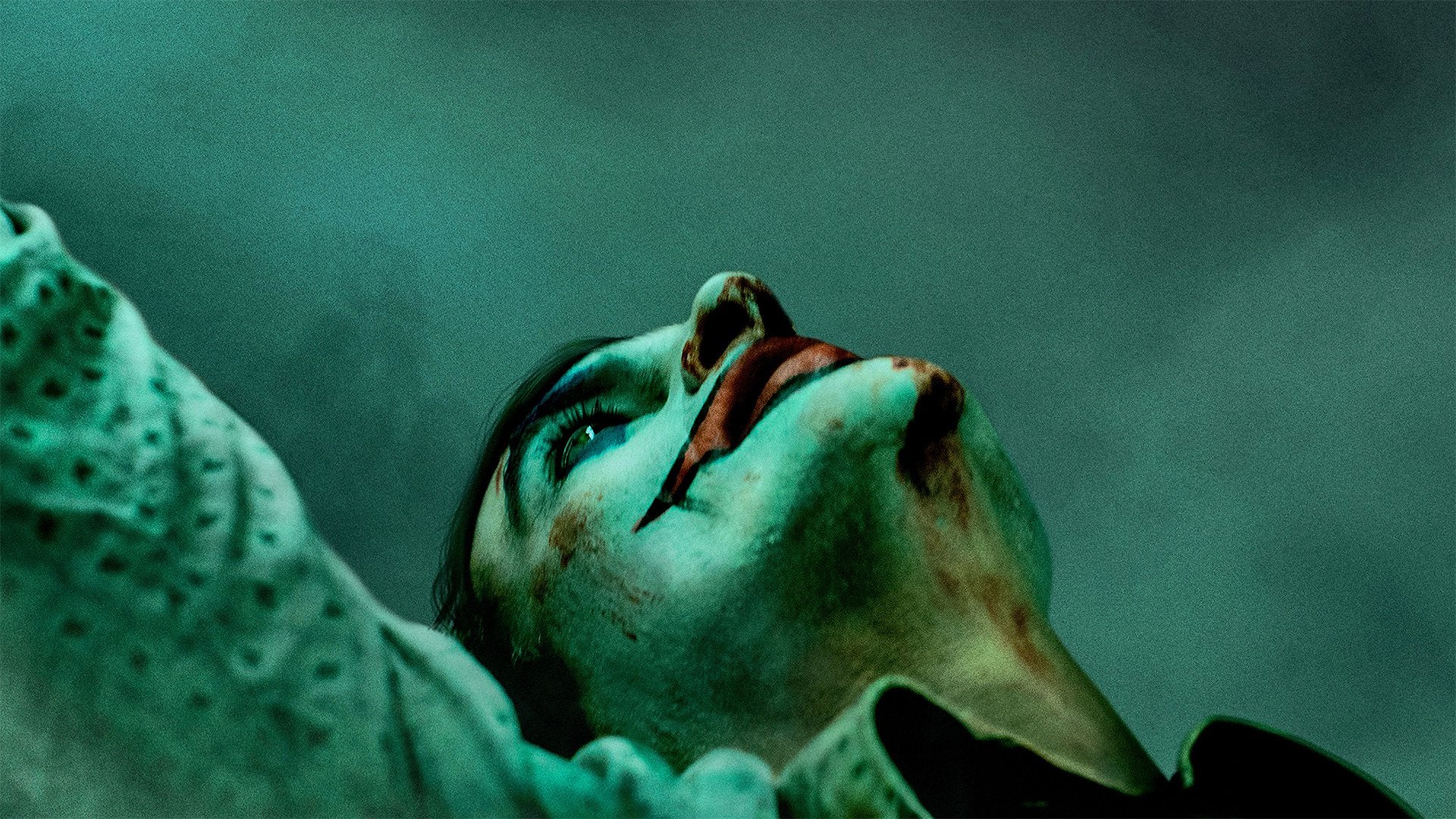 Right off the bat, I should warn you that Joker is less a film about the popular DC villain of the same name, and more about the character of Arthur Fleck, a down-on-his-luck, aspiring comedian who not only goes over the edge, but leaps to his downfall. It's a difficult film to watch at times, but nonetheless essential to the degradation of a morally grey lead character. Taking place in the early 80s, Joker paints Gotham as a divided city on the brink of an impending, violent revolution. Caught in the midst of it all is Arthur, who struggles to find his place in society. Sadly, due to a medical condition that forces uncontrollable laughter out of him at the worst of times, he is looked down on, and can only find solace and some normality in being a performing clown.

Arthur is a sympathetic character until he ceases to be, and it's all the more heartbreaking watching this mental collapse happen...

I've barely touched the surface of Joker's multilayered character study, but underneath it all is the theme of morality - where does one draw the line in deciding what constitutes as good and evil? The film explores this concept beautifully, and juxtaposes it with another surprising plot element that I won't get into in fear of spoilers. I will say this: never has there been a more introspective comic book film that unravels the intricacies of both hero and villain origins so unwaveringly, that it blurs the lines between good and bad. Arthur is a sympathetic character until he ceases to be, and it's all the more heartbreaking watching this mental collapse happen, but at the same time, incredibly fitting of the clown prince of Gotham. 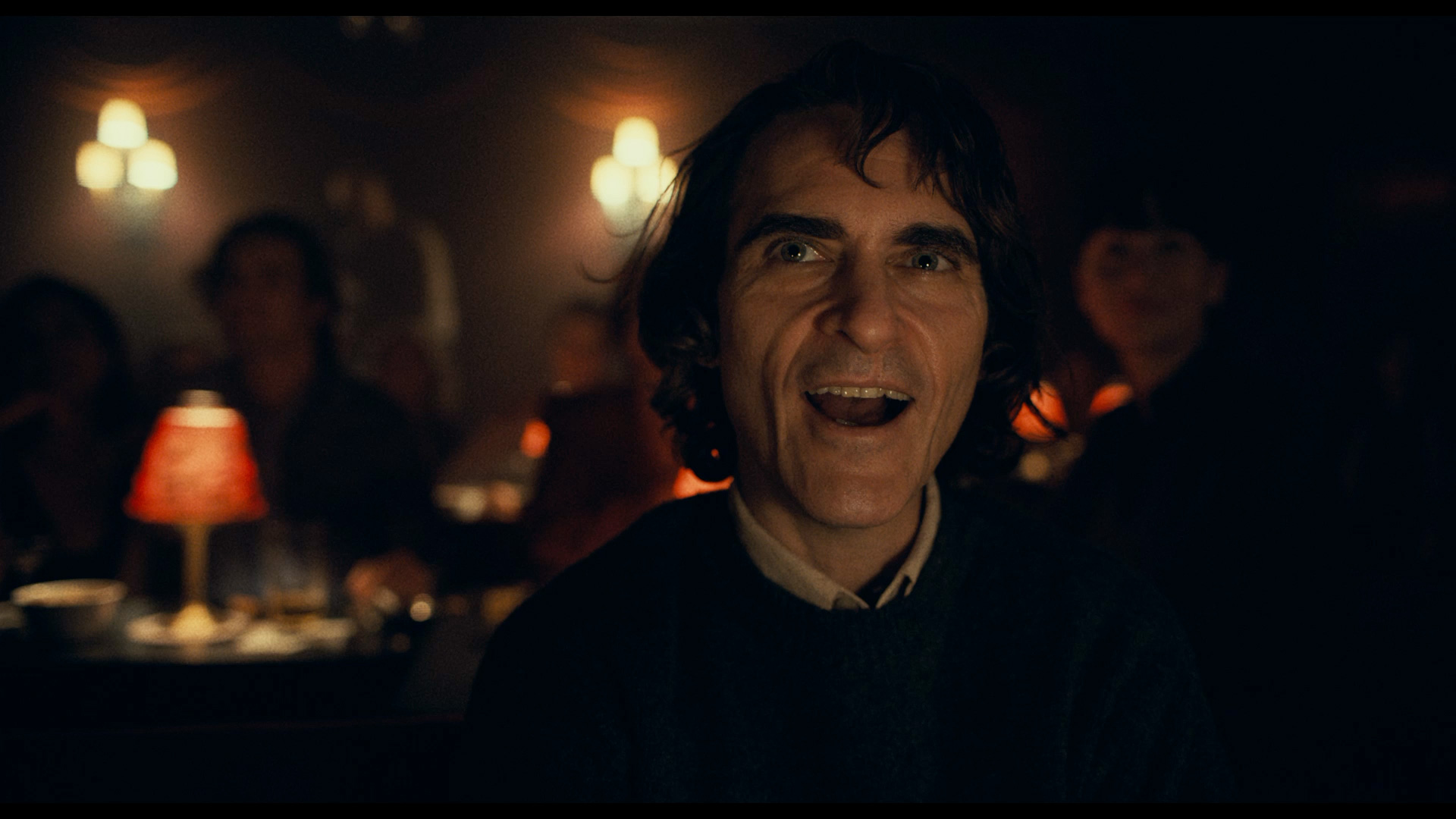 The two driving forces behind what makes Joker ultimately work is Joaquin Phoenix and director Todd Phillips. Phoenix commands his role as Arthur Fleck with an iron fist, often to disturbing degrees. His portrayal of the iconic DC villain is so far removed from the comics, yet somehow completely faithful to its various renditions, that it still blows my mind how carefully curated his character arc was. However, this is a comic book villain origins tale that hits remarkably close to home - drenched in underlying themes that don't take us out of reality, but acts as a firm reminder of the very real and traumatic issues that those with mental illness face, especially in the light of judgement from a cruel and misguided society.

It's equal parts mesmerizing and morbid, and Phoenix walks that fine line with absolute conviction.

Phoenix captures this with a magnetic force that I haven't seen done this well since Heath Ledger's iconic portrayal of the character. It's equal parts mesmerizing and morbid, and Phoenix walks that fine line with absolute conviction. It's not only Phoenix's greatest performance of his career, but one of the best I've ever seen in cinema. 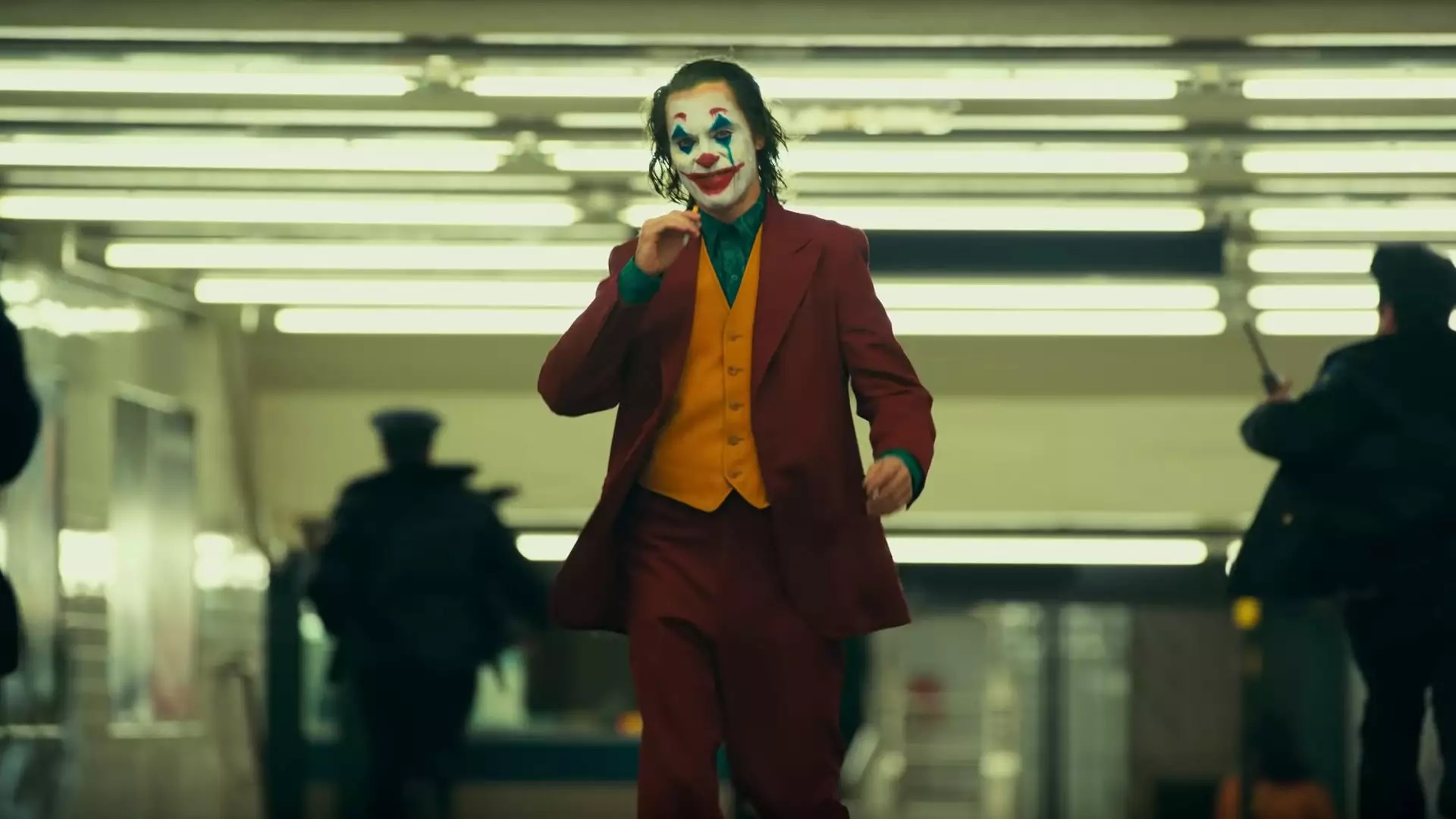 It takes a director with an astute understanding of the source material and more to deftly blend real-world subject matter with that of a comic book story, but Phillips nails that duty with as much confidence as Christopher Nolan or Martin Scorsese. On that note, cinephiles should be familiar with the clear inspirations that Phillips lifts from, especially two of Scorsese's landmark films, The King of Comedy and Taxi Driver. This becomes evident in the style of filmmaking, from the murky cinematography to the documentation of an everyday man's fall from grace. It's no coincidence that Robert de Niro was also cast in the film as a talk show host who prods at the misfortune of others - a reflection of how media influences and shapes the mass opinions of society to eye-opening extents.

...cinephiles should be familiar with the clear inspirations that Phillips lifts from, especially two of Scorsese's landmark films, The King of Comedy and Taxi Driver.

Joker is at its best when it hones in on Arthur's psyche, and since he's basically in every scene in the film, that's saying a lot. Arthur's condition is hard to watch at times, especially when you factor in the pain he feels whenever the "laughter" rolls in. In some scenes, it's obvious that his laughter borders on crying in anguish; a testament to not only Phoenix's stunning performance, but also just how much sympathy you can ring out of a character as despicable as what he eventually becomes. However, the film has a fiendishly clever way of not making you completely latch onto the character's good deeds, but rather, see his transformation for what it is - the result of external forces pushing someone with mental illness to the edge. Contrary to media belief, the film doesn't glorify its evil or violence, but rather sheds a light on what society, given the opportunity, is capable of creating: a monster. Joker's mental collapse is terrifying, sad, and incredibly gut-wrenching to watch. 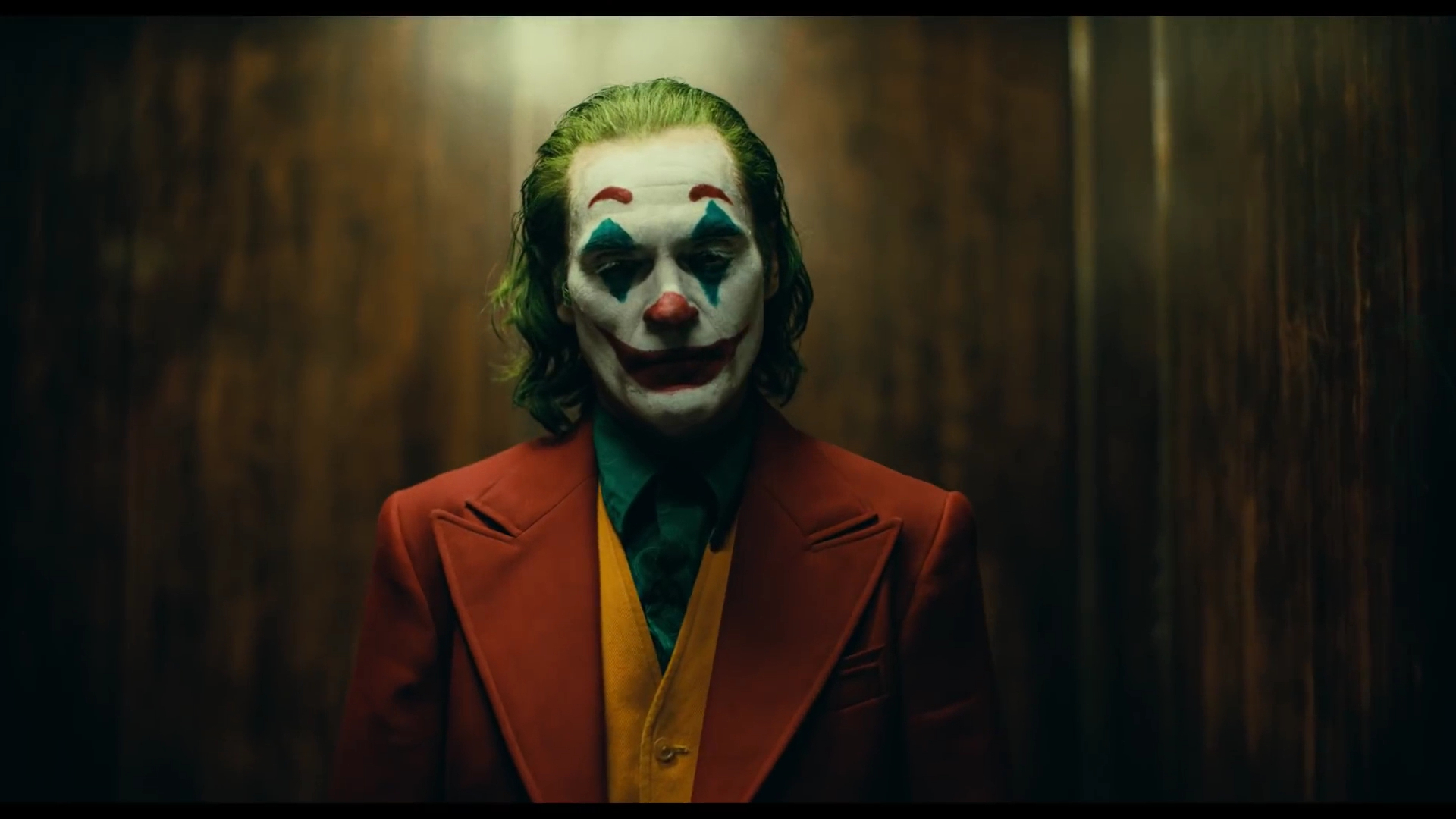 On a technical level, Joker is practically flawless. The masterful craftsmanship on display here is reminiscent of some of the most influential films of the century, from the aforementioned Taxi Driver to elements of GoodFellas and Nicolas Winding Refn's gorgeous Drive. It's a combination of sure-handed directing, beautiful cinematography, and a soundtrack that's subtle, not overpowering, but haunting enough to elevate the escalating intensity and pacing of each meticulously crafted scene.

Phoenix is front and center of almost every scene in the film, and steals the spotlight. I'm probably throwing a lot more praise at Phoenix than I should, but I can't stress enough how riveted I was by his performance. Is it as good as Ledger? That's up for debate, but I personally think it almost matches Ledger. When everything comes together, it fundamentally works. 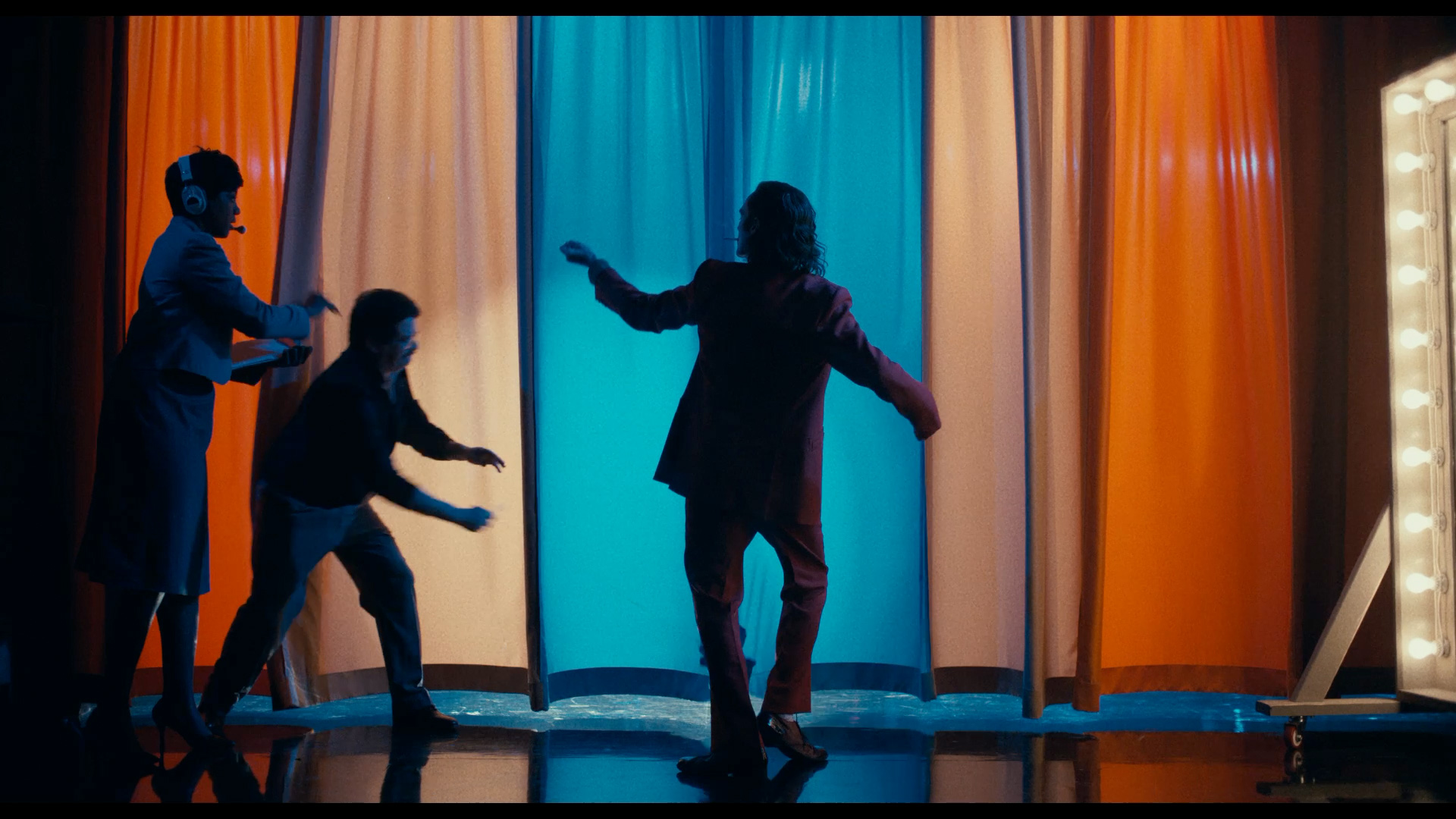 Finally, I want to touch on Joker's violence, which seems to be quite a hot topic in some circles. It's nowhere near as brash or visceral as a film like Deadpool or even Logan, but the violence stems from the more disturbing, psychological aspects of the experience - and what you make of it. The film is crafted in such a way that it disturbs more than entrances, shocks more than captivates, and hurts more than uplifts; yet it all cohesively clicks like a tragic symphony. While not without its scenes of some pretty nail-biting violence, that's not entirely the point either. As a character study of a man on the verge of breaking from the pressures of society, it says more about the growing and almost predatory influence of the darker world. In that regard, Joker won't be everyone's cup of tea, and that's fine, but it can't be judged through rose-tinted glasses either.

Joker is a thought-provoking, challenging and disturbing masterpiece, and easily the best comic book film since Christopher Nolan's The Dark Knight. Phoenix turns in the finest performance of a comic book villain since Ledger himself, and is on his way to earning a well-deserved Oscar nomination - if it were up to me, it would be a win. Every facet of the film permeates an uneasy sense of dread and despair, but most importantly, tells a very relevant and real story of how mental illness, when pushed to extremes and alienated by society, can turn dangerous when unchecked. Joker is much more than the sum of its parts; it's a confident stroke of cinematic genius that will be analyzed in the same breath as Taxi Driver, GoodFellas, and The Dark Knight for years to come.
10

Blaze
@Bob Really? I felt it was the perfect length, around just under 2 hours.

Bob the Third
Was just a tat bit too long…