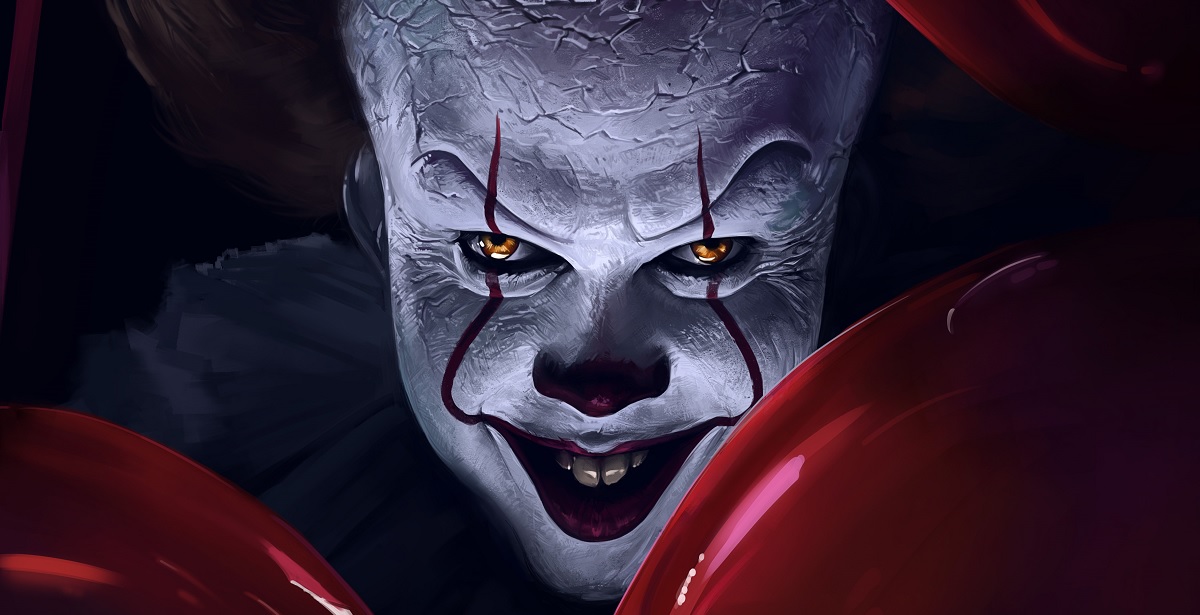 It Chapter Two is the continuation from the critically acclaimed horror experience of the same name from 2017, and follows the Losers Club in their adulthood. The adaptation of Stephen King’s thriller novel was a fantastic experience the first time around, and the second is a different, yet equally phenomenal, showcase, that is both a follow up and a stand-alone experience worthy of praise from filmmaker Andy Muschietti. 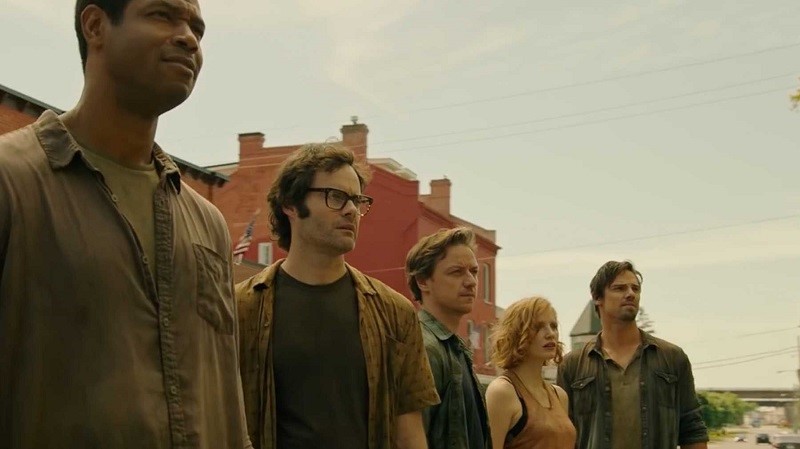 NOTE: There will be no spoilers from It Chapter Two in this review, but there will be references to the first, so if you have not watched the first film, or want to go in completely fresh, we suggest turning back now. If not, then read on. 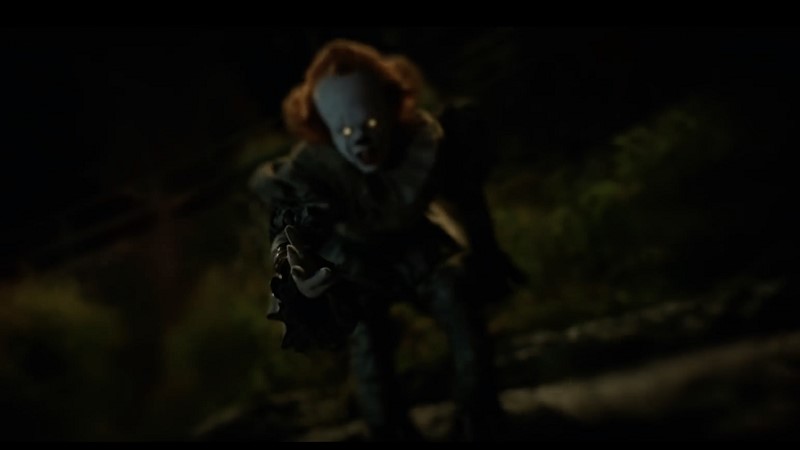 The film sees the Losers Club, comprising of Bill, Beverly, Stanley, Richie, Mike, Eddie, and Ben, all well into their adulthood, as the film is set 27 years after the events of the first. After tragedy strikes in Derry, Pennywise the Dancing Clown makes his cyclical reappearance in the town, and strange things are set in motion. Mike, who is the only member of the Losers Club to remain in the town, summons the rest of the gang to face up against Pennywise once again, just as they did when they were kids, by invoking the pact they made when they first faced the IT.

The second installment is soaked in the mystery thriller/suspense you feel when reading the book...

It Chapter Two - it is important to remember that this is a continuation of a single story, and not a traditional “sequel” - does a fantastic job at exploring both the Losers Club and the single characters as well; in such a way that it doesn’t distract from the narrative but forms part of it. The film swaps out freakish horror from the first for mystery, which is more akin to the lore. The second installment is soaked in the mystery thriller/suspense you feel when reading the book - not that you have to have read the book to enjoy the film - but it doesn’t need to rely on the jump scare/horror experience of the first. Though, in saying that, I still suggest you bring a spare set of pants. 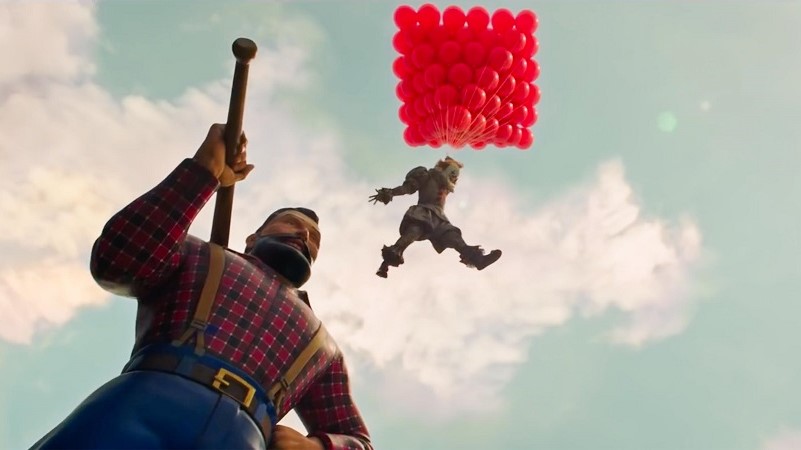 The singular exploration of each character not only fleshes the lore out, but gives you a deeper understanding of each character, as well as some off-screen events that happened in the first film. As we delve into each character and their experiences, we realise that this isn’t a “band of heroes” that have come together to fight some terrible beastie off, but a collective of frightened individuals - arguably more so than when they were children - that feel a sense of duty to each other, making the characters relatable and practical.

Structurally, the film follows the traditional layout of its source material, using interjecting flashbacks mixed with present day to flesh the story out. The adults struggle to find the exact chemistry they had when they were children, and this is explored in a particular flashback sequence - which we won’t spoil - reminding us that we grow apart as adults, and what we might have experienced with others as children, doesn’t always remain as we move on with our own lives. Not to mention, that the characters do not remember each other all that much, and some of them live on almost opposite ends the U.S. 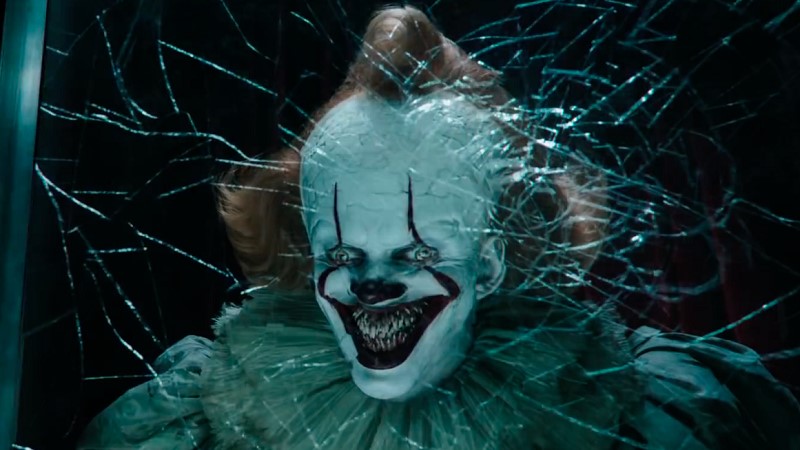 Humour is injected, just as it was in the first, by characters Eddie and Richie, which prevents the film from turning into a running joke and undermining its tense premise. Pennywise himself has some comical moments as well, which is even mocked in the film (in reference to the dance from the first), but none that undercut him as being the eater of worlds, as he is always quick to remind you just what his true nature really is. Just as the characters try to cope with the situation with well-timed jokes, you feel a brief moment of reprieve - as they do - before your heart is back in your chest and you are on the edge of your seat, making you feel just how the characters feel on-screen.

Bill Skarsgard reprises his role as the interdimensional space being, and has evolved the character from the first installment...

Speaking of the clown himself, Bill Skarsgard reprises his role as the interdimensional space being, and has evolved the character from the first installment, taking Pennywise from being a “scary creature” to a truly malevolent being, hell-bent on the destruction of - and revenge against - the Losers Club. Pennywise, and by extension Bill, is not simply satisfied with destroying the gang, which he could easily do, and wants to toy with the mental security of his chosen victims, in an attempt to exact the fear in them that they seemingly didn’t have in their first encounter. All of this translates to the screen beautifully, as we see the frustration and delight from Pennywise as he attempts to break the morale of the Losers Club. 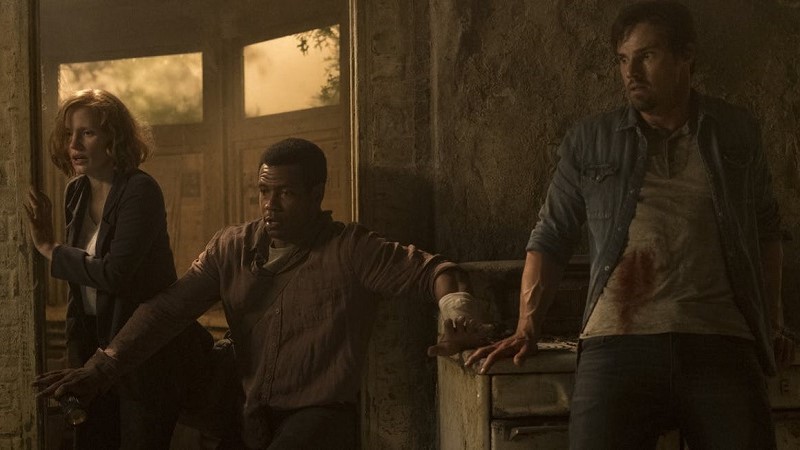 Overall, the ending of It Chapter Two is particularly satisfying, and might leave you actually screaming “yeah, take that!” at the screen. The second installment of this phenomenal story swaps out standard horror for mystery and suspense, making it far more true to its source material, and a terrifically thrilling film. Some minor changes from the books makes a refreshing tale, but nothing has been changed that influences the impact. Honestly, this is one of the greatest movies of this year, and one of my all time favourites - even topping the 1995 adaptation starring Tim Curry.
9.8

Excellent continuation from the first