To the gods we serve. 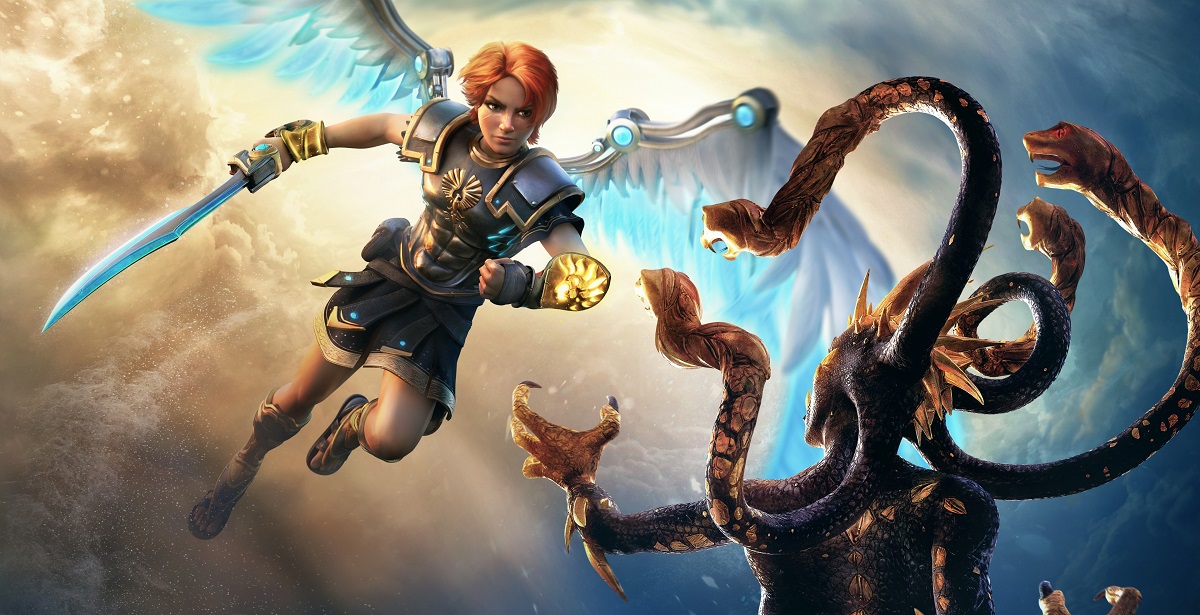 I've always been a tad jealous of Assassin's Creed fans. Their excitement, loyalty, and enjoyment of the long-standing series seems infectious. Sadly, I've always been immune to it. The game series has never hooked me, and it has always irked me. When I first saw Immortals Fenyx Rising (back when it was called Gods & Monsters), the brief teaser immediately intrigued me. Allow me a moment to tell you about Ubisoft's latest foray into the open-world genre. 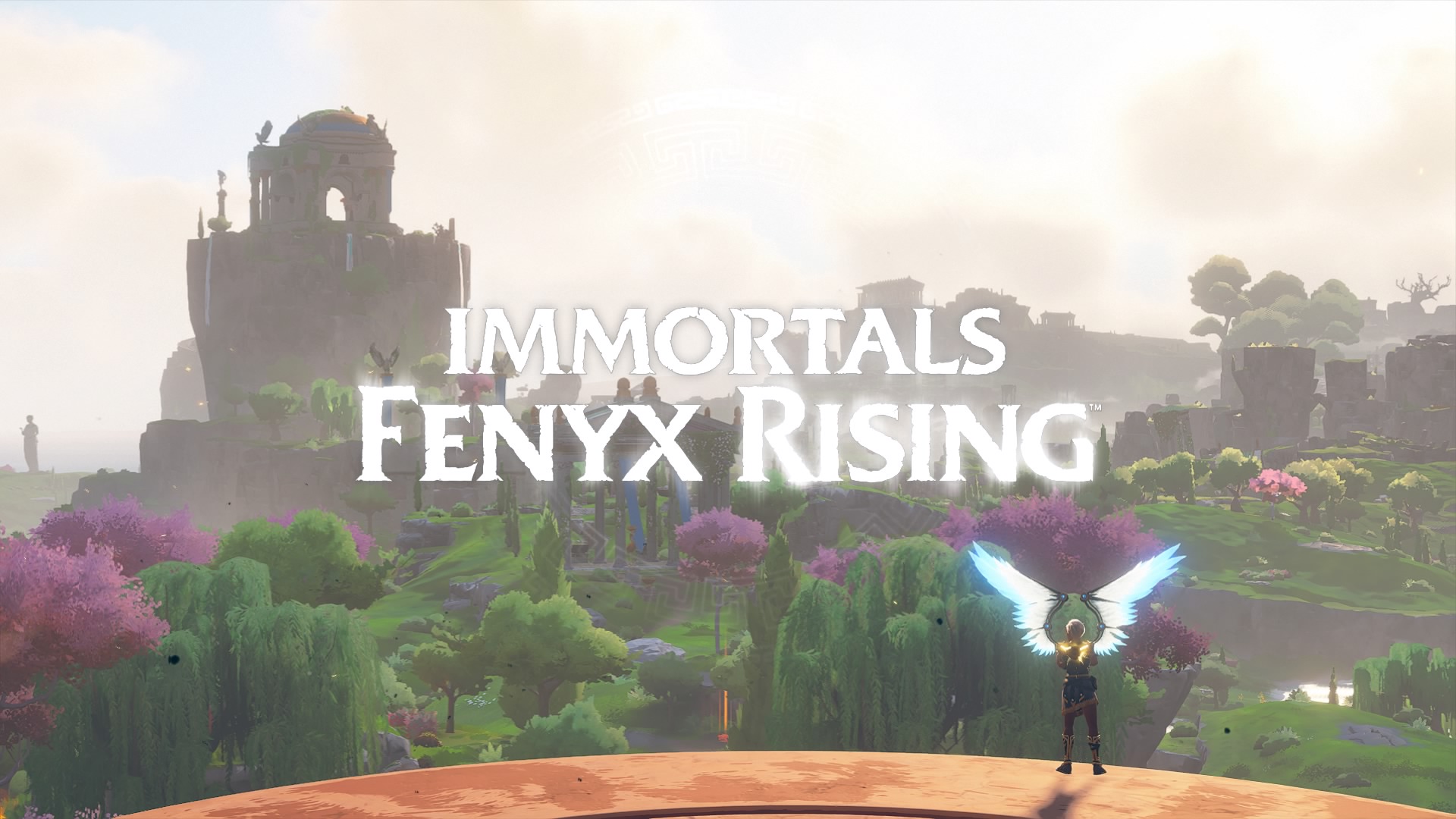 DISCLAIMER: As it stands now, the microtransaction store is unavailable. By the looks of it, the store will contain cosmetic-only sales, though it is hard to gauge the scale of it. As soon as the store is available, the review will be updated with the details.

After being imprisoned for many years, Typhon, the most deadly beast in Greek mythology, broke free from his chains to seek out the gods who imprisoned him. After a heated battle, Typhon succeeds in robbing the Greek gods of their powers. This leads to the present day (theirs, not ours), where we find our unlikely hero washed up on a shore after a storm at sea destroyed their fleet. The shore, which forms part of the Golden Isle, is where the player will spend the majority of the game, and what a beautiful world it is. Before long, Fenyx is thrust into a grand adventure to help the gods regain their lost powers, ultimately enabling them to stop the evil Typhon. 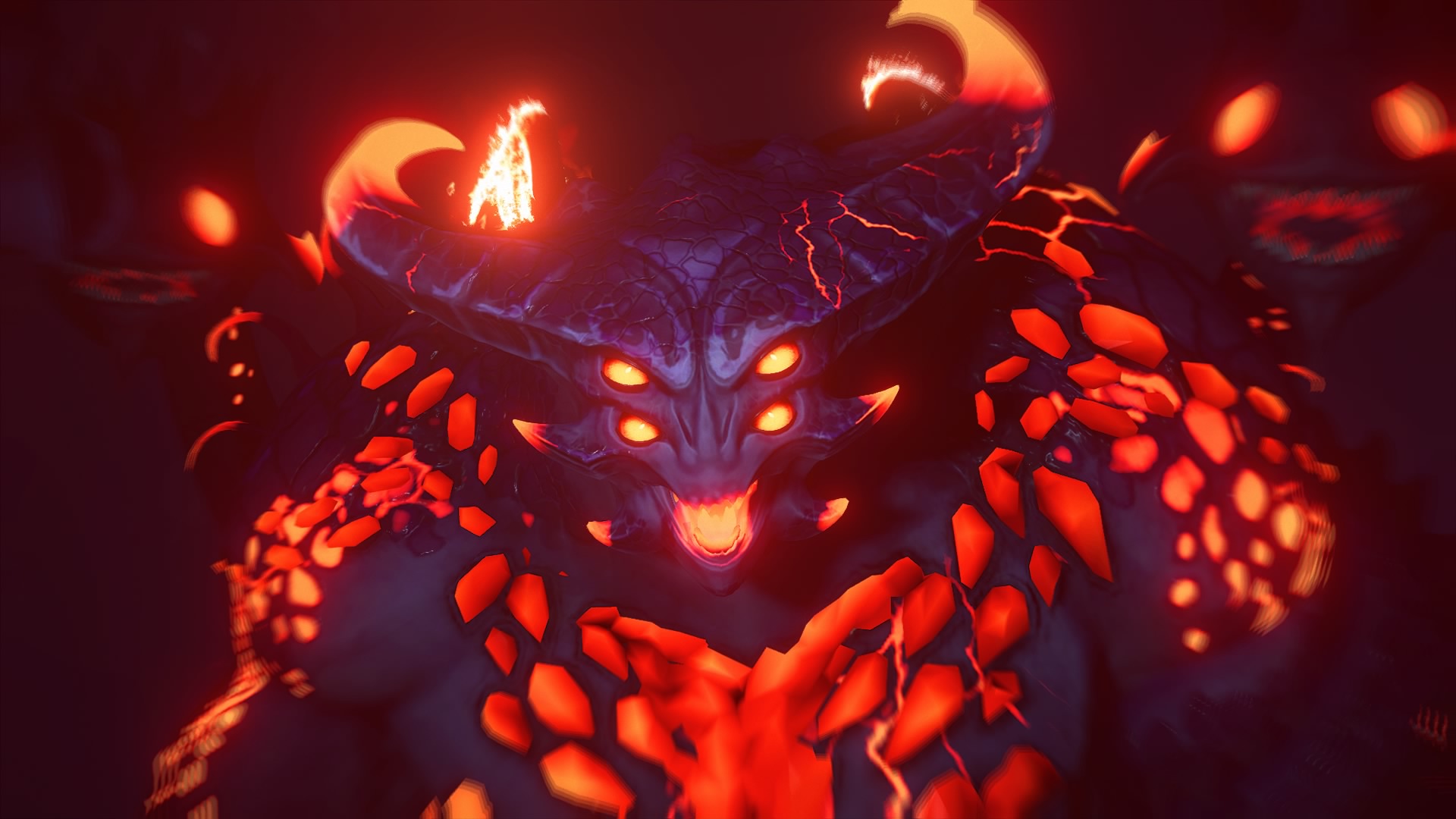 The Golden Isle is divided into seven regions, each region home to a different god. With a region housing a different god, it also changes the landscape vastly. Take for instance The Valley of Eternal Spring, home to the goddess of love and beauty, a picturesque lush landscape with trees, mountains, springs, and flowers. On the other hand, you have the god of war's War Den region, a battle-scarred wasteland who has bared witness to countless conflicts. Whether you glide, run, or gallop through regions, Fenyx will never have a shortage of activities to partake in. Collecting ingredients, consumables, completing quests (both optional and story-related), completing puzzles, and unlocking new armaments all form part of the Immortals Fenyx Rising experience.

Whether you glide, run, or gallop through regions, Fenyx will never have a shortage of activities to partake in. 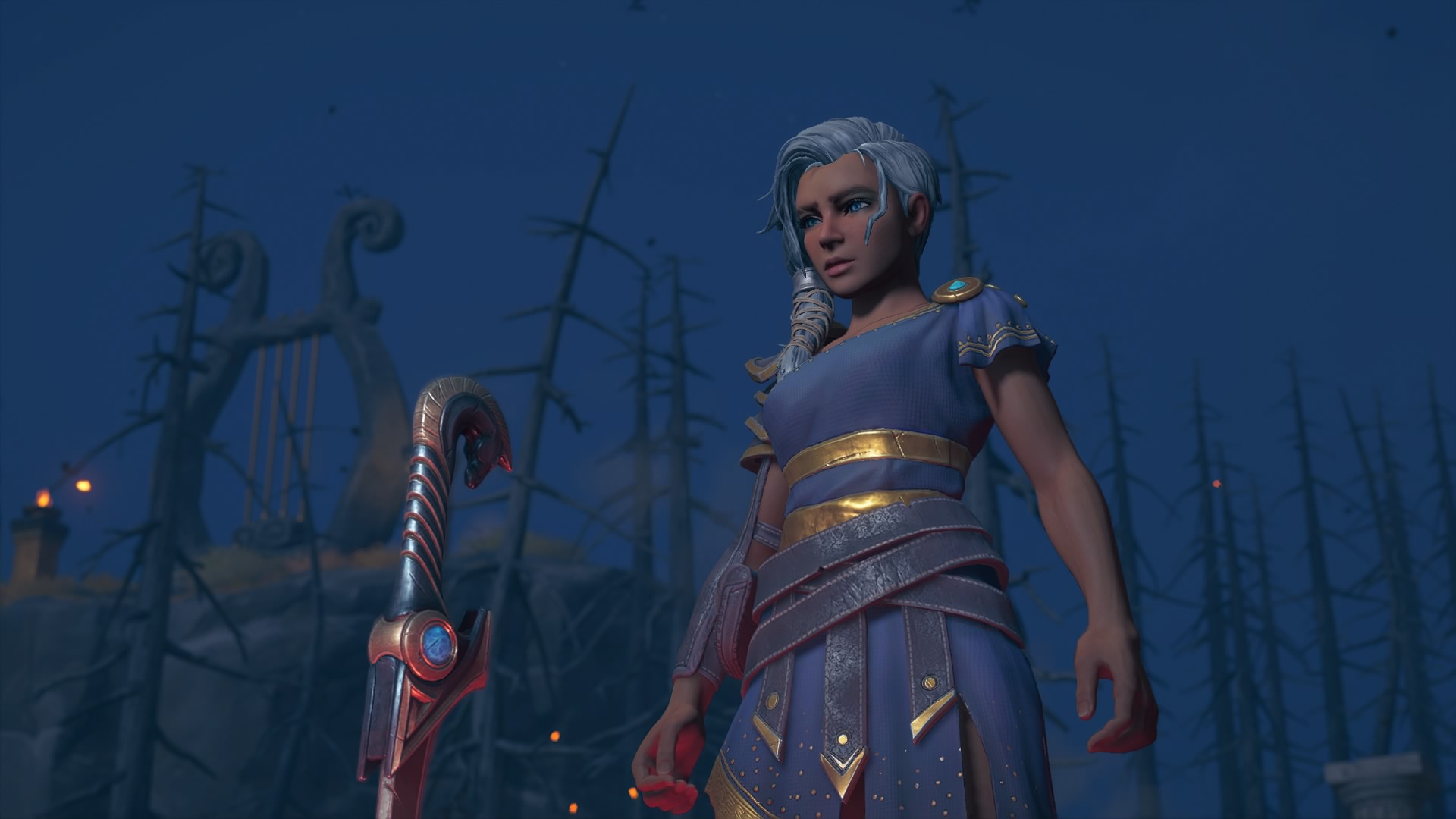 Combat in Immortals mixes parries, dodges, abilities, and timing to create a satisfying loop for players to master. Early on our hero unlocks the Sword of Achilles, the Axe of Atalanta, and the Bow of Odeasues. These items, although basic in nature, can be upgraded throughout the game. Armor pieces can also be unlocked, equipped, and upgraded, with each piece boasting a unique visual style and stats. Sword attacks are fast, while axe attacks are heavy-hitting and build up enemies stagger meter. Parrying an attack also builds up the stagger meter, while a perfectly timed dodge slows down time, allowing Fenyx a great window to deal extra damage. Using these mechanics coupled with the power of the gods makes for a wonderous spectacle on the battlefield. 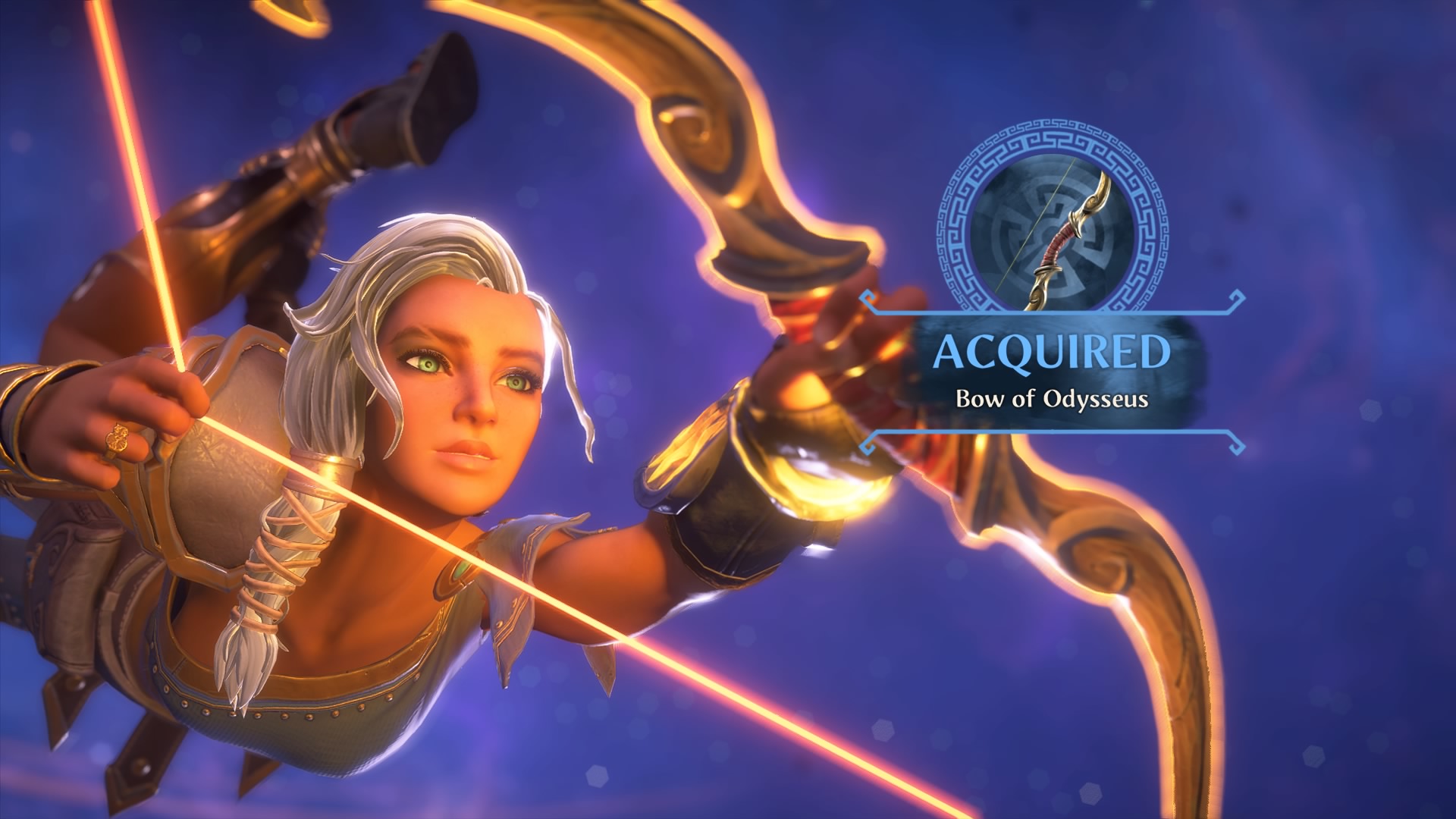 The Hall of the Gods serves as a base of operations for Fenyx. The gods you help will return here after Fenyx has helped them to regain their powers. Other than housing the Greek pantheon, the Hall of the Gods has a number of stations to ease our hero's journey. Channel your inner godhood at the Bench of Zeus to increase your stamina, or toss a coin to the River Styx cistern to empower your abilities. Work as a blacksmith at the Forge of Hephaestus to upgrade Fenyx's equipment, making the trials and tribulations just a bit easier to overcome. 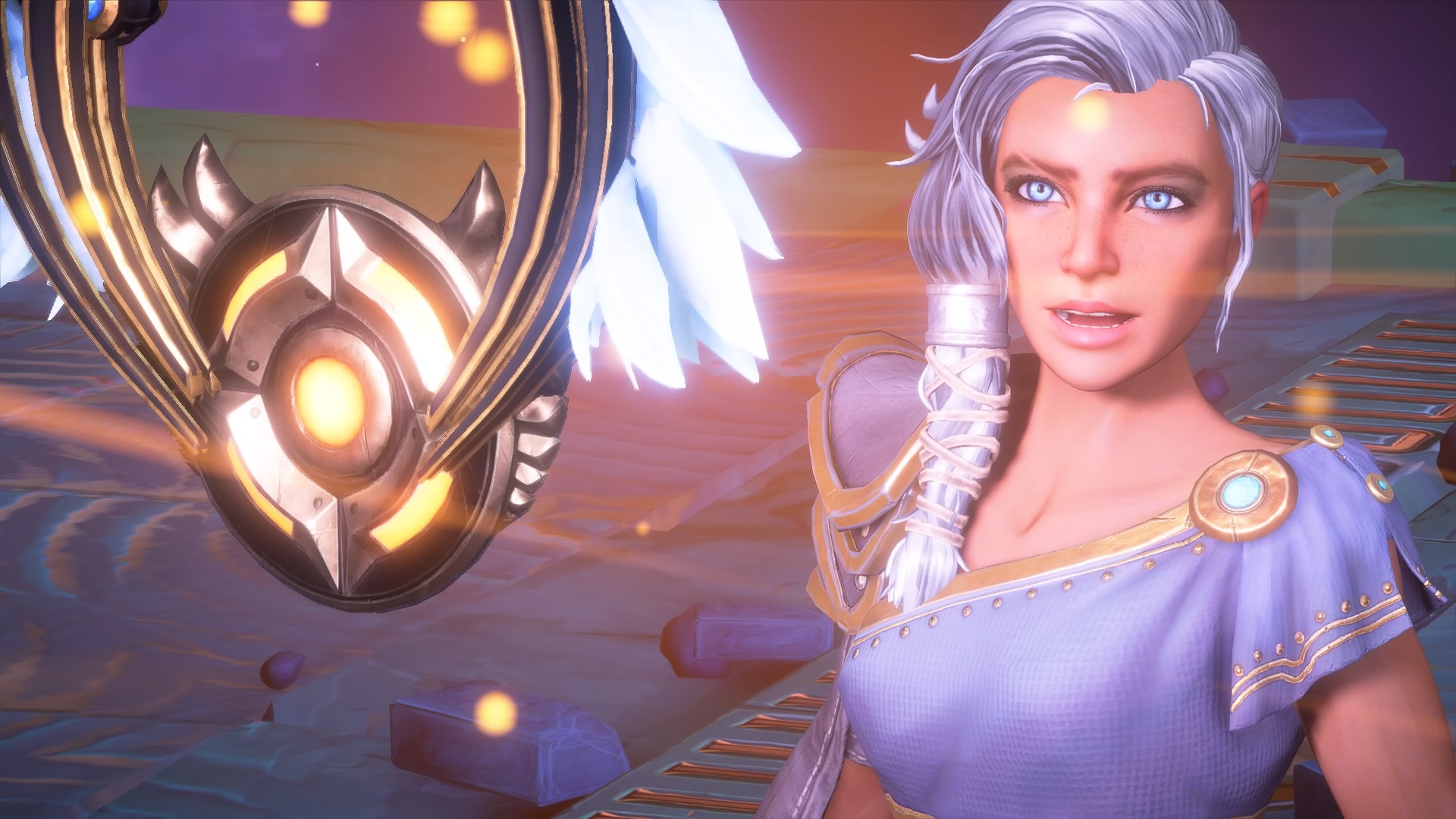 Not only does Immortals sport a well-defined combat system, but it also contracts a number of puzzles. Though most of these are easy to solve, some of the puzzles I've come across had me flexing my noodle for creative solutions. On the surface of the Golden Isle, Fenyx has access to a number of challenges, like a bow and arrow challenge, a navigation challenge, the lyre challenge, and the fresco challenge. Underground, our hero has to overcome the Vaults of Tartarus, a set of puzzles varying in difficulty suspended in a void. At the end of these vaults, Fenyx is rewarded with Zeus's Lightning.

Though most of these are easy to solve, some of the puzzles I've come across had me flexing my noodle for creative solutions. 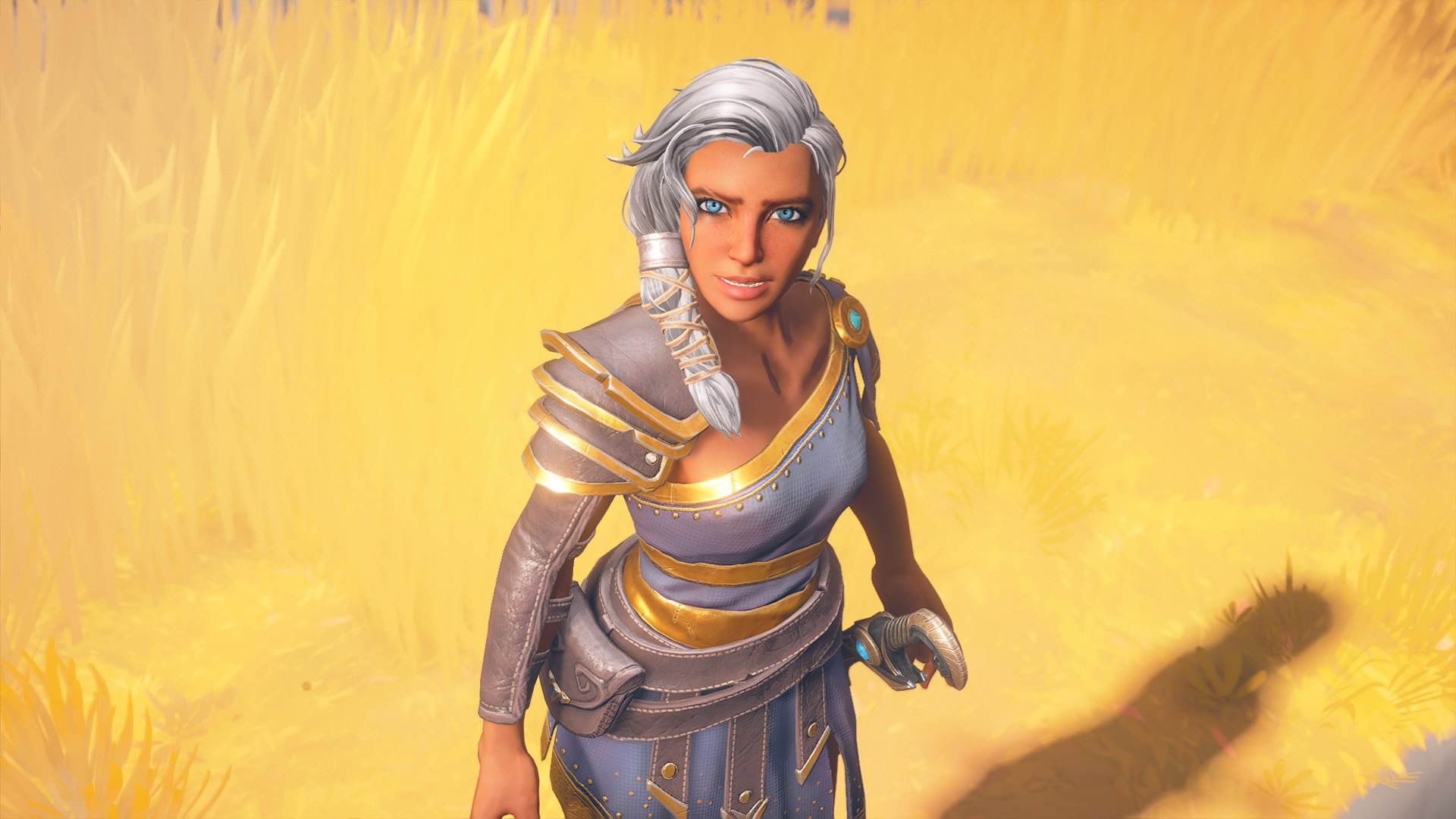 Tying all of these activities together are the two narrators, namely Zeus and Prometheus. Everything Fenyx does, and by default, the player's actions, are commented on by Zeus and Prometheus. It's an age-old concept, but one the writers took full advantage of. The bickering between the two is oftentimes hilarious and provides the writers to create a fresh spin on the tried and tested Greek mythology tropes. Ubisoft could have released an animate short with these two narrating it and it would have been a hit. 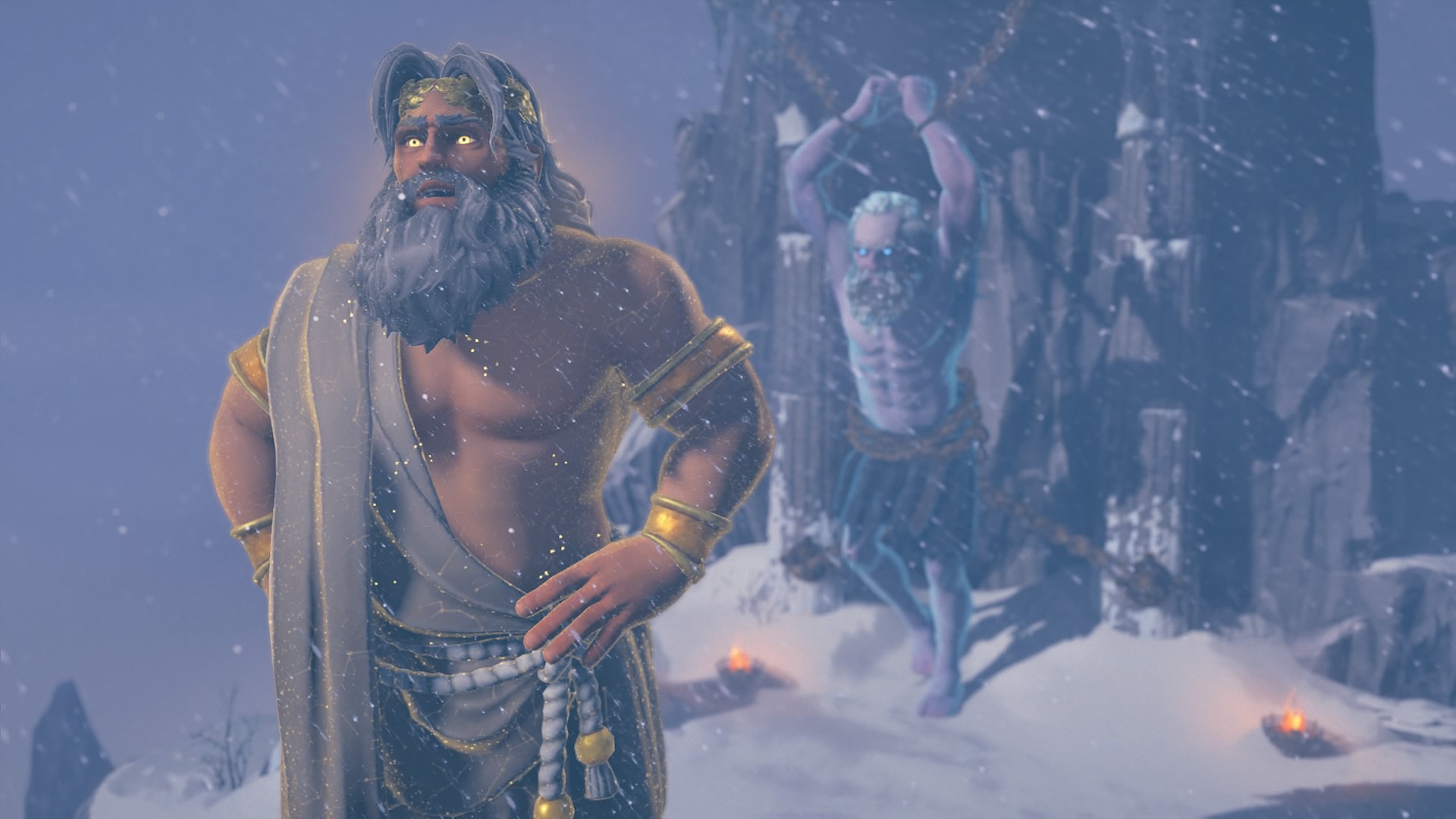 As I mentioned in the opening paragraph of the review, I've always been jealous of the Assassin's Creed fans. Thankfully, Ubisoft Quebec has lovingly crafted a game I can finally be excited about as much as the Assassin's Creed folk. If Immortals Fenyx Rising is to become a franchise for Ubisoft, they can take it in any direction with a vast amount of mythologies to explore. Not only this, but I can see the Immortals brand growing into a game series for prospective fans to look forward to on an annual or bi-annual basis.

Narration of the story

Tebulot
Cosmetic MicroTrans I'm ok with. It's a bit like selling T-shirts at a rock concert. I'm guessing there will be a double XP pack in there as well, but to each their own

KnightFall500
I think I need to play this.

Coffeboy
Game looks amazing, really keen to try it out.

vortex6671
If you take your time to explore properly, I'd say it can clock in well over 30 hours. If you focus on the main you can get away with sub 25 hours.

Tea
@Vincent - what do you expect the average playtime to be? 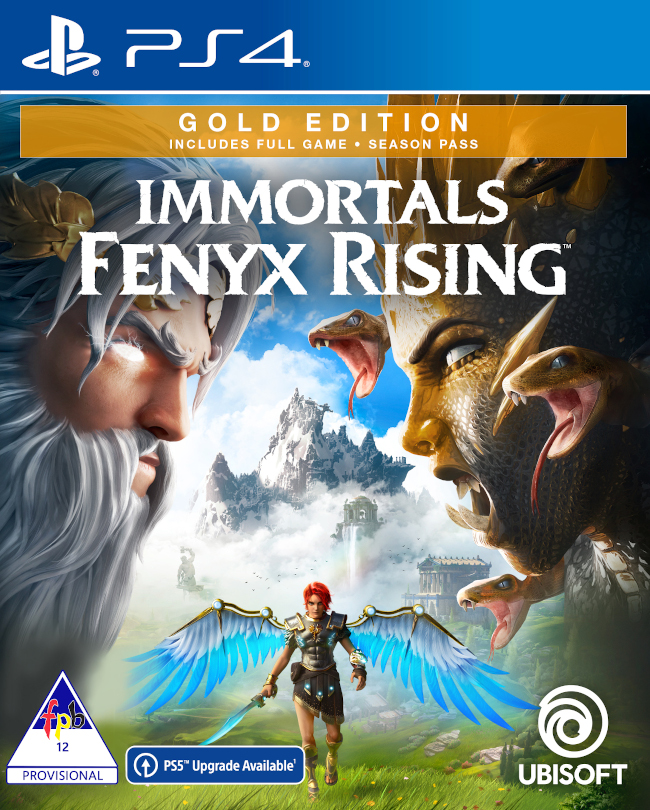