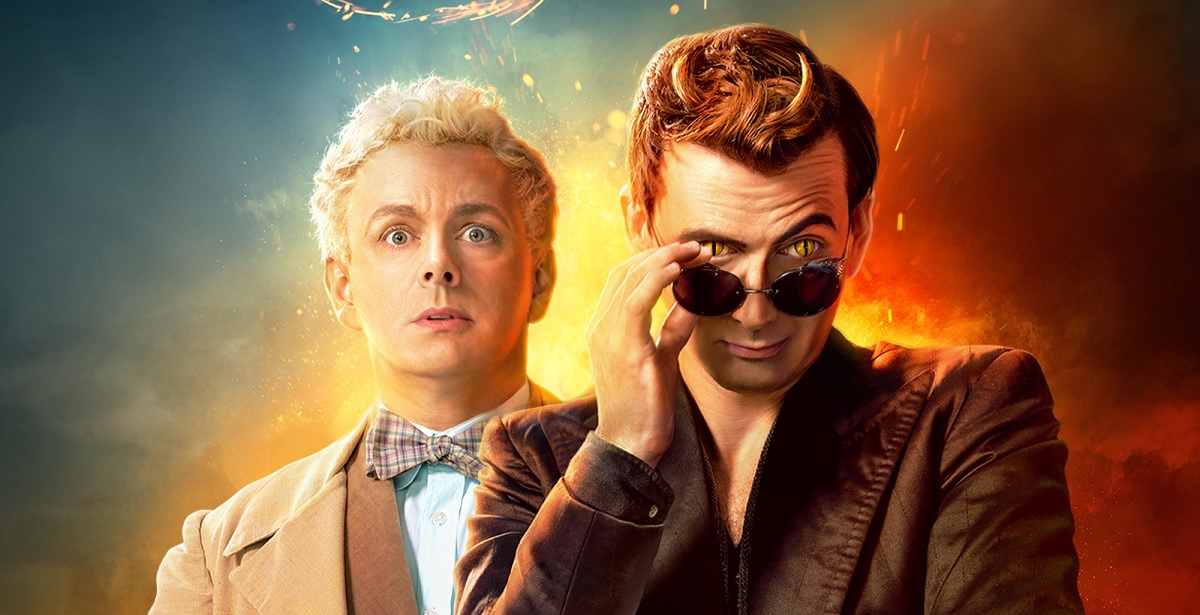 What happens when a demon entrusted with delivering the anti-Christ proves to be more interested in living the good life on earth rather than doing his job of tempting humans and destroying all of creation screws up? Well he teams up with his best friend, who happens to be an angel, and attempts to prevent the apocalypse. Good Omens is the long-awaited adaptation of Sir Terry Pratchett and Neil Gaiman’s best selling novel about the apocalypse and a young boy named Adam Young.

The story is a simple one, the demon Crowley is tasked with delivering the new born anti-Christ to the hospital run by the Satanic Nuns of the Chattering Order of St Beryl. Unfortunately for demon kind, Crowley is lazy, and he happens to hand the child to the dumbest nun in the order, one placed on sandwich duty that night instead of tasked with assisting with the birth of the anti-Christ. She in turn switches the child of the completely ordinary Mr and Mrs Young from Tadfield, Oxfordshire instead of the American Ambassador. Named Adam he grows up in a perfectly stereotypical and idyllic English village instead of in the cloistered confines of a diplomatic mission, being groomed for power and privilege. 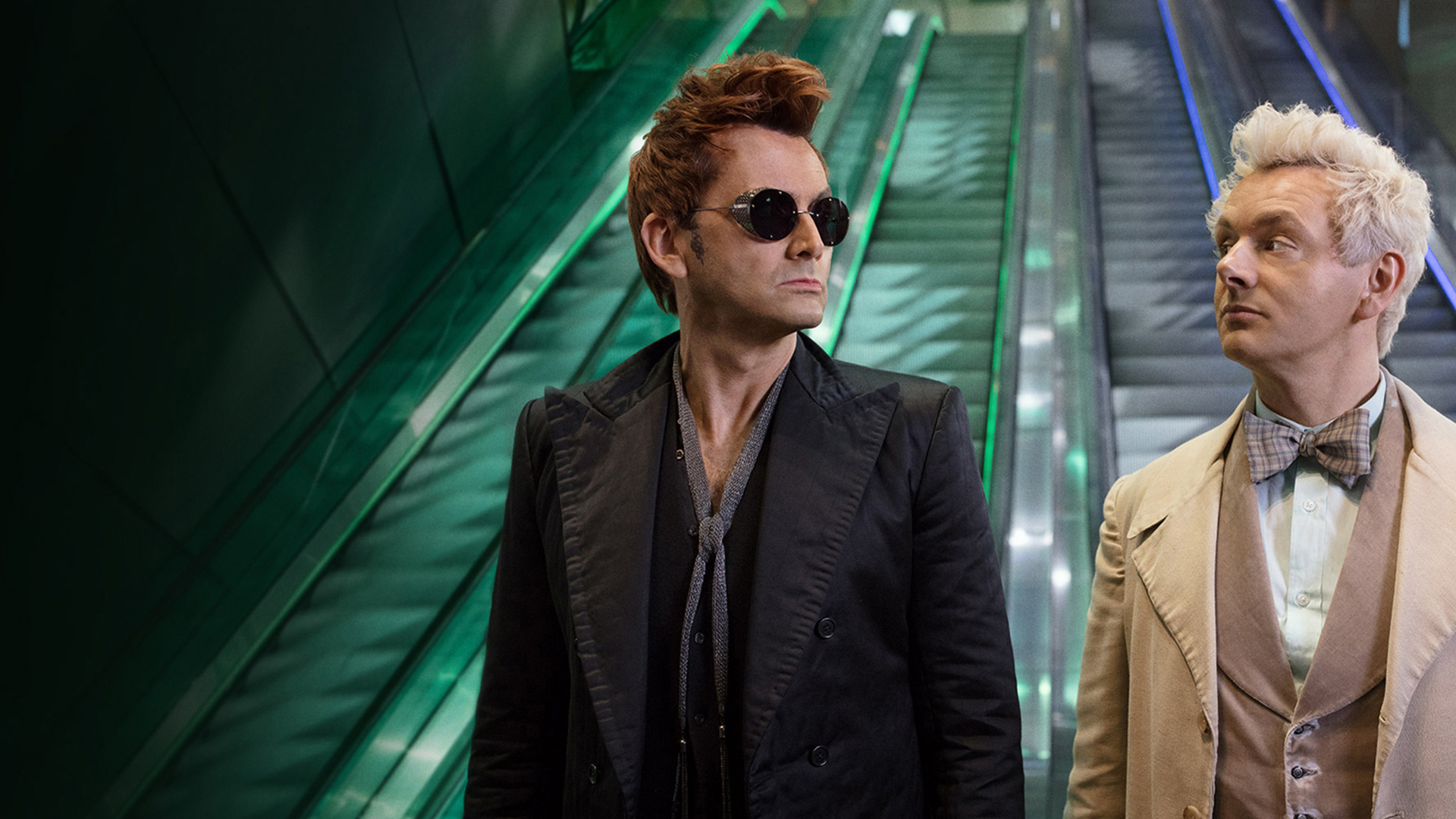 In a nutshell, the show is simply about a demon and an angel trying to prevent the apocalypse because they actually like things they way they are, humans doing humany things like cooking great food and writing books while Heaven and Hell engage in a Cold War of tempting and redeeming mankind in preparation for the coming, hopefully never to actually arrive, apocalypse. Working towards the same goal, but completely independently is Anathema Device, the descendent of the 17th Century witch Agnes Nutter, the only accurate prophet ever born. Armed with her book of prophecies, Anathema meets the young Newton Pulsifer, descendent of the very Witchfinder who killed Agnes as they too work towards stopping the Apocalypse. Caught in the middle is the anti-Christ, Adam Young, a boy who loves his life and village so much that he starts to use his powers, unwittingly, to preserve that life while still kicking off the apocalypse.

The story is a simple one, but with many sub-plots and threads, and the screenwriters have done an admirable job in translating all of that to the screen and in only six episodes. The show moves quickly, yet without any confusion or loss of detail from the book from character to character ad sub-plot to sub-plot. We not only get to see how the main story of the apocalypse plays out, but we watch as Crowley starts out tempting Eve to becoming a lazy, almost good demon in the process of going native on Earth. At the same time, we watch as the good hearted Aziraphale grows fat on crepes as he collects books.

The show moves quickly, yet without any confusion or loss of detail from the book from character to character ad sub-plot to sub-plot.

The performances of David Tennant and Michael Sheen as Crowley and Aziraphale carries the show. They are perfectly matched as the tempting Crowley and the soft appearing Aziraphale as they work every loophole they can find in god’s ineffable plan, by definition an unknowable plan, to prevent the apocalypse. First, they try and teach the boy they think is the anti-Christ both the demonic and angelic virtues and then they try and simply stop the child. The two actors are clearly having fun playing these characters, though Tennant does now and then slip into his Doctor Who persona, as they spar over the relative rights and wrongs of existence and the Cold War between heaven and hell. 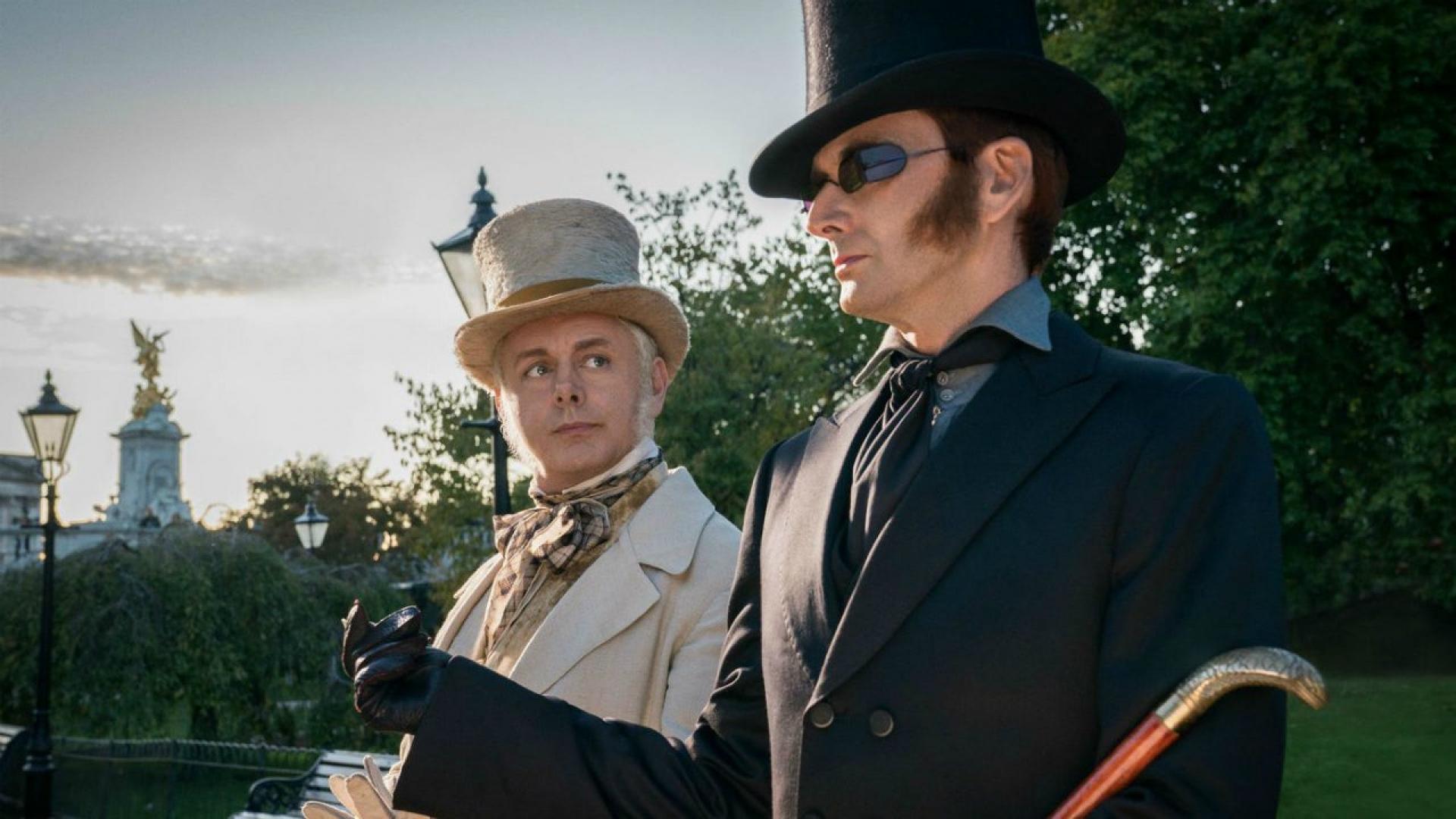 While these two carry the show, they are ably supported by the various actors in smaller roles including a surprising cameos by Nick Offerman as the American Ambassador, veteran comedian Michael McKean as Witchfinder Sergeant Shadwell and Miranda Richardson as his land lady and some time lady of questionable morals Madame Tracy. By far the best of the supporting cast is Jon Hamm as the archangel Gabriel. He is clearly having fun as the man in charge of heaven’s armies, clearly keen on war as a way to settle once and for all which side is the better. His interactions with Aziraphale are absolutely wonderful, especially on earth when he is trying to fit in but simply does not.

By far the best of the supporting cast is Jon Hamm as the archangel Gabriel.

Adria Arjona and Jack Whitehall as Anathema and Newton don’t have as much to work with as the main cast and do a fine job with their respective roles, but when you compare them to veterans McKean and Richardson who have as much material to work with, you realise that they aren’t as memorable. What I do remember of Anathema is the fact that she dresses like a Victorian housewife instead of someone born in the late 90s.

The Them, Adam Young and his gang of friends, on the other hand do very well with their parts, particularly Sam Buck and Amma Ris as Adam and Pepper. As the young anti-Christ, Buck does a stellar job as a child trying to figure who he is and what is important to him while struggling with powers he doesn’t even know that he has. The turn from a normal kid, to despot controlling his friends very movements and words to somewhat mature and independent celestial being is a bit quick, but that is more to do with the short episode count than the source material. 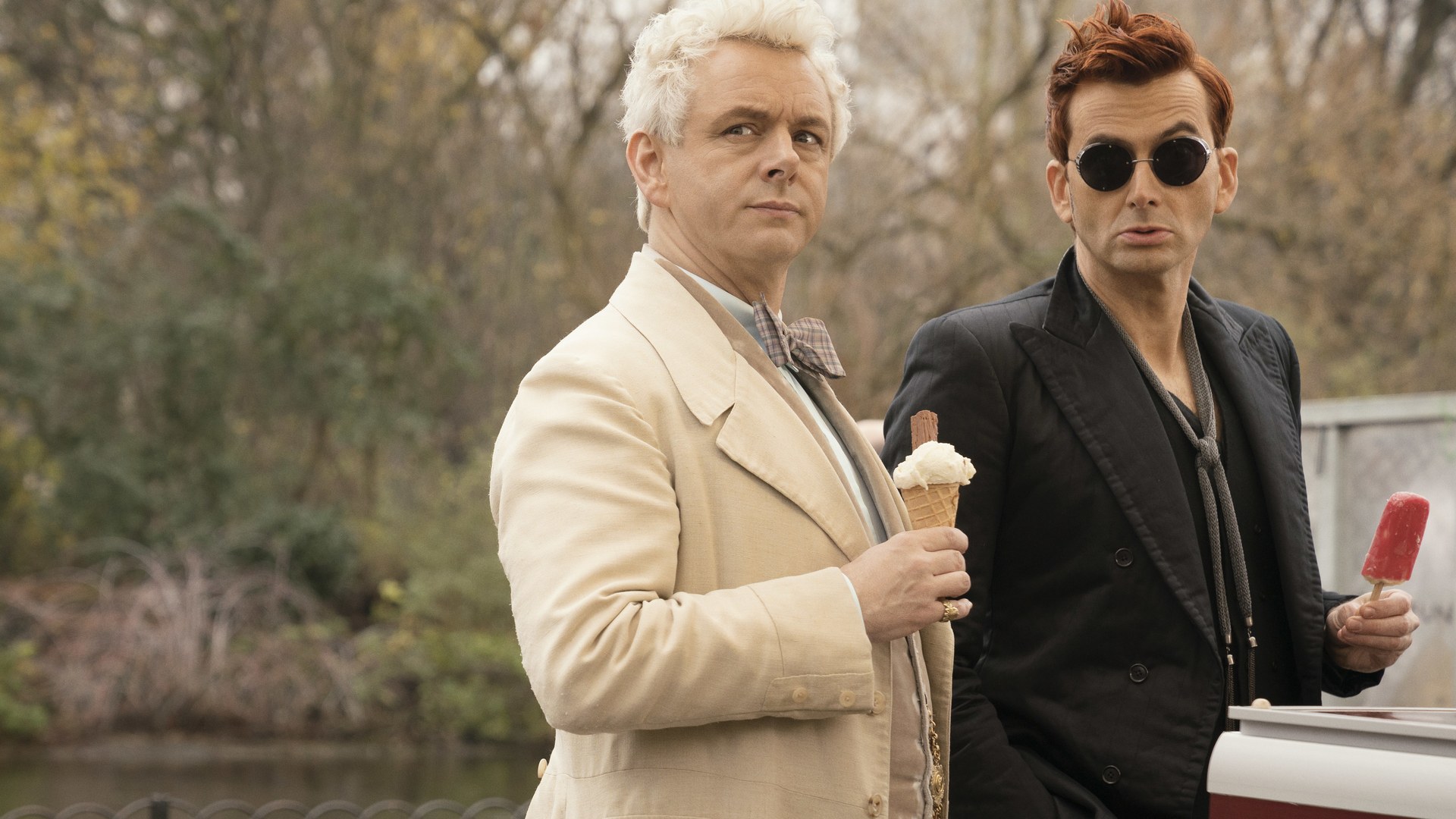 The show’s production values are top notch, as you would expect from an Amazon show with a large budget. The effects are excellent, I dare you to prove that Crowley is not sitting in a Bentley that is on fire. The overall production values clearly distinguish London from village life in little England making things feel more authentic.

Within the confines of around six hours, six episodes, the show faithfully adapts the book from the tone right down to understated humour and intrigue. This is a show made for bingeing as you just want to get to the next episode to see what’s in store, but one that you will regret ending as you just want more. For fans of Sir Terry and Gaiman, this is a near perfect adaptation and one that you will never, ever compare to the book and say, “But the book was better”.
9

A near perfect adaptation

Sheen and Tennant are brilliant

Bob the Third
From the third episode, the series went downhill faster than me on skateboard…. Whoever, the unicorn joke was funny…