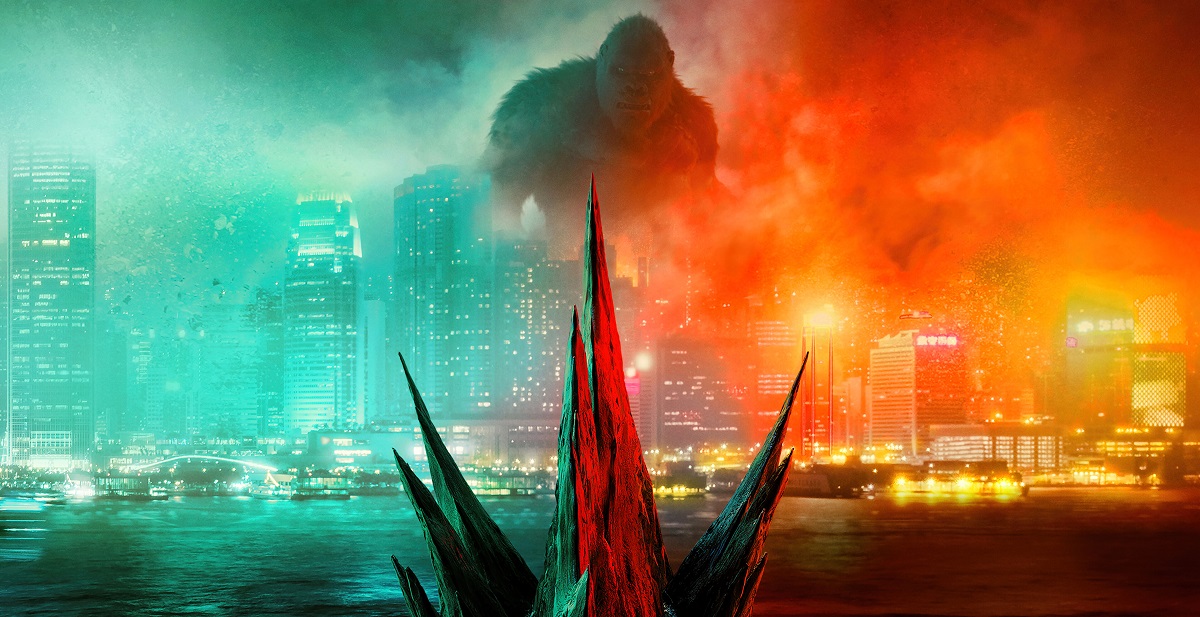 It is always advisable to tread carefully when a film’s title screen includes the word “versus.” Godzilla vs Kong is no exception as it pits arguably the world’s two most beloved giant monsters (sorry Nessy) against one another in a messy, clichéd, generic, and poorly connected monster mashup that will likely leave you feeling invested, entertained, and satisfied. This is the Burger King Whopper of big budget films; you will probably like it, but you know it is not something classy. 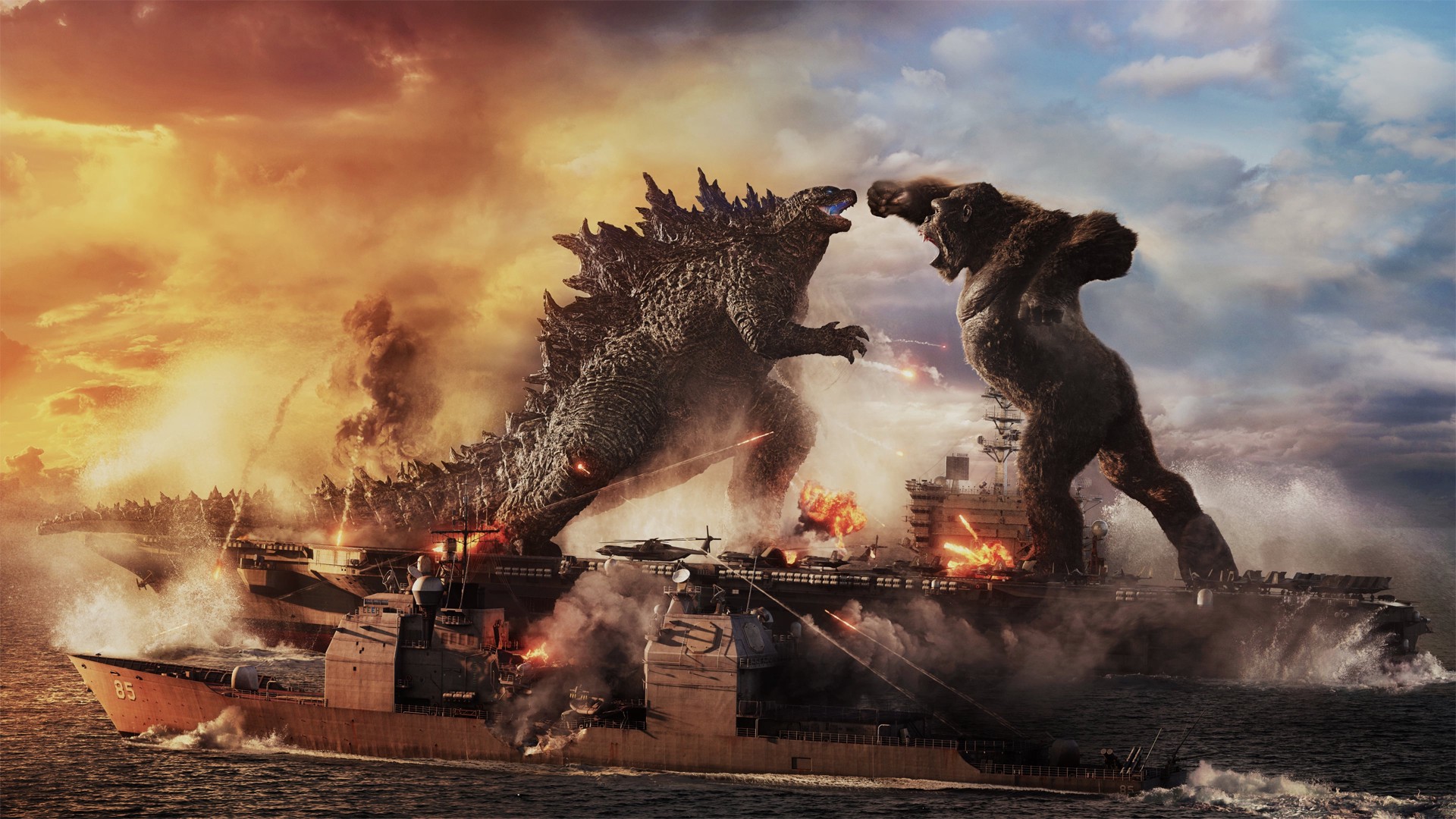 Godzilla vs. Kong's plot is exceptionally convoluted and tries to cram story arcs that could comfortably be expanded into their own full-length films into one liners that characters explain away with extreme leaps of logic. Entire characters exist in the film with little to no development or relevance to the story and could have easily been absent without hindering the storyline in any meaningful way. Glaring plot holes and head scratching decisions made by the characters litter the narrative as the film passes by and any sort of science or technological consistency evaporate from scene to scene.

Somehow, this adventure ends up as a serviceable platform for the titular monsters to shine.

It would also be advisable to see the previous films to understand who the characters are, but even then, so many of the previous films' original plots and characters are totally missing or irrelevant… Yet somehow you are still able to get the idea, the plot is generic enough to know what the stakes are without ever having characters express it well and the journey you are taken on is regularly memorable and exciting. The scenes are well shot and the characters relatable and likable. Somehow, this adventure ends up as a serviceable platform for the titular monsters to shine. 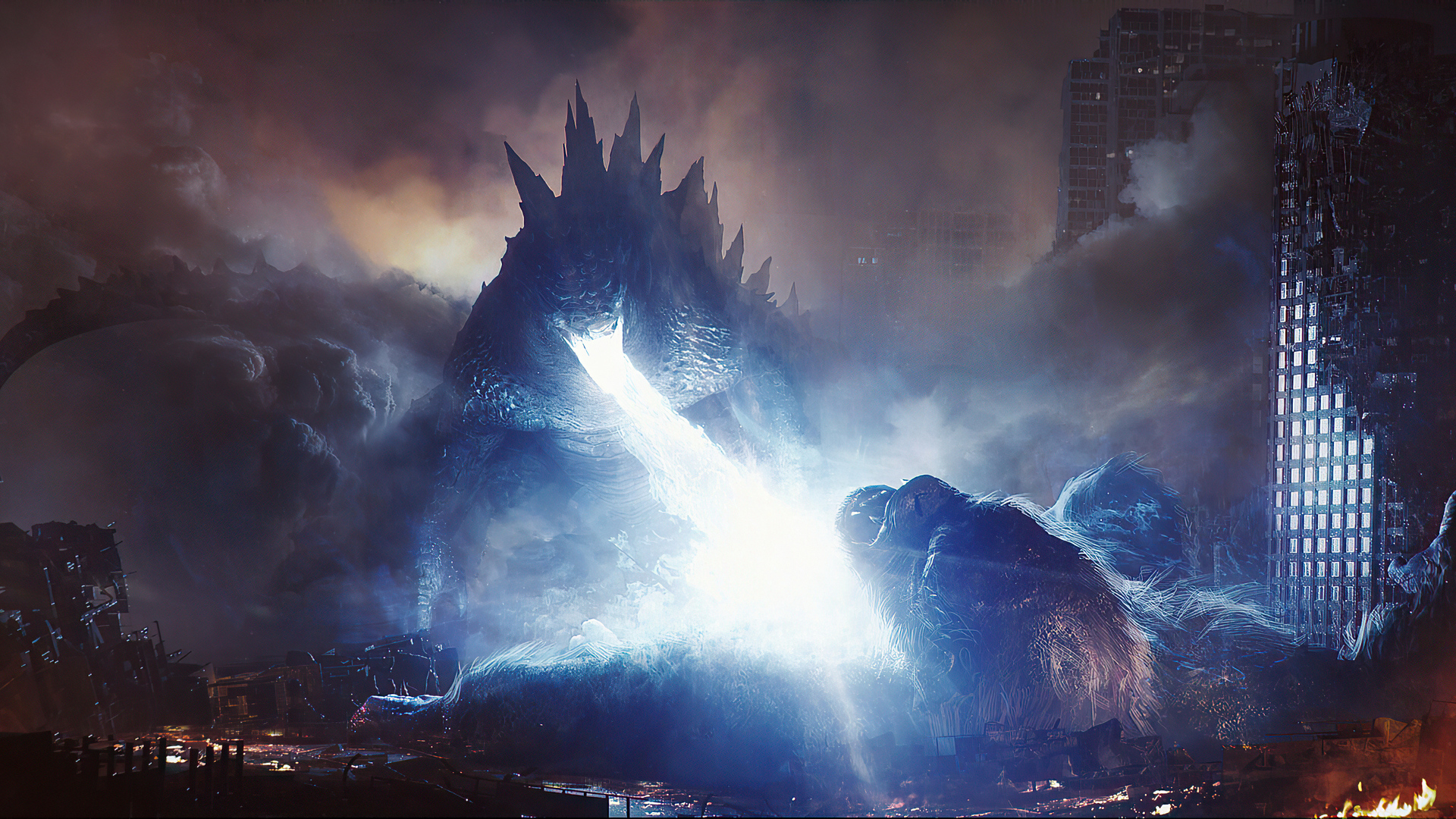 Two parallel stories are told on two quite different scales. Unfortunately, these two stories are not equal and one is discernibly better than the other. As with the trend of this film, there is a silver lining as the inferior story does act as a very necessary guide to the events that are occurring and manages to remain interesting at the very least throughout with short-lived moments of brilliance.

The acting is hit and miss throughout the film with a particular note to Millie Bobby Brown’s moments of both overacting and underacting. Her scenes seemed jarring, as she would react explosively to basic conversations and robot-like to moments that you would expect more animated responses, but she was not alone in this manner as most of the actors displayed this behavior throughout the film. It is likely that the cutting room floor holds many secrets, but the result is a portrayal of characters that act convincingly, yet totally out of tune to the events going on around them. There are specific scenes that, in hindsight, are criminal, with major players standing around watching events unfold that they could have, and will have, direct influence of the outcome. 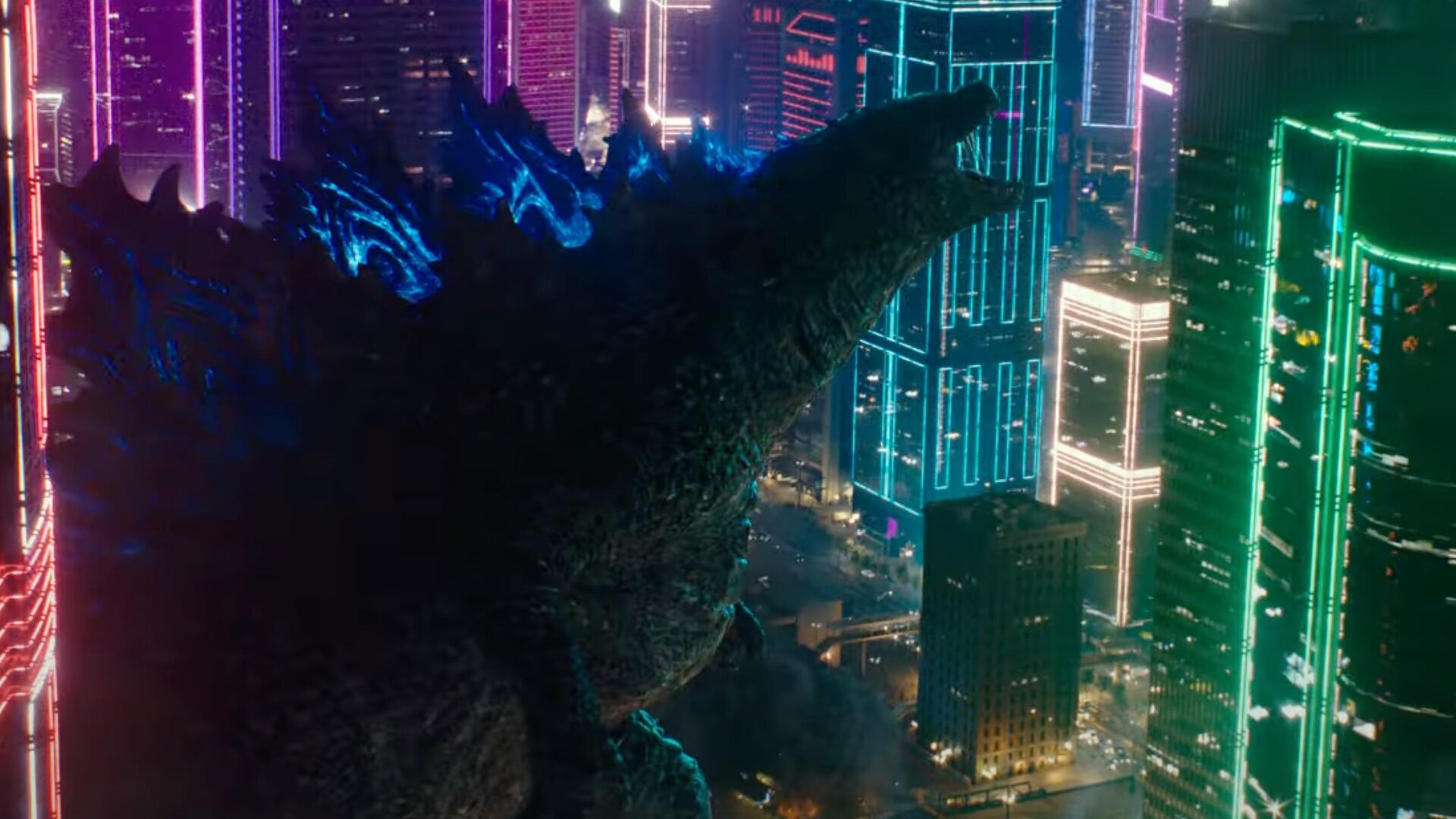 Then there is Alexander Skarsgård’s Dr. Nathan Lind. Skarsgård manages to portray a morally grey character that makes decisions that feel real and are not simplistically good void of any negative connotations. Yet these decisions are exactly the decisions a reasonable human being would likely commit to. It is refreshing and an example of how characters should be written, characters that can make the right decisions, the noble decision, without dire consequences and without being 100% exempt from unfavourable outcomes.

Kong is obviously a centerpiece of the plot and was exceptionally well-executed.

The real MVP of this film is undeniably Monkeh. Kong is obviously a centerpiece of the plot and was exceptionally well-executed. There are times when he seems regal, times when he seems cute and times when he seems threatening, all without ever feeling out of place or unexpected. Kong is fantastic as he shares these real-life attributes of a great ape, but on a much larger scale. Kong’s story is the one you are most likely to connect with and has a genuine relevance to his real-life counter parts - powerful, intelligent creatures that still need our love and protection. 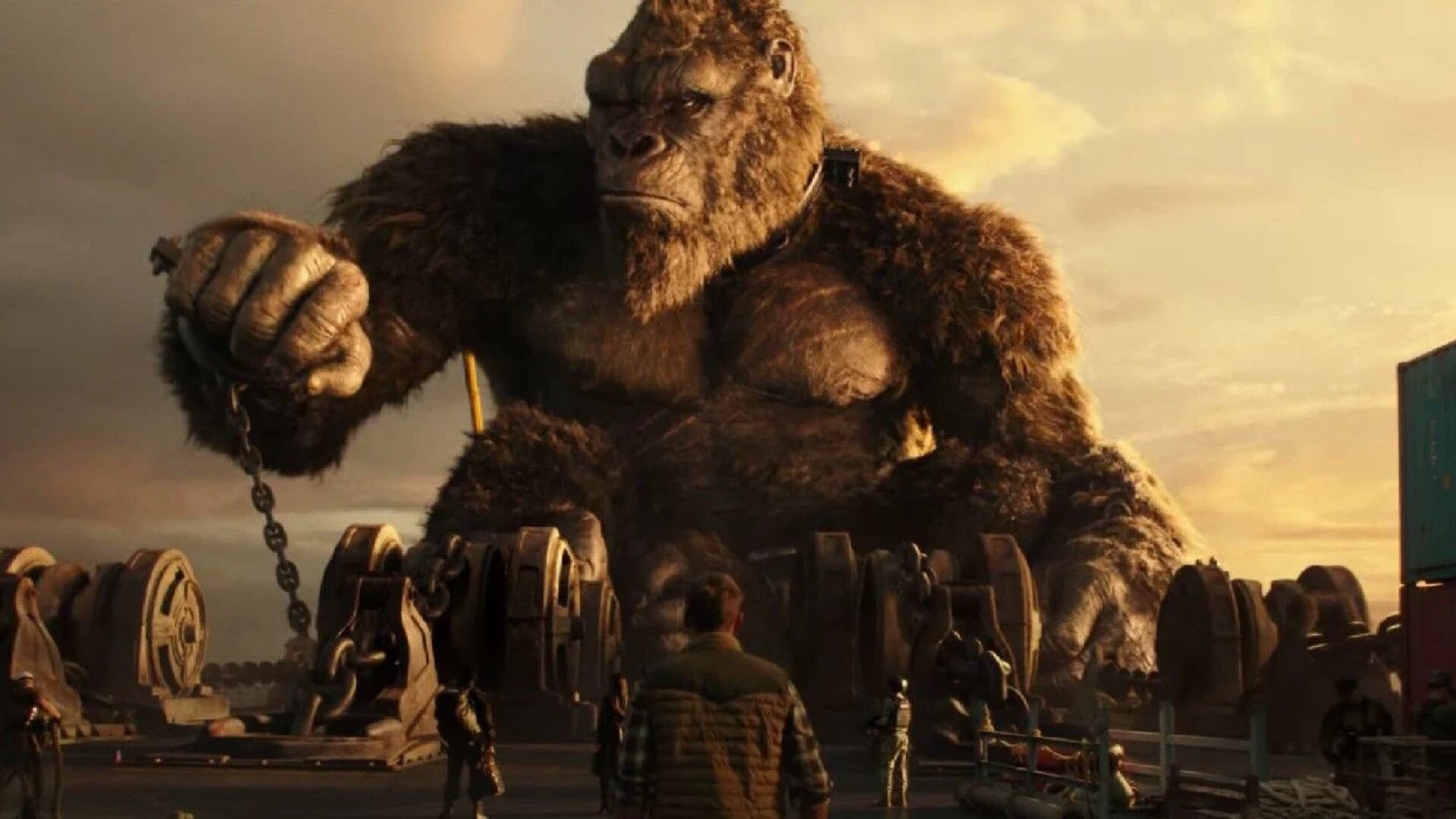 Bringing both Kong and Godzilla to life is no mean feat as they tear through buildings and oceans alike. The team behind the CGI are very deserving of praise as the world, creatures, and technologies they create all activate your imagination and allow you to invest in the on-goings of the film without ever breaking your sense of immersion. The sizes of the creatures do seem to fluctuate considerably, with Kong in particular seeming to adjust his scale to the occasion. An issue the hardcore Godzilla or Kong fan may already have expected.

The film sets up a conclusion to the MonsterVerse that may have been more of an afterthought than a thoroughly designed concept that links itself together cohesively, but as is the common theme, it does enough to wonder where they could go next with the franchise and I look forward to it.

Godzilla vs. Kong is likely to be polarizing, with people who absolutely love it and those that cannot bear to sit through the entire thing, but I do feel that most viewers will find the former the applicable interpretation. If you can permit yourself to enjoy a movie for what it is, perhaps accompanied by a large popcorn, then Godzilla vs. Kong is a perfect guilty pleasure.