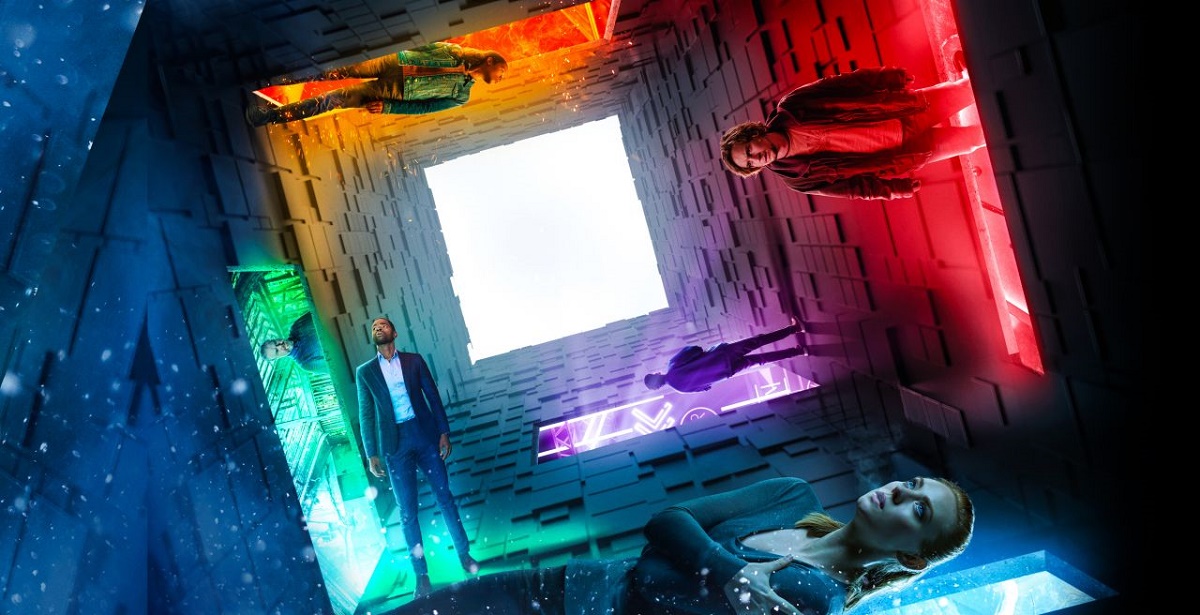 Escape Room promised a psychological horror experience, looking at the story of six individuals who need to work together, in order to survive a series of lethal rooms. Interesting, I thought, let's go give it a try.

A good horror film these days is few and far between, with the original slashers such as Halloween, Nightmare on Elm Street, and Friday the 13th still topping the list. Modern horror/thrillers I have enjoyed include Stephen King's IT, No Good Deed (starring Idris Elba), and even The Conjuring (although, not a great movie but I am a pansy). I was excited for Escape Room, because one reason why many of these movies stuck with me, is the psychological impact behind it. My belief, and I'm sure many of yours too, is that a movie isn't scary when you watch it; only afterwards, when you can't sleep because it's still clawing in your mind, that's when a movie is scary. 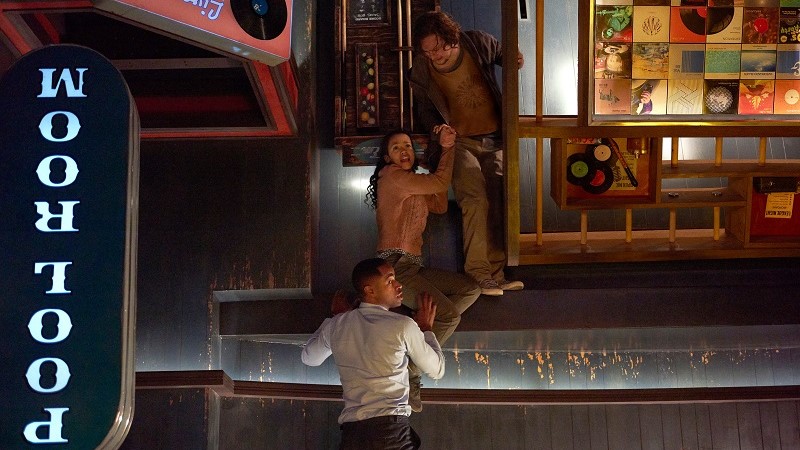 So, when I heard that Escape Room was going to be a psychological horror, I was incredibly excited. We got into the theater, started munching popcorn, and took an anti-anxiety tablet, just to prevent a heart attack.

Escape Room started off brilliantly; the cliche method of setting up characters in their mundane lives gives us a look at three out of the six characters. We see a nerve-wrecked college student, a down-on-his-luck shift worker, and a top-of-his-game businessman. They all receive a mysterious box from a trusted person in their lives, offering an invitation to an escape room experience for a chance at winning $10,000. Moving forward, the story kicks off in a heart-beat, and although predictable (because we have been desensitised to these things), it was still a thrilling moment to watch. Within moments, there is panic, hysteria, and confusion; finally, here we go. 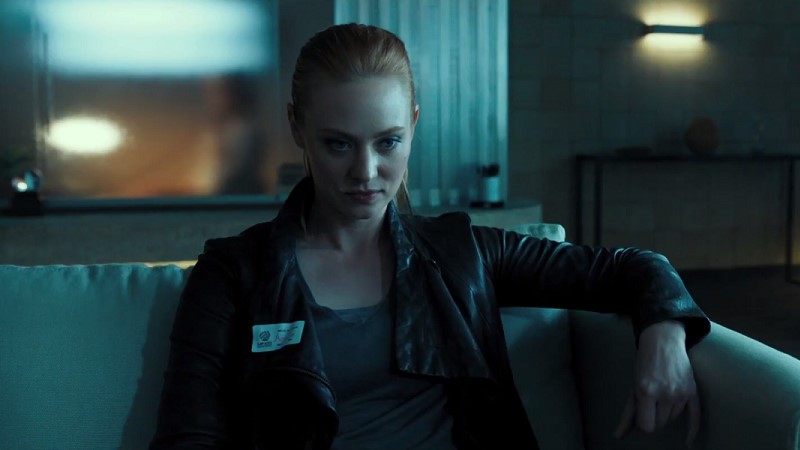 Before we go on, I will not delve into story spoilers. The action kicks off and is pretty much non-stop tension. The characters take a while to realise just what is going on, but more out of denial than true confusion. It was great to see this, because most horror movies suffer from the "confused group of rational adults that legitimately do not know what is happening". These folks know what's up, but they are in denial, as would most of us, I think.

The fluctuating pace kept my eyes glued to the screen, as it wasn't a methodical breakdown of the characters, but more of a real-world narrative unfolding.

Each room is tied to an experience that a particular character has had in their past, and although the movie doesn't explicitly tell you exactly which character it is, the director and writers have done an amazing job at letting you piece it together. Some characters had this played out in a single scene, whereas others had this played out over two or three. The fluctuating pace kept my eyes glued to the screen, as it wasn't a methodical breakdown of the characters, but more of a real-world narrative unfolding.

Speaking of, the narrative was actually promising (unlike most horror movies), albeit, slightly far-fetched. The narrative was being built, piece-by-piece, but unfolding on its own, at the same time. The pacing of the story was great; it started off slow, ramped up, and then never lost the intensity. Also, rather than building up more and more, the story heightened in a matter of minutes, where one moment it was still chucking, and the next, it was at top speed. For me, this is what a horror/thriller should do; just drop you in the deep end after slowly walking to you to the edge. Unfortunately, this was sorely unfulfilling, but I will get to that later. 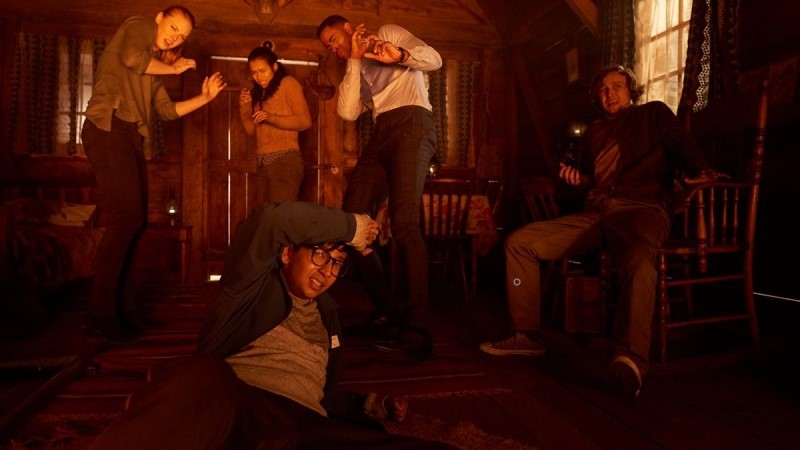 Character build-up was also remarkably well-done. Each character was given more than enough screen time to share their backstory, but with relevance to the narrative, instead of just shoving in the time that their sheep died and they were really sad about it. Some characters fed into the stereotypes (the businessman), as he believes that "he doesn't play video games because he's too busy having sex with real females". Naturally, I grunted at his statement, and I felt a sense of joy when he came to rely on the "gamer" character to survive. Personal feelings aside, I really enjoyed the characters and the roles they all played within the context of the story, as they balanced the narrative out well, and gave a satisfactory amount of relief and grief when certain actions took place.

The puzzling was actually brilliantly done, as the puzzles were simple, yet elegant, and crafty. Again, leaning into the stereotype of "the really smart person will solve all the clues", but each member added their share of execution and clue-finding (even if they didn't know it). However, upon reflection, it wouldn't make sense for the "smart character" not to solve them, as it would be unbelievable for her not to get any of them right. However, as I said, the remaining cast added their execution and dramatic moments. The actual puzzles were fun to try to figure out before the movie (even though I was wrong), it was nice to have the challenge while enjoying the film. Furthermore the puzzles were elegant annogrammes, keywords, number combinations, and simple enough for them to be believable.

An almost "cop-out" ending was given...

Now, for the bad. I hate this part because Escape Room was genuinely shaping up to be a stellar film, and was on its way to redeeming the horror industry of late. First off, the narrative was abruptly cut, butchered, and turned comical towards the final 30 minutes of the film. After one scene, in particular, turned the tides (for me, at least), I was able to move on, look past, and wait, in anticipation, for the climax. Sadly, that never came. An almost "cop-out" ending was given, and the final villain (and I say this ironically) was made to be this "elusive shadow figure", but in a comical, diabolical way; like something Dr. Evil would cook up to get rid of Austin Powers. 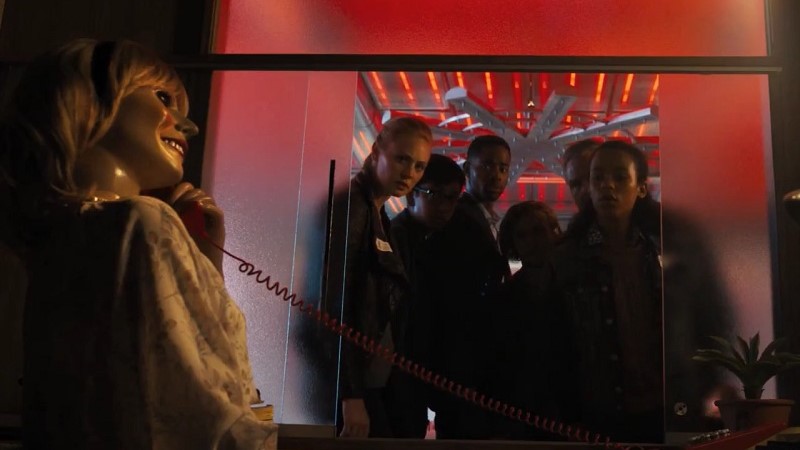 The biggest problem with this is that it cut the tension that the entire film had done so well to build up, as if it meant nothing. The ending felt rushed, but at the same time, out of place, because it was reminiscent of Final Destination, and the looming threat would obviously set it up for a sequel. This is usually fine, but in Escape Room, it felt as though they had ended the film (properly), went back, realised they can make another in future, then cut the original ending, filmed a rushed sequel setup, and just clipped it onto the end. Put simply, the ending felt more like an ending to an episode of Scooby-Doo or He-man; the bad guy is thwarted but they will return next week with another zany scheme to defeat our heroes.

The problem with this kind of ending, is that it undermines the entire narrative, and the events that have come before. The film no longer has a serious purpose, as it has all become comical; the characters and their efforts mean nothing; and the consequences of their actions are washed aside. Leaving us dry would have been better than simply cutting all that the film had worked, and done so well, to achieve. 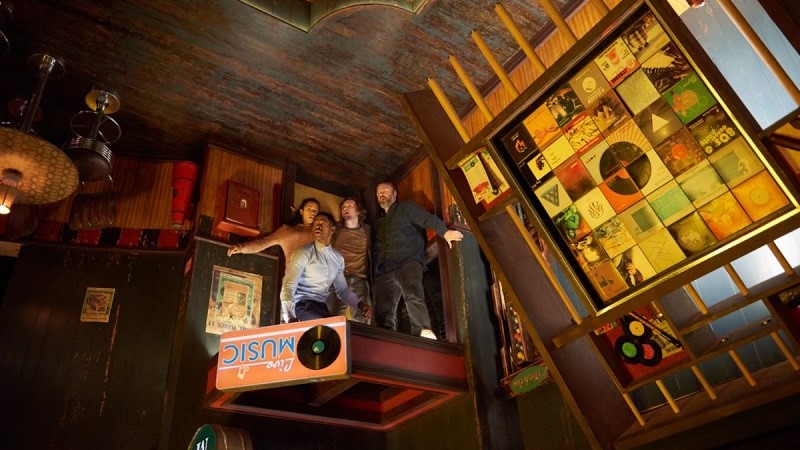 Ultimately, Escape Room showed such promise, and was finally a redeembable title in the horror franchise. The narrative was shaping up to be fantastic, the characters were well-developed, and just enough so that it didn't became a telenovela, along with a good pace. The abrupt ending unfortunately destroyed the still building tension, cutting viewers off from the climax in favour of a generic horror sequel set-up, while making it comical and undermining the film's efforts thus far. It left Escape Room in the same boat as the horror movies before; adrift in a sea of wasted potential.

Good tension (in the beginning)

Gripping narrative (in the beginning)

Far too comical for a thriller

Felt as though the third act was missing