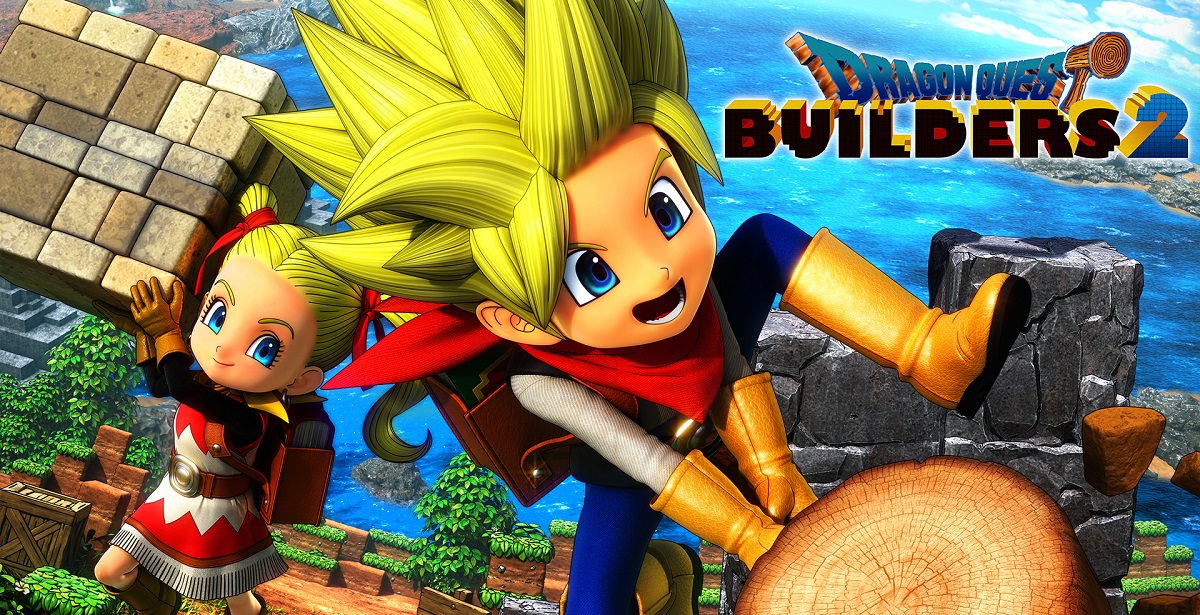 Back in 2016, fans of both sandbox games and the Dragon Quest series got something they didn't know they actually wanted: Dragon Quest Builders. This sandbox action role-playing game checked all the boxes on a Minecraft checklist while bringing the undeniable charm of the Dragon Quest series with it. Now, fans of the first game can finally get their hands on the sequel, titled Dragon Quest Builders 2. The second entry in the series offers a much more refined game with loads of new additions, simplified mechanics, and a boatload of quality of life enhancements. 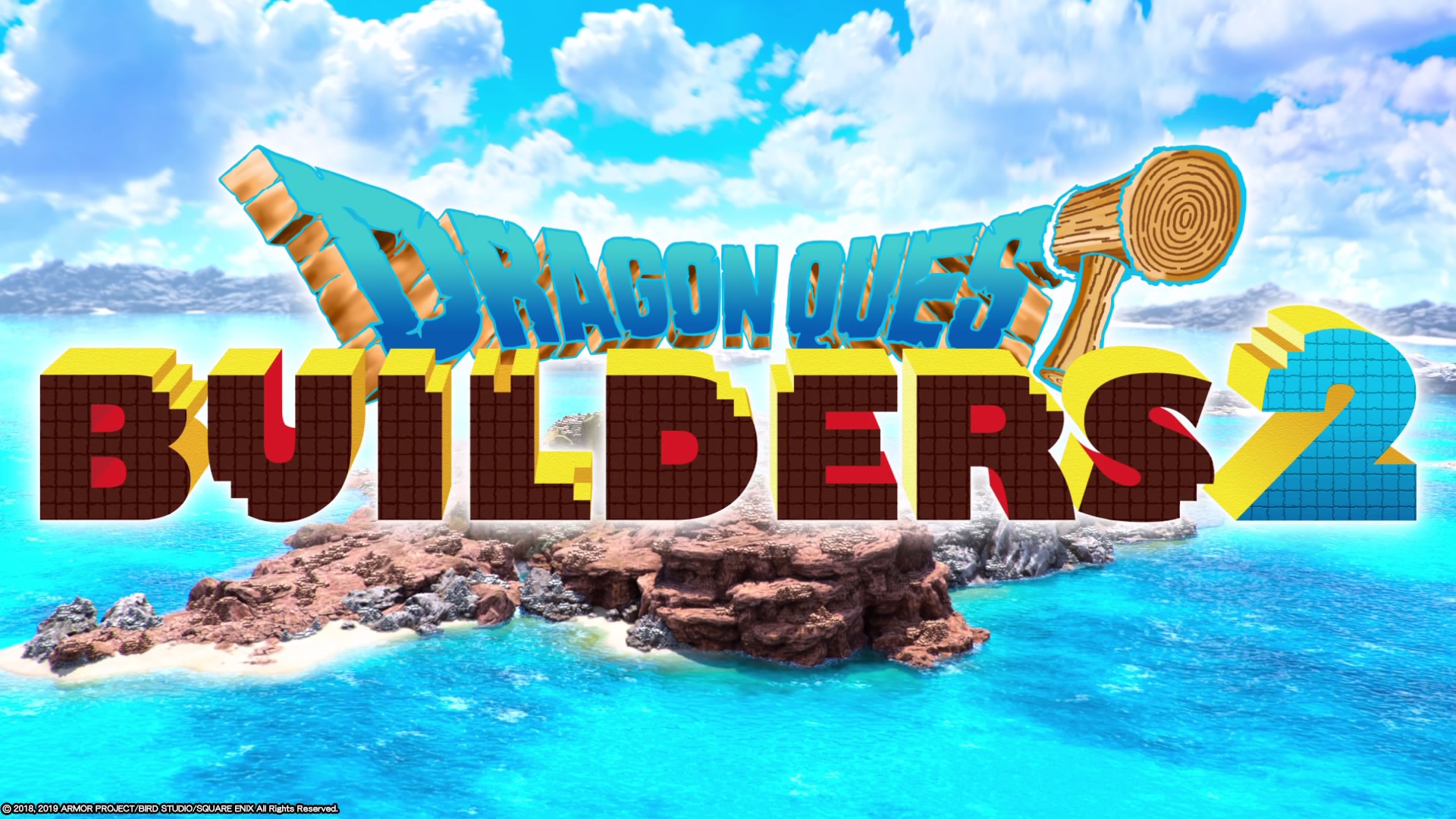 Small tweaks to the established formula make for a whole new experience. No longer do you have to remember what NPC's want during a quest. Items you need to create are marked in your builder page with a sticker, making the slog to and from NPCs less frustrating. A tiny new addition is the ability to make multiple items, of the same sort, at once. Small indeed, but it removes a big annoyance from the game. Swapping between your tools on the fly is another streamlined addition, making the gathering, building, and "earth moving" much more convenient. The addition of swimming, diving and using the Windbreaker to glide to far off islands opens up the sandbox in unexpected ways.

You are offered the chance to soar to distant landmasses, dive into underwater caves, and even swim to small remote islands.

No longer are you bound to explore the flat horizon. You are offered the chance to soar to distant landmasses, dive into underwater caves, and even swim to small remote islands. These abilities give the sandbox environment more of an open-world feel. Not only this, but the action of placing down blocks have been improved. Never did it feel like the code didn't know where I wanted to place a specific block, decoration or something in between. 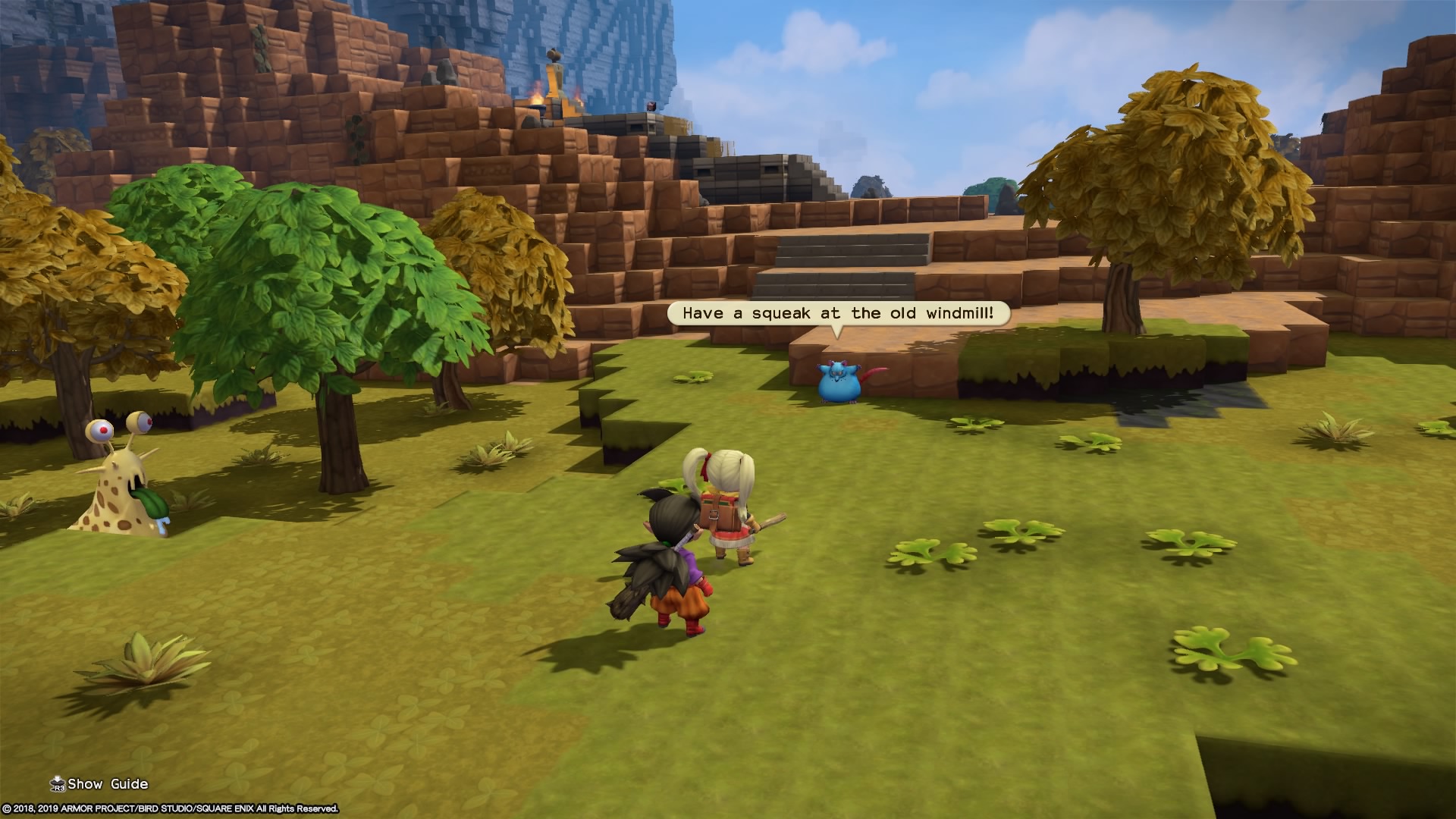 Two great new additions to Dragon Quest Builders 2 is the NPCs willingness to build structures for you and the farming of the crop. As in the previous title, your builder can unlock blueprints for structures and buildings. Having the required material for constructing the blueprint comes with a great benefit: NPCs will actively take the material from a chest and start building the laid-out plan. Not keen on building a particularly large blueprint from the ground up? No worries, place the required material in a chest and let the villagers do it.

Farming works in a similar fashion. Each seed has its own requirements to grow healthy. For instance, cabbage can be planted directly into fertile soil, while tomatoes require planting poles and a mote of water around it. The harvested crop can be used for a number of actions, most notably for cooking and consuming to keep the hunger meter under control. 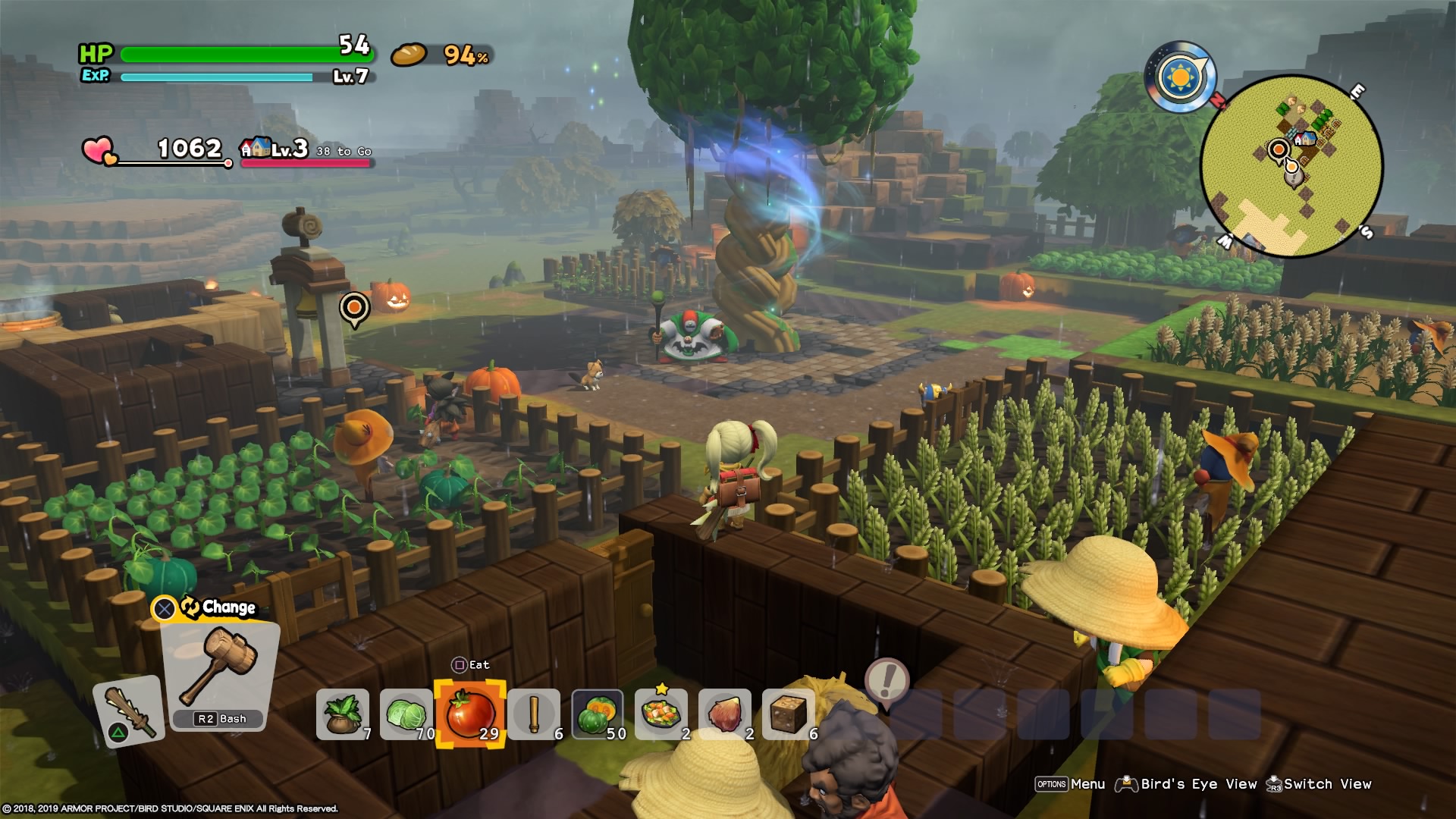 Another big draw Dragon Quest Builders 2 has over its predecessor is the multiplayer component. You and up to three friends (party at maximum capacity with four players) can team up and build grandiose structures, or even towns if you so choose. You can also visit other non-friends worlds to experience their genius constructs first-hand. If you like a particular blueprint in another players world, why not scan it and build it on your own? Note that you cannot carry over or accidentally "deconstruct" another player's hard work. It's a small addition to the formula, but one that will without a doubt breathe longevity into the title. 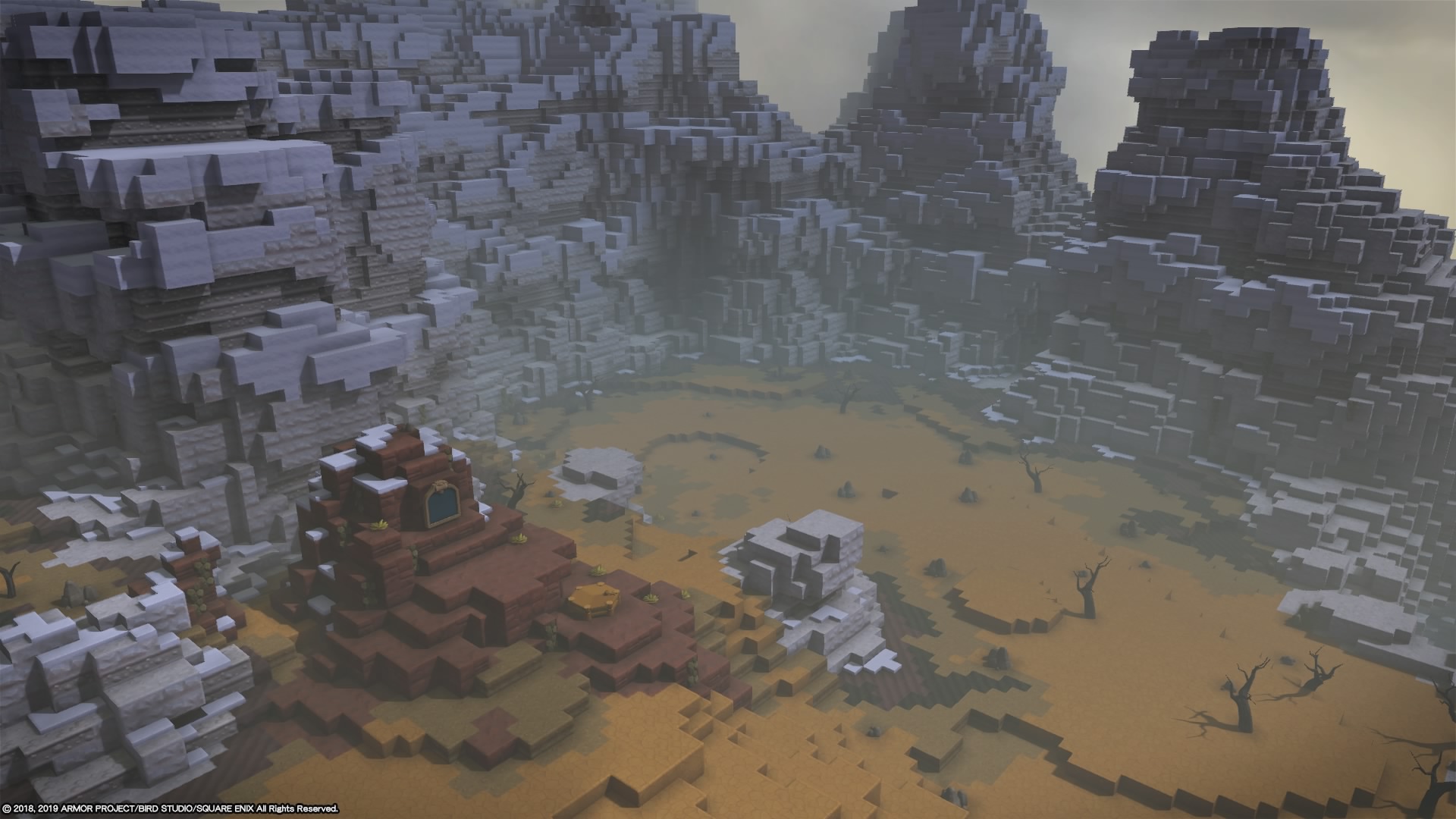 The story very loosely follows that of Dragon Quest II. I use the word "loosely", loosely here, though. It follows the structure of that story but places its own spin on top of it. The story is once again beautifully presented in the beloved Dragon Quest style. Although the game had three art designers, the signature Akira Toriyama character design is at the forefront. The characters in Dragon Quest games have always looked adorable, even more so when they are scaled down to builder-size. While enjoying the striking designs in Dragon Quest Builders 2, you will no doubt recognize Koichi Sugiyama's score. Sure, previous Dragon Quest sound effects and tones make a return, but the score is as inspiring as always.

Although the game had three art designers, the signature Akira Toriyama character design is at the forefront. 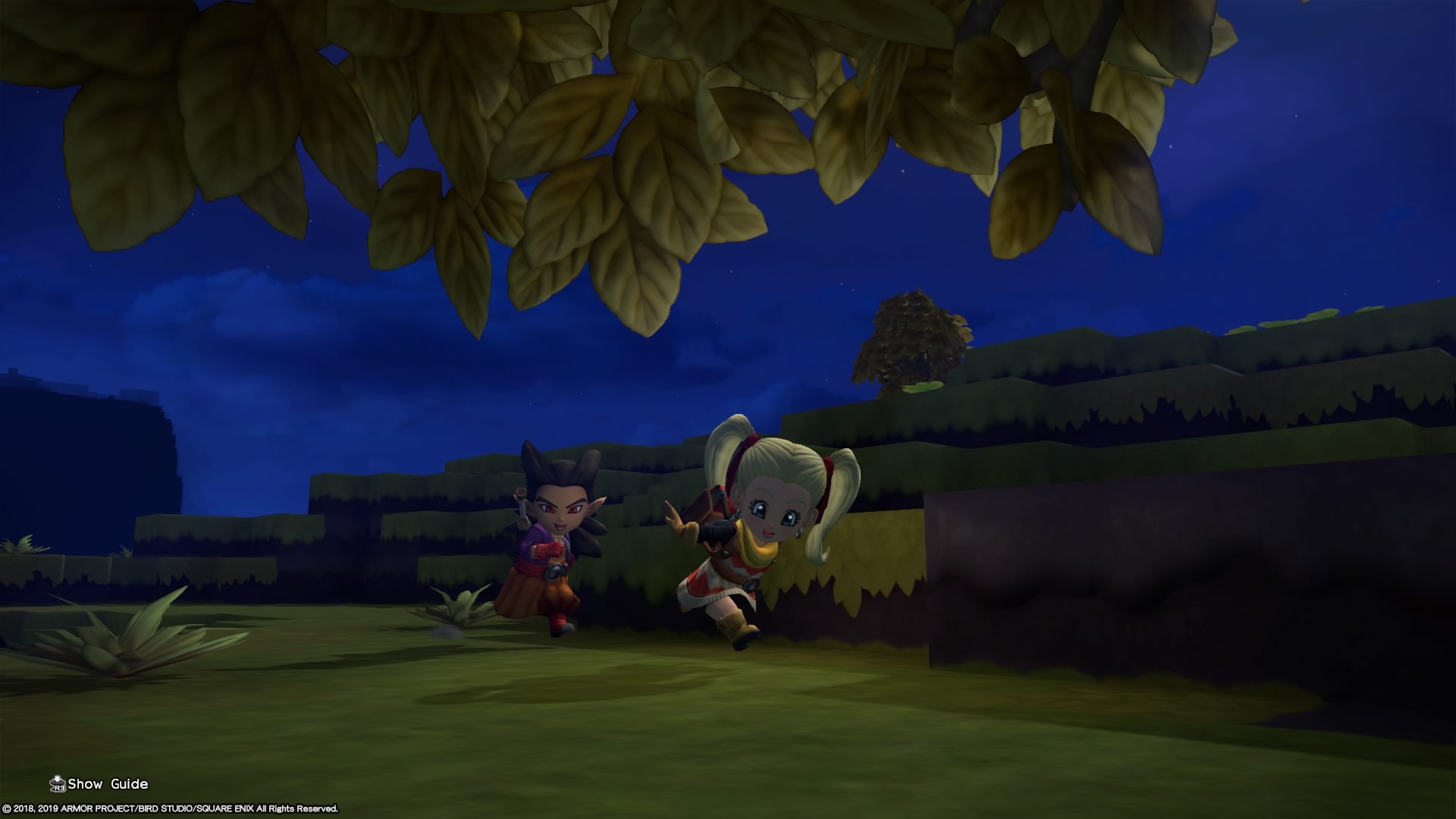 The combat has largely remained the same, to a degree, that is. It has, however, also been improved slightly. Your builder will no longer suffer automatic knockback when you touch an enemy, so you can now get up in its adorable face and smash it. The pace at which you acquire new gear and weapons have been significantly improved. In the first Builders game, you essentially got some of the best gear extremely early in the game. In Builder 2, these pieces of equipment are dolled out at a steady pace, leaving your builder well-balanced throughout the campaign.

The annoying frequency of monster attacks has also been toned down in the sequel. They still storm your town frequently, but never to an irritating degree. These combat encounters also feel like less of a chore with all the improvements the sequel has over the first. In the first game, you had to "start over" after each chapter, which was an irritating feature in itself. Dragon Quest Builders 2 thankfully does away with this, instead, letting you rebuild other islands while improving your own afterward. You never feel like everything is starting afresh, to be honest, it purveys a sense of progression instead. 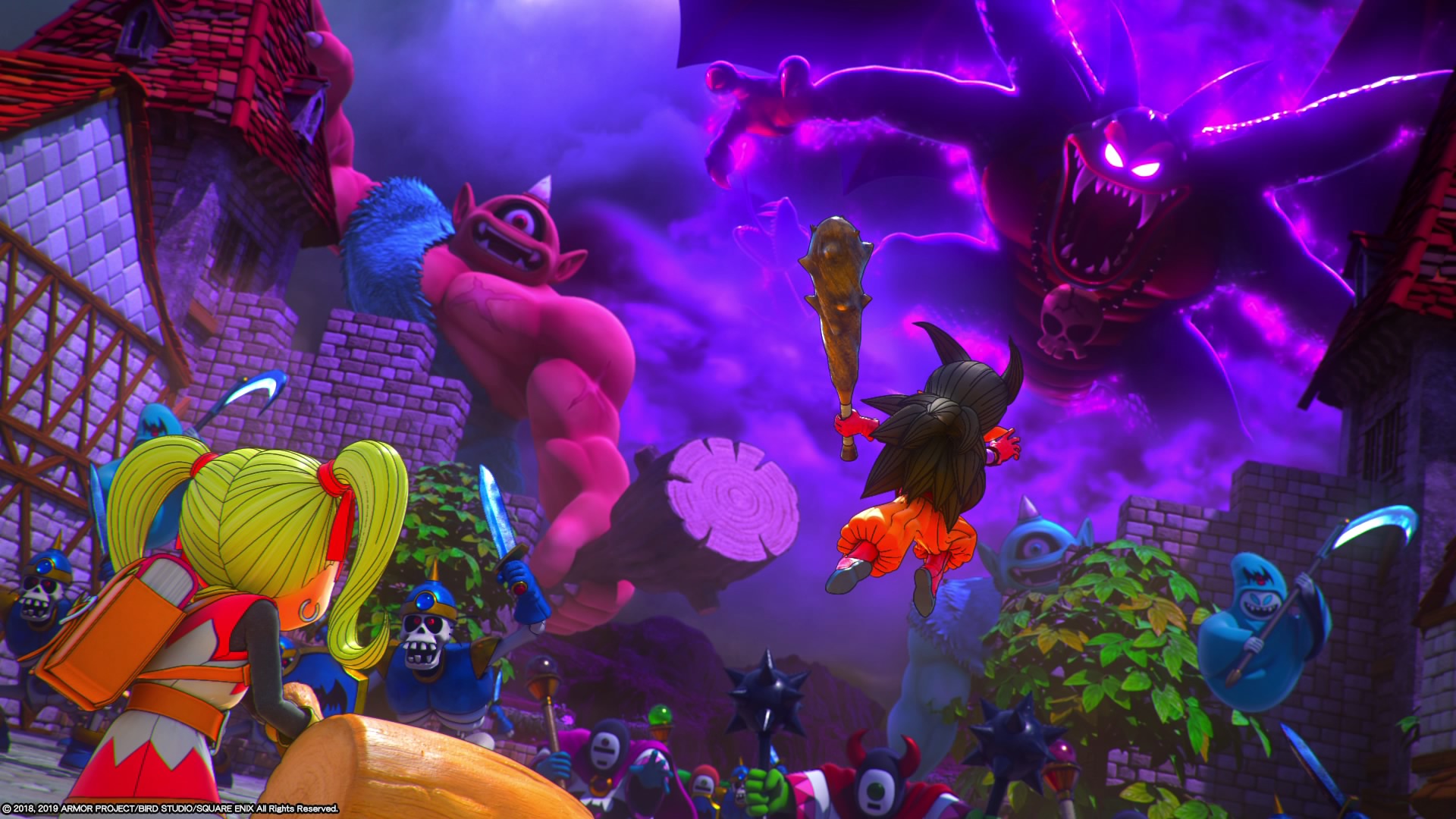 Dragon Quest Builders 2 is everything one could hope for in a sequel. Bigger environments, better gameplay mechanics, and a bunch of quality improvements. This makes for a better, more refined experience. The inclusion of permanent fast travel points make the game more fluid, but it still sometimes asks you to revisit the same area multiple times back to back. The writing is once again spot-on, poking fun at a wide array of mannerisms and pop culture icons, enough to be kid-friendly and to make parents chuckle at times. I thoroughly enjoyed Dragon Quest Builders 2, so much so that I am already keeping my fingers crossed for a possible sequel.

vortex6671
They did away with the chapter "restart" in this one. To the extent that it feels like one continues game, instead of a chapter based game.

TheOneMCMK
So the chapters no longer make you start from scratch every time? Sweet!

But to what extent because they kinda just killed the game for me, after the first town I felt no attachment to the next because it would just be abandoned 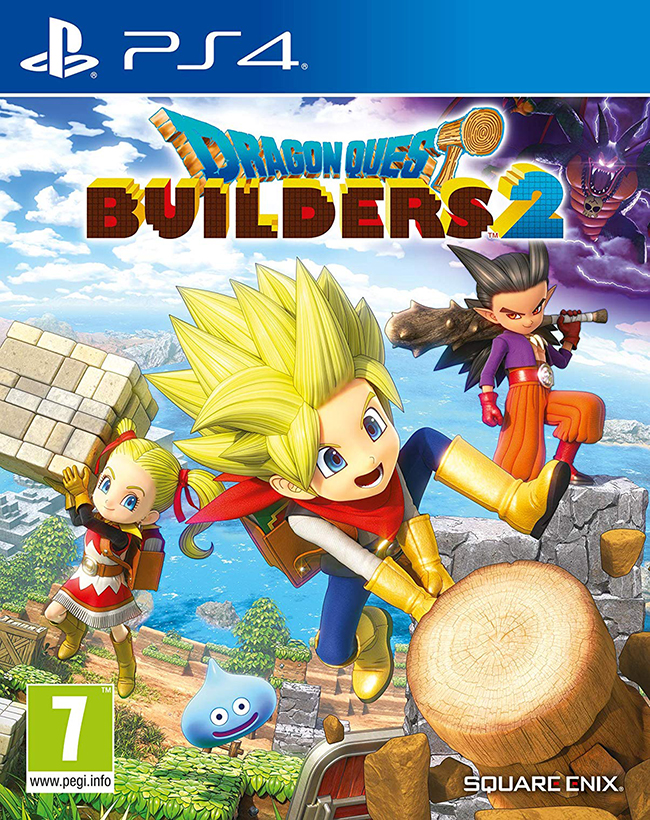