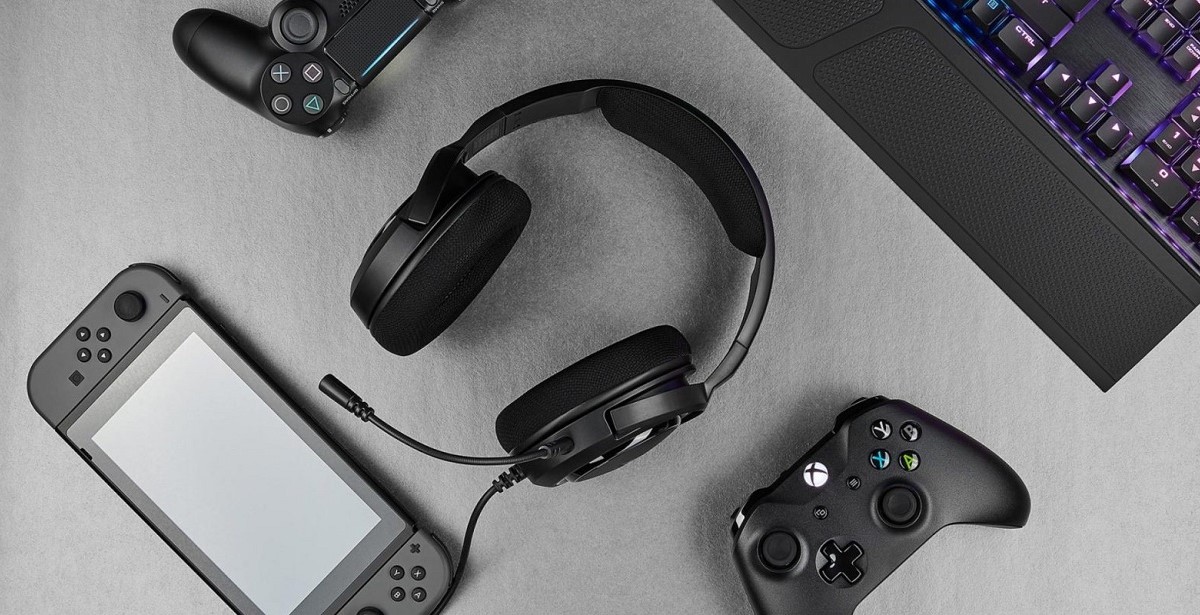 In the world of virtual 7.1 surround sound headphones that are fitted with a multitude of features, stereo headphones are often left behind. However, throughout our testing of the Corsair HS35 Stereo headset, we realised that these are a pair of standard stereo headphones you would actually like to own. 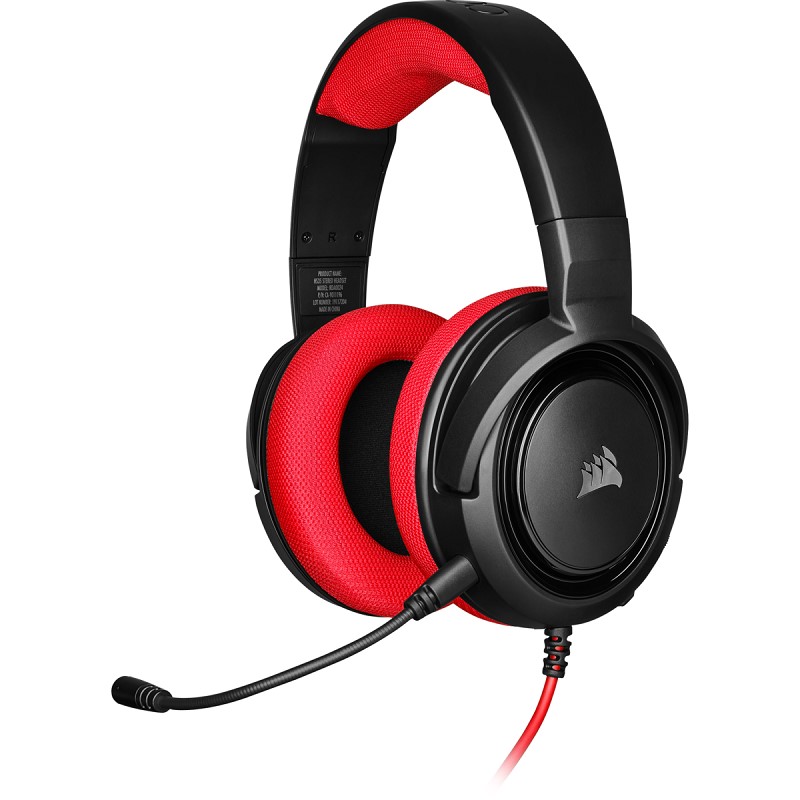 The Corsair HS35 Stereo has a really simple design to them, but with fine details to give them a premium feel. The headphones are mostly constructed of plastic, but with a sturdy and rigid frame, ensuring great build quality - something that Corsair is known for in their headsets. The foam on the headband as well as the memory foam ear cups are covered in a fabric material that is both breathable and comfortable, preventing overheating after long periods of play.

Corsair has managed to make a rather inexpensive headset look and feel as expensive as the models above it, such as the HS50

The cups themselves have an oval “moat” surrounding the Corsair logo, giving the headset a sense of depth and personality, as opposed to a flat surface. The premium Corsair logo set into each cup gives the headset a much more expensive look, especially thanks to the diagonal engravings in the logo itself. Corsair has managed to make a rather inexpensive headset look and feel as expensive as the models above it, such as the HS50. 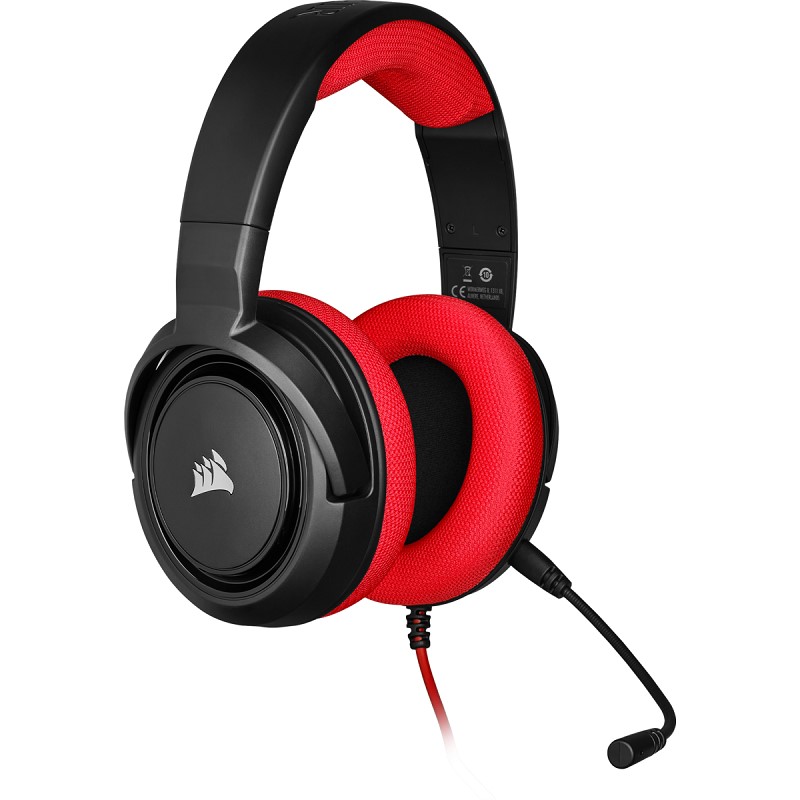 This is where the Corsair HS35 Stereo really shines, especially for its price point. The headset features a Discord-certified, detachable microphone, a dedicated on-ear mic/mute button, as well as volume adjustment on the same cup. A simple shift from in-line controls to on-ear makes the HS35 feel much more premium than others in the same category, and makes memorising exactly where your on-the-fly controls are that much easier. Also, the HS35 Stereo prides itself on the multi-platform functionality, compatible with PC, PS4, Xbox One, Nintendo Switch, as well as mobile.

The HS35 Stereo prides itself on the multi-platform functionality, compatible with PC, PS4, Xbox One, Nintendo Switch, as well as mobile

The unidirectional detachable microphone offers active noise-cancelling, and can be maneuvered to fit exactly where you need it. Thankfully, there is a small cap you can fit into the socket when the mic is detached, covering the hole left behind. However, leaving the mic in is an option, and won’t leave you looking odd in a social situation. The Corsair HS35 Stereo headset also comes in various colours, for those who want to express their individuality, including Carbon, Red, Green, and Blue - or to show your support for your favourite platform. 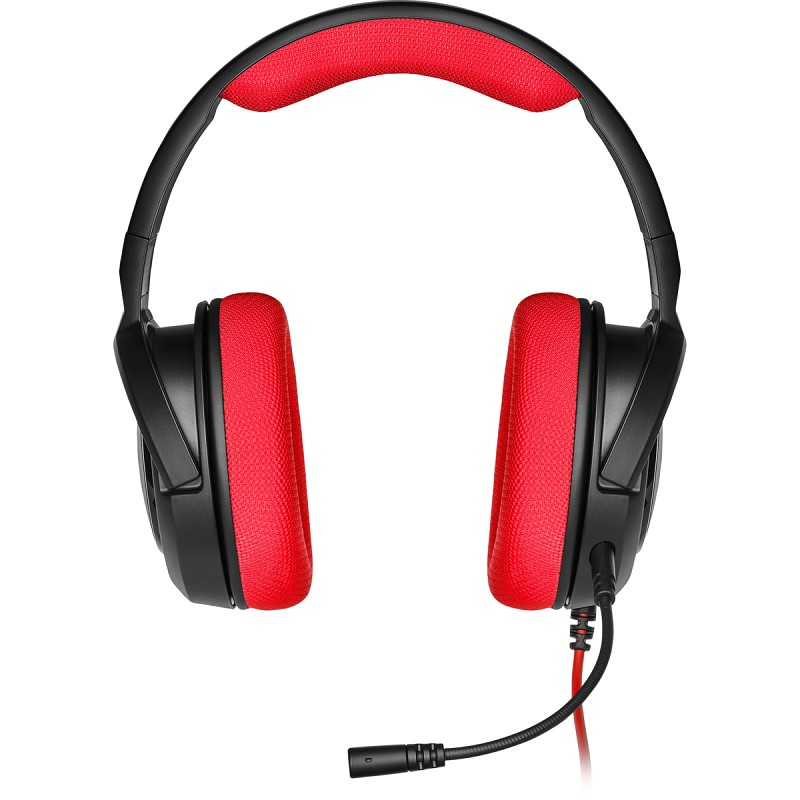 The Corsair HS35 Stereo is incredibly comfortable, not only down to the memory foam ear cups, but also the material used to cover them, as we spoke about before. The material is breathable, making extended play sessions comfortable, as your ears won’t overheat, and soft enough to ensure they aren’t scratchy. The memory foam used in the ear cups mold to the shape of your head, and makes them comfortable to wear from the minute you put them on. Also, the headset itself is incredibly light, preventing any fatigue from wearing them for long periods of time.

The headset itself is incredibly light, preventing any fatigue from wearing them for long periods of time

Across the board, the HS35’s had a consistent audio output on each platform that we tested them with - something that is often overlooked in headphones that “work” with other devices. On PC, we were given a Y-shaped cable for audio and microphone, however, even through a standard 3.5mm audio jack, the sound was fantastic. Thanks to the 3.5mm audio connection, switching platforms was as easy as plugging in and out. 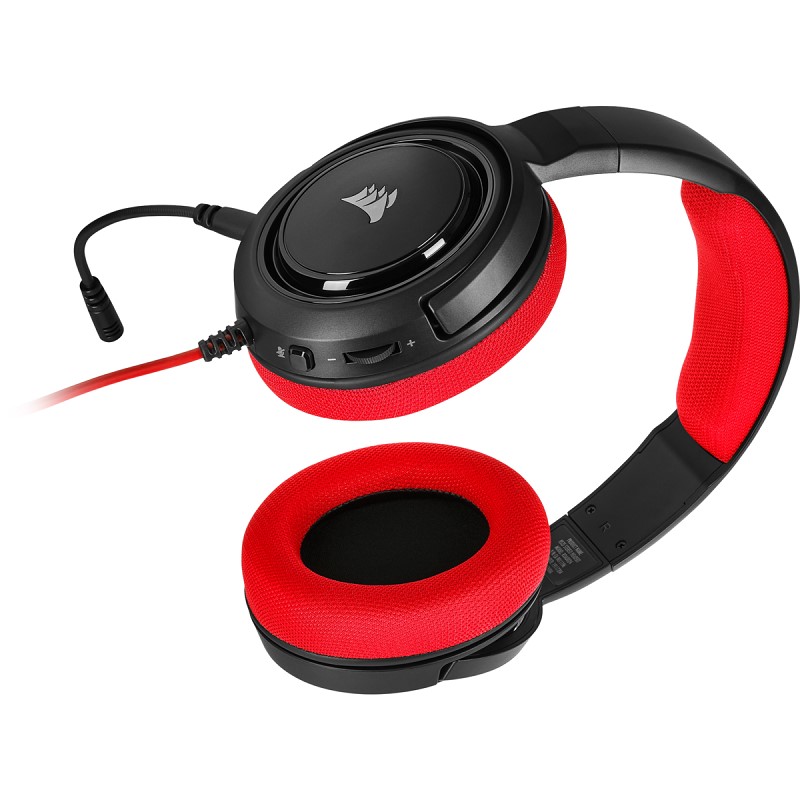 While you won’t be getting the most immersive and outstanding audio experience, you will still get exactly what you need; good bass, clear treble, and phenomenal tracking. On competitive titles, such as Rainbow Six Siege, footsteps were discernible, and with good player intuition, you could get a fairly accurate idea of where enemy players were coming from. On more solo, or single-player experiences, the HS35 Stereo will by no means ruin your experience, and leave you with a pleasant auditory journey. However, in saying this, if you use the HS35 with Dolby Atmos For Headphones on a Windows PC, the headset becomes alive, giving you something pretty close to true surround sound - something that, when you remember that these are a 2-channel headset, is pretty impressive. If you are using these for PC, we sincerely suggest using Dolby Atmos.

If you use the HS35 with Dolby Atmos For Headphones on a Windows PC, the headset becomes alive, giving you something pretty close to true surround sound

The microphone, as we said, is Discord-certified, giving us high hopes going in. The active noise-cancelling meant less auxiliary noise such as breathing, nose-noises, and general audio bits you don’t exactly want to be transferred, and focuses on communicating your voice clear and crisp. Expecting a studio-grade mic is asking this headphone a bit much, but most listeners on the other side were pretty surprised to hear how clear it was, all things considered. 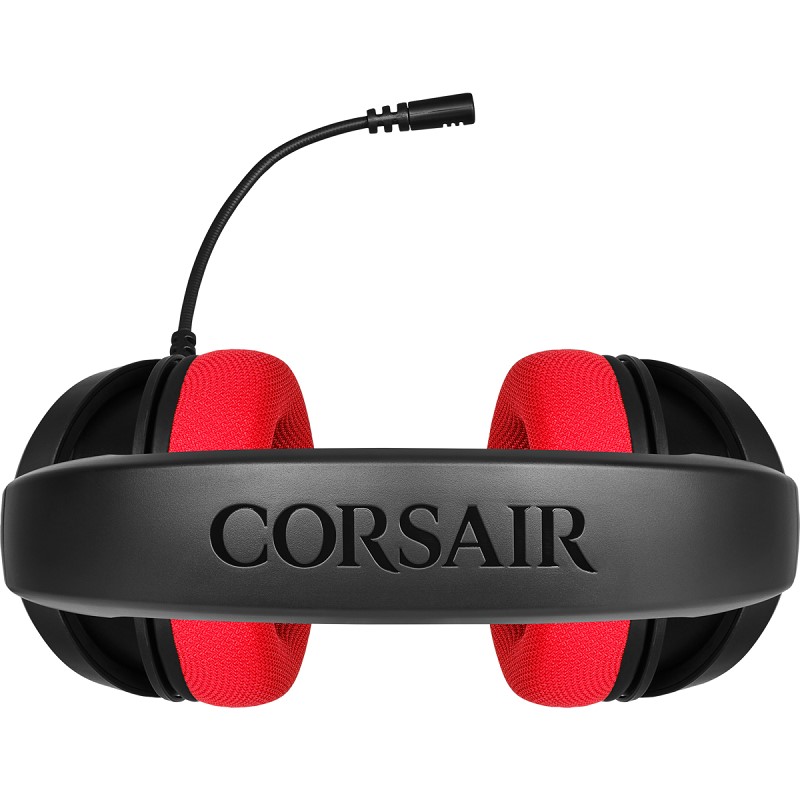 Outside of gaming, content consumption and music through the HS35 was fantastic. If you are like us, who enjoys watching a lot of content on the fly, then you will probably be as pleasantly surprised as we were at how the HS35 dealt with non-gaming media. Music, if streamed or listened to on higher bitrates, was clear, offered deep bass, and sent varying frequency ranges at the HS35, which it was able to handle without a hitch. Content on Netflix mobile was almost no different to on PS4 or PC, although the audio was not as punchy - but this is most probably because of the compression methods used rather than the headphones.

Overall, the Corsair HS35 Stereo headphones are wonderfully versatile, offer fantastic audio across all platforms, are inexpensively elegant, and are great budget offerings. The only gripe with the HS35’s is the fact that for almost the exact same price - roughly R800 on average - you can get yourself the HS50’s which offer slightly better audio, comfort, and a steel frame rather than just hard plastic.

Overall, the Corsair HS35 Stereo headphones are wonderfully versatile, offer fantastic audio across all platforms, are inexpensively elegant, and are great budget offerings