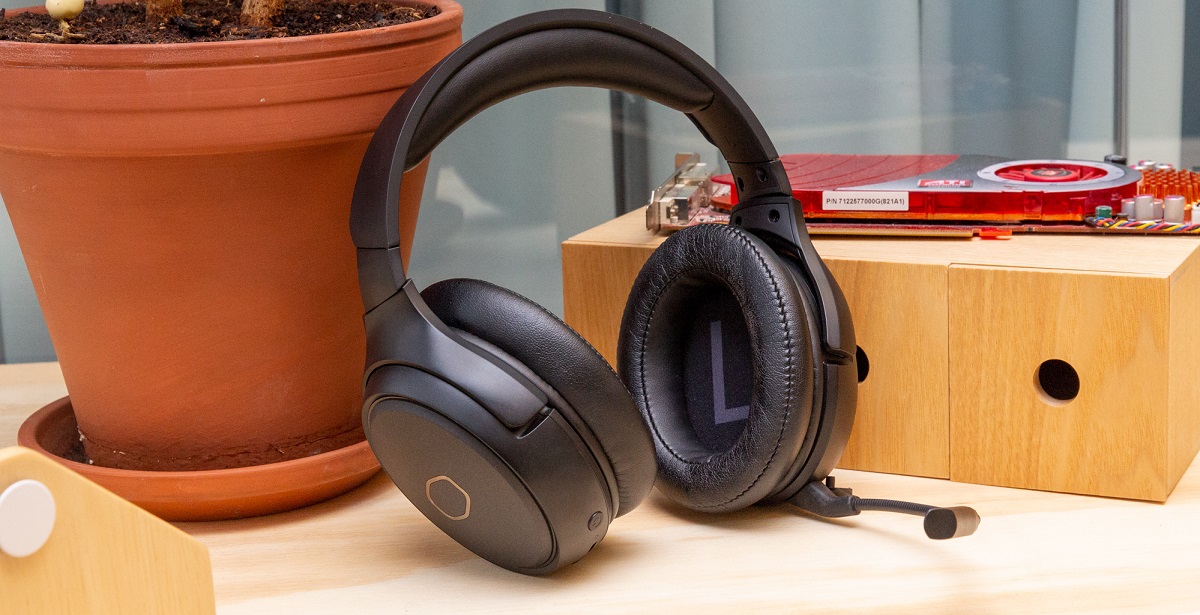 The Cooler Master MH670 comes in a very compelling package. Boasting a plethora of nifty audio features, 50mm neodymium drivers, virtual 7.1 surround sound, and the ability to connect wirelessly through a conventional 3.55 audio jack, and via USB. Cooler Master seems to have thought of everything when looking at the spec sheet. They almost nailed it too, but there are a few kinks that still need to be ironed out before it can be considered an almost perfect set of cans.

Cooler Master never skimps out on a premium feeling product. Starting with the unboxing experience, the MH670 is neatly packaged in carefully laid out plastic and cardboard. In the box, you get the headset, the Bluetooth dongle, USB Type C adapter, a charging cable, and the most satisfying to the touch soft material carrying pouch. The headset itself comes in a sleek and elegant matte black finish, with a few gloss and a metallic accents to break the monotonous colour scheme. Looking as clean as it does, the MH670 could easily pass for a premium headset that can be compared to the likes of Sennheiser and Audio Technica headsets. That’s no small feat, especially when you consider that this was made for gaming in mind. 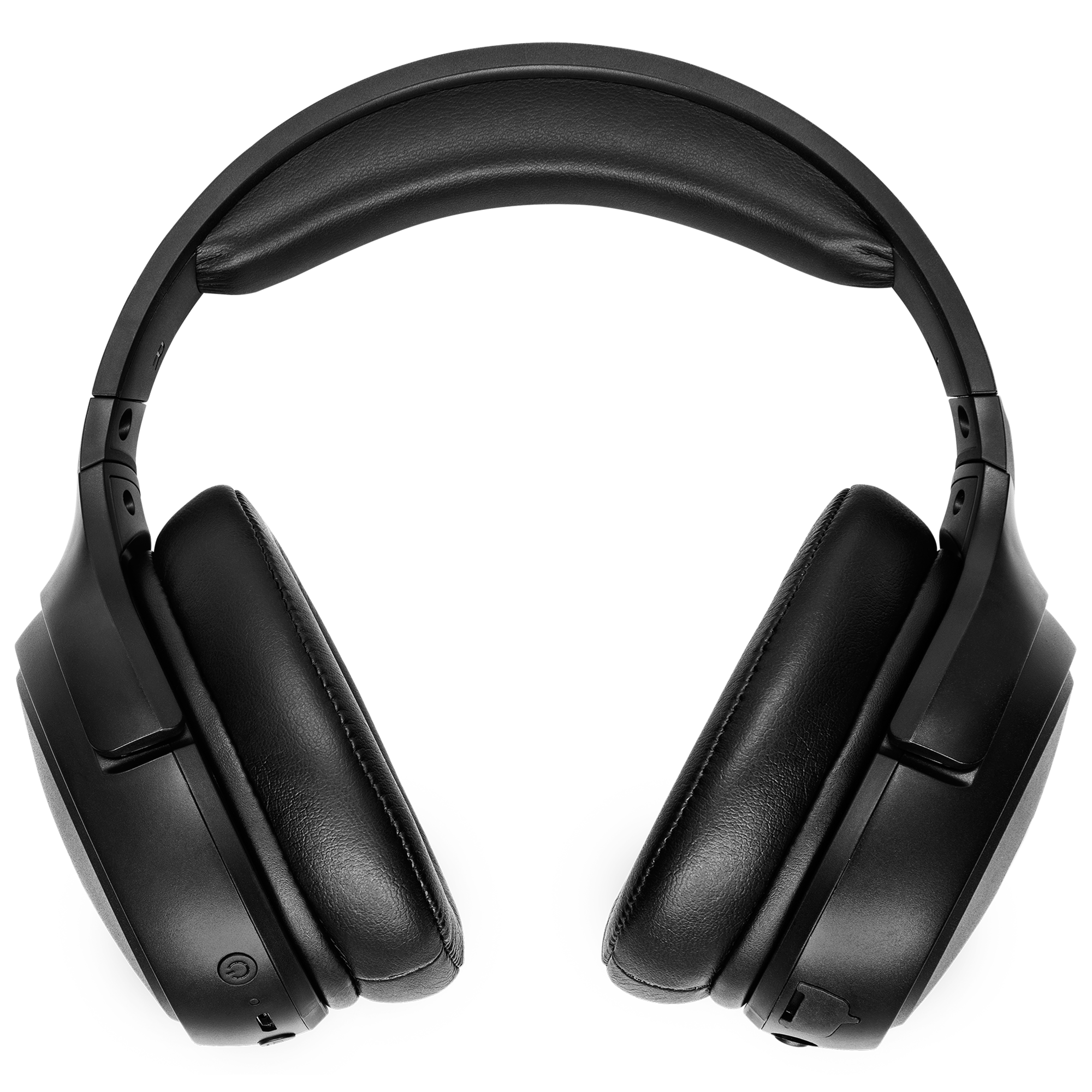 The padded cushions on each cup and the headband make this one of the most comfortable headsets I’ve used to date, and the metal headband inspires me with confidence that it won’t break should anything happen to it. The build quality is phenomenal. Even the detachable mic fits firm into position and can be adjusted without it coming loose.

The headset itself comes in a sleek and elegant matte black finish, with a few gloss and a metallic accents to break the monotonous colour scheme.

Thankfully, Cooler Master opted to keep tactical controls on both sides of the MH670. You can control the volume, mute the mice, toggle the virtual 7.1 surround sound, and power the headset all from the buttons littered on either side of the headset. It doesn’t take too long to figure out which button is which, thanks to Cooler Master giving each one varying degree of height, resistance, and textured feel. There is a lot to take in when it comes to just how much the MH670 has right out of the box. 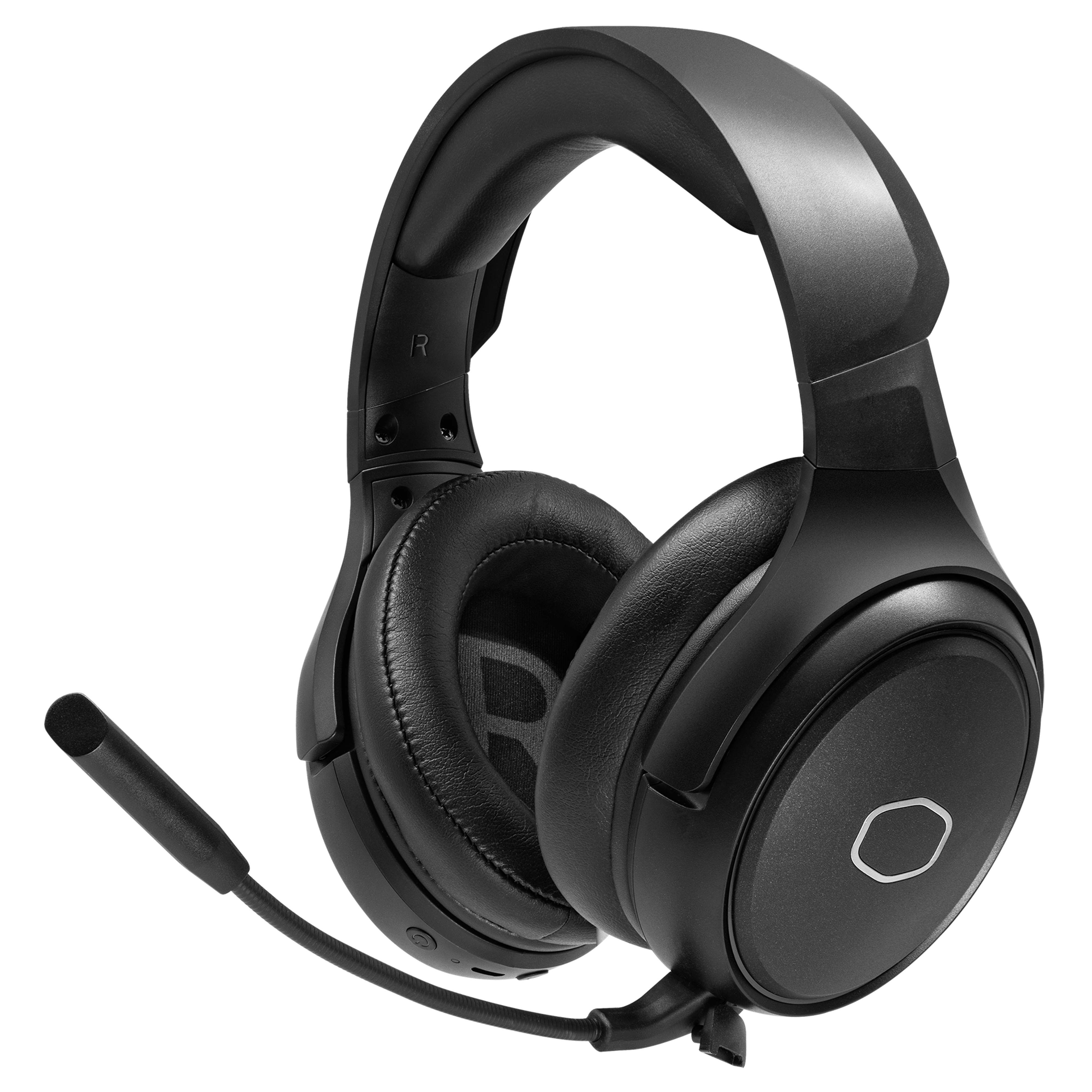 The 50mm neodymium drivers were a fantastic choice, offering crisp highs, clean mids, and decent low-end performance. The 7.1 virtual surround sound offered exceptional simulated directional audio, making gaming experiences sound truly immersive. It’s easy to point out enemies in an FPS title, while giant action set-pieces from games such as Assassin’s Creed: Odyssey came to life. Movies and music, on the other hand, were average to decent. Watching Keanu Reeves single-handedly take on an entire secret society lacked a bit of punch, mostly due to the low end.

While the audio quality certainly isn’t bad by any means, there is a slight void that needs to be filled. Boasting 50mm neodymium drivers, it almost feels like their true potential hasn’t been reached. While the mids and highs are definitely the MH670’s forte, it feels like the low end has been left to last minute, leaving a lot to be desired in that regard. In our review unit, the headset would soften the highs and mids to make room for the low end, but it often came across as muted. Whether this is a bug or a design choice by Cooler Master, it becomes noticeable after using it for a while and can even break your immersion. However, there is the possibility that Cooler Master can update its software to fix this or iron out any issues.

The Virtual 7.1 Surround Sound lives up to its name...

As for everything else Cooler Master have managed to squeeze in, it’s near perfection. People on the other end of a call said audio quality was crystal clear, with a nice emphasis on blocking enough background noise to carry a voice across. The Virtual 7.1 Surround Sound lives up to its name, and the extremely comfortable padding makes this rather hefty headset feel a lot lighter than it is. For PC users, there is a rather well-designed UI, offering everything you need in a simple to use manner. You can adjust how you would like the MH670 to sound directly from the software, as well as tune the virtual 7.1 to give off a sound stage that you are most happy with. 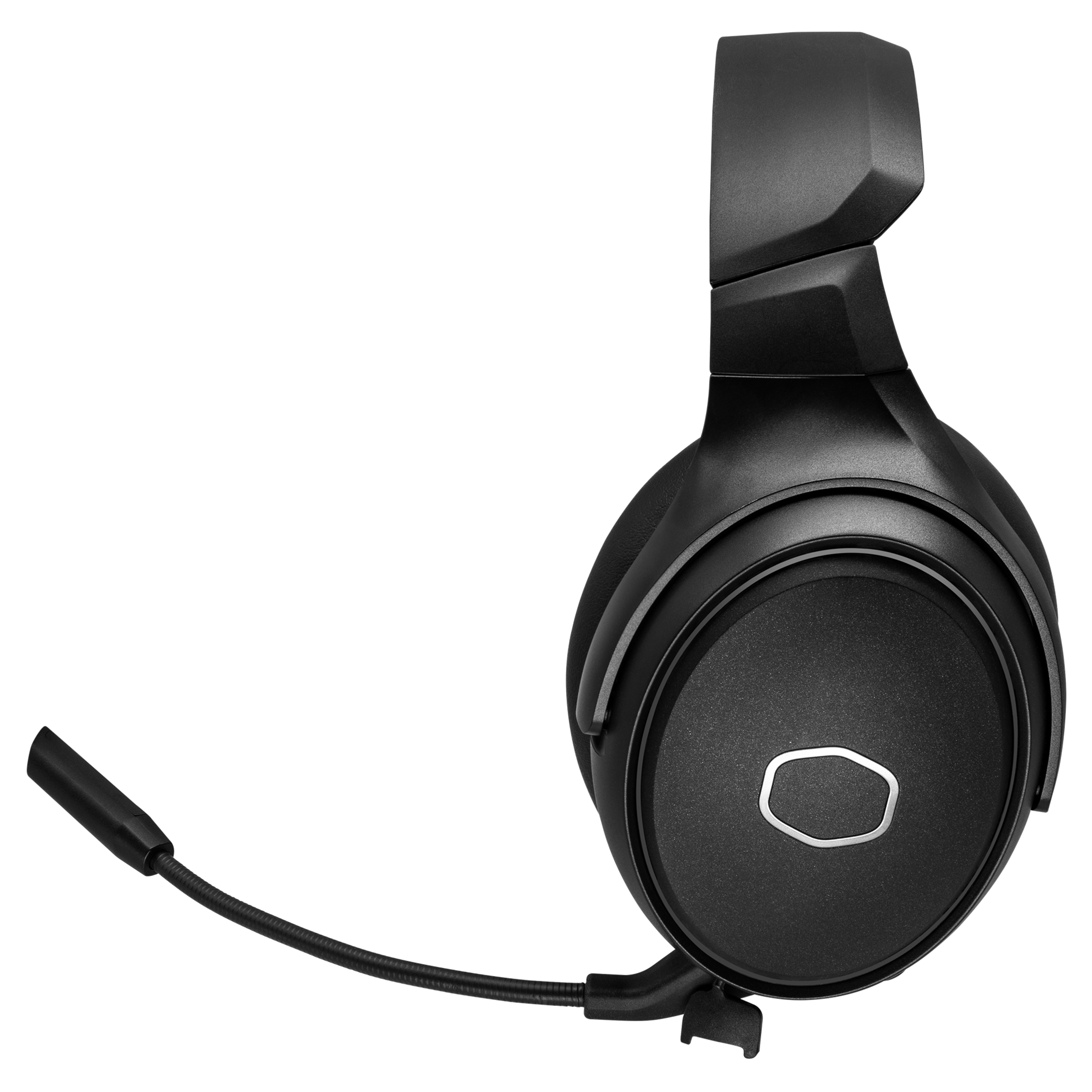 Even if you’re not an audiophile who loves delve deeper into the settings, Cooler Master has made it easy to understand and a few presets for those who don’t want to bother with all the admin involved with tuning your own headset. The default gaming mode seems to be the best overall, with the music and movie presets just missing the mark slightly when it comes to the overall quality of the sound. There is only one caveat to the comfort the MH670 offers. It doesn’t provide a great passive seal, meaning a lot of outside noise manages to creep its way into the headset and could be bothersome for some

Cooler Master made an almost perfect headset, that gives you some amazing features at a relatively affordable price. However, it may have just missed the mark at tuning the drivers, missing that all-too-important punch that one would expect from the 50mm neodymium drivers. Then again, it more than makes this up with its virtual 7.1 surround sound, wireless connectivity, amazing mic quality, and some of the best comfort I’ve experienced in a headset.
7.5

Lacking some punch from the 50mm neodymium drivers

Outside noise filters too easily