Bee in the big city. 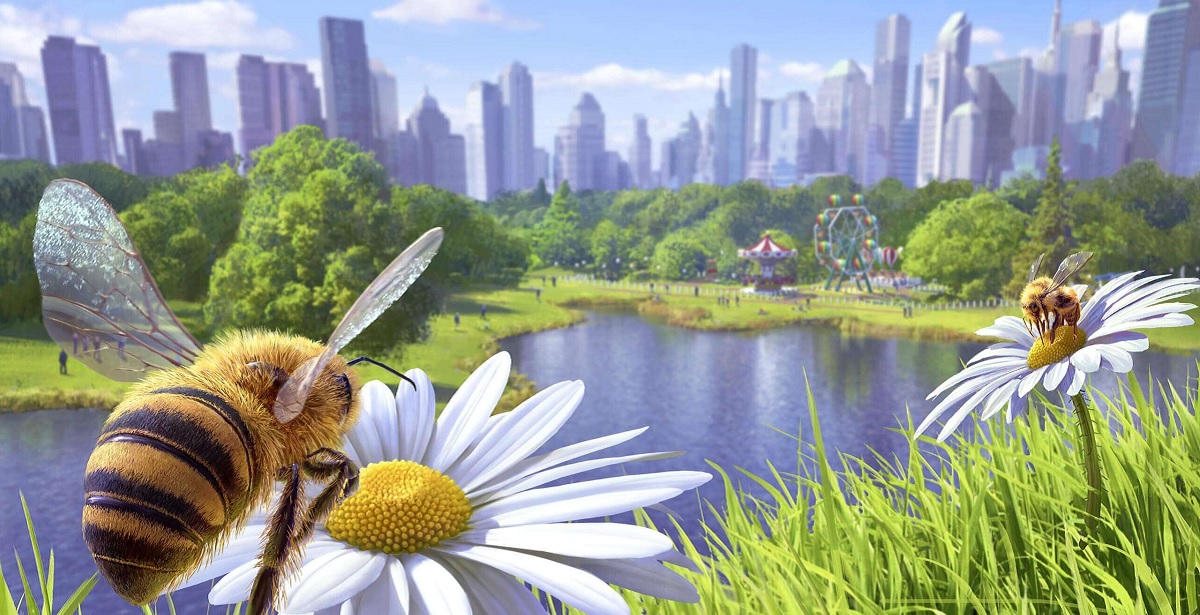 The "simulator" genre often yields a few great surprises in an ocean of mediocrity, or titles that aim to parody certain tropes in gaming. Bee Simulator finds itself in a very odd spot, neither being a satirical take nor a compelling dissection of the very genre it dons. Instead, misguided title aside, it plays out like an educational documentary on the dangers of pollution, and the effects deforestation has on nature - spliced with gameplay that sees you take control of a worker bee on a mission to save their home tree from being torn down. The result is a bit of a confusing mess, though not without its undeniable charm. 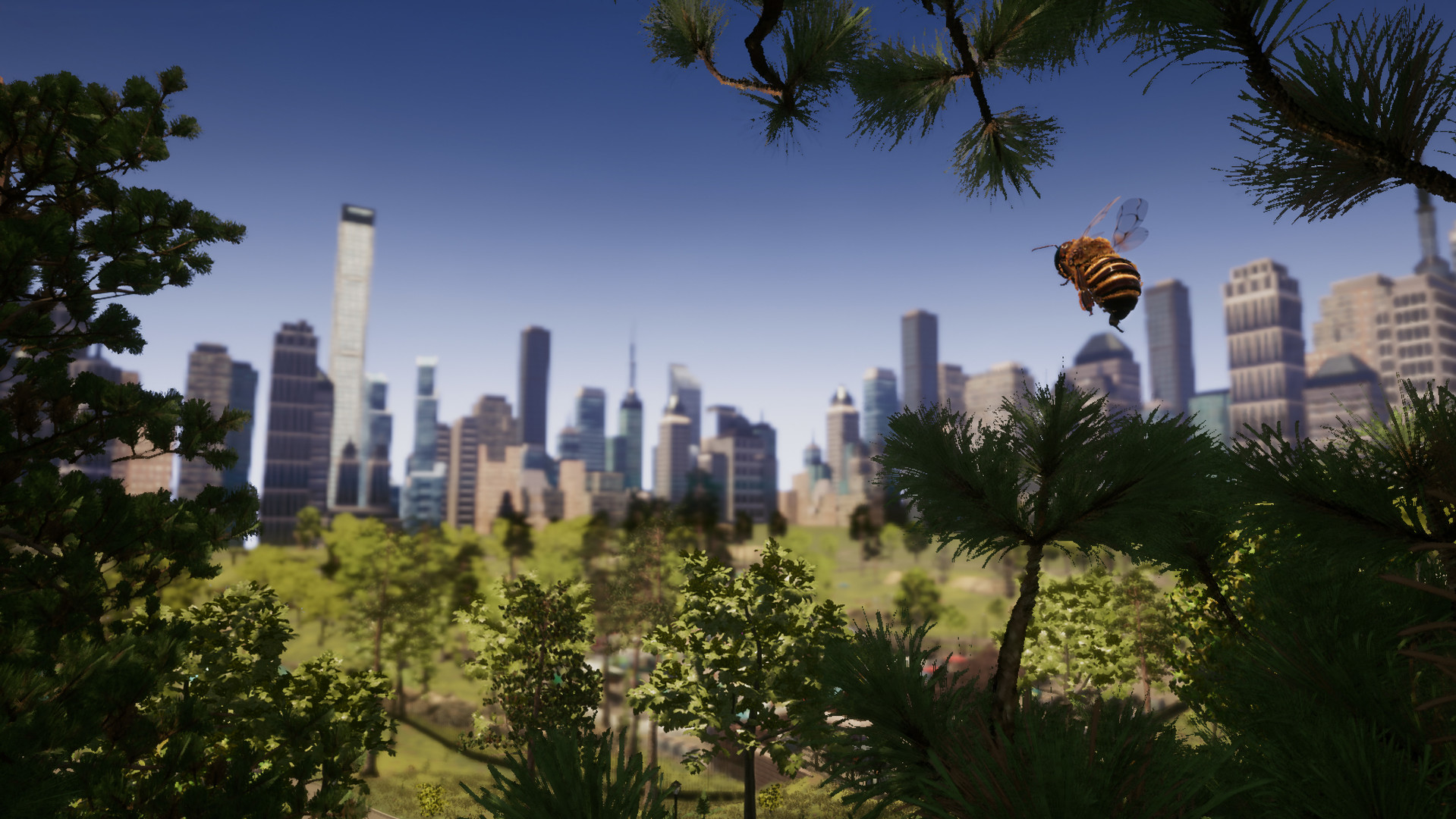 Bee Simulator primarily takes place in the open world setting of a park. Taking control of a worker bee, your job is to collect pollen, fend off wasps, construction workers, and generally do bee things - like annoying the locals. At its core, the game has a lot of good intentions. The story is mainly told through comic book-styled cinematics that provides plenty of great educational information on bees, nature, and the disastrous affect of industrialization, particularly how it endangers more than just the bees. I thought this might come off as preachy, but instead, I learned a lot through these basic dumps of information. They could've easily strayed into being forced or ham-fisted, but thankfully, it's subdued for the most part.

At its core, the game has a lot of good intentions.

The gameplay is where the problems persist. Bee Simulator's novelty unfortunately wears thin, even after an hour. You take flight as a bee, exploring the park, collecting pollen, and doing an assortment of textbook activities to pad out the open world setting. Enemies such as wasps provide interesting encounters, but those are ruined as it boils down to nothing more than a simple mini-game or quick-time event (I use "fight" very lightly here). The game tries to deviate from ever resorting to violence or combat, as it goes against the message and themes of the game, but the battle for survival in the insect kingdom could've been a little more exciting than this. 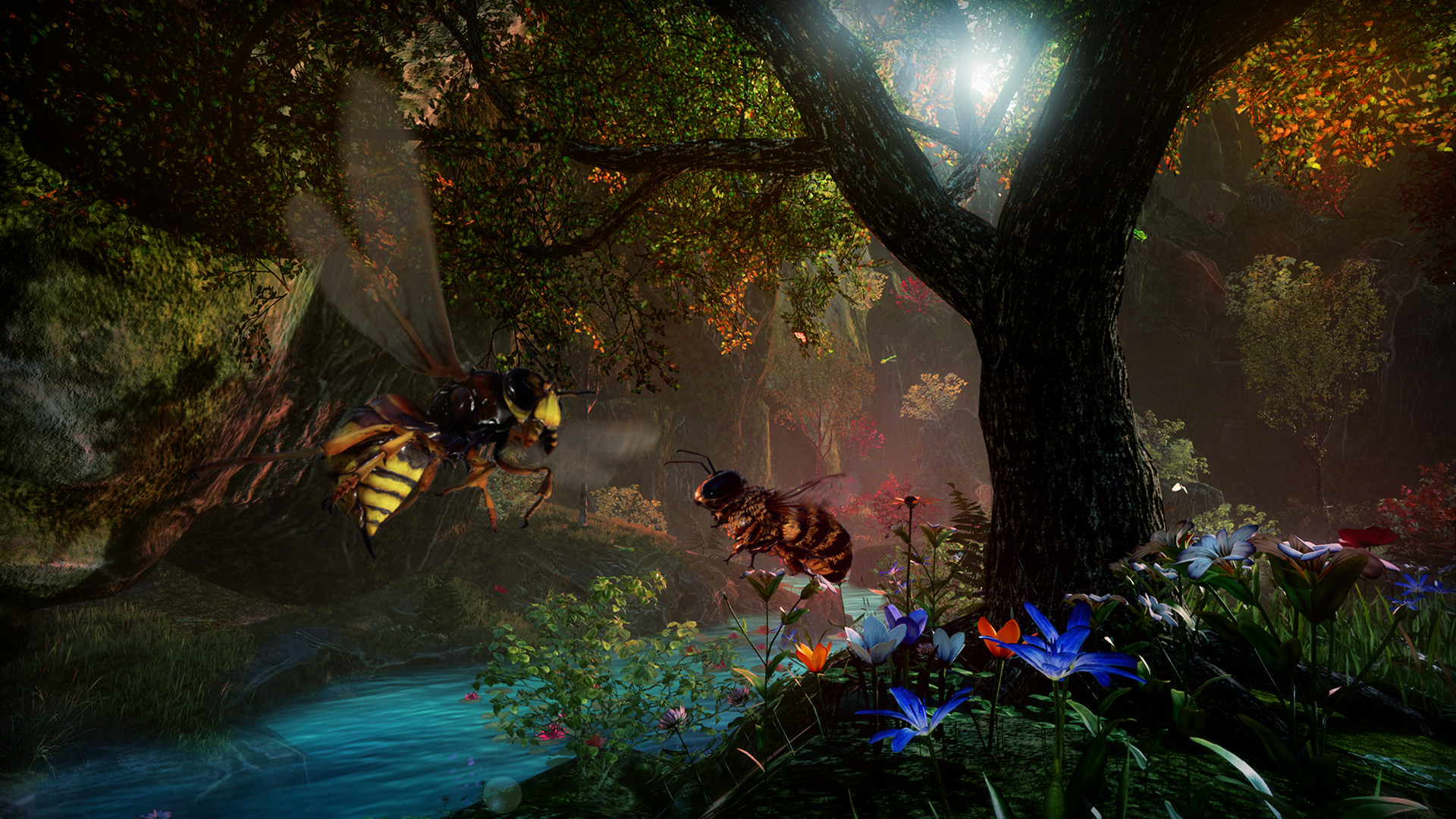 Using a Witcher sense-esque mechanic, the bee can spot out points of interest such as flowers that carry pollen, and food items left at picnics to rejuvenate health. In between main story missions, you're free to explore various aspects of the park, though due to the limited size of the world, you'll be able to see everything fairly quickly. Tedium quickly sets in when it comes to the quest structure of the game, though. Difficulty can either be relaxing or incredibly taxing, especially quests where you're asked to race certain bees. The controls can be a bit wonky in these areas, so keeping up with your opponent becomes an infuriating chore as opposed to being entertaining.

Taking flight is incredibly fun the first time, as you zoom around with a great sense of speed and scale of the enormous world around you.

Speaking of controls, Bee Simulator excels in really making you feel like a bee (yes, that line is on purpose). Apart from the aforementioned races, the controls are tight and can be adjusted to your liking in the controls. Taking flight is incredibly fun the first time, as you zoom around with a great sense of speed and scale of the enormous world around you. I immediately ditched sticking to the main path in the beginning just to cause havoc to unsuspecting people. The game doesn't code any facial reactions besides some odd grunting noises, so seeing a human flinch from your sting with all the expressiveness of a Twilight actor is a bit disappointing. Nonetheless, there are plenty of opportunities to make your own fun, even if for just an hour or two. 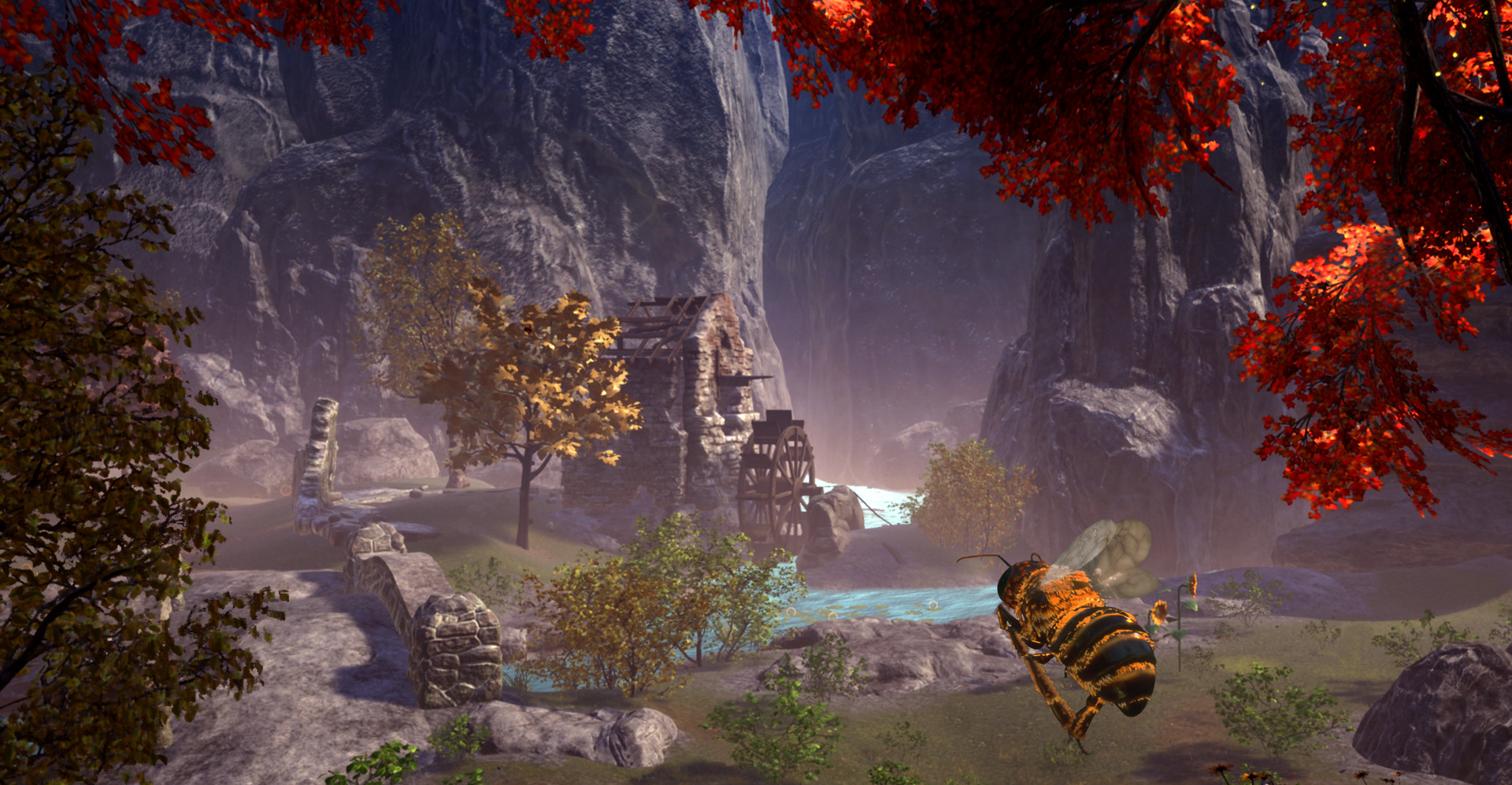 Bee Simulator is not a gargantuan investment time-wise, as the main campaign can be completed around 4 or 5 hours. It took me a little longer because I have a short attention span, and zipping around like an insect Superman and pestering kids was top priority. On the Superman note, collecting pollen involves you flying through rings. It may have brought up a lot more negative memories of Superman 64 than I anticipated. It's not nearly as clunky or insultingly bad, but perhaps Bee Simulator could've shied away from reminding us of one of gaming's worst travesties. It's not doing itself any favours.

Kids, most of all, might find plenty of enjoyment as the game does a fairly good job of delivering great (and important) educational info...

It may sound like I'm being a bit harsh on the title, but I had to sit back and really consider the target demographic for Bee Simulator after completing it. Kids, most of all, might find plenty of enjoyment as the game does a fairly good job of delivering great (and important) educational info, though it feels like the gameplay itself comes at its expense for older folks who are also interested in gaining knowledge, but don't have the patience to slog through some of Bee Simulator's more generic "video game" moments and tropes. The biggest offender that I simply cannot get behind is the asking price for the game. At $39,99 or R629, there's just not enough content here to justify such an investment. If the game was a little cheaper, I might still recommend it, but the value you're getting out of that original asking price does not fly (hey, my first bee pun!) today. 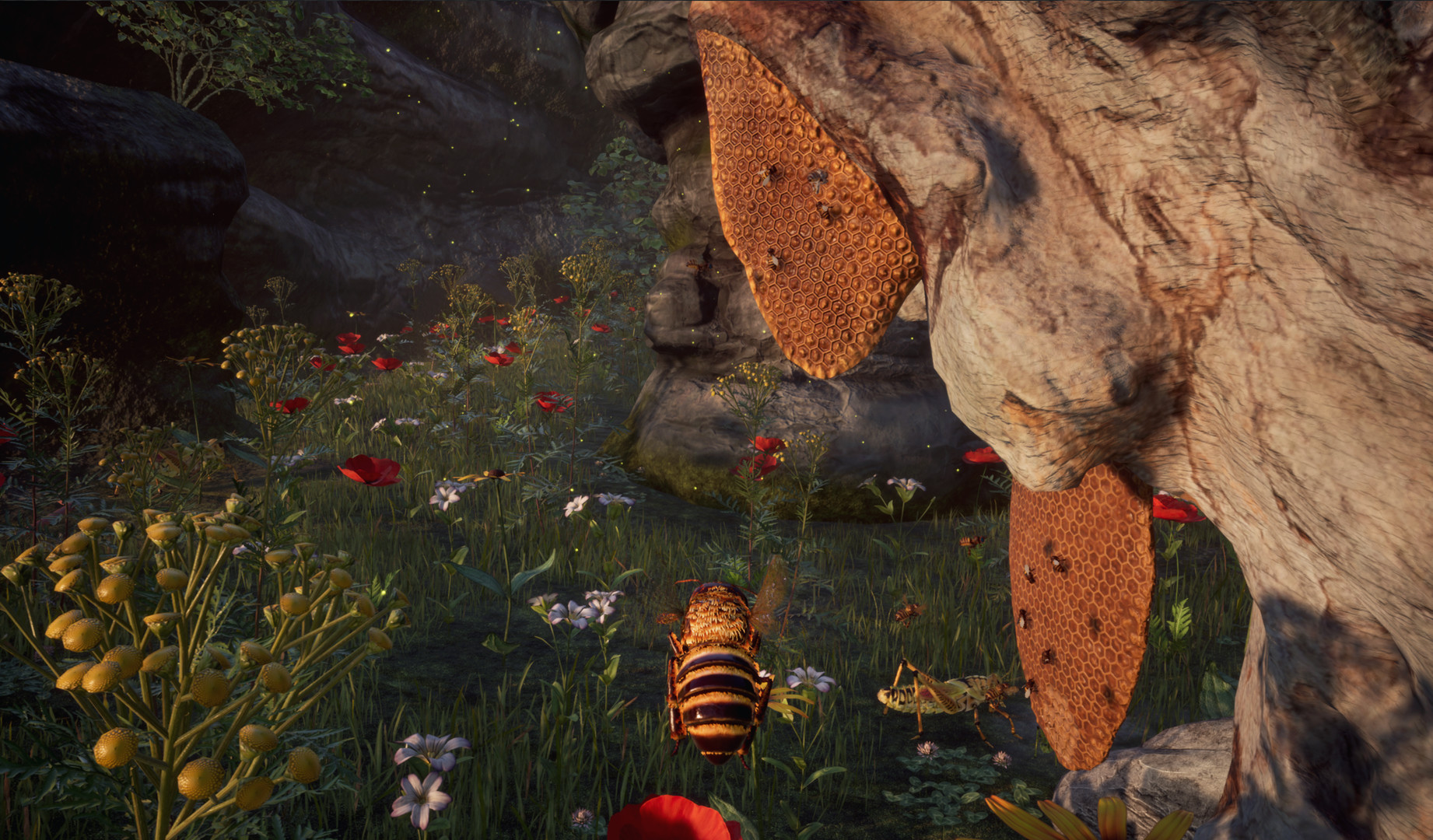 Bee Simulator is charming in doses and features solid flight gameplay, plus the joys of straying off the main quest path to just be a nuisance to society is addictive and oddly endearing, but there's just not much of a video game here at all. You'll learn a lot about bees through the experience as if buying into a nature documentary, and you can tell the developers have their hearts in the right place, though I just can't say paying that price for a bit of a messy product is worth it right now. Perhaps in the future when Bee Simulator is discounted, it might come recommended - though with a big asterisk next to it.

Made with good intentions 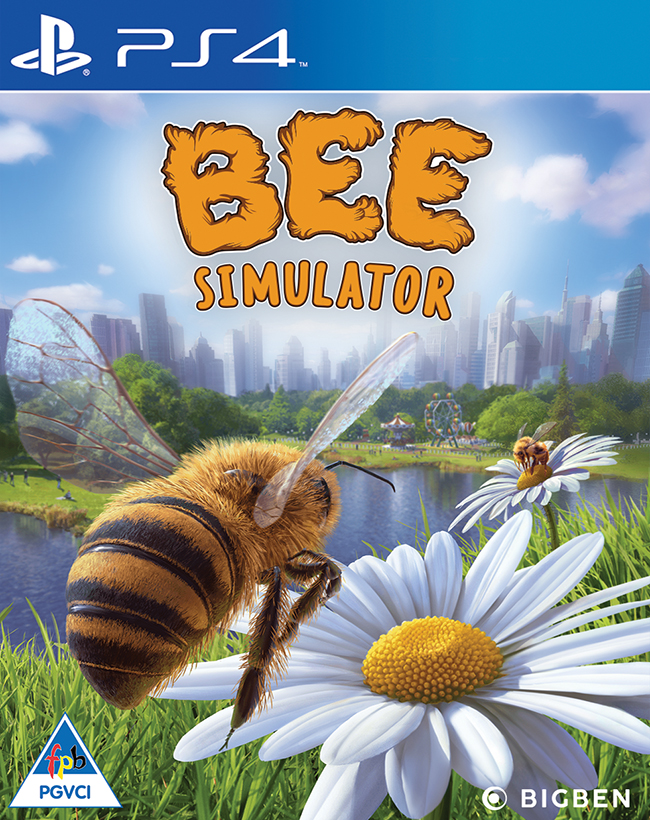