Epic is an understatement. 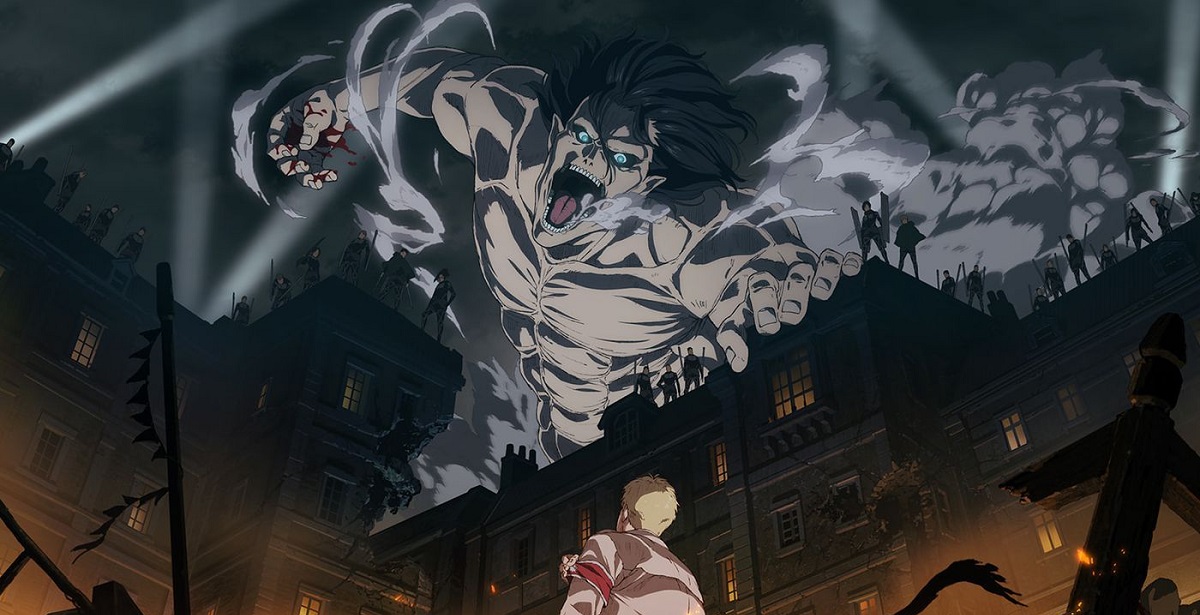 When Attack on Titan's anime adaptation began in 2013, it was nothing short of a cultural phenomenon. The series had exploded into popularity following a massive marketing campaign and word of mouth from author Hajime Isayama's terrific manga source material. Now, almost a decade and several seasons later, we've finally arrived at the climax of this complex story of man versus titans, titans versus man, and fellow man versus man. Does The Final Season live up to this long-building hype, despite changes in production studios? Absolutely.

NOTE: This review will be spoiler-free, though will make references to past events in the series. 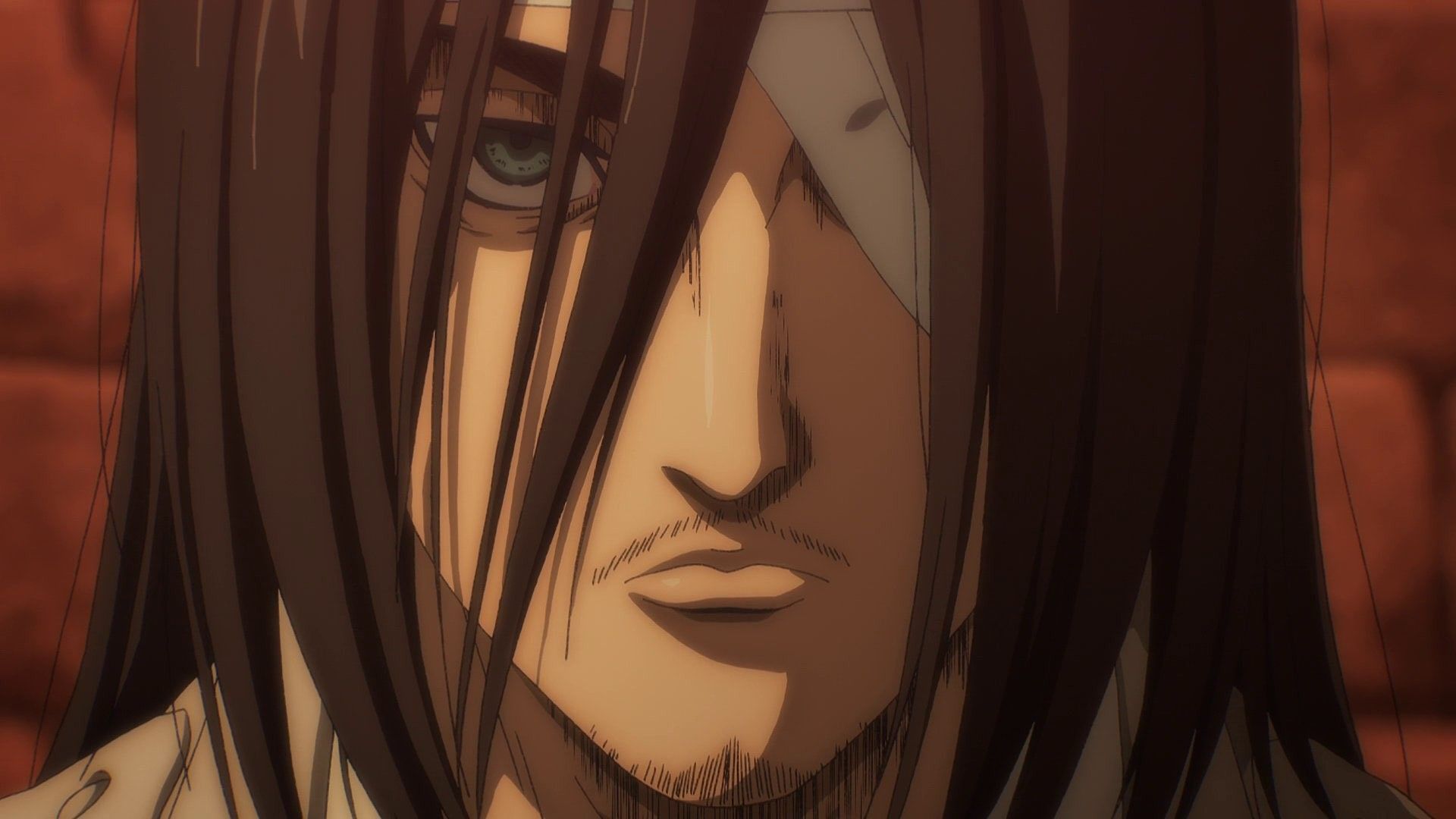 The story picks up after a time-skip following the game-changing revelations of the third season. Paradis, the island where the Eldians were confined to as a hellish outcasting by the Marley race, is seeing big changes. The forces of Paradis, consisting of all main characters including Eren, Mikasa, Levi and Armin, now mobilize to Marley for reasons which I will not spoil. This is as far as I'll go in terms of plot, because there's a lot more happening beneath its surface.

...MAPPA knew exactly what they were doing - dare I say, even outshining Wit Studio in the animation department...

My biggest concerns going into Attack on Titan: The Final Season were its new studio and run time. Production changed hands from Wit Studio (who produced all the previous seasons) to MAPPA. Despite being a smaller studio than its parent Production I.G., Wit delivered absolutely stellar animation and a unique art style that really defined the anime. However, MAPPA had chosen to retain the manga's art style more, changing character designs in the process. This was only jarring for the first few episodes, but as the series progressed, it became apparent that MAPPA knew exactly what they were doing - dare I say, even outshining Wit Studio in the animation department when it came to the action sequences. 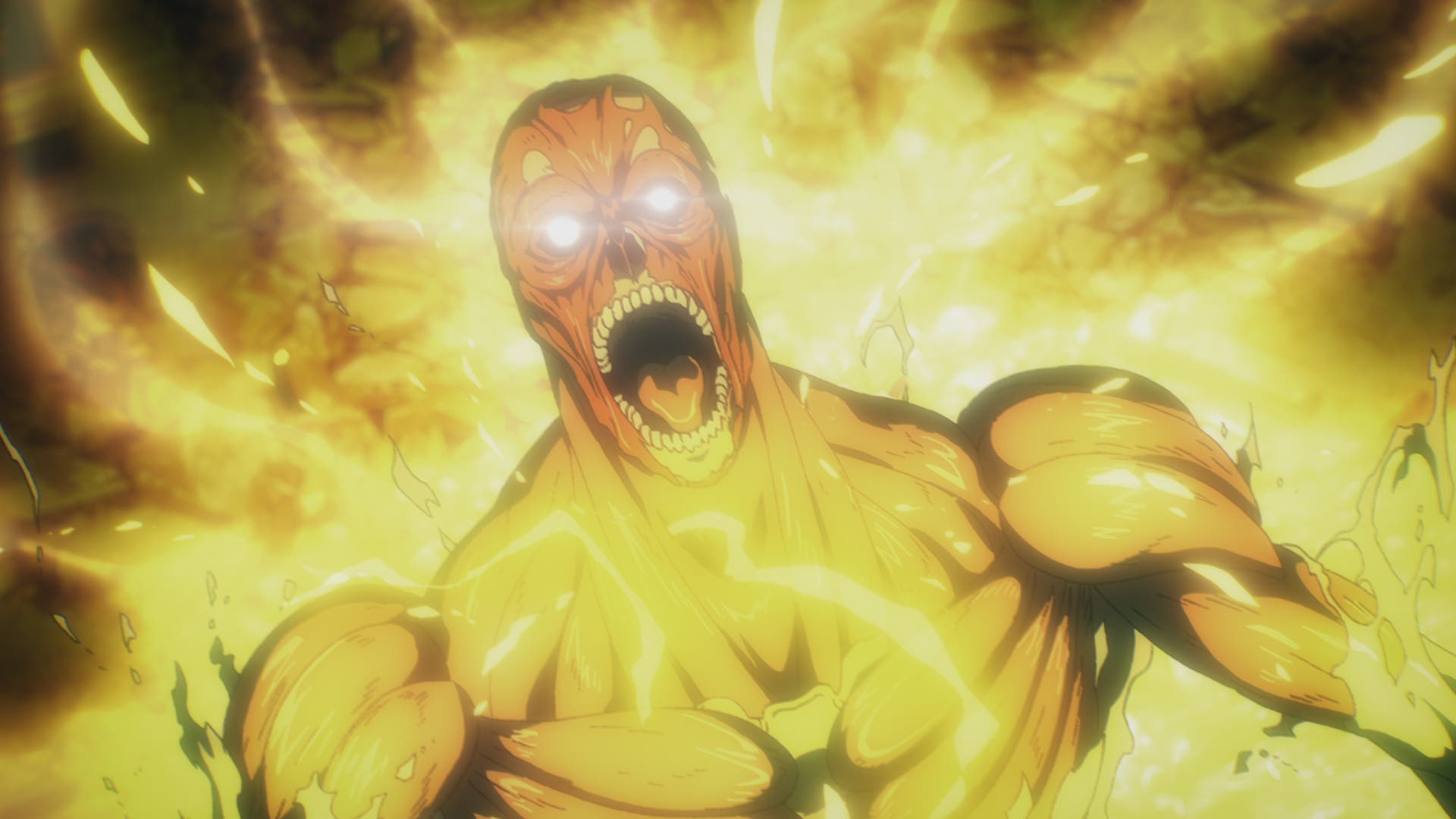 Needless to say, the animation in Attack on Titan: The Final Season excels in its quality and presentation. The gloomier colours and more matured character designs lends well to the show's encroaching, dark conclusion and the passage of time that aged these characters.

More importantly, the pacing - something that the manga was heavily criticized for in this particular arc - was handled expertly in the anime. This meant that certain exposition sections from the manga either had to be significantly shortened or removed, but it's only noticeable to the die-hard manga readers. Instead, exposition is delivered cleverly through visual subtleties, saving important reveals for greater impact in the latter half of the season. The shuffling of sequences might bother some, but MAPPA manages to keep the pacing constantly tight and engaging, littering the first half with an air of mystery, intrigue and downright spectacular action moments. 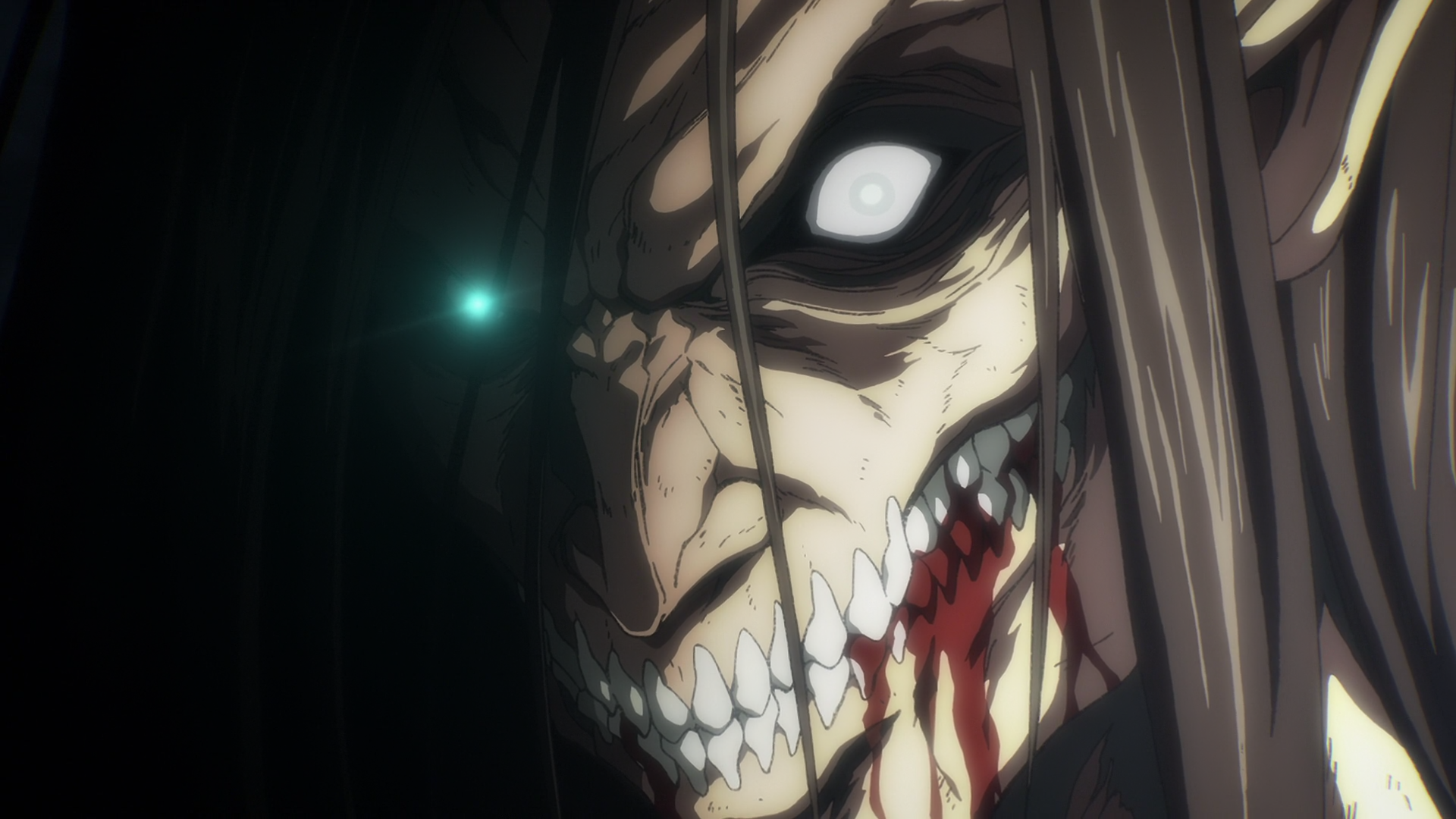 That's not to say that the pace of the show steps on the brakes in the latter half, though. While the action is mostly toned down to make way for revealing information, it wisely chooses to balance delivering its story-shattering moments with all the punch of an action scene - much like the third season before it did. It's not as bombastic or cinematic as the first season, but MAPPA exchanges over-the-top revelations for quieter moments of character building and careful information drip-feeding - something that I absolutely adored about how The Final Season handled its storytelling.

Of course, the conflict will then boil down to avid manga readers potentially being disappointed at how The Final Season spreads itself out, over anime-only watchers who will likely be pleased with its change of pace. Whatever the outcome, it delivers Isayama's story with a firm grasp of its source material that doesn't disrespect it in the process. 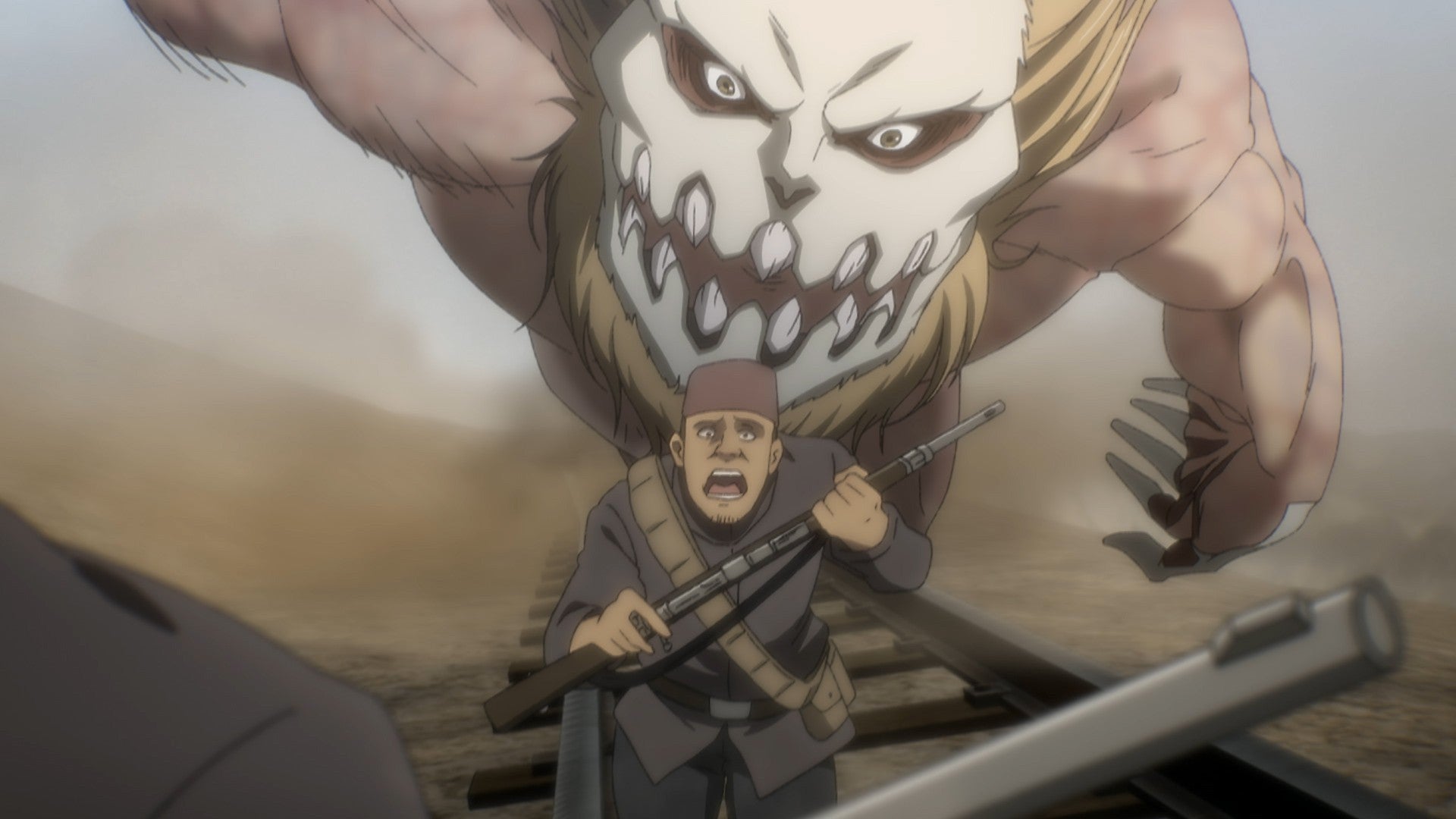 The Final Season isn't just your traditional revenge tale anymore, as a lot happened in the aftermath of the third season that changed events and characters forever. No one feels this weighty change more than protagonist Eren Jaeger. I won't dive too deep into his involvement or motivations in the season, but it sees a drastic shift in the story that leads many affected characters down paths of big changes too. This isn't just a concluding saga to a built-up grand war, it's a character study piece too - one that takes its time explaining and exploring characters, though the directions the plot takes with them won't be to everyone's tastes.

To that extent, Attack on Titan: The Final Season at times can feel like a stepping stone to an inevitable conclusion rather than being the actual conclusion - and that's because it is. As of writing, The Final Season will wrap up the manga's story with Part 2 in 2022, meaning threads will still be left hanging by the time you reach the sixteenth episode here. It's not the end of the saga, despite early events in the season pointing in that direction. Rather, it sets up even more questions without resolute answers yet, but this season asks viewers to be patient. And patience is absolutely needed to let it all soak in. 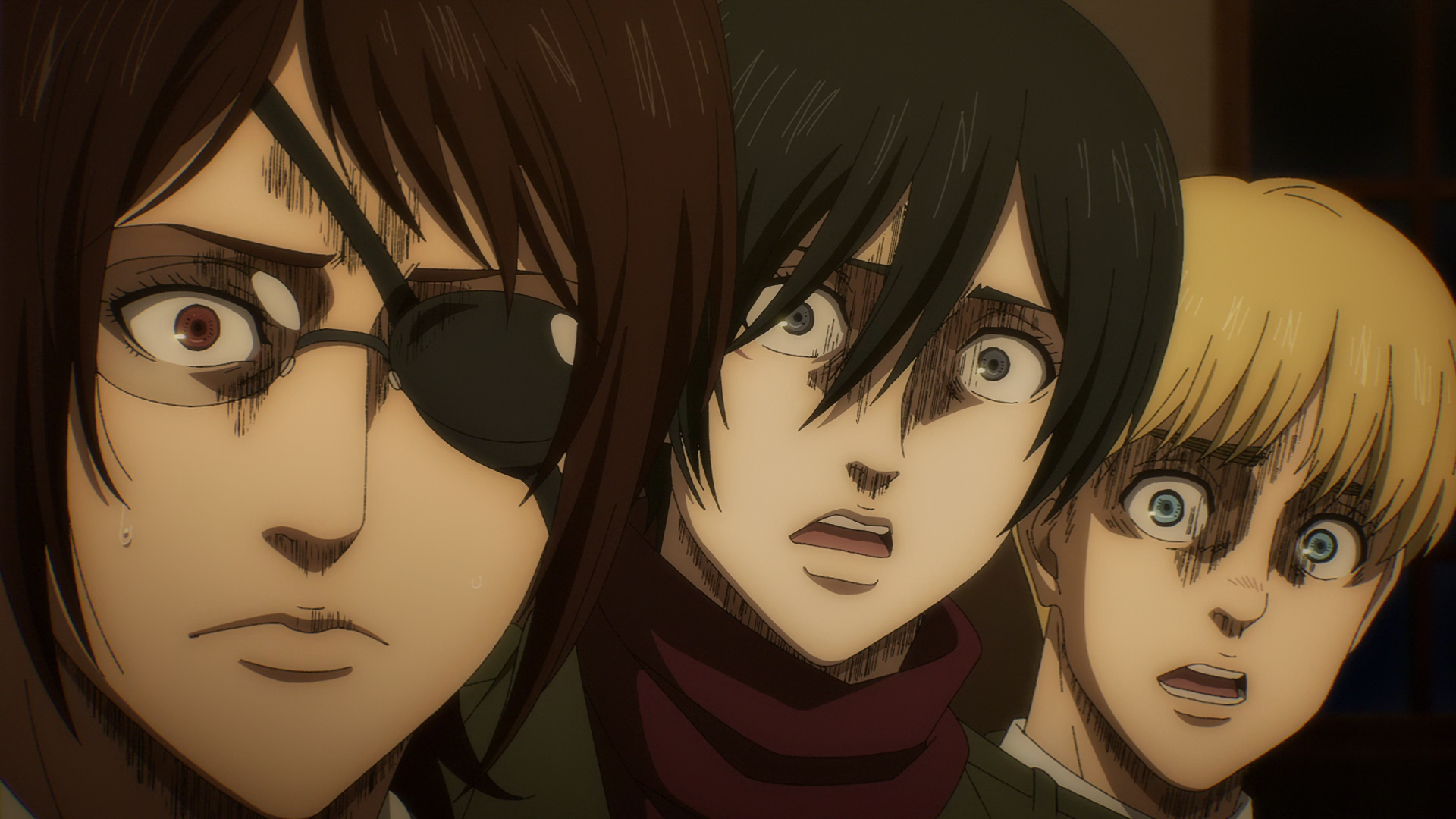 I'd like to also briefly mention newly introduced characters, especially Gabi and Falco who play a pivotal role in the early episodes. Their involvement in the show isn't immediately evident, and can be quite jarring (and very divisive) at first, but it serves two purposes: one, to explore the views and ideals of the opposing "bad side" of this war, and two, to set up important conflicts later on. The morality scale is tipped drastically, and this is where Isayama's storytelling comes full circle. Not everything is black and white.

The anime is known for its addictive, catchy openings, but "My War" might actually take the crown.

Finally, I want to touch on the show's spectacular opening, "My War", by Shinsei Kamattechan. The anime is known for its addictive, catchy openings, but "My War" might actually take the crown. Not only is it deceptively catchy, it laces its World War-esque visuals with grey-scale, unconnected imagery that leaks no spoilers or references to the characters or plot at all. It's brilliant and more anime could learn from its subdued approach to not revealing anything of importance, yet still deliver a banger of a theme. It has quickly become one of my favourite anime openings of all time.

Attack on Titan: The Final Season teases a sense of finality while acting as the bridge to the actual conclusion. Yet, it manages to feel climactic in every sense. MAPPA have proven themselves to be more than capable of handling the source material, though some slight changes in chronological events might be a point of contention for manga readers (though never drastically so). It still feels wholly fulfilling without being conclusive, and satisfying without giving us definite answers yet. It white-knuckles its dazzling action sequences and story revelations expertly, leaving you hooked from episode to episode. If this is an indication of the quality of the inevitable end, we're in very good hands.
9

Not quite the conclusive finale yet

Character redesigns take some getting used to