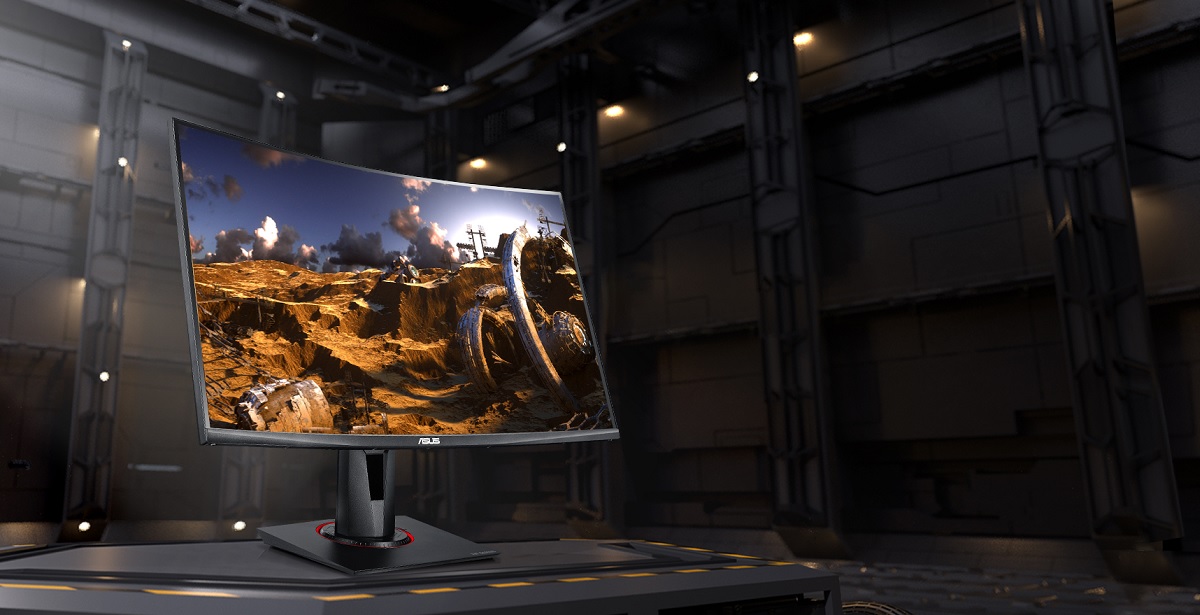 The Asus TUF Gaming VG27W is another example of modern gaming monitors that are finally pairing high-dynamic range (HDR) support with long-established PC monitor perks, such as millisecond response times, high refresh rates, and variable refresh rate (VRR) support. However, like most of these high-end gaming monitors, the falling price of HDR UHDTVs put them in direct competition for gamers who may not be able to utilise every feature with their rig, or are simply looking for more versatility. 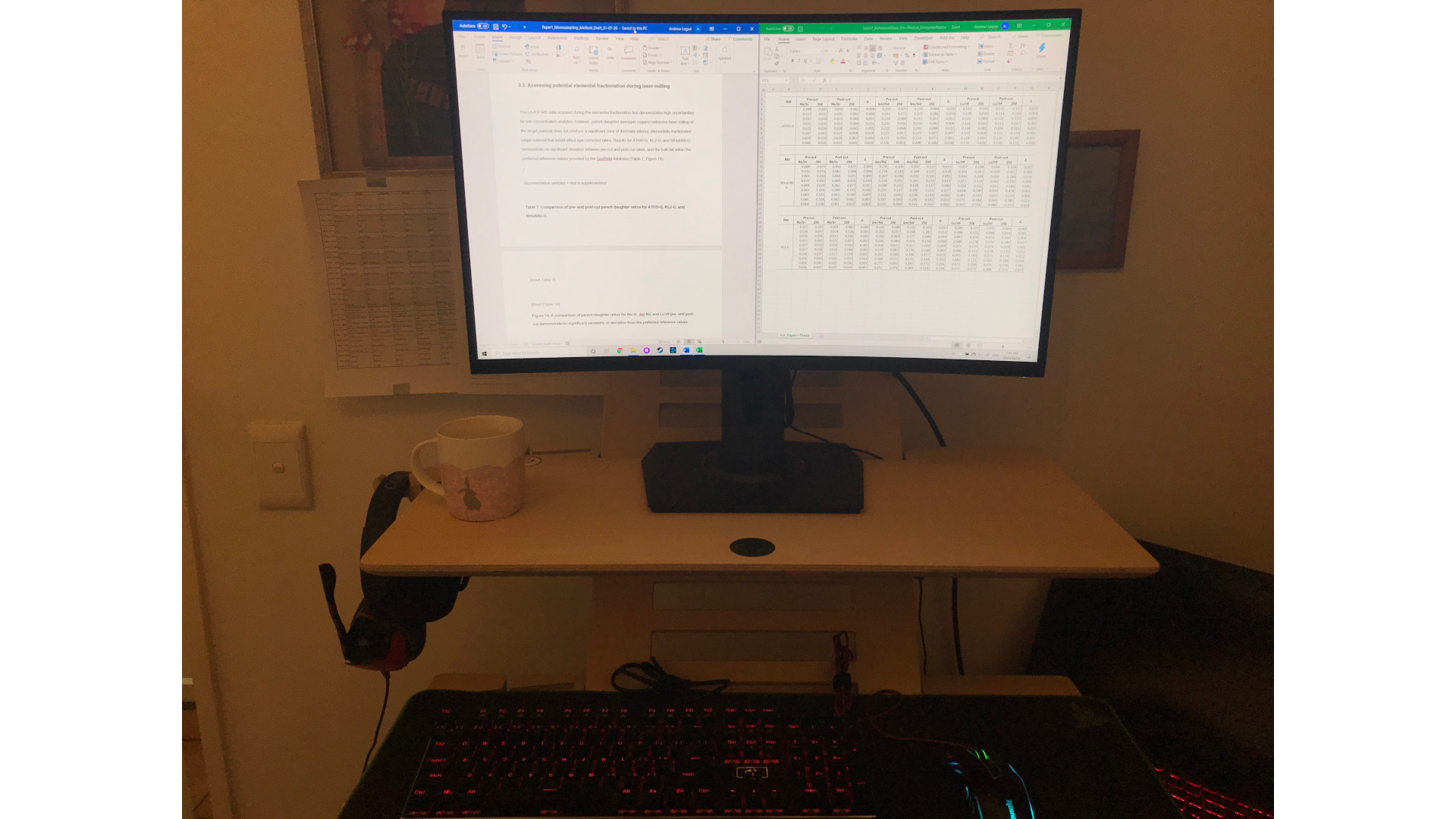 I’ve spent the last week using the VG27W and the large display size coupled with the 1500R curvature make working between several windows a breeze.

For several years now, 27” has become the common screen diagonal for gaming monitors as resolutions have increased beyond 1920x1080 to 2560x1440 (“WQHD”) and, increasingly, 3840x2160 (“4K”). At the same time, refresh rates for most PC monitors far exceed the 60 Hz standard of TVs. However, as modern games and video media introduced HDR support, PC monitors have lagged behind consoles and TVs. The VG27W picks the middle-ground, offering up a QWHD resolution, support for up to 165 Hz refresh rate, a 1ms response time, and entry-level HDR support.

If you’re looking for a monitor you’ll also use for work, the VG27W more than ticks the boxes: you’ve got plenty of screen space (~60x34 cm) with sufficient pixel-density to ensure a crisp image; a high refresh rate that makes cursor movement and desktop navigation silky smooth; and curvature that enhances peripheral visibility so you don’t have to constantly turn your head. The default expanded 120% sRGB colour gamut paired with a 3000:1 contrast ratio ensures the image “pops”, even before enabling HDR (which is best saved for gaming or media applications as most desktop apps don’t have great support yet). 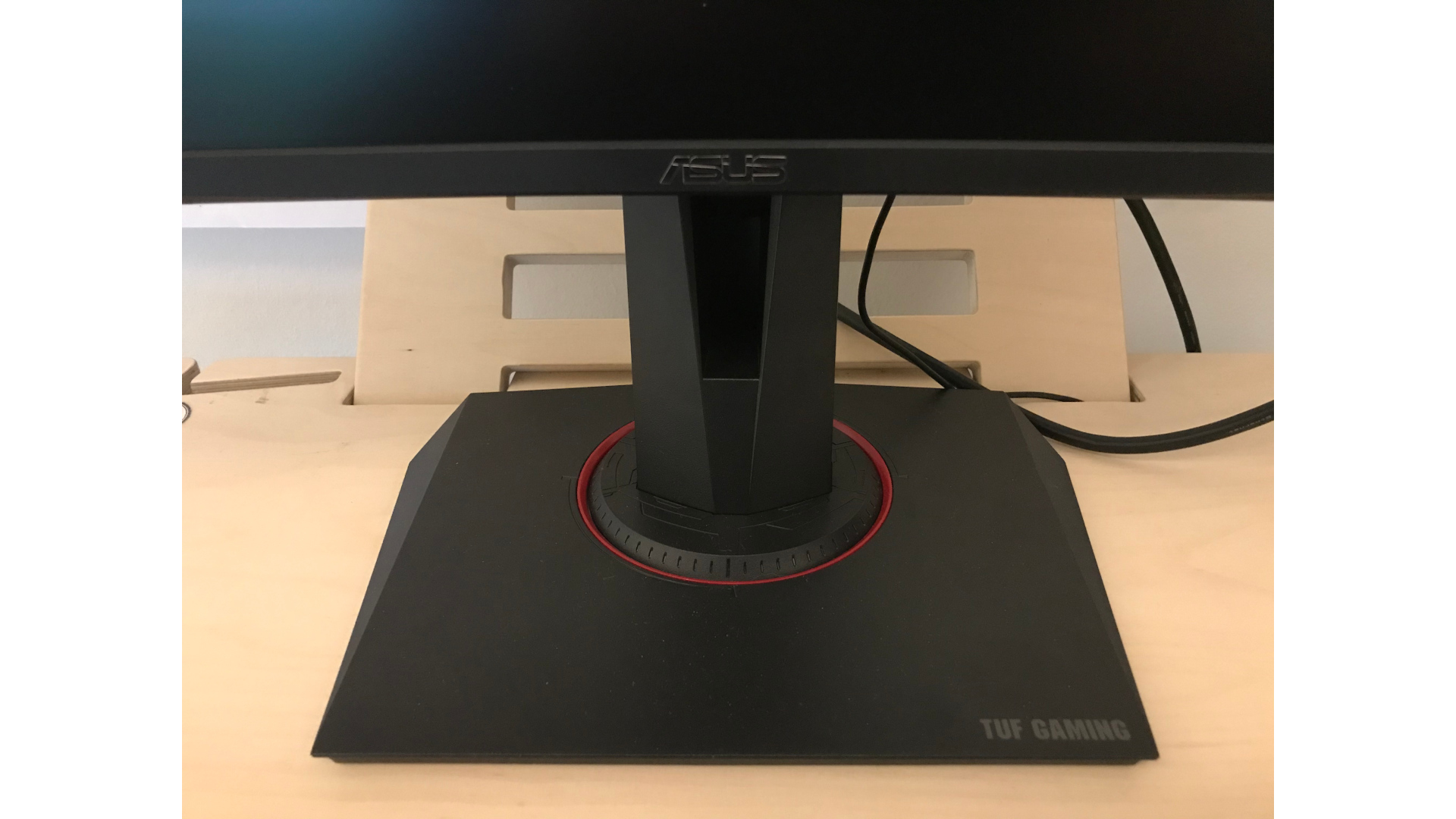 The 180° swivel-stand connects with a solid metal rod and securing screw that, coupled with the -5° to 25° tilt on the screen hinge, make it easy to get the screen into the optimal position as either a primary or secondary display.

Work functionality aside, the VG27W is sold as a gaming monitor and its performance in that regard is mostly exceptional, though depending on your demands, you’ll find other aspects mediocre. Given that even Nvidia’s GTX20-series and AMDs RX5000-series might struggle to maintain 4K/60, at ultra settings, for several upcoming games, the WQHD resolution and adaptive-sync support makes sense for those chasing the maximum refresh rate. Games still look sharp at the native resolution of the display, and even console gamers would be hard-pressed to deny the incredible responsiveness and fluidity of gaming at framerates upwards of 120 Hz.

To make the most of the features offered by the VG27W, my gaming week was dominated by retro-styled shooters that could push the framerate, and I tackled chapters from the campaigns of Gears of War 4 and Gears 5 to tests the HDR quality. I also briefly plugged in an Xbox One S to see how the HDR and VRR gelled with other devices over HDMI instead of the DisplayPort cables. Project Warlock, Ion Fury, and Dusk all ran beautifully, offering a degree of responsiveness in movement and aiming that is simply unmatched. The extended VRR range of 48-165 Hz meant any dips in performance were imperceptible. Even tackling more demanding games like Gears 5, which my ageing 1050Ti can only get near 1440p/60 with serious tweaking, benefited from the VRR operating in the 48-60 Hz range, providing a more stable image. 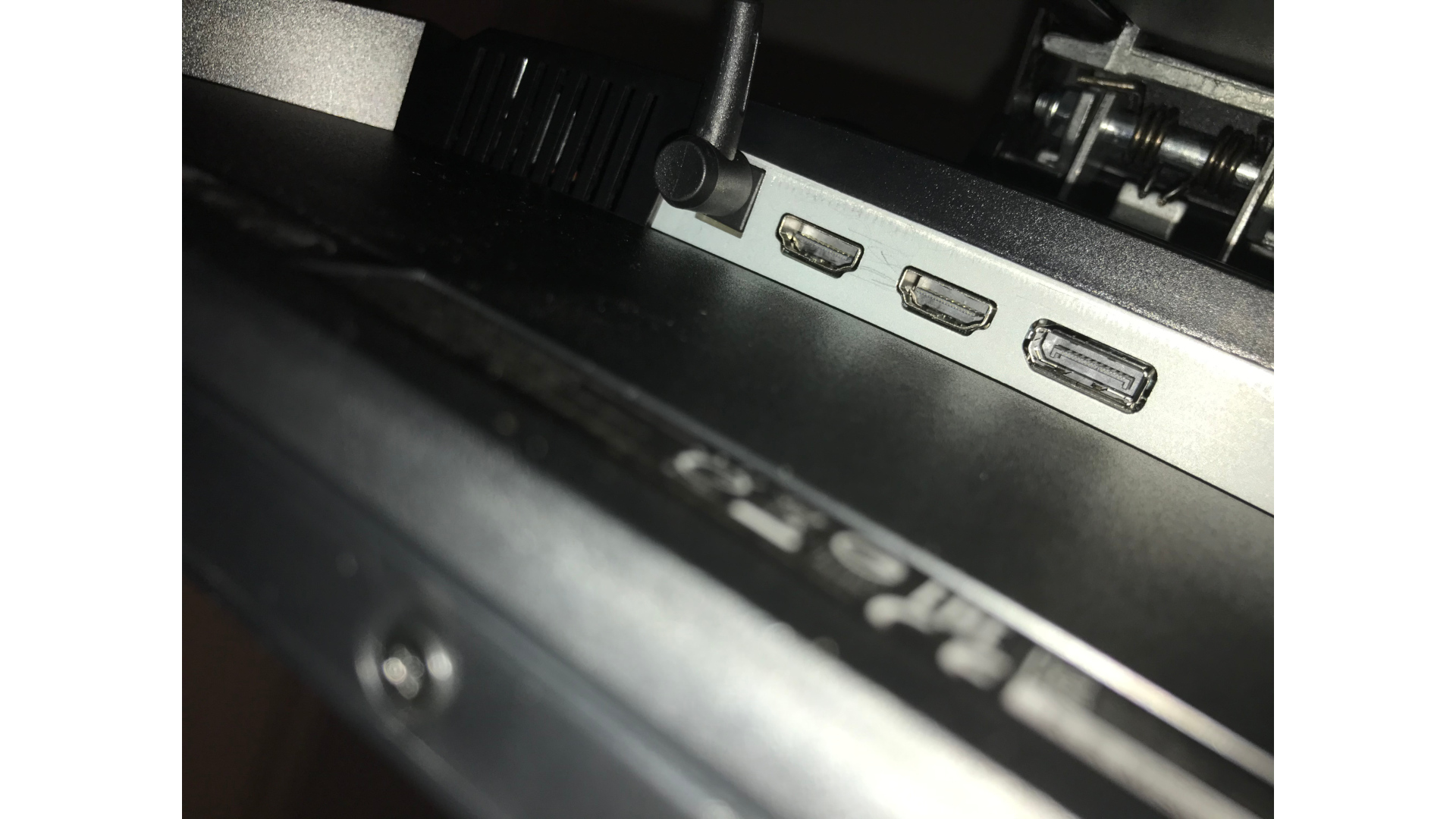 The AG27W offers 1x DisplayPort, 2x HDMI 2.0, and 3.5 mm earphone jack (you’ll want your own earphones as the built-in 2 W speakers are passable at best). Just make damn sure you’ve got the right cables and GPU to hit the maximum refresh rate or make use of HDR-ready content.

The Xbox One S detected and enabled VRR support immediately when connected to the VG27W over HDMI and the results were impressive. I fired up Flying Wild Hog’s Shadow Warrior (2013) and Hard Reset Redux, both games that target 60fps on console but rarely hit it without full-screen tearing. Outside of some sections that really tanked the frame rate, the VG27W eliminated the majority of screen tearing in the 48-60 Hz range. Although these older games only support standard dynamic range (SDR), the expanded 120% sRGB-range and high contrast ensured they looked more vibrant than on my UHDTV.

Unfortunately, those looking to make the most of HDR-ready games and video on PC and console will be disappointed. After toggling a myriad of settings on Windows 10 to enable HDR support for gaming and media - widespread HDR support is clearly still a confusing mess on PC given all the possible configurations - I spent time swapping between the VG27W and my 4-year-old Samsung KU7500-series HDR UHDTV, while gaming and watching HDR Netflix content (I also mixed in the Xbox One S with HDR enabled for further tests). Ultimately, the 400 cd/m2 max brightness just doesn’t produce a significant improvement to the visuals, falling behind the minimum requirement of many recent games that typically bottom at 600 cd/m2 when it comes to calibrating your HDR display. As with my older HDR UHDTV, this can lead to visuals artefacts in games and an experience that is objectively worse than using SDR and the expanded colour gamut. 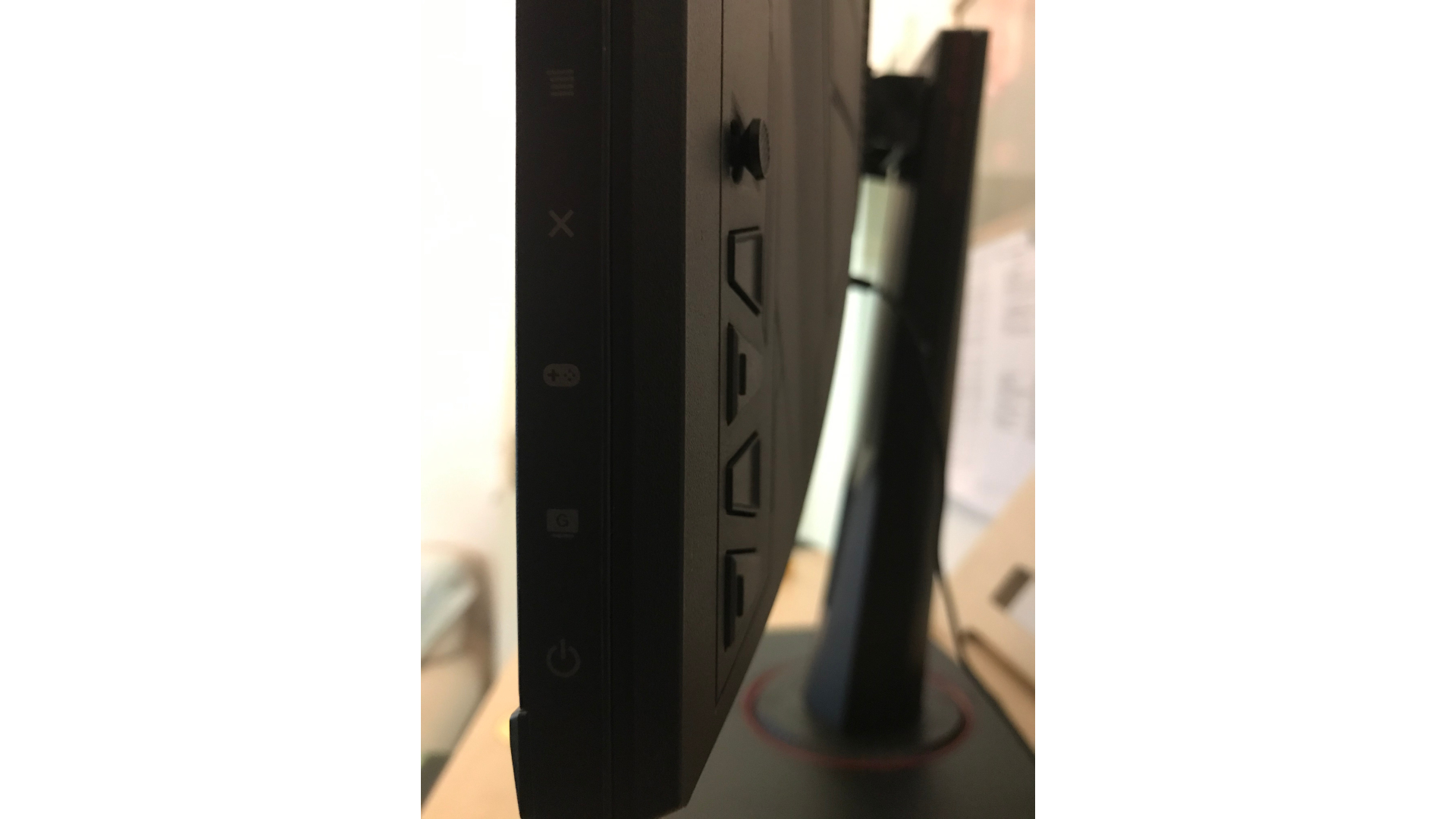 The easy-to-access side panel allows you to quickly adjust menu options, or jump between default or user-defined configurations.

Which brings me back to the point I made in the opening paragraph. If you’re not interested in HDR content, and are simply looking for a solid gaming monitor that offers up WQHD resolution, 1ms response time, and VRR support to help you hit the maximum 165 Hz refresh rate it offers, the VG27W is an excellent and reasonably-priced choice, offering multiple inputs and plenty of visual presets (that purists will probably disable).

If, however, you were looking for a way to experience HDR-ready games or video content, the VG27W lags behind modern HDR UHDTVs. With an RRP around R9,000, this puts the VG27W in direct competition with many mid-tier HDR UHDTVs. While these may not offer a refresh rate exceeding 60 Hz – which may be your stable target for upcoming releases anyway – they do offer 4K resolution and full HDR support. As a result, I’m finding it an increasingly tough decision to pick between specialised high-end monitors and versatile mid-tier HDR UHDTVs.
8