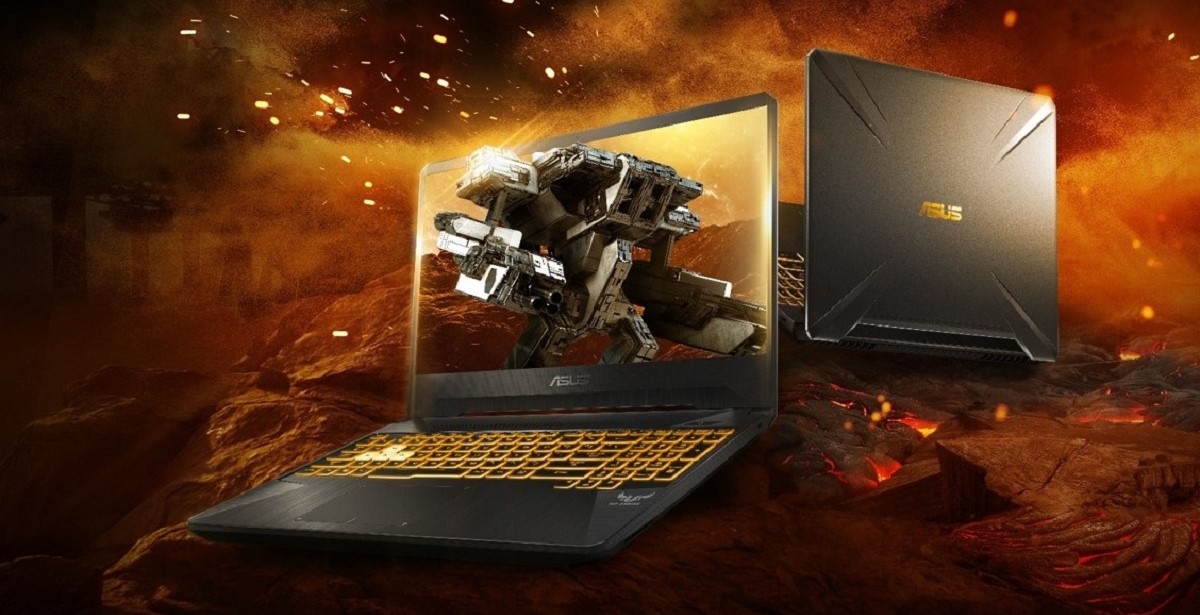 The Asus TUF series of notebooks have often been overshadowed by the ROG line, usually boasting lower-end specs for the entry-level gamer. However, it seems that the TUF Gaming FX505 is evidence that "budget" doesn’t necessarily mean worse value for money. 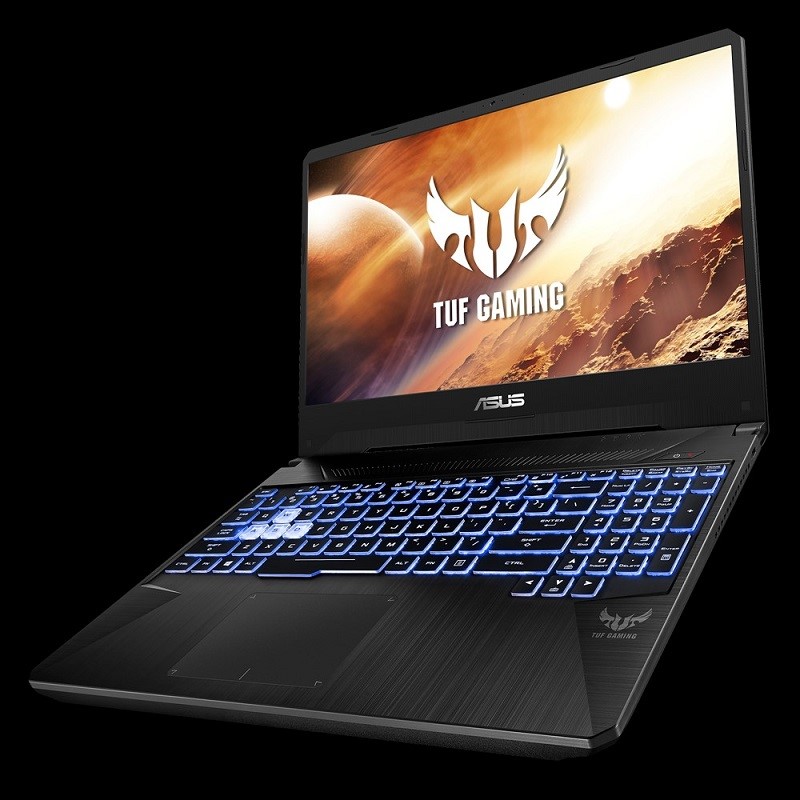 The Asus TUF Gaming FX505 features a pretty edgy design, more compact than its predecessor, offering just 6.5mm bezels around the screen, and a ~12mm bezel at the top. The larger bezel at the top is to accommodate - thankfully - the camera at the top, rather than a chin camera as seen on the ROG series of notebooks. The monitor itself boasts a 15.6-inch, 120Hz IPS NanoEdge panel, as well as a 100% sRGB colour gamut, offering a clear and crisp display, capable of displaying any game beautifully.

The monitor itself boasts a 15.6-inch, 120Hz IPS NanoEdge panel, as well as a 100% sRGB colour gamut, offering a clear and crisp display, capable of displaying any game beautifully

The keyboard itself is taken directly from the ROG Strix Scar II - a notebook we are still using as a daily driver - with the same translucent WASD keys, with the only noticeable exceptions is the re-introduction of volume controls to the F1-F4 keys, rather than being separate keys above these four.

The notebook also features some edgy line-work on the top of the monitor panel, with an illuminated ASUS logo. The monitor itself has minimal branding to it, with not much else to distract you from the screen, which is great. The TUF FX505 also features rounded corners across the device, to give it a less boxy and modern feel, which it accomplishes for the most part. 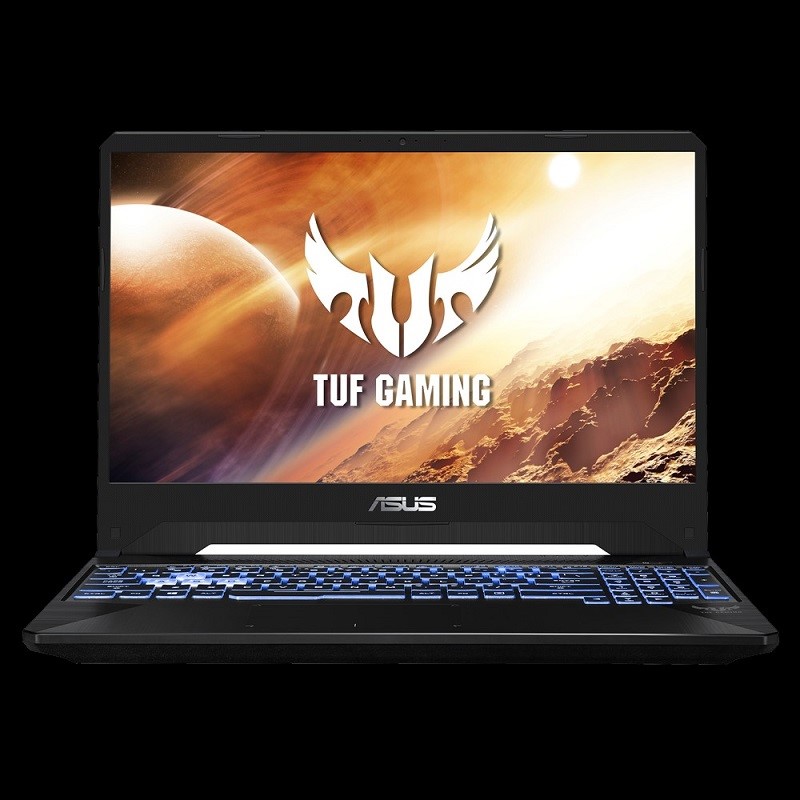 The TUF Gaming FX505 is a rather weighty device, coming in at a little over 2kgs, and 2.5kgs with the charging cable included, and is something that I love to see in a gaming notebook - while heft may be troublesome for travel, it is reassuring that what you have in your hand can get the job done. The build quality is superb, with a metallic hood and hard plastic used for the chassis, offering slight amounts of flex, but you will need a considerable amount of might to snap this machine in half.

One of the most important aspects in a gaming notebook is the cooling system, and it was great to see that Asus had not overlooked this in the Asus TUF Gaming FX505. There are intake inlets on the top (keyboard), the back, and the underside of the notebook, to provide cool air to the components. Exhaust outlets can be found on the back edge of the notebooks, and it is a cooling design that works fantastically in the TUF FX505.

One of the most important aspects in a gaming notebook is the cooling system, and it was great to see that Asus had not overlooked this in the Asus TUF Gaming FX505 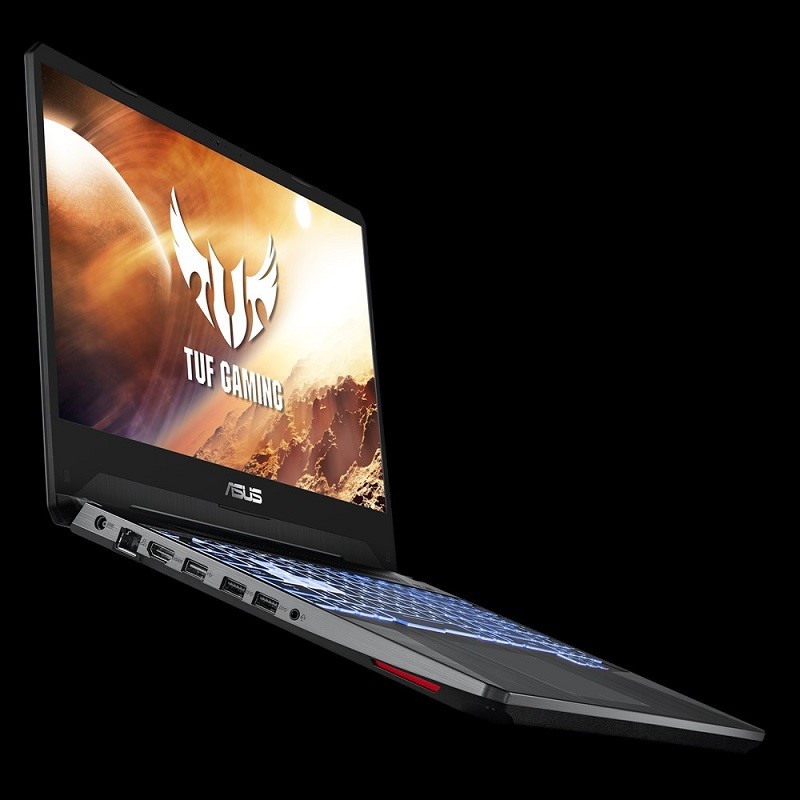 In use, the notebook was rather toasty, and while it may be slightly uncomfortable to have on your lap, the heat never resulted in thermal throttling, or any slow downs. Fans were pretty noisy, reaching above 50dB in some cases, but considering most users will use a set of headphones for their games, this shouldn’t be a problem. This also extends to the speakers, as they are not the loudest or most crisp drivers, however, they are perfect for consuming content. Gaming can be a little underwhelming and they are easily drowned out by the wash of the fans, but again, this can be rectified with a pair of headphones

The TUF series has come from The Ultimate Force (TUF) and the sound between TUF and TOUGH is no coincidence. The TUF Gaming FX505 is built to endure the standard bashes and bumps a laptop would typically face, with a promise of handling “2x the standard shock force” as well as “6x longer in terms of vibration testing”, equating to a more durable, and resilient, device. We wondered just what people do with their laptops on a daily basis, but nonetheless, we decided to put the TUF notebook to the test. After multiple attempts of bumping, thumping, and bouncing on the device, we never saw a single scratch, mark, or any adverse effects to the internals as a result; even after we took the notebook galavanting through a crowded area - in this case, a mall - in a backpack that supports no padding whatsoever. 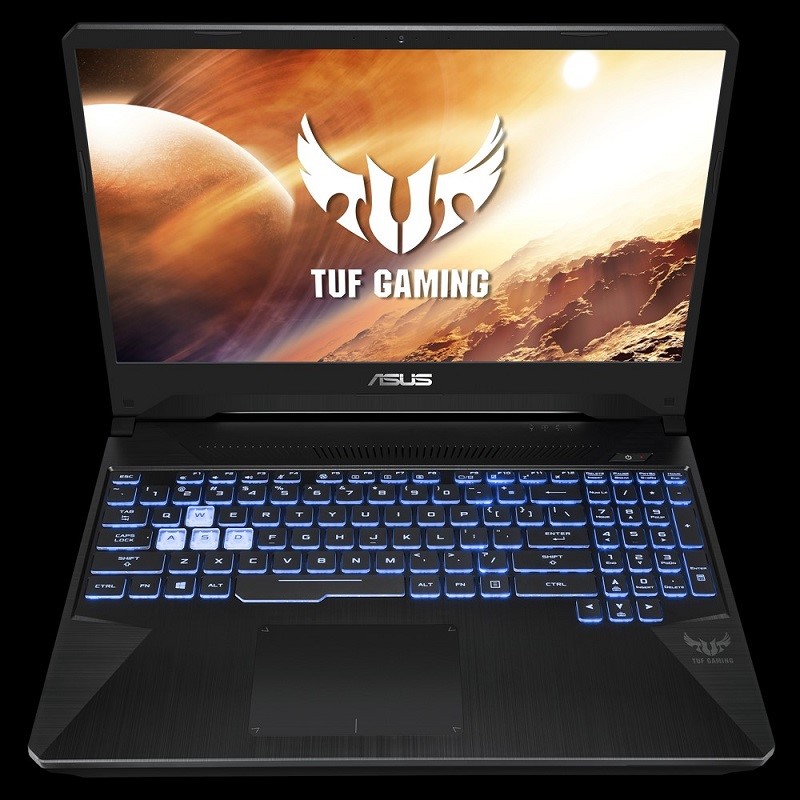 In the end, though, this is still a notebook made for gaming, so how well does it run games? The model we tested offered an AMD Ryzen 5 3550H, Nvidia GeForce GTX 1650, 8GB RAM, 512GB SSD, running Windows 10 Home Edition. To put the Asus TUF Gaming FX505 through its paces, we tested Shadow of the Tomb Raider, The Witcher 3: Wild Hunt, Far Cry 5, as well as multiplayer titles such as CS:GO and Overwatch.

The Asus TUF Gaming FX505 was able to chug out a respective 45-65fps on most of the listed titles - except CS:GO - between High and Very High settings. We did test using Ultra preset, but we felt that the performance hit (sub-40fps) was not nearly worth it, as High vs. Ultra was negligible on some titles. However, CS:GO was considerably higher than this, running at an average of 150fps at default values. While you won’t be getting crazy fps values, you will have a perfectly decent 60fps experience on most titles at a High preset. 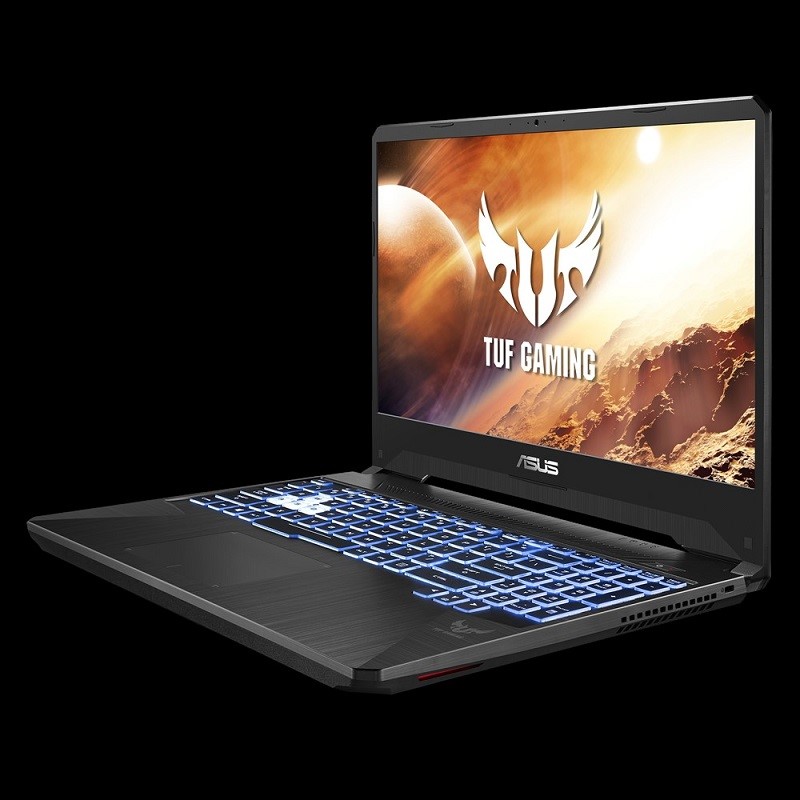 Day-to-day tasks were handled beautifully, with standard web-browsing, emails, and typical deskwork a cinch for the notebook to handle. Thankfully, due to the simple design elements, you could easily use this at a coffee shop, or on the move, without being stared at, like that guy who revs at a traffic light for no reason. In fact, if you have access to a power source, you could even game in public and no one would know the wiser - unless you are screaming at the screen, someone might notice that.

The Asus TUF Gaming FX505 was able to chug out a respective 45-65fps on most of the listed titles - except CS:GO - between High and Very High settings

Production work was also handled with ease, especially if you are handling light video editing (1080p, short clips), photography editing, as well as voice editing. Don’t expect massive 4K files to be pushed this machine with ease, or in a speedy manner, as that is asking a bit much of the GTX 1650 with 4GB VRAM. However, if you are a designer or content creator on the go, the Asus TUF Gaming FX505 can handle quite a lot you have to throw at it.

However, if you are a designer or content creator on the go, the Asus TUF Gaming FX505 can handle quite a lot you have to throw at it

Focuses on form over aesthetics

Fans can be quite loud