Failover protection for when your fibre line goes down. 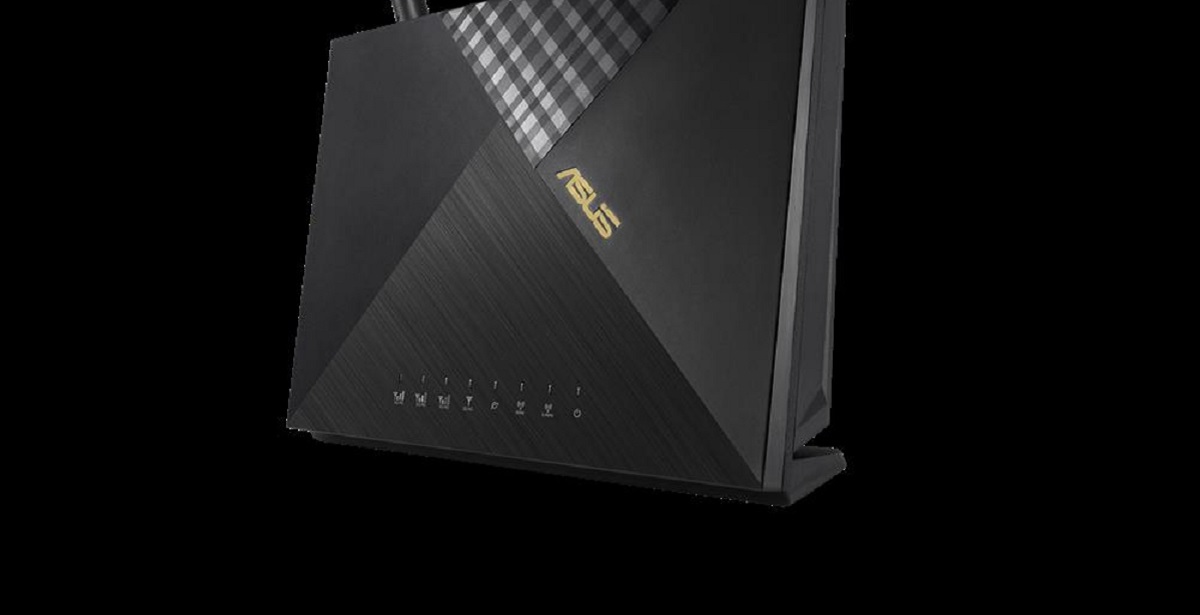 A router is a router is a router. I mean unless you are a real power user any old router is generally good enough even if you are gaming most of the times. Well, you’re wrong a good router is the difference between utilising every bit of the expensive fibre network that you are paying an exorbitant amount for and just barely using it. Good thing that this Asus router falls into the latter category. 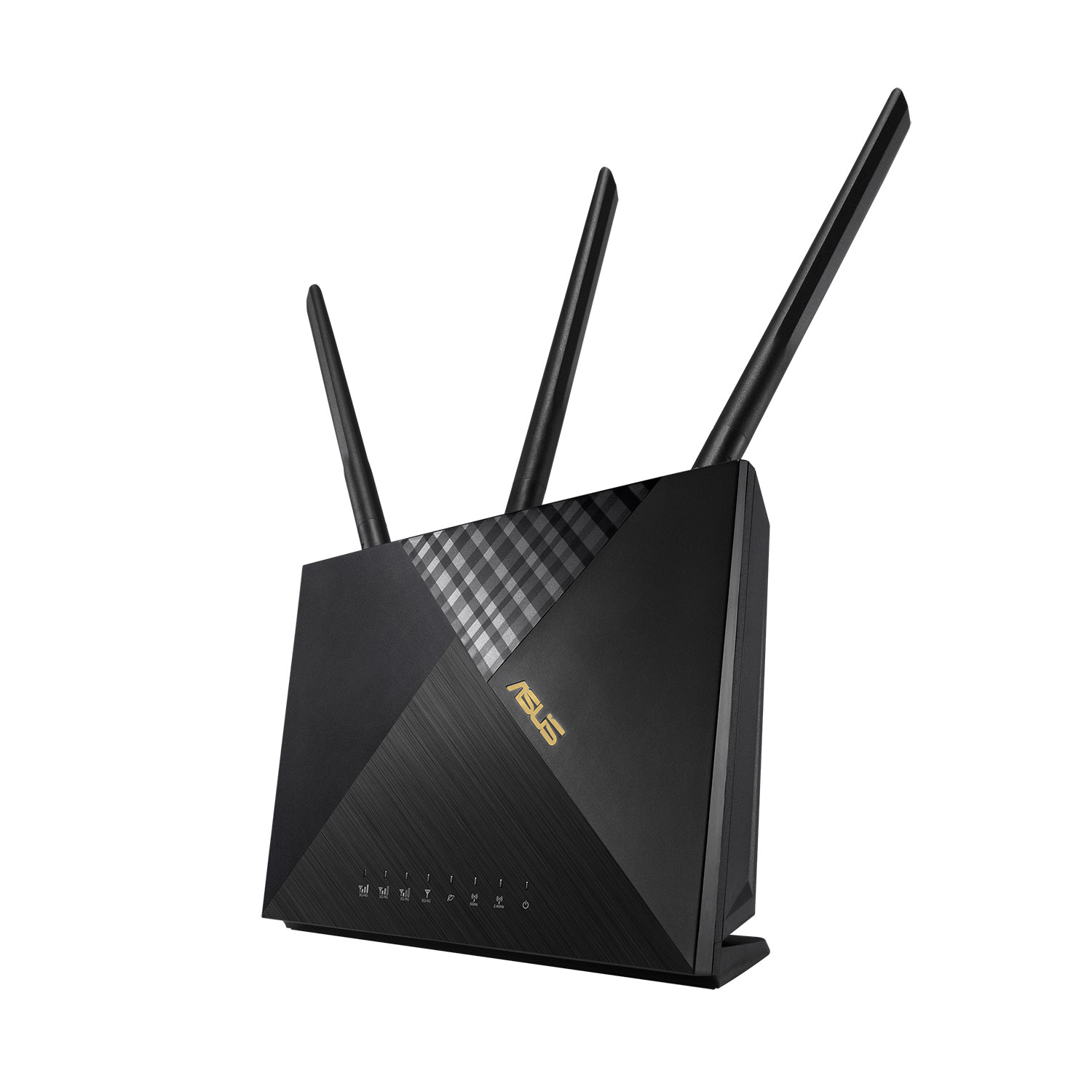 The router is not a looker. It is a functional black rectangle with three Wi-Fi antennas and a bank of indicator LEDs on the front. There’s some concession to aesthetic with the patterns on the front plastic.

The rear is even less interesting with the plastic a simple flat matte black and the usual WAN port and 4 ethernet ports. 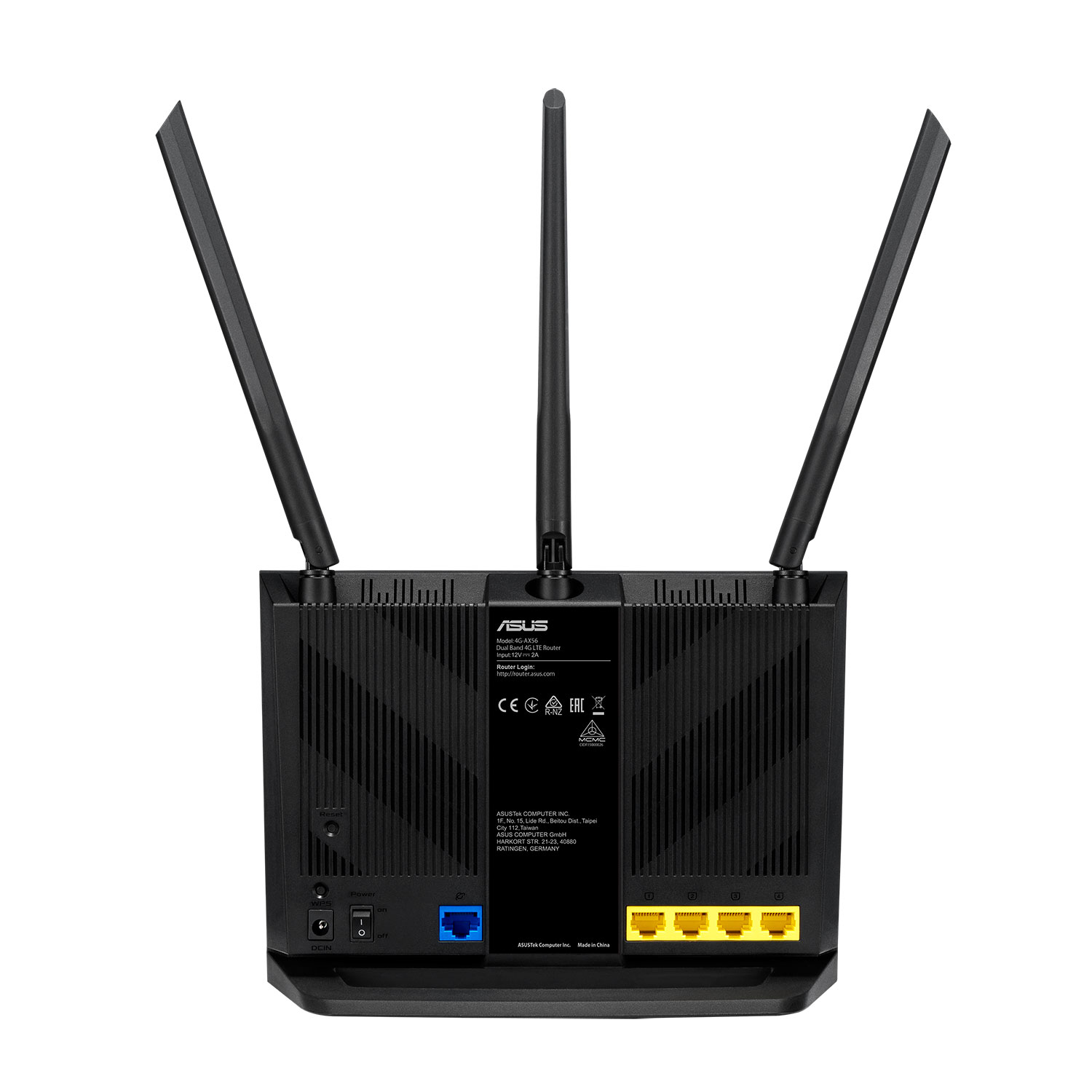 But the looks aren’t what we are interested in, it’s the performance. And the first step in that performance is the setup and ease or lack thereof. Using Asus’ Router App is simple and easy from your phone allowing for a quick and easy setup. The app itself is pretty powerful allowing you to monitor connections after setup as well as block any unknown devices should you need to.

If you don’t like the app, you can access the router from your browser and the user interface here mirrors the app. Navigation to connect to your ISP and to create a primary wireless network as well as guest network is simple and easy. Just make sure you use a complex password for your networks as well as using a WPA2-AES protocol password as that is the most secure protocol and will prevent your neighbours from stealing your precious data and bandwidth.

Limiting bandwidth and data usage is a snap on this router.

Managing devices, your network map and any device download limits is simple and easy in this app. As a test I was able to limit my wife’s laptop usage so as to ensure that her Youtube watching wouldn’t impact on my gaming. The same goes for guest wi-fi, allowing visitors to access your internet is polite, but you don’t necessarily want them using your network to download movies and update all their devices while enjoying your hospitality. Limiting bandwidth and data usage is a snap on this router.

Wireless performance is excellent supporting 802.11ax wireless protocol meaning that you get up to 1800Mbps speed. I prefer having most of my devices wired to the router, I have the infrastructure for it, but with my Xbox Series X, two laptops, two cellphones and a smart TV connected wirelessly I experienced little to no speed issues even while downloading games to the Xbox and the laptop, while streaming Netflix at 1080p and doomscrolling on my phone. 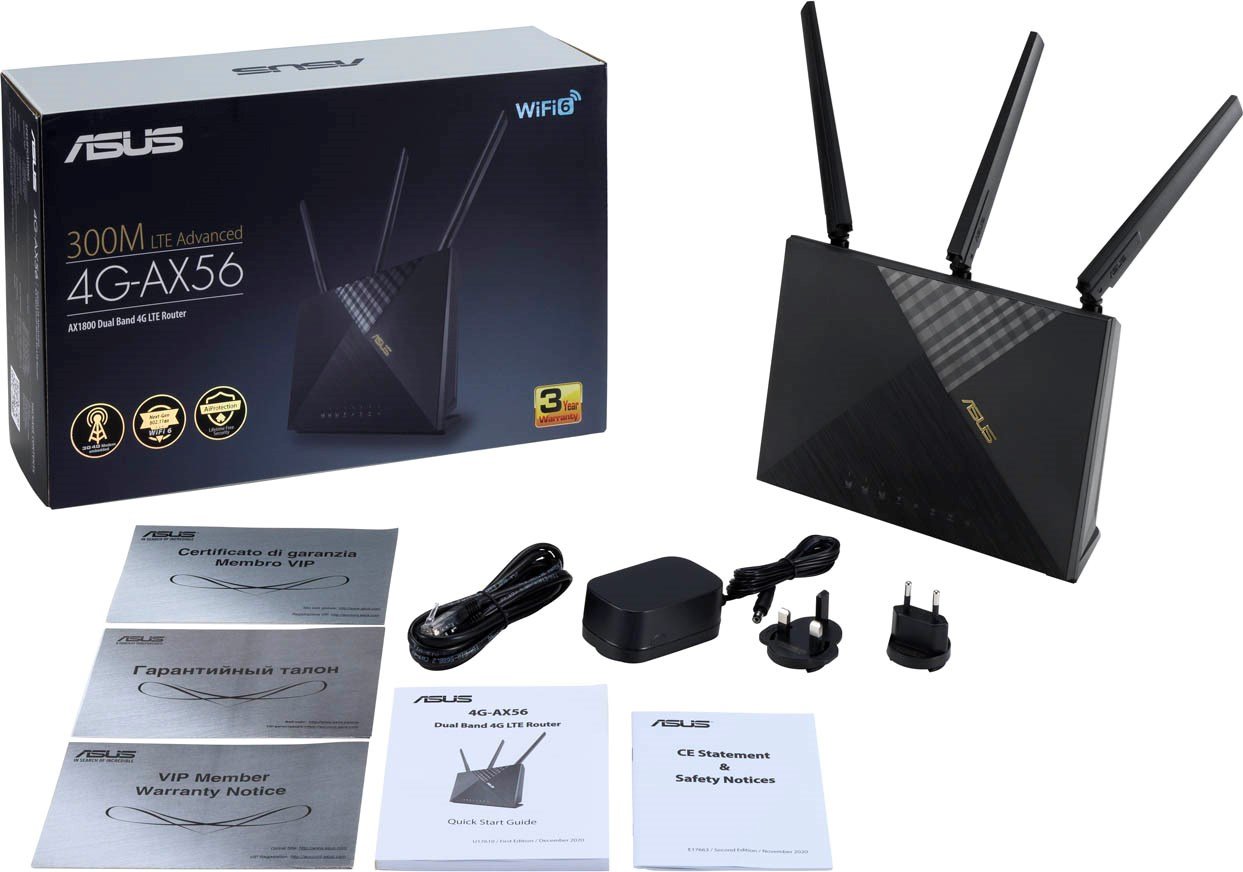 While our internet infrastructure has improved, we still do suffer from outages every so often. I have had issues with the local council breaking my fibre line every few weeks as they replaced all our water pipes. Working from home meant that I needed a stable internet connection and while hotspotting from my phone was good enough for emails and Teams Chat, video calls were nigh impossible.

Asus has thought about this and included a nano-sim tray in this route for 4G failover in case you lose connectivity. I tested this a couple of times and it worked well, changing over fairly quickly, nearly seamlessly and providing a very good connection all over the house. The router supports up to 300Mbps LTE so you will still be gaming should your connection go down.

The Asus 4G-AX56 is an excellent router if you are in the market for a new one. If my house should get struck by lightning again I will definitely consider getting this router as a replacement.
9

Easy to setup and maintain