Curved is the new flat. 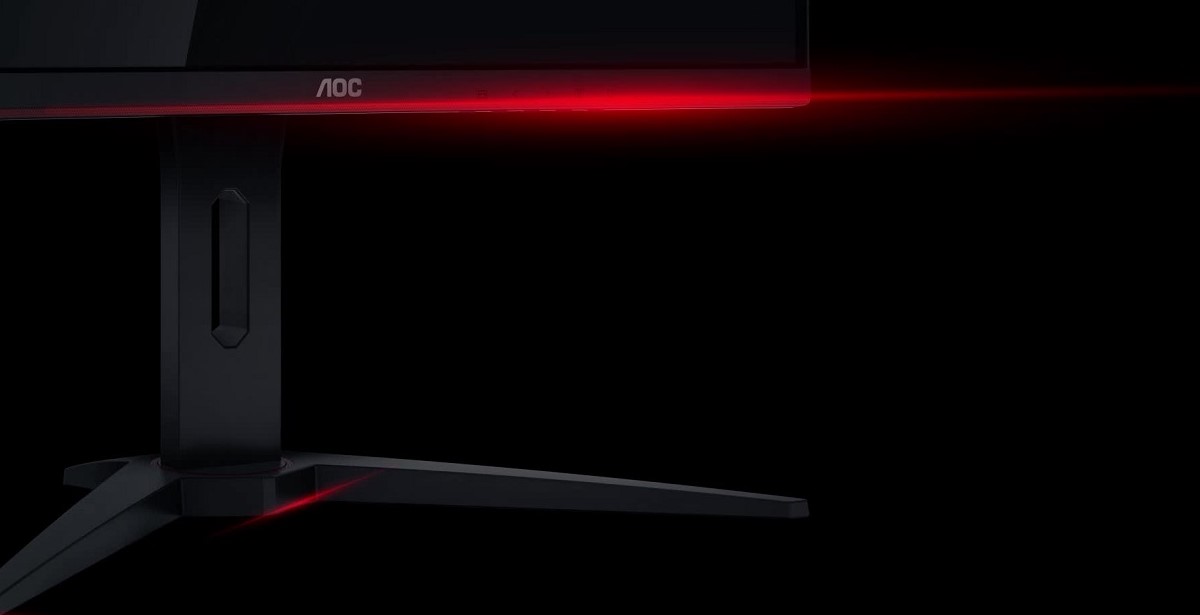 I always speak about the importance of a monitor when it comes to the ultimate PC gaming experience, and even for console gaming as well. However, there's been a rising popularity in curved monitors lately, and I must be honest, I never understood why. They're pretty, they're cool, but a traditional flat screen always seemed to be just fine. The AOC C24G1 Gaming Monitor reminded me of why "just fine" isn't enough.

The AOC C24G1 Gaming Monitor features a 1920 x 1080p 23.6" Curved VA panel, with a curve of 1500R to closer represent the natural curvature of your eyes, which reduces strain, as well as create a deeper sense of immersion. The monitor also comes equipped with a 144Hz refresh rate 1ms response time, as well as AMD FreeSync to prevent screen tearing.

The AOC C24G1 offers a 178-degree vertical and horizontal viewing angle, with a colour gamut of sRGB 96%, with 16.7 million colours, 80 million:1 DCR contrast ratio, and a brightness of 250 cd/m2. The monitor also offers a -5 - 23-degree tilt, -35 - 35-degrees swivel, and a 130mm height adjustment, but you are able to wall mount it as well, should you wish. Finally, the monitor offers four display connections - 2 x HDMI, 1 x DisplayPort, and 1 x VGA; the HDMI and DisplayPort connections provide a 1080p resolution at 144Hz, and the VGA provides a 1080p resolution at 60Hz. 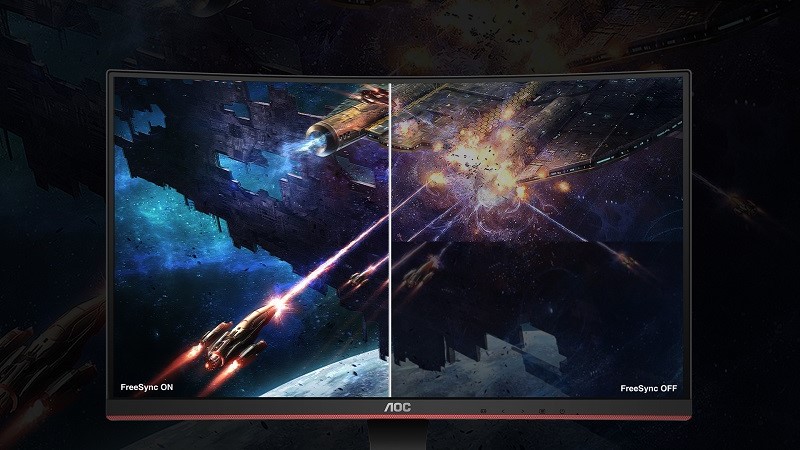 As I said before, curved monitors have always been something of an "out-there" concept for me, considering a flat-screen gave me more than enough immersion. However, using the AOC C24G1 Curved monitor, I realised just how much better a curved monitor really is, and it wasn't just for the immersion, but the reduced eye-strain as well.

See, curved monitors require less effort from your eyes because they do not have varying distances to look at, as they would a flat-screen monitor. For reference, I sit less than a metre away from my monitor on a daily basis, and so, the distance my eyes need to see is vastly different from the centre of the screen to either side. Not only does the AOC C24G1 have a curved panel, but the curve sits at 1500R, which is far closer to the natural curve of our eye than most curved monitors out there. This resulted in an incredibly reduced eye-strain, and that's not even including the flicker-free and eye-saver mode that reduces blue-light from the panel. All three of these elements equate to an incredible gaming experience, all without causing catastrophic damage my eyes.

I have stated before that a 144Hz monitor will not make you a pro, but I was able to secure an extra kill or two, on average, in each game.

The FreeSync chip and 144Hz refresh rate made playing twitch shooters a dream, also thanks to the 1ms response time, as we tested Battlefield V, Apex Legends, as well as CS:GO. I have stated before that a 144Hz monitor will not make you a pro, but I was able to secure an extra kill or two, on average, in each game. However, it wasn't simply my K/D ratio that improved; it was my overall experience of each game. The buttery smoothness of each title was phenomenal and reminds PC players just what experience they should be having. 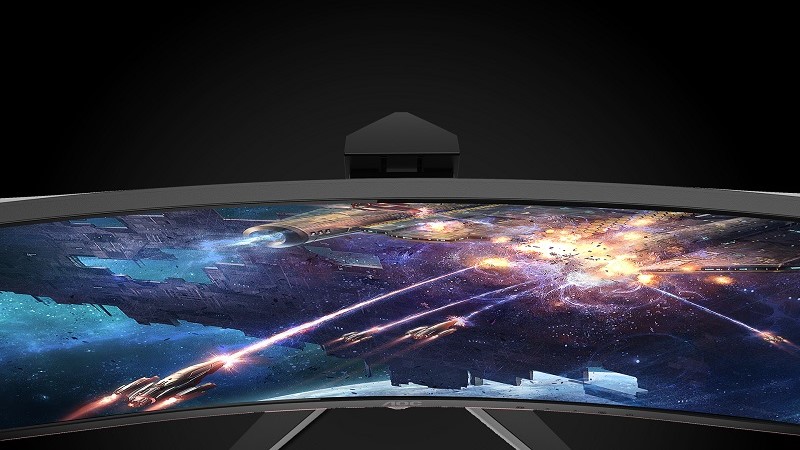 The slim bezel design, coming in at an ultra-narrow 1.5mm bezel, and a 5.6mm black screen border, adds to the premium aesthetic and seamless immersion. By using most of the 24" screen, the AOC C24G1 also adds an extra touch to productivity and content consumption, giving you more space to work with.

By having my PS4 Pro, Nintendo Switch, and my PC connected at the same time, all I needed to do was switch between inputs, rather than have to plug cables in and out...

The versatility of the AOC C24G1 creates a central hub for all your gaming platforms, by allowing you to connect two HDMI connections at the same time, such as a console or laptop; a DisplayPort for those ultra-fast refresh rates from PC; as well as a VGA connection, for older connections. By having my PS4 Pro, Nintendo Switch, and my PC connected at the same time, all I needed to do was switch between inputs, rather than have to plug cables in and out, which is something really undervalued by those who play on multiple platforms.

Finally, the colouring of the VA panel was beautiful. While the AOC C24G1 only features 16.7 million RGB colour, the use of this colour, and the way it is displayed - especially with the 80 million:1 DCR - made every game I played sparkle. RPG's and open-world titles benefited the most, as the environments and the worlds truly came to life. I tested Days Gone and God of War on PS4, as well as The Witcher 3, Just Cause 3, and Fallout 4, and while it wasn't like playing a completely different game, I noticed far more details in each title, thanks to the new colouring.

My only disappointment with the AOC C24G1 was the exclusion of speakers. I have always enjoyed AOC for the fact that they typically include speakers on their models, but that was missing this time around. It wasn't too much of an issue as I always use headphones for all my gaming, and there is a headphone jack available on the monitor. 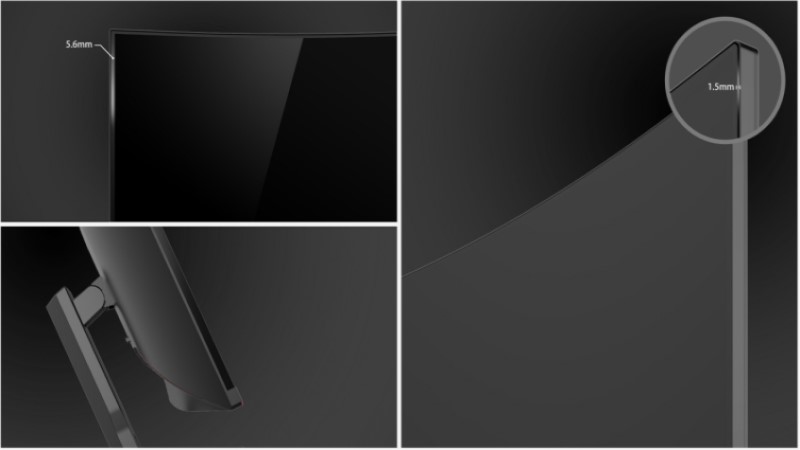 Overall, the AOC C24G1 does more than just make games pretty. It offers an optimal PC gaming experience, as well as offers versatility for consoles. For the price point - R5000, roughly - it also proves that a 1080p, 144Hz, ultra-smooth gaming experience is really accessible, and that folks looking to upgrade their visuals can achieve this without completely wrecking their wallets. Finally, it reminded me that a 1080p 60Hz experience was adequate, but the ultra PC gaming experience is now within reach for most. Not to mention the added deep curve for immersion and reduced eye strain.
9.5

Magius
Is this a Freesync monitor certified by nVidia to work with Gsync?