Game over, man! Game over! 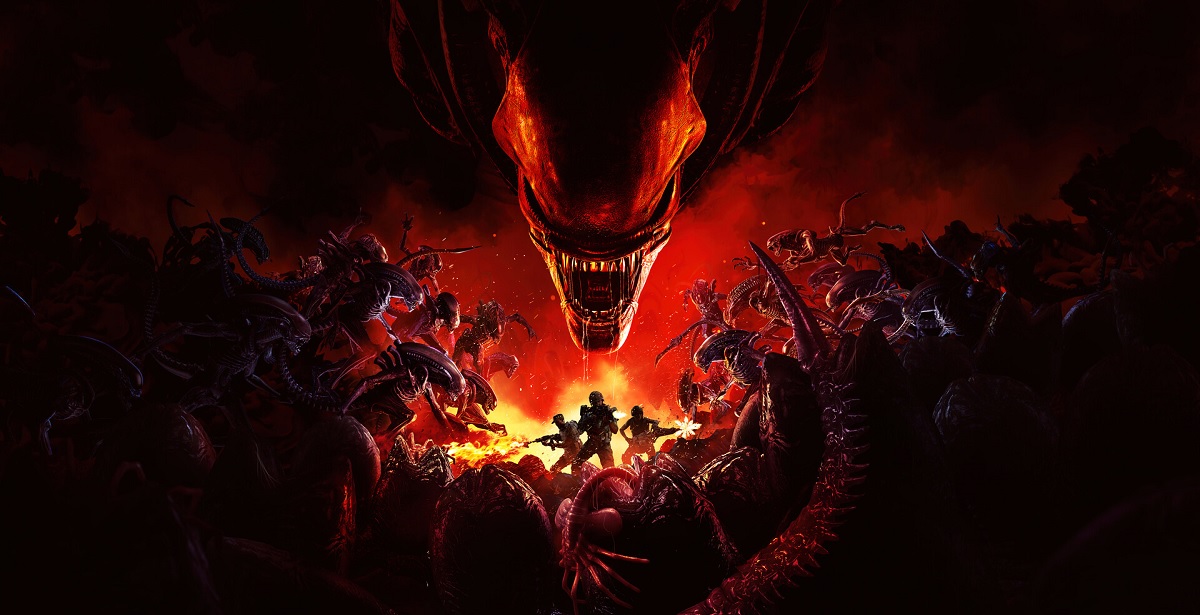 There has been a trend of late for games to come out with a co-op, squad styled campaign mode, and Aliens: Fireteam Elite is no exception. While the overall premise of the game is promising, unfortunately the mechanics and gameplay feel a tad clunky and repetitive. The missions seem to be the same throughout - go to a specific location, plant some explosives, open some doors, etc., prepare yourself and then wait for the spawn to attack. There aren’t really any twists in the story and while it is a shooting game, I kept waiting for a “holy cow” moment that never really came. 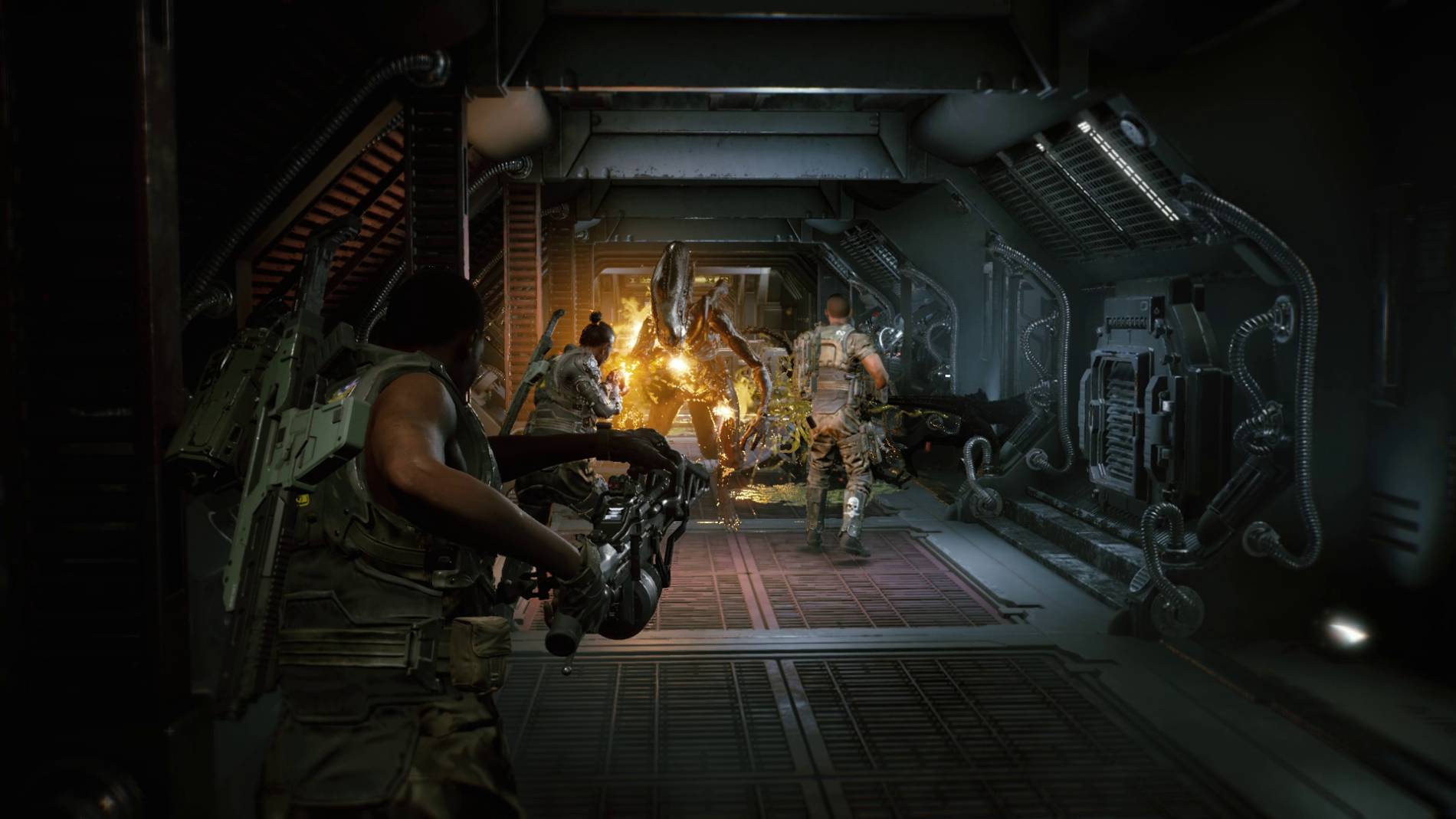 Taking place 23 years after the events of the original Alien movie trilogy, Aliens: Firestorm Elite sets its own scene while relying on the success of the movies to draw players in. The level design in the missions is bare and linear (especially at the beginning) and there’s very little interaction. There are so many passageways that lead to a door you can’t open and as a looter in shooting games, I was hoping for more to explore - or at least some collectibles or stash waiting somewhere off the path. It’s also very easy to miss the intel that is scattered around the missions. As a player, you need to go right up to a very unremarkable looking desk and the only way you would know that there is intel there is to get a prompt to collect it. 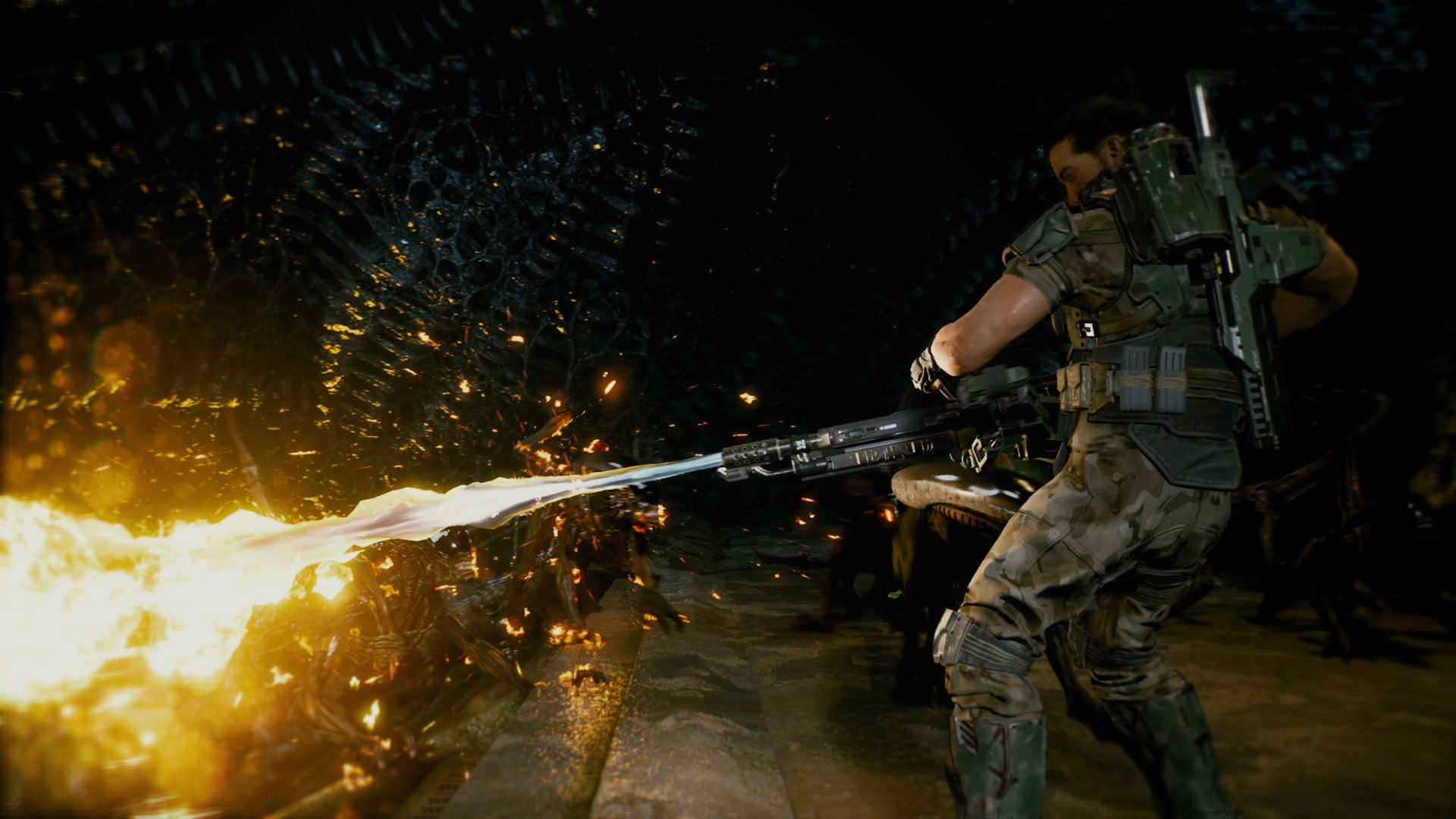 The AI in the game is pretty bland. The Xenomorphs spawn in the same area at the same time over and over again, so it’s pretty easy to redo the mission a couple times before learning these exact areas and what abilities you need to use. After a few playthroughs, there really isn’t any guesswork involved anymore about what you are going to face. Thankfully, there is a diversity among the enemies that you face - from your common Xenos to prowlers, spitters, bursters, synths and Working Joes, so there are a lot of different ways you can be attacked and a few ways that you can learn to counter the enemies.

After a few playthroughs, there really isn’t any guesswork involved anymore about what you are going to face.

Between missions, you wander around talking to NPCs who for some reason just stare at you on the screen, even though you are basically in a cutscene with them and have dialogue choices. There is zero animation when they speak… it kind of has a really awkward feeling to it. 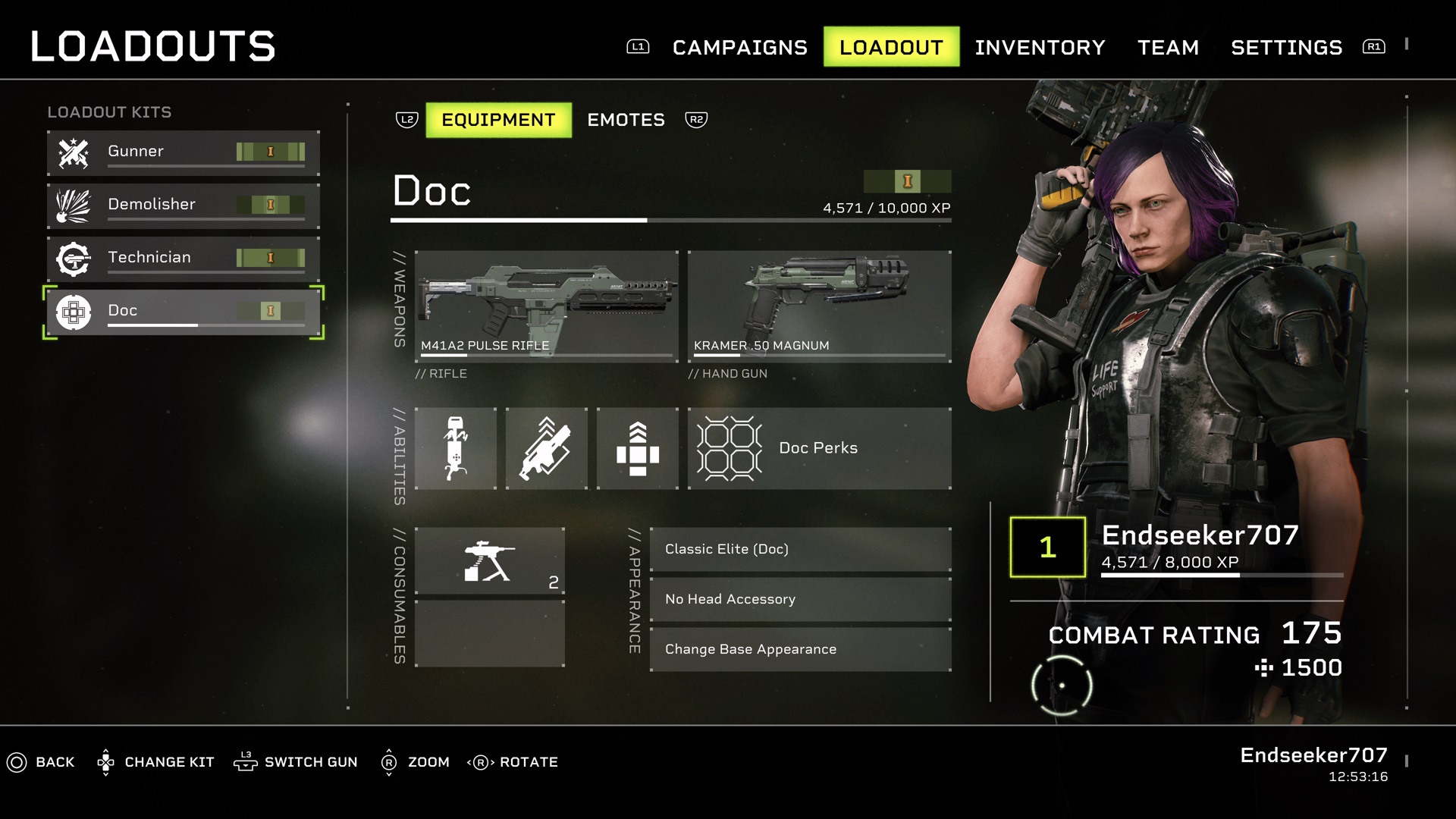 Players can choose how they want to play Aliens: Fireteam Elite by choosing their character type. It’s important to make sure you choose a team structure that compliments your playstyle. There isn't really a huge difference in the weapon choices of the characters - the only real difference is the equipment and abilities that set them apart. Those players who enjoy being right up in the face of the Xenomorph would want to choose gunner or doc and players who are more inclined to set up traps or blast xenos from a distance would enjoy the demolisher or technician classes.

Loadout types include special abilities and ability modifiers that are linked to the archetypes:

Gunner: A typical marine type of character, the gunner is medium range with abilities that compliment high firepower and mobility.

Demolisher: A heavy artillery character, the demolisher has abilities to incapacitate large groups at a time.

Technician: Combat technicians are there to direct enemies into specific lanes or areas for effective control or to slow the enemies down when they advance. Abilities for the technician include items such as sentry turrets and electric shock coils.

Doc: The combat medic is a great asset to each team, boosting the team performance with abilities such as emergency healing via a trauma station or combat stims that grant all allies with increased stamina, accuracy and movement speed.

Your character lacks a backstory, or even a personality as you’re basically just a die-cut soldier on a mission. Weapon customization options are limited, and there is really only one skin for my weapon that I want to unlock because who doesn't want their weapon to glow while beating down some xenos? On a (very high) plus side, I could choose purple hair for my character, so that gets a super thumbs up from me! 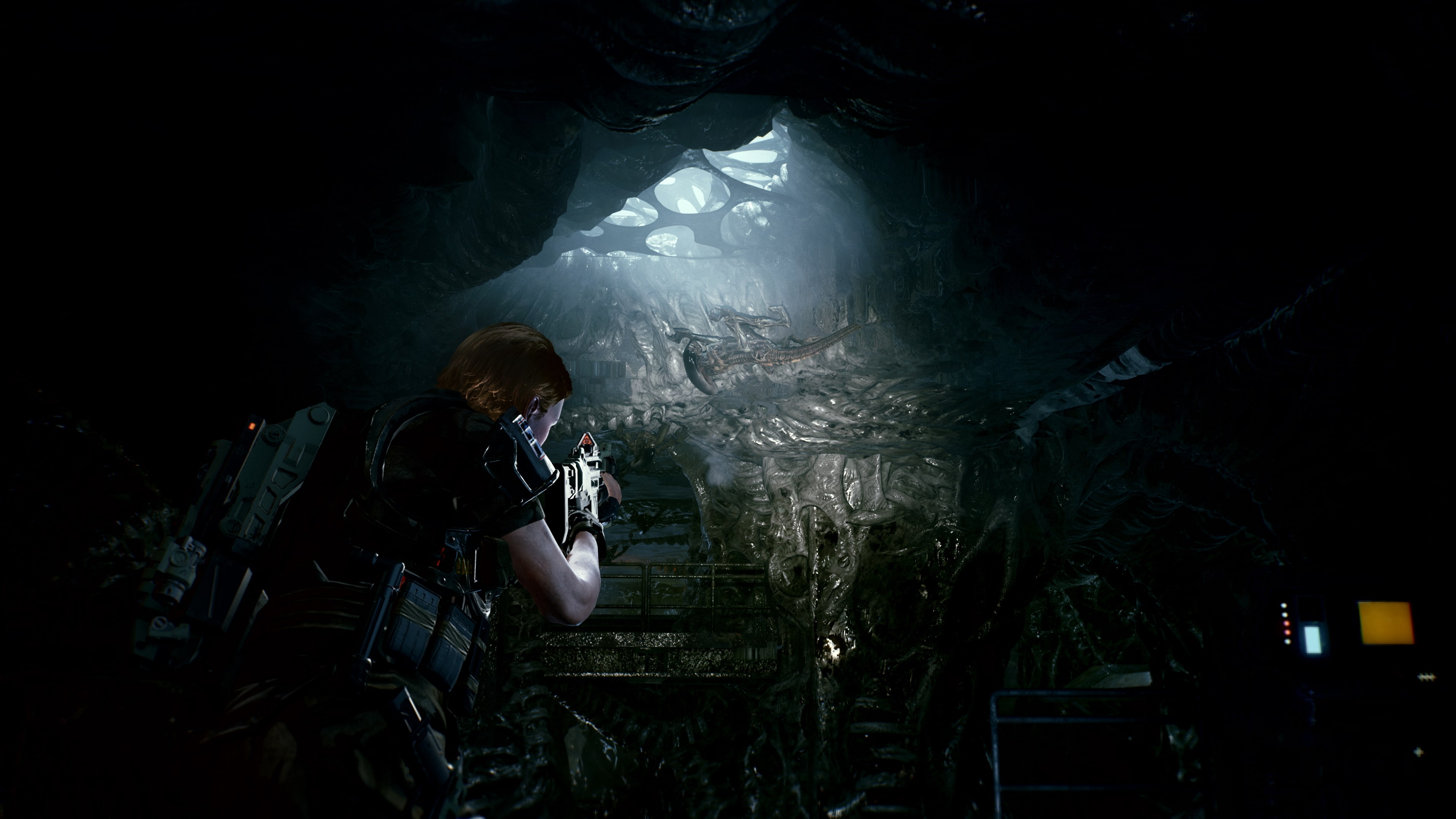 Squads of three players embark on different, unique missions in the campaign mode to unlock new storylines that haven’t been seen yet in the Alien universe. While the lore is what you would come to expect from the Alien franchise, fans will enjoy diving into these new stories. If you aren't a fan of the original movie trilogy, you may find the lore a bit political and confusing, but luckily it’s not essential to the game.

You can either squad up with your friends, matchmake with randoms or have AI teammates at your side as you navigate these. Campaign missions can be replayed as you learn the level mechanics, so you and your teammates will get a better feel for the map layout, spawn areas and where to find intel that you may have previously missed. Teams can start on casual mode and work their way up to insane mode when they have levelled up their characters and learned the mission specifics. As stated earlier, the missions play themselves out the same way each time, so if you find yourself getting stuck in one fight and dying, you can prepare differently the next time around.

While the lore is what you would come to expect from the Alien franchise, fans will enjoy diving into these new stories.

The game also offers challenge cards to add a bit of variety to the missions. From going through the whole mission without taking damage to a speed run challenge, players will be tested and rewarded for completing these challenges. 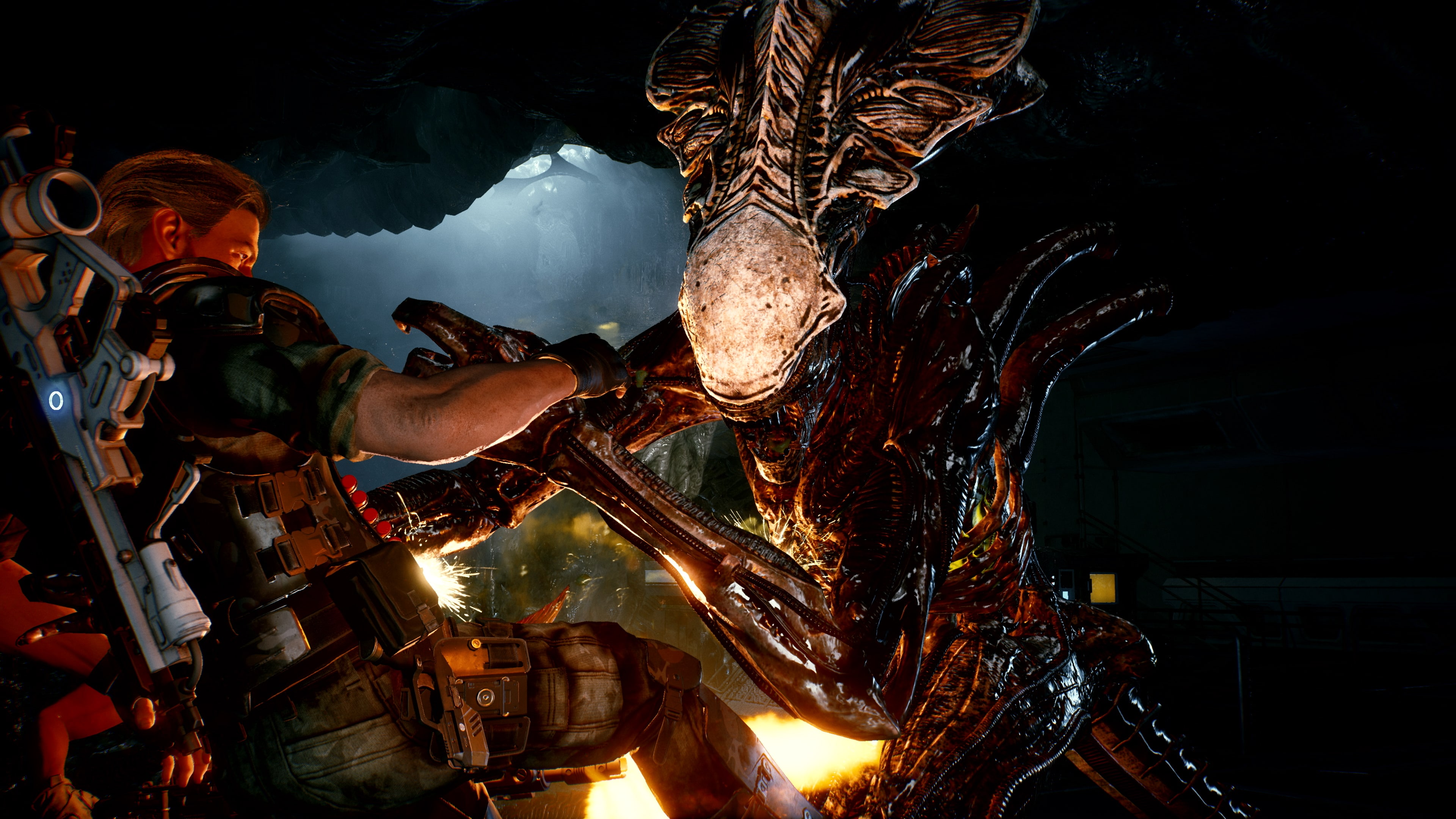 Once you have completed the campaign missions, you will unlock a Horde mode. Players may be familiar with a similar concept in a popular first person shooter game - waves of the horde descend upon you as you and your team fight to overcome them. With over 20 different enemy types, 11 of those Xenomorphs from the Hive itself, it is easy to become overwhelmed and be taken down without a solid team and a good strategy.

Each enemy type has their own strengths, weaknesses and their own nuances, so don’t underestimate them or you will be overrun. Using cover, abilities and teamwork is the only way to survive to the end, so make sure to gear up to the max and survive as long as you can. 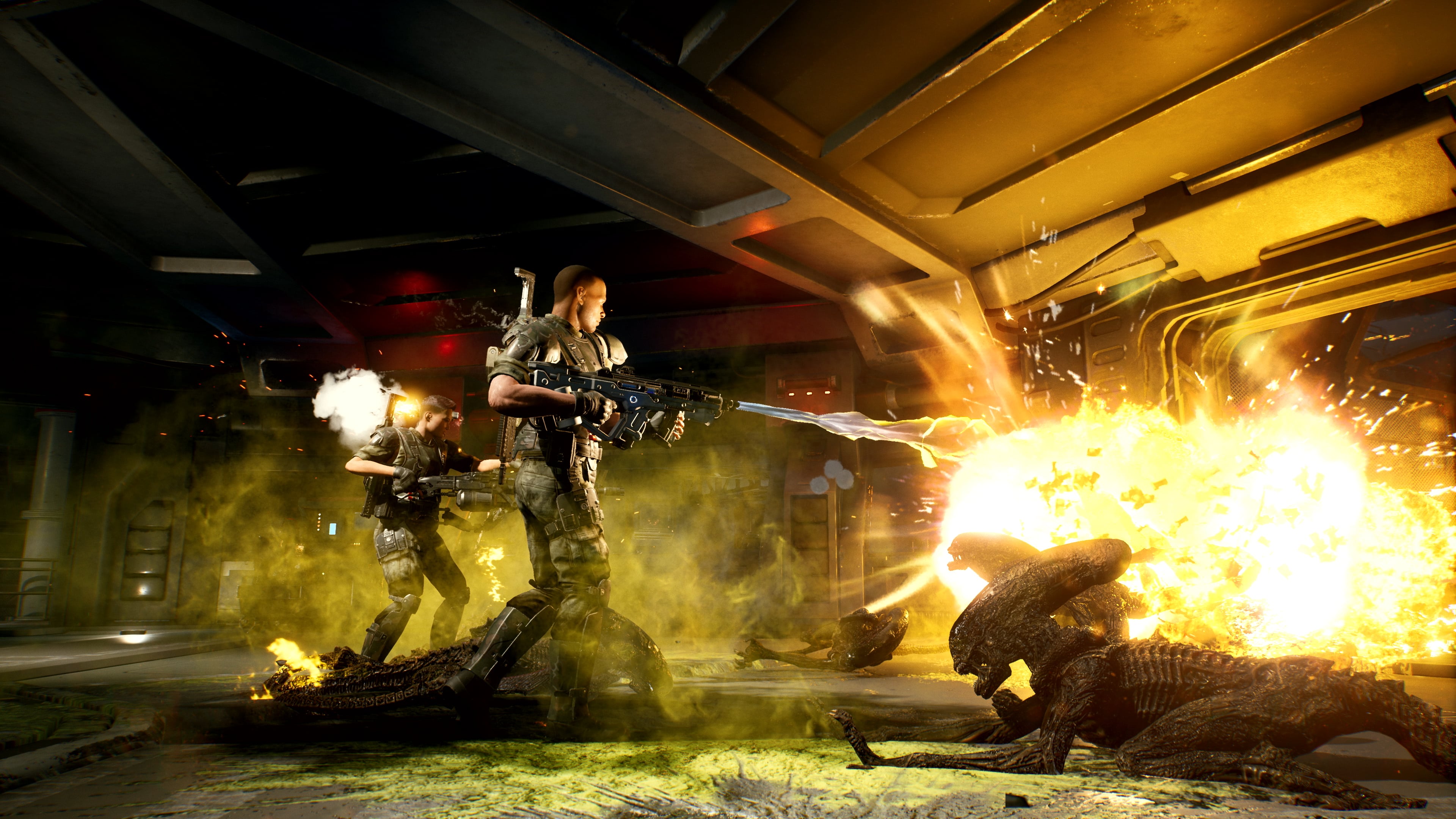 Aliens: Fireteam Elite is a fun shooter from the developers at Cold Iron Studios. The Xenomorphs pop out of vents and scuttle along the walls and ceiling (attributing to my freak outs). I’m not going to lie, I had my team in stitches as I panicked my way down dark corridors and cursed at random falling objects. The sound mixing is pretty good in the game as well; eerie sounds and random pipe bursts adding to the intense atmosphere of the game. My biggest issue was the weird way that the menu moves around as you are selecting your loadouts and doing settings, etc. At first I thought the screen size was off, as it is almost like the menu was too big for my screen. But after searching for at least 15 minutes for a menu setting, it appears that this is intentional. It messed with my brain.

With a couple friends, Aliens: Fireteam Elite sets itself up for hours of fun. AI characters are not the best way to play the missions seriously as you can’t cooperate with them strategically, but it is a good way to learn the mission parameters so you can ace them together with your squad in intense mode. Besides the flatness of the levels and the AI/NPC issues, the game is actually enjoyable to play, especially if you are looking for a fun, brainless shooting game where all you have to do is unload bullets into creepy crawly things.

Lurch
Every new Alien/Aliens game should just run with the marketing "Better Than Colonial Marines!". Still glum this wasn't an Alien Isolation sequel but keen to give it a go when I can coordinate my mates.

Tea
@Knight - exactly that! for R599 and a "campaign" that covers the aliens movies, including prometheus, im game!

KnightFall500
No big surprise with the game score, still looks like a fun shoot'em up if you an Alien fan.
The price point helps as well. 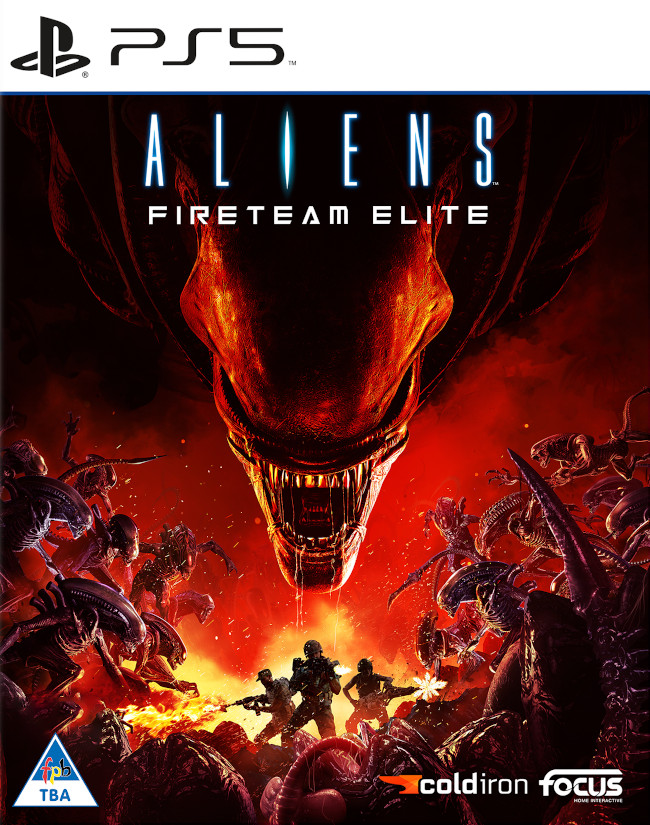