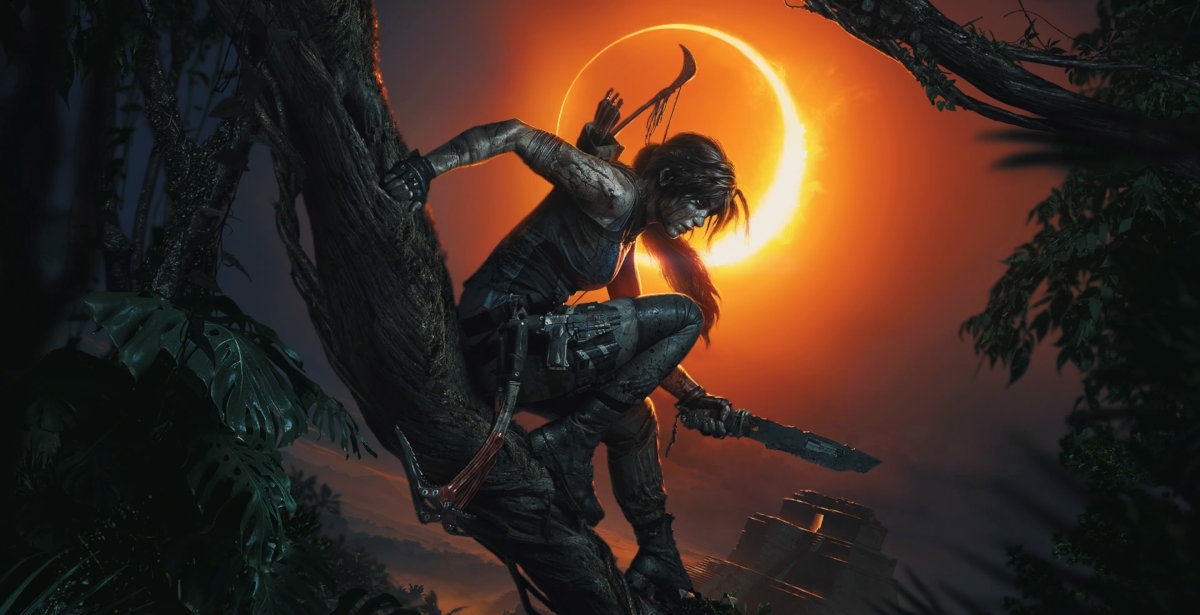 Shadow of the Tomb Raider is one of many games that I’ve gone back to replay, and enjoyed far more without the time pressures of reviewing it. When I reviewed it in 2018, I thought it was it was a good sequel but felt too familiar – which is, objectively, still true – however, it’s since become my top pick in Crystal Dynamics 2013-2018 trilogy. I criticized Tomb Raider (2013) for too many man-made settings and the focus on combat, while praising Rise of the Tomb Raider for a better mix of locations and the shift back towards exploration and puzzling. Shadow of the Tomb Raider, especially if you pick up the “Definitive Edition” that integrates seven extra tombs into the game, becomes the polar opposite of Tomb Raider (2013). In fact, I'd guess the sheer abundance of tombs to explore and puzzle through might be a turnoff for some, but I loved it. 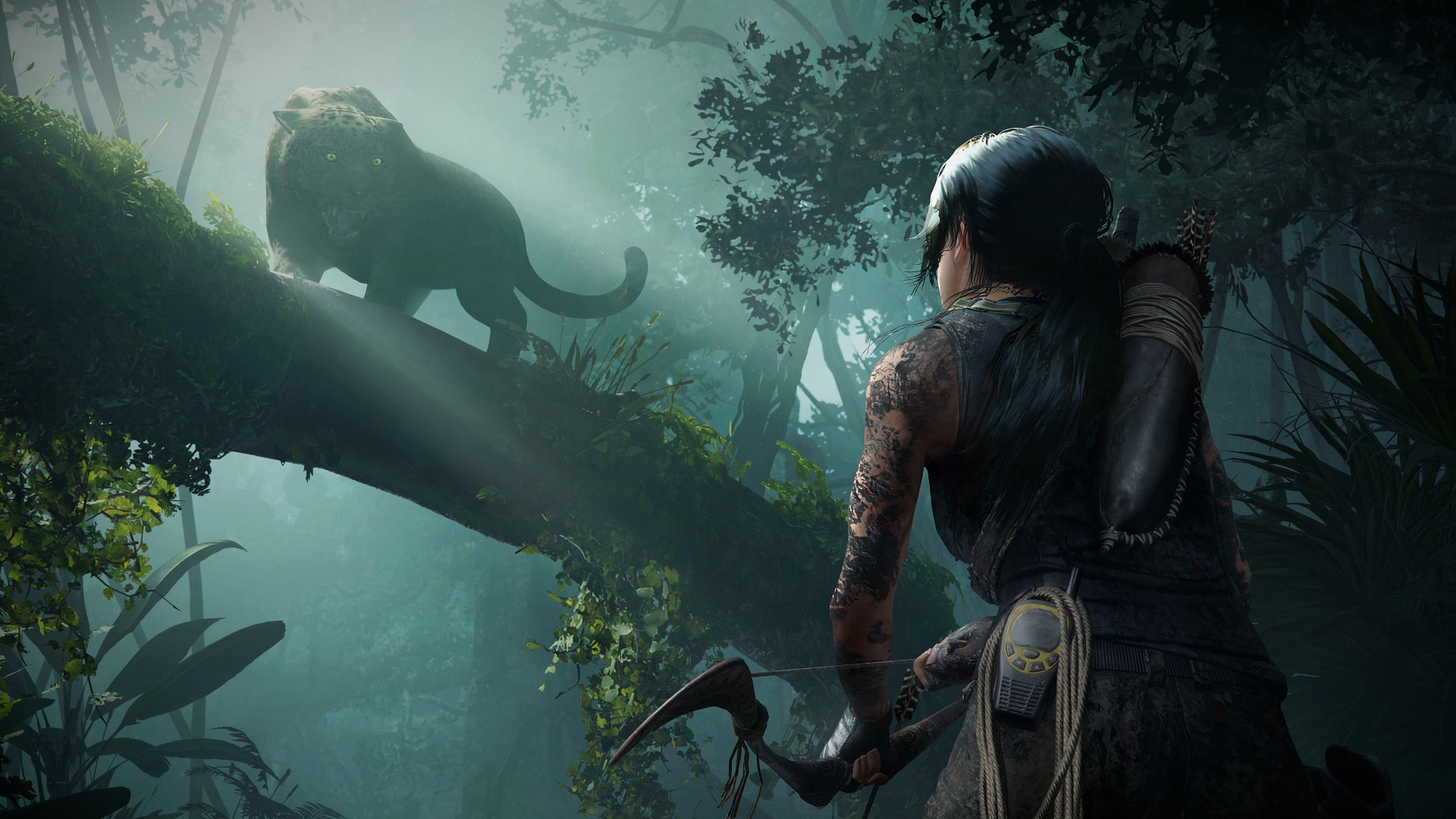 Although Rise of the Tomb Raider had a self-contained story that dealt with a splinter group of Trinity pursuing their own agenda, it ended on a cliff-hanger that left Lara firmly in Trinity’s sights and provided confirmation they were responsible for her father’s death. Clearly undeterred by the risks, Shadow of the Tomb Raider picks up months later, as Lara and Jonah continue chasing down Trinity cells around the globe. They arrive in Cozumel, Mexico to stop Trinity claiming yet another mythical artefact and Lara, without giving it much thought, removes an artefact despite several prophetic warnings in Mayan hieroglyphs. As no Tomb Raider game is complete without some world-ending threat, Lara inadvertently triggers the apocalypse and must go on the hunt for another MacGuffin to save the world.

The opening sequence sets up a sprawling adventure through the Amazon, involving hidden cities and the manipulation of ancient cultures, culminating in a (mostly) conclusive ending to the trilogy. Sadly, the writers still couldn’t move on away from the same narrative beats they had been using since Tomb Raider (2013). Lara only begrudgingly comes to accept her actions have consequences for others. Jonah remains the caring sidekick with logical advice she chooses to ignore. The new villain is once again of the henchman/civilian-murdering variety. His psychotic second-in-command and his army of goons continue executing civilians (often gleefully) for the “greater good”. The noble protector of her people once again has a hidden history with the villain and her own failings. However, all that said, Shadow of the Tomb Raider made some progressive strides by giving you strong female allies that felt more well-rounded and believable than the cliched male villains. 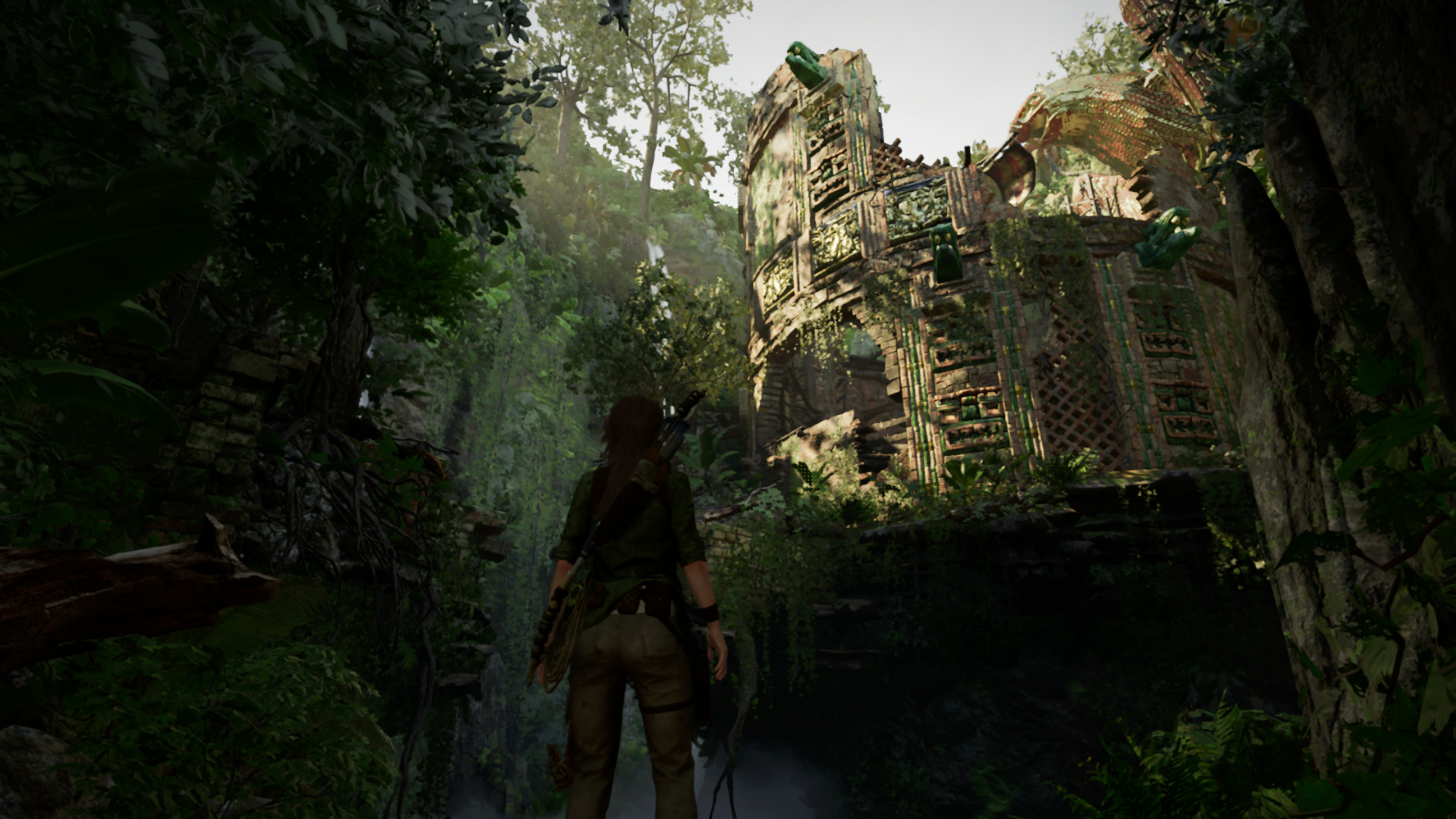 I didn’t realise just how much I loved jungle settings until I replayed Shadow of the Tomb Raider. Despite providing a fairly uniform backdrop, it's a) very pretty, and b) adds to the atmosphere and sense of being isolated from the rest of the world.

It’s fair to say gameplay-wise, 90% of Shadow of the Tomb Raider played like Rise of the Tomb Raider, which, in turn, played 90% like Tomb Raider (2013) before it (it included yet another scavenge-to-craft-gear tutorial after you crash in the Amazon). However, it was not without some improvements, thanks to the increased involvement of Eidos-Montréal during development. The major changes included: several bustling hub areas that hosted a myriad of missions, tombs, challenges, and collectibles (now approaching a truly absurd number); the ability to swim underwater, with several tense sequences forcing you to dash from air pocket to air pocket; and a refined stealth system that allowed Lara to return to stealth during combat, rather than making any mistake lead to a chaotic firefight to the death.

Despite the mechanical familiarity, Shadow of the Tomb Raider’s greatest strengths were its setting and pacing. You’d think a game set entirely in the Amazon jungle would limit the visual impact, yet Shadow of the Tomb Raider’s lush, vibrantly green jungles and azure waters housed cliffside paths the twisted above raging rivers; crumbling, multi-layered temples rising above the canopy; subterranean caves that led into flooded ruins; and an entire city with a thriving population trying to preserve an ancient way of life. Man-made locations, which I liked least in the prior games, were limited to smaller hub regions and set pieces. The pacing accelerated and slowed in tandem with narrative beats, occasionally giving the player a breather after intense set piece-heavy segments, placing the focus on exploration and puzzling for long sections between intense combat. 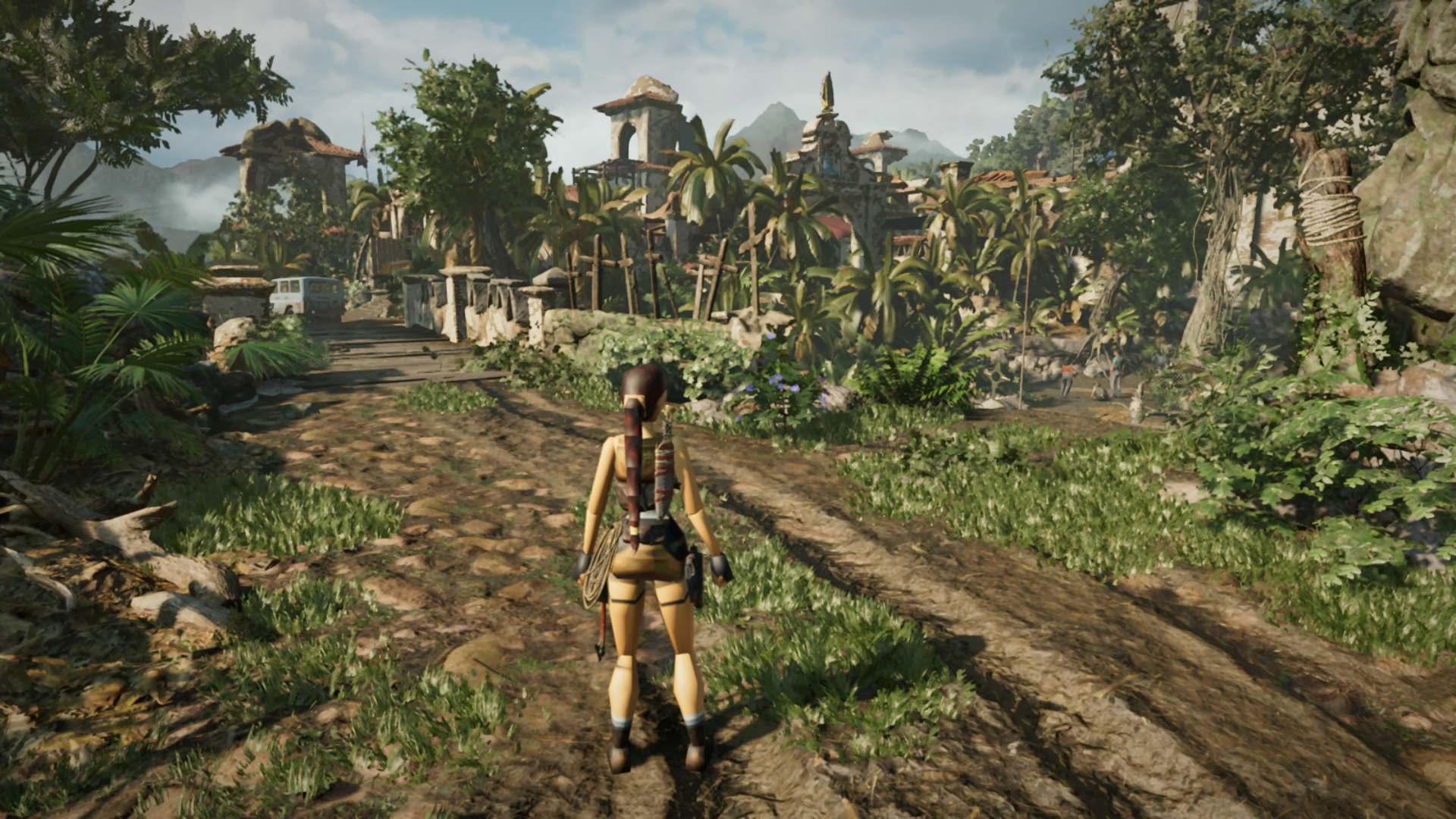 The Mission of San Juan was the perfect blend of man-made location with its own dark history, straddling wild and hostile jungle. It’s by far my favourite location in the entire trilogy and provides a breather before events escalate towards the finale. Oh, you can also unlock a Tomb Raider 2 outift that, with real-time cutscenes, will ruin any emotional impact.

Unlike the prior games, in which the DLC was mostly nice-to-have but inessential, the seven new tombs add a ton of narrative, exploration, and puzzling to the core experience. A lot of focus was placed on the cooperative challenges – which are chunks taken from the DLC and accessed from a separate menu – but their integration into the single-player game is excellent. They introduce new characters seemlessly, flesh out existing ones, and pack the already dense environment with even more locations (often geographically dubious when you check the map). These missions flesh out the early town of Kuwaq Yaku and late-game Mission of San Juan hubs, making them near perfectly-balanced sequences, with a handful of story missions and several enjoyable diversions (especially in comparison to the somewhat bloated middle section set around the hidden city of Paititi).

Picking up the Shadow of the Tomb Raider: Definitive Edition and replaying it for the first time in two years is what triggered this entire series of retrospectives. Despite retaining the action-oriented DNA of both of Crystal Dynamics’ reboots, and the semi-open-world structure of their second trilogy, I loved every minute spent exploring tomb after tomb, soaking in that sensation of being lost and isolated in a primal jungle. It took me back to what I loved best about 1996’s Tomb Raider (and Crystal Dynamics’ own Anniversary remake). Narratively, it has some issues, especially with several important events happening off-screen, but it’s still may favourite game in the second trilogy. If you’ve not played any of the Crystal Dynamics Tomb Raider games, I’d recommend it, but it’s not a game that can be played in isolation, so you’ll want to tackle Rise of the Tomb Raider first to get the most out of it.

Tea
To me, this was the most "Tomb raider" of the 3 Crystal Dynamics games and all the through backs to OG TR and the potential lead-in to Natla technologies (and there-in OG TR1) makes it a personal favorite too.