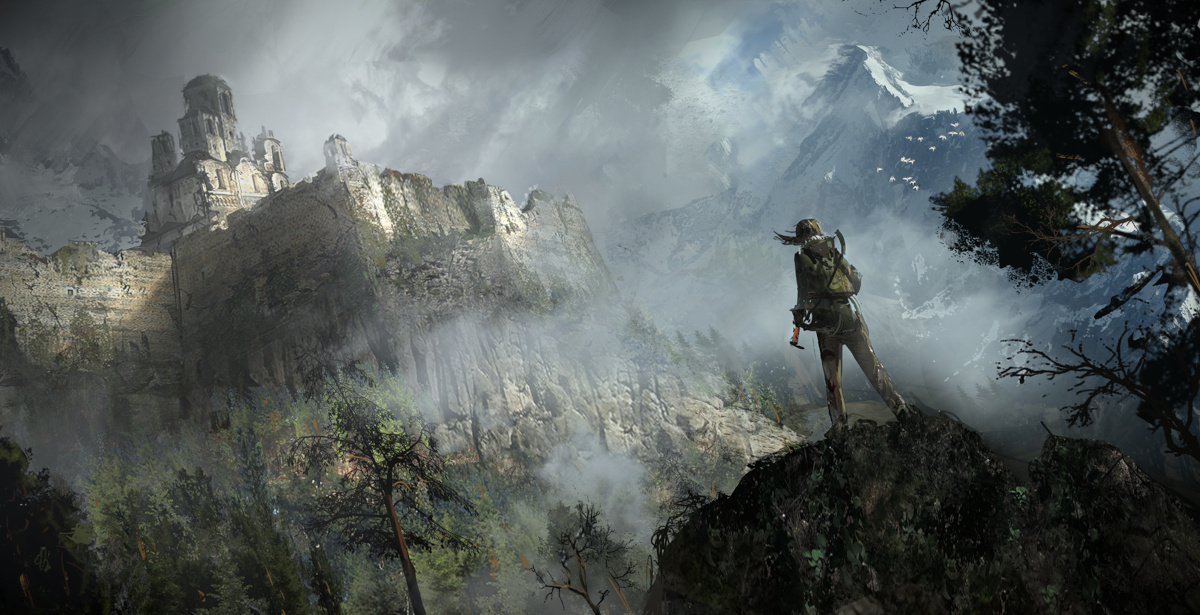 Tomb Raider (2013), despite drifting a little too far from the “tomb raiding” aspect, successfully rebooted the IP for Crystal Dynamics (again) and set them up a for a second trilogy. Two years later, initially released as an Xbox One timed-exclusive, Rise of the Tomb Raider took almost every element in Tomb Raider (2013) and ramped it up to 11. When I first played it - chasing 100% completion like I did in the prior game - it felt like the formula was spread a little too thin, however, I’ve since come to love the sprawling sequels, their epic scope, and grandiose narratives.


Rise of the Tomb Raider – The middle child 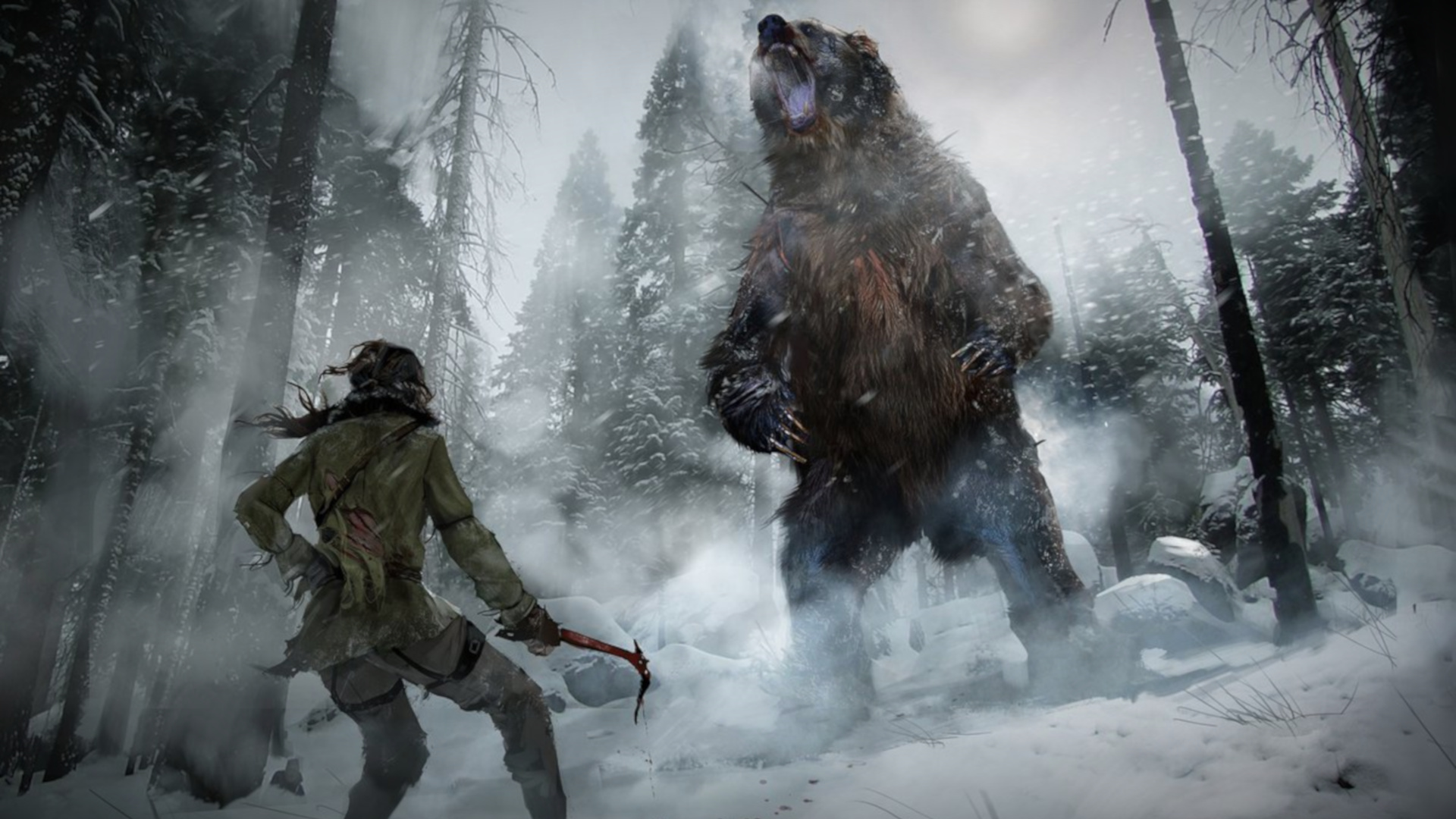 With Lara’s origin redefined, and her fellow Yamatai-survivor Jonah tagging along in the role of trusty sidekick burdened with feelings of unrequited love, Rise of the Tomb Raider was an opportunity for Crystal Dynamics to tell a larger and longer story, while delving into Lara’s troubled childhood. If you had only played the first game, skipping several comics, it would have seemed a stretch for Trinity to suddenly emerge as the primary antagonist; a Crusader-like organisation operating in the shadows, hunting for and securing artefacts of immortality, to ensure their own idea of world order is maintained. Luckily for Lara, Trinity is useless when it comes to organisational cohesion – every time Lara encounters them, she ends up hunting down another key player with an agenda of their own.

As far as settings go, Yamatai, a small island hidden in region of extreme weather, made sense as an isolated spot ignored by the rest of the world. In contrast, Rise of the Tomb Raider’s vast chunk of Siberian wilderness, housing an ancient population, guarding century-old secrets, in a mountainous region full of ruins, with a Soviet-era mining facility in the next valley over, is considerably less logical. However, this diverse location provided an excuse to shift the action between modern and ancient settings at a brisk pace. There was a much-improved tutorial sequence in Syria (followed by another scavenge for supplies in inclement weather sequence); you would stealth-stab Trinity members in rusty soviet installations; explore a beautiful valley, warmed by geothermal streams and packed with tombs and crypts; and it all concluded with an action-packed sequence in a massive city hidden under a glacier.

I just wish the narrative beats and characters had been a) a little less cliched, and b) as diverse as the setting. Protagonist oblivious to the fact she's pushing herself too hard, check. The caring sidekick offering solid advice she just won’t take, check. Henchman-murdering villain with pseudo-religious delusions of grandeur, check. His army of goons who feel butchering civilians is doing the “Lords” work, check. More undead warriors, check. The obvious traitor, check. And, of course, the noble protector of his people with a dark secret, check. 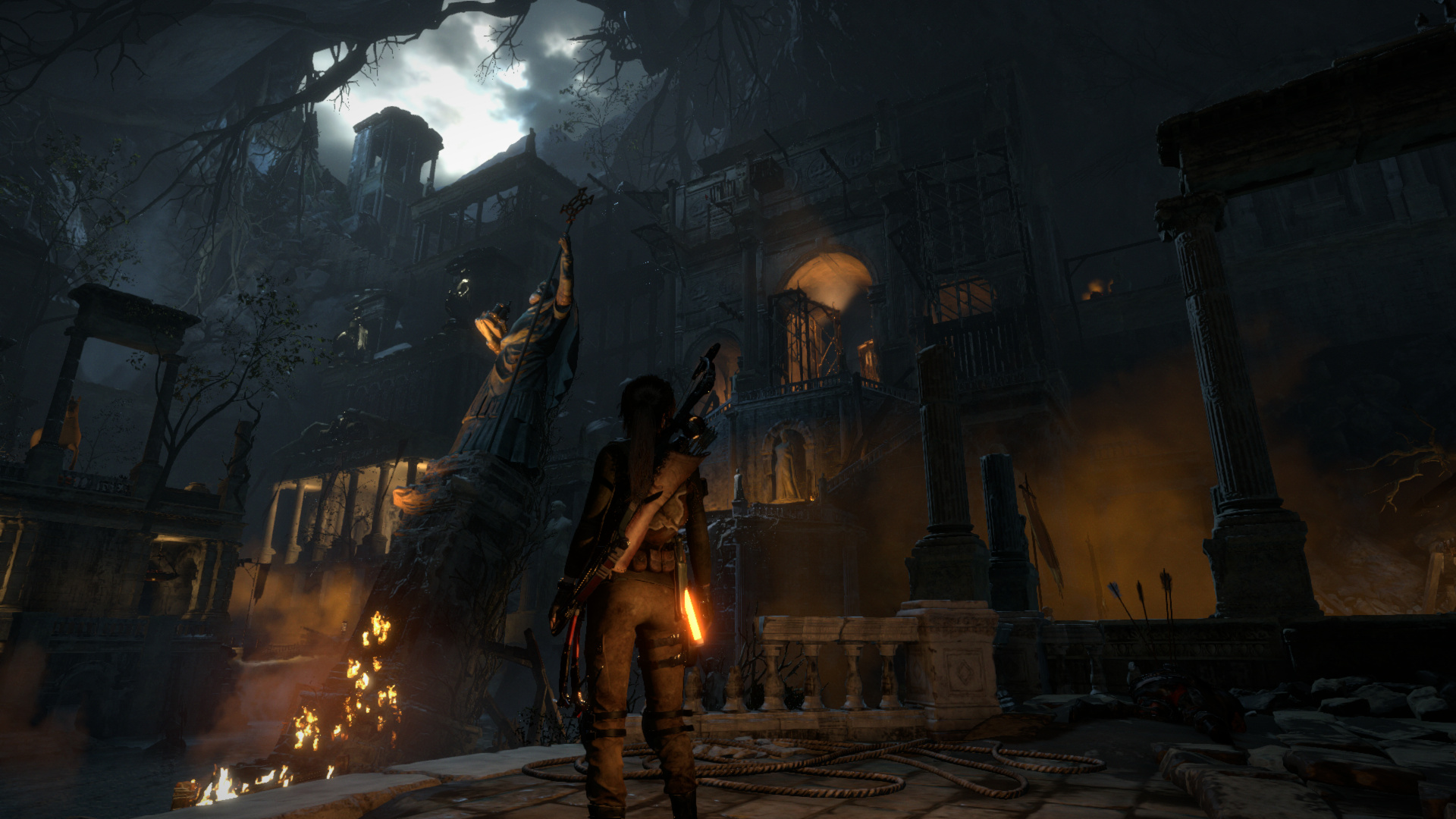 The scale of many locations, even when they housed only a single puzzle or set-piece, was staggering. The amount of time and effort that went into the environments must be second only to Naughty Dog's games.

The plot – despite throwing in twists that impeded Lara’s progress and sent her backtracking on several occasions – still moved at a relentless pace. Your only breaks would be if you stopped to tackle a few side quests, challenge tombs, or crypts. These existed to unlock new gear or bonus sills, often sending you off into far-flung corners of the map you’d otherwise not visit. After the disappointingly small and insultingly simple “challenge tombs" in Tomb Raider (2013), I often found myself wondering who was responsible for designing these massive and visually-spectacular diversions that I would puzzle through for 10-15 minutes and then never see again? An incredible amount of attention and development time must’ve been spent on these locations and, despite not having any major significance to the overarching plot, it made the world feel massive.

By far the largest benefit to these “traditional” tombs and crypts was shifting the gameplay focus away from combat (which remains fast and scrappy, with stealth still an option), while simultaneously providing new opportunities to max out Lara’s skills and gear (without grinding out every collectible and challenge, of which there were, once again, hundreds). In Rise of the Tomb Raider, some of these challenge tombs lived up to their name, offering more complex environmental and physics-based puzzles than you'd see in the core missions. However, irrespective of how large and elaborate each area was, Rise of the Tomb Raider stuck to the interconnected-hub design of the prior game, always providing a shortcut out once you complete your objective, ensuring the environment felt large without simply padding out the distance between objectives. It reinforced my love of that design, and there are dozens of open-world games that could benefit from imitating this intermediate structure instead. 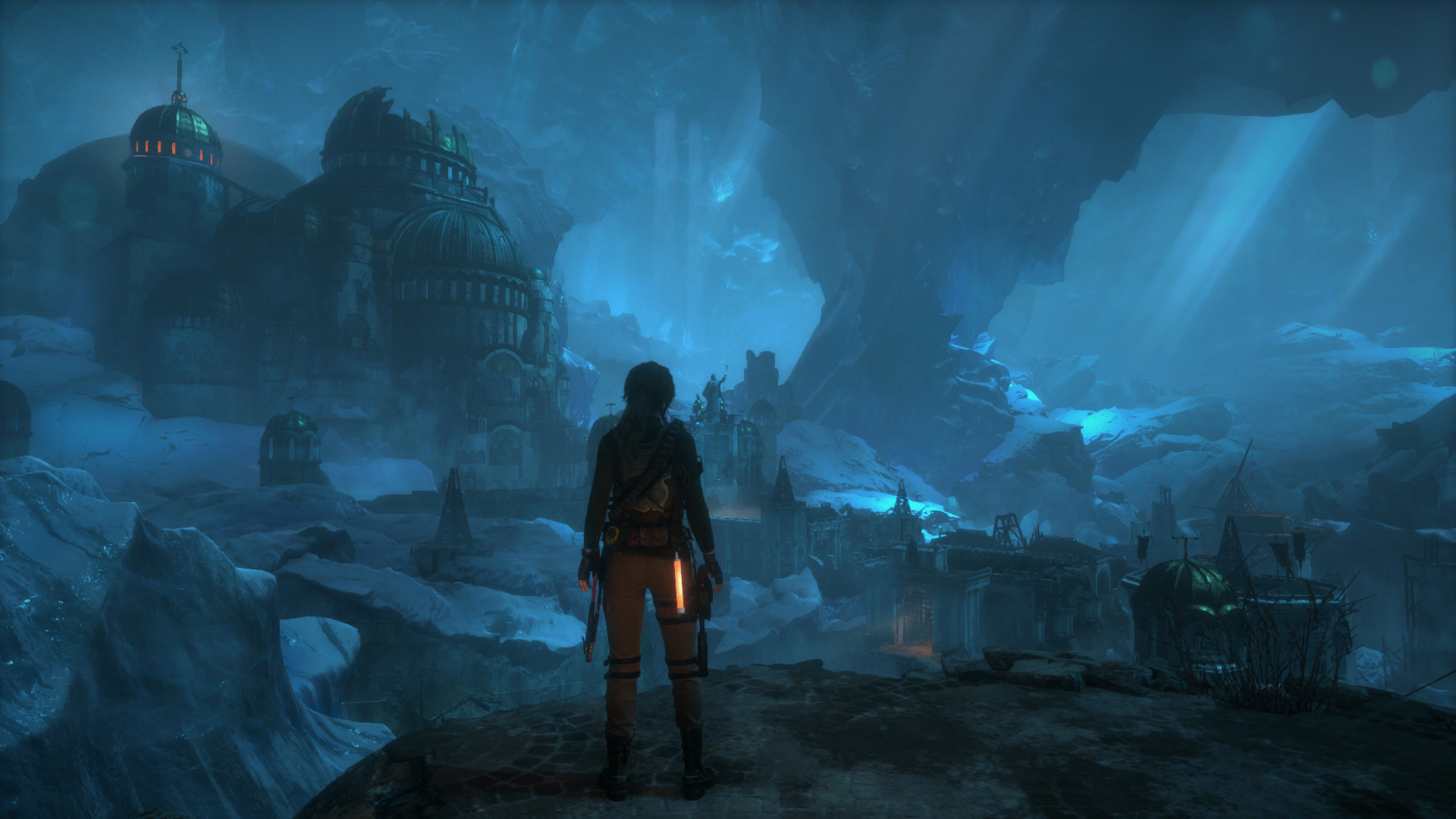 Despite the mad-dash to the finale, the lost city of Kitezh, hidden under a glacier, makes for one of the most visually-impressive locations in the trilogy.

It’s worth mentioning – especially with the Rise of the Tomb Raider: 20 Year Celebration edition frequently discounted – the game received several substantial pieces of DLC - even an online, co-op endurance mode as part of the package. However, if you’re interested in solo content, “Blood Ties” is a creepy tour of the rundown Croft manor that fleshes out Lara’s backstory; “Baba Yaga: The Temple of the Witch” is a lengthy side-quest added to the main game that blurs the lines between the paranormal and science; and “Cold Darkness Awakened” is a rogue-lite experience that sees Lara trying to dismantle an old Soviet chemical weapons factory with one life, no saves, random gear and upgrades on each run, and some light puzzling. They’re far from essential but do a good job of fleshing out several characters.

Near the end of my playthrough back in 2015, it became clear the scale of the game had been ramped up from its predecessor, but the core foundations had changed little. It was only in hindsight, I appreciated what solid foundations they are. Fluid traversal, light puzzling, scrappy and exciting combat, all paired with an engaging progression system work to keep you entertained, no matter how much time you had to play. If you simply tackled the core missions, you experienced a fast-paced, narrative-heavy action-adventure that would last 13 or so hours. For 100-percenters and achievement/trophy hunters, you got a slow and methodical experience that would take you 25+ hours to explore every corner of the world. Play for 15 minutes and you might find some new gear or crafting materials to upgrade it; play for an hour and you’ll hit some impressive story beats or another set-piece that'll keep you coming back.

If you’ve got the time, Rise of the Tomb Raider and the last game in the trilogy tell an epic, overarching narrative that is well worth experiencing – even if the foundations don’t change much from Tomb Raider (2013). I’ve got few bad things to say about Rise of the Tomb Raider, I’ve just come to prefer the sequel. It’s the middle child in my rankings – a huge step up from the first game and just edged by the final game.