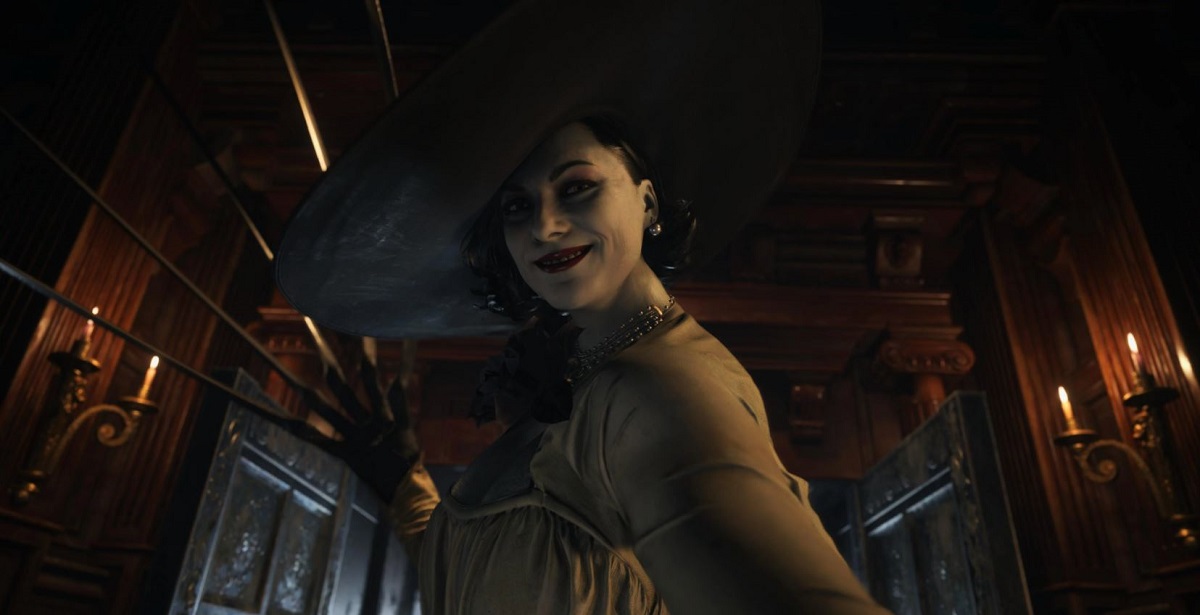 Last night, Capcom hosted their Resident Evil Showcase, with the star of the show being the upcoming Resident Evil Village. The game received a new trailer along with details about its release date, various editions, and of course, a four-minute long dive into the gameplay. While nothing substantial was shown, we finally got answers to a few questions - particularly the name of the tall vampire lady - and many more tidbits, including some context in the story and characters, old and new to the franchise.

Resident Evil Village will once again feature Resident Evil 7: Biohazard protagonist Ethan Winters, with Chris Redfield caught in the mix somehow too, also keeping the first-person perspective. The tall vampire lady of Village's looming castle is named Lady Dimitrescu, who answers to one "Mother Miranda" (though that was never completely answered). It looks like Ethan will be in hot water as he ventures into the castle to rescue his daughter.

Resident Evil Village's release date was also confirmed for May 7th, 2021, and will be launching on PS4, PS5, Xbox One, Xbox Series X/S and PC. PS4 and Xbox One players will get free upgrades to their current-gen counterparts.

Check out the full showcase below:

In addition to the release date announcement, Capcom also shadow-dropped a demo available right now for PlayStation 5. The demo, titled "Maiden", doesn't put players in the shoes of Ethan, but rather the titular maiden as they're tasked with escaping the dungeon. Seems simple enough, but the only problem is you won't be able to use any combat or block - quite similar to the first demo released for Resident Evil 7. Right now, the demo is only available on PS5, but Capcom announced plans to roll it out soon on other platforms too.