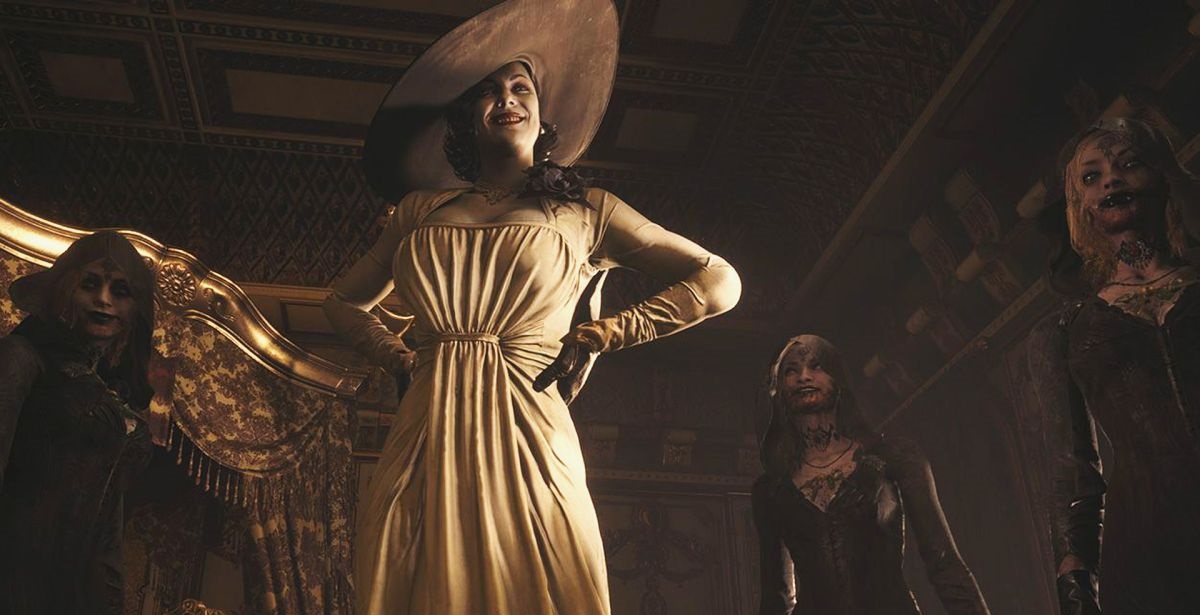 Resident Evil Village remains one of the most anticipated game releases of 2021 (at least with a confirmed date so far). Capcom's survival horror recently caught a lot of attention on the internet due to the game's central (extremely tall) antagonist, Lady Alcina Dimitrescu, and her ferocious vampiric daughters. That's not the only hype going for it, as it looks like a return to form yet again for the series, even echoing many design choices from Resident Evil 4. While it's still a few months off from releasing, we now have an estimate of how big the install size will be - for Xbox Series X/S, at least.

According to a recent Microsoft Store listing, Resident Evil Village's install size for Xbox Series X/S was revealed to be 50.02GB. This is basically double the file size of Resident Evil 7: Biohazard, which came in at around 25GB at launch. Keep in mind, since the game is still a ways off from release, this install size may not be final. We also have to take into account day one patches potentially making that 50GB much larger. As it stands, though, that's pretty much par for the course when it comes to file sizes for most AAA games these days.

The listing also only mentions Xbox Series X/S, so we don't know if this same base install size will be applicable to the Xbox One version, or if it even carries over to PlayStation 4, PlayStation 5 and PC. However, we'd bet that 50GB is about fair for this type of game, as it's not necessarily an open world title, though file size could vary depending on the graphical fidelity of the game. We'll have to wait a little while longer for more file sizes to become known, but until then, if you're really anticipating Resident Evil Village and want to clear up some space, make sure you at least have around 60GB free.