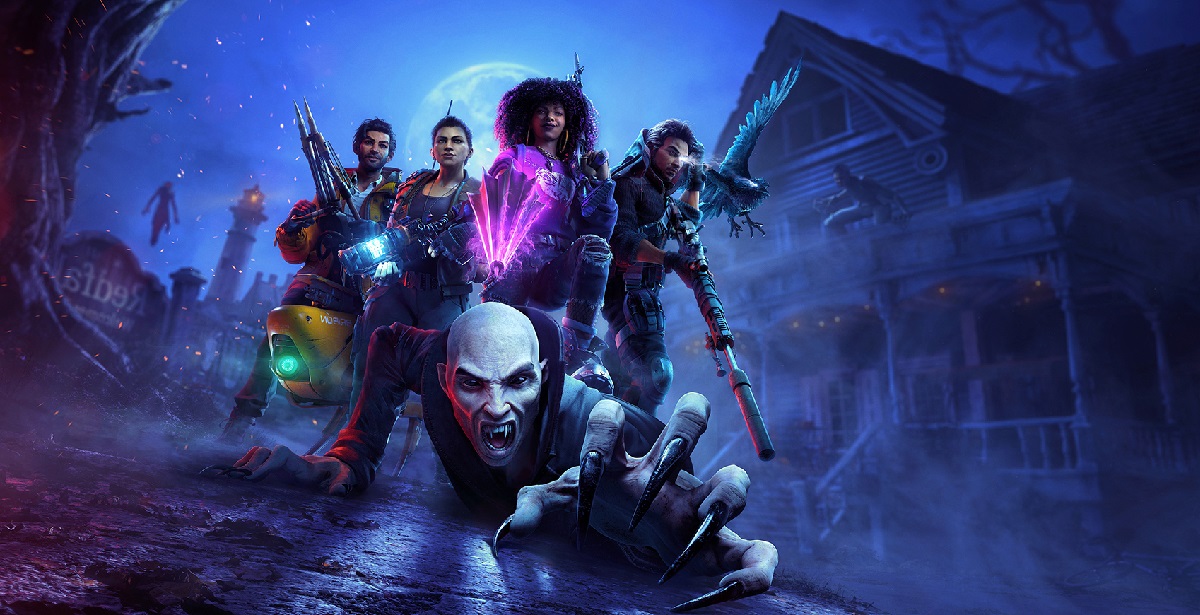 During Xbox and Bethesda's E3 2021 showcast last night, Dishonored and Prey developer Arkane Studios revealed their new game, Redfall, a single-player or co-op open world action game set in a world where humans with special abilities need to combat some kind of vampire invasion. The reveal topped off the showcase, with the title coming exclusively to Xbox Series X/S due to Microsoft's acquisition of Bethesda and their parent company, ZeniMax Media.

Redfall is set in the titular quaint little town, where a group of misfits must band together to defend their home from a vampire threat. Players will get the chance to play it either as a single-player game, or co-op with up to four friends. The group must become the ultimate vampire slayers, with players being given opportunities to gear them up and customize their loadouts and equipment to make the ultimate team.

A slight deviation from Dishonored and Prey, Arkane Austin is leaning towards allowing co-op gameplay with a team of interesting characters. However, if you so choose, you can still play it as a single-player experience.

The official description for Redfall reads:

"The quaint island town of Redfall, Massachusetts, is under siege by a legion of vampires who have blocked out the sun and cut the island off from the outside world. Trapped with a handful of survivors against diabolical enemies threatening to bleed the town dry, choose your hero from a diverse roster, grouping up with others to create the perfect team of vampire slayers. Redfall is an open-world co-op FPS being developed by Arkane Austin and will launch exclusively on Xbox Series X|S and PC in Summer 2022. Play it Day One with Xbox Game Pass."

Redfall releases in 2022 exclusively for Xbox Series X/S, and will come day one to Xbox Game Pass.

Lurch
@Blaze - yeah, I get heavy Left 4 Dead/Vermintide vibes from this. It's not that they don't have situational storytelling in those games but it's easily interrupted by dynamic events when playing solo. That and multiplayer banter ensures no one ever takes in story events.

Maybe it has cutscenes and mutes people or maybe it has dedicated quiet times, but it would be a shame for Arkane to work on a game in which they can't engage in serious world-building through exploration.

Blaze
@Lurch I'm a little concerned about the multiplayer co-op, and I hope playing it single-player doesn't compromise the experience (similar to what many Xbox exclusives do anyway, like Gears and Halo). But judging by the character design, can't help but feel like co-op might've been a priority here.

Lurch
I'm keen to see how they incorporate their experience in level design and immersive-sim gameplay options, though I feel Deathloop will be more my kind of game.