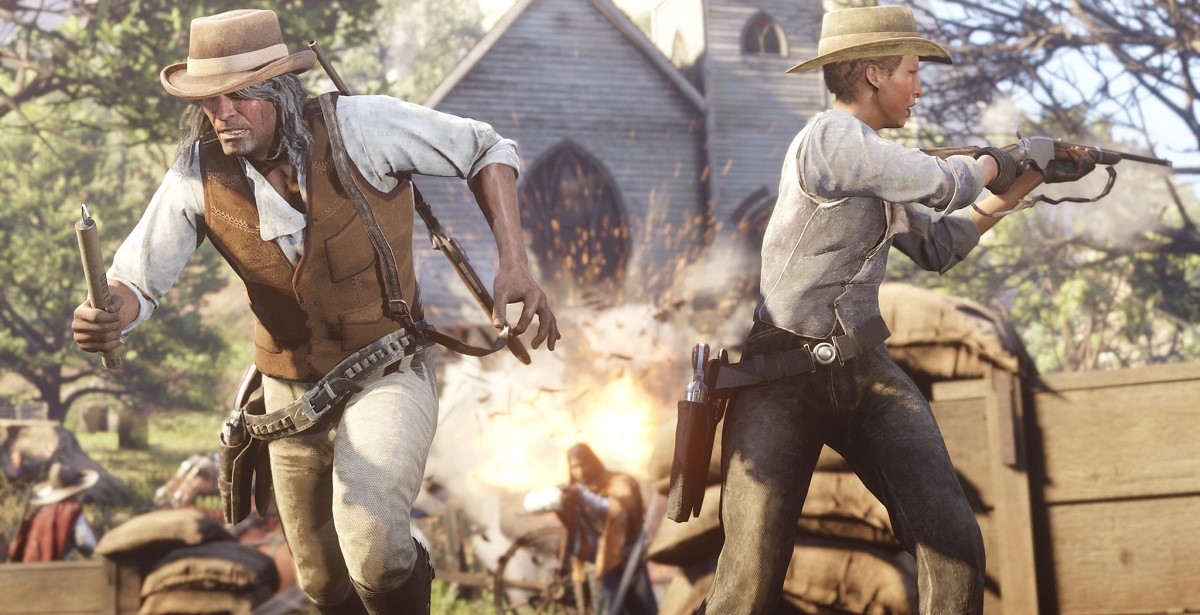 Rockstar has finally confirmed that Red Dead Online is now in its fullest capacity, and is now available across all regions in full. This doesn't mean too much for the multiplayer expansion, it will bring a host of new content to play through.

Most excitingly, the full version of Red Dead Online will bring with it a co-op story expansion, which will follow from the main campaign, and will conclude with an epic showdown in Blackwater. New NPC's are also being introduced into the world, which means new Free Roam missions for all outlaws, as well as new competitive modes and events.

Everybody's favourite activity, Poker, now has a full-fledged mode, where you can challenge your friends, and tables are available at a number of towns around the map. Of course, the new update will bring new weapons, cosmetics, and a gift of 15 gold bars (not real-life bars, sadly), because Rockstar love to throw virtual currency at their fanbase. Also, a bunch of new hotfixes and balancing updates will be introduced with the update.

Even more excitingly, Rockstar has promised the addition of "Roles" to Red Dead Online, which are basically careers for your character to choose from. You can opt to be a bounty hunter, tracking down wanted men; become a treasure hunter (remember Seth from the first game?); or build a trading business for you to sell items to various people across the world.

While this may sound "boring" it leans havily on the idea of "GTA Roleplay", which is a modified version of GTA, in which people can be EMS or police officers, delivery men, or criminals, and each comes with its own unique mechanics and gameplay experience.

Note: GTA Roleplay is not an authorised modification of Rockstar. Please do so at your own risk, if you are attempting to play.

Red Dead Online is now available to Xbox One and PS4 players. Base title required.

Fantomex
My friend and I played Red Dead Online for like 5 hours straight yesterday. SO much fun. Kudos to Rockstar for making the core online experience of matchmaking, joining sessions, staying in a posse as seamless and simple as possible.

Blaze
I have yet to even start RDR2

vortex6671
If not else, the campaign is reason enough to return to Red Dead Online.