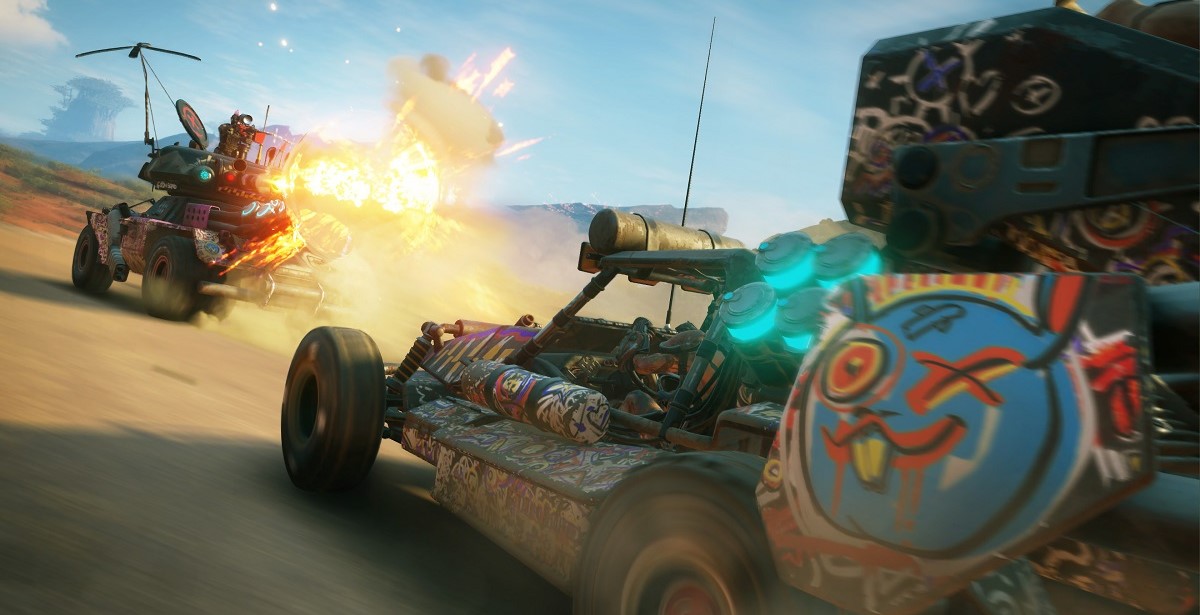 Rage 2 literally around the corner and we are extremely excited to jump into post-apocalyptic chaos simulator. Rage 2 gives a plethora of weapons for you to take down your foes, along with insane abilites, so we thought we would break down what will be available in Rage 2. 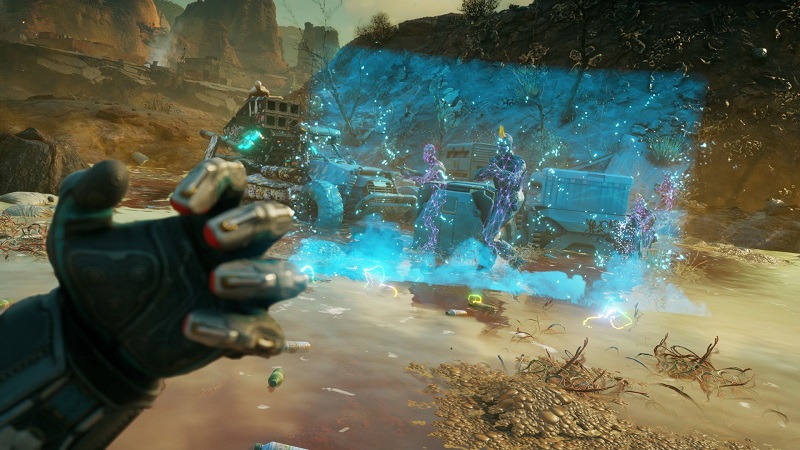 You start off with a trusty Sindwinder Pistol, and while it may not look all that intimidating, its definitely better than killing your foes with nothing. You will also start off with a decent Ranger Assault Rifle, for those medium range battles, and it looks like it will shred enemies pretty well. Then, we get the Combat Shotgun, which not only obliterates rushing minions, but also comes equipped with a blast back feature, that will send your enemies flying over railings and cliffs.

The maniacal side of Rage 2 comes out with the Smart Rocket Launcher, which tackles enemies, big and small, rather well. Not only is it effective against monstrosities, but a crowd of smaller NPC's will be turned onto a blood paste with relative ease. The Grav Dart Launcher fires anti-gravity bullets at your opponents, and sends them to the stratosphere, or the wall, if placed well enough. The Firestorm Revolver shoots literal fire at anyone standing in your crosshairs, and when detonated, they will be burned pure of their troubles. 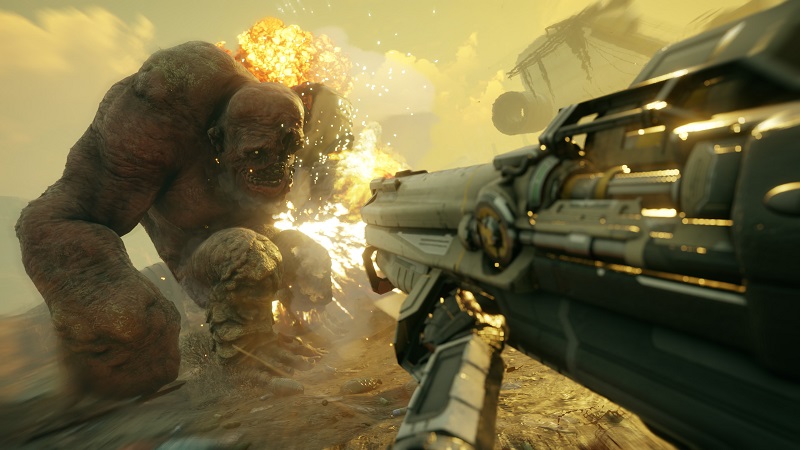 This is where the real insanity of Rage 2 comes out, with the Charged Pulse Cannon, which sends super-heated balls of energy hurtling at your foes, which not only wrecks opponents, but also looks super cool in the process. Lastly, there is the Hyper Cannon, which fires incredibly intense energy beams, blasting through multiple heads of enemy waves who chose the worst day to form a conga line.

To pair your maniacal gun mastery, you need literal superpowers. Well, Rage 2 offers those in spades, with Slam, Shatter, and Vortex. The first sees you lunging up in the air, and coming back down to Earth with a quake-inducing slam, causing nearby enemines to disintegrate. The second, Shatter, sees you lunging towards your foes with a devastating shatter effect, causing your enemies to disintegrate. Lastly, Vortex, creates a purple coloured sphere that sucks enemies in, and then explodes, causing, you guessed it, disintegration. Basically, there is a lot of disintegration happening in Rage 2. 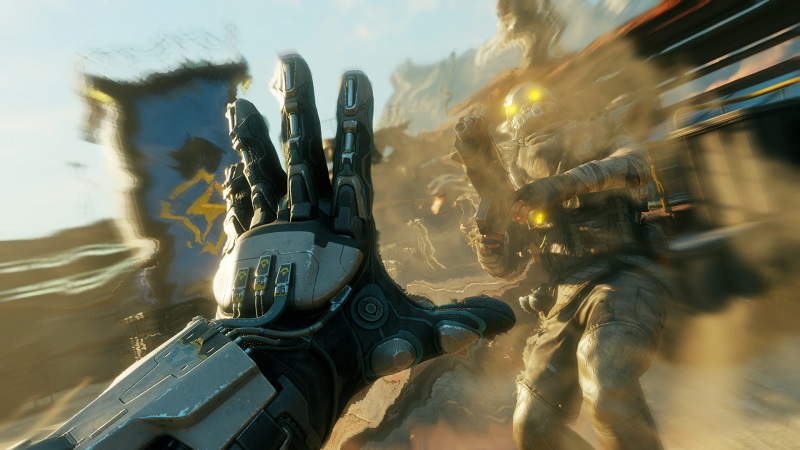 Passive abilities, or abilities that will act defensively rather than offensively, are also available. Barrier puts up a little energy wall between you and your enemy, stopping bullets and other projectiles as well. Defibrillation is next, and a simple game of what appears to be "Simon Says", will not only let you regain health, but you can gain anywhere from 10% to 110% health.

Grav Jump lets you tackle those long distances between bridges or walkways, or just lets you jump really high if you want to be a sort-of post-apocalypse bunny. Better still, if you don't really feel like coming back down, you can stay suspended in mid-air by shooting at some nasties. Dash sends you shooting forward towards whatever you are pointed at, and is a pretty good way to get out of the firing line, or to rush some unsuspecting fool. 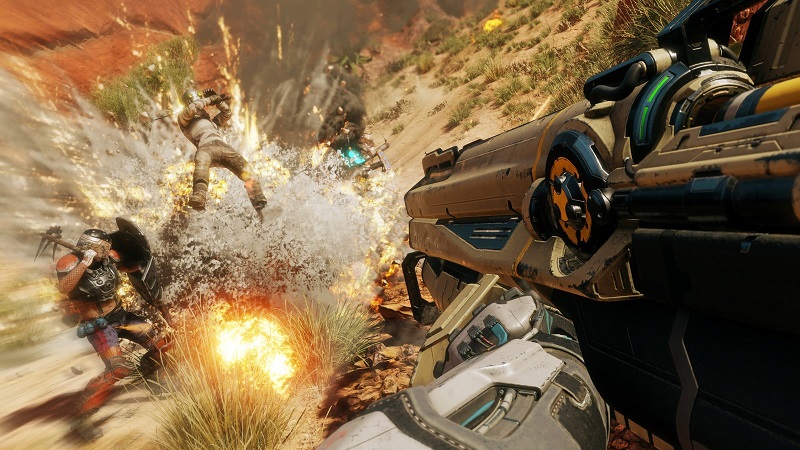 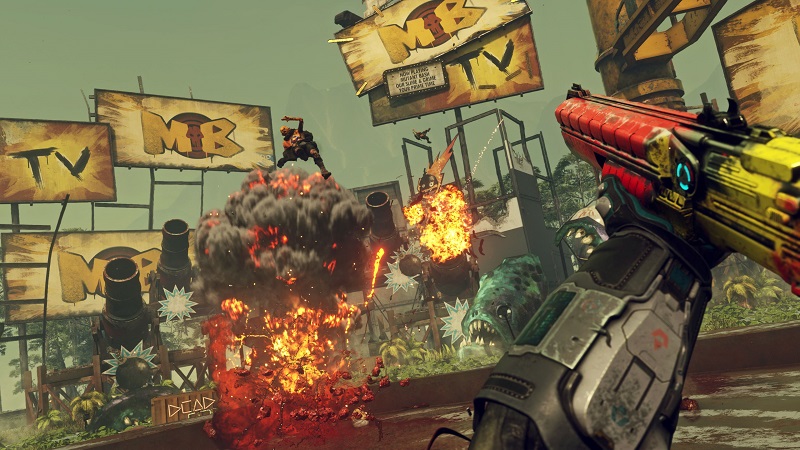 Well, that's what you have to look forward to in Rage 2. Will you be blowing up, shooting, breaking, bashing, smashing, and shattering your way through Rage 2's post-apocalyptic wasteland?