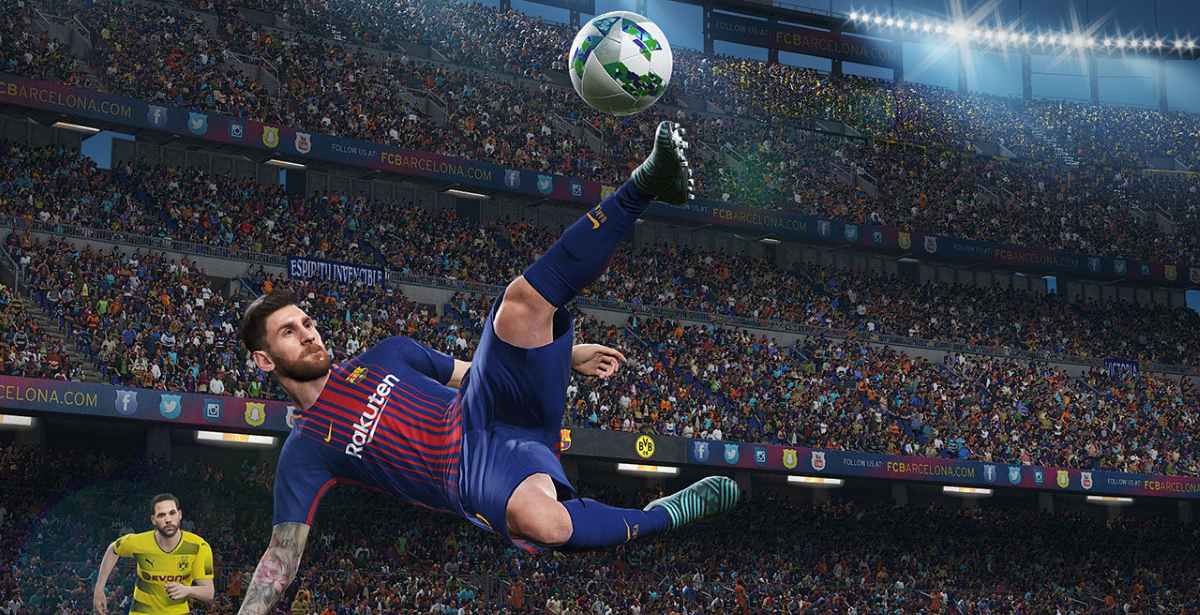 There’s no denying that PES has been on the up and up over the last few seasons. Unlike the promise of Liverpool’s “Next Season”, PES actually lived up to their promises, providing a gameplay rich experience, particularly in PES 2017. Sometimes, though, it’s harder matching a top performance than it is getting to the top in the first place. PES 2017 hit the tops, but can PES 2018 maintain the good form? Or does the Mourinho 3rd season curse come into effect?

Let’s get this out of the way early. PES still has the same official licensing problem as it has in the past, and will continue to have going forward considering the financial influence of the competitor. That said, with the Champions League, Europa League and other licenses for some big competitions, PES has started changing things in this respect. Add to that a number of new team partnerships and the licensing is becoming less problematic. Throw in the brilliant option files (this year, I am using the PES Universe ones) and it’s a non-issue whatsoever. There’s no use in the excuse of not getting PES for this reason alone. 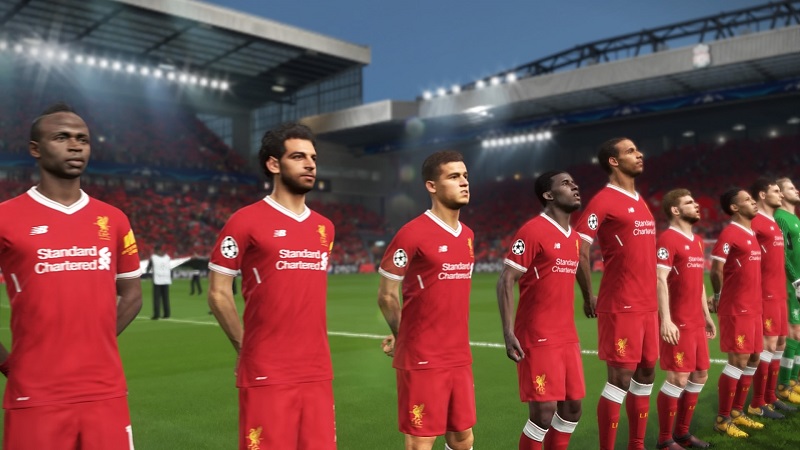 Master of your master is random selection

PES has, for the longest time, relied on its Master League to pull newcomers in, but it’s been evident over the last few years that the single player experience has been falling on the wayside. The focus is clearly on PES’s online modes, and the ever addictive MyClub mode. It does mean that Master League feels somewhat hollow in comparison, and the once brilliant mode is becoming a bit dull and in dire need of some reinvention. I hardly played PES 2017’s Master League, and I haven’t quite loved this year’s either. It’s still good fun, but it desperately needs repainting. I mean, you can still only negotiate with 5 or 6 players at a time, what is that?

As far as modes go, Master League is the only one that disappoints to some degree, so let’s rather focus on the positives. MyClub returns and is once again fantastic. The “build your club from scratch” mode has been refined, and while most of the same mechanics return, there have been additions where it needed most.

Offline cup competitions feel more focused and a good way to get GP (the in-game currency) while there are also a number of objectives you can achieve to get set rewards. The different game options are clearly the best it’s ever been for the mode. If you aren’t playing in an offline competition, or offline against the CPU and racking up the points, then you will be playing in one of the many online modes available.

Online Seasons, Sim Matches and head to head against a friend all return, and I am glad to say that I experienced very little issue with connections, lag or stuttering (though I know some are having some issues). My online games have all been fast and thoroughly enjoyable, even when I got hammered 3-0 by someone who had a clearly much stronger team than me.

Completely new to PES 2018 is the online co-op mode. In general, this pairs you up with up to 2 other users, as you take on another team of 3 users in an online match. In MyClub, it pulls together the best players from the 3 different users’ teams to make one team where you can take on the opposition. It’s great in theory as it means you get to experience different players in a kind of “super” team. The co-op aspect is pretty awesome too, but it does have limitations.

These limitations come in a couple of instances. First, sometimes the game pairs you with only one other person, and other times, if nobody is found, you play with the AI on your side. This is all well and good except that sometime the AI can be terrible, and playing against 3 good players will result in you getting beaten, badly. The same happens if you get paired with someone who is… well let’s say not proficient at the game… and keeps messing up resulting in you not doing overly well. It can be largely frustrating. The co-op mode does rank you individually, so if you do perform well enough, you can earn points and level up, hopefully pairing you with better players in the future. Not always the case though.

The greatest addition to PES (or return if you remember the old PES days) is the Random Selection match. Random Selection pits you against a friend, or the CPU, and has you select a number of parameters with which the game will select a team for you. If, for example, you set the parameters to only include certain leagues, your team will be made up with players from those leagues, at complete random. The same will be done for your opponent. From there you partake in a trade minigame of sorts, where you need to protect your best players from getting traded with the opposition, and at the same time try to pilfer some of your friend’s best players.

The Random Selection match is easily the best addition to PES 2018, ensuring hours of fun, particularly if you have a friend or two on the couch playing the game with you. Hopefully its return makes its way into other modes in the future as it is a fantastic way to play co-op or competitively. 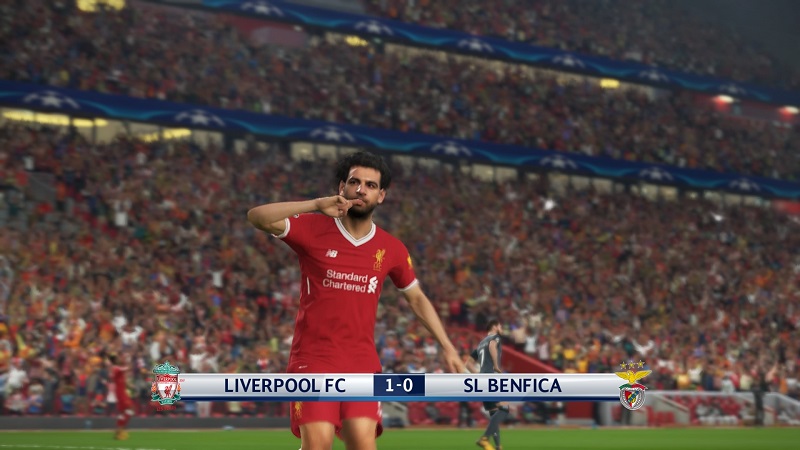 Production productive, but not always positive

Despite all its modes, updates and new licenses, there’s still something about PES that doesn’t quite feel right in the production side of things. The commentary is as awful as it has ever been and I can only hope that Konami start focusing more on this aspect. It just makes the experience feel somewhat lesser than it should or could. The same goes for the crowd chanting, it just seems lacking.

Menus are the same clunky outlines, which could use a lot of work, but to be honest, I don’t play sport games for slick menus. That said, it wouldn’t hurt to tighten up this aspect of the game. Aesthetics are important, as many will agree on. 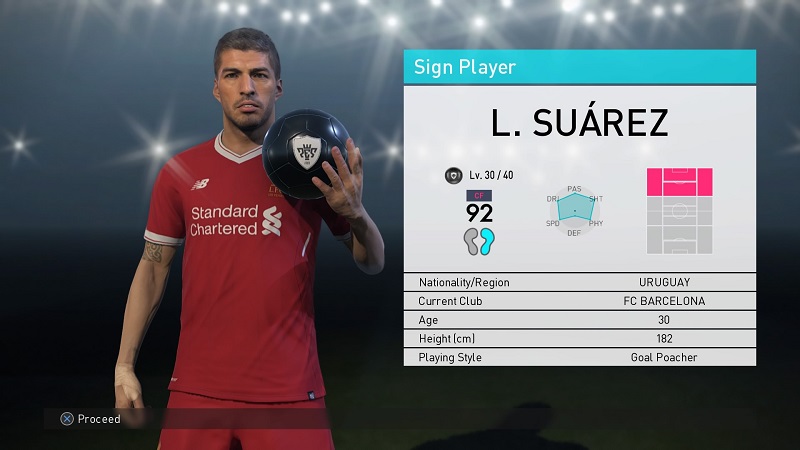 Modes, production value, licensing… all of that means very little if the gameplay doesn’t match-up. Thankfully, it’s the one part of PES that keeps on delivering. The PES gameplay has clearly found its stride and does not appear to be letting up anytime soon. Passing, shooting, heading and the physical battles as players run for the ball has never felt better. The animations are so smooth, whether it be doing a trick, making a tackle or going on that pacey run up the wing. The gameplay does feel a bit slower, more measured than last year, and it has a fantastic effect on the overall experience.
The new “holding off” ability of the players adds weight and physicality, while the movements of specific players shows in their skillset. Identifying a player based on his style has never been so rewarding. There’s just something special about the overall flow of the gameplay in PES that it becomes endearing, captivating and loveable. You can see that it’s where the most focus goes when it comes to development, and you can’t fault the PES team here. 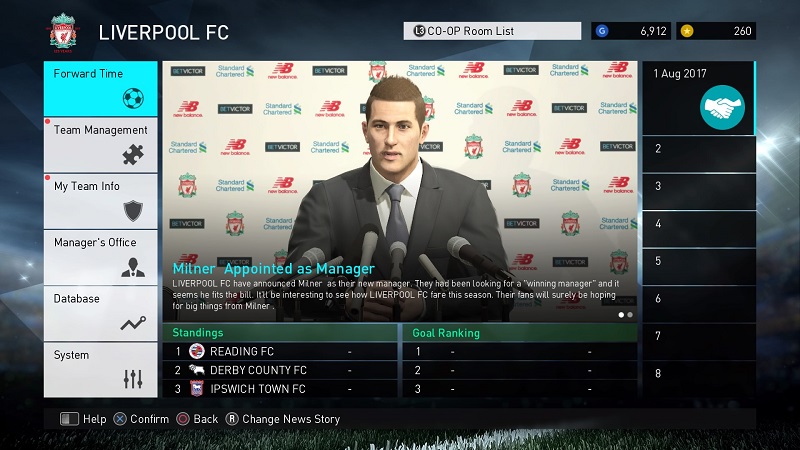 At the end of the day, when it comes down to the decisive penalty, PES 2018 nails it once more into the top corner. PES 2018 is a solid performer in the world of football games, recapturing the wonderful game as it so often does. There’s, as always, room for improvement, especially on the aesthetic side of things, but with the gameplay as good as it is, with those incredible player likenesses and smooth animations, with the meaty hooks of Random Selection and MyClub, and the incredible licensing of the Champions League, PES 2018 can feel very comfortable on its throne, for just a little while longer. 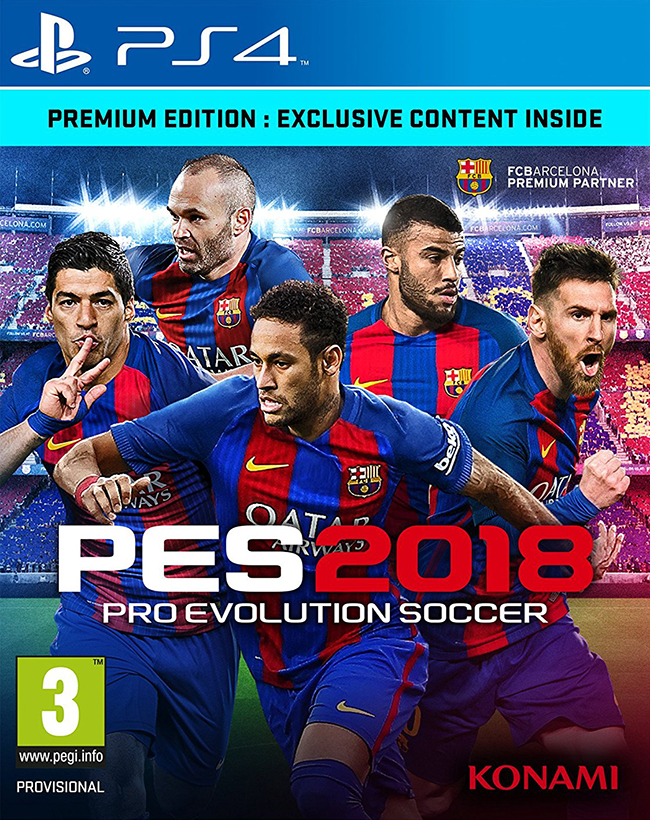