Good luck holding all this style 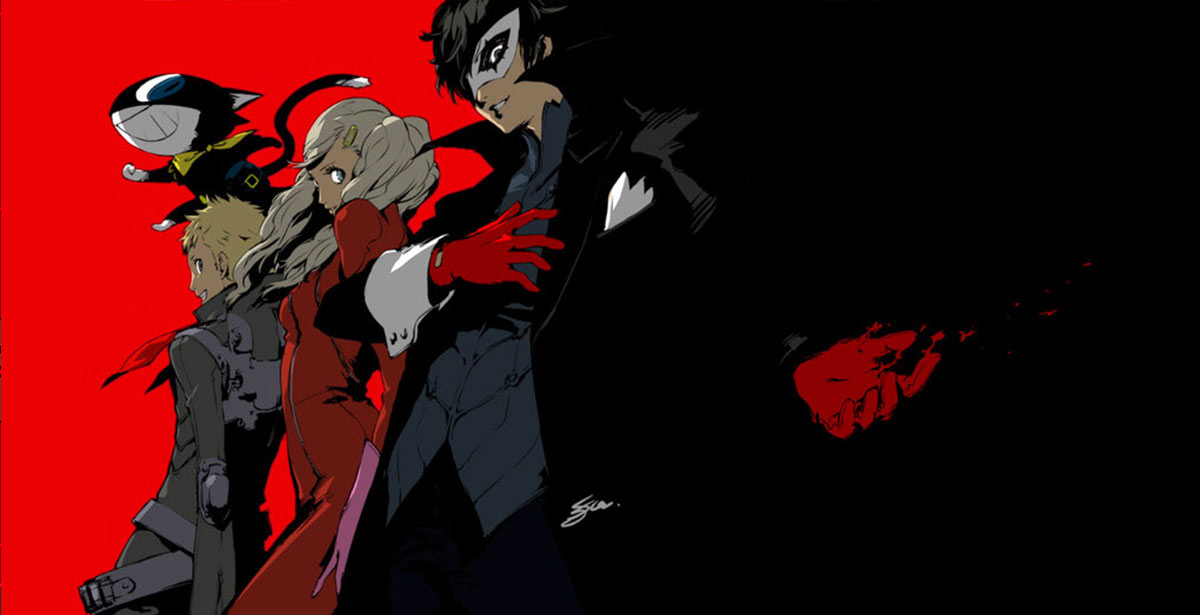 We did it, kids. The long, whiskey-fuelled winter without Persona 5 is almost at its end, and the game is finally at our doorstep (please share your stories of how you endured this time so we can all prepare for Kingdom Hearts III). For those of you that are unfamiliar with this particular title, allow me to congratulate you on either being new to the internet, or being here for an extremely long time. My lame attempt at humour aside though, Persona 5 is a turn-based RPG, time management sim, dating sim hybrid developed and published by Atlus for the PlayStation 3 and 4. The premise of the game is like previous entries in the series. You play as a high school version of Dominick Cobb, who moves to a new town for a year due to a set of initially vague circumstances. You subsequently assume the leadership role in a group of high school friends with supernatural abilities. You receive the vague mission of saving the world from upcoming ruin, and your adventure begins. If it seems like I’m trying to be as vague as possible with the plot, that’s because I am. Experiencing the awesome story Atlus has woven for yourself is one of the biggest joys in the game, and for this reason I’ve elected not to majorly touch on it during this review.

So, what do you do in Persona 5? Essentially, you must balance living the life of a high school student – complete with high school drama, studying, hanging out with friends, and much more – with living the life of a phantom thief. You are a member of a team which accesses the unconscious mind of individuals and moves through it in the shadow world, trying to steal their twisted desires, fighting monsters along the way. Kind of like a supernatural mixture of Inception and Ocean’s Eleven.

Living your life as a high-school student is where the time management and dating simulation aspects of the game come into play. This part of the game largely plays like a visual novel, where you go to school every day except Sunday — after which you can choose how to spend your day and evening. The options available to you here are plentiful. You can hang out with friends, study, read, take part in food challenges, visit the bathhouse, brew coffee, and much, much more. This freedom is great, but it can scare you off if you are new to the series, because it can sometimes feel overwhelming. This is not just for show, however; pretty much all your actions have some practical application. Studying, for example, can improve your knowledge which would allow you to engage with smarter individuals. Doing something daring can increase your guts, also allowing you to do things your character would have been otherwise too scared to do. Every skill you take time to level up has an impact, and this is what makes planning your time meaningful, because these will determine how your life as supernatural George Clooney goes.

Unfortunately, for a game that places such importance on time management, it sometimes has the tendency to grab the narrative steering wheel from you like a drunk friend, at which point it dictates where you need to go. I had my plans screwed over a couple of times by this and, while it’s necessary to drive the plot forward, it sure does get frustrating.

The story, while engaging, moves at a snail’s pace. One of the loading blurbs even says, “take your time”, and you’re going to have to do this whether you like it or not. This is probably what’s going to make or break the experience for you – especially if this is your first exposure to the series. Is this a bad thing? Not at all. Thanks to its slower pace, the stories your confidants have to share with you have plenty room to get fleshed out and it becomes difficult to not end up getting invested in them. When it comes to the other side of your double life, you have a solid turn-based battle system to look forward to. Returning players of the series will be familiar with the mechanics in play here, and will be surprised to find one or two extra mechanics added into the mix. The most notable of these being the ability to hold up a group of enemies, and subsequently extorting them into lending you their strength or giving you items and money. For those of you who have not yet played any Persona games, the battle system essentially has you controlling a four-person party that can use summons to exploit the weaknesses of the shadows you fight — with the shadows being able to do the same thing to you. It’s a battle system that rewards exploiting these weaknesses, and it becomes more challenging as the game progresses — in a fair way.

You also have the ability to fuse the personas you acquire to create new, more powerful ones that inherit the abilities of their unwilling benefactors. This mechanic has a great deal of depth involved for those willing to dedicate time to learning its ins and outs. There are several ways to fuse personas, as you essentially breed the perfect persona. However, a massively in-depth understanding of it is not needed to keep up with the pace the combat sets.

As a point of interest, Atlus has decided to completely disable sharing any content of the game outside of the main menu on the PS4. This is a massive pity, because when you boot up the game for the first time, the most distinctive thing you will notice is that it oozes style from everything it does. The overall look of the game has an awesome sketchbook comic style to it and the predominantly red, black, and grey colour scheme it uses — combined with this style — makes it look truly unique. The menus (and even the loading screens) are incredibly slick, and the passion the developers have put into this title is by no means missing here. Each menu, be it equipment, items, status, or even settings has its own image, cleverly crafted to fit it in one way or another. Going through each of the menus was enjoyable on its own. This does not make the game, of course, but seeing this level of detail in something like a menu, that is so often overlooked by even AAA titles, proved to be refreshing.

Both newcomers and veterans of the series alike will be pleased to know that the monster and persona design is on point. Each enemy you encounter (and summon) is creatively conceptualised and well-executed. Returning players will recognise many of these as the overall Persona design is largely similar to those of previous entries (with the exception of new additions to the title), but it is evident that a welcome layer of polish has been generously slathered across all these models.

I’m going to give props to the environmental design, because the many locations you visit look and feel authentic and alive. Since the game takes place in an urban setting, Atlus has put significant effort into making these locations feel appropriate. They succeed in this endeavour because the city environments feel bustling and are a pleasure to run around in and explore. The major dungeons, called Palaces, you visit throughout your journey are each visually and thematically distinctive. These are an absolute joy to behold because they are laden with detail thanks to no longer being procedurally generated. That’s right, each Palace is now a set dungeon, with safe rooms acting like checkpoints as you make your way through them. This approach allows for a bit more verticality in these palaces that, while not major, makes exploring them more enjoyable. For those of you who like the random dungeon mechanic, don’t panic. A procedurally generated dungeon becomes accessible to you shortly after beating the first palace. Accompanying you and your squad through these locations is an awesome soundtrack. If you’ve played any of the previous Persona titles, you know that the soundtracks are generally groovy. If you have not played any of the previous games, then you are in for a treat here. As awesome as the soundtrack is though, there is not quite enough of it as you will find yourself listening to the same four songs as you go about your daily in-game routine. While not a major issue at first, this is going to get on your nerves after 80 hours.

Another aspect that I need to address here is the Japanese voice over. This is available as free DLC and amounts to a 2GB download. Unfortunately, unless you understand Japanese, this can prove to be frustrating because I noticed pieces of audio were not subtitled in certain cutscenes (even though I had the setting enabled). It’s a pity because the Japanese audio track sounded great, but I had to switch to the English audio relatively early on because of this. Said English audio is not bad by any means, but at times it did strike me as a bit forced when certain pieces of dialogue were exchanged. At the end of the day, Persona 5 is an unmitigated blast. It unapologetically sticks to its style and pace, and you’ll ultimately grow to love or leave it for that. It does, however, offer a digital ton of content for both new and returning players to enjoy in a way that makes it well worth the price of admission.

...but it gets repetitive. 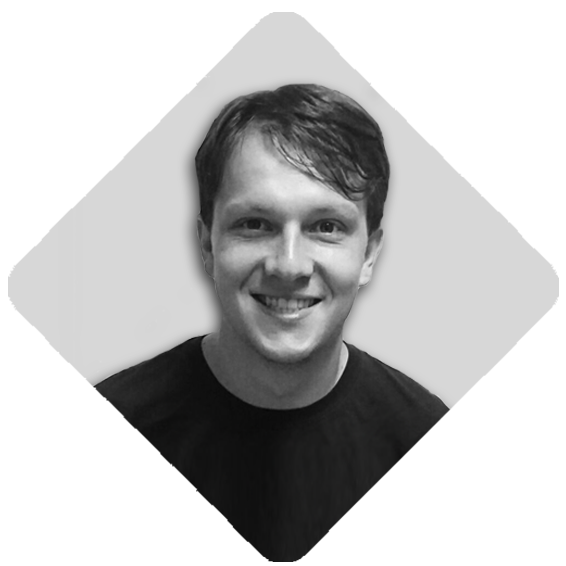 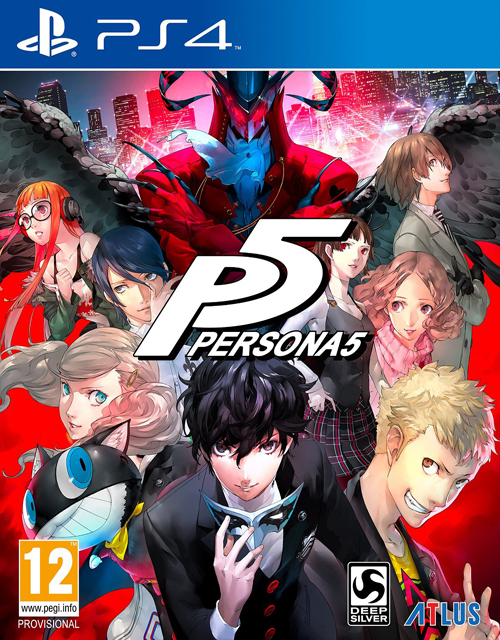