Nexus' Most Anticipated Games of 2020 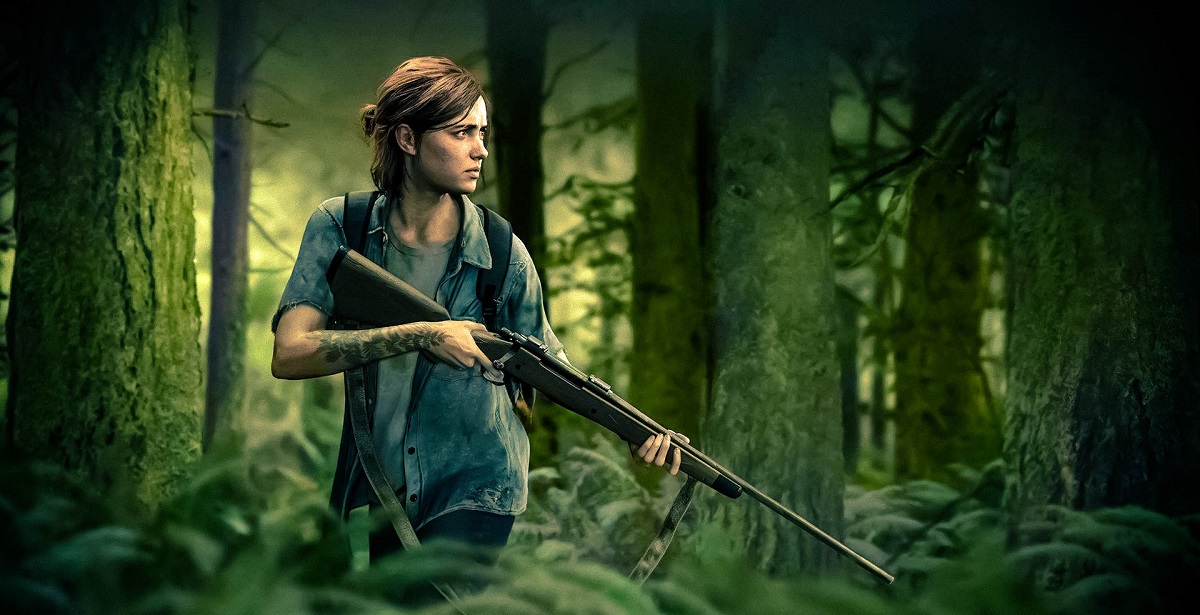 With the year coming to a strong close thanks to stellar titles like Death Stranding and Star Wars Jedi: Fallen Order, 2020 is promising even bigger, long-anticipated titles that will surely make it one of the best years in gaming. Additionally, Xbox and PlayStation will release their next generation of consoles by the end of 2020, so to get the great releases out of the way, we've assembled a list of our most anticipated games. From CD Projekt Red's next Keanu Reeves biography to Ellie's journey of murderous vengeance, here's Nexus' most anticipated games of 2020!

Just choosing one game has been really tough as next year seems to have a knockout lineup. DOOM Eternal crowns the list right now, because, well it's DOOM and after the amazing 2016 reboot, this can only get better. Then there's the remaster of DOOM 64, the best version of DOOM ever made, but since I've played it multiple times, Eternal will come first. Next there's Marvel's Avengers which looks better after the last trailer. Final Fantasy VII Remake is something I'm wary about right now. With Dreams being more of a videogame development tool, it's not so much on my list as a must-have on launch just to get to grips with the tools. Finally, I'm super stoked for Phantasy Star Online 2 for PC and Xbox One, as I've played the snot out of the Dreamcast original. Oh and Vampire: The Masquerade - Bloodlines 2 has me incredibly, but warily, excited. Like I said, choosing just one is tough.


Shelly
Ori and the Will of the Wisps

I have been waiting on a bunch of big games from Blizzard, but since Diablo IV is currently confirmed as "not soon" and Overwatch 2 seems more like a major patch than a new game, plus my particular skepticism about World of Warcraft Shadowlands (I've been putting my queen, Sylvanas, in the naughty corner all through the Battle of Azeroth expansion), my most anticipated will be Ori and the Will of the Wisps. I still need to finish up Ori and the Blind Forest, but the game has had me my toes for ages and when it was announced at E3, I only got more excited. The release date is also just in time for my birthday, so I'll probably stay in like a real teenager that weekend, stuck in front of my PC with my Xbox One controller, enjoying another beautifully artistic story that pulls on my heartstrings for the little Ori.

While there are many incoming games that have piqued so many of our interests, I have to single out Cyberpunk 2077 as the game that I am most looking forward to next year. With a fluid character concept and build path in a world where transhumanism has been dialed to the other side of the colour spectrum, to other games that have delved into these themes, I know that I can not wait to create my own Samurai and see all that Night City has to offer, if my PC can somehow manage to run it...

My most anticipated game for 2020 is probably Nioh 2. While everyone is going to pick The Last of Us: Part II, I'm super excited to play Nioh 2, especially after the beta we just had access to was so good. Everything that made the first game great is still present in the sequel, and now we get to see Koei Tecmo and Team Ninja expand upon an already great world even further. The game's difficulty and learning curve still seems to be quite intense, though, but that's not a bad thing at all. March 2020 needs to hurry up and arrive already.

After From Software said they were done with the Dark Souls franchise for a while, I was largely filled with happiness that the company will be giving us something new. But at the same time, I was sad about what that meant for the future of their games. Sekiro: Shadows Die Twice proved that they could make a game well out of their comfort zone, while simultaneously giving us that typical From Software flare. However, a part of me immediately wanted to know what this gameplay would feel like in a Dark Souls-like game. Sekiro didn't necessarily give us freedom over our builds, due to the story-focused nature of the game. Just when my curiosity for Sekiro's gameplay peaked, Elden Ring was announced. An open-world RPG from the creators of Dark Souls, Bloodborne, and now, Sekiro? Sign me up.

From Software's willingness to continuously evolve their gameplay and difficultly will forever keep me hooked onto them. I know for a fact that they're going to be trying to find new ways to challenge their fans, while refining those signature boss fights as they go along. Not to mention the fact that they probably have some of the best boss designs I've ever seen in game. Do I even have to talk about how good it felt to beat some of them? Needless to say, the pedigree they have created in their past games, more than justify my excitement for any new game they release.

Let's be honest: 2020 is going to be rough on our wallets. Most, if not all, of the major developers are gearing up to absolutely destroy next year with their game releases. Personally, I only have one or two games I am really looking forward to, and one wishful thinking title I'm hoping for. Final Fantasy VII Remake, Dragon Ball Z: Kakarot, Elden Ring, and Gods & Monsters (but mostly Gods & Monsters) are the titles I am most looking forward to. Above everything else, I am keeping all possible philangies crossed tightly for a new Dragon Quest game in 2020. If this materializes, all other titles are dead to me and I change my vote to said Dragon Quest title.

So initially I thought that Marvel's Avengers would be my hype for 2020 after the pure brilliance that was Marvel's Spider-Man, but from what we've seen so far, I'm not too crazy about it. Cyberpunk 2077, on the other hand, looks like one of those games I'll gladly take 2 weeks of "bye world" and lock myself up in a room to get lost in it's splendour. CD Proejkt Red are pretty synonymous with brilliance after the award-winning success of The Witcher titles and I fully trust their instincts going into this new IP. From the insanely long gameplay trailers shown off so far, I'm hyped to jump into what's clearly a fleshed out and believable world waiting to be explored and lived in. Also, Keeanu Reeves is in it!


Darren
The Last of Us: Part II

It’s not very often that I play games that leave me wanting more, or demanding a sequel quite literally the following day. In fact, I could probably count those games on a single hand to be honest. The Last of Us was one of those games that left me in a depressed state after I unfortunately had to finish the story. Fortunately, I can start building up my hyper meter until May 29th – happily willing to go on an apocalyptic, zombie killing, emotional, primitive Tomb Raider-styled Steven Spielberg story to satisfy my epic journey that Ellie and I are going to go on. Side note: I am a Universally Huge Marvel Fanboy, and the fact that Marvel's Avengers is taking a back seat to this – is all you need to know that this is indeed my most anticipated game. May 29th 2020, please be tomorrow!

I know, I know, this is probably cheating since we aren't certain that From Software's Elden Ring will even release in 2020. However, historically speaking, the developer has never unveiled a game unless it would release within the next year, so I'm 90% certain that Elden Ring will launch sometime in 2020. That said, I am eternally excited for what is being described as From Software's magnum opus; a culmination of everything they've learned in their career. With Sekiro: Shadows Die Twice refining their combat to masterful degrees, and the Soulsborne series solidifying their truly remarkable world-building and lore, the combination (plus more) will be incredibly enticing. While this Bloodborne fanboy patiently waits for a sequel (that may never come), we can at least rejoice in the spiritual successor to Dark Souls.

What's your most anticipated game of 2020? Let us know in the comments below!

Lol, Even though I am a gaming hobo that can't a afford a switch

Lurch
So many good games covered that I'm eagerly anticipating. On the RPG front, Vampire: The Masquerade – Bloodlines 2 and Wasteland 3 are high up on my list. I'm keen to see if both of them can provide a narrative that offers as amny outcomes as their predecessors. I'll also thrown in a vote for Halo Infinite as we got a great sequel in Gears 5, and I'd like to see this franchise rejuvinated in the same way,