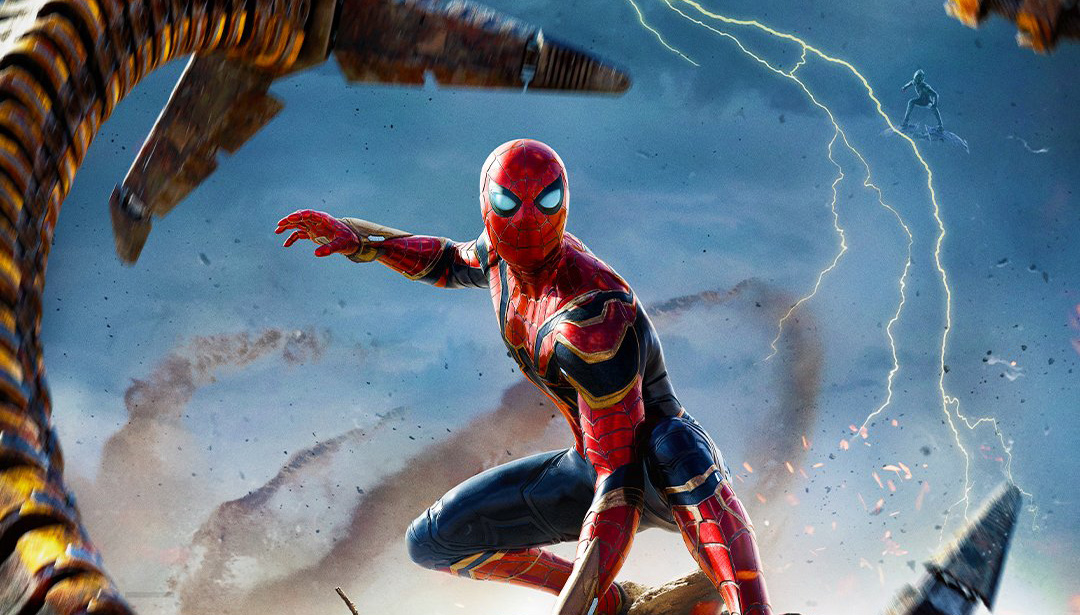 Marvel Studios and Disney have released a new poster for the upcoming, highly anticipated MCU film Spider-Man: No Way Home. While it doesn’t give away too much, eagle-eyed viewers have already spotted some of its hidden (and not-so-hidden) secrets, including Willem Dafoe’s Green Goblin and what appears to be a sandstorm, confirming Sandman too.

The newest poster for Spider-Man: No Way Home sidesteps plenty of spoilers (including failing to show Tobey Maguire and Andrew Garfield, who are heavily rumoured to appear in the film). However, we do have our first official glimpse of Green Goblin from Sam Raimi’s Spider-Man universe smartly placed in the background if you zoom in close enough.

Spider-Man: No Way Home is piling on villains from other Spider-Man universes, with many fans expecting the film to tackle the Sinister Six. This latest poster all but confirms four villains in total: Doc Ock’s tentacles, Electro’s lightning, Sandman’s sandstorm, and Green Goblin gliding in the background. The other rumoured villains include Rhys Ifans’ Lizard, leaving one more to form the deadly group of supervillains. 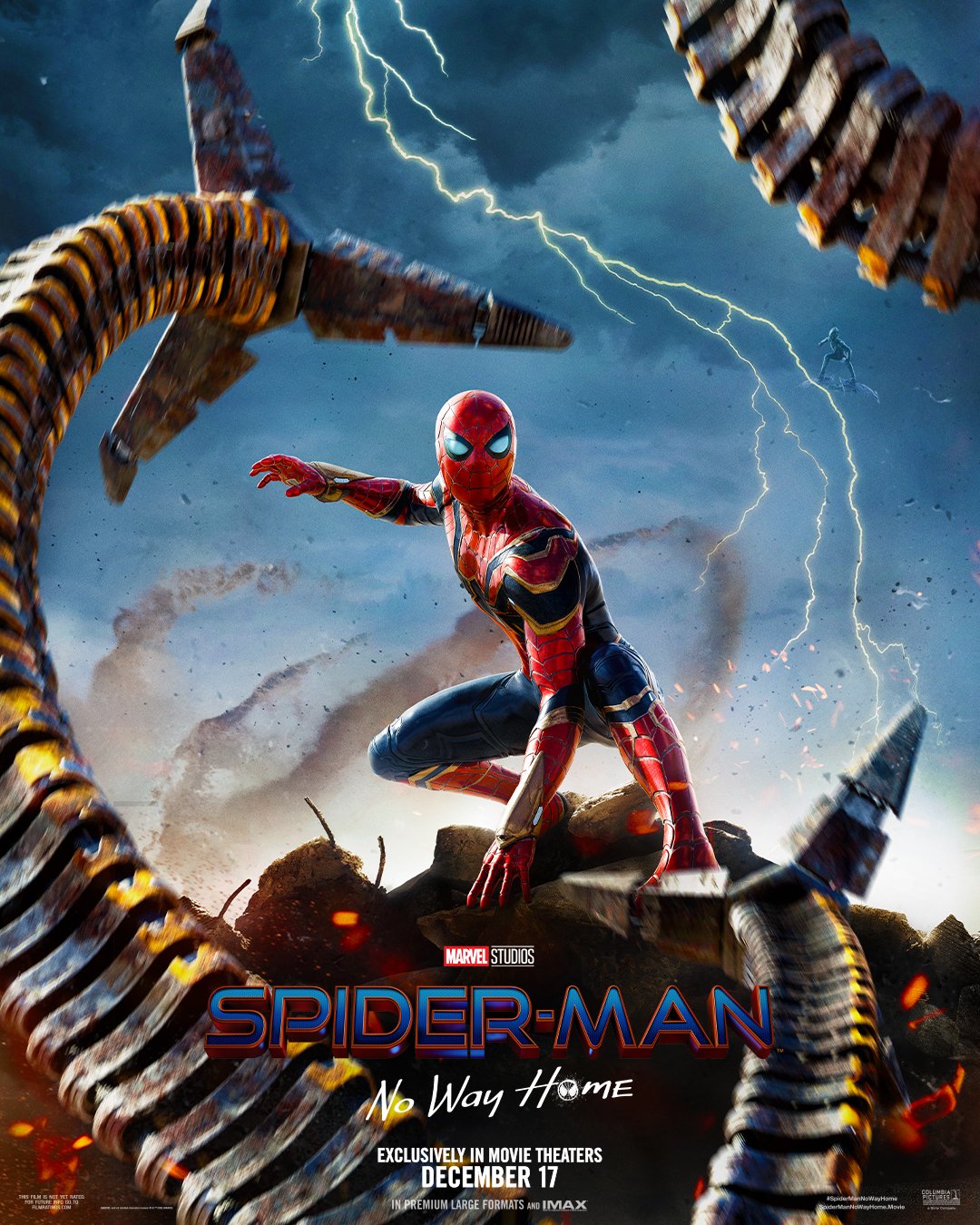 With the release of a new poster, fans are now expecting another trailer to drop sometime soon. The first teaser trailer (even though it plays out more like a full trailer) sees Peter Parker attempting to reverse the reveal of his secret identity by way of one of Doctor Strange’s spells, which horribly backfires and lets loose the multiverse – a concept that was already cracked wide open in the Disney Plus television series, Loki. This causes several universes to collide in one epic Spider-Man film, and we can’t wait to see what else it has in store for us.

Spider-Man: No Way Home releases in cinemas on 17 December 2021.