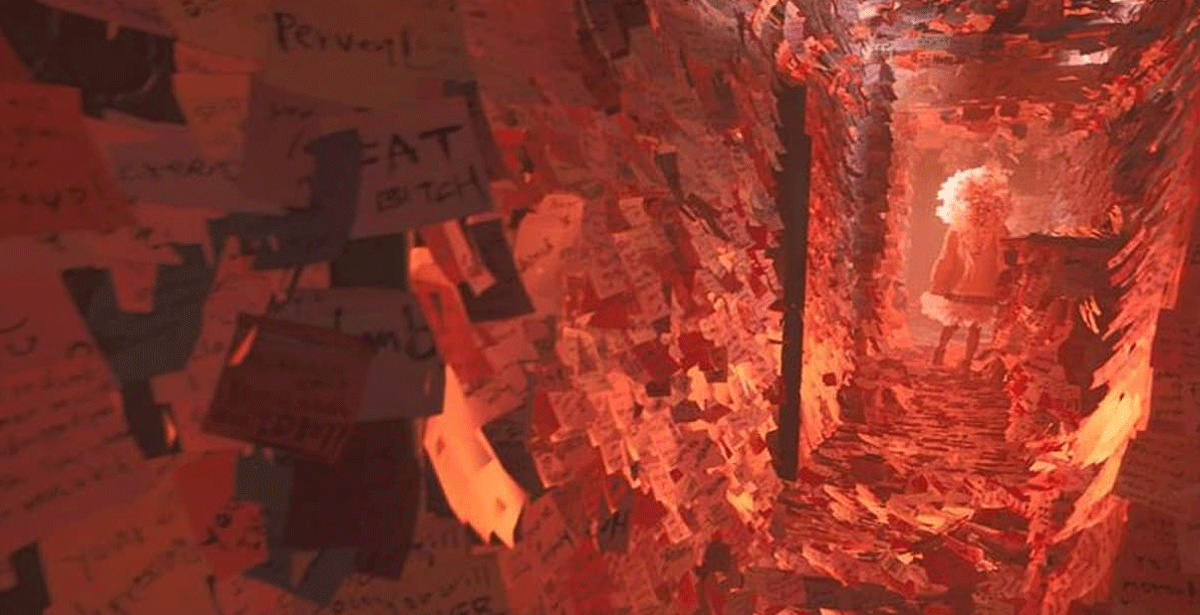 We are getting closer to a new Silent Hill game. A recent set of gameplay images leaked online and Konami immediately issued a DMCA takedown notice for the leak which resulted in the account being closed. If this isn’t a sign of a real Silent Hill game being worked on then I don’t know what is.

The leak originated from Dusk Golem who posted a series of tweets containing gameplay images that the user says were from an in-development Silent Hill game. Dusk Golem says that he is aware of a lot more gameplay information regarding the project that he wasn’t sharing. However, he did have access to four gameplay images which he did upload to Twitter.

The screenshots show off a run-down house filled with litter and clutter. There’s also a lady’s face that has sticky notes in it which contain words. We then have a corridor with more sticky notes scattered around. This corridor has all of its walls covered in these sticky notes and there’s a sort of creature on the other end. Each sticky note seems to contain a word or two. Lastly, there’s a desk with a note on it. The player discovered the note and is reading it. Dusk Golem says this leak comes from a new source he has. He mentions the names Anita and Maya in the tweet and SMS messages for some reason. Anita and Maya might be the leak characters in this new Silent Hill. However, we don’t know for sure yet how they line up with the game. Dusk Golem also claims that this is not the only Silent Hill game in development at Konami.

Now while I would say take this with a pinch of salt, especially given how wild these past Silent Hill leaks have been. The fact that Konami instantly issued a DMCA takedown notice for this leak is proof enough that the game might just be real. This is also the first original batch of in-game content we have seen for the game. It is a big deal.