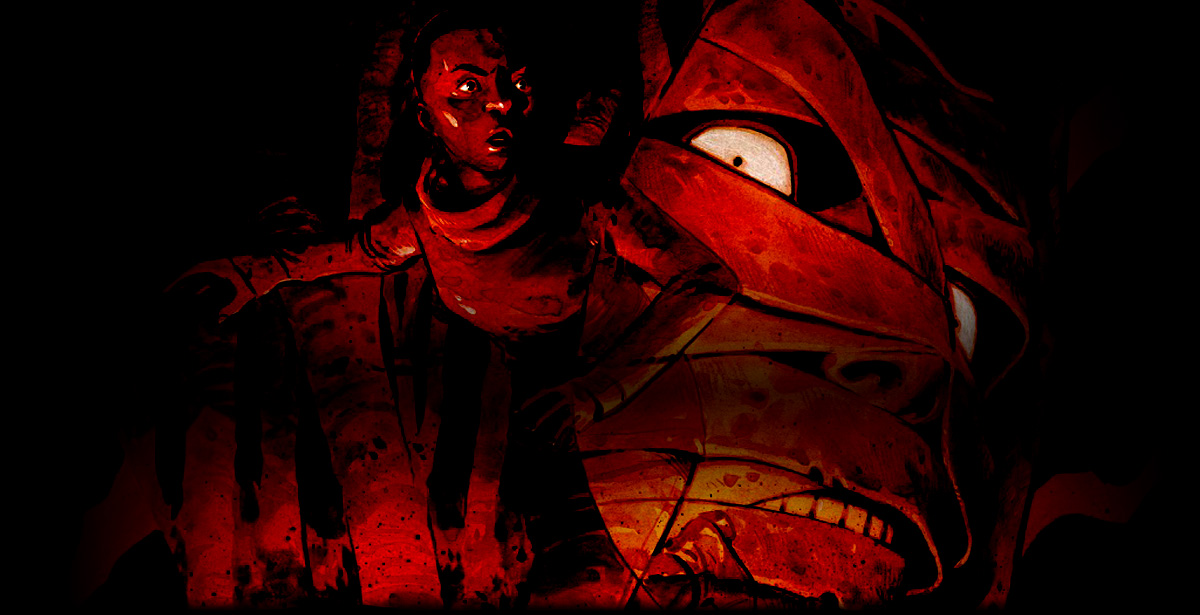 In keeping with the ghoulish and gruesome after effects of Halloween, we take a look at a monstrous newly released issue 1, Monster Planet, and a sinister mini-series that recently concluded, Manor Black. So sit back and enjoy another New Comic Book Day. 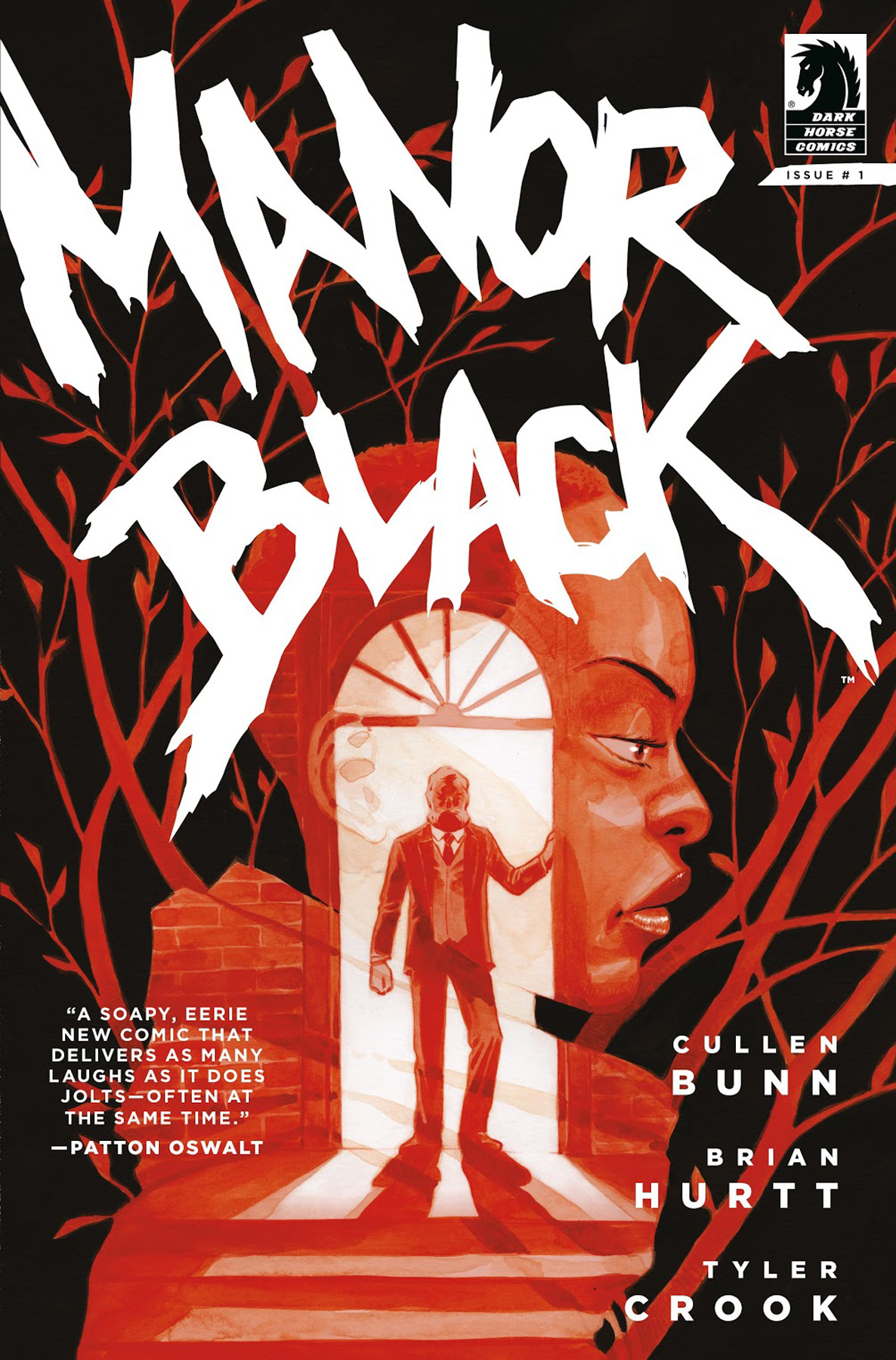 Magic, horror and mystery are perfectly joined together in this captivating story from Dark Horse Comics. This is a multi-faceted plot, with 3 distinct and strong narratives entwined around one another to form a seamless tale. That it is done in only 4 issues, is both incredibly impressive, as it is a rather intricate plot and it is well told, but at the same time it is a little disappointing that more issues were not used to go into more detail on the unfolding events. Although, even if this was just a 4 issue mini-series and is now listed as complete, there is obviously much more story left to tell at the end of it, so I do expect there to be more mini-series in the future.

Manor Black, as I said before, has 3 distinct plot lines running concurrently and they are all tied into one another to form the greater story. To understand these plot lines, we are introduced to the setting of the tale. This is a regular world, but with the existence of magic, which most of the population know nothing about, something along the lines of The Magicians TV series, or even Harry Potter. Similar to those shows, there are different houses or focuses of magic, in Manor Black’s case these are families that share a magic totem of power; and also similar to those shows there are those who are unschooled in magic and belong to no house, but wield magic anyway, in Manor Black’s case these are wild mages.

The first major plot line of the story is that Roman Black, the head of his family, is soon going to pass on. He knows that he has a limited amount of time left, and one of his most pressing matters to resolve is to choose a successor. But Roman Black feels that none of his family is either ready or up to the task, and this is causing him no small amount of consternation. It is also making his family quite tense, and as is the case with the power hungry and ambitious, it is also making them more unpredictable. 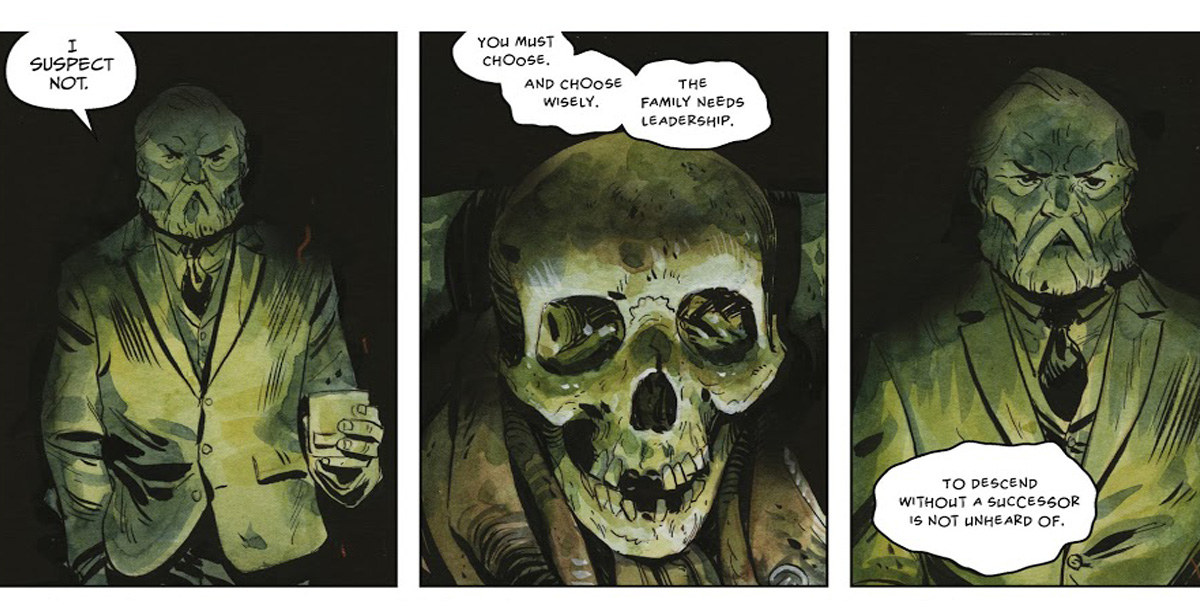 The second of the independent but interlinked plots lines, is the last survivor of one of the houses is on the run from a group of wild mages, who want the power of her family’s totem. They massacre her family, and she alone escapes, while her totem, an uncontrolled element of fire, is let loose into the world. Ari, the lone survivor, finds herself fleeing pursuit only to land up at Manor Black, where Roman Black himself drives off the wild mages who pursue her and places her under his protection. Together, Ari and Roman seek to contain the fire totem before it can do too much damage on the loose, or let it fall into the hands of the wild mages, who could be just as dangerous with it. Without a family to control it, the fire totem is growing, and lashing out, incinerating many who come into contact with it. But Roman’s family do not agree with his decision to aid Ari, especially at the time he should be focusing on naming a successor, and a jealous animosity is born of it.

Lastly, is the plot surrounding the town, the law, and all the unsuspecting citizens who are blissfully unaware of the existence of magic or totems or the growing tensions around them. What they are aware of however, is a mysterious car accident where the entire scene, bodies and all, were burnt to a crisp. This accident leads to another unexplainable arson. And then when people begin to spontaneously combust, matters are obviously well out of hand. And the only common lead that Sherriff Harvey Washington can find, is a young woman named Ari, last seen in the company of the mysterious Roman Black.

Manor Black is highly entertaining, expertly written and elaborately planned, and really my only complaint, so far, is that it finished too quickly. But I do say so far, as I’m sure there will be more, there has to be! 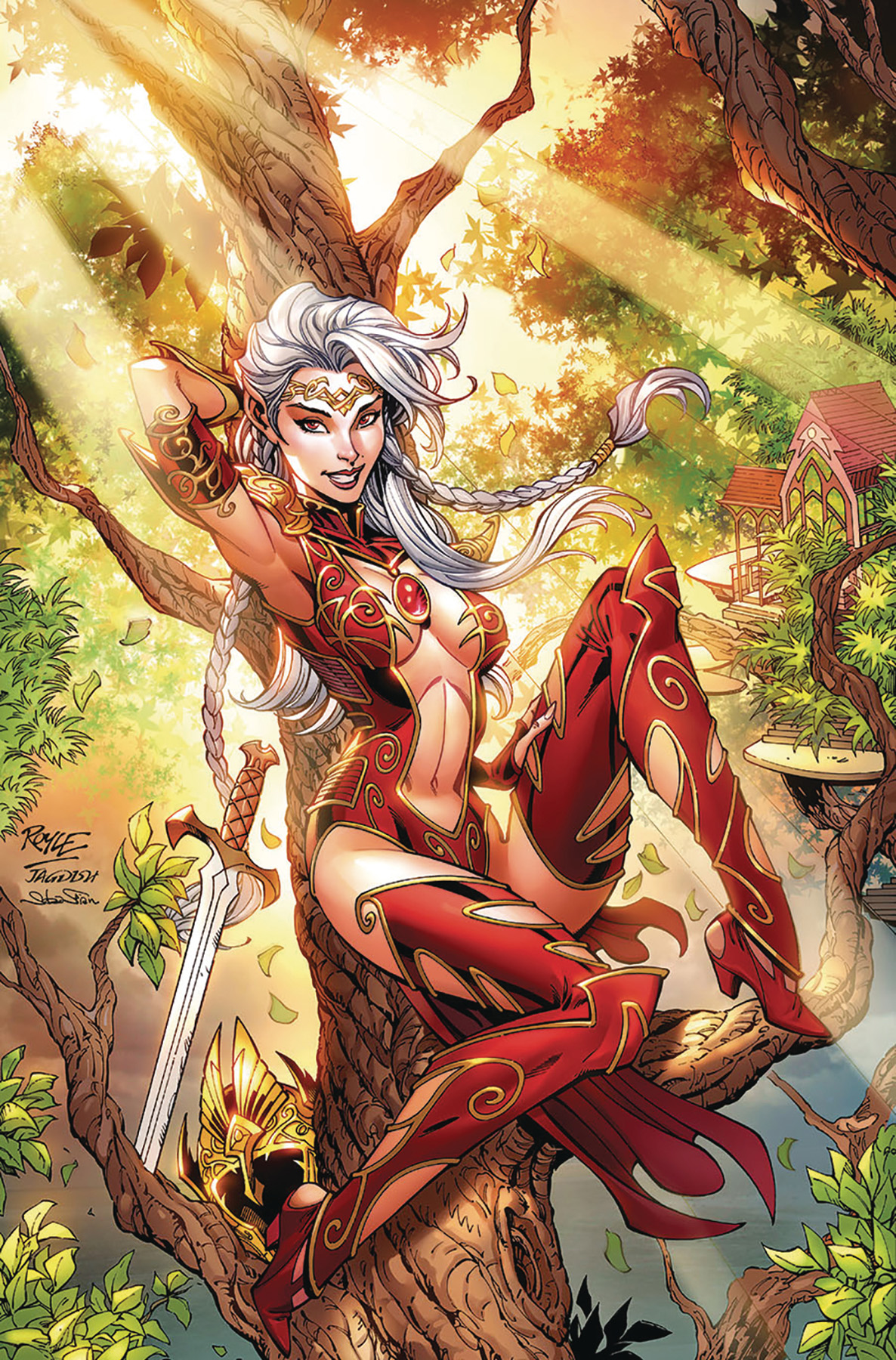 To quote T.S. Elliot “This is the way the world ends. Not with a bang but a whimper.” Except in the case of Monster Planet, that would read, “Not with a bang but a Grrrrrrrr.” It’s the end of the world in Monster Planet, or just about. A nasty virus has decimated civilization as we know it. And this virus doesn’t just kill, it turns people, changes them into things, beasts, monsters. And it doesn’t just affect people; it also has its affect on the supernatural creatures that still lurk in the shadows of our world. Vampires, werewolves, trolls, goblins, you name it. All intelligent life on earth is at risk.

But humanity has found what could be a cure, a way to end this nightmare. But it’s going to take a miracle to pull it off, because the key to the cure is getting the oldest known vampire to help them make it, and even if the world has gone to hell, vampires still hate humans. But do they hate them more than this monster virus that is taking over the world?

A team of elite soldiers are sent in to negotiate with the vampire, one Xavier Drake, and to bring him back, alive. Sending in a group of heavily armed troops with a tendency towards violence may have not been the best plan to inspire a sense of diplomacy, but there aren’t that many special operatives left who could handle this job, so Sergeant Blaire Spencer has her hands full from the start on this mission. But with the fate of the world depending on the success of her team’s assignment, she’s just going to have to dig deep and find a way to get this vampire and his group of supernatural nightmares to help them to stop earth becoming completely overrun but the monsters which the virus has created. 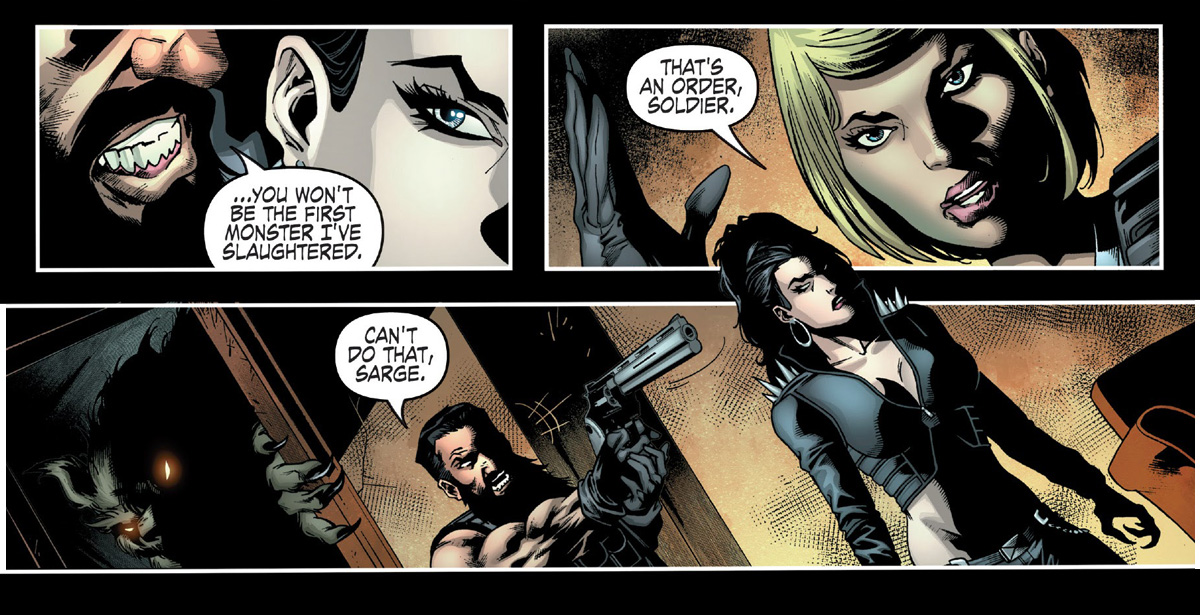 One generally doesn’t go to Zenescope Entertainment for a literary masterpiece. They have some decent stories for sure, but they do still mostly get their following from their casual way of storytelling in the supernatural, magical, and mythical genres; and for the artwork of their comics. Their comics always have a very unique style of artwork, with exciting and vibrant action, lustily penned women, and nightmarish creatures. And while their interior pages are always a pleasure to see, it is their covers that are the biggest attraction, with collectors often buying multiple copies of the same issue, just to get the different covers.

But that all being said, Monster Planet wasn’t badly written, and I’ve seen worse plots make it to print, so in addition to the comic’s pretty artwork; the story doesn’t seem that bad either.