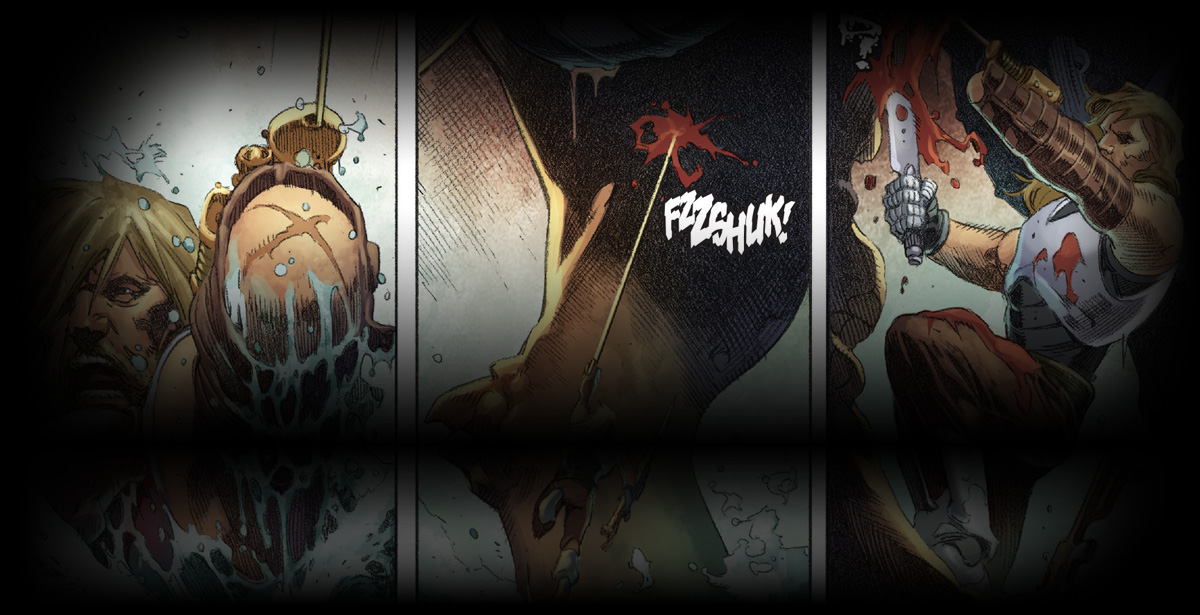 Something old, something new (ish). New Comic Book Day this week features the first appearance of Valiant Comics’ X-O Manowar and the first issue of the latest 2017 comic series as well. As one of the main titles of the Valiant universe, X-O Manowar has seen a fair amount of success for a title from an indie publisher. Let’s take a look at why that is. 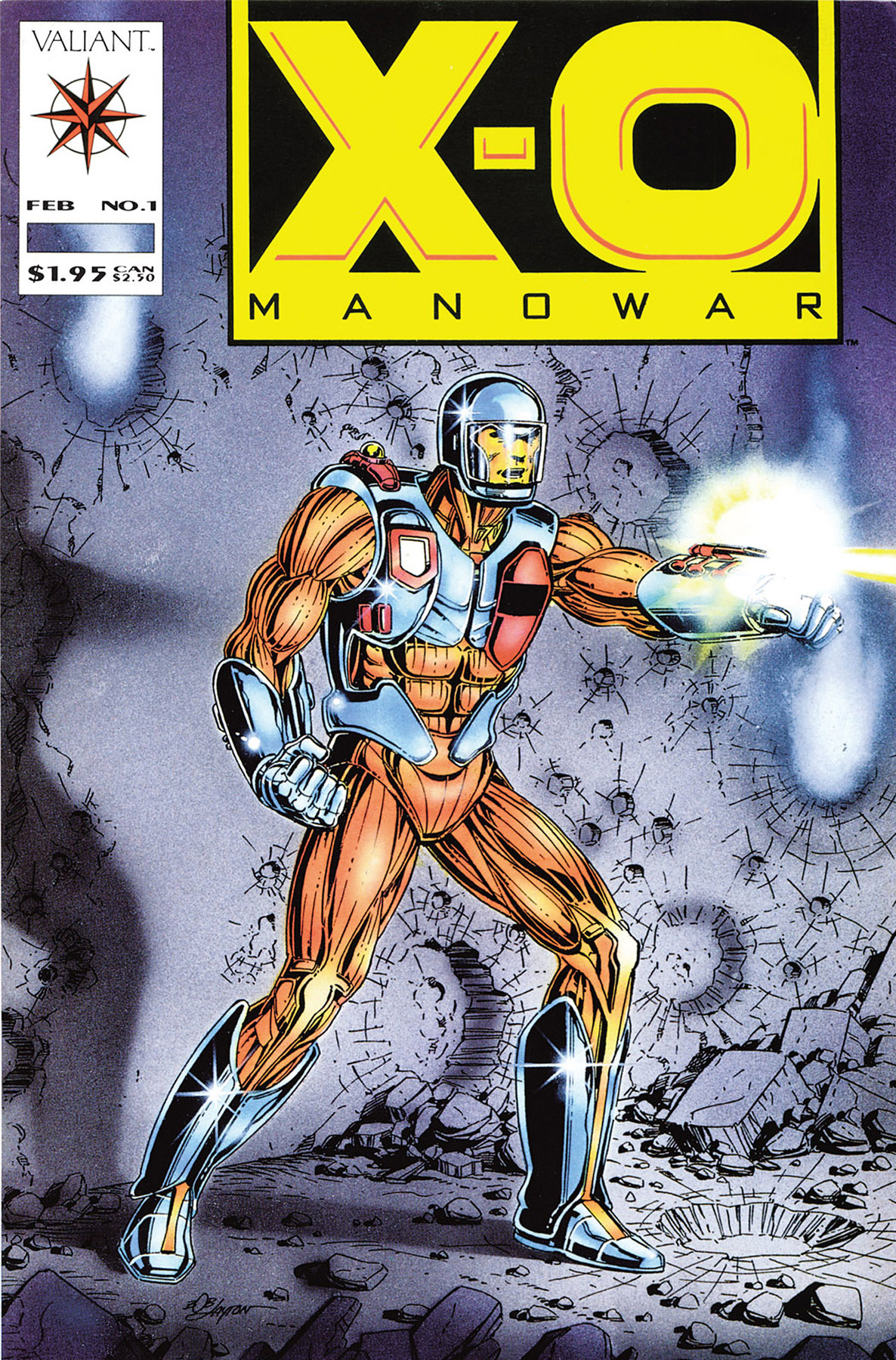 Aric, a warrior of a Germanic tribe was captured by aliens that look like giant spiders, centuries ago. He has spent years in a horrific living nightmare as their prisoner, seeing them devour other humans and waiting for his time. Finally, Aric learns of a weapon that he can use to escape his captivity. Drawing on his immense courage, endurance, and fighting skills, Aric escapes his bonds and cuts a gory path through the alien space craft toward the weapon. Once he reaches the chamber, his hopes seem lost as there is no weapon, only a small suit of body armour, too small for him to wear. Then he recalls that the one who gave him the map to the weapon told him to use the ring which is with it, so with that knowledge, Aric seizes the ring and slips it onto his finger. Suddenly the suit latches onto his body and seems to grow and entwine itself around his own hulking mass, and not a moment too soon, as the spider-like aliens, not using their laser weapons until now in fear of damaging their ship, open fire on Aric. The mighty suit of armour absorbs all the fire, and produces weapons of its own allowing Aric to return fire and rip his foes apart. Using the suit, Aric escapes the spaceship, destroying it in the process, and flees to earth. There he discards the suit, longing for the freedom of not wearing anything, as this is what he is used to, but he keeps the ring which controls the suit.

As Aric wonders the land, trying to figure out where he is and how to get home, it becomes apparent that the spider-like aliens have a firm foothold on earth too, and able to track the suit and the ring, set out to hunt Aric down to regain them. But Aric’s warrior instincts keep him a step ahead of his enemies, even without the suit, and as he travels, led by the ring, he becomes more accustomed to this strange new world. Eventually Aric travels to America, where his foes set an ambush for him, but to their dismay he somehow summons the suit of armour, and then easily defeats them. Now as the aliens try to discern a new way to get their suit back, Aric decides to keep it and use it to continue to fight the aliens. 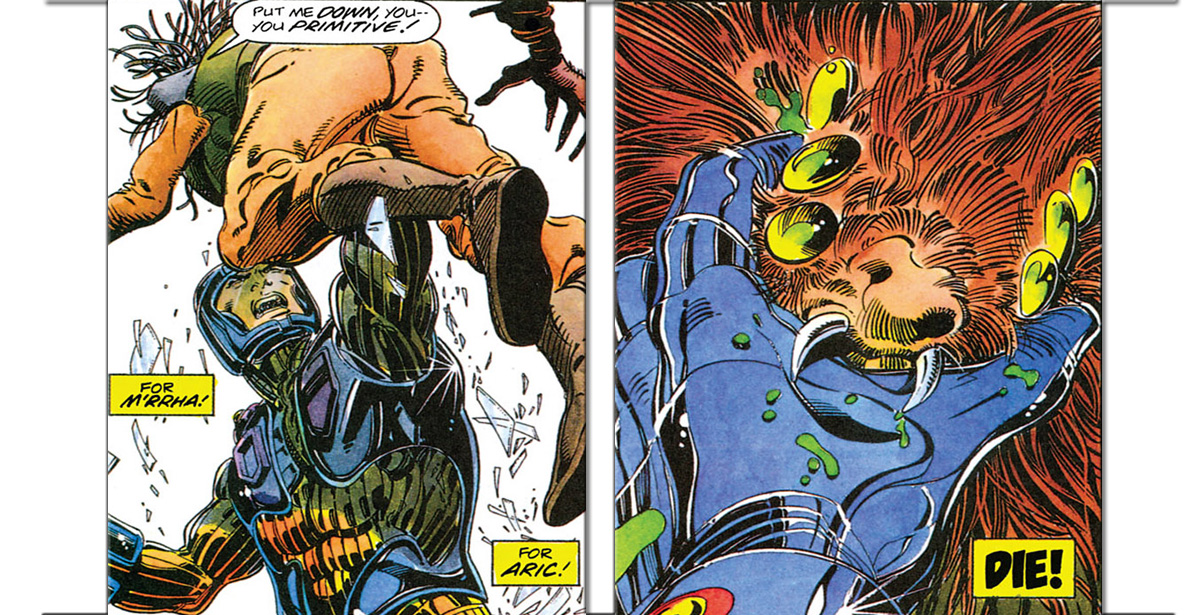 The first issue of X-O Manowar reads a bit like a cross between Conan and Iron Man. It also reminds me a lot of 2000 AD for some reason, maybe it’s the giant spider-aliens I remember seeing in Nemesis the Warlock as a kid, but more than that, it feels like a similar writing and story-telling style, like those old British comics used to play out. This is also a very thorough first issue, covering a lot of story, giving it a much meatier feel than a lot of the first issues of the bigger publishers, which tend to tell part of a story and end on a cliff-hanger.

All things considered, the ’92 X-O Manowar #1 was a really good issue, with not a lot of negatives, and certainly an entertaining and engrossing read, and easily giving the reader enough reasons to check out the next issue, without having to tell half the story and ending on a cliff-hanger, only to pick it up in the second issue. Nicely done Valiant Comics. 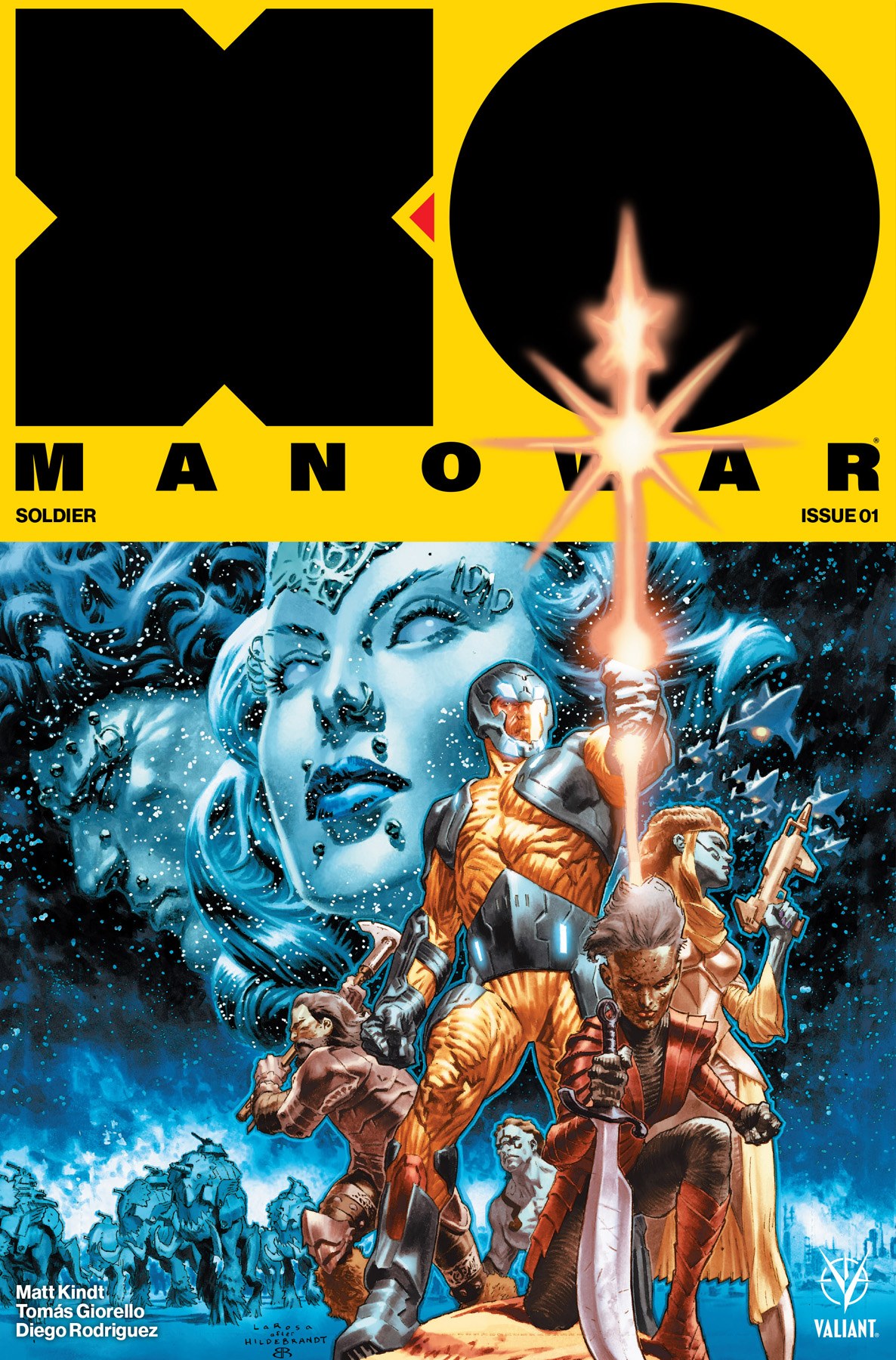 Many years have passed since Aric first found the X-O armour, and he now finds himself on an alien world. He has tried his best to leave his past behind him. He has had enough of fighting, of bloodshed, of death. Now he tends a farm, hard and honest work, and has the love of a beautiful alien woman. Life is simple, and it is good. But war has a way of following Aric, and it isn’t too long before the air is thick with the growing tensions of civil war. Aric wants no part of it, however he is forced into service, and put in the front lines, the cannon fodder, with no expectation of survival. But Aric is no stranger to battle, and even without his armour he is a formidable warrior. He leads his band of expendables through slaughter zone after slaughter zone, surviving what none of their commanders thought possible, and defeating every obstacle in his path. And his reward? The attention of his superiors, and the assignment of a new mission. A suicide mission. Now Aric must call on the X-O suit once more, if he has any chance of surviving this new operation. 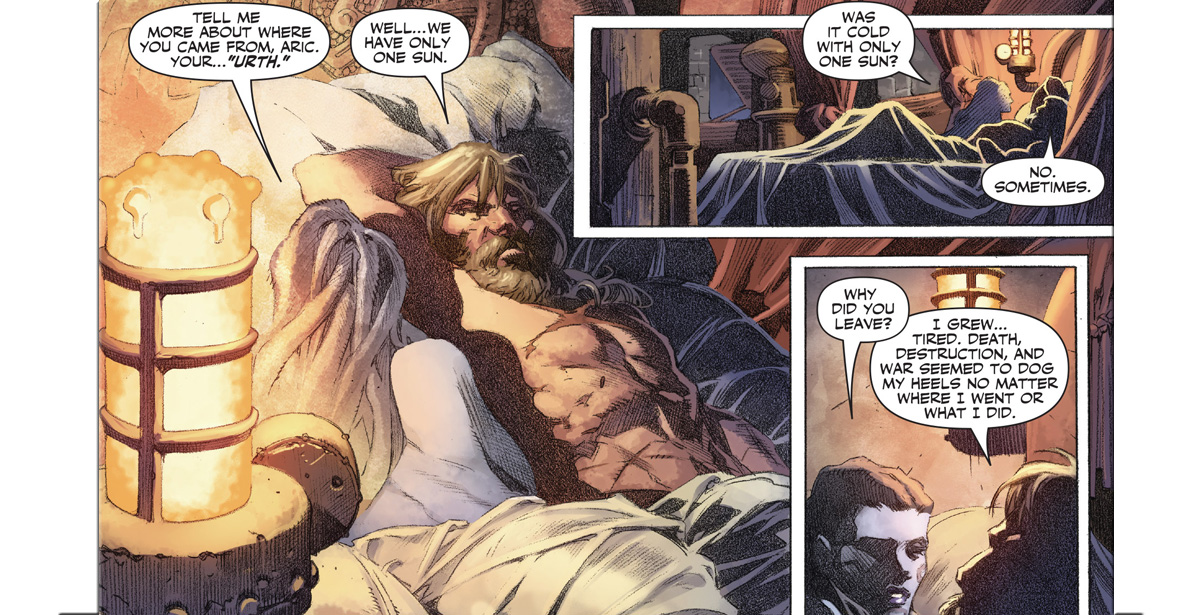 While the artwork is very appealing, and the story is quite interesting, somehow I didn’t feel as absorbed by this more recent #1. It certainly didn’t feel as comprehensive a story as the first appearance did, and maybe a little more expected, predictable. That being said however, it’s by no means a bad read. It seems more mature in some ways, more experienced, in the same kind of way that the character himself is more matured and experienced. Perhaps, if I try to put my finger on why it feels less appealing to me, is maybe a reason it would, and probably does, feel more appealing to most other people, and that is it leaves a similar impression to what a more mainstream title would. Without looking at the title, reading this book you might assume it was something by Marvel, or Dark Horse. Obviously making a book more mainstream means more revenue, and Valiant did do very well with its 2017 reboots, but for me anyway, the earlier issue had a certain something that left me wanting more, in a way that the 2017 issue, while entertaining, didn’t do.