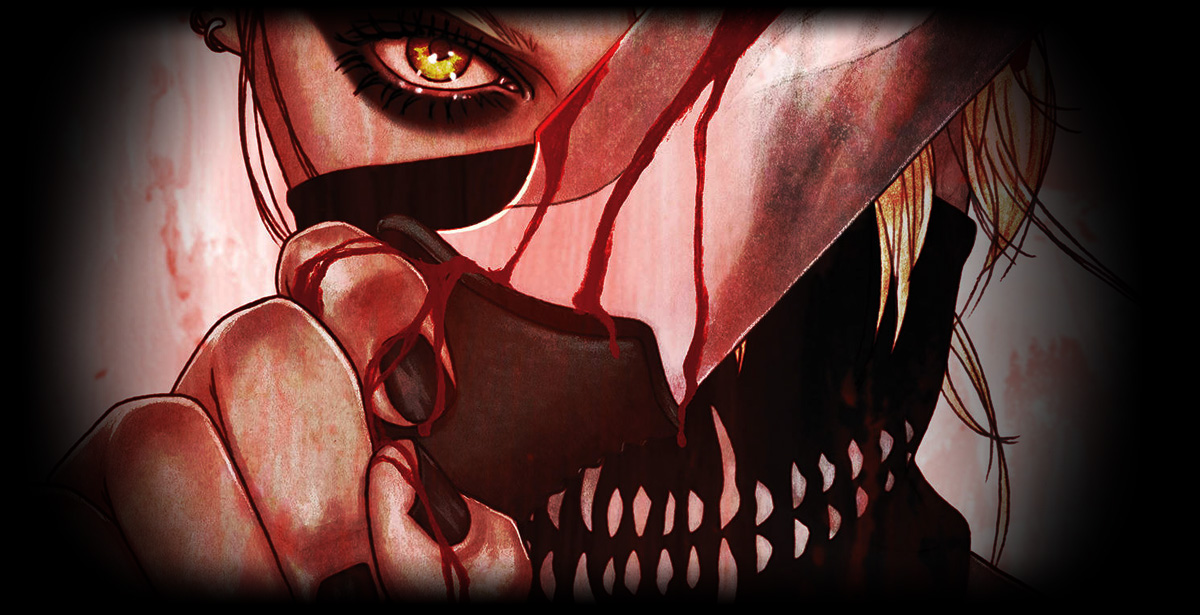 As Halloween approaches, New Comic Book Day gets closer to the darker side of comics. This week, the Dark Knight finds himself in a horrific nightmare of a future and must find a way to stop an evil power which he never imagined that he would need to face, in BATMAN: LAST KNIGHT ON EARTH; and in the small town of Archer’s Peak, SOMETHING IS KILLING THE CHILDREN, in this new limited horror series from Boom! Studios. 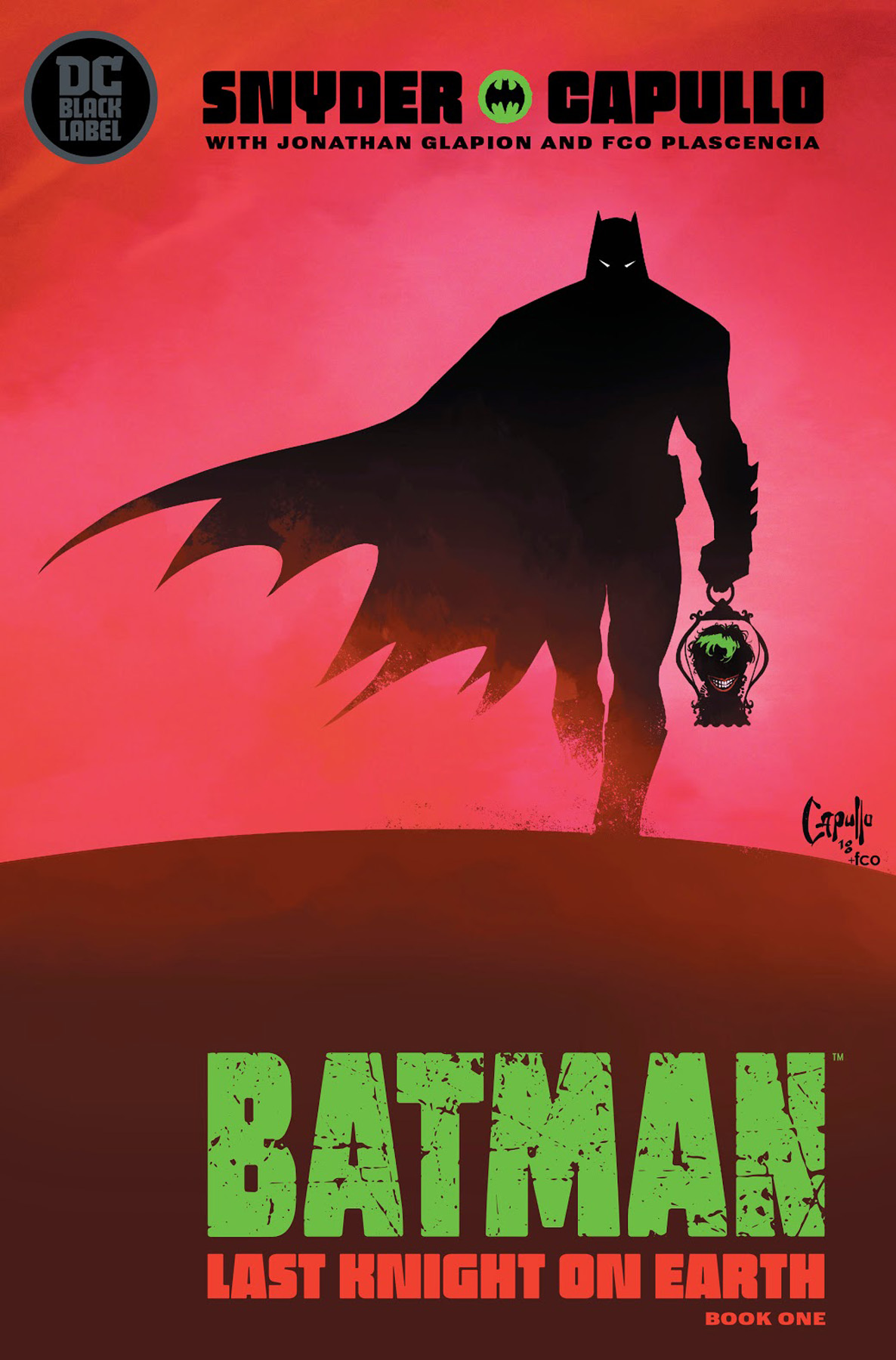 In Batman: Last Knight on Earth, we see Bruce Wayne trying to piece together a chaotic and war torn future that he wakes up to in a nightmarish experience in Arkham Asylum. As he explores this new and devastated world, he tries to figure out Batman’s role in it all, and how to wrest the power out of the hands of the villains that rule over whoever are left alive.

The comic reads a lot like a cross between Marvel’s Old Man Logan, and watching a sitcom’s re-run episode while having a drug induced fever dream. Events and situations are a little disjointed as the comic unfolds; obviously building the mystery up to a point which resembles what Batman himself is dealing with throughout the ordeal. As the story progresses, some puzzle pieces drop into place, while other new questions are raised. The comic sees all sorts of characters from the DC Universe making an appearance, in one form or another, but often not quite as one might expect them to.

Scott Snyder and Greg Capullo are both veterans in Batman comics, and to undertake this ambitious plot they’d need to be. It looks to be a complex web of intricately placed and revealed plot twists, heavily laden with subtext, while sneaking in some character appearances which only seem to further add to the spectacle and epic scale of the project. Without an experienced writer like Scott Snyder taking the lead on this one, I think it would be doomed to failure from the very first pages, but even with Snyder’s experience and obvious skill at writing in the Batman world, the comic still isn’t an easy read. Some of this is probably a case of not having all the information at the start of the comic, and I’m sure that as it goes, with more information coming to light, that things will start to fall into place a little easier. But even with that, Last Knight on Earth is some heavy reading, and a story which implies that it will go to some very dark places before all is said and done. 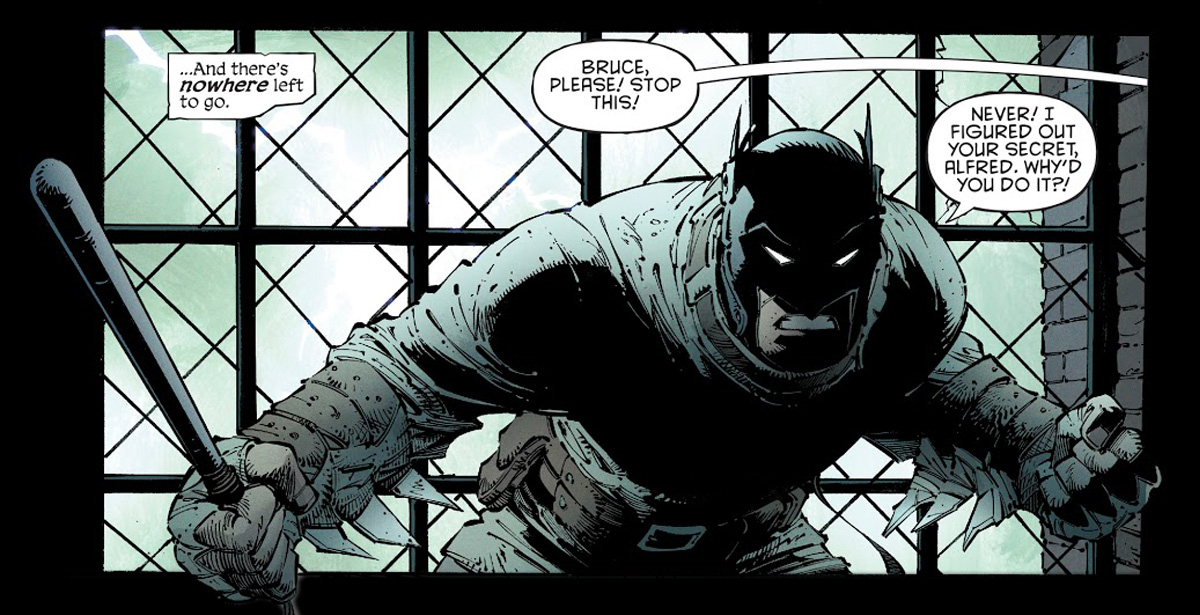 Greg Capullo’s artwork is on point, as usual, with some great iconic Batman poses and sequences. He also manages to capture the apocalyptic landscapes of the future setting with ease, and the dark and twisted re-appearances of some of the characters are represented with a sinister skill which gives them a fresh take while keeping their character and nature in line with their legacy. Together with Capullo’s writing, it makes for an entertaining, if demanding read. 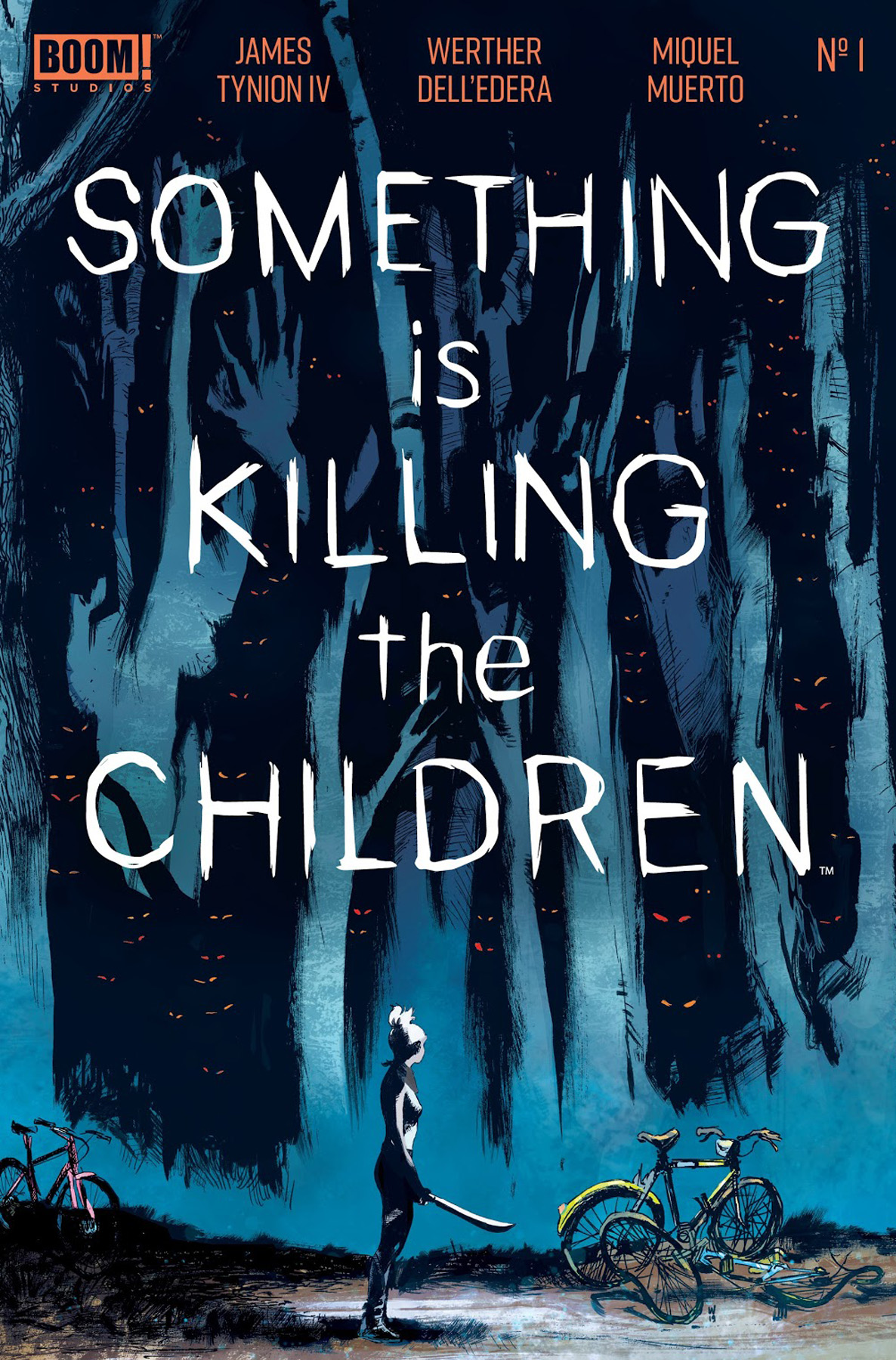 With Halloween sneaking up on us like a 7 foot psychopath with a bloody meat cleaver and standing on his tippy toes and wearing his Scooby Doo socks (so as to be more sneaky-like), I decided to look at a newish horror release from Boom! Studios, Something is Killing the Children. Well, if you had ever wondered to yourself, “what’s in a name?” pretty much the entire premise for a comic book, apparently. Something is indeed killing the children in the quiet little American town of Archer’s Peak. Emphasis on the “Something”.

Issue #1 is expertly put together, creating a sense of suspense and foreboding right from the first few pages, when a few young boys having a sleepover somehow becomes a grizzly and unexplainable massacre which completely baffles the sheriff’s department. As more children start to disappear, presumed dead, the atmosphere in the town becomes increasingly morbid and frayed, with everyone on edge and tempers flaring. By the time monster hunter Erica Slaughter comes to town to eliminate the threat, things are already in a bad state.

Writer James Tynion IV, no stranger to writing darker and sometimes creepy stories, like his previous work in Batman and The Woods, does a remarkable job of conveying the growing dread and uncertainty as the lurking evil plagues the town, while still mixing in a bit of a Hack / Slash vibe with their own slayer of monsters, Erica Slaughter. But the book definitely maintains a very ominous undertone throughout, and does leave the reader feeling that this confident monster hunter may be in for more than she bargained for on this assignment. 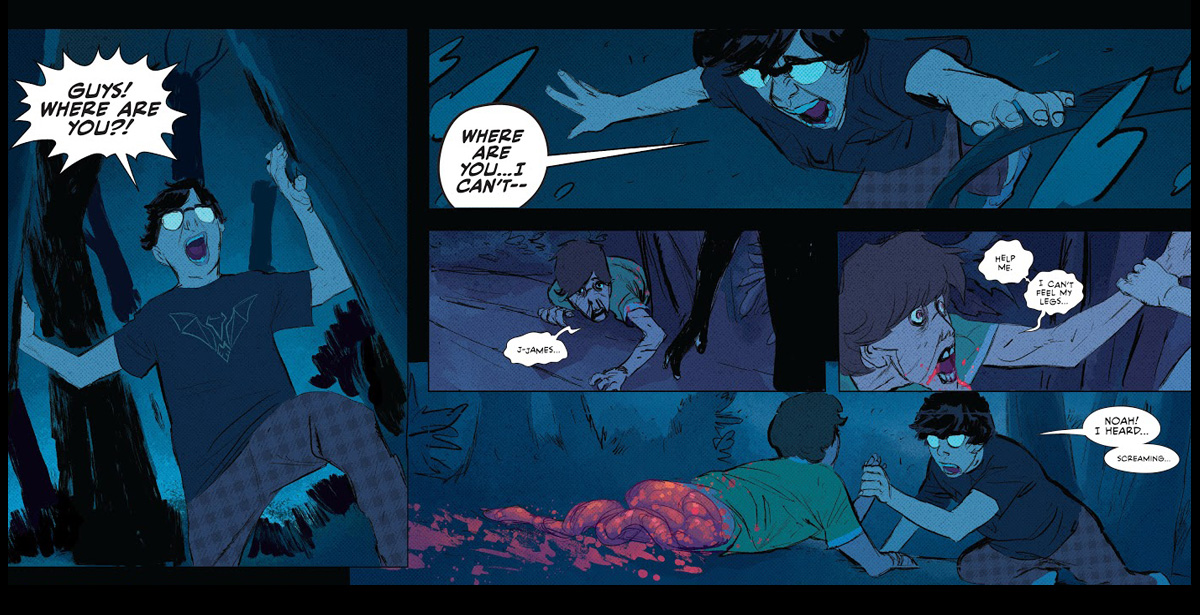 Dell’Edera has a very raw and vigorous illustration style, which adds greatly to the dark and disturbing atmosphere of the comic, and the use of rough strokes along with gloomy and shadowy colouring, gives the comic a very intense mood, and conveys the feeling of intensifying ambient wickedness as the story progresses.

Together, Tynion IV and Dell’Edera make an excellent creative team, who have produced an outstanding first issue of Something is Killing the Children, which has me very excited to see how the story unfolds.