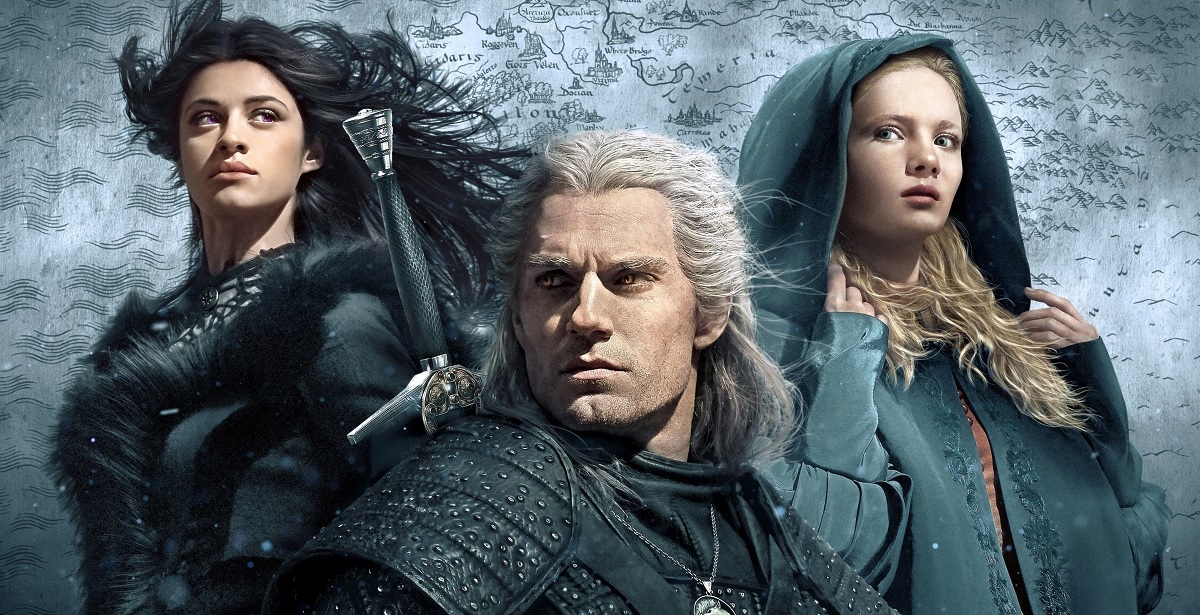 The Witcher found its success in the video game world, so the task of adapting its source material, the acclaimed novels from Andrzej Sapkowski, into a television format would always be met with hesitation for a number of reasons. Mainly, due to the novels having such a wealth of content, mythology, and lore to draw from, the television format would better work in its favour, but the finer details would need to be nailed down first. Netflix's task was gargantuan, aiming to please an extremely wide - and arguably very picky - demographic. Thankfully, The Witcher is superb in a lot of ways that could win the hearts of gamers and non-gamers alike. 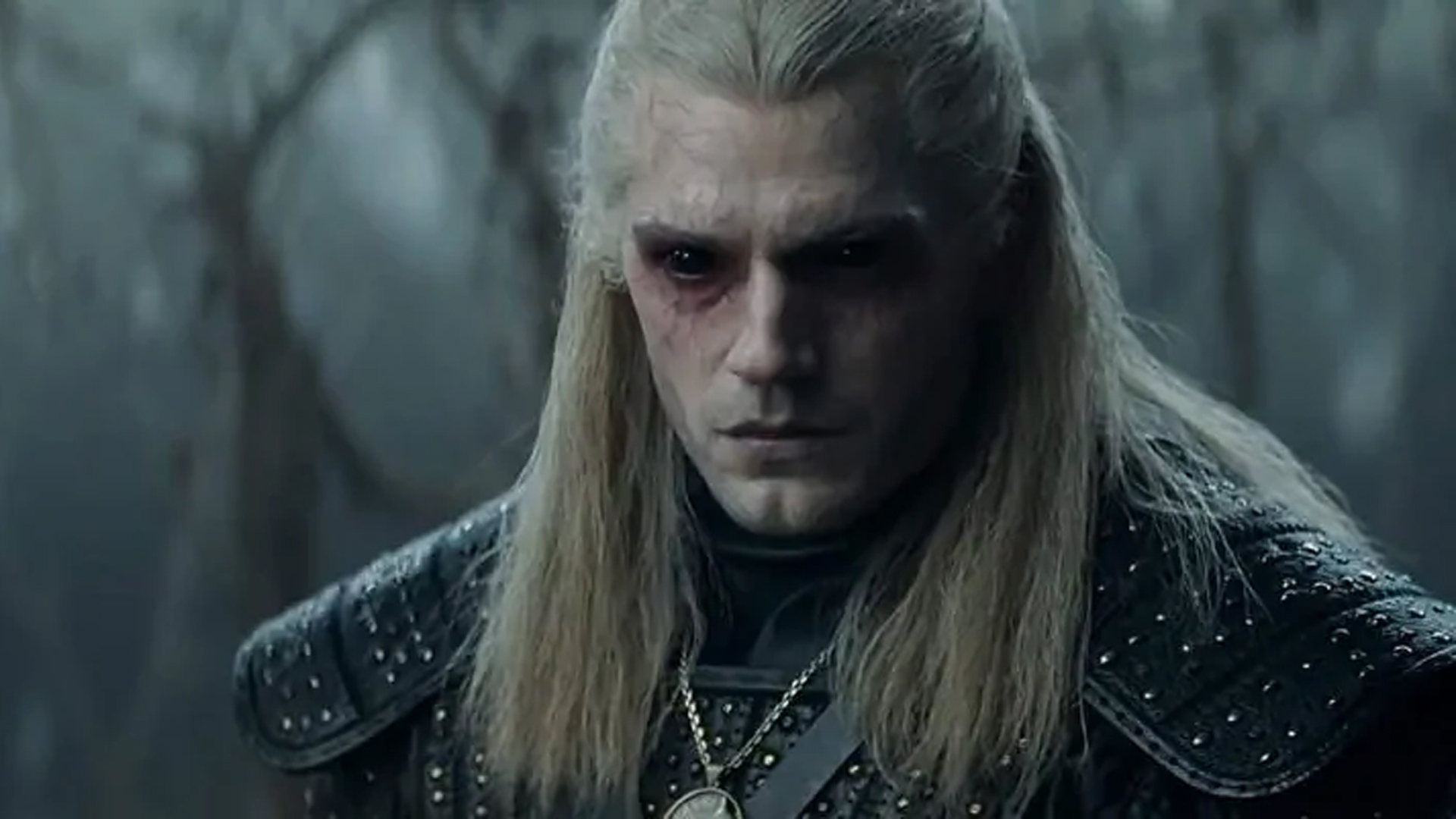 Following the tale of the titular Witcher, Geralt of Rivia, the story is told from the perspective of a handful of key players that expand this fantasy universe to always unique and interesting places. Geralt is a Witcher, a mutant bred from childhood to slay dangerous monsters; on the other end, an aspiring, deformed sorceress-to-be named Yennefer must overcome her insecurities to rise in the ranks. Finally, we follow Cirilla, the princess of a proud kingdom who inherits enormous power of her own. These three timelines are told mostly out of chronological order over the series' eight episode length, offering fantastic twists and turns.

...you can clearly tell that Cavill took tips from the gaming counterpart in voice, mannerisms, and demeanour.

Across the board, the performances are phenomenal. Henry Cavill, best known for playing Superman in Man of Steel, embodies the persona of Geralt amazingly well. For fans familiar with the games, you can clearly tell that Cavill took tips from the gaming counterpart in voice, mannerisms, and demeanour. It makes for a rewarding character to just simply watch become the one we're so accustomed to seeing. Freya Allan does an equally great job of portraying a young Cirilla (or better known to some as Ciri). I was pleasantly surprised with Anya Chalotra's turn as Yennefer too, as her heart-breaking backstory and performance delivers some of the strongest emotional highs of the show. Chalotra and Cavill's romantic chemistry, much like the games' characters, is maturely handled, and refreshing in its unconventional nature at times. 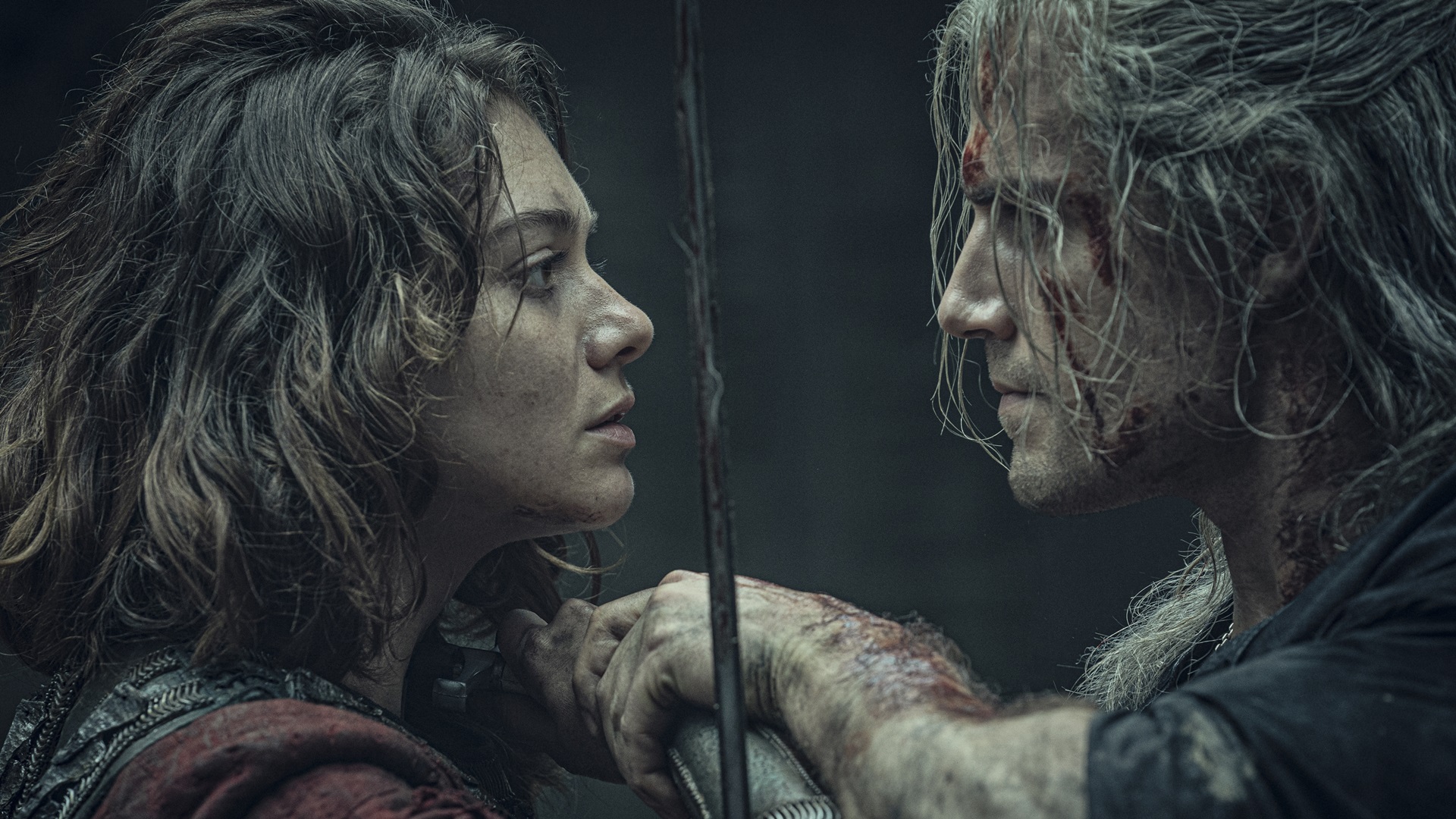 Unfortunately, as far as characters go, there was one huge missed opportunity in the character of Triss. While the actress, Anna Shaffer, is perfectly fine in the role, I couldn't help but feel that her character was far removed from the one we're so familiar with in the novels. She comes across as too stoic to embody the bubbly, snarky charm of Triss, instead feeling like an unintentional impersonator. Of course, there's plenty of time to remedy this in the next season, which I sincerely hope they do before she's relegated to being one of the lesser known and underused background players. On a lighter note, I was pleasantly surprised with Jaskier (or "Dandelion", for the gaming folk), Geralt's roaming sidekick bard who comes up with some of the catchiest songs I've ever heard in a fantasy show or movie (you know what I mean, oh valley of plenty). His camaraderie with Geralt is charming and often quite hilarious.

For source material as mature as The Witcher, I feared that Netflix might tone down its violence and sexual content, but thankfully, they leaned into it a lot more than I expected, reminding me of an unfiltered production from an HBO series. The Witcher has plenty of violence, horrific creatures, and nudity to make even Game of Thrones blush, and faithfully captures the essence of its Polish mythology without restraint. Geralt's vulgarity is especially perfect in all its comedic timing. 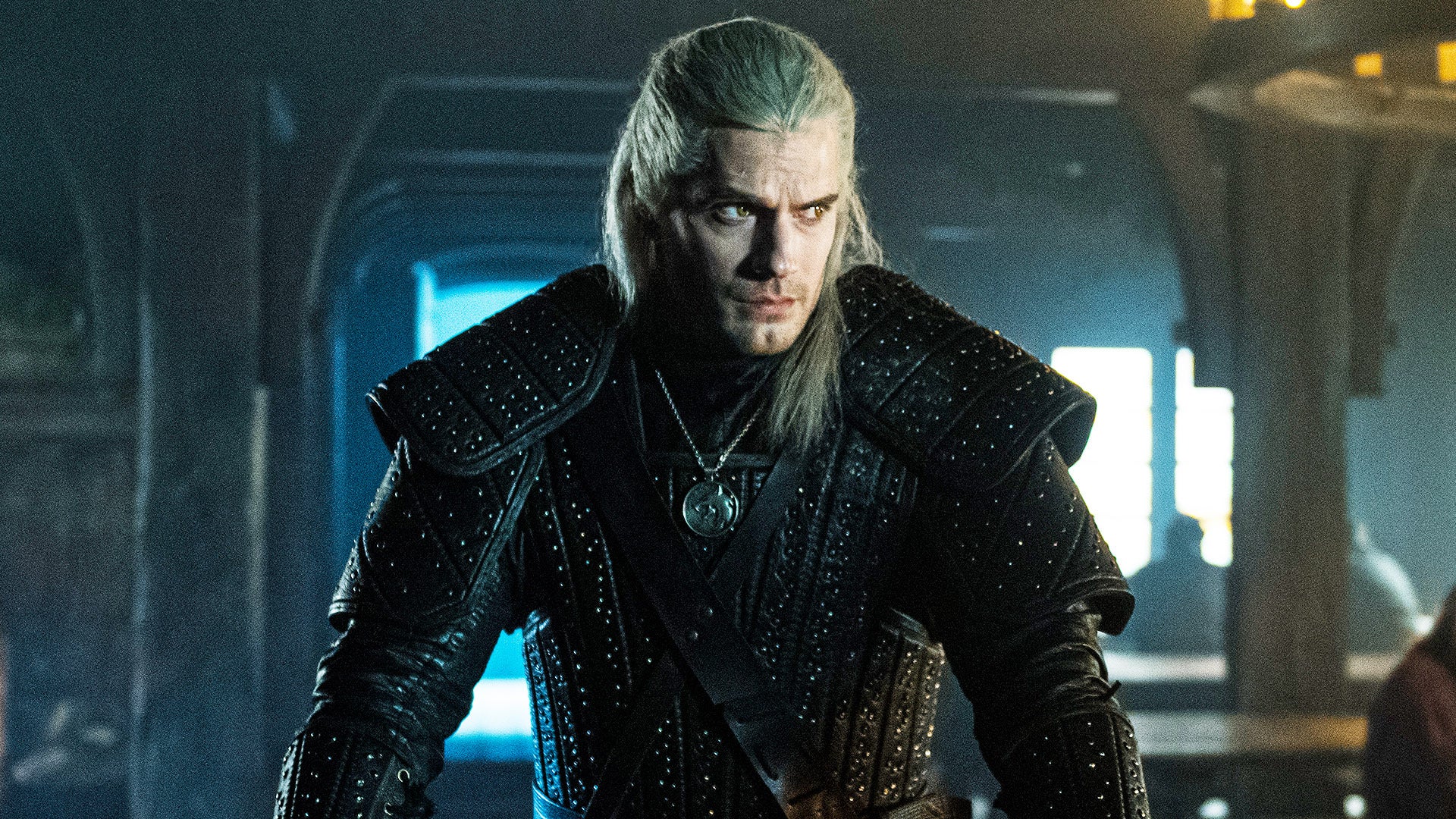 As previously mentioned, the show is structured in a rather unconventional way. In the first couple of episodes, it plays out fairly straight-forward in terms of an easy-to-digest narrative, but after episode 3, the show bounces between timelines that might confuse at first (made especially convoluted without title cards to give us context to the time periods). However, paying close attention rather rewards viewers for being observant and attentive, and it clicks together wonderfully in the final episode. I appreciate that a show is able to treat its viewers with intelligence, rewarding patience and understanding. Although, with all that said, it does come at the cost of a few very minor but nagging pacing issues that could be smoothed out in the second season.

...the first season lays an incredible foundation for subsequent seasons and terrific stories to catapult off of.

From the moment the first episode eases us into the world of The Witcher, I could tell that it was made by fans of the source material - those who respect its intricacies, and wanted to make sure that the world and its rules were as faithful to the novels as possible. While we haven't quite explored every aspect of the world just yet (Kaer Mohren and the Wild Hunt, we wait for you!), the first season lays an incredible foundation for subsequent seasons and terrific stories to catapult off of. There's so much potential going forward for this show, and I'm glad that Netflix managed to make a great first impression with what they had. Now let's just get Mark Hamill into Vesemir's shoes, and life will be complete. 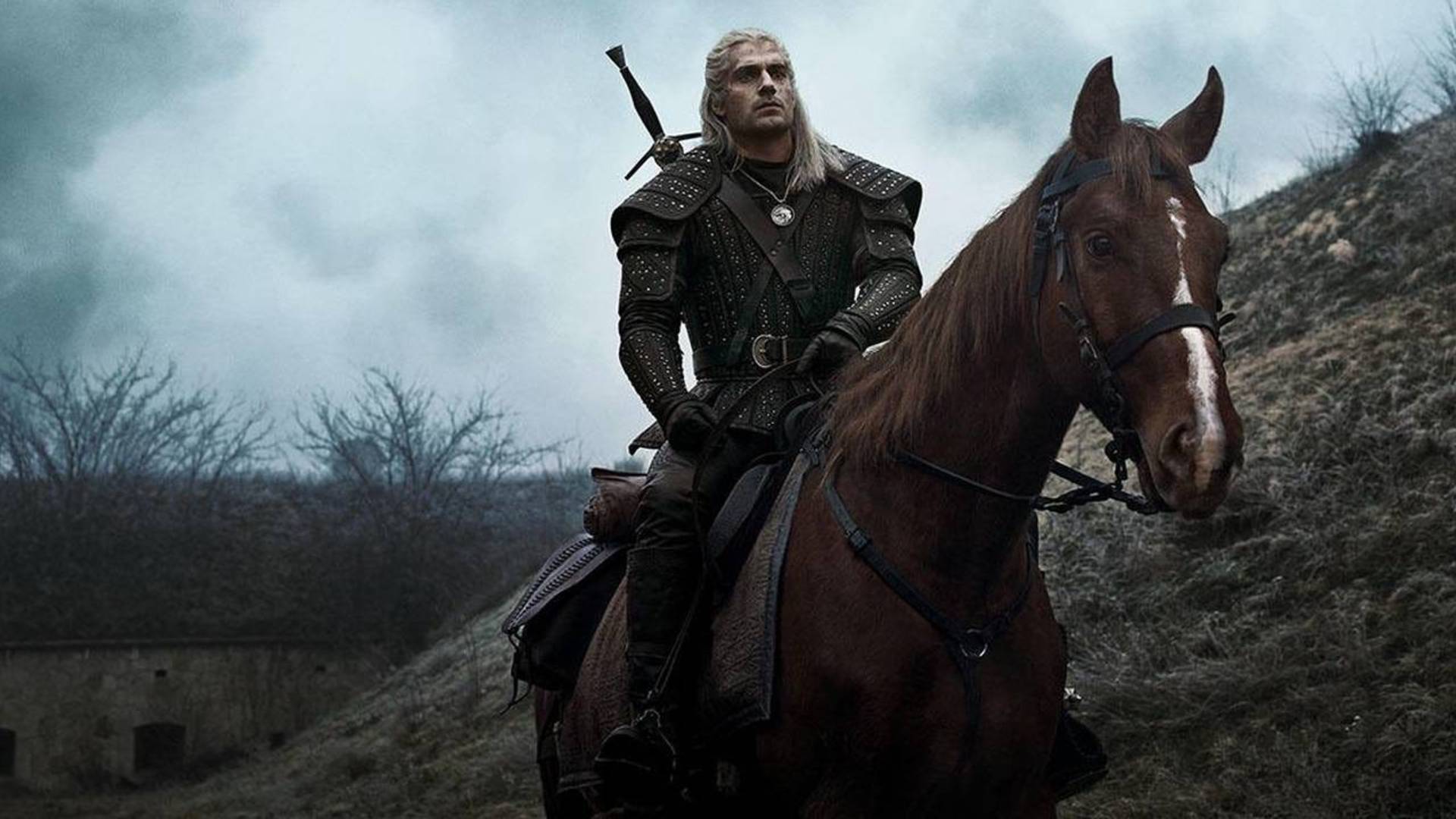 I tend to find that the biggest problems with series' is that they squander their often limited budget, and it ends up hurting the visual effects and CGI. I was extremely happy to see The Witcher exceed my expectations in that regard. The visual effects are stellar, and maintained to a very high, big budget Hollywood standard throughout the season. This is evident from the very first scene of the show, which opens with a spectacular (albeit short) showdown with one of the many monsters in the universe. The finale, of course, throws a lot of CGI our way with a nail-biting - and very clever - battle sequence, helmed with very high quality visual effects too.

As much as the visual effects and faithful world-building was on point, the costume design ranged from beautiful to downright ugly. Geralt's attire, along with Yennefer's an Ciri's, are great, but then you come to the villains of the show, the invading empire of Nilfgaard, and realize their armour is absolutely horrid. What happened here? It's bulky, looks uncomfortable, and is clearly impractical as the show points out in every action scene. Maybe there's still some time to fix this in the next season, but I highly doubt it, which is a shame considering that we're supposed to be fearful of Nilfgaard. I only felt a chuckle coming along now and then.

Despite some grievances, I enjoyed every episode of Netflix's The Witcher. I never thought I'd see the day where an adaptation of a source material so near and dear to the hearts of not only gamers, but the book fanatics, would be so well realized on the format. The first season, though only slightly held back by its few instances of weak timeline-hopping pacing, makes a strong argument for itself to become the next biggest fantasy show after the tragic death of Game of Thrones. I can't wait to see its potential fully embraced, and how it tackles some of the more familiar mainstream stories and plot threads to come.
8.6

Lurch
Just wrapped up the series and, if you;re going in with no knowledge of the books, it's ok but you can tell they've rushed events. The finale does a great job of spedning half the episode on an extended battle sequence that has little to do with the overall plot. Even the books treat events as backstory to keep thigns vague but I guess they wanted their big fantasy battle moment?

What bothers me most is how they've butchered the timeline and personalities of certain characters - including Geralt in the final episodes - all of whom have to come together if they plan on following on with the events of the 5-part novels.

Lurch
I've enjoyed it but it helps that I've read the books; without locations or dates at the start of some scenes, missing a line of dialogue can leave you really confused. They're sticking reasonably closely to the books (a mix of The Last Wish and Sword of Destiny) so I've been thrilled to see their take on events. Cavill does a great job at Geralt, and the rest of the cast is solid.

My major issues are the lacklustre CG and/or props, and I can't help feel Yennifer's backstory should have been covered in dialogue/flashbacks and they spent more time covering her interactions with Geralt. The series jumps foprward rapidly without the audience realsising how much time they've spent together and apart.