A premium motherboard at an affordable price tag 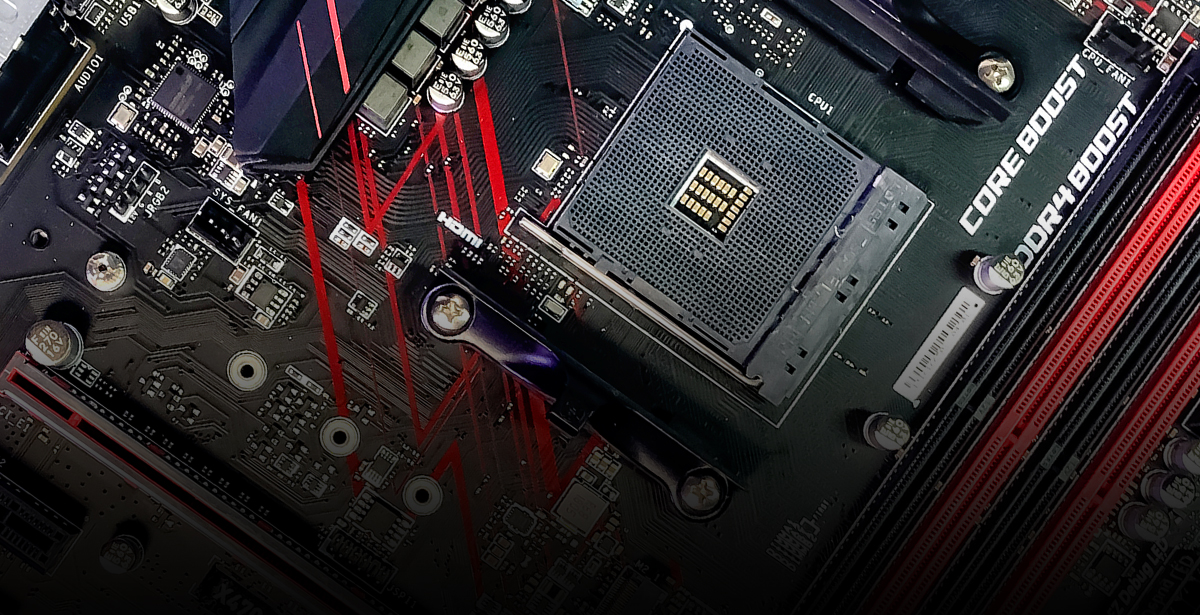 Motherboards are often left as an afterthought when it comes to building a PC, with CPUs and GPUs, even RAM, taking presidence. However, a motherboard is actually one of the most critical components in a PC, as it acts as the central communication platform between parts, kind of like the Central Nervous System in your body. The MSi X470 AMD Gaming Plus is a fantastic way for you to get the most of your components, and is a fantastic CNS for your computer. 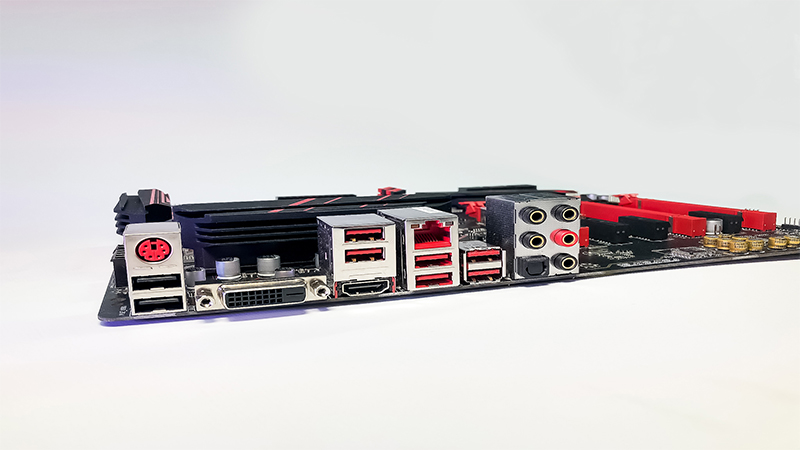 Unboxing a motherboard is one of the single greatest things about unboxing PC parts, because it’s like staring at the naked skeleton of your new system. You look at the empty CPU socket that’s about to be filled with the glorious brain that is your chip; you see the four DRAM slots next to that, with red and black colouring; the incredible matte heatsinks with cuts of red colouring; the sleek design of capacitors scattered throughout the board; angled SATA ports for beautiful cable management; finally, the reinforced PCIe 3.0 x16 slot for the biggest graphics cards out there.

If you didn’t catch the sensual tale happening there, the MSI X470 Gaming Plus is a truly good-looking motherboard. The ATX form factor board offers an AM4 socket, which houses any AMD Ryzen chip (including 1st gen), but was mainly built to house the X-series Ryzen chips, due the overclocking support the board provides. The 4-slot, dual-channel RAM slots are cross-coloured black and red, to fit the ‘gaming’ aesthetic. The steel-plated PCIe 3.0 X16 slot keeps graphic cards firmly in place, reducing the risk of your card dropping and ensuring optimal connection with the board. Furthermore, there are three PCIe x1 slots for network cards and additional USB hubs.

The 4-slot, dual-channel DIMMs on the X470 Gaming Plus are cross-coloured black and red, to fit the ‘gaming’ aesthetic, and supports up to 64GB total RAM capacity, at 3466MHz memory frequency, if overclocked. You won’t need to worry too much about SSD/HDD ports as the X470 Gaming Plus offers six angled SATA 6gbps ports to choose from. All of this is powered by an 11-phase power design, which is what provides the wonderful stability. 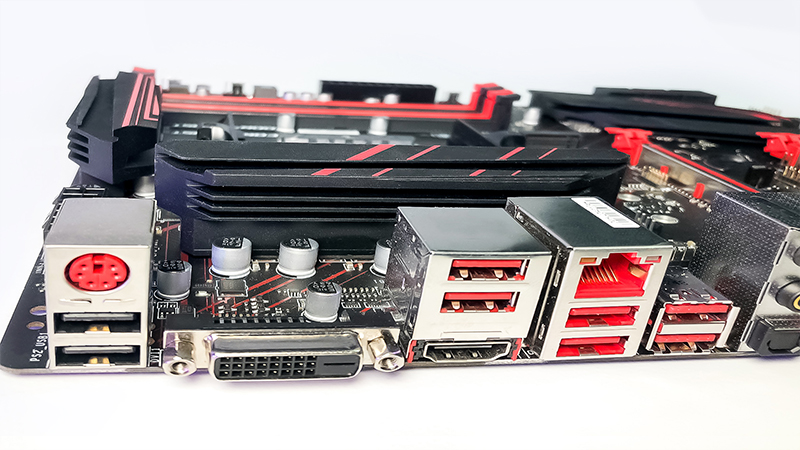 Speaking of, MSi has a running idea that this is a ‘gaming’ BIOS. Essentially, the BIOS has been specifically catered for gamers, in that the BIOS has been optimised to enhance overclocking support and stability. The BIOS offers an Easy and Advanced mode, allowing newcomers to the PC scene an easy way to navigate the BIOS, as well as full functionality for overclocking enthusiasts.

The MSi X470 Gaming Plus boasts Turbo M.2 for both NVMe drive slots, with the top slot being a PCIe 3.0 x4 and the bottom a PCIe 2.0, providing significantly higher read/write speeds, as well as Audio Boost to enhance the sound quality through 192kHz 24-bit output. DDR4 Boost provides up to 1.5x the performance from your DDR4 memory, and MSi have boosted their USB 3.1 GEN2 slots on the I/O to almost double the transfer speeds. Thankfully, MSi have included EZ DEBUG LEDs on the X470 Gaming Plus, for you to see which component is causing post errors or boot loops.

Another nifty feature that MSi has included is a Clear CMOS button, which overclockers love because it offers a quick and easy way for us to reset the CMOS without needing to remove the battery each time. However, a feature that I have seen make a frequent occurrence, especially on the MSi boards, is the CMOS self-reset. Basically, if you have overclocked various parts of your rig, and they happen to fail during boot, the motherboard will automatically clear the CMOS for you after the fourth failed boot attempt. This saves you the hassle of having to hit the Clear CMOS button, if you have already put your side panel back on, and it just adds further convenience.

Overclocking is where the MSi X470 really shines. I set off to push my Ryzen 7 2700 to the max, and after establishing the baseline performance in games, I jumped into the BIOS. I tweaked and tinkered in the firmware for a good couple of hours, running into the boot issues (totally on purpose, to test the self-clearing CMOS, you know) I finally managed to push the chip to a whopping 4.4GHz … or so I thought. Booting into Windows was just not happening, and after I dropped the frequency down, Aida64 crashed time and time again.

However, I discovered it was my RAM holding me back, and after I set the memory to 2666MHz, the chip stabilised at 4.0GHz, with a voltage of 1.408. These seemed to be the optimal settings for my overclocking on the board, and I was seriously impressed with it, considering the 2nd Gen Ryzen CPUs have a reputation for not having much OC headroom, so to squeeze an extra 800MHz from the 3.2GHz base chip was incredible.

After running a couple more Aida64 stability runs, I decided to take it into the one area that matters the most: gaming. I tested a hosted of different titles, varying from graphical intensity, rig cripplers, and CPU hogs, including: Deus Ex: Mankind Divided, The Witcher 3, Overwatch, Battelfield V, Crysis 3, Agents of Mayhem, and Fallout: New Vegas. The parameters of this test include: Ryzen 7 2700, Nvidia GTX 1080ti Gaming X Trio, 8GB RAM, and, of course, the X470 Gaming Plus. 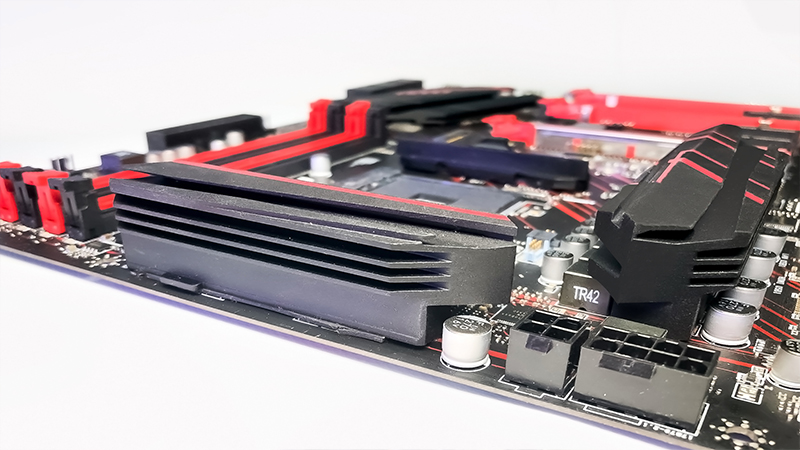 First, Deus Ex absolutely annihilated the system, sitting at an average of 30-40fps on Ultra settings at 2160 x 1440p. Reducing the resolution didn’t really change much, staying relatively on par with the 1440p performance at 1080p. The overclocked CPU, which was stable thanks to the clocking support from the X470, sped some NPC rendering up a good deal, and ensured that when I was getting shot at, my frames didn’t dip. The enhanced communication through the motherboard from the CPU to the GPU also meant that my game, while crippling in framerate, didn’t stutter or crash.

Next was The Witcher 3. Thankfully, while GPU intense, the Witcher 3 isn’t a system crippling game, so I was able to get a good reading. The Witcher 3 averaged 60-80fps on Ultra settings, with HairWorks on, and never once gave any problem. Overwatch was my e-sports title to test with, and remained in the 150fps range, with settings maxed out. Battlefield V was similar to The Witcher 3 in its performance, and although I would have liked to see better frame rates, the game was incredibly stable, and the same can be said for Agents of Mayhem. Fallout: New Vegas was my chosen ‘Old but Gold’ title to test with, and thanks to the massive expansive world, I could see what the OC chip could really do as well. Fallout averaged at around 100fps, with all settings cranked to max, and once again, it was phenomenally stable.

I only have two complaints, and they are minor at best, and that is the lack of M.2 drive heatsinks to assist with heat transfer off of the sticks. This would be phenomenally helpful if you are setting up the drives for RAID support, however, RAID isn’t as common for those outside of server and NAS building. The second is a seriously subjective con, and that is increased RGB customisation through Mystic Light. Currently, there are only seven colours to choose from with seven effects. The effects were perfect for me, but I would have appreciated true ARGB customisation. Again, this is only really a wish more than a con, and it has no effect on my opinion on the performance of the board. 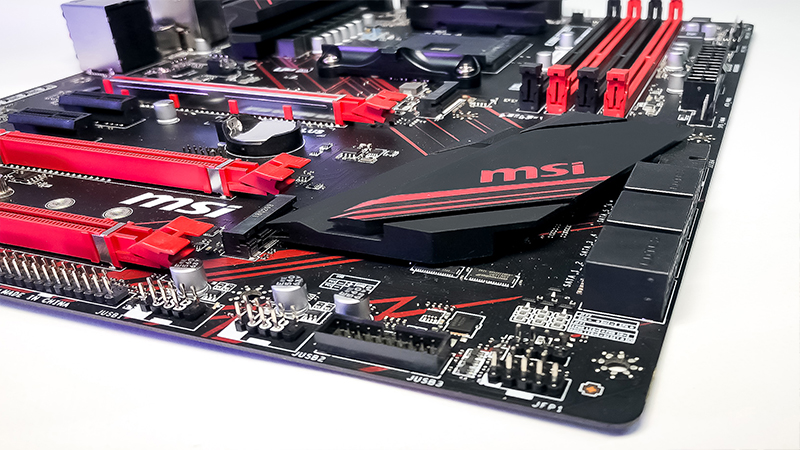 Overall, the MSi X470 Gaming Plus is an affordable (R 2999,00) premium motherboard, packed with features and support for the ultimate gaming set up. With the amazing overclocking support and space for up to six SATA 6Gbps drives, 2 M.2 drives, and a reinforced PCIe 3.0 x16 slot – as well as the customisable RGB support – the X470 Gaming Plus is an excellent choice, no matter what you are looking for.

Lack of heatsinks on M.2